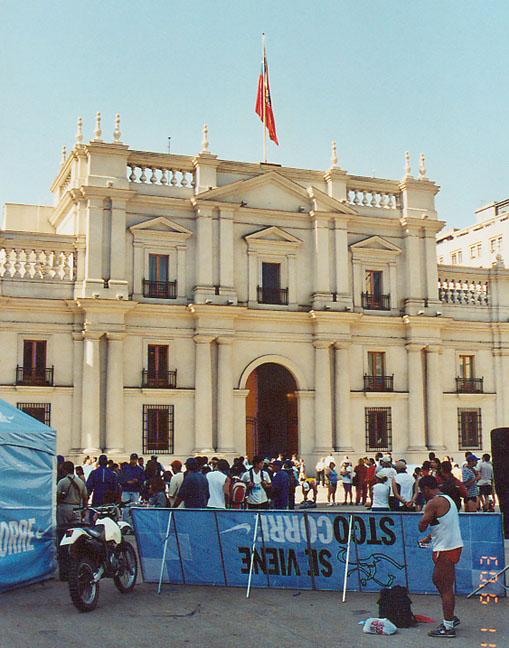 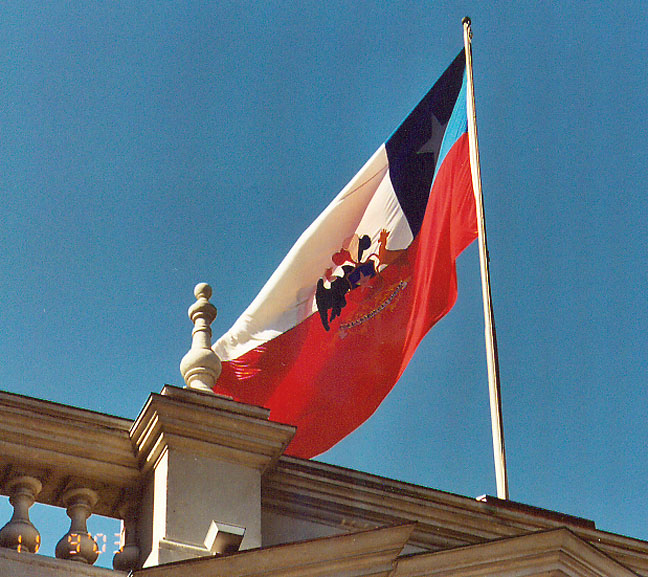 flag of Chile with government seal 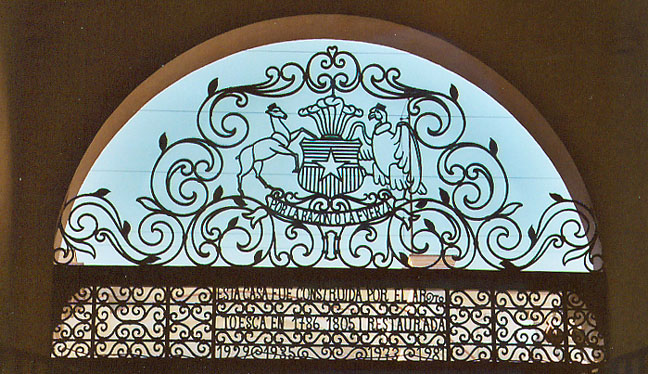 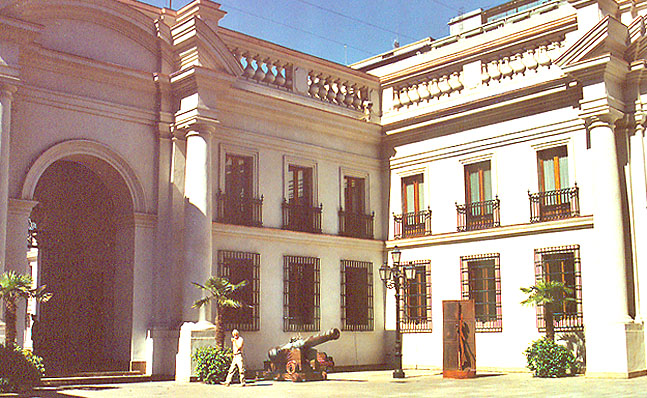 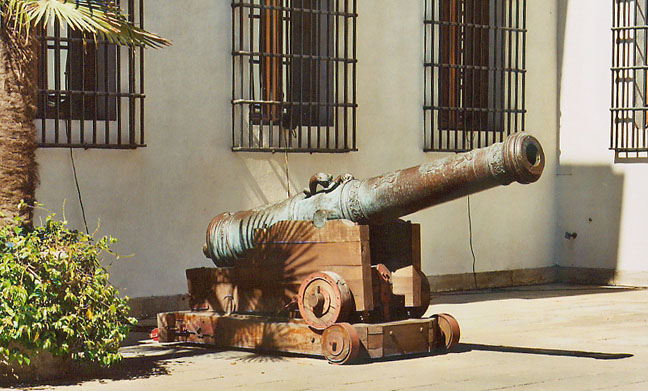 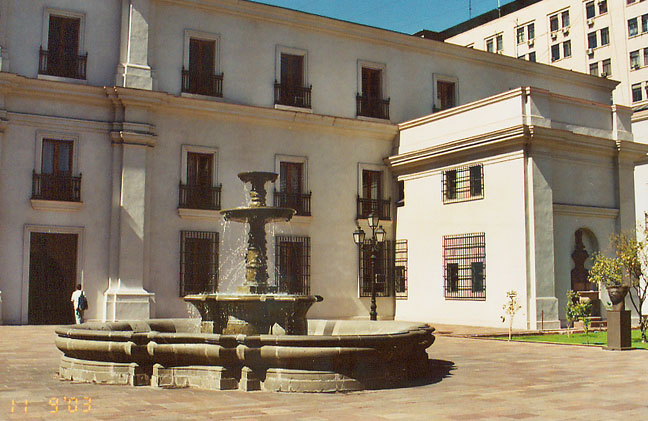 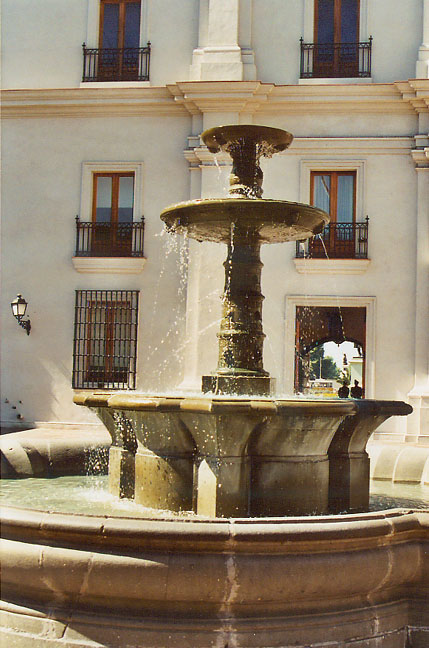 the fountain
looking through the doorway to O'Higgins street 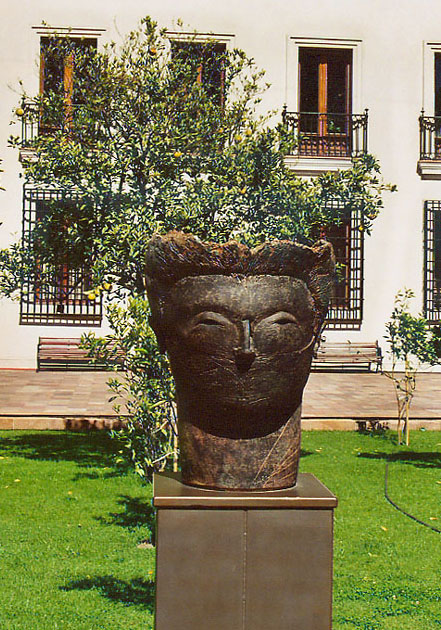 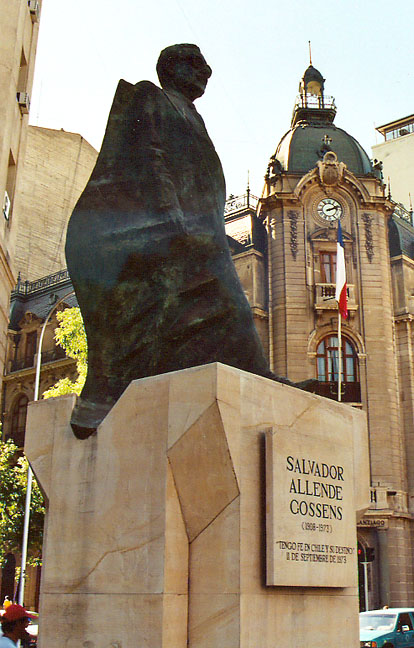 Allende Gossens, Salvador (1908-1973), president of Chile (1970-1973). Allende was the first Socialist to be elected president of Chile, but he was overthrown and died during a coup that ushered in 16 years of military rule.

Allende was born in Valparaíso, Chile, to an upper middle class family. As a student at the University of Chile he became involved in radical politics, espousing Marxism. He was arrested twice for his activism and suspended from school for a time. After completing his medical studies, he helped to found Chile's Socialist Party in 1933 and was elected in 1937 to the lower house of Congress, where he developed a reputation as a champion of the poor. He served as national minister of health from 1939 to 1942, and was especially concerned with the social causes of ill health. He became leader of the Socialist Party in 1942 and was elected to the Senate in 1945.

Allende ran unsuccessfully for president in 1952, 1958, and 1964, a period that saw increasing pressure within Chile for economic and political change. In 1970 Allende ran again as the candidate of Unidad Popular (Popular Unity), a coalition of the Socialist, Communist, and other political parties. In a three-way race that included a conservative and a centrist candidate, Allende narrowly won the presidency, receiving just over 36 percent of the vote.

Allende called for profound social and economic change in Chile but also for continuing traditional democratic political institutions. His policies aimed to improve conditions for the poor and diminish the role of private property and corporations, especially foreign-owned companies, in Chile's economy. Allende called this the "Chilean Road" to socialism, via peaceful democratic elections and legislation, rather than through violent revolutions, such as those of the Union of Soviet Socialist Republics (USSR) or Cuba.

In pursuing his goals, Allende increased the speed of land reform, breaking up large estates and giving land to poor farmers. He nationalized many businesses, including coal, steel, and the vital copper industry. His government also froze prices, raised wages, subsidized milk, and made medical care and education available to children.

Some of these measures had broad support. The nationalization of foreign-owned copper mines was unanimously approved by Chile's Congress, even though the legislature was controlled by Allende's opposition. Other measures provoked resistance from the middle and upper classes, who opposed state seizure of private property. While these sectors thought Allende had gone too far, many of his supporters-including organized labor, poor farm workers, and the Socialist Party-thought he had not gone far enough. They participated in strikes, land and factory takeovers, and demonstrations to demand further changes.

Allende, who had won the presidency by a slim margin, never gained majority support within Chile. He also had many foreign opponents, especially the United States government, which was hostile to Allende's Socialist policies and opposed nationalization of companies owned by United States corporations. Under President Richard Nixon, the United States sought to prevent Allende's inauguration and then to speed his overthrow through economic pressure and covert aid to his opponents. The United States discouraged new private investment in Chile and blocked funds from the International Monetary Fund, World Bank, and Interamerican Development Bank. The U.S. Central Intelligence Agency secretly sent at least $10 million to Chilean groups that opposed Allende.

The U.S. pressure and Allende's policies contributed to problems in Chile's economy, which suffered from high inflation and food shortages. Violence and unrest increased as the population grew more sharply divided between supporters of radical reform and opponents of the Allende government.

On September 11, 1973, Allende was overthrown in a violent military coup led by General Augusto Pinochet Ugarte. During the coup Allende was offered safe exile but chose to remain in the presidential offices, which were attacked with rocket fire and besieged by army troops. When the siege ended, Allende was found dead of bullet wounds. Official reports state that Allende committed suicide, but many assert that he was assassinated by the invading soldiers. 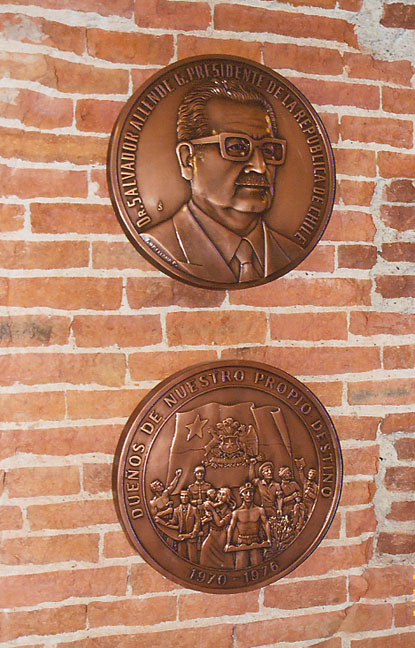 commemoration for Allende at the interior room where he died 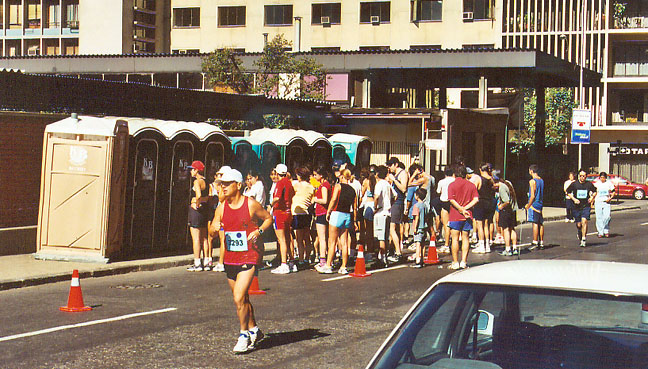 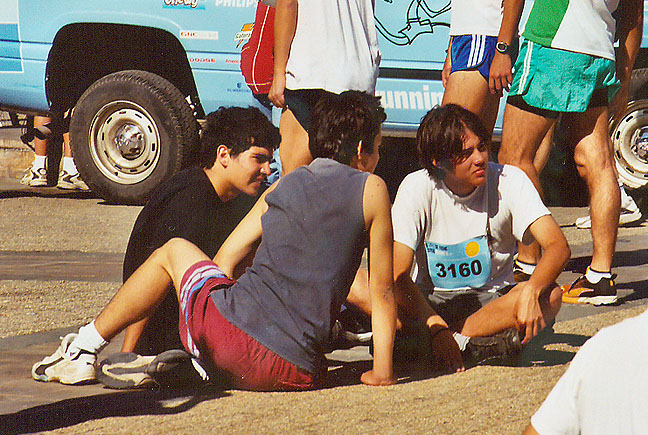 ready for the run 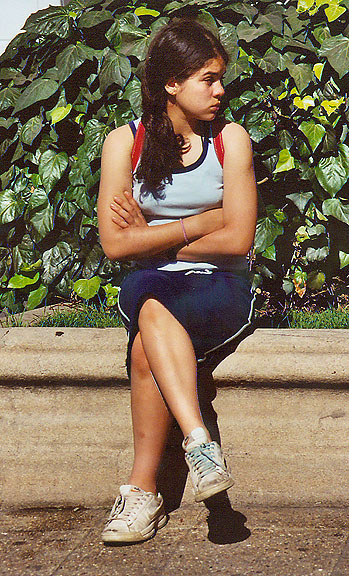 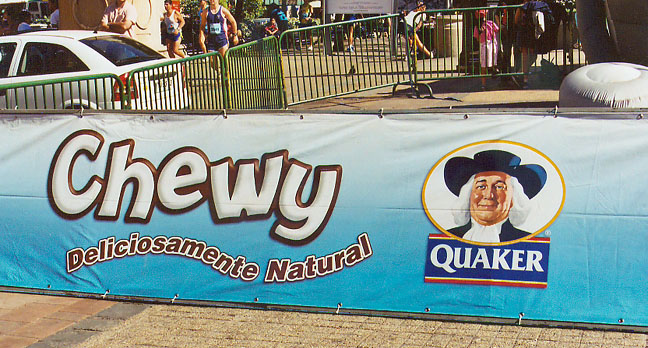 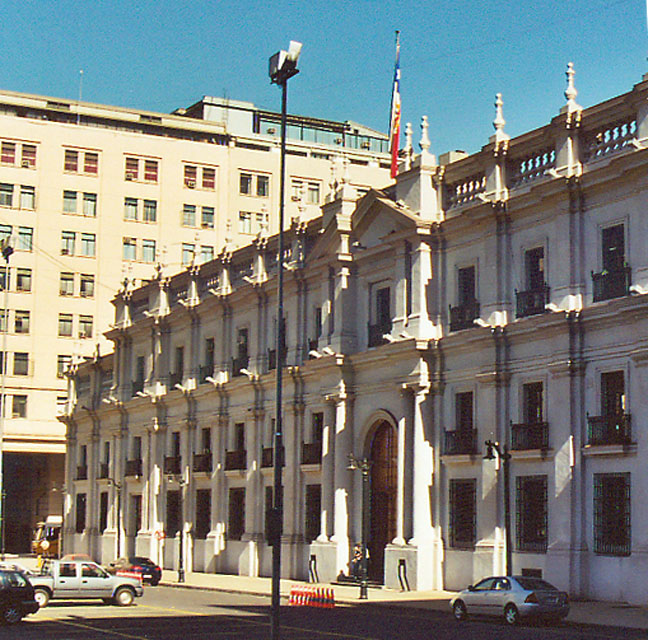 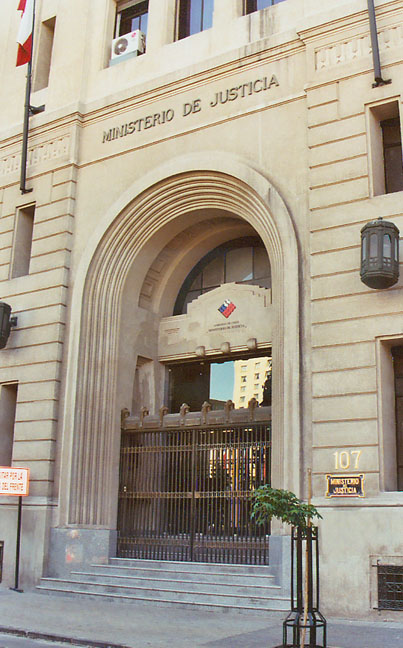 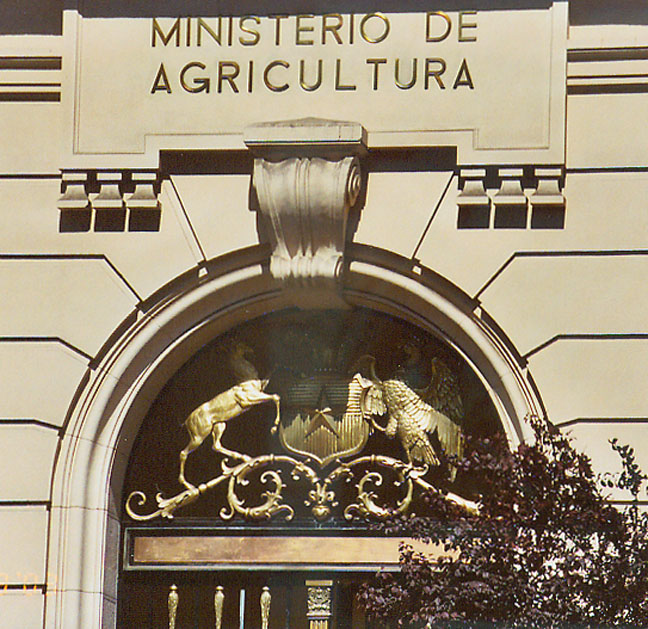 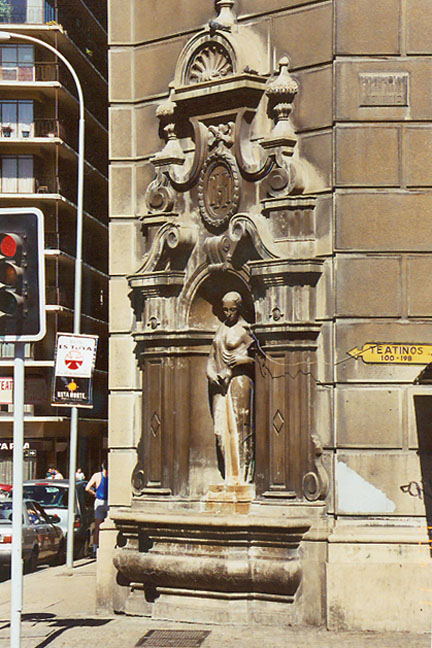 On the corner of the Plaza de la Constitución 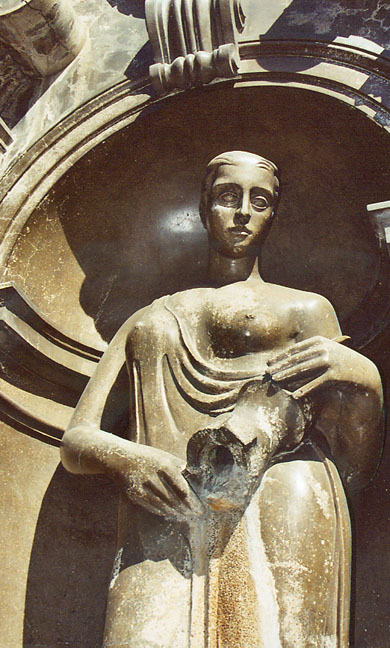