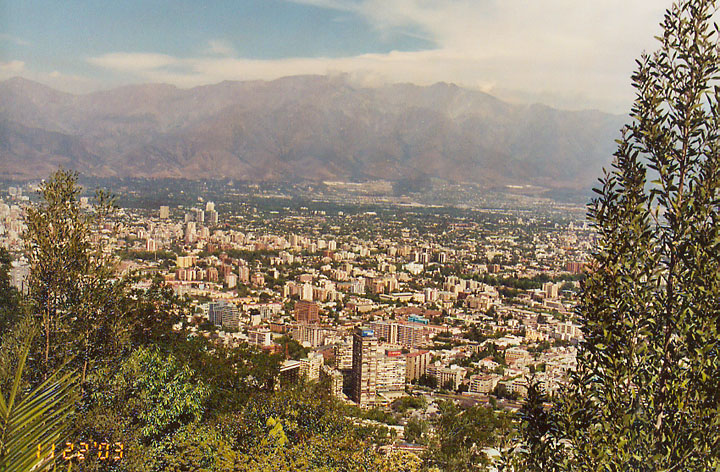 Santiago as seen from the heights of San Cristabol 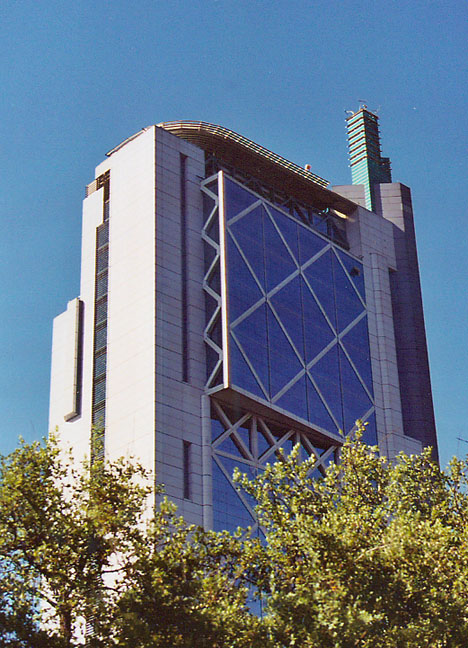 Santiago (Chile), capital city of Chile, on the Mapocho River, in the central part of the country. Santiago is situated at an elevation of 520 m (1,700 ft) on an alluvial plain, with the snowcapped Andes Mountains visible to the east. It is Chile's largest city and its principal commercial, manufacturing, transportation, and cultural center. Major manufactures of the metropolitan area include processed food, textiles, metal and wood products, clothing, and chemicals. Government activities and tourism are also important to the economic base. The city is served by an international airport. 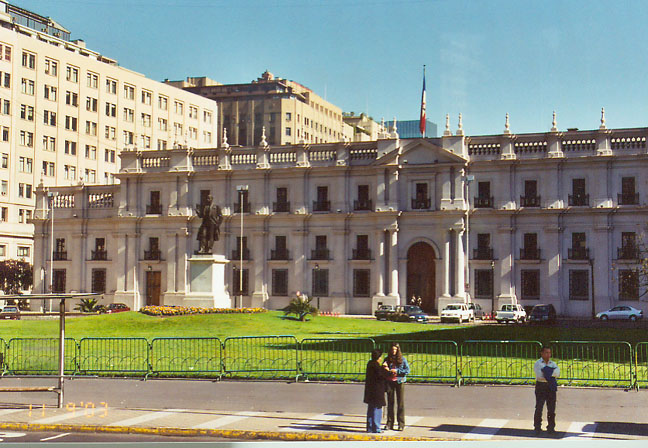 More Photos of the Moneda Palace 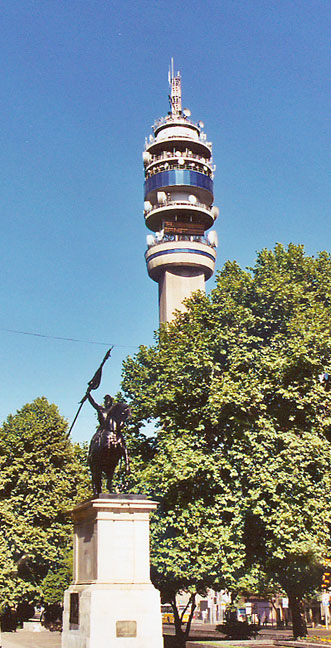 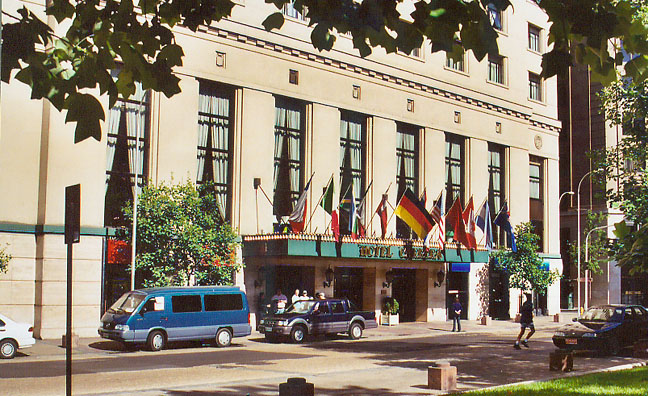 the Carrera Hotel
(soon to be taken over by the government) 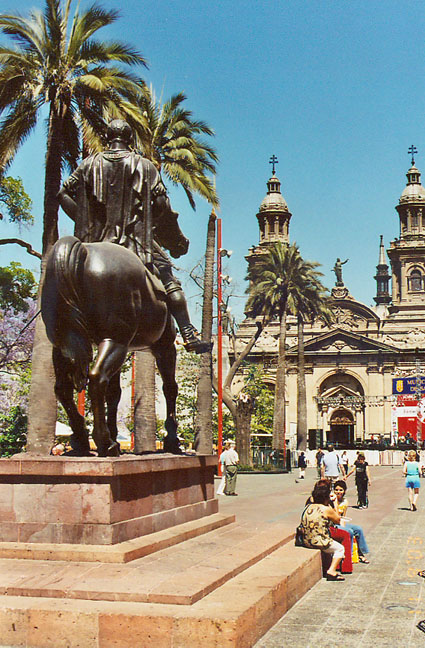 Among the many museums in the city are the National Historical Museum, with collections from the pre-Columbian, colonial, and independence periods; the National Museum of Fine Arts; the Contemporary Art Museum, in Forestal Park; the Art of the American Peoples Museum, with a collection of Chilean folk art; the National Museum of Natural History; the Natural History Museum of San Pedro Nolasco; and the Salvador Allende Museum of Solidarity, which features contemporary art by artists from around the world. Other points of interest are a zoological park, the 16th-century cathedral, and the Presidential Palace, built in the early 19th century. 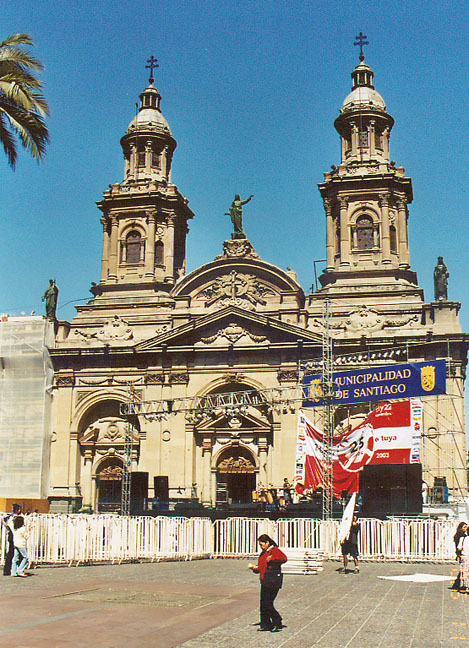 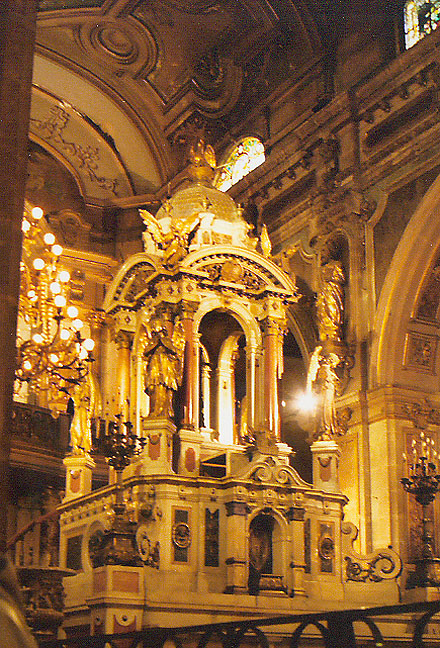 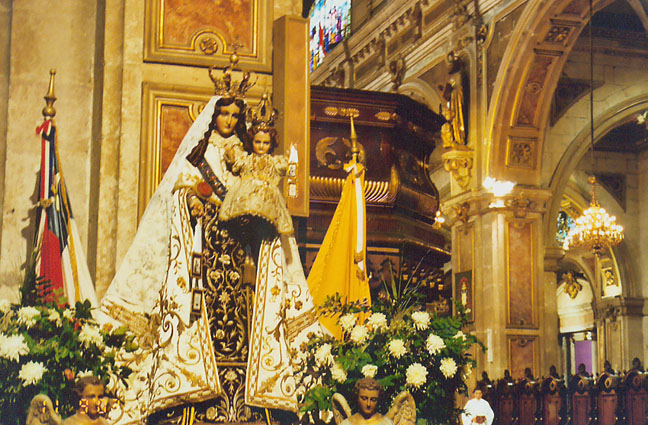 Santiago was established in 1541 by Spanish conquistador Pedro de Valdivia in an area inhabited by the Picunche people. In 1647 the community was severely damaged by an earthquake. In 1651 Santiago was made an Episcopal see, and when Chile achieved independence in 1818, it became the nation's capital. The community has periodically been damaged by severe floods, and it repeatedly suffered from civil strife in the early 1970s. Population 4,703,954 (1998). 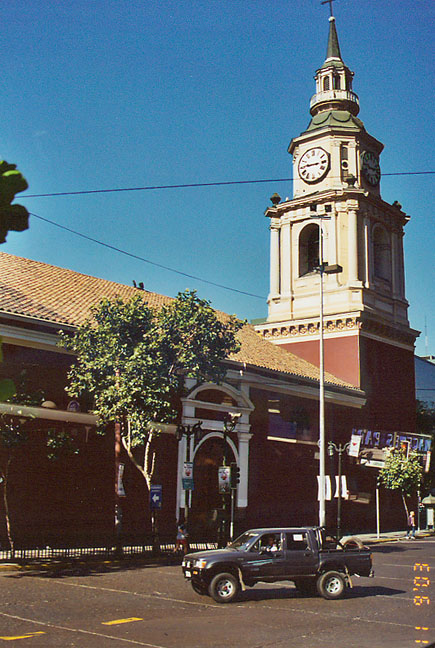 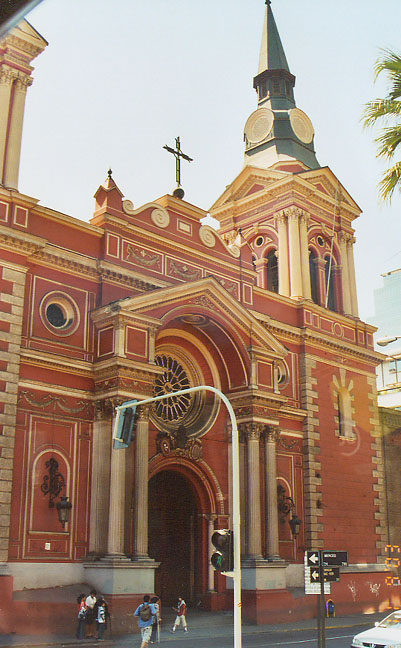 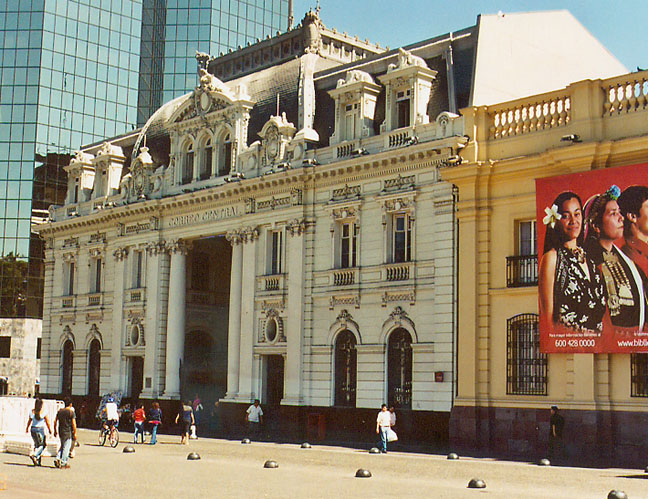 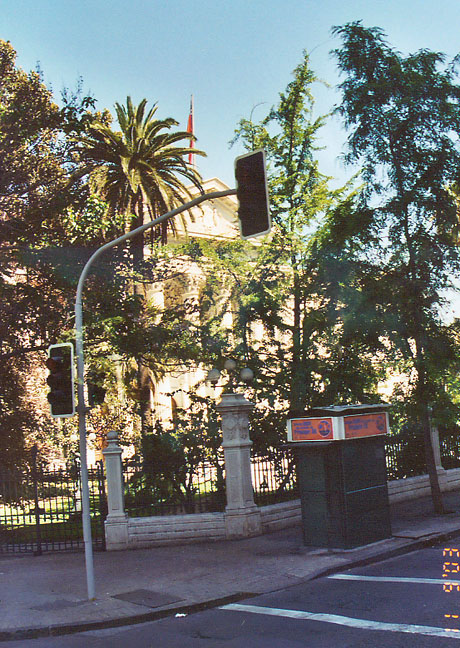 former Legislative Assembly
(was moved to Valparaiso by Pinochet) 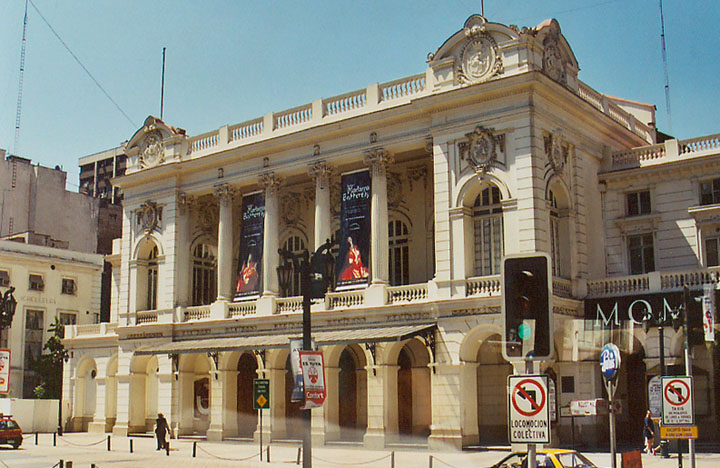 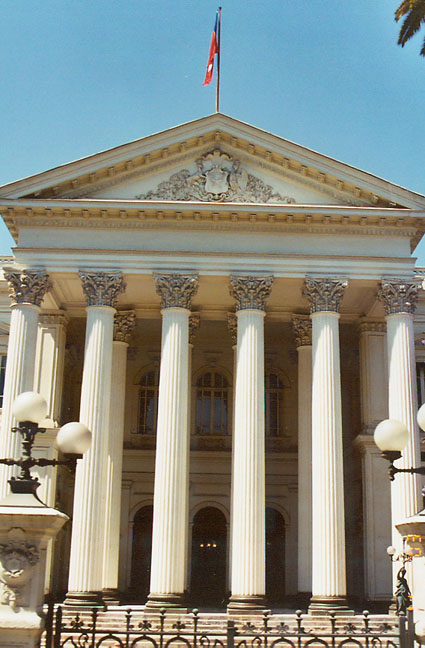 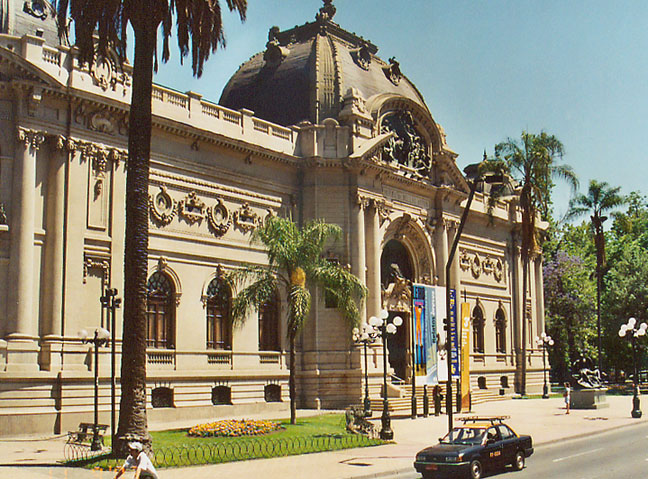 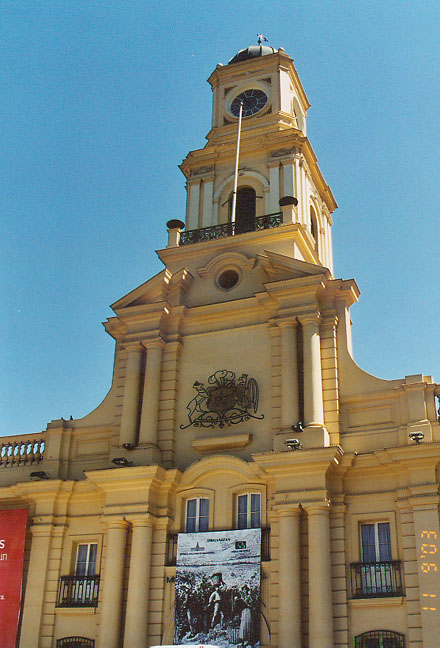 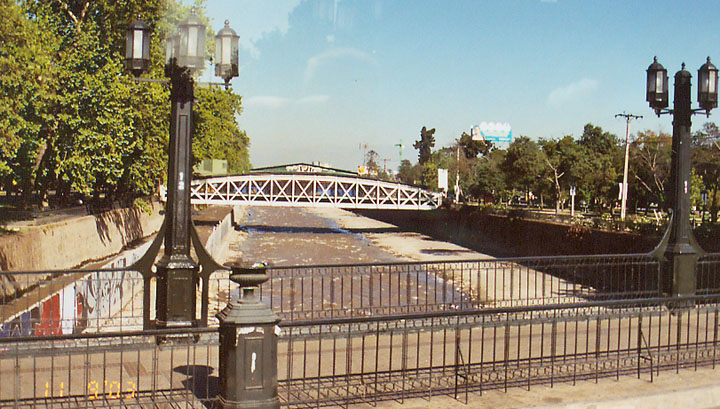 the Mapocho river which divides the city 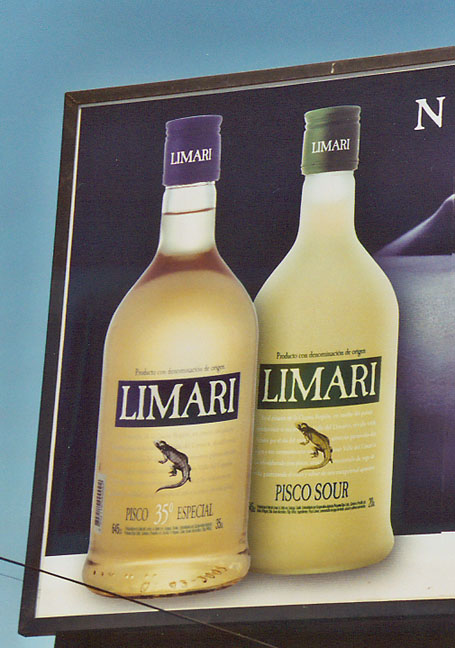 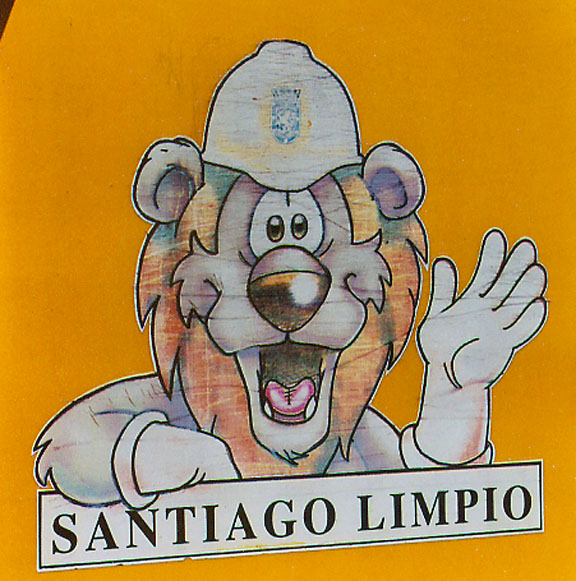 I keep the city clean 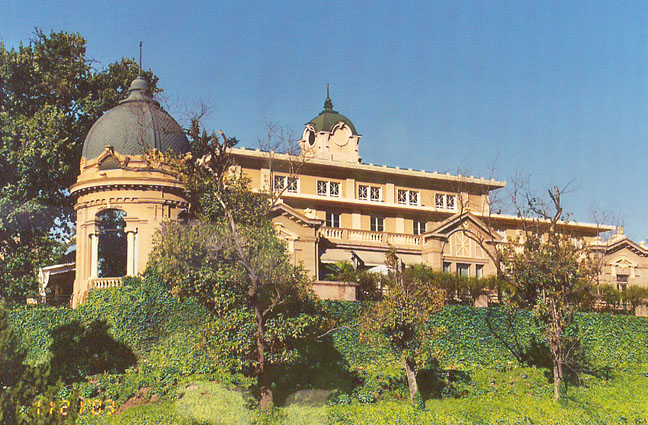 along the road to the airport 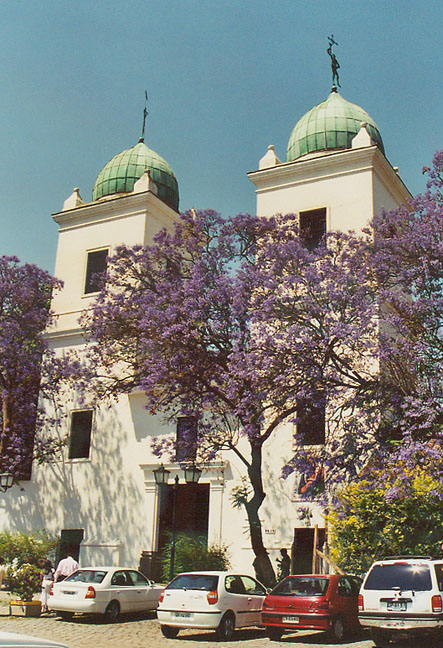 church at the Dominican estate 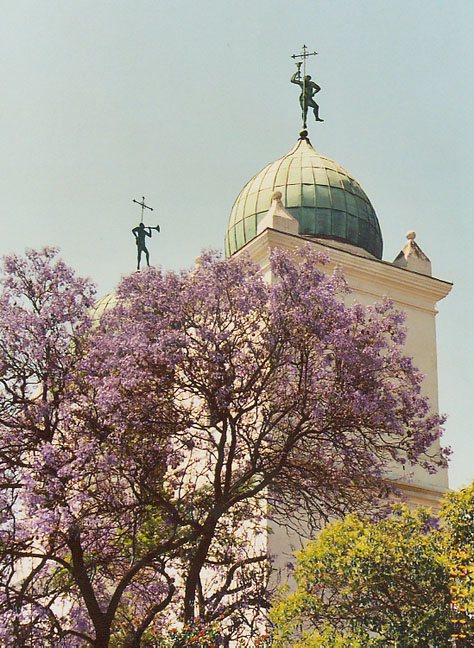