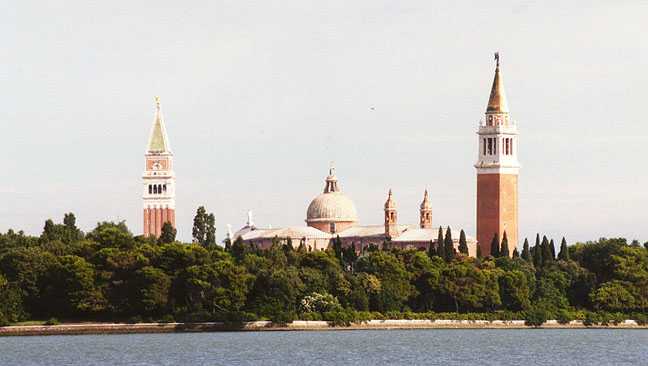 (Italian Venezia), city and seaport in northeastern Italy, in Veneto Region, capital of Venice Province. Venice is situated on 120 islands formed by 177 canals in the lagoon between the mouths of the Po and Piave rivers, at the northern extremity of the Adriatic Sea. Because of its historic role as a naval power and commercial center, the city is known as the "Queen of the Adriatic." A railroad and highway causeway connect Venice with the mainland. Long sand bars, or barrier beaches, on the outer side of the lagoon serve as protection against the sea. The islands on which the city is built are connected by about 400 bridges. 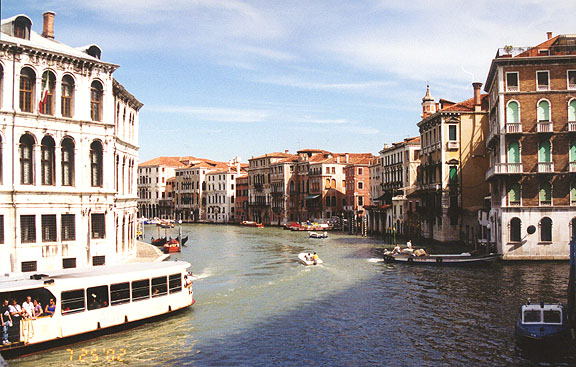 The Grand Canal, about 3 km (about 2 mi) long, winds through Venice from northwest to southeast, dividing the city into two nearly equal portions. The Giudecca Canal, about 400 m (about 1310 ft) wide, separates Giudecca Island, on the extreme south, from Venice proper. No motor vehicles are permitted on the narrow, winding lanes and streets that penetrate the old city, and the bridges are for pedestrians only. 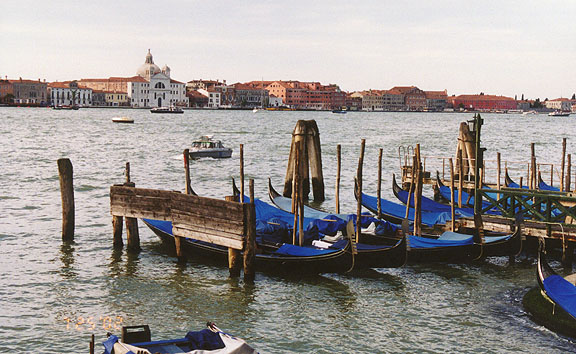 For centuries the most common method of transportation was by gondola, a flat-bottomed boat propelled by a single oar. Today, the gondolas are used mainly by tourists; motor launches carry almost all the freight and passenger traffic in Venice. 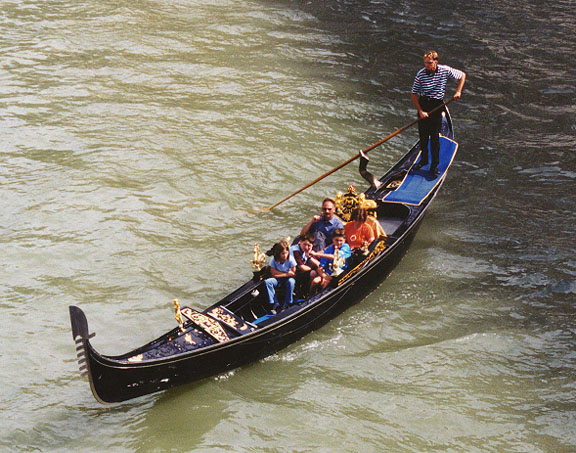 Venice is considered one of the most beautiful cities in the world. The city buildings and decorations, from Byzantine to Renaissance styles, show great artistic achievement. The works of the Venetian school of painting and art are represented throughout Venetian palaces, public buildings, and churches. 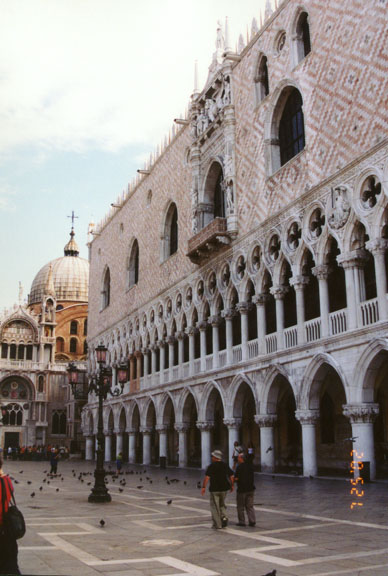 The center and most frequented part of the city is Saint Mark’s Square. At the eastern end are Saint Mark’s Cathedral and the Doges’ Palace (Palazzo Ducale), the two most important and imposing structures in Venice.

The cathedral—begun about 828, reconstructed after a fire in 976, and rebuilt between 1047 and about 1071—is considered an outstanding example of Byzantine architecture. 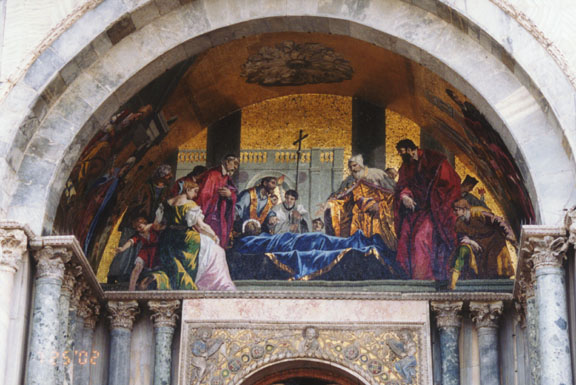 mosaic over cathedral doorway
commemorating the arrival of St. Mark's body from Alexandria 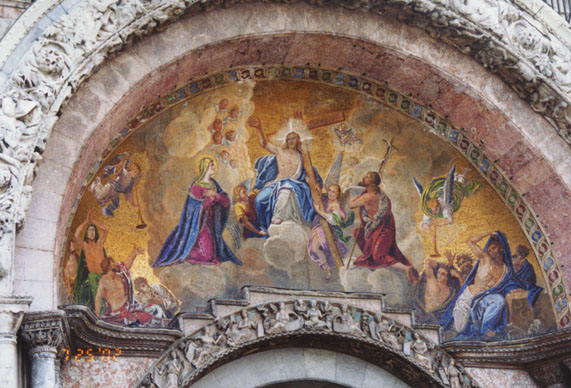 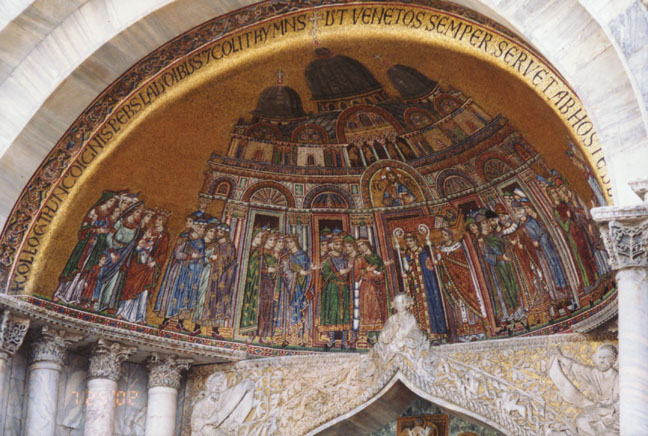 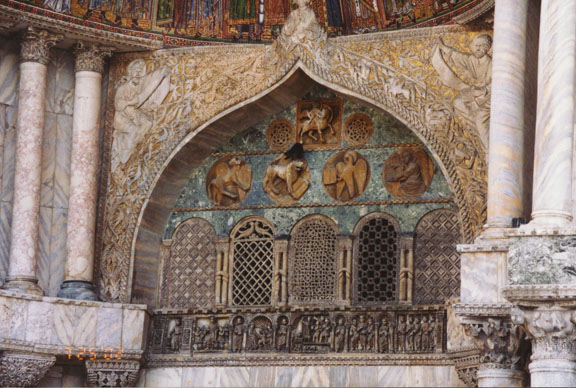 the elaborate stonework below this mosaic 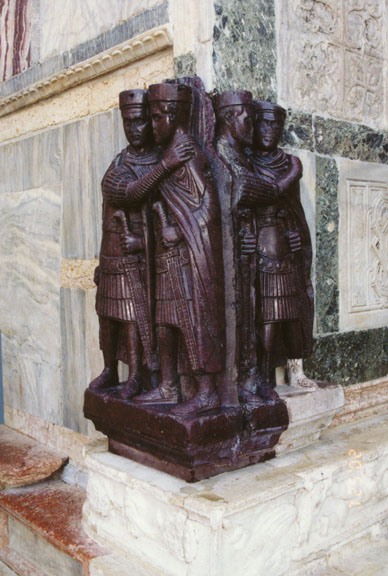 my favorite statue
(a corner stone of the St. Mark's cathedral)

The palace—begun about 814, destroyed four times by fire, and each time rebuilt on a more magnificent scale—is a remarkable building in Italian Gothic with some early Renaissance elements. The northern side of the piazza is occupied by the Procuratie Vecchie (1496) and the southern side by the Procuratie Nuove (1584), both built in Italian Renaissance style. During the time of the Venetian republic these buildings were the residences of the nine procurators, or magistrates, from among whom the doge, or chief magistrate, was usually selected. 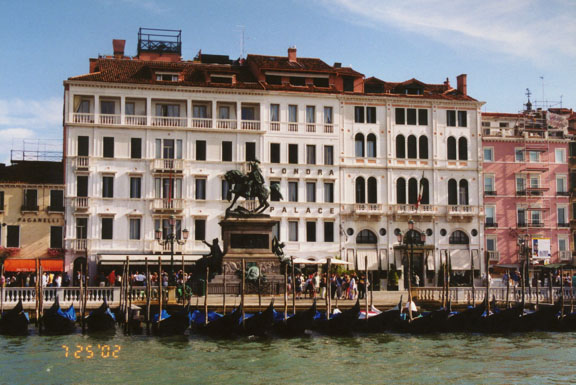 Along the two palaces and their extension, the Atrio or Fabbrica Nuova (1810), extend arcades with cafés and shops. 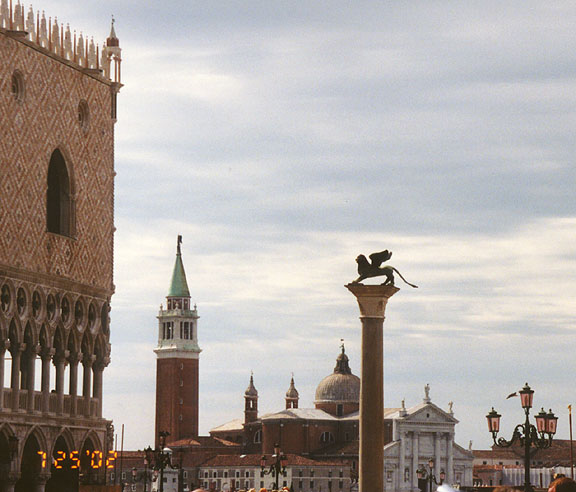 Near the Doges’ Palace stand two famous granite columns erected in 1180, one bearing the winged lion of Saint Mark and the other Saint Theodore of Studium on a crocodile. 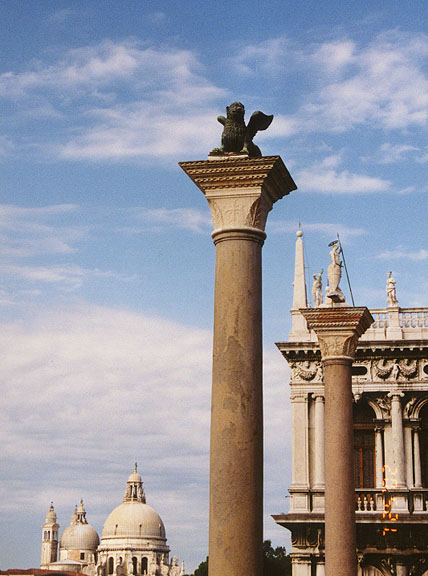 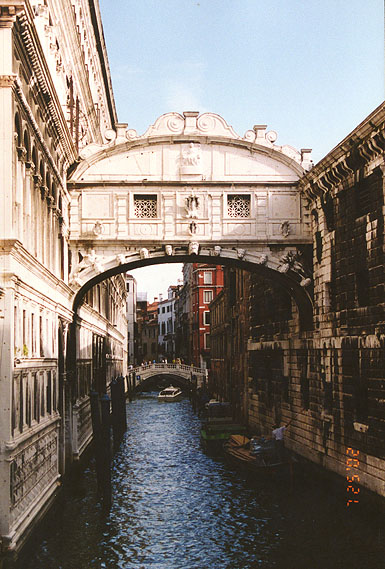 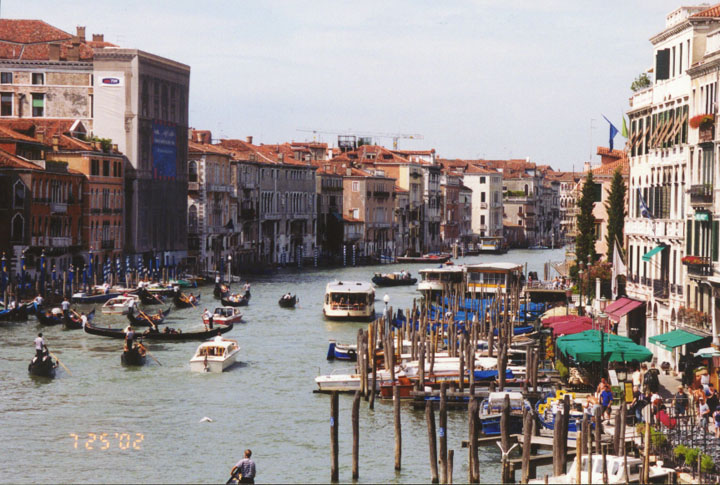 heavy traffic on the Grand Canalanal

The Grand Canal, the principal traffic artery of Venice, is lined with old palaces of the Venetian aristocracy, among which are many structures of historical and architectural renown. Farther north, near the lagoon, is the 15th-century Church of San Giovanni in Bragora, a domed and columned edifice in the Italian Gothic style and once the funeral church of the doges. In its vicinity is the greatest monument in Venice, the 15th-century equestrian statue of the Venetian general Bartolomeo Colleoni, the work of the Florentine artist Andrea del Verrocchio. The same section is the site of the Arsenal, a former center of shipbuilding, and public gardens. Islands extend to the east in the direction of the Lido, an island reef outside the lagoon that is famous as a bathing beach and recreational resort. Great museums, such as the Ca’ d’Oro (located in a Gothic palace on the Grand Canal), and historic churches are found throughout the city. The Libreria Vecchia (Old Library) contains about 13,000 manuscripts and more than 800,000 books, some of immense value. The University of Venice was founded in 1868. 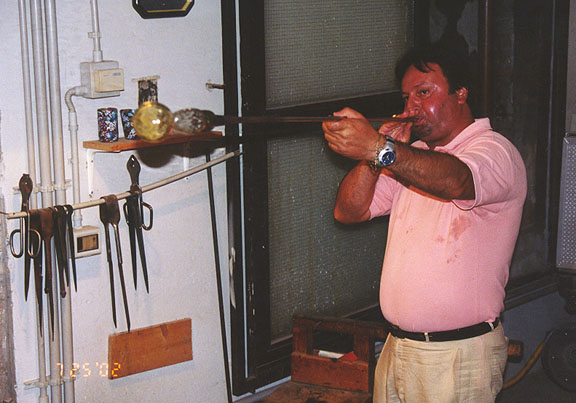 Venice is famous for its blown glass ware 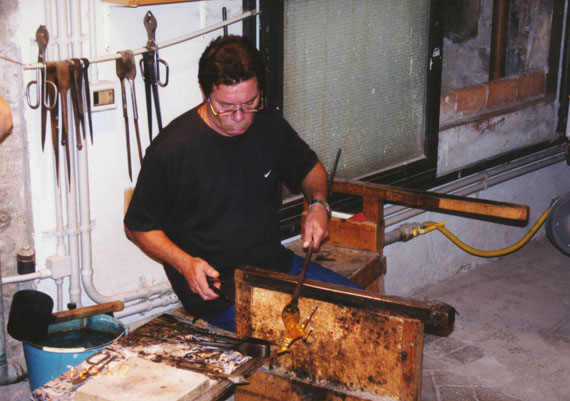 a demonstration by the masterster

An historical 4 star Hotel located in the city center, in Via XXII Marzo just 250 meters from St. Mark's Square.
Hotel Saturnia & International welcome guests since 1908 and belongs to the same Venetian family since then.
The website gives information on Venice events, museums and many useful information for visitors,
moreover on-line booking feature with the best room rate available guaranteed.

Ca' Pisani is new concept hotel for Venice. Opened in year 2000, is the first Design Hotel in town, with just 29 rooms,
all individually decorated in Art Deco style with original pieces of furniture and some very modern touch.
The Ca' Pisani features a nice restaurant named La Rivista, a great terrace solarium, steam bath, Wi Fi room connection.
Located in a quiet and zone just next the Accademia fine art gallery in Sestiere of Dorsoduro.