on the banks of the river Ganges 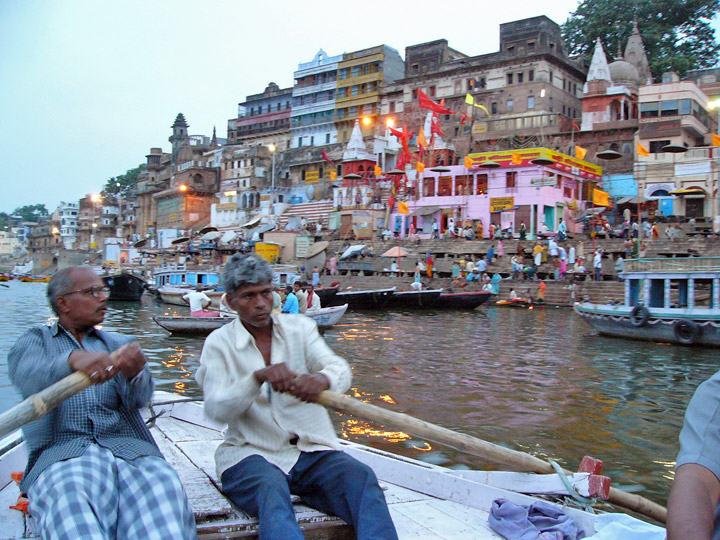 Large throngs gather along the banks of the sacred Ganges River, where terraced landings, or ghats, lead down to the water. Hindus believe that immersion in the Ganges water cleanses them of sins and that death on its banks leads to salvation. The level portions of the ghats are used for funeral pyres.

Photos of the Cremation Ghat 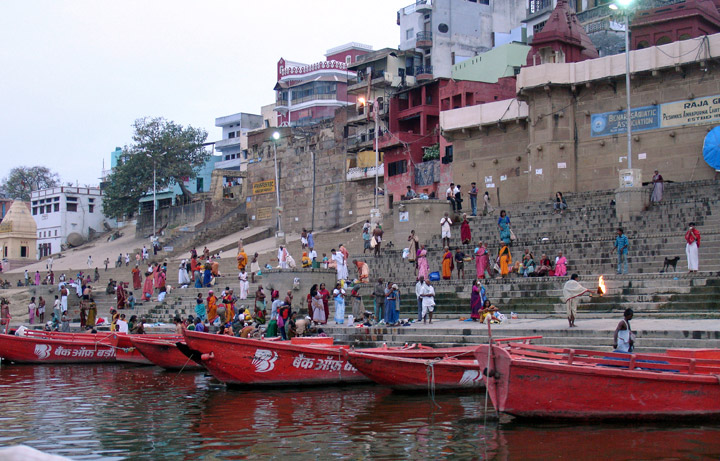 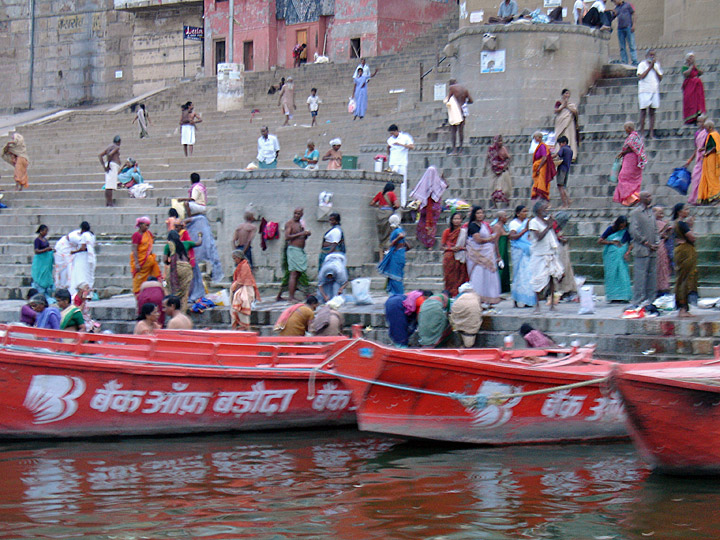 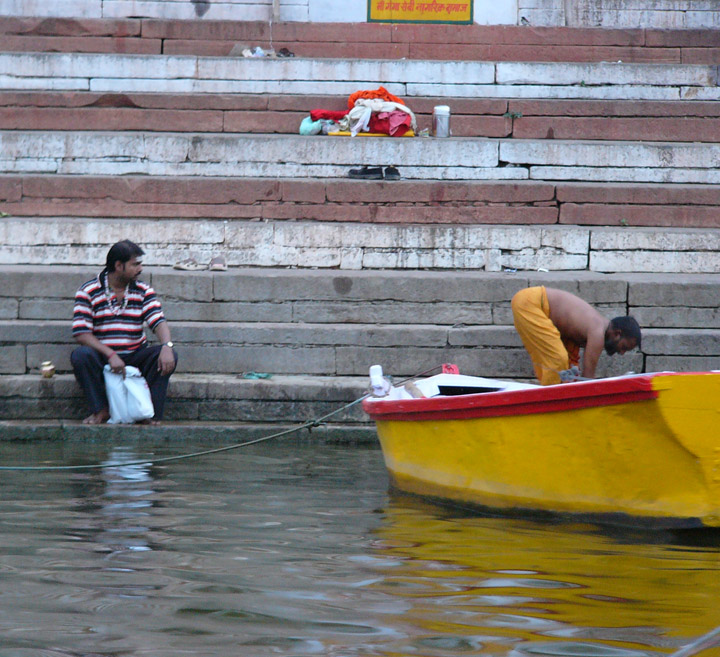 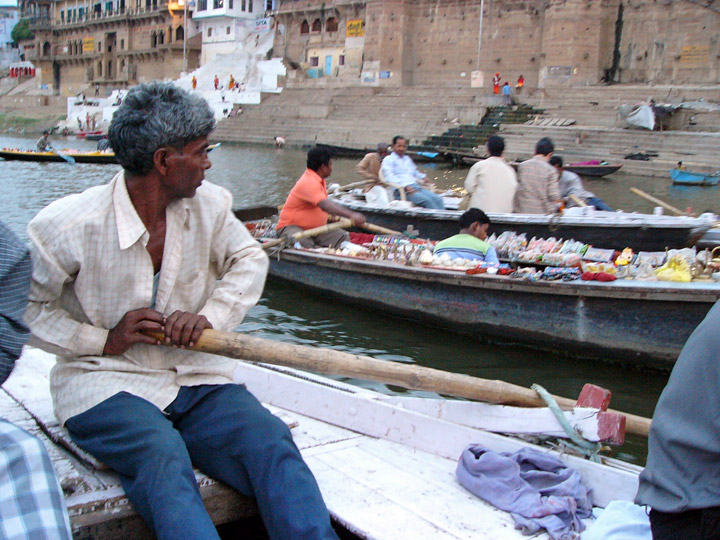 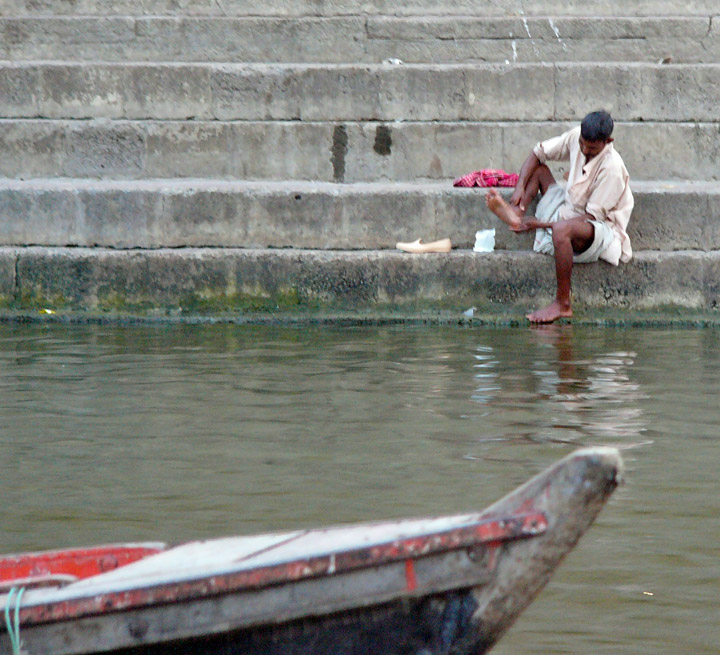 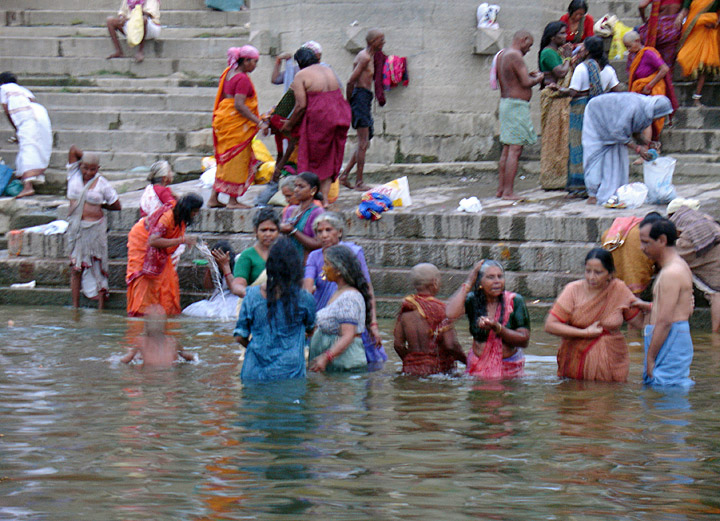 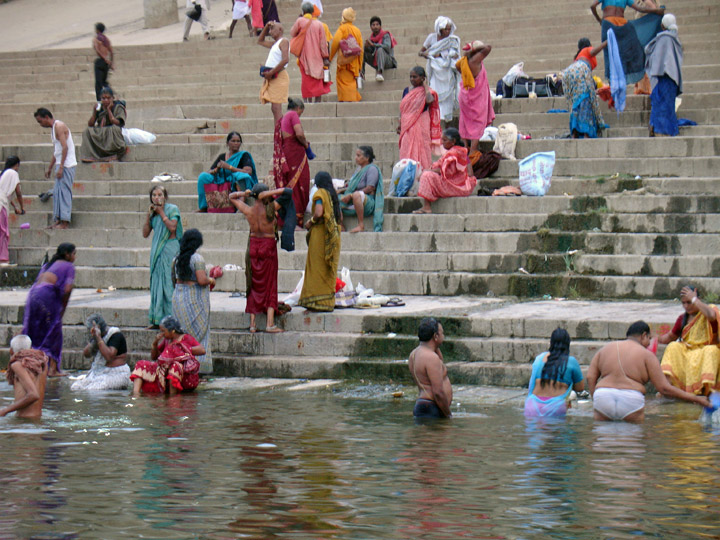 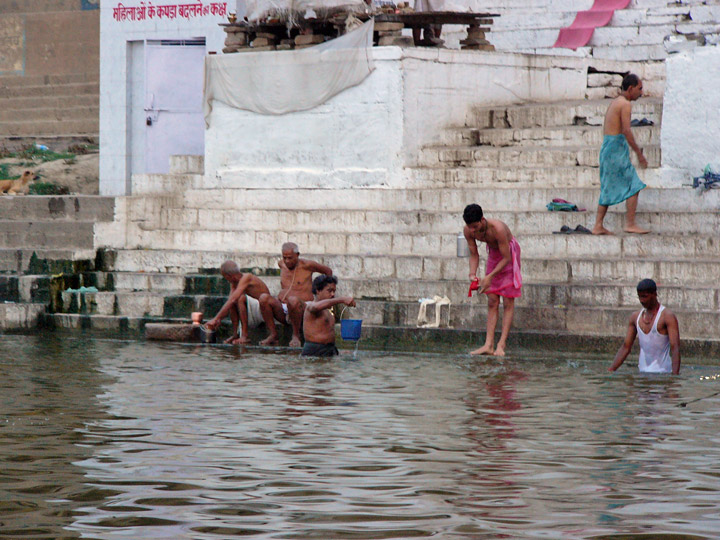 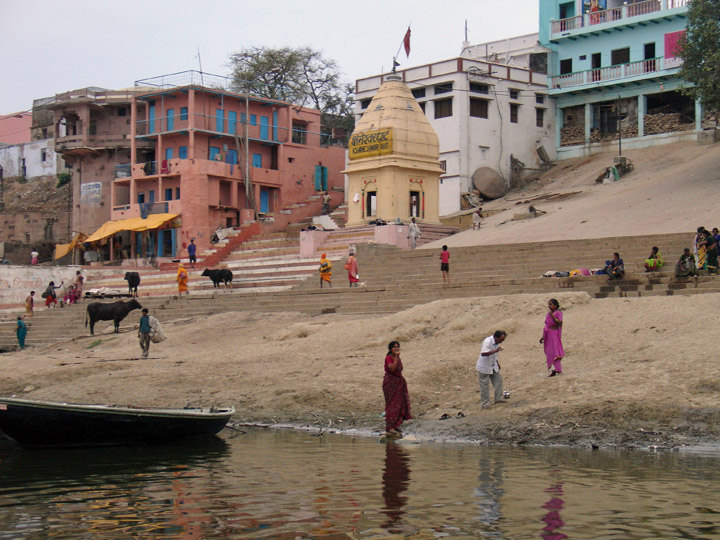 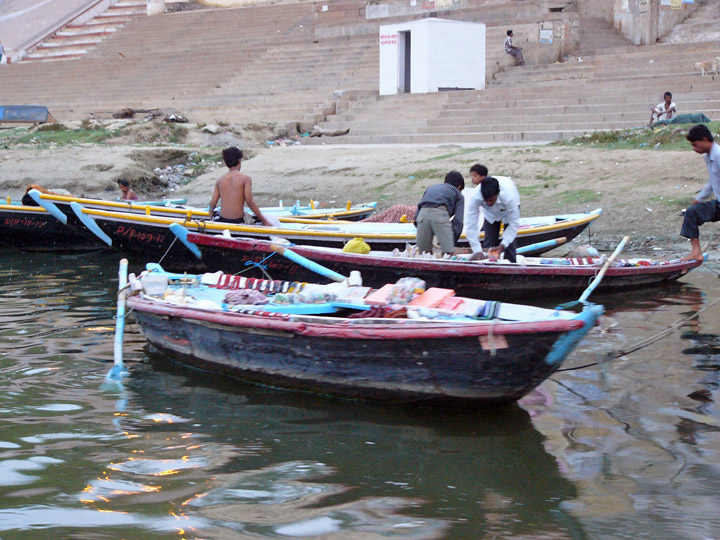 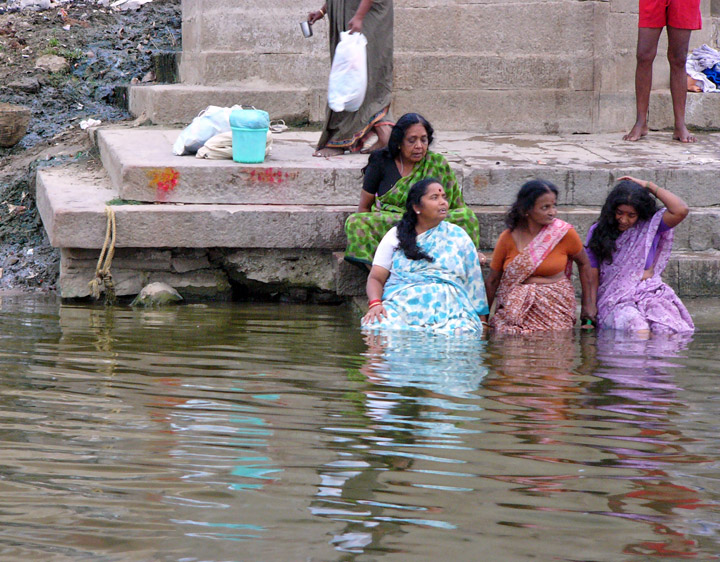 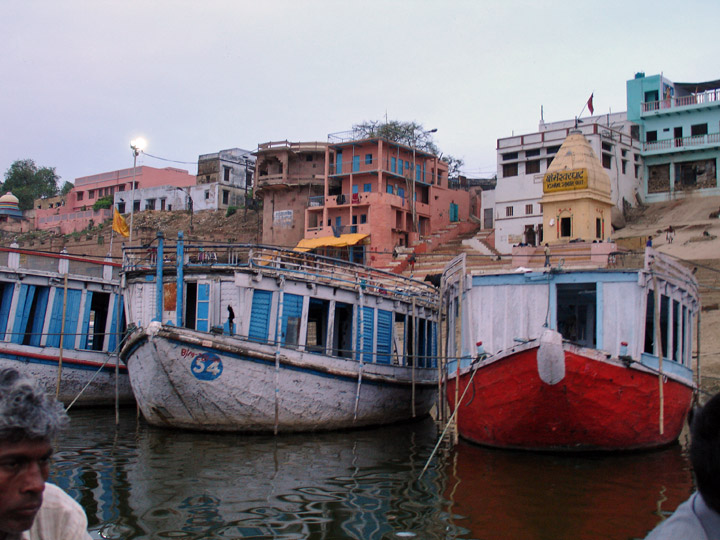 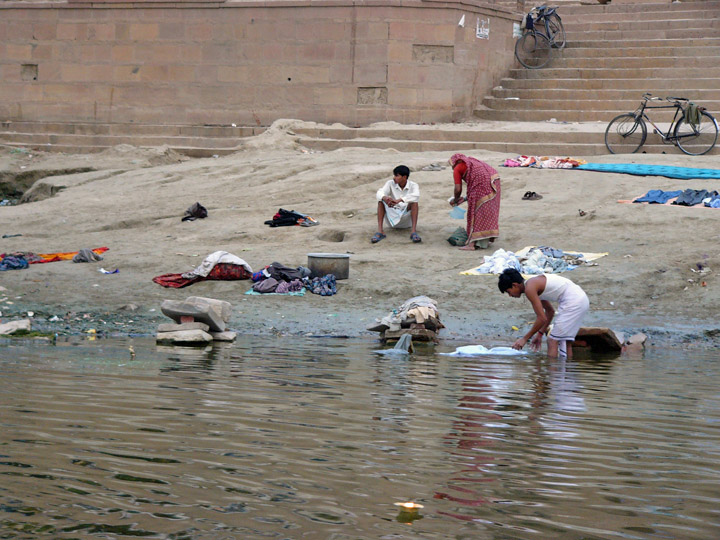 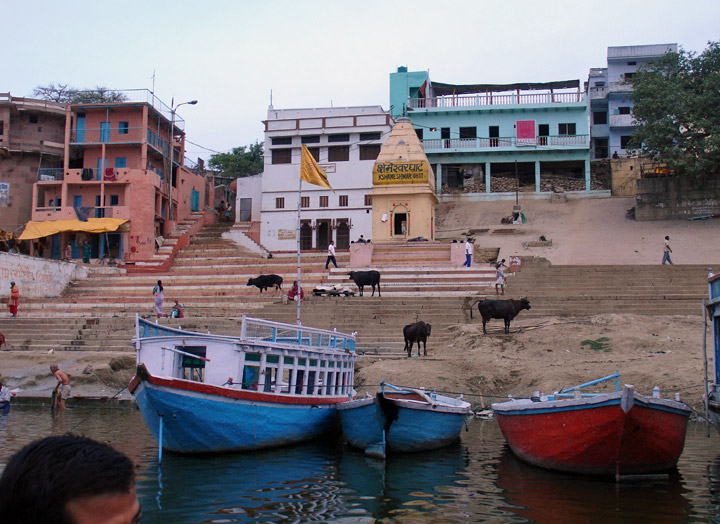 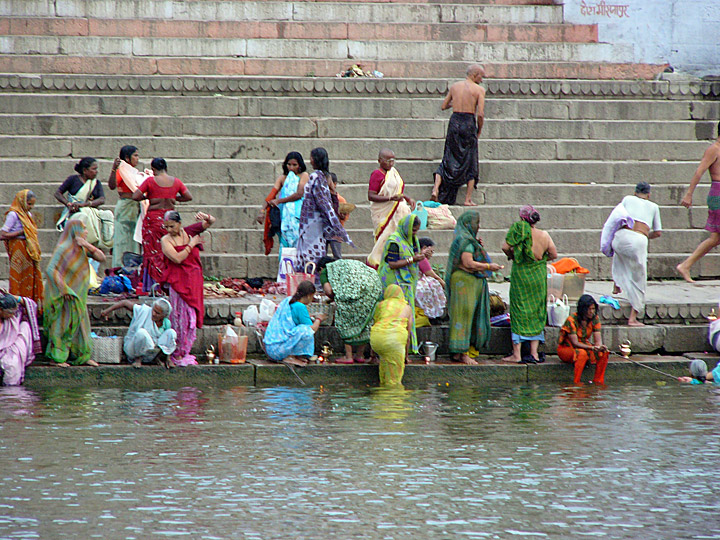 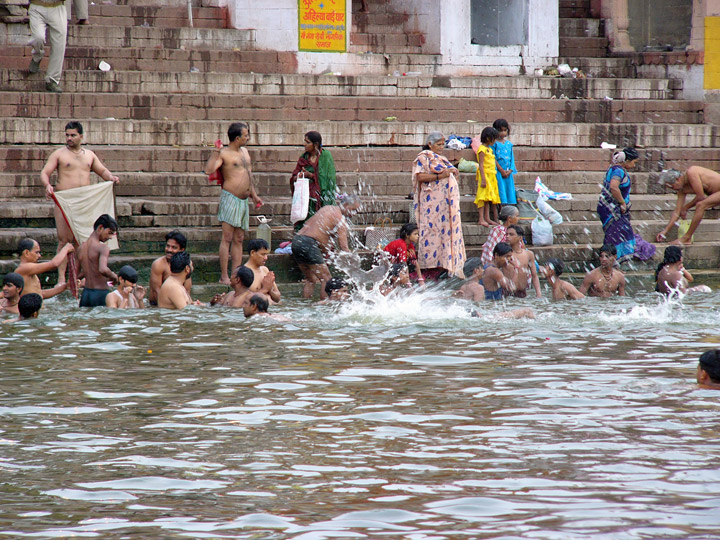 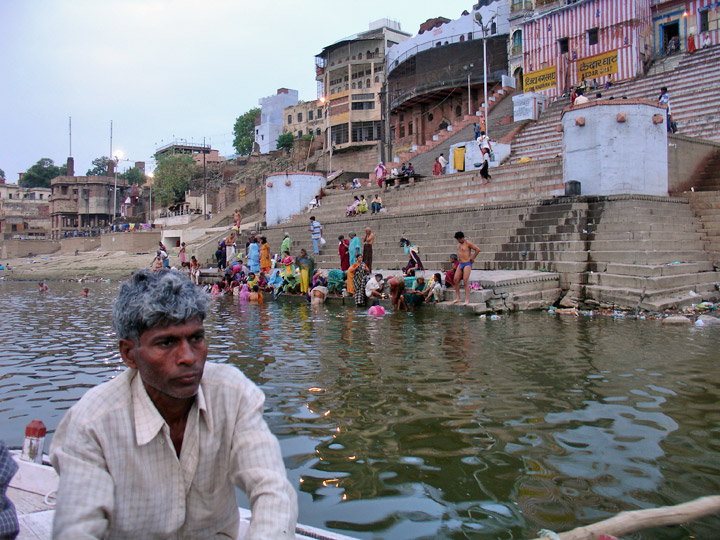 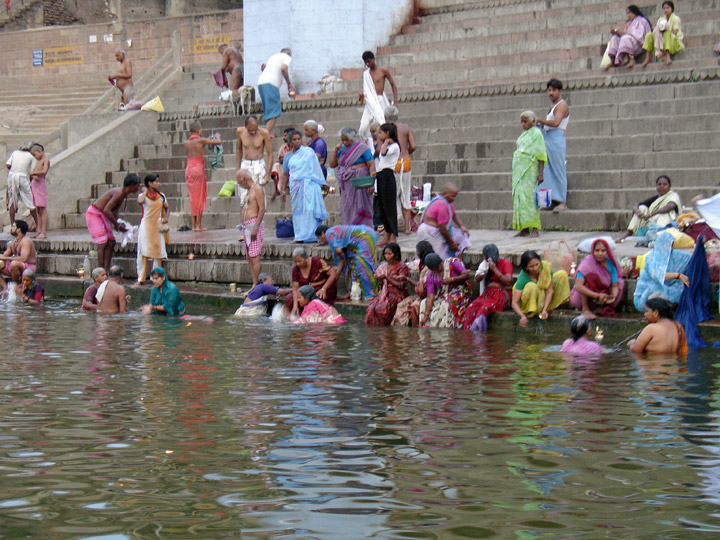 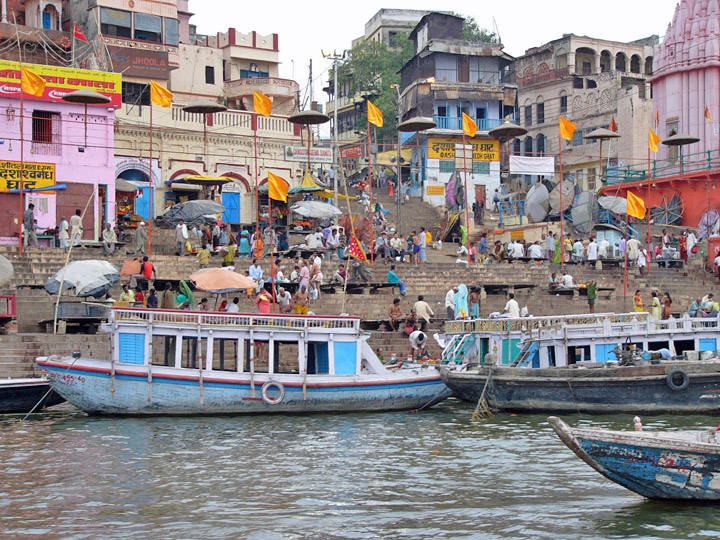 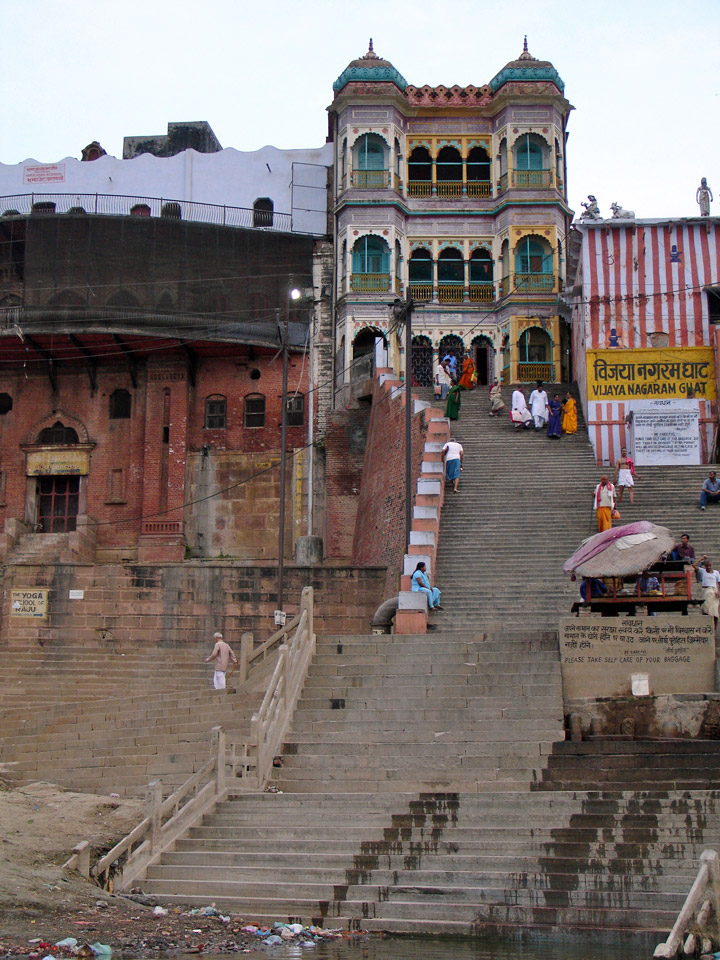 former ghat of a Raja 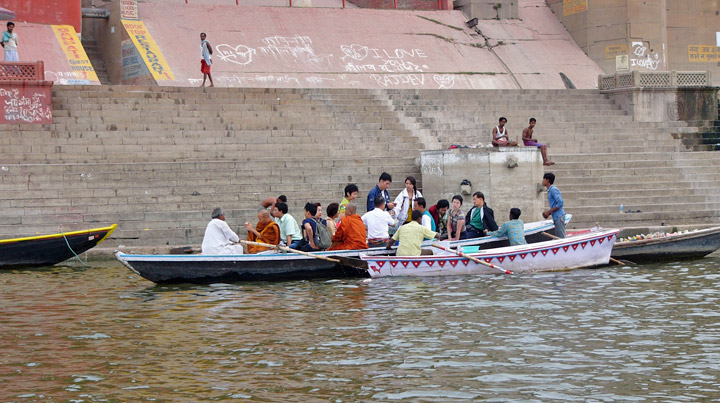 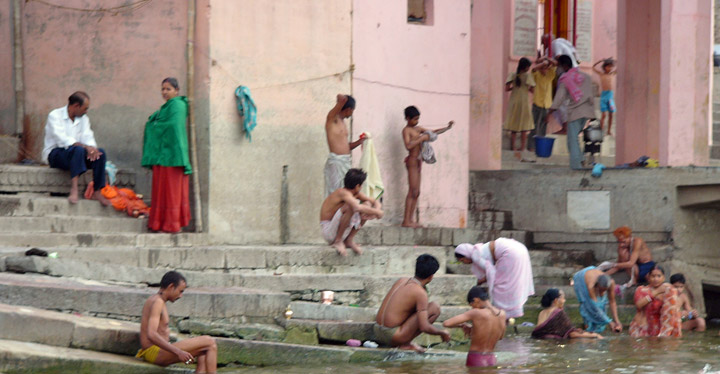 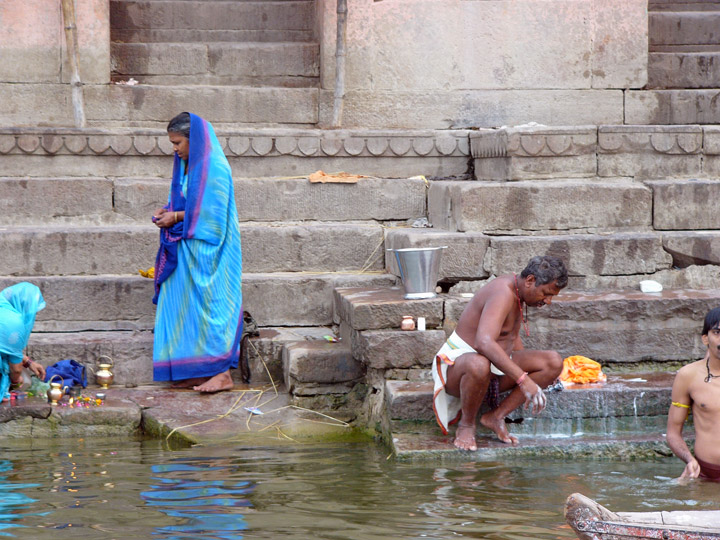 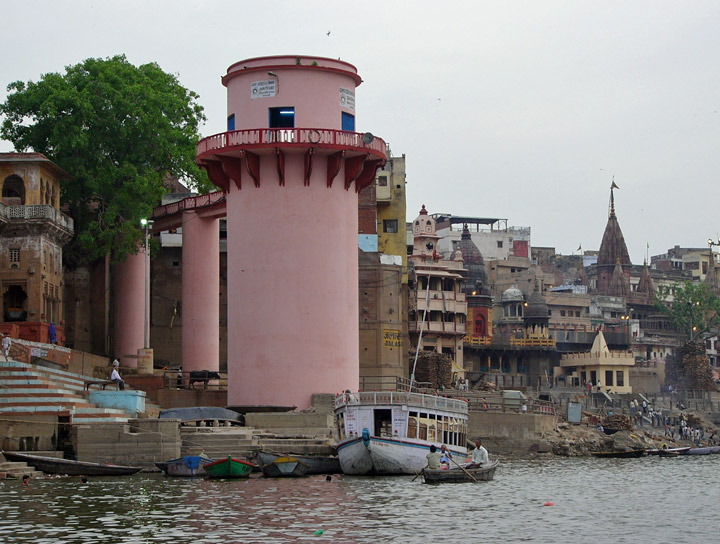 water intake tower for the city of Varanasi