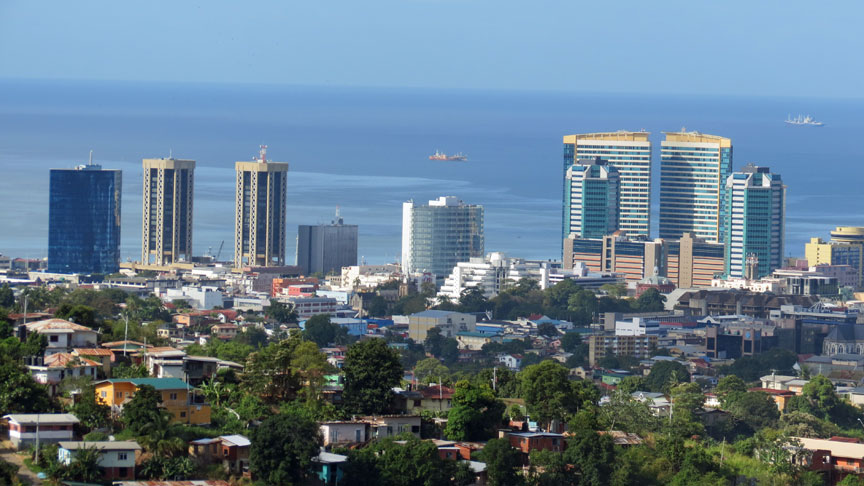 Port of Spain, also written as Port-of-Spain, is the capital of the Republic of Trinidad and Tobago and the country's third-largest municipality, after San Fernando and Chaguanas. The city has a municipal population of 49,031 (2000 census), a metropolitan population of 128,026 (1990 unofficial estimate) and a transient daily population of 250,000. It is located on the Gulf of Paria, on the northwest coast of the island of Trinidad and is part of a larger conurbation stretching from Chaguaramas in the west to Arima in the east with an estimated population of 600,000. 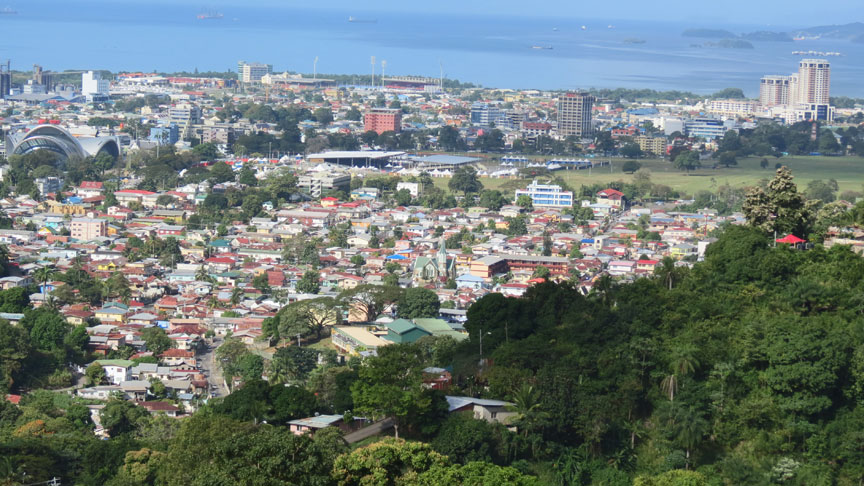 Port of Spain is Trinidad and Tobago's most developed city. The city serves primarily as a retail and administrative centre and it has been the capital of the island since 1757. It is also an important financial services centre for the Caribbean and is home to two of the largest banks in the region.

the highway, originally built by the U S Army during World War II

The city is also home to the largest container port on the island and is one of several shipping hubs of the Caribbean, exporting both agricultural products and manufactured goods. Bauxite from the Guianas and iron ore from Venezuela are trans-shipped via facilities at Chaguaramas, about five miles (8 km) west of the city. The pre-lenten Carnival is the city's main annual cultural festival and tourist attraction. 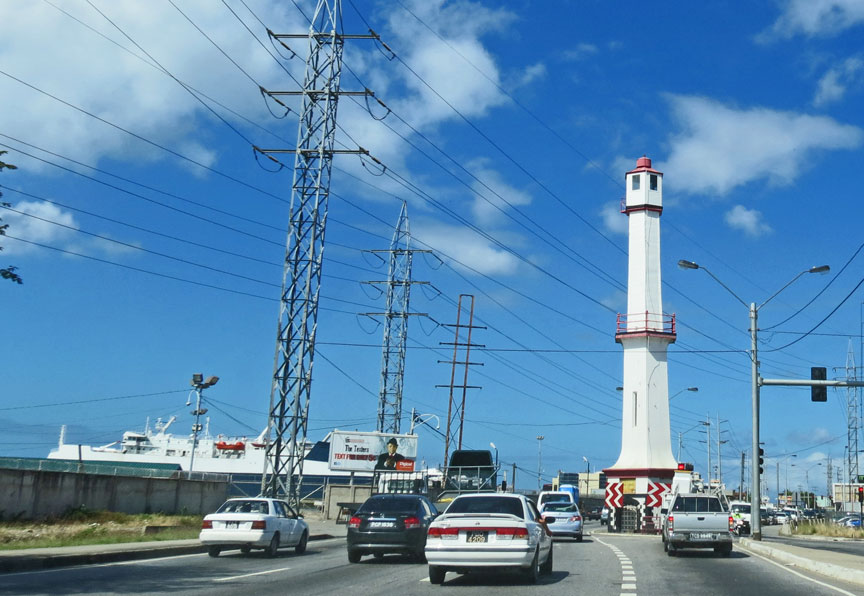 Today, Port of Spain is emerging as a leading city in the Caribbean region. Trinidad hosted the Fifth Summit of the Americas in 2009 whose guests included US President Barack Obama and US Secretary of State Hillary Clinton. Port of Spain also hosted the Commonwealth Heads of Government Meeting in 2009 and hosted a Commonwealth Business Forum in 2011. 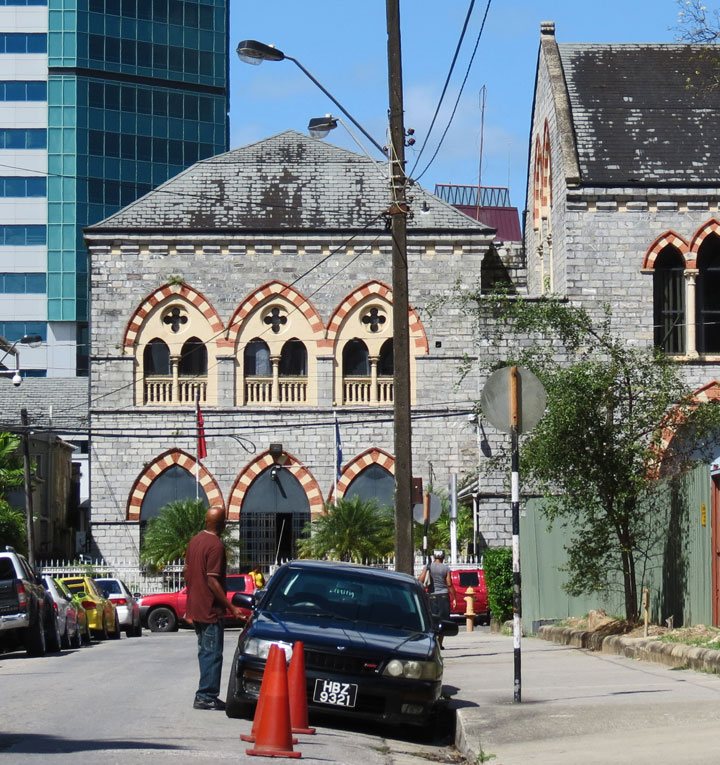 Port of Spain was founded near the site of the Amerindian fishing village of Cumucurapo ("place of the silk cotton trees"), located in the area today known as Mucurapo, west of the city centre. The name Conquerabia is also recorded for an Amerindian settlement in this area; this may have been a separate village, another name for Cumucurapo, or the result of miscomprehension by early Spanish settlers, who established a port here: "Puerto de los Hispanioles", later "Puerto de España". In 1560, a Spanish garrison was posted near the foot of the Laventille Hills, which today form the city's eastern boundary. 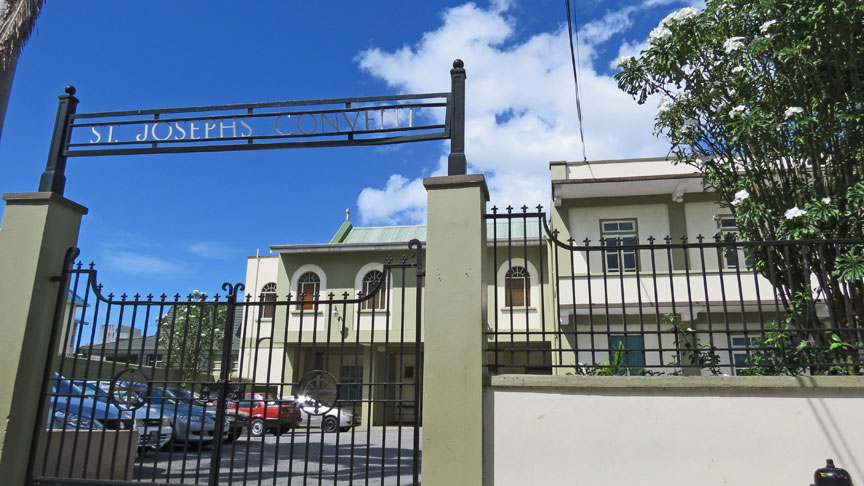 The part of today's downtown Port of Spain closest to the sea was once an area of tidal mudflats covered by mangroves. The first Spanish buildings here, in the 16th and 17th centuries, were open mud-plastered ajoupas, interspersed between large silk cotton trees and other trees. The fort was a mud-walled enclosure with a shack inside, a flagpole, two or three cannon, and few Spanish soldiers. The Caribs were transient, travelling to the mainland (now Venezuela) and up the Orinoco River. The French naval commander Comte D'Estrées visited in 1680, and reported that there was no Port of Spain. But in 1690, Spanish governor Don Sebastien de Roteta reported in writing to the King of Spain: In 1699, the alcalde of Trinidad reported to the King that the natives "were in the habit of showering scorn and abuse upon the Holy Faith and ridiculed with jests the efforts of the Holy Fathers". 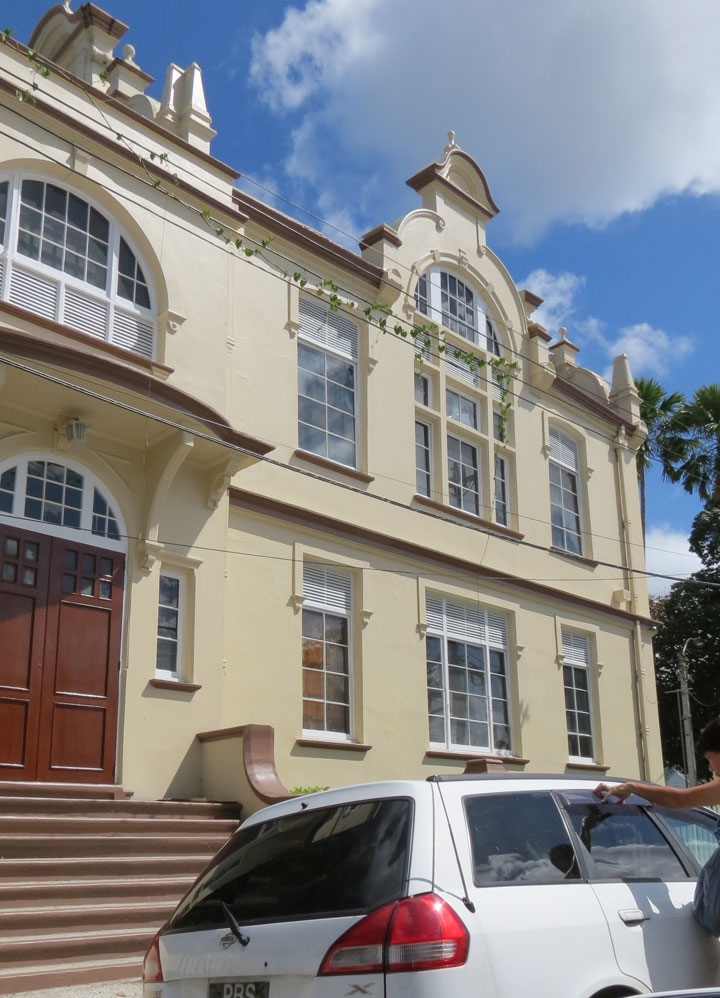 By 1757, the old capital, San José de Oruña (modern Saint Joseph), about seven miles (11 km) inland, had fallen into disrepair, and Governor Don Pedro de la Moneda transferred his seat to Port of Spain, which thus became Trinidad's de facto capital. The last Spanish Governor of Trinidad, Don José Maria Chacón, devoted much of his time to developing the new capital. He compelled the island's Cabildo (governing council) to move to Port of Spain, and he limited its powers to the municipality. The 1783 Cedula of Population, which encouraged the settlement of French Catholics in the island, led to a rapid increase in the town's population and its geographical extension westwards. 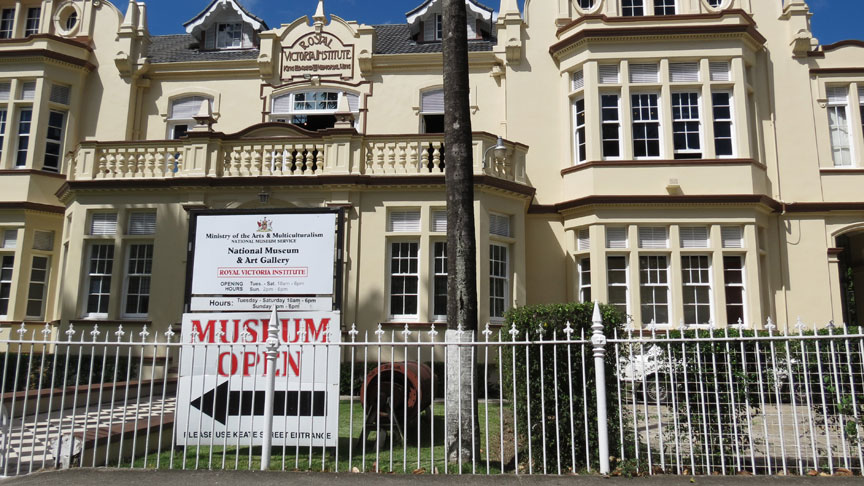 From the small cluster of buildings at the foot of the Laventille Hills, eleven streets were laid out west to the area bounded by the St. Ann's River, thus establishing the grid pattern which has survived in downtown Port of Spain to the present day. Along the sea shore was the Plaza del Marina (Marine Square), a parade ground. By 1786, the town had a population of about 3,000.
Historic Gothic Rosary Church at the corner of Henry and Park Streets 2008 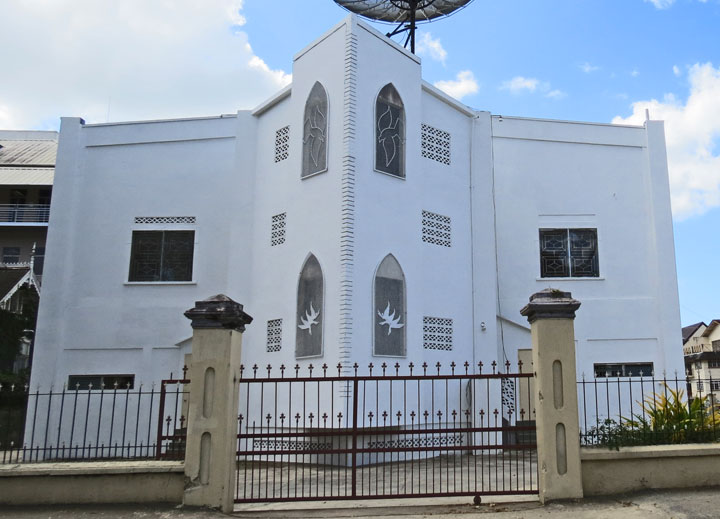 Realizing that the St. Ann's River, prone to flooding, was impeding the expansion of the town, Chacón had its course diverted in 1787 so that it ran to the east of the city, along the foot of the Laventille Hills. (During the rainy season the river still had a tendency to overflow its banks, flooding parts of the city; over the decades its channel would be widened and paved. During the dry season the water level drops to a trickle; hence its nickname, the East Dry River.) Port of Spain was now able to continue spreading northwards and westwards, encroaching on the surrounding sugar-cane plantations. 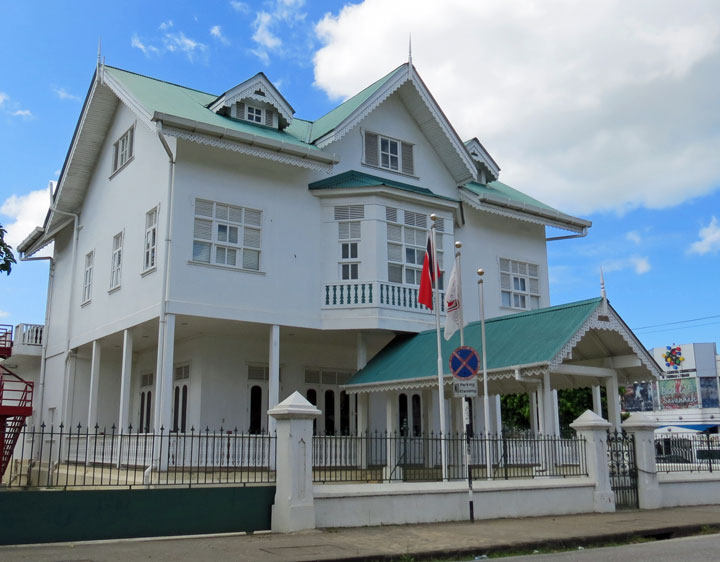 In 1797, Trinidad was invaded by a British force under General Sir Ralph Abercromby. The British landed west of Port of Spain, at what is still called Invaders Bay, and marched towards the town. Realising his military resources were inadequate to defend the colony and wishing to avoid unnecessary destruction, Governor Chacón capitulated and was able to negotiate generous terms with Abercromby. Port of Spain remained the capital; the new British colonial government renamed most of the streets after British royalty or military figures, but allowed Chacón Street (which followed the old course of the St. Ann's River) to retain its name, in tribute to the former governor. 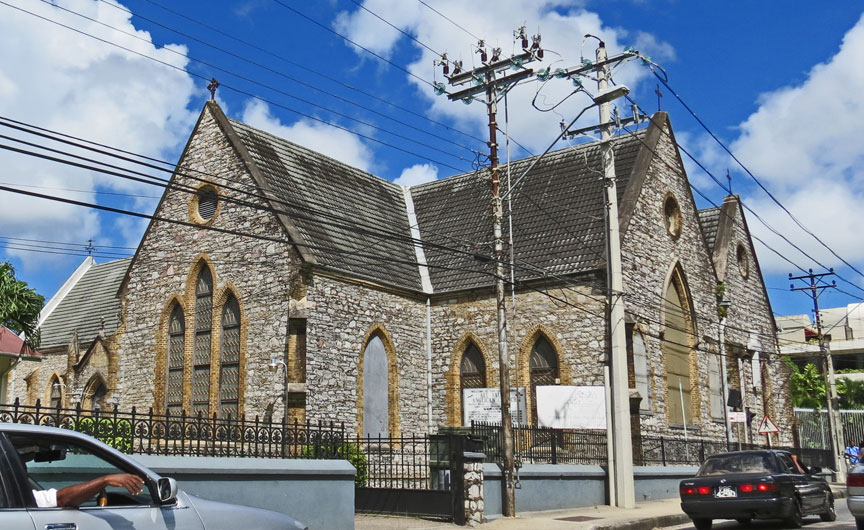 In 1803 Port of Spain began growing southwards, with the reclamation of the foreshore mudflats, using fill from the Laventille Hills. This began with the area immediately east of the diverted St. Ann's River; the district is still called Sea Lots today. Gradually the landfill crept west and the area south of Plaza del Marina became solid land. Further major reclamation efforts took place in the 1840s, the 1870s, and in 1906. In 1935 the Deep Water Harbour Scheme dredged the offshore area along Port of Spain's western neighborhoods, and the dredged material was used to fill in the area south of Woodbrook. Wrightson Road, linking downtown Port of Spain to its western suburbs, was constructed at the same time. These reclaimed lands were originally called Docksite, and were home to US forces during World War II; later a number of government buildings were constructed here. 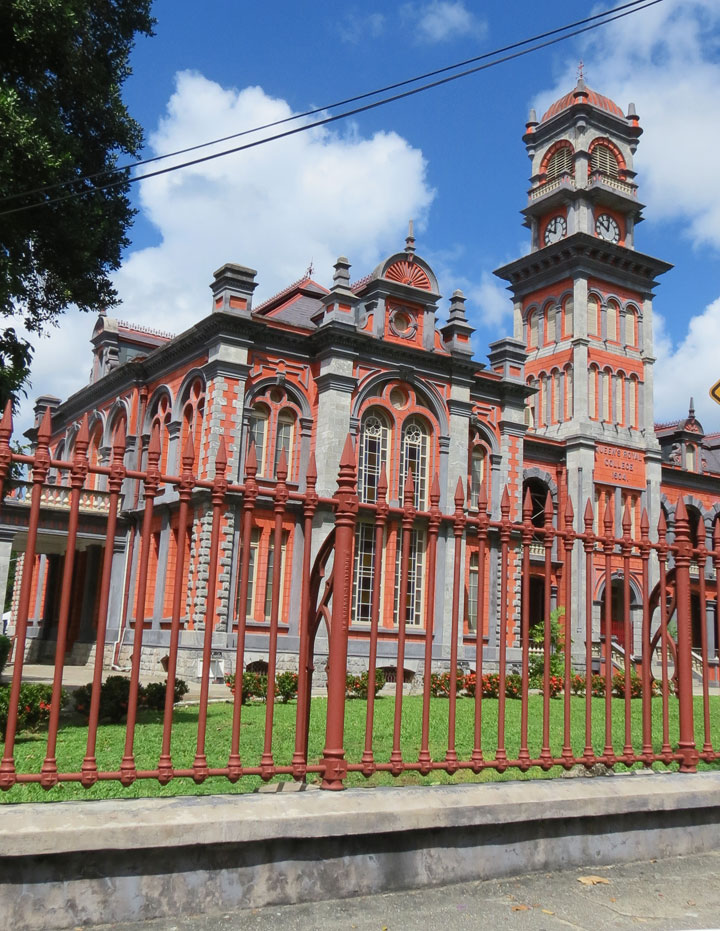 Port of Spain continued to grow in size and importance during the 19th and early 20th centuries, peaking in size in the 1960s at about 100,000 people. Since then the population within the city limits has declined in size as the downtown area has become increasingly commercial and the suburbs in the valleys north, west, and north-east of the city have grown. Today Port of Spain is the western hub of a metropolitan area stretching from Carenage, five miles (8 km) west of the city, to Arima, fifteen miles (24 km) east; this East-West Corridor runs along the southern edge of Trinidad's Northern Range. 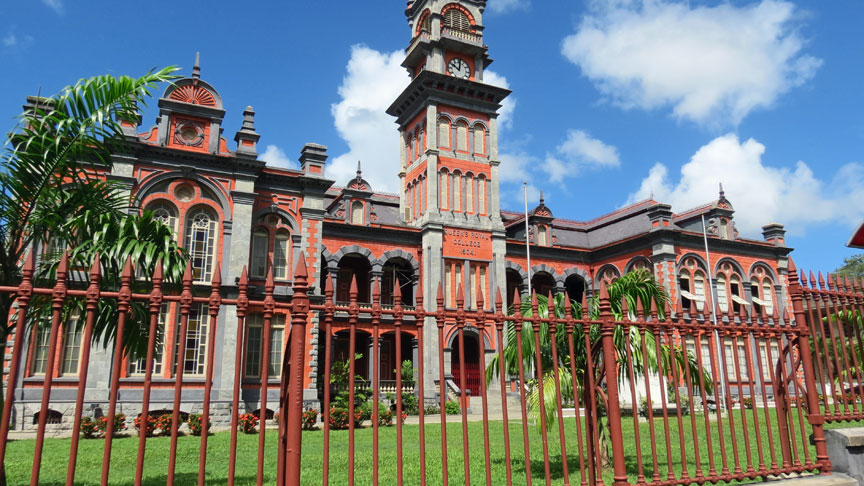 From 1958 to 1962, Port of Spain was the temporary capital of the short-lived West Indies Federation, though there were plans to build a new federal capital at Chaguaramas, on land occupied by the US military base established during World War II. Federation Park, a residential neighborhood in western Port of Spain intended to house employees of the federal government, is a memorial to that time. 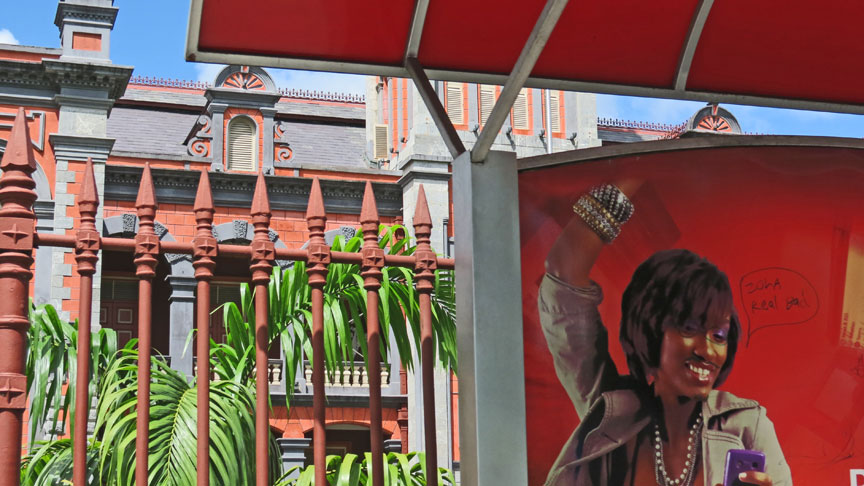 In July 1990, an extremist Muslim group held the prime minister and members of parliament hostage for 5 days while rioting and looting shook Port of Spain. The damage was a significant setback to the city's commercial district at a time of severe economic hardship, yet businesses returned. In 2005 there was an unprecedented series of small bombings in Port of Spain which caused injuries to bystanders. They ceased in October 2005 but the perpetrator has not been charged. 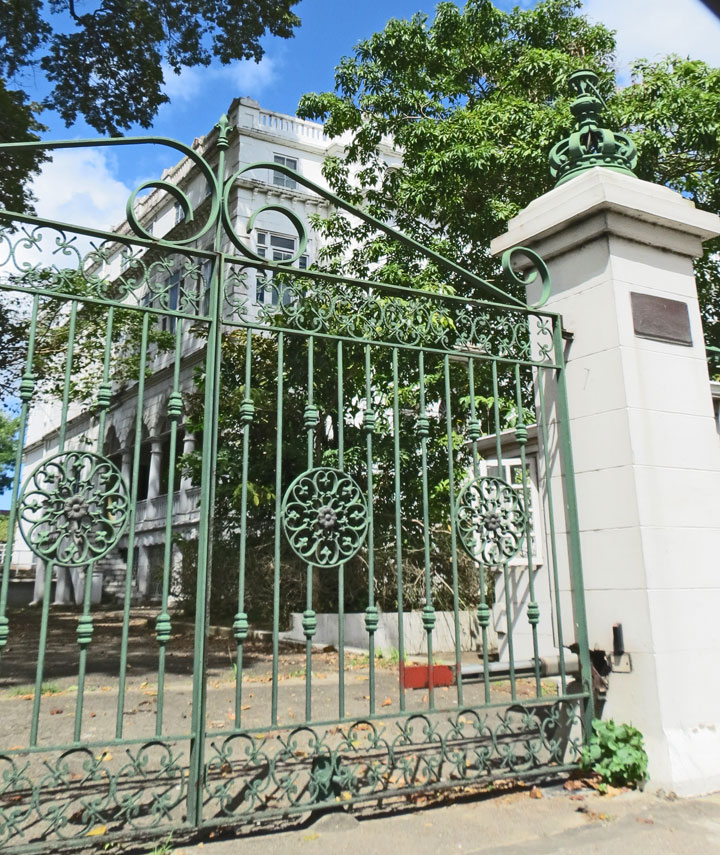 Office of the Prime Minister 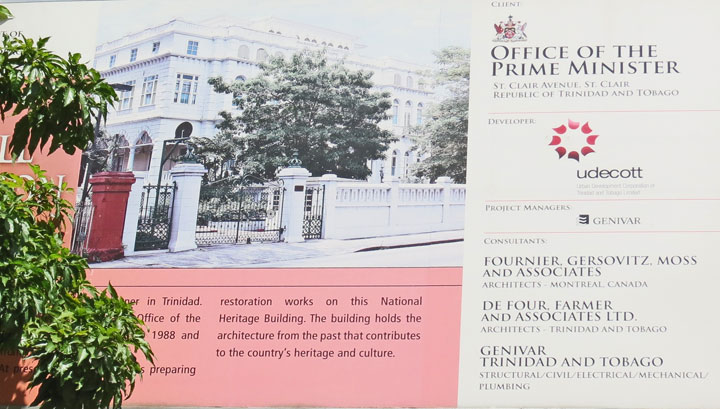 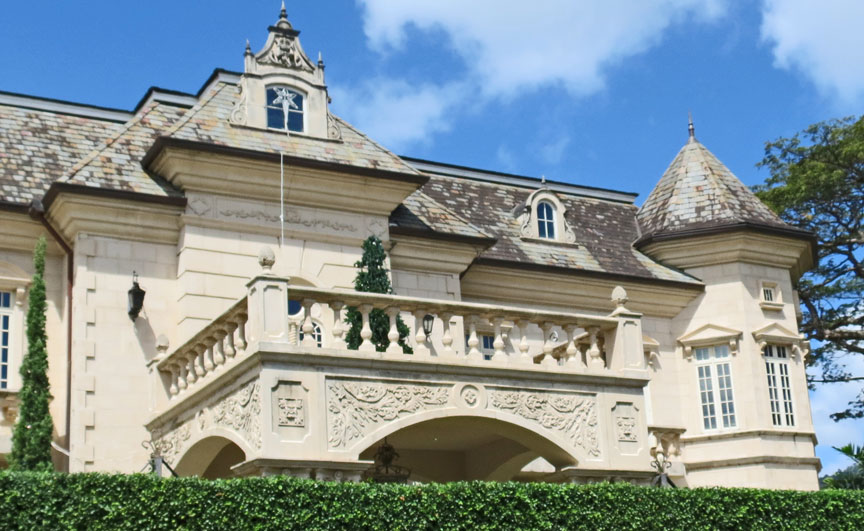 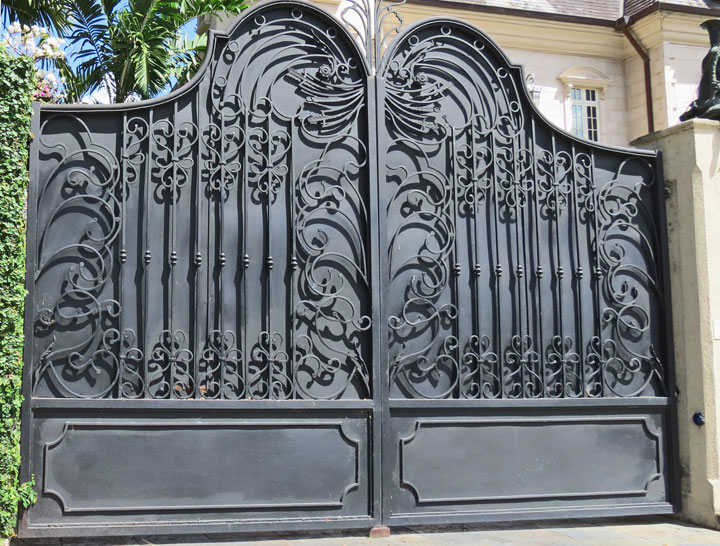 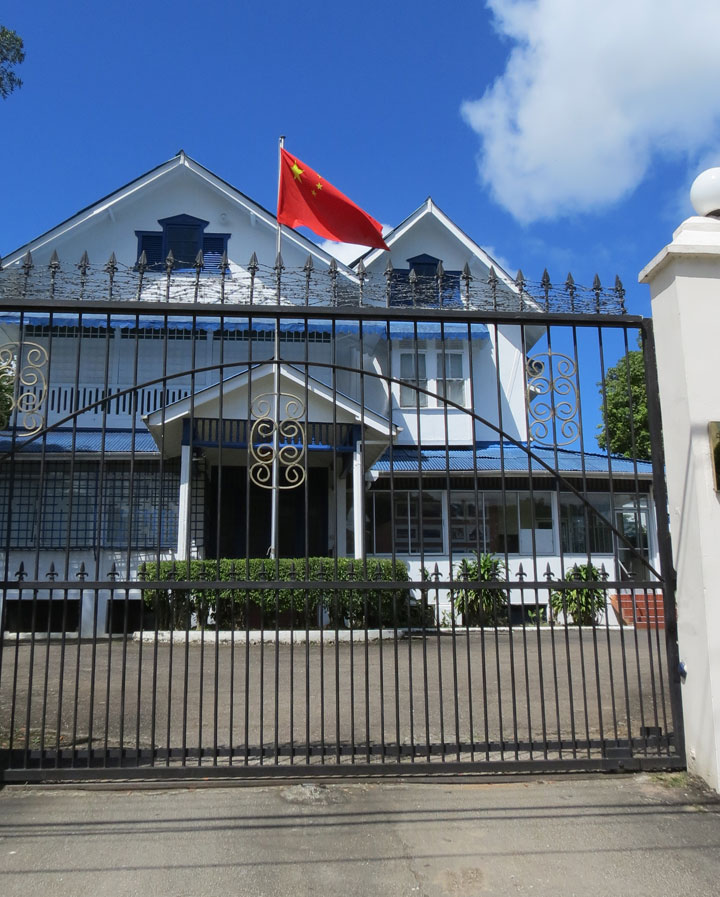 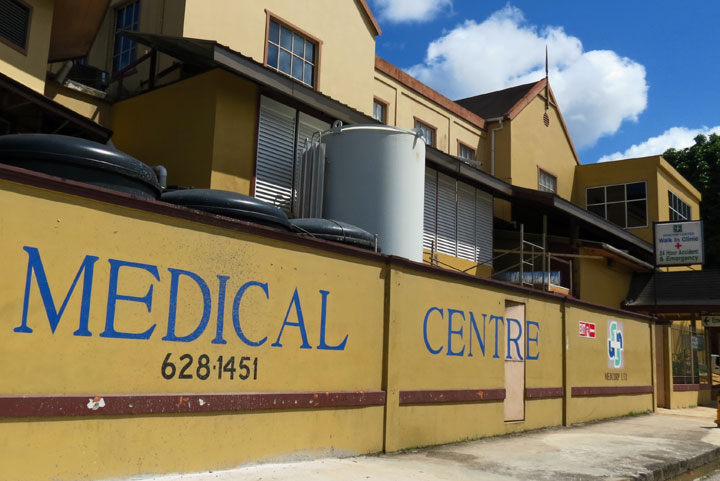 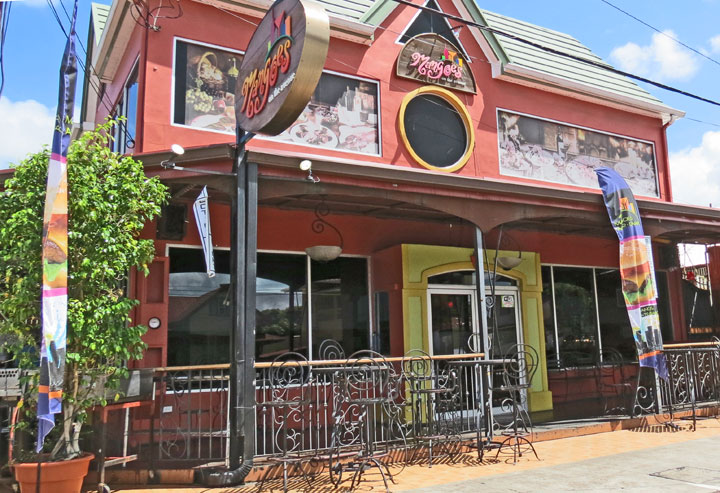 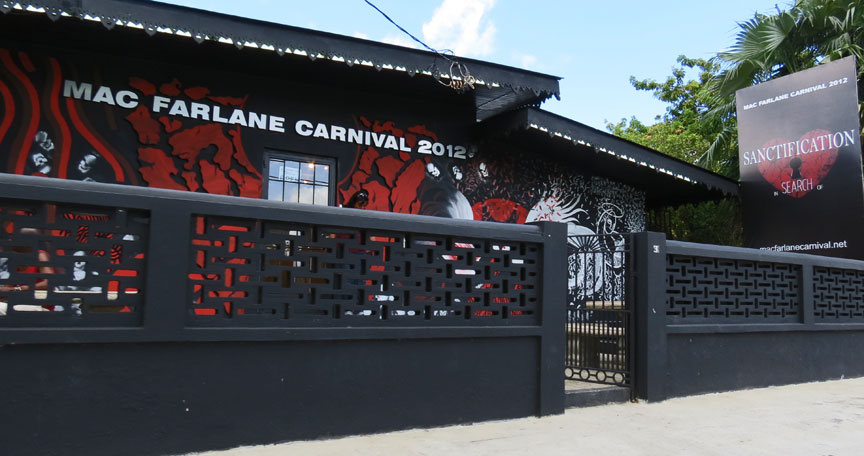 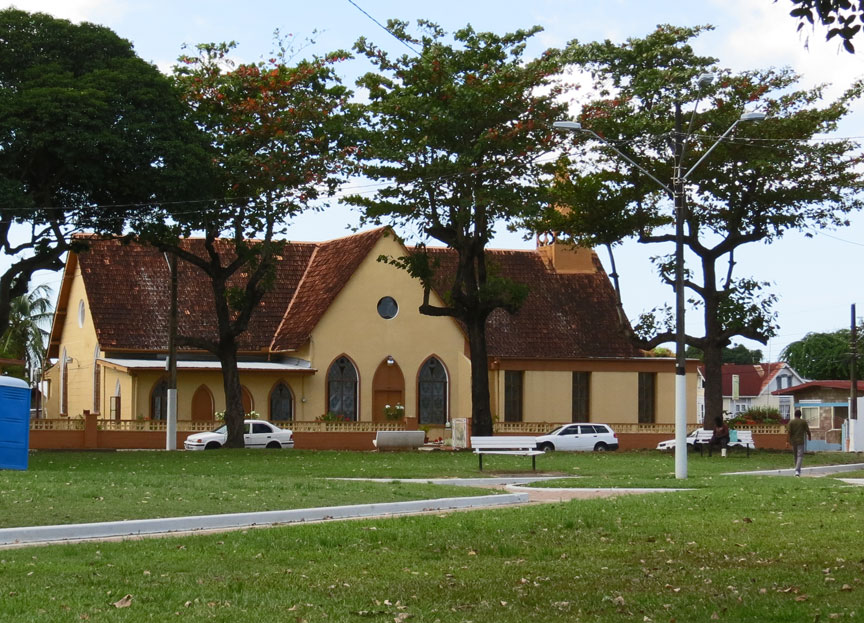 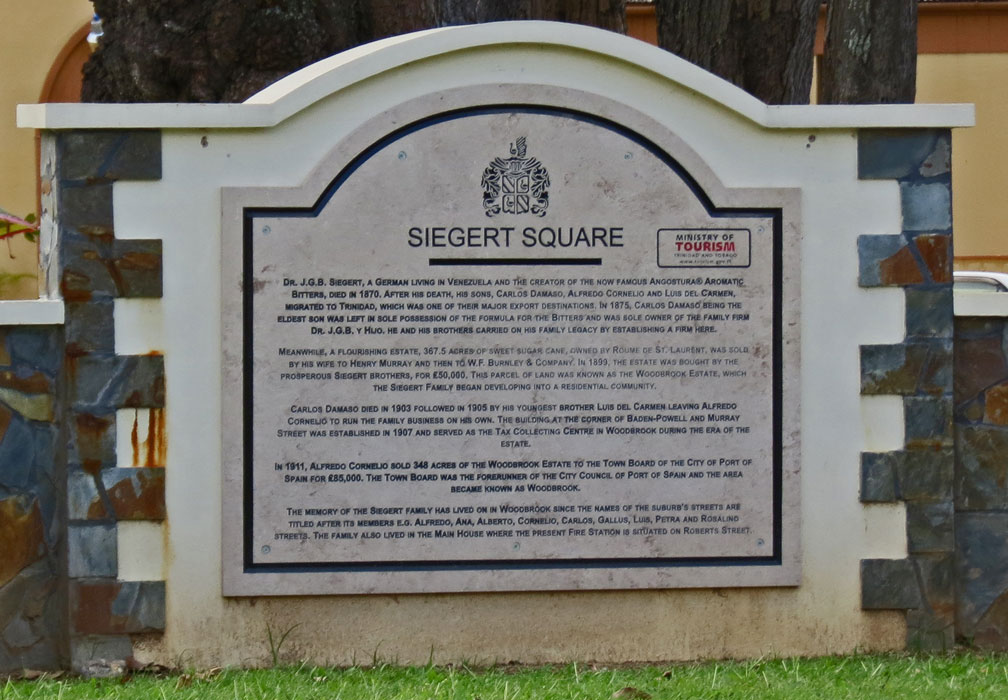 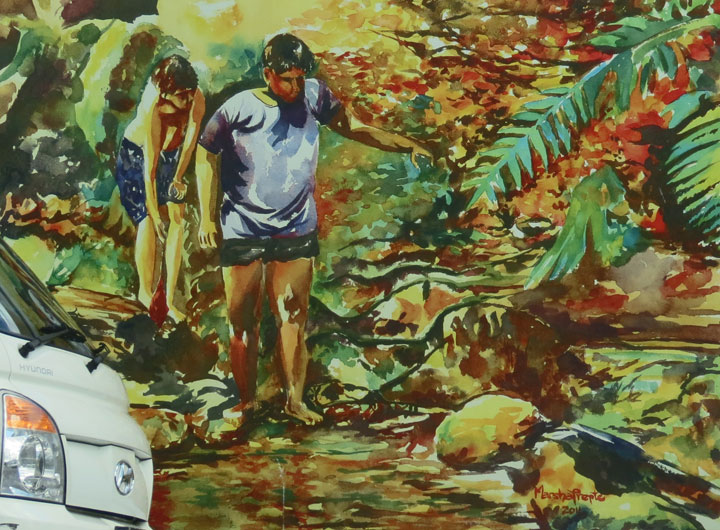 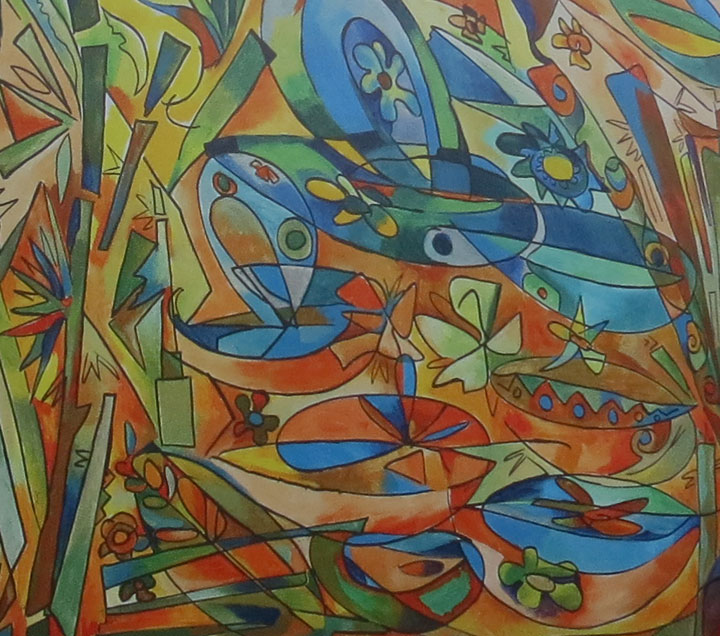 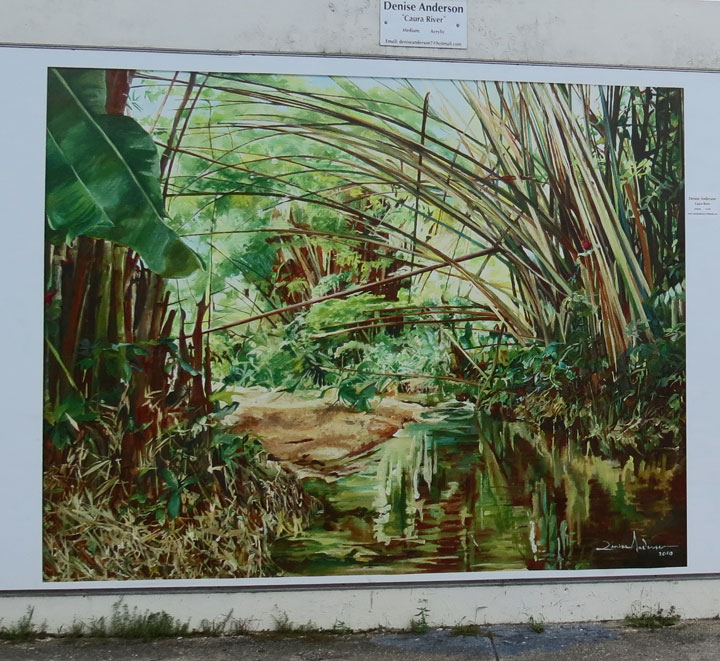 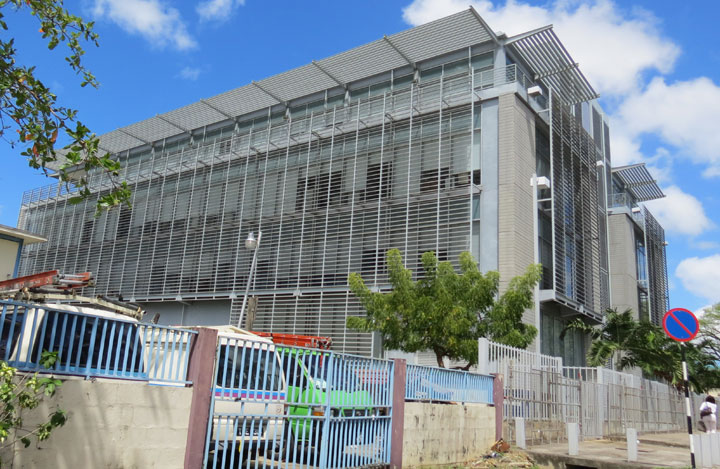 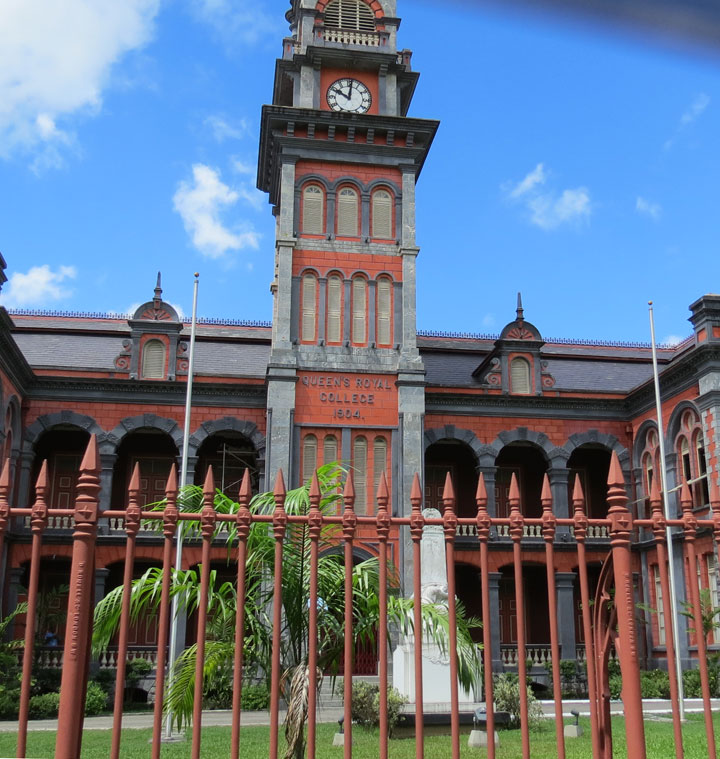 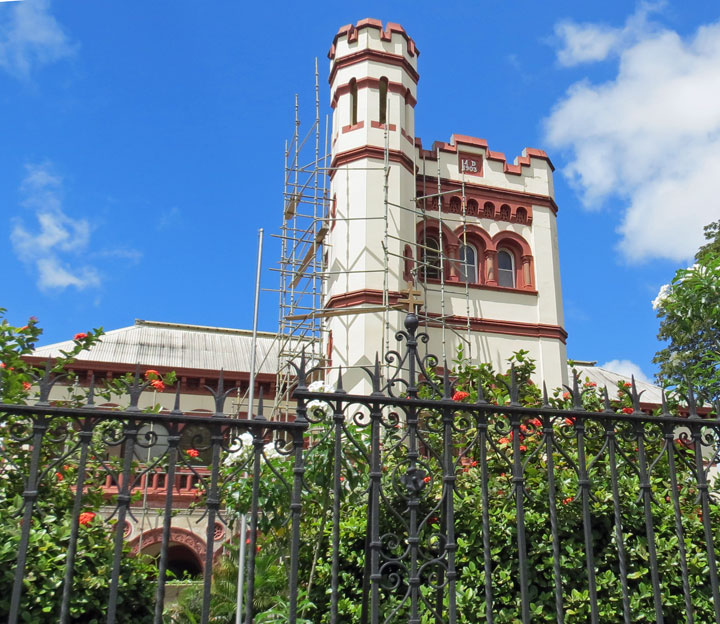