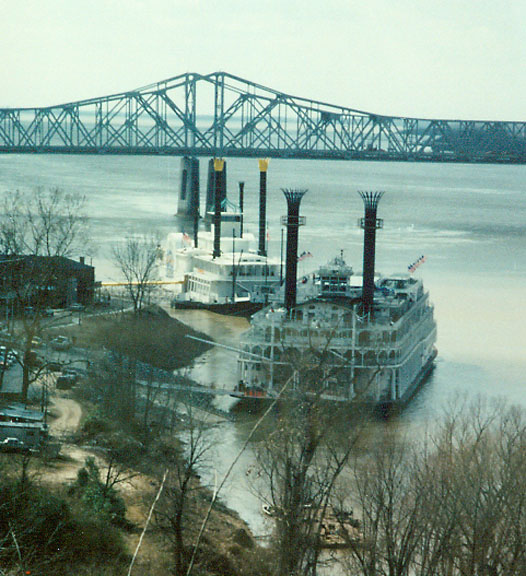 "Mississippi Queen" riverboat at the landing of "Natchez under the hill"
(boat behind is the new one in town, the gambling establishment)

More Photos of the Delta Queen

Natchez (Mississippi), city, seat of Adams County, southwestern Mississippi, on the bluffs above the Mississippi River; incorporated 1803. It is a shipping and manufacturing center situated in an area where cattle are raised and cotton, timber, petroleum, and natural gas are produced. Major products include tires, paper, metal items, textiles, processed food, and chemicals. Tourism is also important to the city's economy. 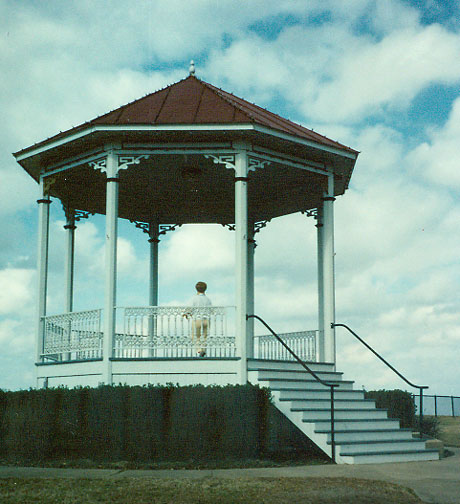 looking out from the hill 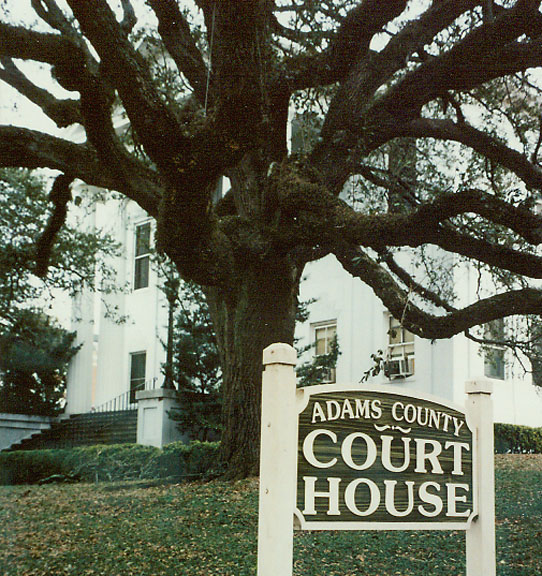 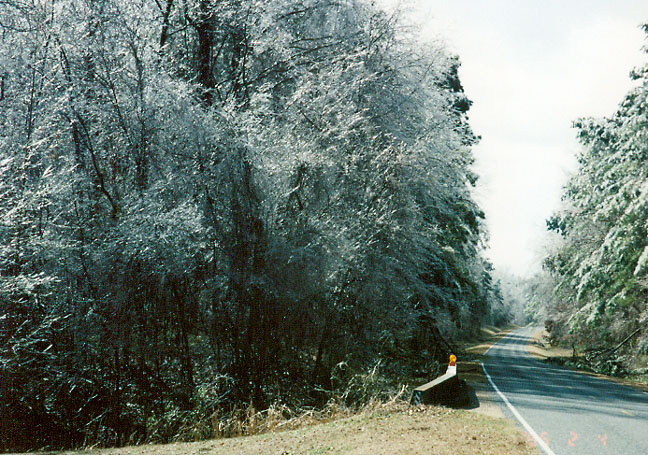 Natchez Trace Parkway, a route between Nashville, Tennessee, and Natchez, Mississippi
that roughly follows old Native American trails from the Ohio river to the Mississippi river and West to Texas 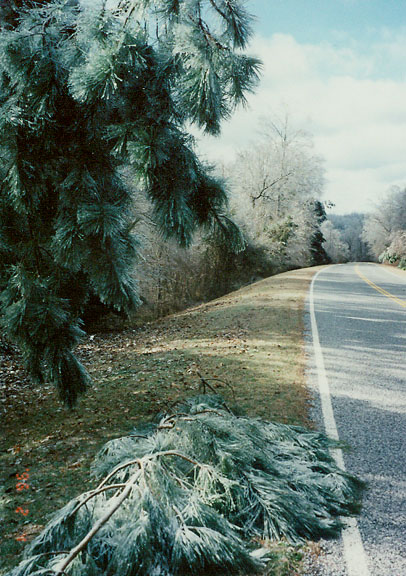 The Natchez Trace experienced its heaviest use from 1785 to 1820 by the “Kaintuck” boatmen that floated the Ohio and Miss. Rivers to markets in Natchez and New Orleans. They sold their cargo and boats and began the trek back north on foot to Nashville and points beyond.

Natchez (people), Native North American tribe of the Muskogean language family and of the Southeast culture area. The tribe once lived along the lower Mississippi River, near present-day Natchez, Mississippi. The Natchez were the largest and most unified tribe of the region, with some 5000 people in the mid-1600s. 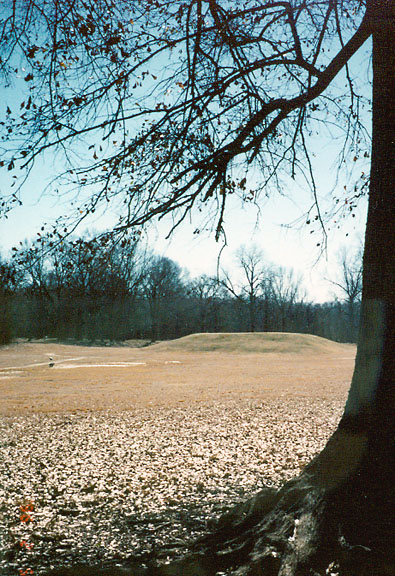 The Natchez were well established in their villages between the Yazoo and Pearl rivers when the French set up a trading post in 1713. French-Natchez relations soon deteriorated, and war ensued. In 1729 the French, together with the Choctaw, drove the Natchez from the region. Some took refuge among the Creek, Cherokee, and Chickasaw; others were captured by the French and sold into slavery. 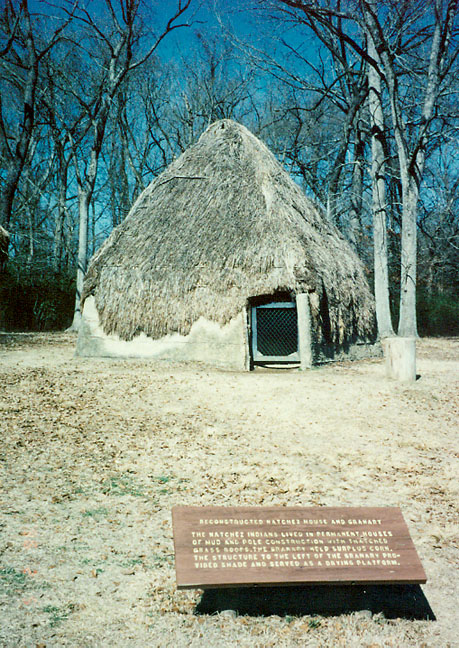 The Natchez were sun worshipers; they kept a perpetual fire burning in their temples. In their religion, their customs, and their dependence on the cultivation of maize for food, they were like the Creek, Choctaw, and other Gulf tribes. The Natchez, however, had rigid class distinctions, including a noble class of three ranks: Great Suns, Suns, and Honored Men. Unlike other chiefs, the Natchez Great Sun had autocratic powers over his subjects. 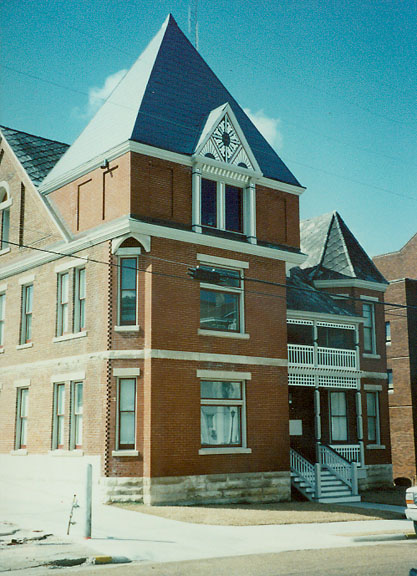 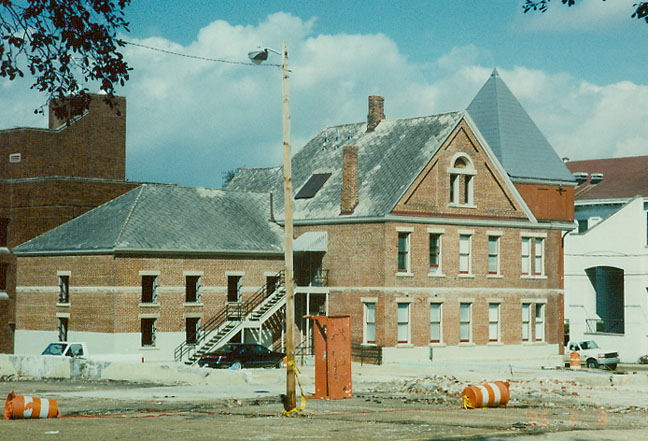 as seen from the side 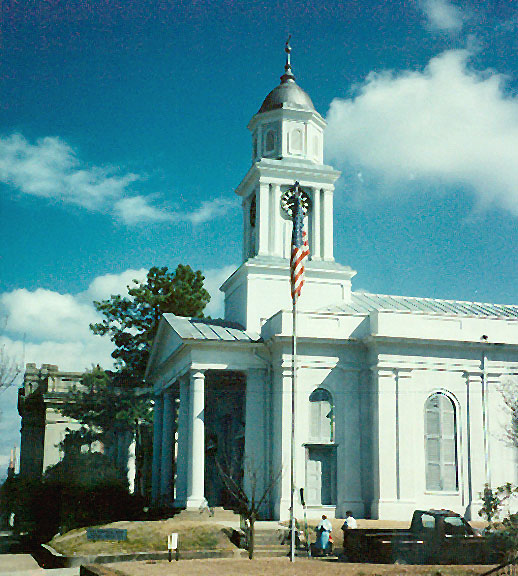 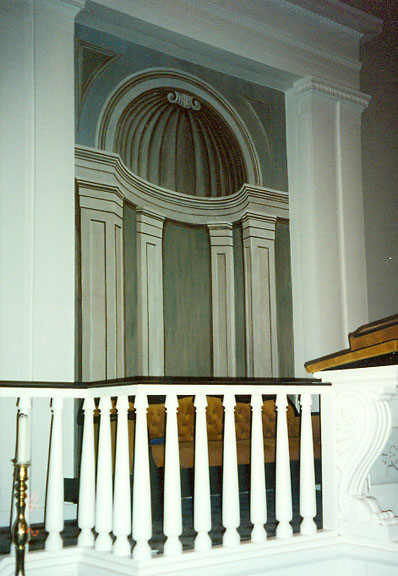 a trompe l'oeil effect, on the Presbyterian church interior
(a flat wall painting made to look three dimensional) 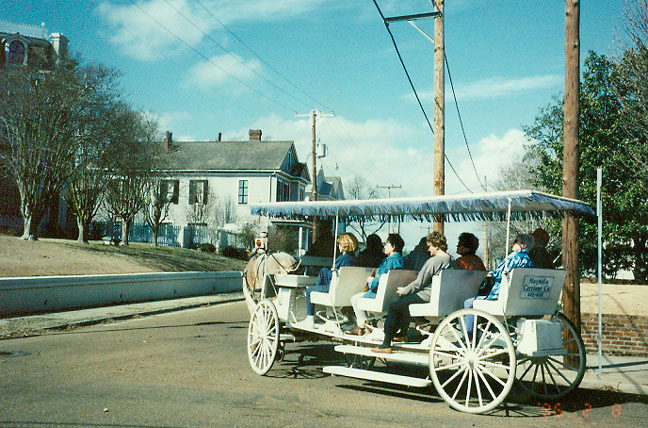 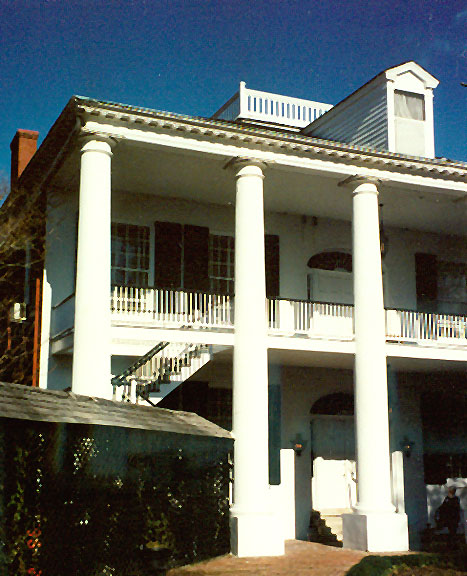 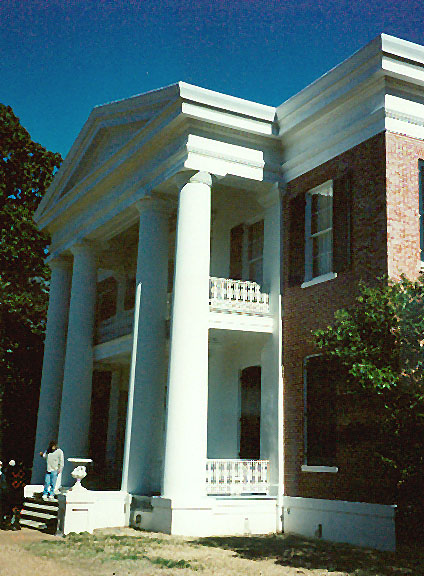 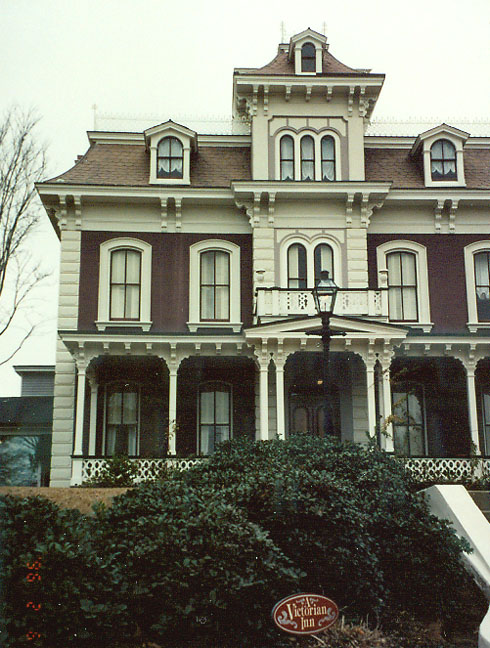 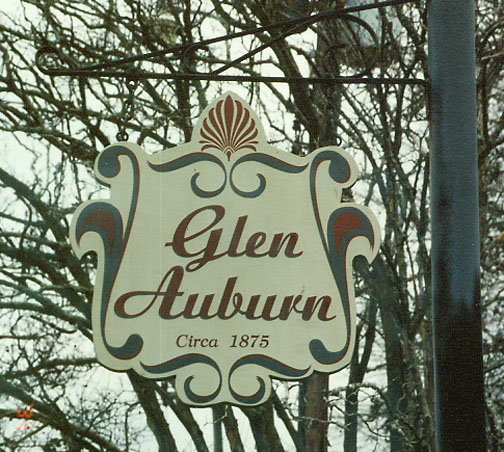 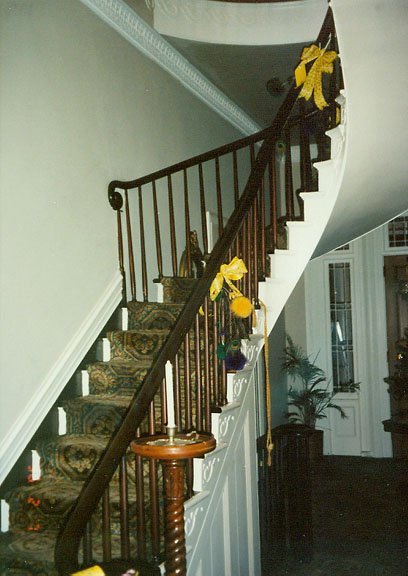 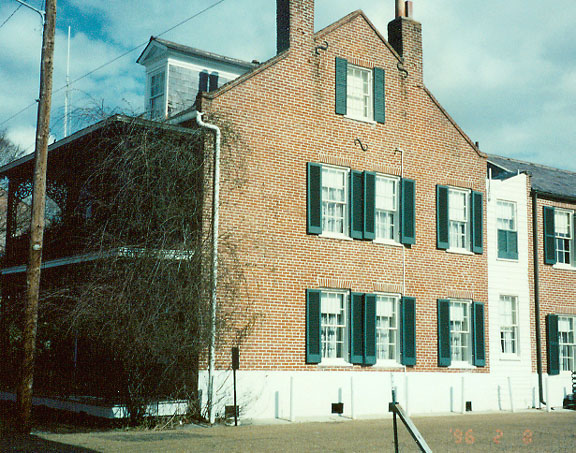 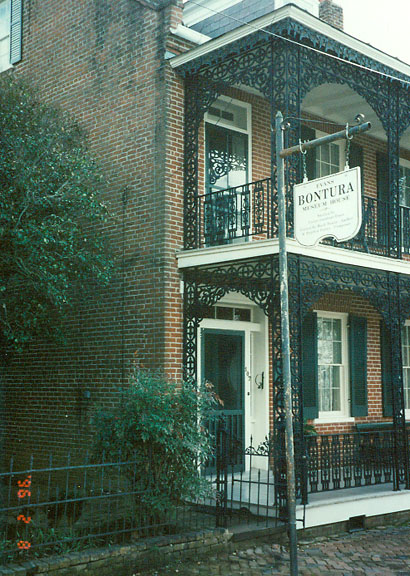 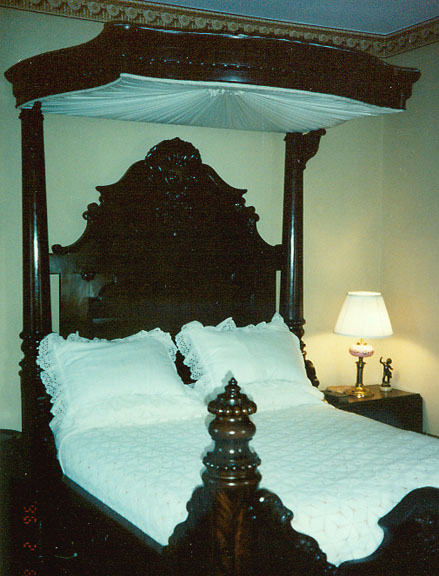 one of the inn's elegant bedrooms 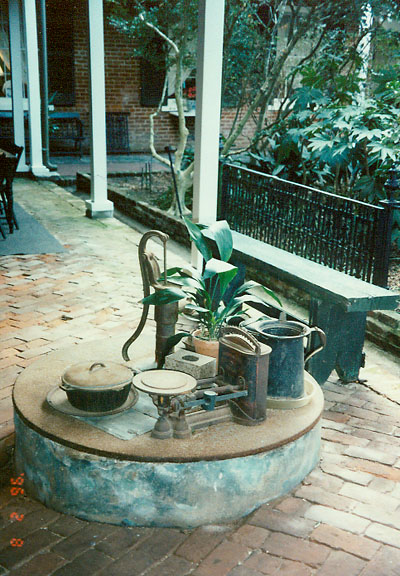 well in the courtyard 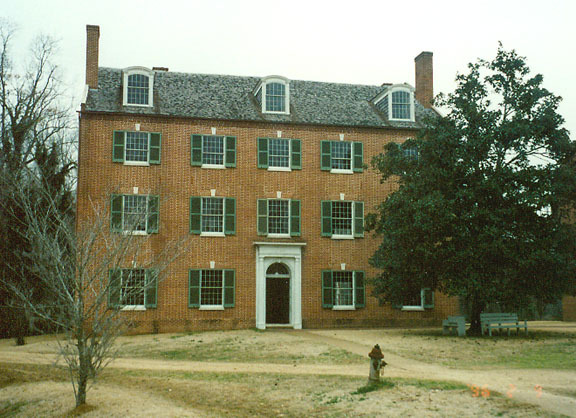 The first college established in Mississippi was Jefferson College,
which opened near Natchez in 1811. 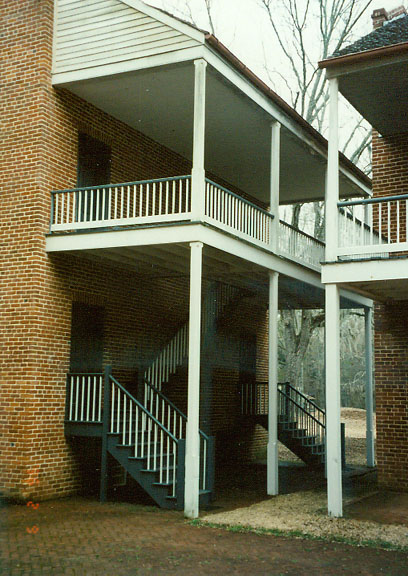 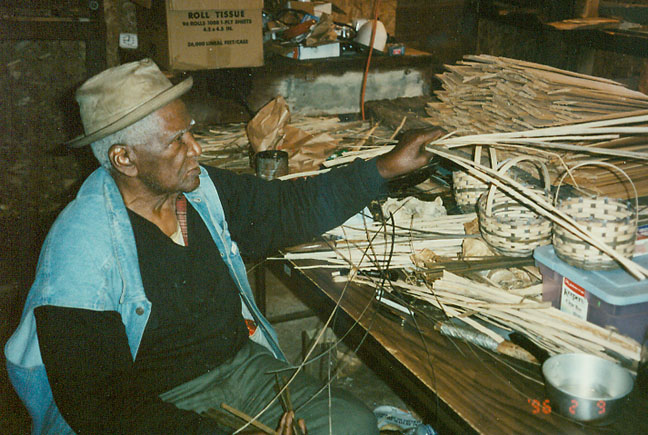