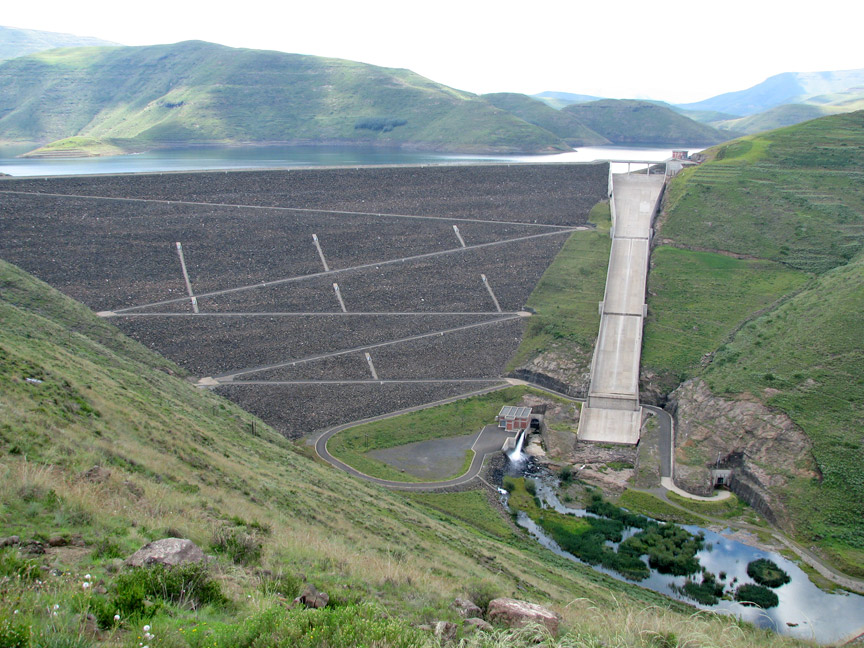 The Mohale dam, a very large rockfill dam, located on the Senqunyane river. 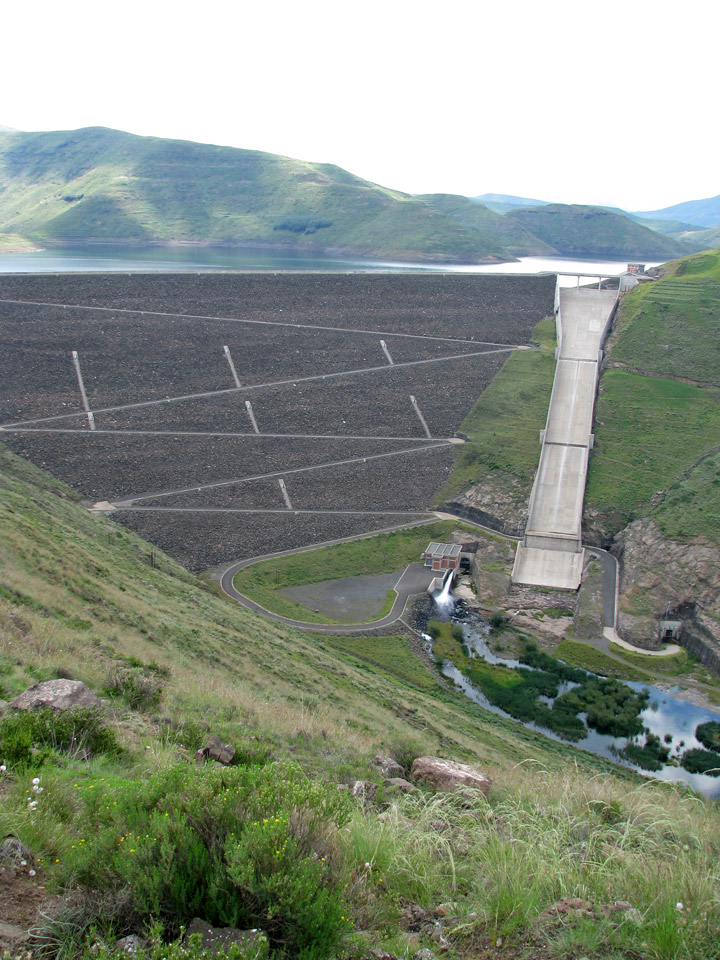 The Lesotho Highlands Water Project is an ongoing water supply project with a hydropower component, developed in partnership between the governments of Lesotho and South Africa. It comprises a system of several large dams and tunnels throughout Lesotho and South Africa. In Lesotho, it involves the rivers Malibamatso, Matsoku, Senqunyane and Senqu. In South Africa, it involves the Vaal River. It is Africa's largest water transfer scheme. 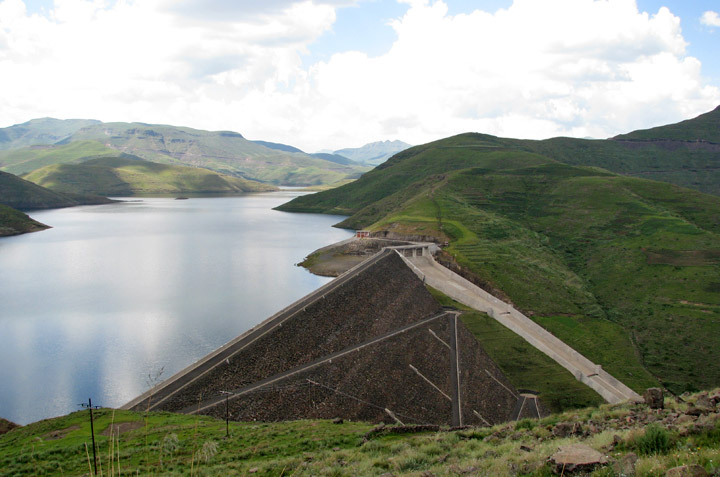 The purpose of the project is to provide Lesotho with a source of income in exchange for the provision of water to the central Gauteng province where the majority of industrial and mining activity occurs in South Africa, as well as to generate hydroelectric power for Lesotho (currently almost 100% of Lesotho's requirements). 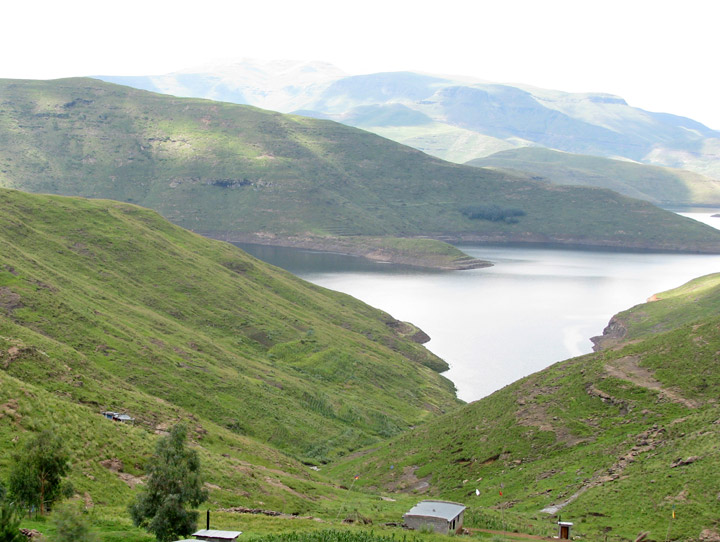 part of the reservoir

The potential benefits of the project were already identified in the 1950s by then British High Commissioner Sir Evelyn Baring, among others. After a complete feasibility study was conducted between August 1983 and August 1986 (German-British Lahmeyer MacDonald Consortium was appointed for this task), the project eventually began to realize. 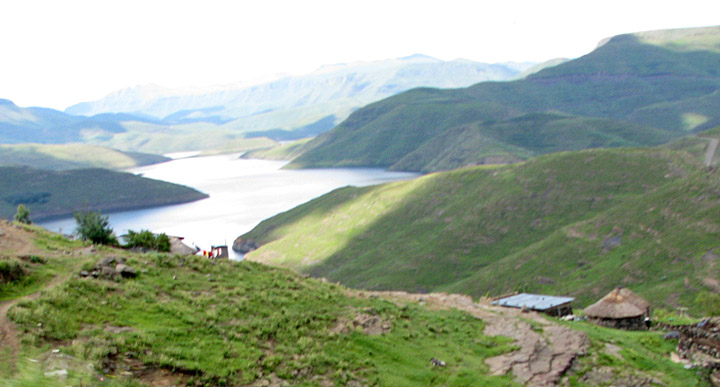 The project has had an important impact on Lesotho's infrastructure, as hundreds of kilometers of engineered paved roads were built in order to improve access to the different construction sites, and, together with engineered unpaved 'feeder' roads around the dams, continue to provide much improved communication for many villages in the mountainous interior. The project has been alleged to have had negative social and environmental effects, as well as benefits. While compensation was provided in kind and paid to the few hundred households affected by the dams, there is criticism that it was insufficient. It was not intended to address the water supply problems in Lesotho, but by paying royalties to the Lesotho Government for development purposes benefits have reached much of the population. In recent years, water from the scheme has been discharged into the Mohokare (Caledon) river to provide water to Maseru in times of critical shortages. The new dams have filled as anticipated and discharge of water from the dams into the downstream rivers continues in a scheme devised to preserve ecological balances. This discharged water flows to the Senqu (Orange) and while preserving the ecological status quo benefits only those communities along the rivers. 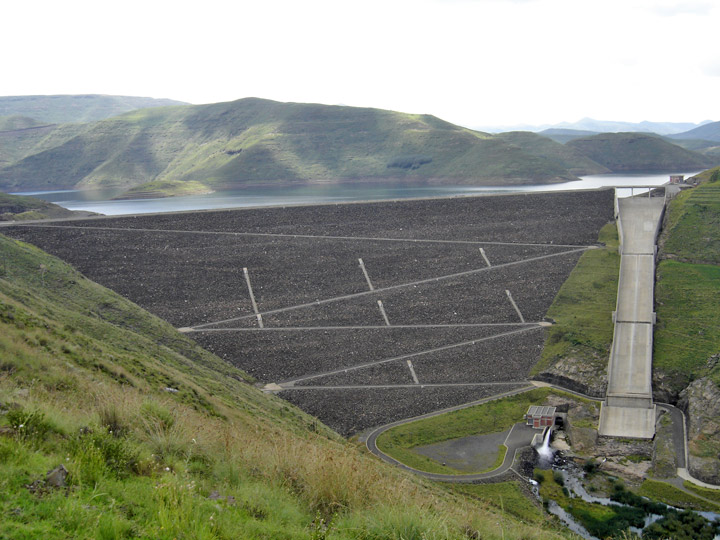 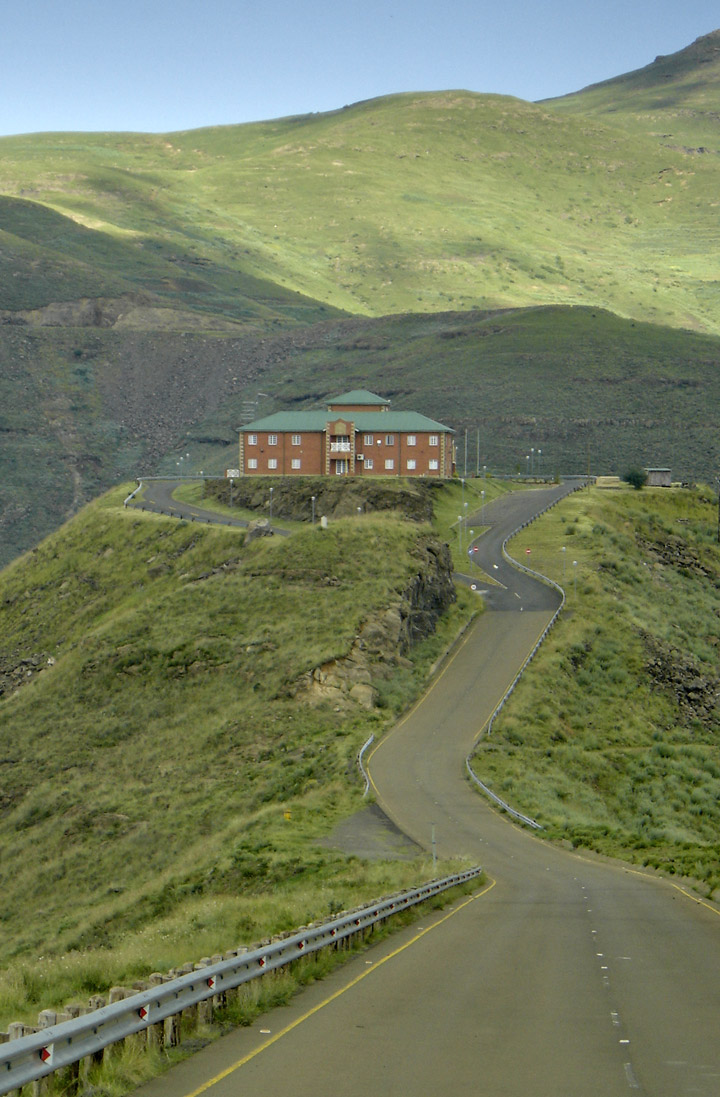 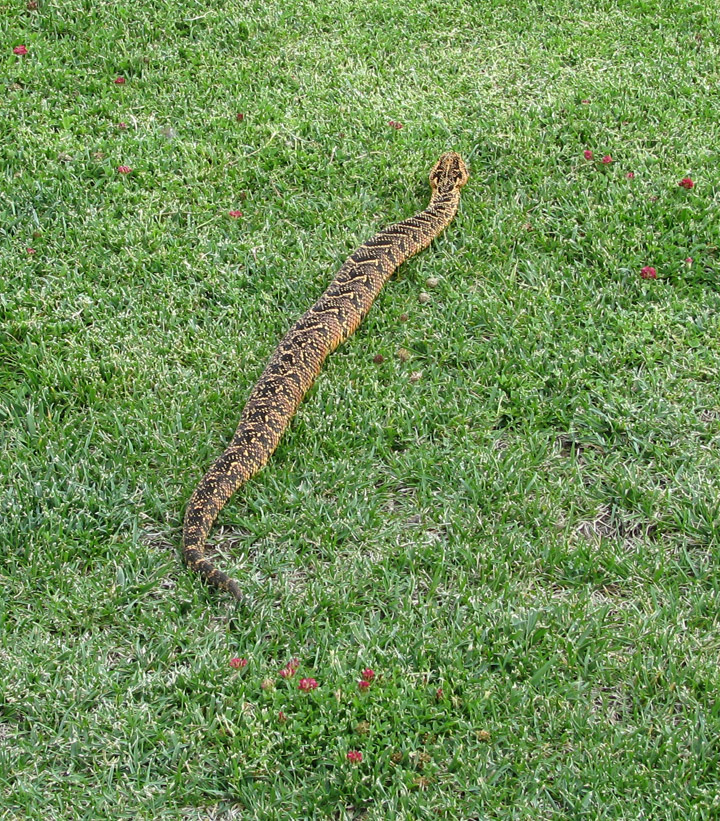 Puff Adder on the grounds

Bitis arietans is a venomous viper species found in savannah and grasslands from Morocco and western Arabia throughout Africa except for the Sahara and rain forest regions. This is considered to be Africa's most dangerous snake, not only because it is probably the most common and widespread snake in Africa, but also because of its large size, potent venom, and willingness to bite.