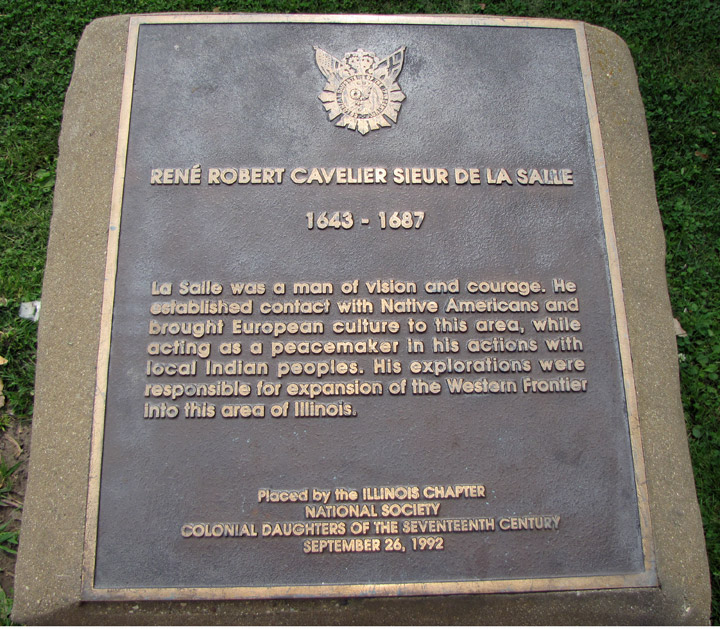 Starved Rock is a historic place that was the site of explorer La Salle's Fort St. Louis, near Ottawa, Illinois. It is also known as 11-Ls-12 and as Site of Fort St. Louis-Le Rocher. It is a flattopped rock cliff over the Illinois River that is the central feature of the much larger Starved Rock State Park, 25 acres (100,000 m2) versus 2,630 acres (10.6 km2). It was located across the river from the Grand Village of the Kaskaskia. 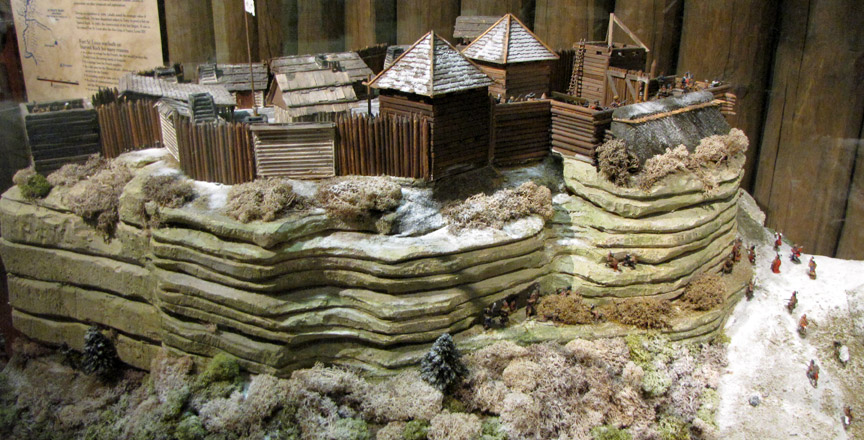 It was declared a National Historic Landmark in 1960. 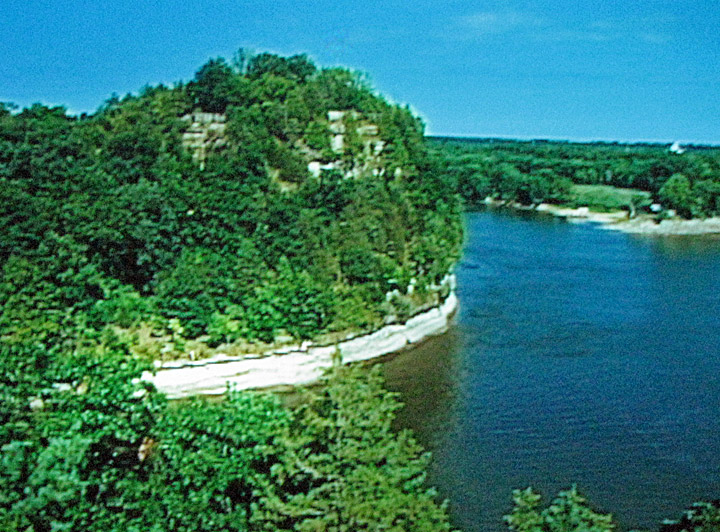 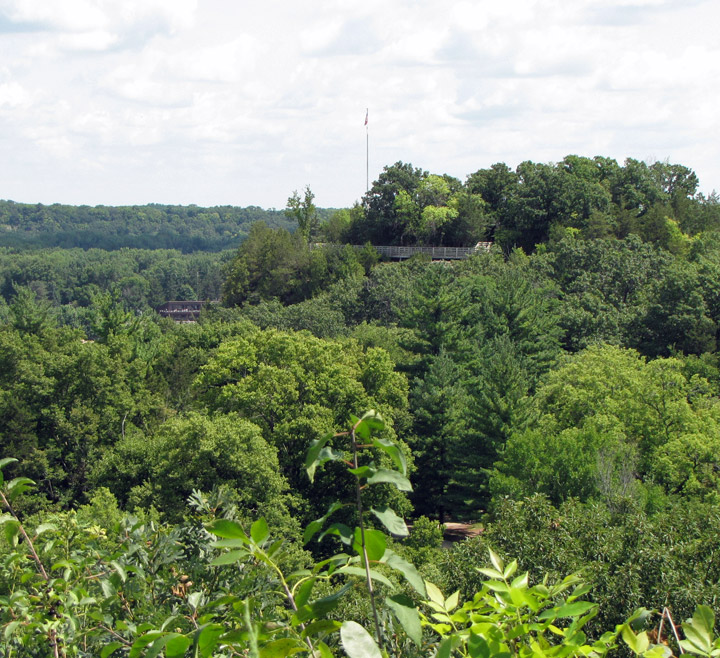 as seen from the Lodge


Starved Rock itself is a large eroded butte overlooking the Illinois River. French explorers built a fort called Fort St. Louis atop the rock in 1682 but had abandoned it by the early 1700s. 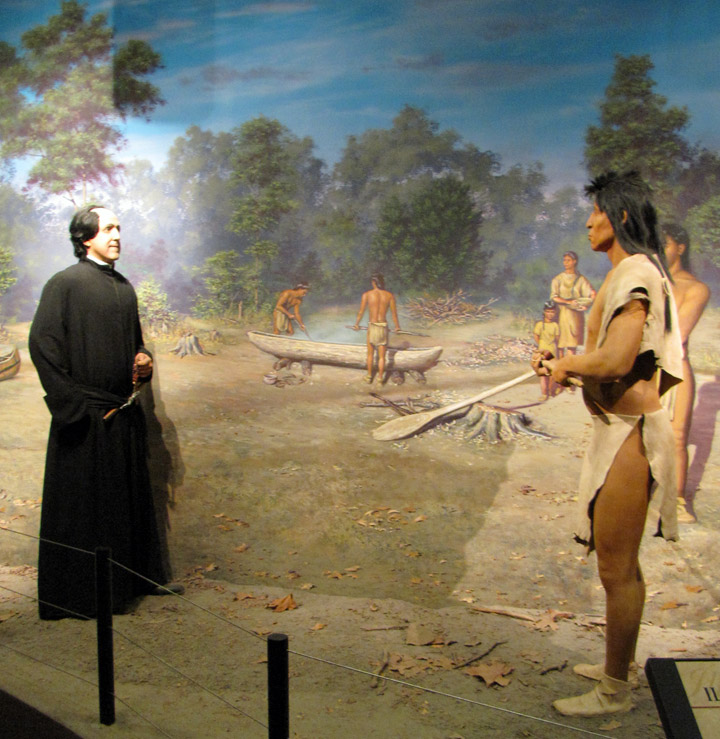 The rock derives its name from a story that a band of Illiniwek was trapped in the 1760s on the rock by a band of Potawatomi trying to avenge the death of the Ottawa Chief Pontiac. The Illiniwek then scrambled to the top of the rock, where the Ottawa and allied Potawatomi laid siege until the Illiniwek starved to death. However, the authenticity of the story has never been verified, and the story is now considered to be more legend than truth. 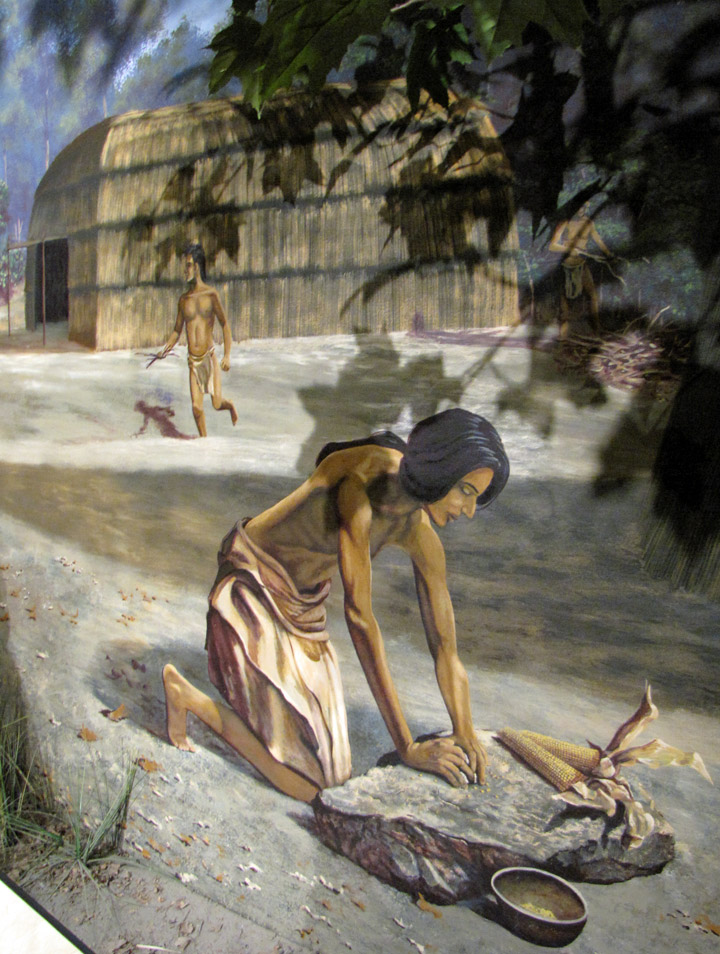 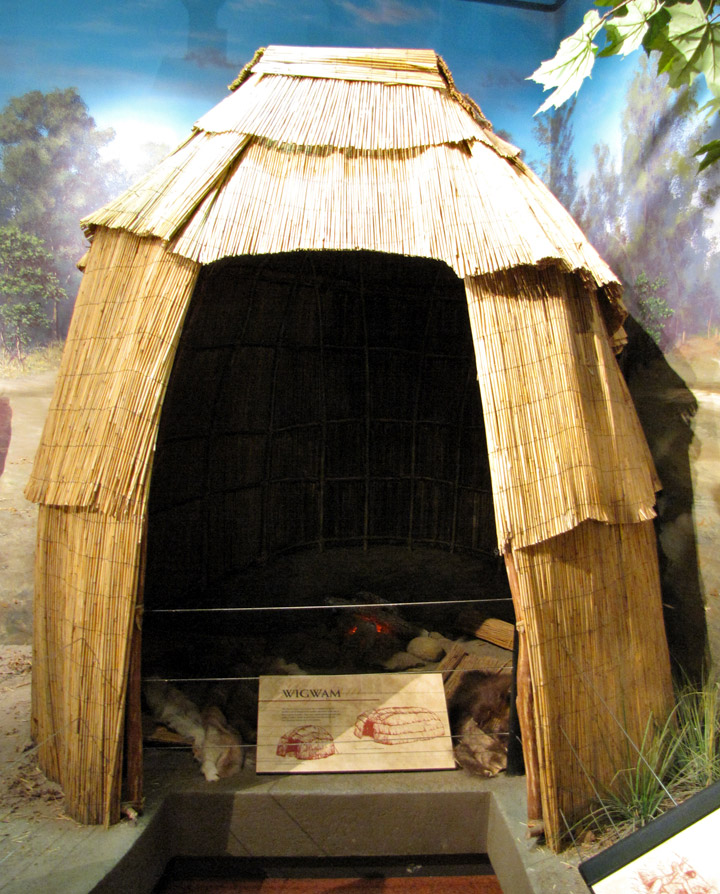 Starved Rock State Park is an Illinois state park located in Utica, Illinois, in rural LaSalle County, Illinois, about 75 miles (120 km) west-southwest of downtown Chicago. The park is 2,630 acres (10 km²) in size and includes 13 miles (21 km) of hiking trails, numerous waterfalls (ice falls in winter) and other landforms. The park contains 18 sandstone canyons carved over the last 12,000 years by a combination of surface water runoff and groundwater outflow. 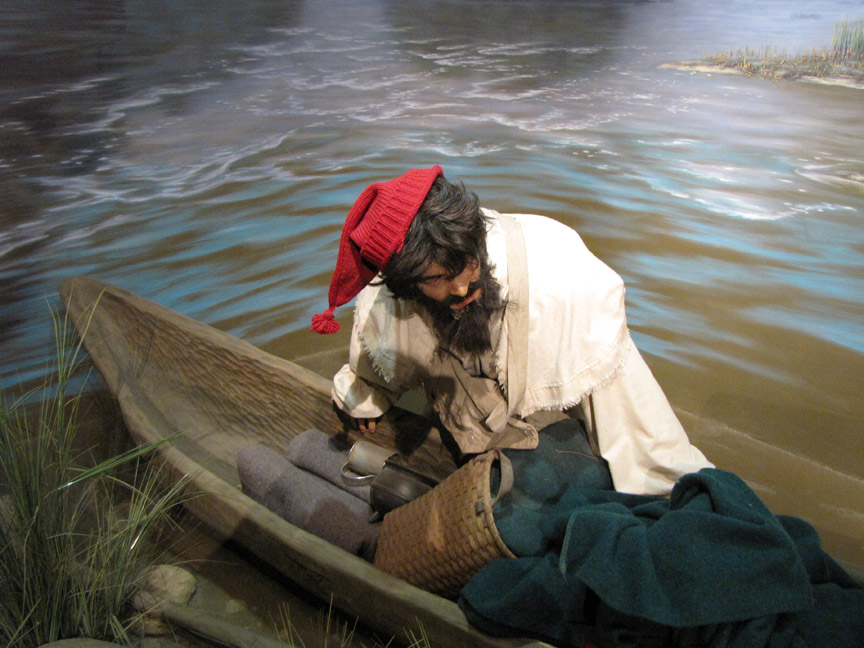 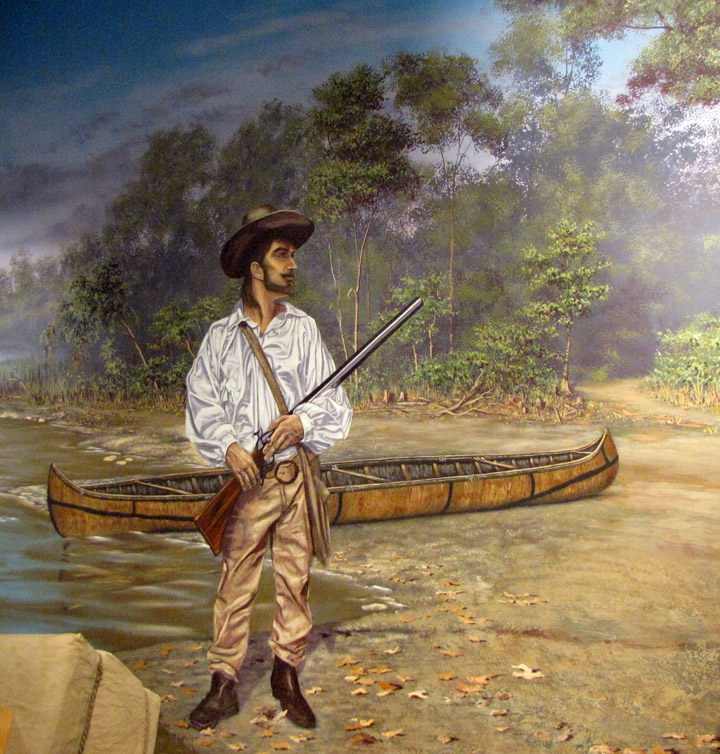 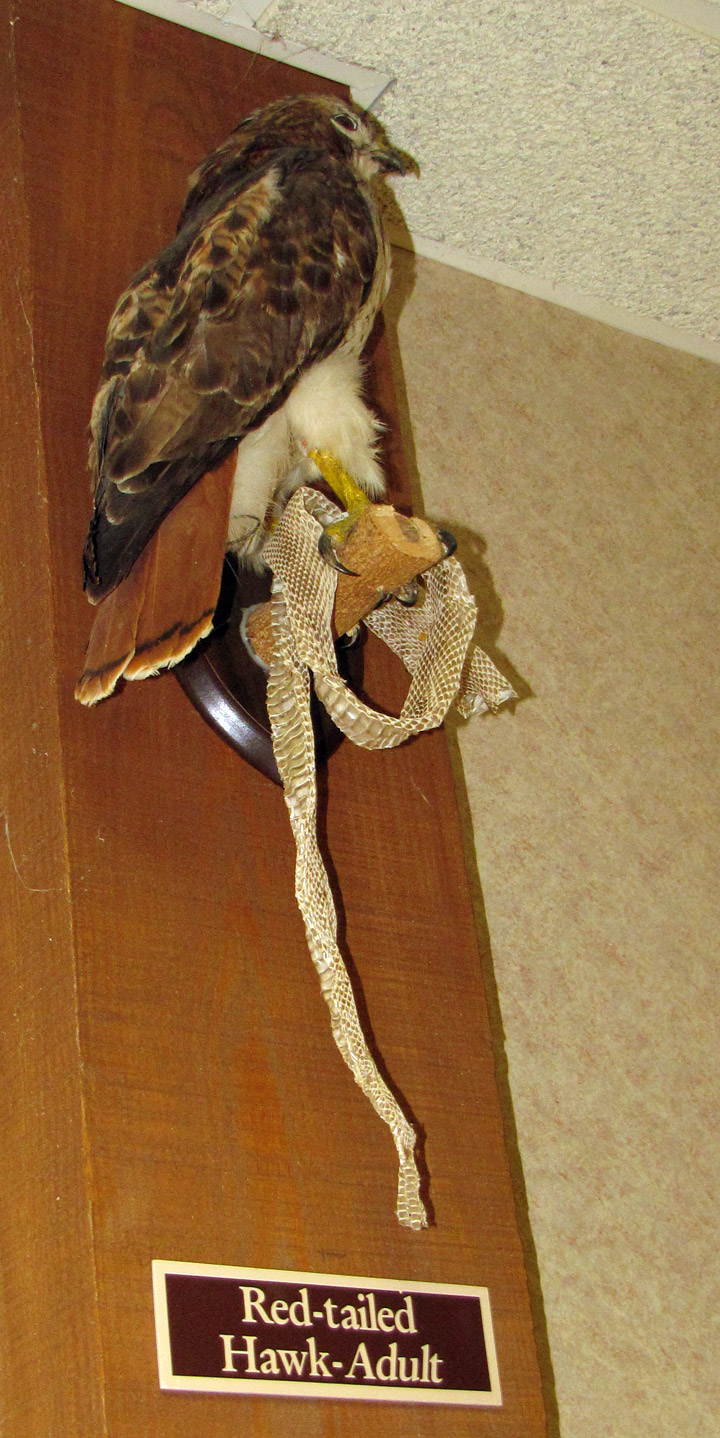 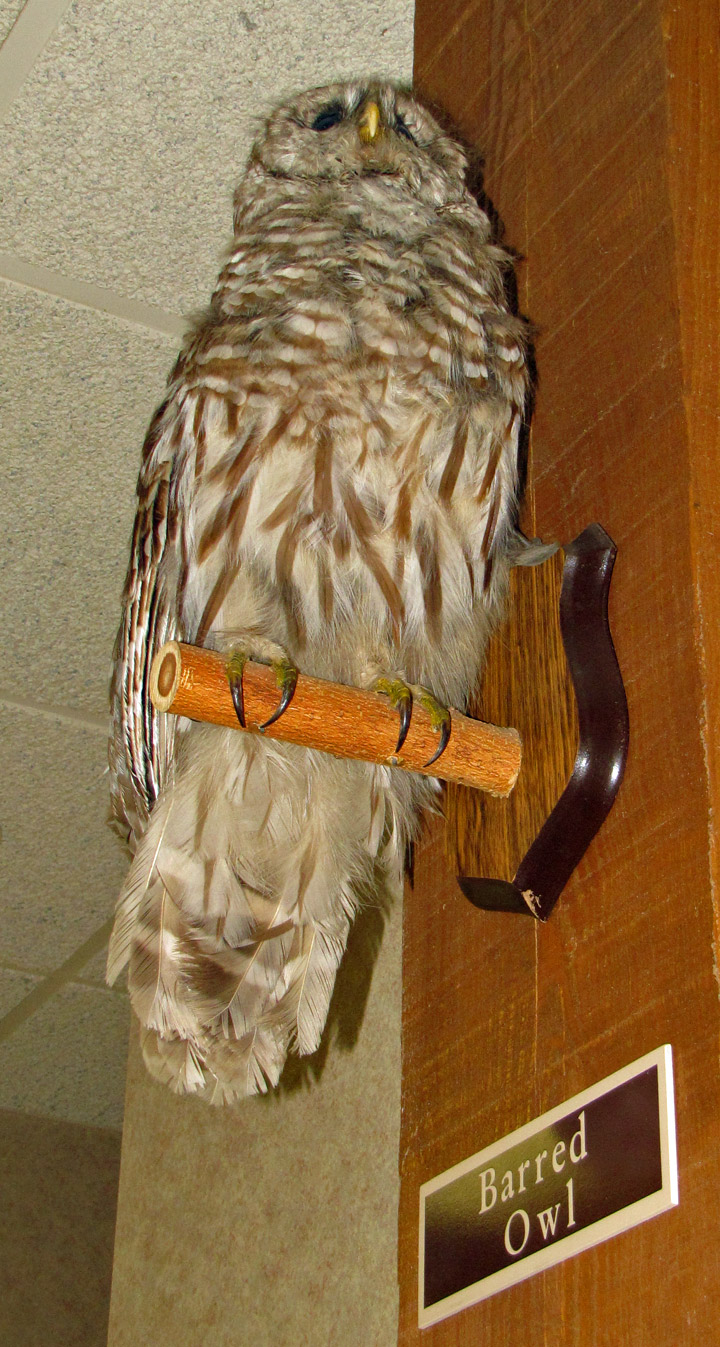 Camping, boating and fishing are popular activities in the park. On the property there is also a 1930s lodge built of full timbers by the Civilian Conservation Corps in National Park Service Rustic style, the Starved Rock Lodge and Conference Center. Overnight accommodations and restaurant are available at the park and in nearby communities of LaSalle, Oglesby, Ottawa, Peru and Utica. 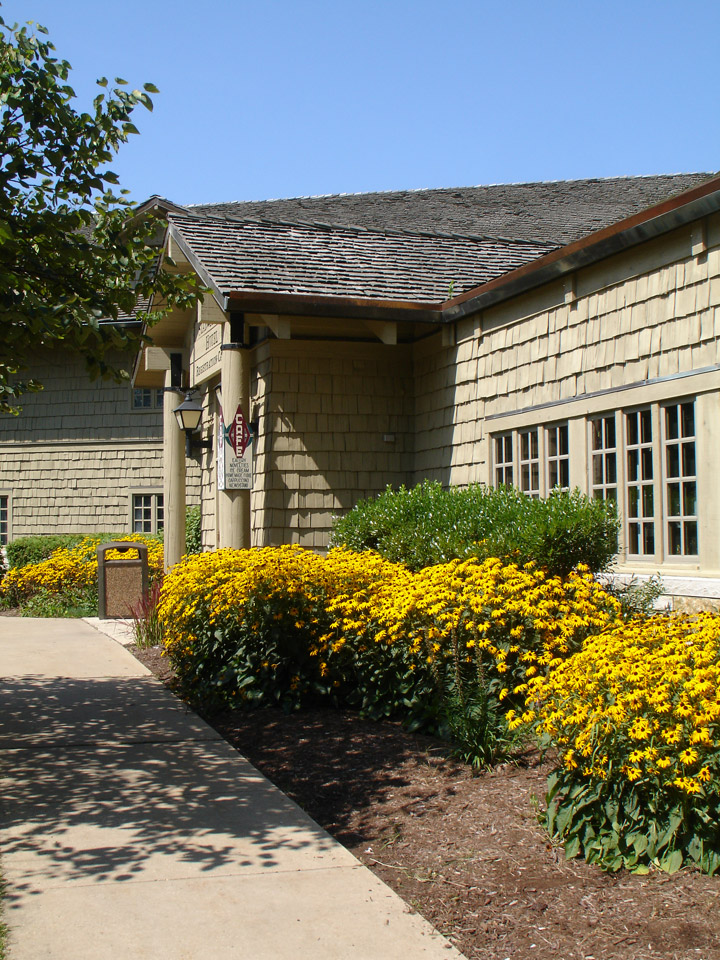 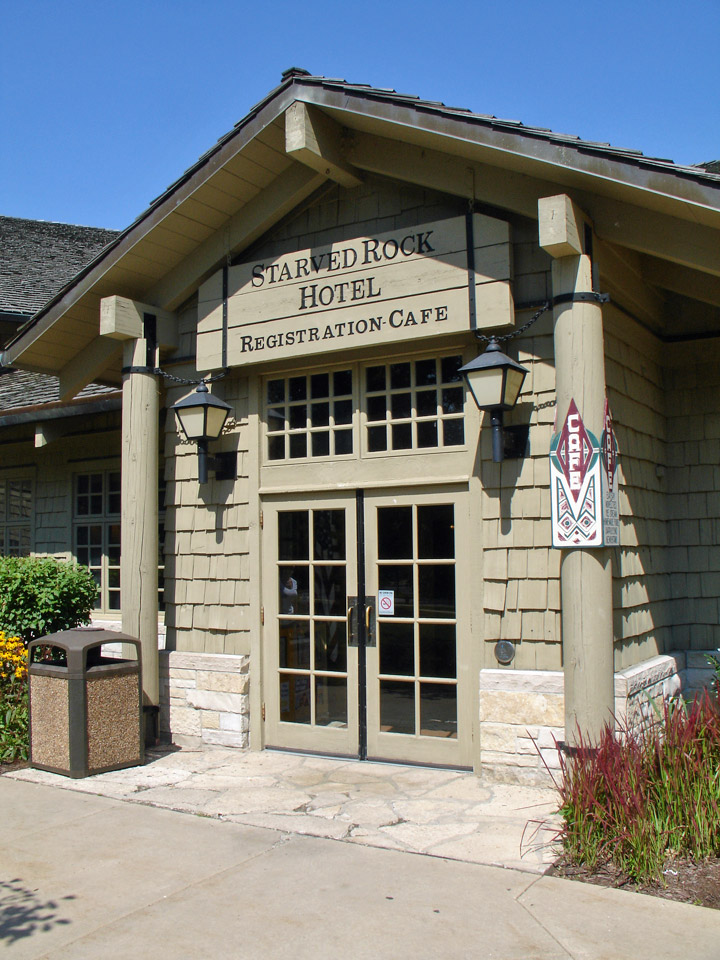 Lodge built by the CCC 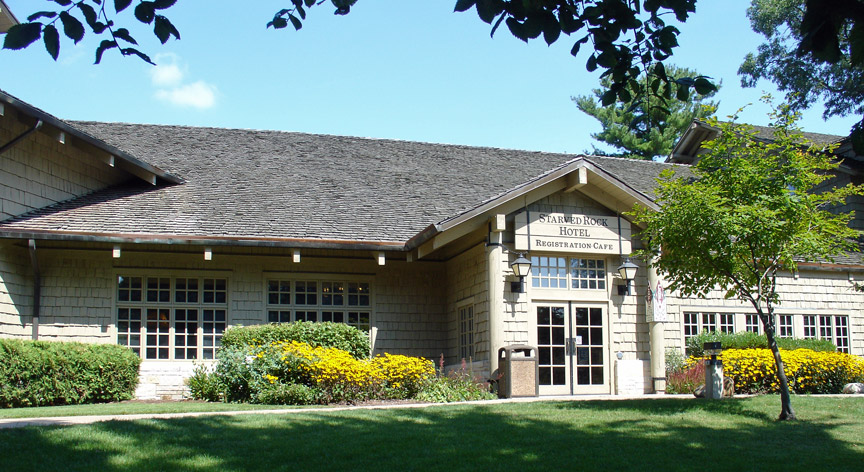 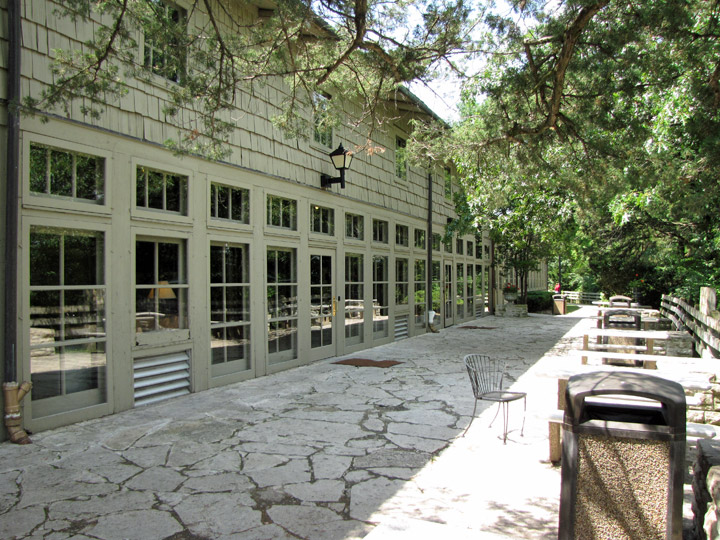 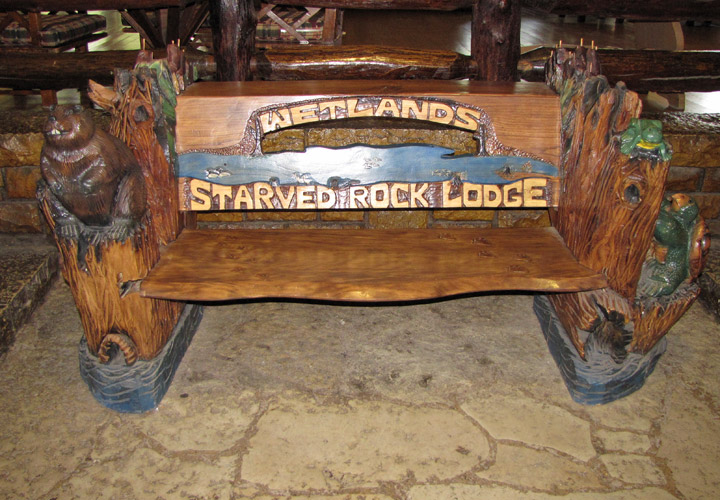 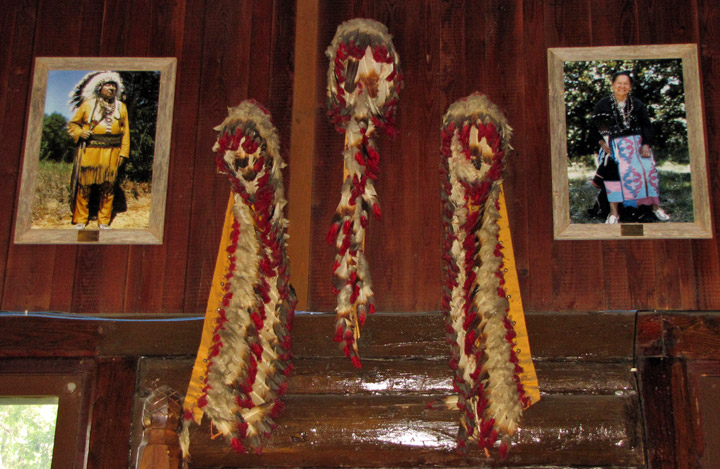 Starved Rock State Park is one of the busiest State Parks in Illinois with yearly attendance over 1 million visitors each year. While the natural areas show definite signs of great use (erosion is one of the biggest problems the park faces), a great deal of botanical diversity is found there. As an example, 18 species of ferns have been identified in the forest, wetland, and canyon habitats. 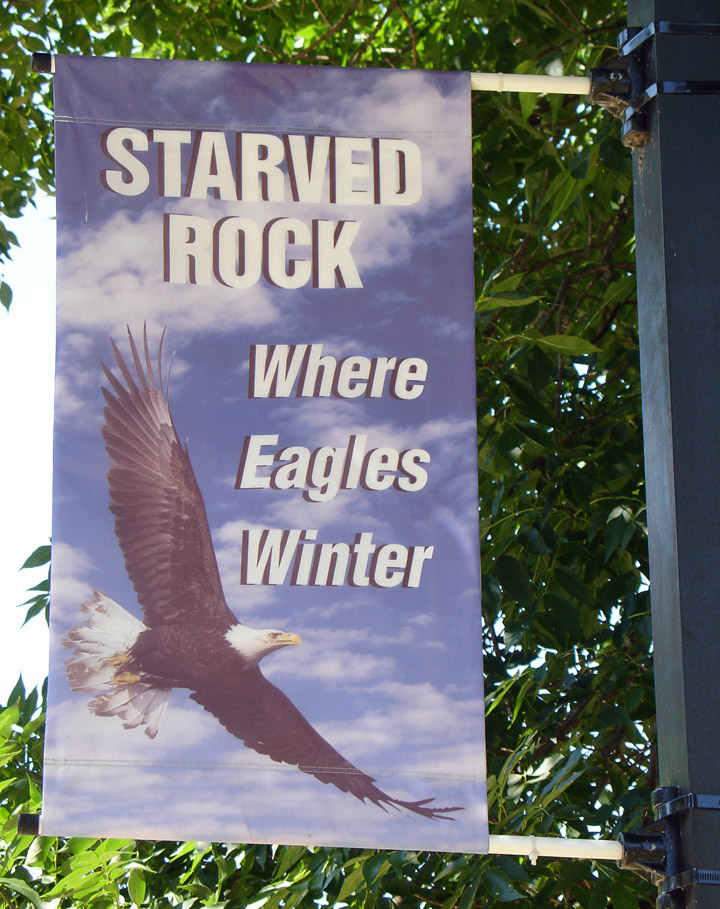 Peter Wolf Toth (born December 1947) is a Hungarian-born sculptor, who immigrated to the United States and settled in Akron, Ohio. He later studied art at the University of Akron. He created a series of sculptures called Trail of the Whispering Giants to honor Native Americans. Overall, he has created more than 60 sculptures, including at least one in each state of the United States, and in several provinces of Canada. 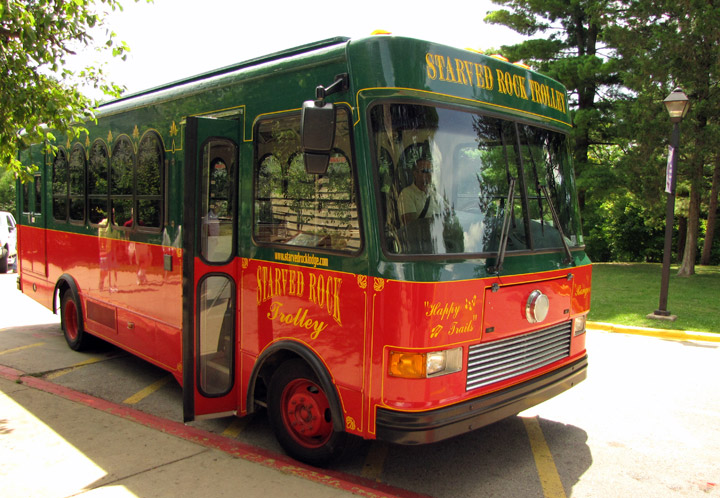 Visitors are advised to stay on the trail for their safety. Typically, at least one or two individuals fall off a cliff each year. There were 4 deaths from falls between 1999 and 2006. No venomous or dangerous animals have been identified within the park, although nearby Matthiessen State Park had a very unusual Timber Rattlesnake sighting in the 1980s. 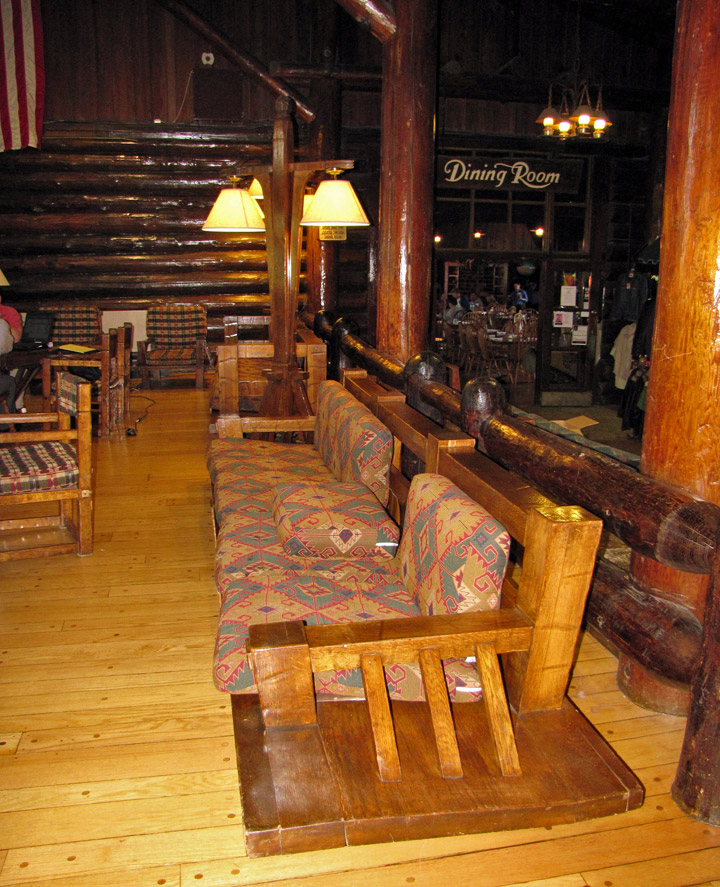 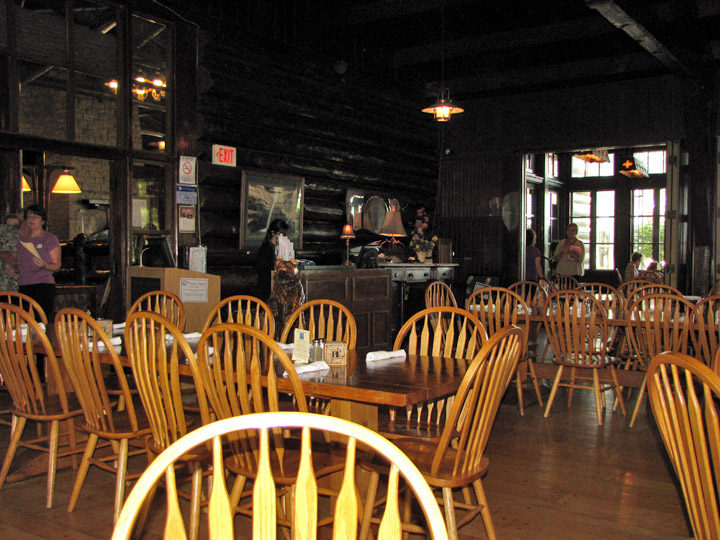 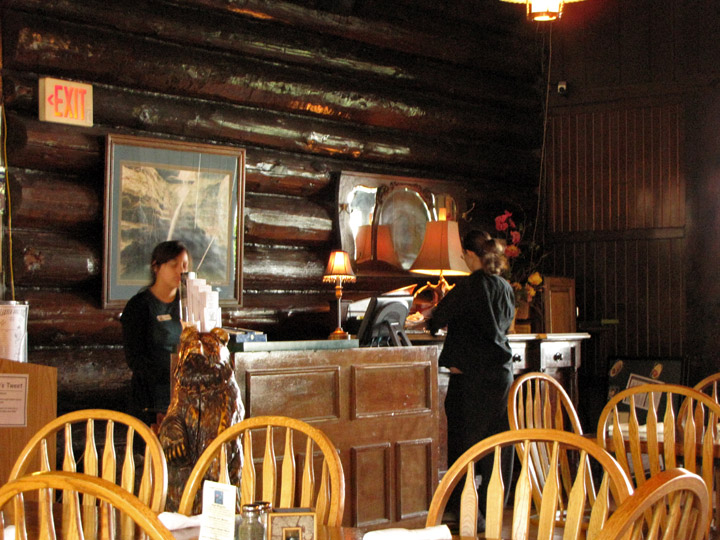 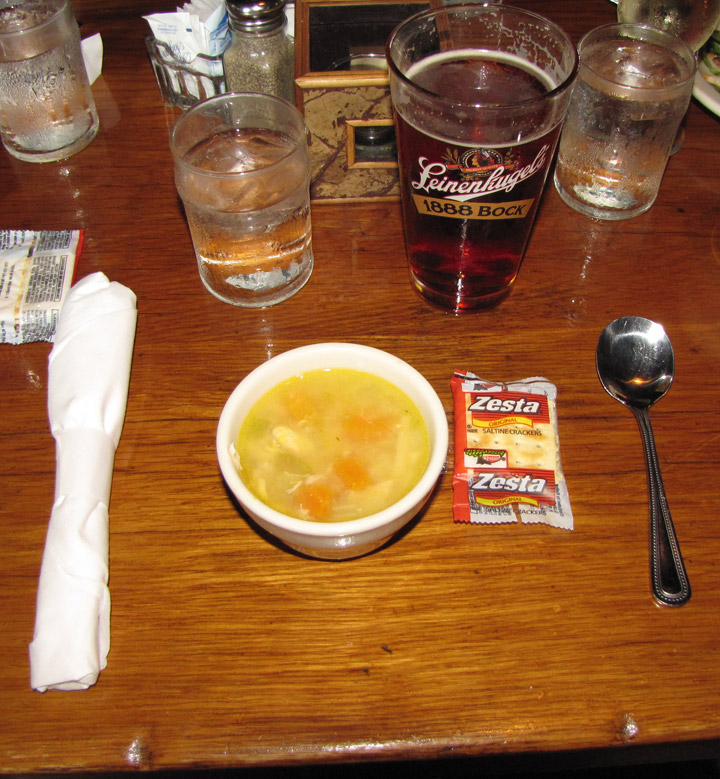 soup from the lunch buffet 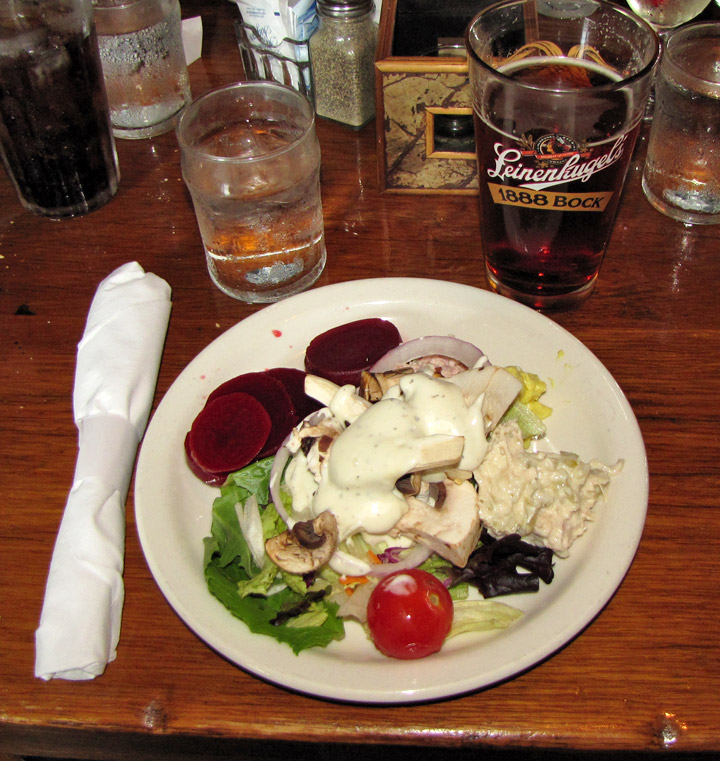 salad from the salad bar 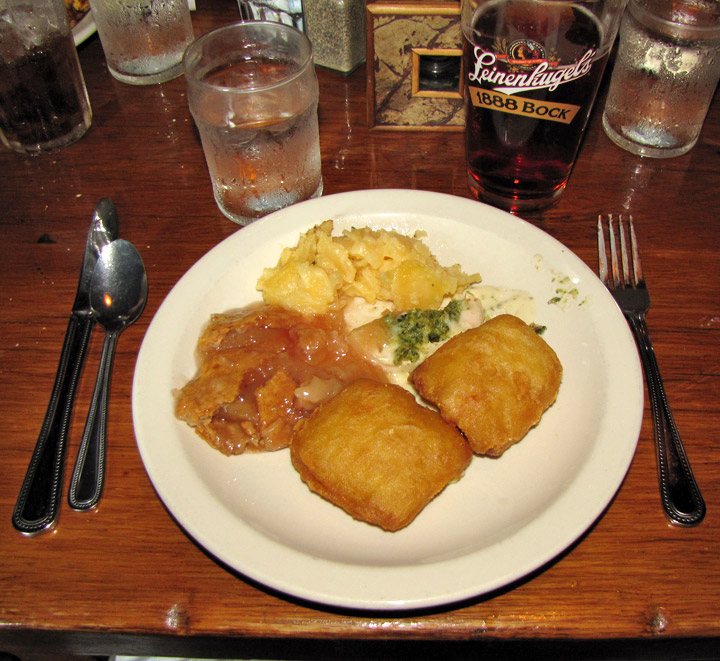 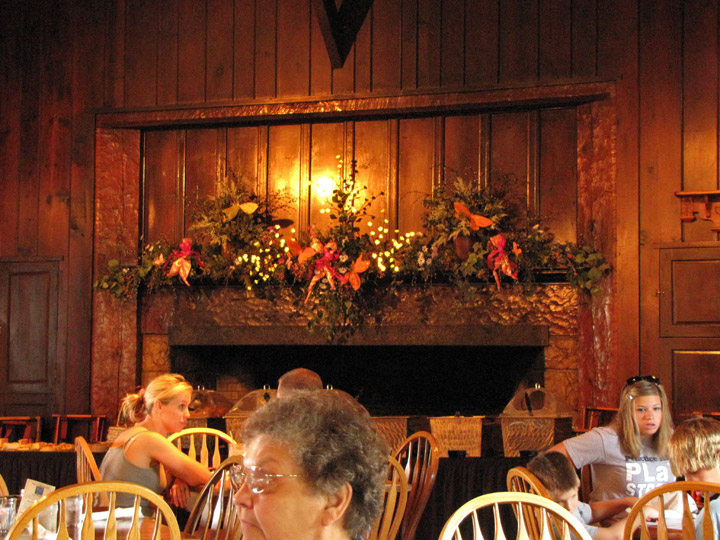 On March 14, 1960, three women were murdered in St. Louis Canyon. A lodge employee named Chester Weger confessed to robbing and killing the three victims, but later recanted, alleging that his confession had been coerced. He was convicted and is currently serving a life sentence. There has been some movement to try to re-open the case from time to time due to alleged mishandling of evidence. The conviction came largely on the confession, which was taken in the pre-Miranda days.