Hartford, located at the end of the navigable portion of the Connecticut River, was settled in 1623 as a Dutch trading post called House of Hope. In 1636, a group of English settlers led by the Reverend Thomas Hooker left Massachusetts and formed a colony here. The settlers made peace with the local Algonquin Indians, who called the town Saukiog, and renamed it after Hertford, England. 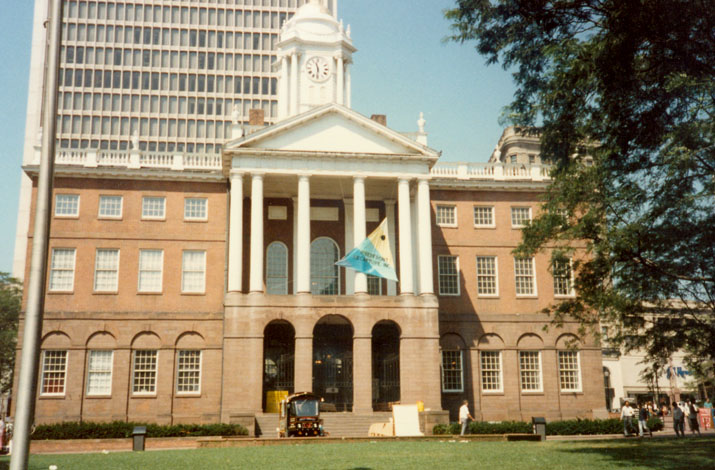 Early in its existence Hartford made a significant contribution to the burgeoning society. The Fundamental Orders adopted by the colony in 1639, was the first document in history to establish a government by the consent of the people. The pattern was followed by the framers of the United States Constitution, giving Connecticut its nickname, "The Constitution State." 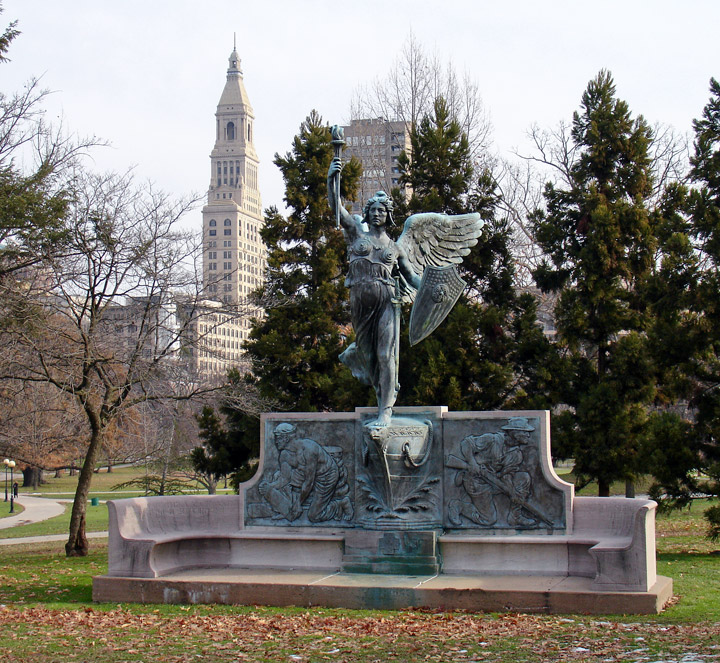 Evolving from an early agricultural economy, Hartford grew into an important trading center on the Connecticut River. Molasses, spices, coffee and rum were distributed from warehouses in the city's thriving merchant district. Ships set sail from Hartford to England, the West Indies and the Far East. Merchants were concerned about risks to this thriving trade, with fires, pirates, storms and accidents always a threat. 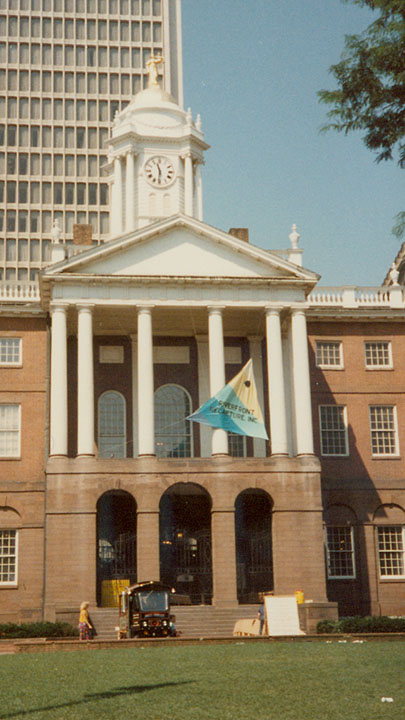 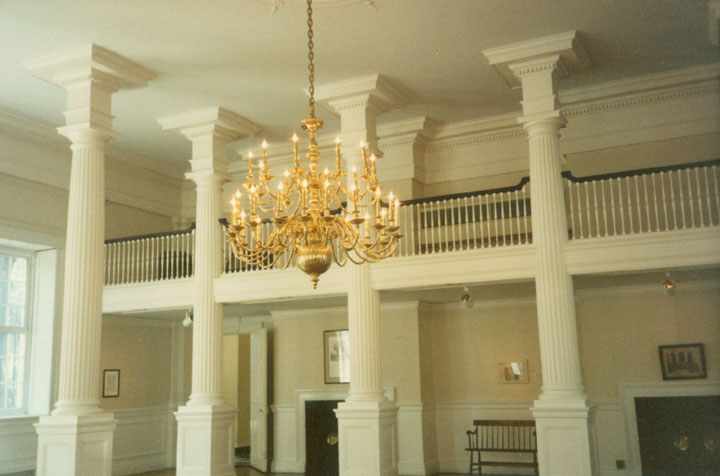 Shaped by the social and economic forces which gave rise to industrial growth in America, Hartford grew and prospered as successive waves of immigrants came to work, build and settle in the community. This ethnic and cultural diversity continues to be a prominent part of Hartford's heritage and one of our cities greatest assets. 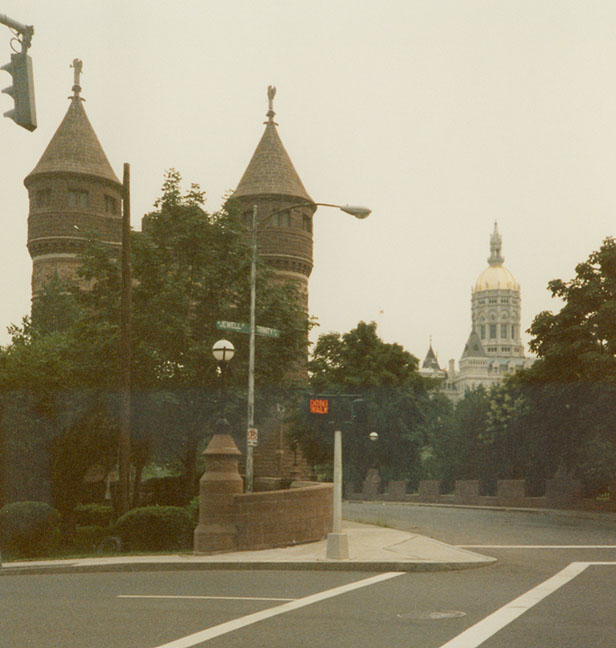 view of the new State House on the right

Hartford also became an important cultural and communications center. The Hartford Courant, founded in 1764, is the country's oldest continuously published newspaper. The nations oldest public art museum, the Wadsworth Athenaeum, was founded in 1844. Supported by prominent benefactors like J.P. Morgan, the museum grew to become one of the top ten art museums in the country. Authors like Mark Twain and Harriet Beecher Stowe were drawn to the area, because, as Twain said "of all the beautiful towns it has been my fortune to see, this is the chief." 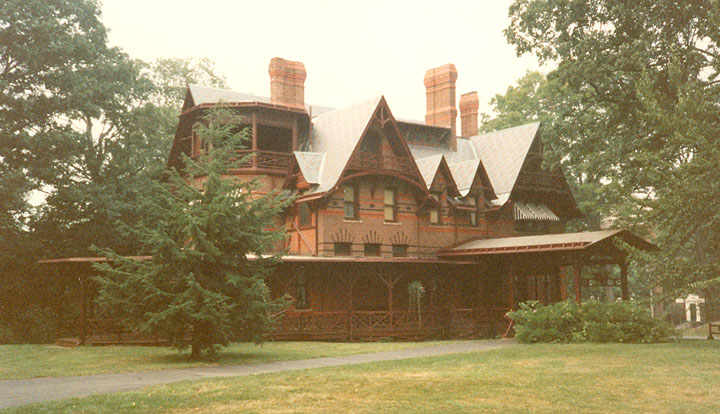 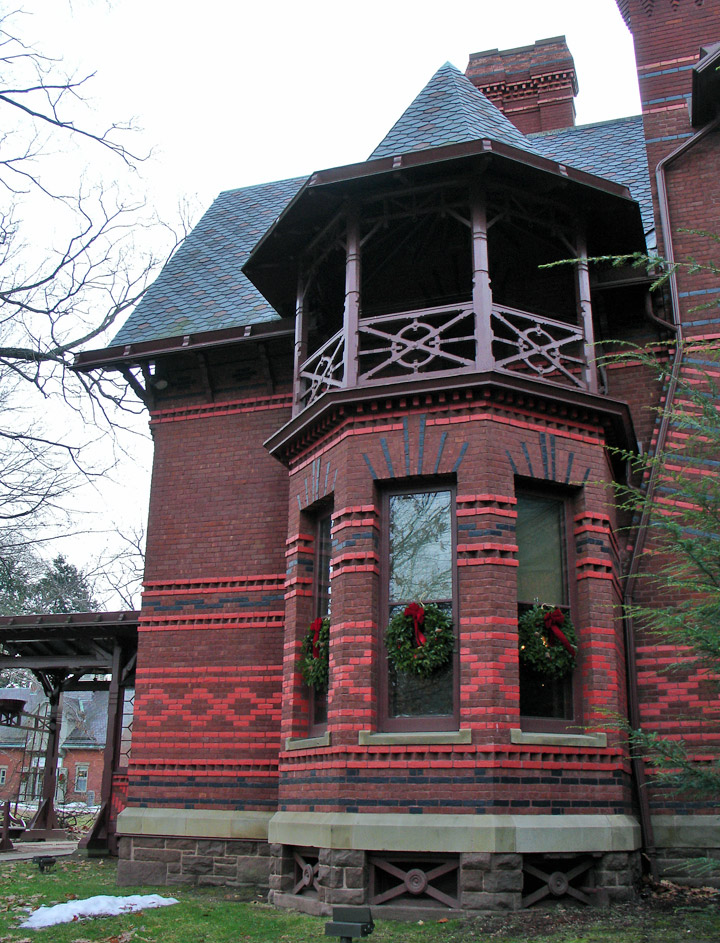 bay window in the main parlor of the Mark Twain house 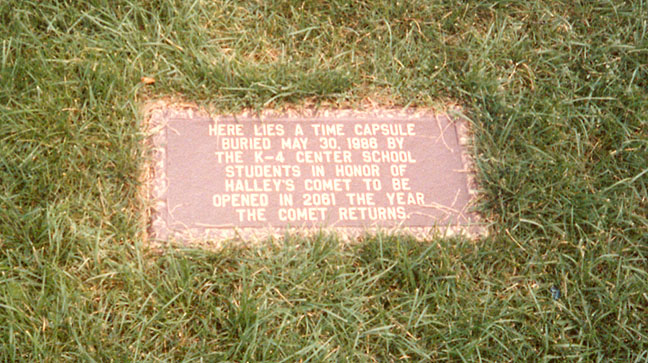 time capsule located on the grounds of the Mark Twain home

Born in Florida, Missouri, Clemens moved with his family to Hannibal, Missouri, a port on the Mississippi River, when he was four years old. There he received a public school education. After the death of his father in 1847, Clemens was apprenticed to two Hannibal printers, and in 1851 he began setting type for and contributing sketches to his brother Orion's Hannibal Journal. Subsequently he worked as a printer in Keokuk, Iowa; New York City; Philadelphia, Pennsylvania; and other cities. Later Clemens was a steamboat pilot on the Mississippi River until the American Civil War (1861-1865) brought an end to travel on the river. In 1861 Clemens served briefly as a volunteer soldier in the Confederate cavalry. Later that year he accompanied his brother to the newly created Nevada Territory, where he tried his hand at silver mining. In 1862 he became a reporter on the Territorial Enterprise in Virginia City, Nevada, and in 1863 he began signing his articles with the pseudonym Mark Twain, a Mississippi River phrase meaning "two fathoms deep." After moving to San Francisco, California, in 1864, Twain met American writers Artemus Ward and Bret Harte, who encouraged him in his work. In 1865 Twain reworked a tale he had heard in the California gold fields, and within months the author and the story, "The Celebrated Jumping Frog of Calaveras County," had become national sensations. 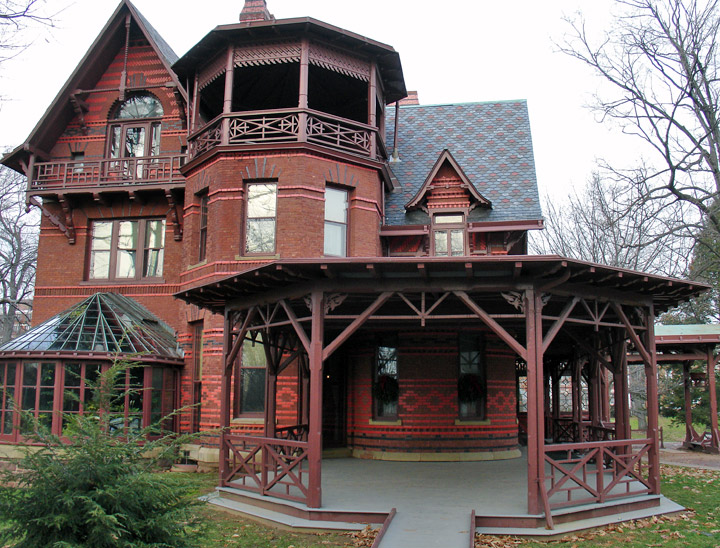 Entrance to the Mark Twain house

In 1867 Twain lectured in New York City, and in the same year he visited Europe and Palestine. He wrote of these travels in The Innocents Abroad (1869), a book exaggerating those aspects of European culture that impress American tourists. In 1870 he married Olivia Langdon. After living briefly in Buffalo, New York, the couple moved to Hartford, Connecticut. Much of Twain's best work was written in the 1870s and 1880s in Hartford or during the summers at Quarry Farm, near Elmira, New York. Roughing It (1872) recounts his early adventures as a miner and journalist; The Adventures of Tom Sawyer (1876) celebrates boyhood in a town on the Mississippi River; A Tramp Abroad (1880) describes a walking trip through the Black Forest of Germany and the Swiss Alps; The Prince and the Pauper (1882), a children's book, focuses on switched identities in Tudor England; Life on the Mississippi (1883) combines an autobiographical account of his experiences as a river pilot with a visit to the Mississippi nearly two decades after he left it; A Connecticut Yankee in King Arthur's Court (1889) satirizes oppression in feudal England. 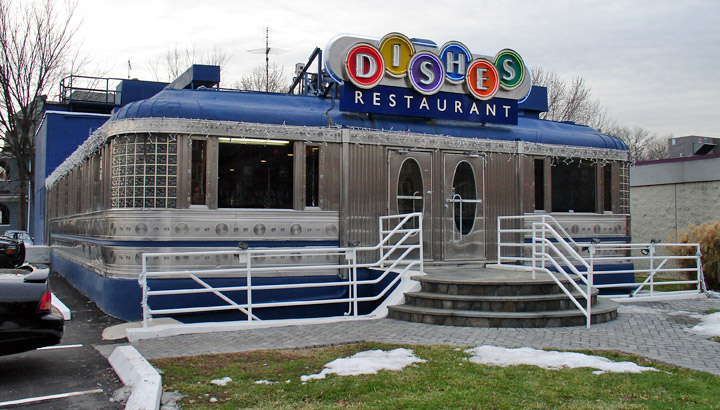 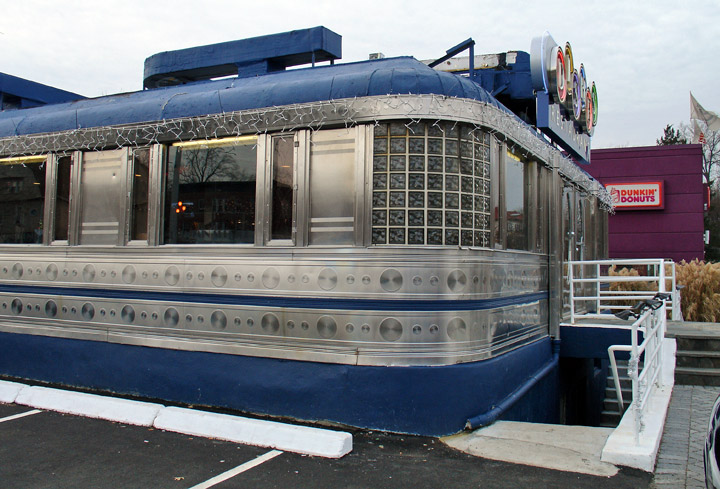 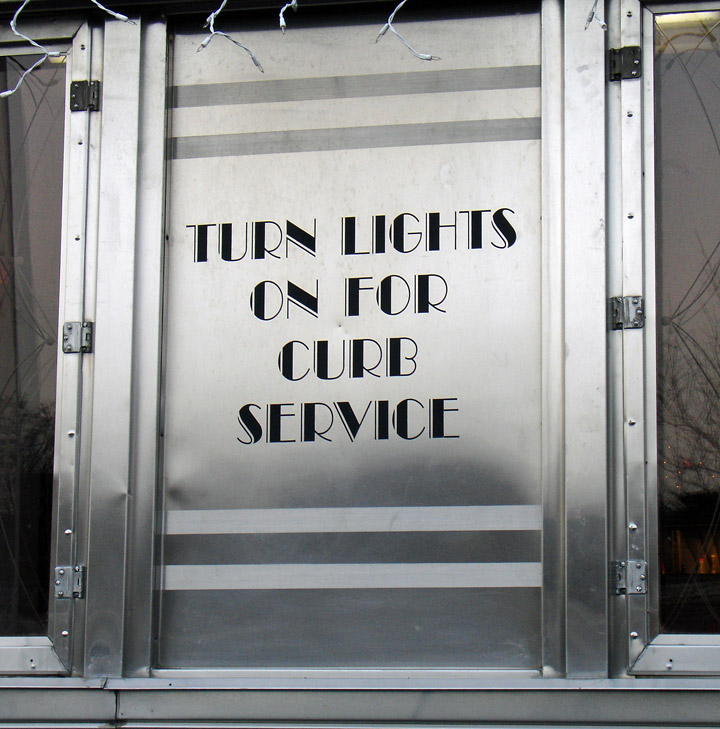 remnant of the Car Hop era 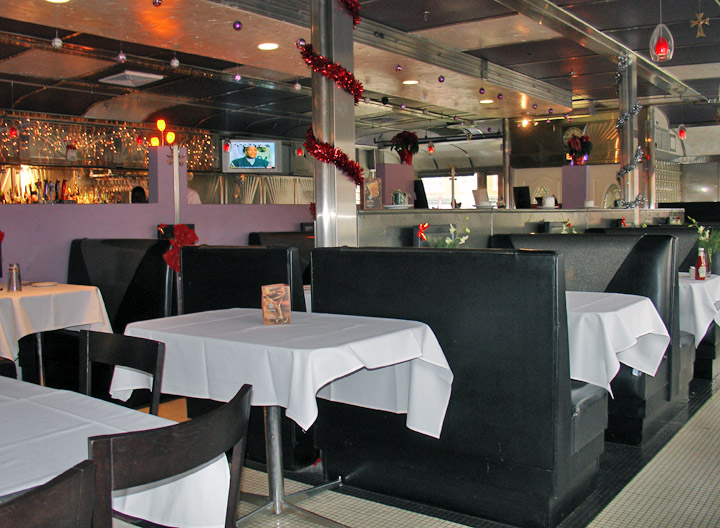 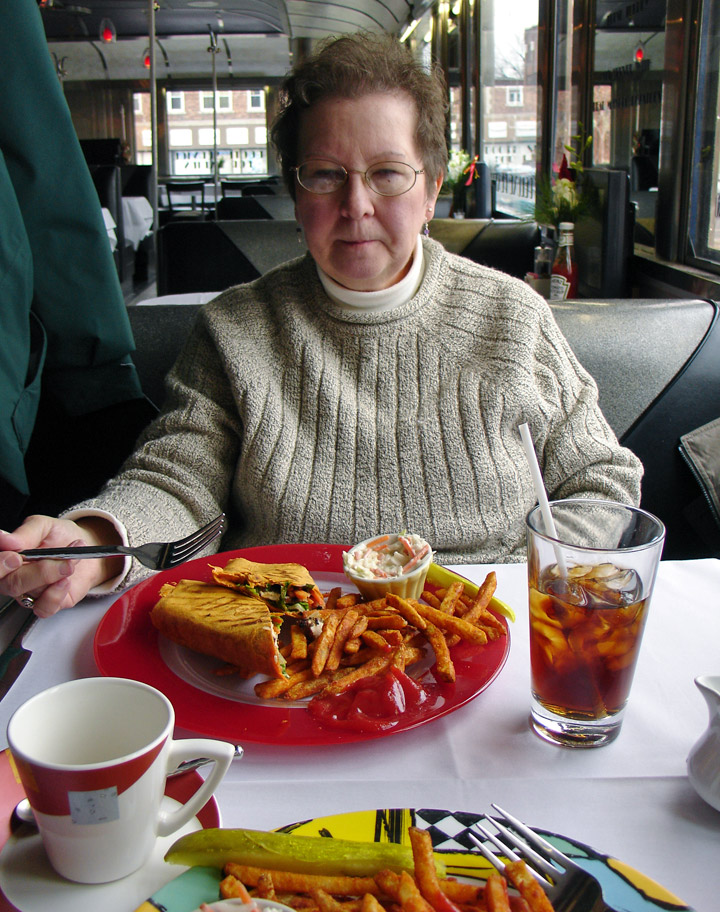 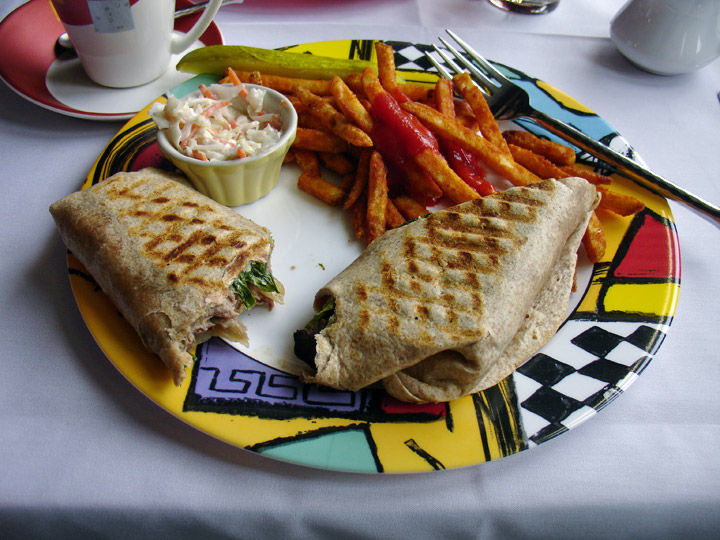 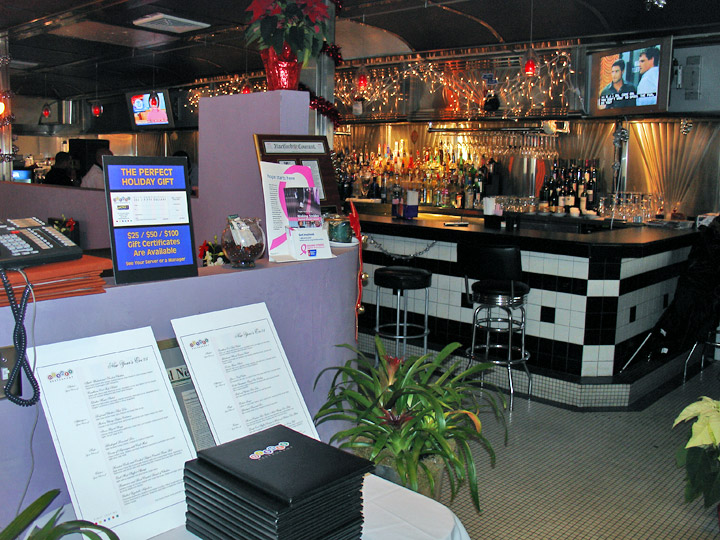 the foyer and the bar area