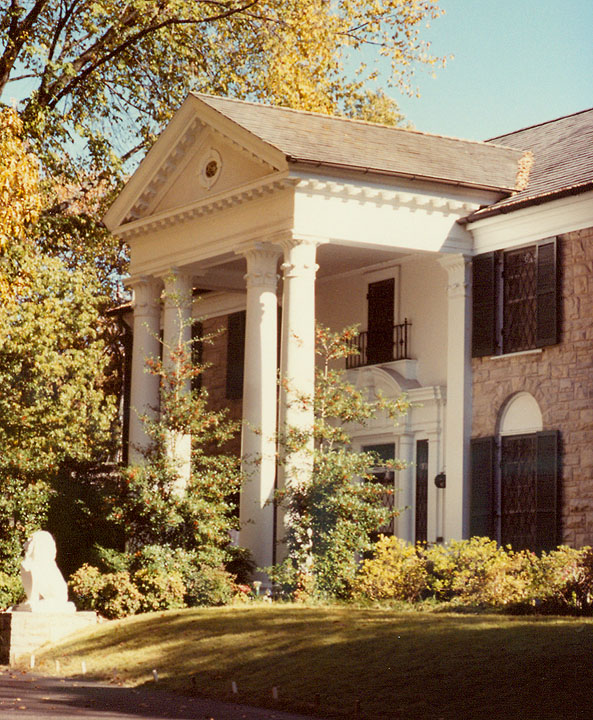 Presley, Elvis (1935-1977), American singer and actor, one of the most popular entertainers of the 20th century. Presley is renowned as an early pioneer of rock music and is considered by many to be rock's greatest performer. 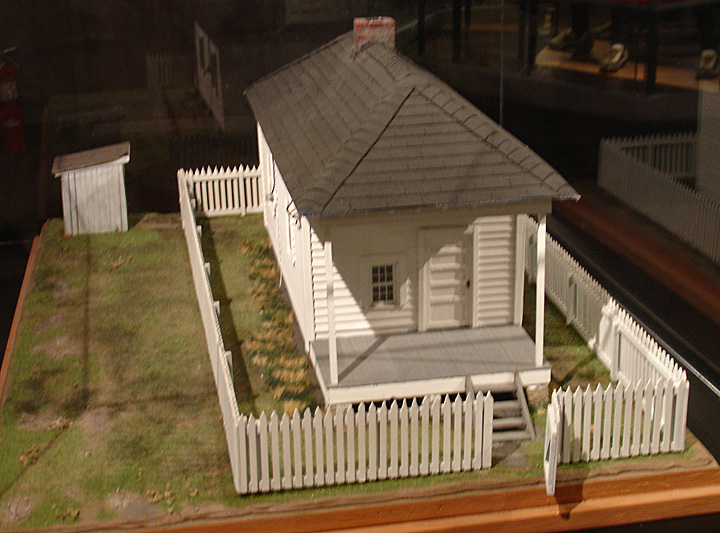 Elvis Aaron Presley was born in Tupelo, Mississippi. He attended Pentecostal churches in his youth, and there he heard gospel music. He also listened to blues and country-and-western music and won a talent contest at the age of ten for a rendition of the ballad "Old Shep," written by country singer Red Foley. 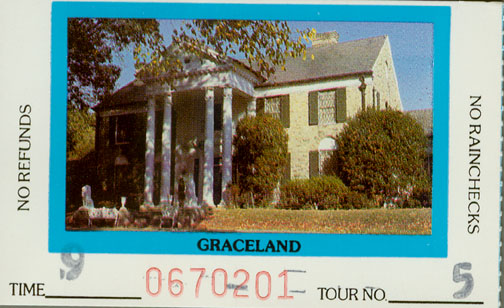 ticket for the tour of Graceland

Following high school, Presley worked as a truck driver. In 1953, while recording some songs as a birthday gift for his mother at a studio in Memphis, Tennessee, Presley impressed the studio manager with his unique vocal style, demonstrating both outstanding range and influences of black American music. This experience led to recordings with studio owner Sam Phillips through his record label, Sun Records. At age 21 Presley recorded his first songs for a major record label, the Radio Corporation of America (RCA), including the original and popular "Heartbreak Hotel" (1956). He followed with the enormously successful double-sided single record "Hound Dog"/"Don't Be Cruel" (1956) and "All Shook Up" (1957). 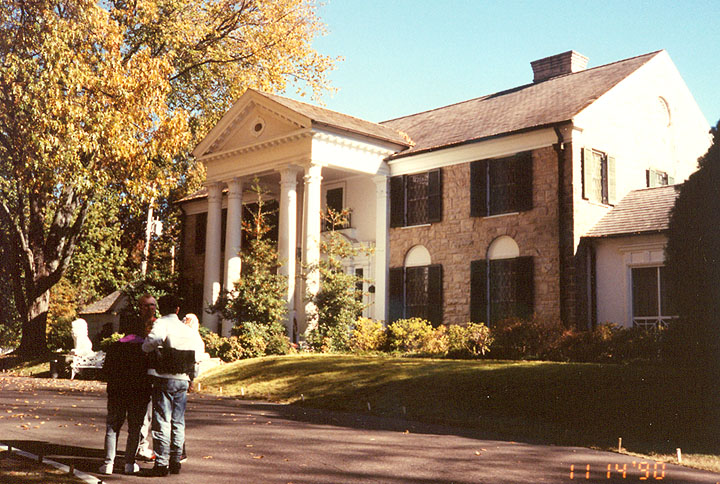 fans coming to see Graceland in 1990 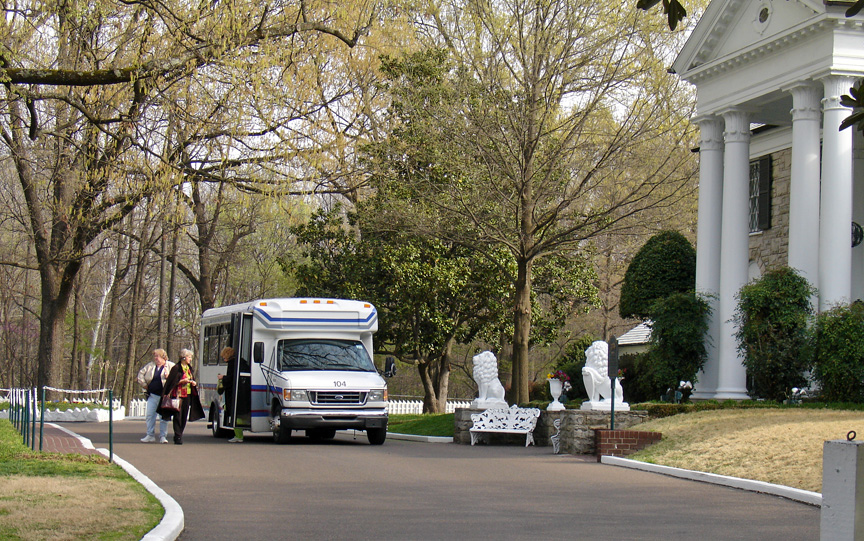 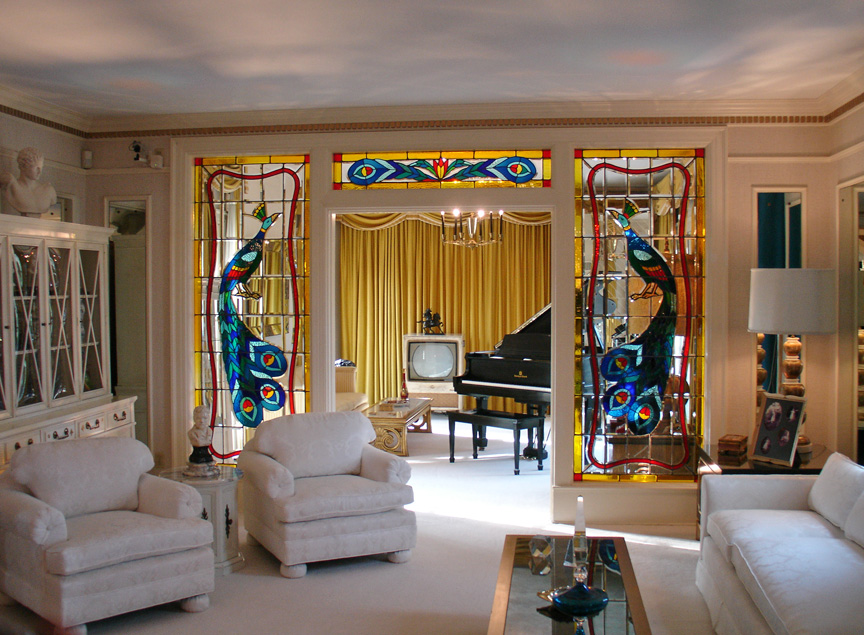 More Photos of the Home Interior 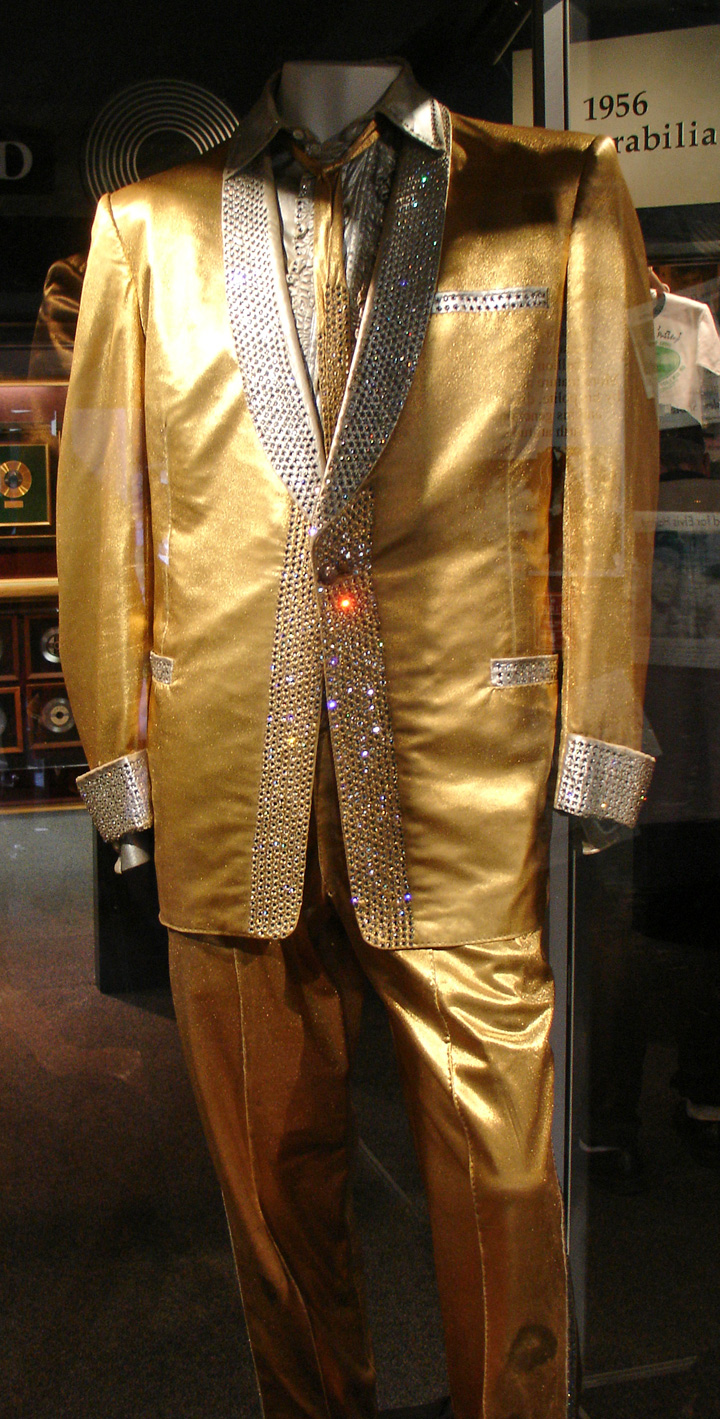 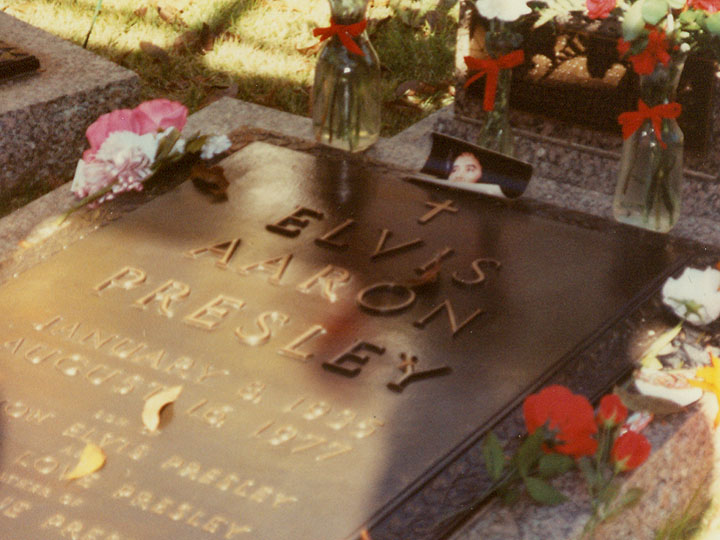 Presley continued to perform during the 1970s despite deteriorating health and long-term drug dependency. His death, a subject of some controversy, has been officially attributed to heart failure, a likely result of Presley's chronic overuse of prescription barbiturates. Presley is buried at his mansion, Graceland, which continues to attract fans and is a major tourist site in Memphis. 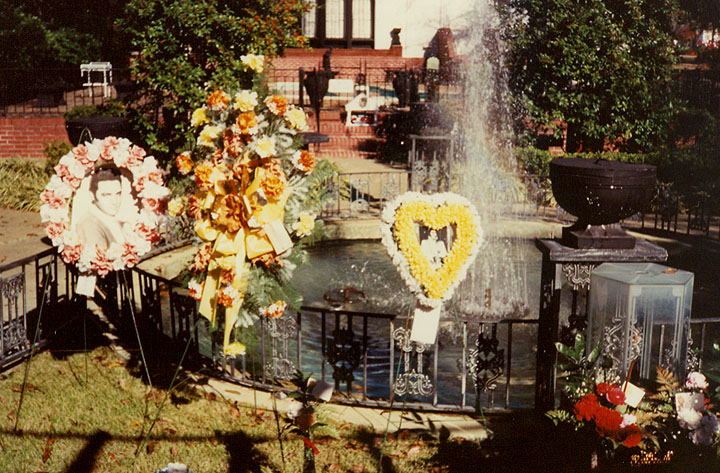 Known as the King of Western Bop and the Hillbilly Cat, Presley fused sounds of country music with black rhythm-and-blues influences and what was then the new rock-and-roll style. His unprecedented, electrically charged performances helped make Presley one of the first mass idols of American popular culture. He inspired countless musical artists. His many hit songs include "Love Me Tender" (1956), "Blue Suede Shoes" (1956), and "Hard Headed Woman" (1958). 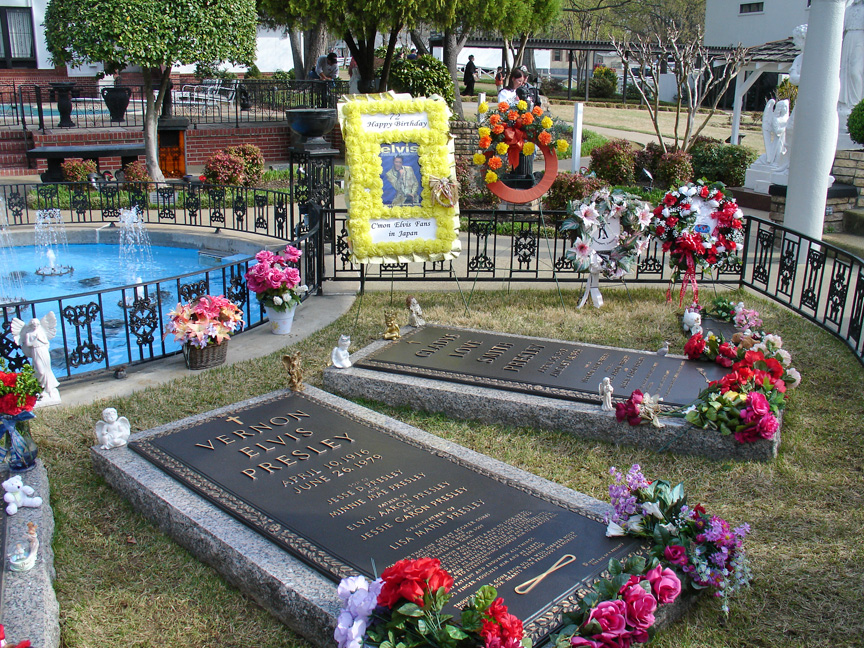 More Photos of the Memorial Garden 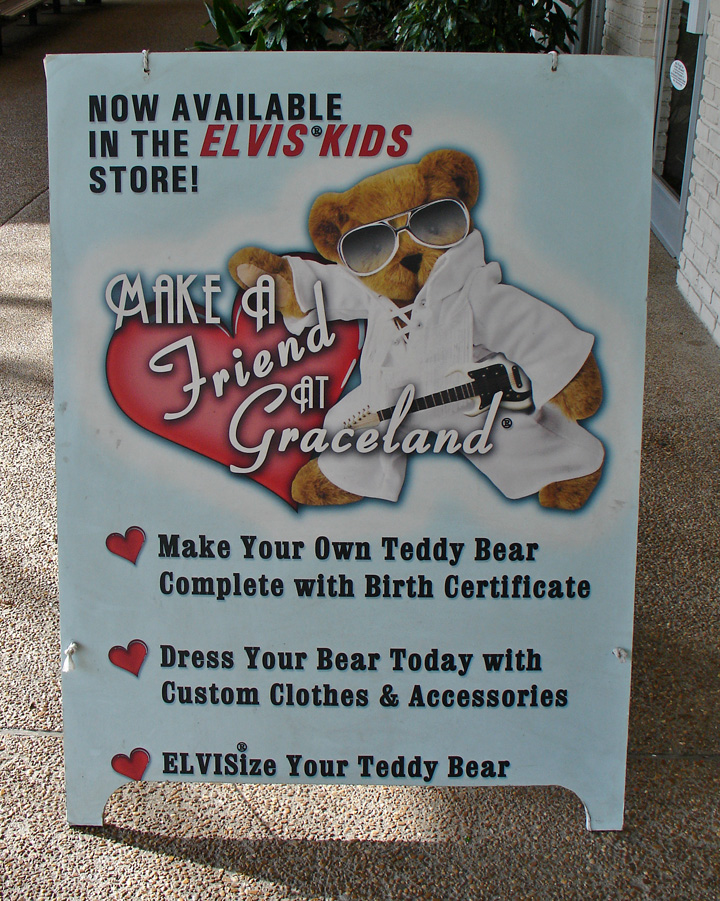