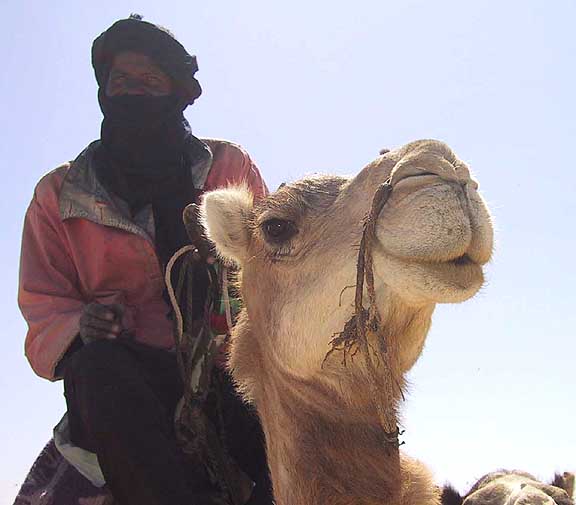 Reflections on being held hostage in Niger
among the Tuaregs

The days were long with the blowing dust

but the nights are even longer, particularly about 4:30 AM
when the cold soaks in bringing about the extra layering of all
the clothes within reach.

Goats, everywhere goats, the small ones tied so that they stay
at home while the mothers forage

The mother of the nosiest young camel is the last to come home
in the evening and the first to leave in the morning.  The
young camel keeps calling, hoping soon to find its daily ration of camel milk.

This land is poor and we, the visitors from beyond,
are viewed as the source of all things wanted.

From the children, who once received a well intentioned gift,
but have an expectation of "gift" demanded of any
stranger they meet, to the overaggressive seller of
crudely fashioned metal trinkets, to the masked
armed bandits cry of "Give ME Money",
the expectation is to GET.

Like the Cargo Cult of New Guinea, good things come from heaven,
from that rich land called America.  The images of
WESTERN UNION brings all.  Go to the bank and money appears,
if only they can get the stranger to send.

The images of this interesting country are dutifully recorded on film,
the people, the way they live and the beautiful vast open spaces.

But since the cameras became "gifts" to the armed bandits,
the images are lost, all indistinct, a blur.

With travel documents taken and held far away, the long ordeal begins.
Every request is met with an implied extortion.  Go To
WESTERN UNION, maybe, something will happen.

So the waiting extends thru more long days and nights.
Even the chant of the Tauregs around the night fire is of little consolation.

Finally the travel documents are returned and one can slowly make ones way
to the city with the airport that can return one to Paris.

The sorry thing is that the hostage holders were our tour operators. 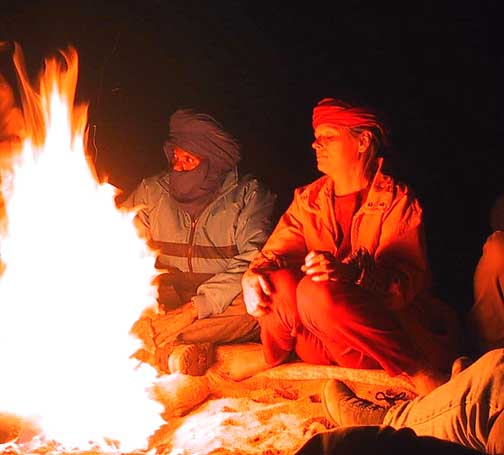 Note: Seven days after the armed robbery in the desert we did get to the capital city and a flight to Paris.

For more details of the Robbery

Link to Dunes Voyages
our tour operator in Niger

Tale of another Sahara Adventure

Robbery in the Dunes: Violence against Sahara tourists:
background information and strategies for a pragmatic security management.
By Harald A. Friedl