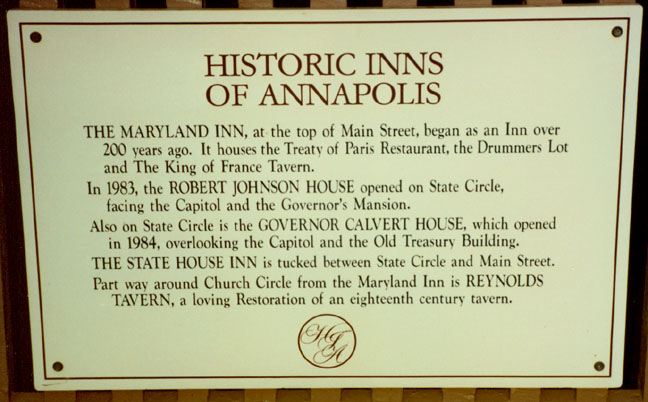 Restoration of the Historic District

Annapolis, city and capital of Maryland, seat of Anne Arundel County. Annapolis is located on the southern bank of the Severn River, near its mouth on Chesapeake Bay, in the central part of the state. A port of entry and a commercial and distribution center for the surrounding agricultural area, the city relies economically on government activity, the production of radar electronic equipment and underwater military devices, and communications research and development. 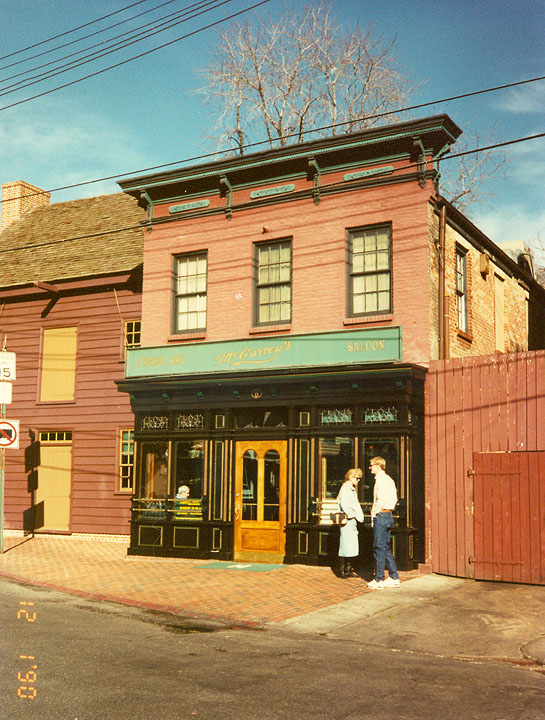 The United States Naval Academy (1845) and St. John's College (1784) are in Annapolis. A notable landmark in Annapolis is the State House (1772-1780), the oldest U.S. State Capitol in continuous legislative use. Here the Continental Congress met; General George Washington resigned from the Continental Army in 1783; the Treaty of Paris ending the American Revolution was ratified in 1784; and the Annapolis Convention of 1786 took place. Also of interest are the Old Treasury (1735), the oldest public building still standing in Maryland, and Saint Anne's Church (1858-1859), built on the site of an Anglican church of the 1690s. 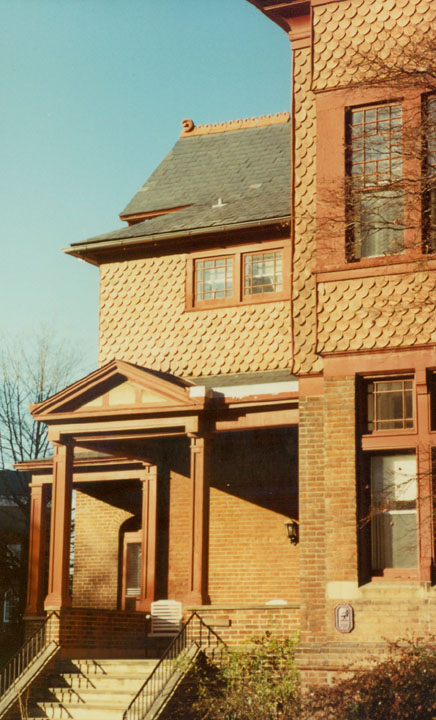 Originally settled by followers of Puritanism from Virginia in 1649 as the town of Providence, it later became known as Town of Proctor's, Town at the Severn, and Anne Arundel Town. In 1694 the community became the provincial capital of Maryland and was renamed Annapolis in honor of Princess (later Queen) Anne of England. From November 26, 1783 to June 3, 1784, Annapolis served as the capital of the United States. Annapolis was incorporated as a city in 1796. 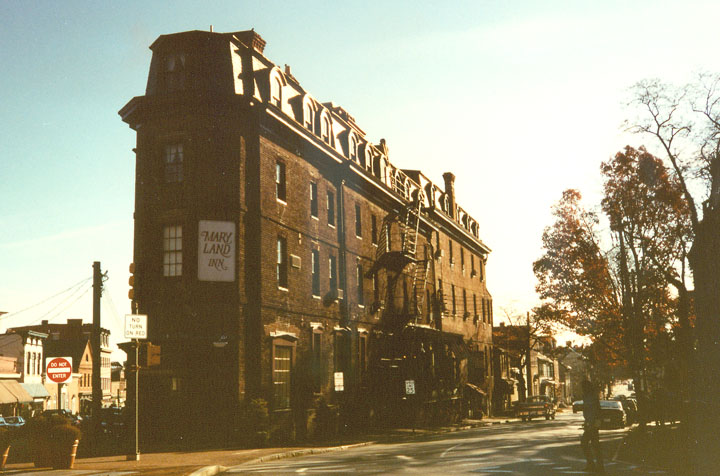 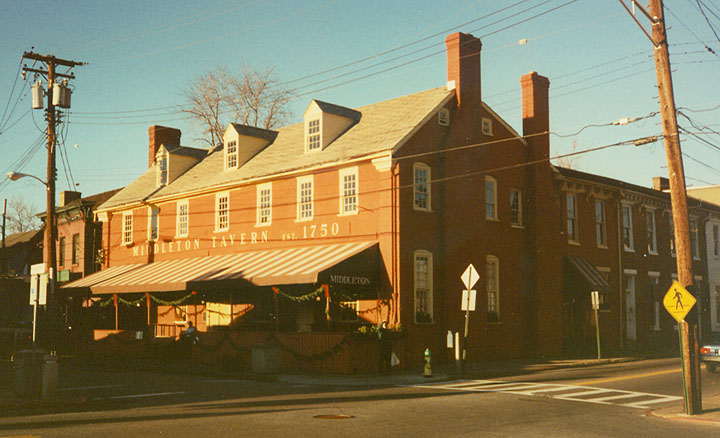 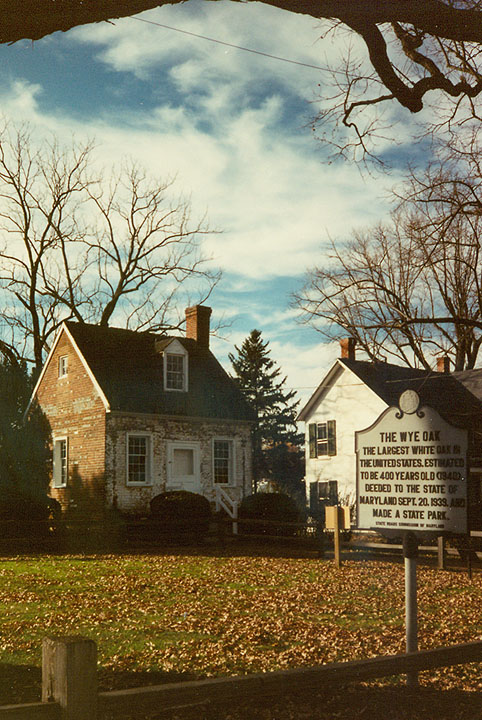 beside the Old Oak 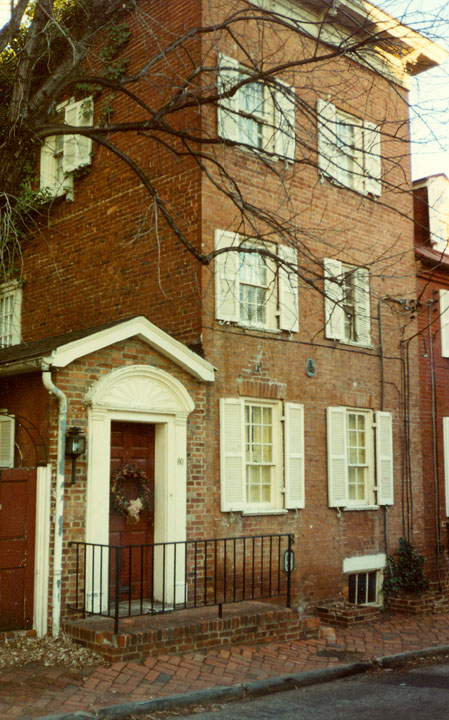 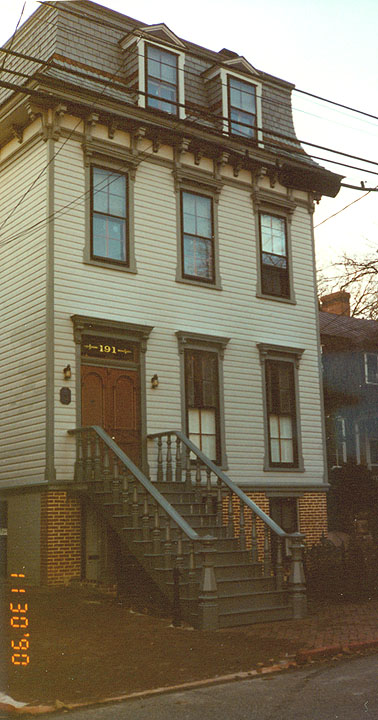 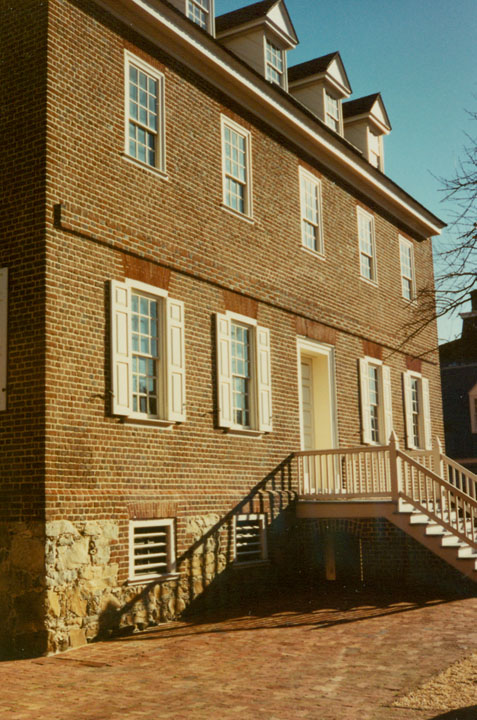 mansion in the historic district 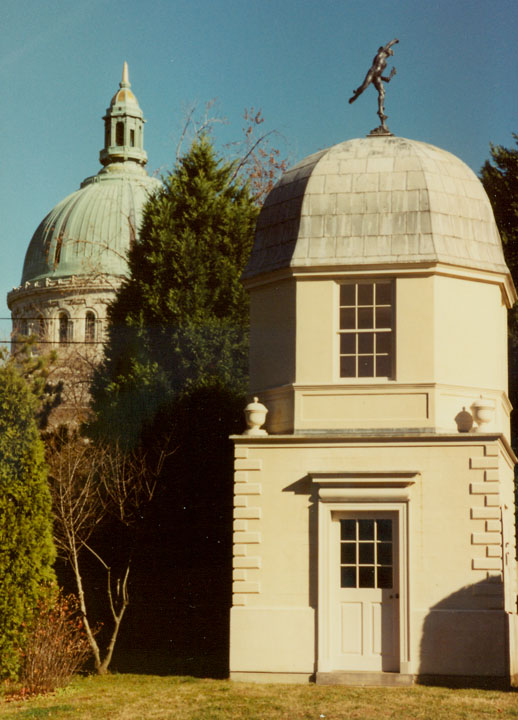 yard building in the back grounds looking toward the Naval Academy