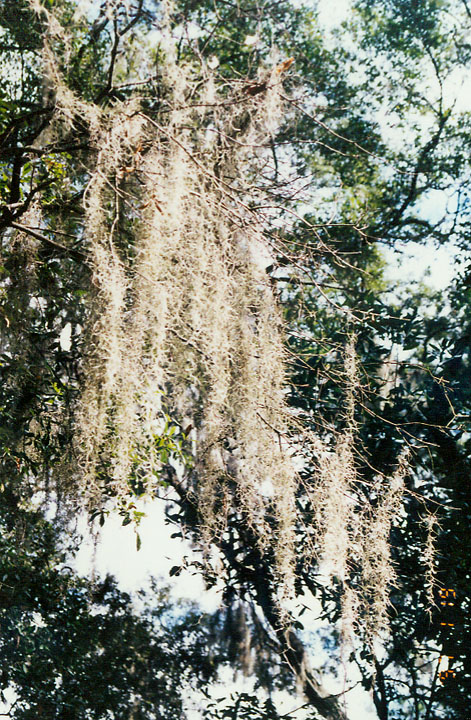 Spanish moss on the trees

The National Park Service administers the Timucuan Ecological and Historic Preserve, located east of downtown Jacksonville between the lower Saint Johns and the Nassau Rivers. Created in 1988, the reserve protects river estuaries and historic sites, including evidence of the Timucua people who once inhabited northeast Florida. 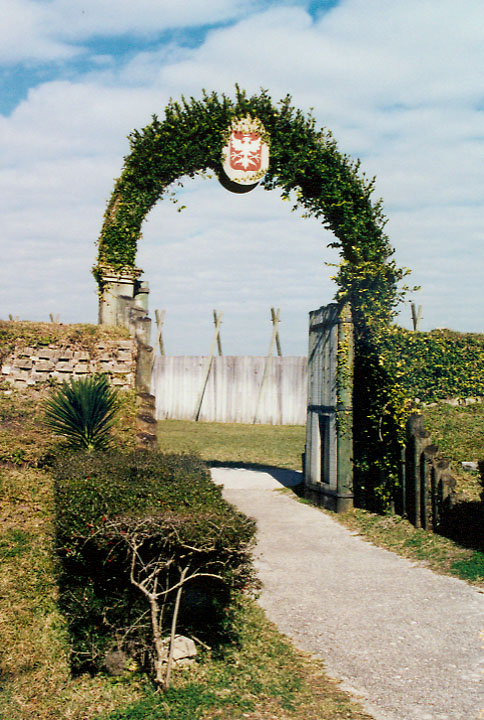 In the reserve is Fort Caroline National Memorial, the probable location of an attempt by the French to colonize Florida in 1564. The memorial contains a reduced-scale re-creation of the original fort. 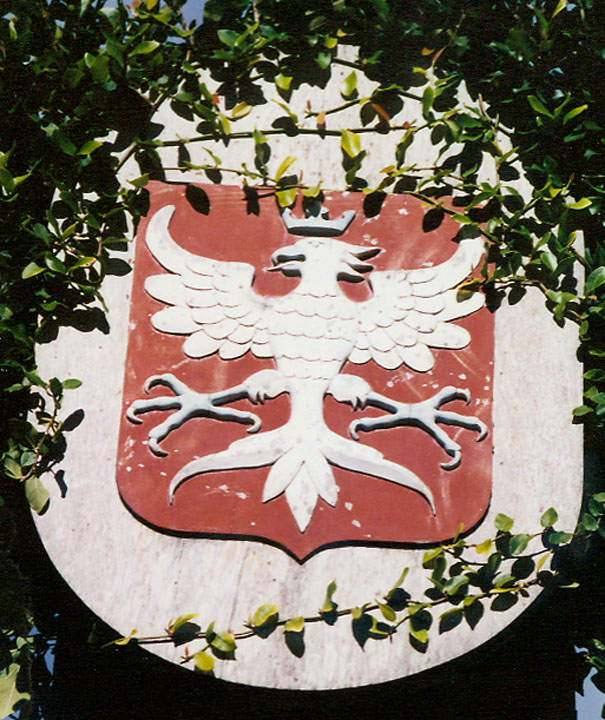 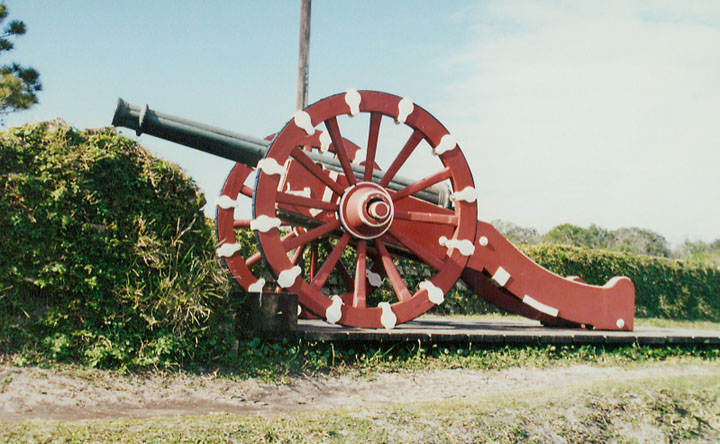 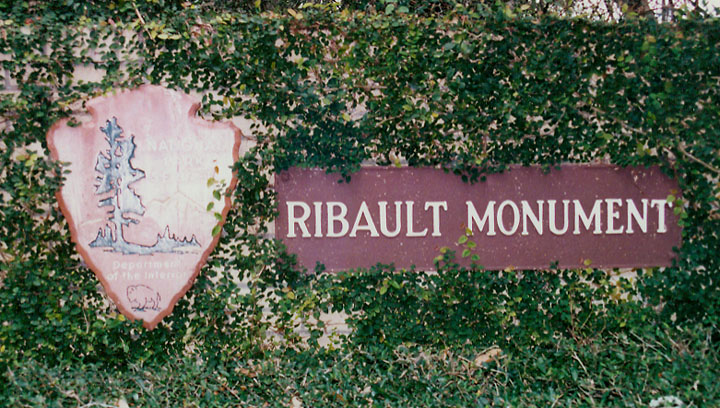 French Seal on the monument 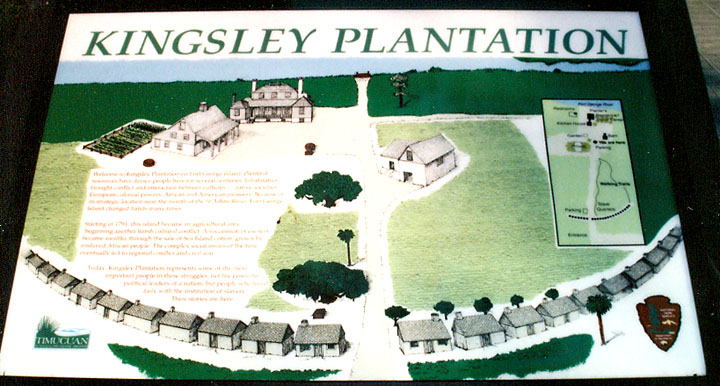 diagram of the plantation

Also in the reserve is Kingsley Plantation, the oldest remaining plantation house in Florida. Along with the planter's home are 23 of the original slave quarters. 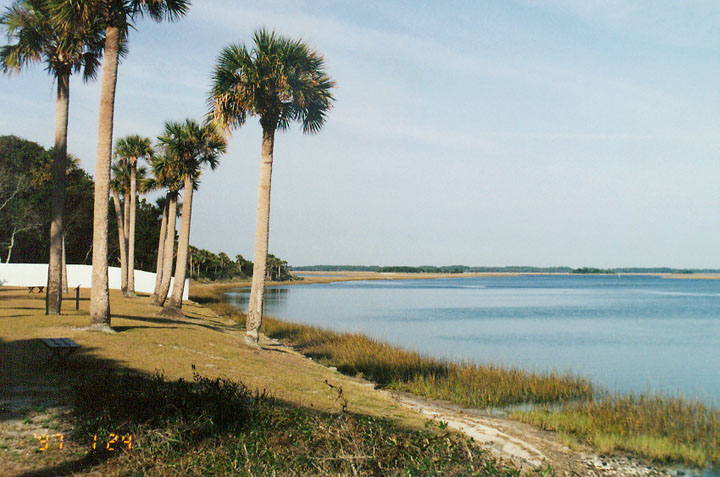 on the St. Johns river 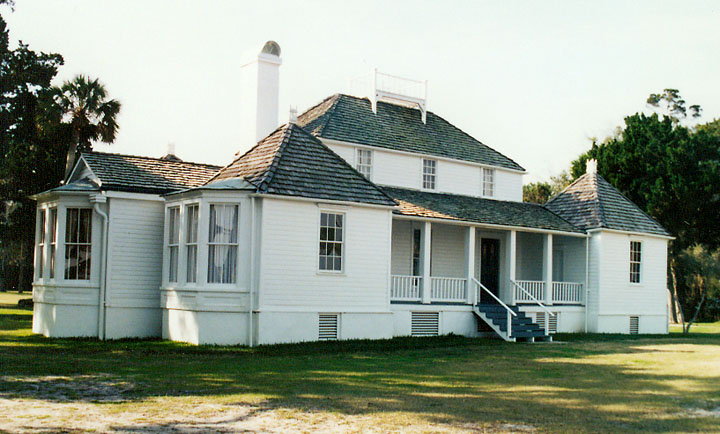 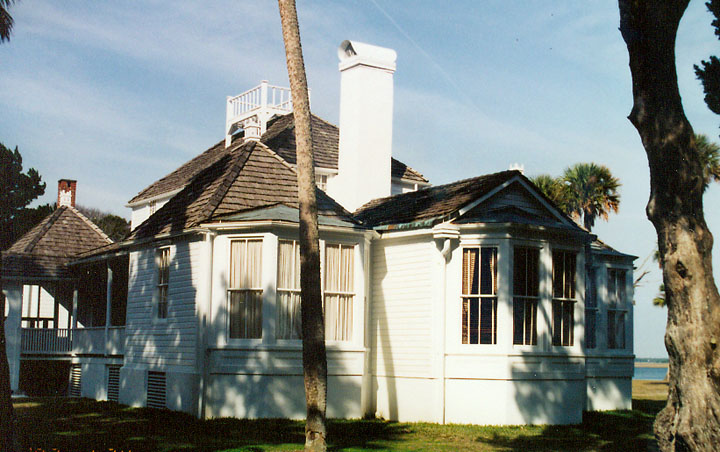 another view of the plantation house 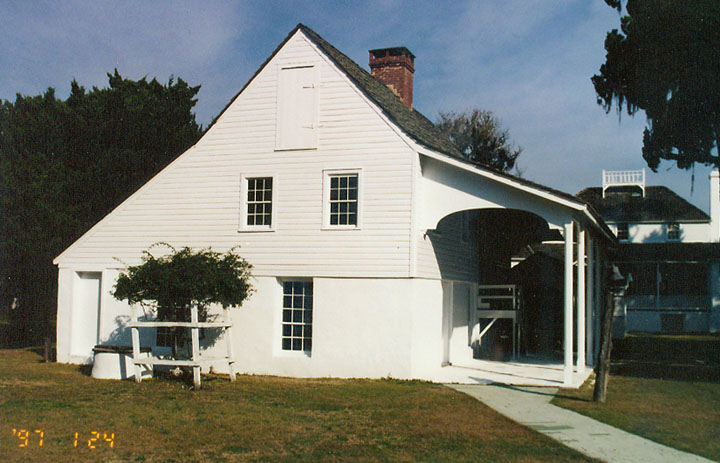 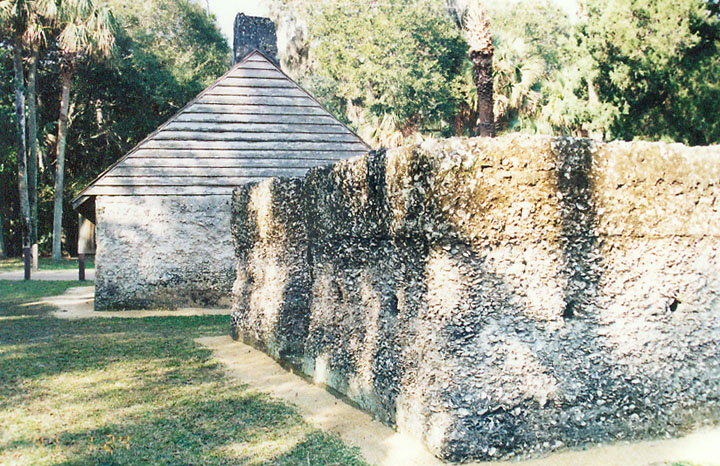 walls of a slave quarter 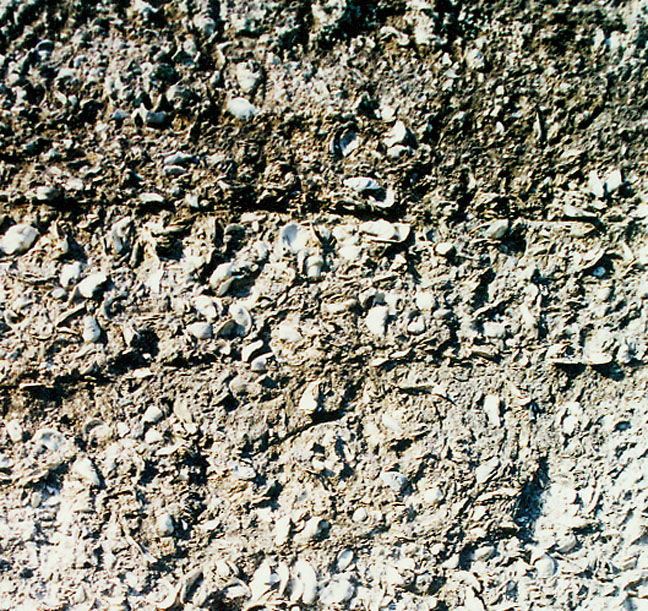 mortar made with sea shells 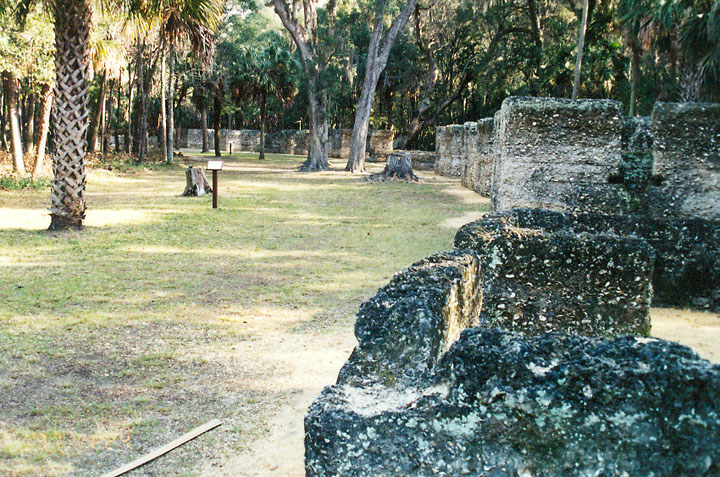 foundations and walls of the slave quarters 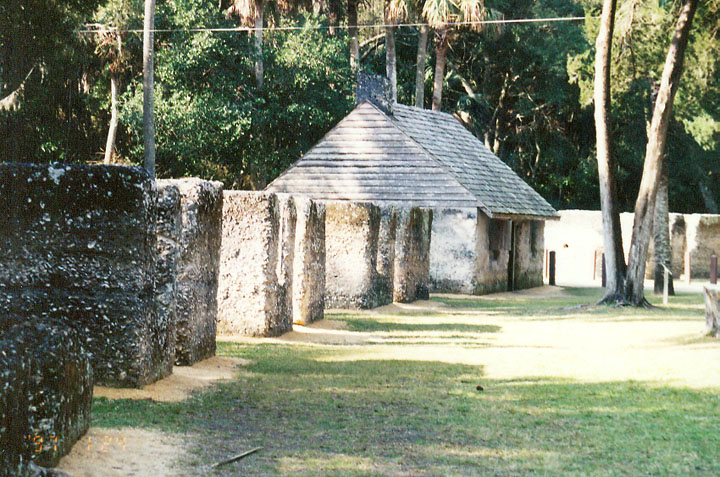 one of the reconstructed slave quarters