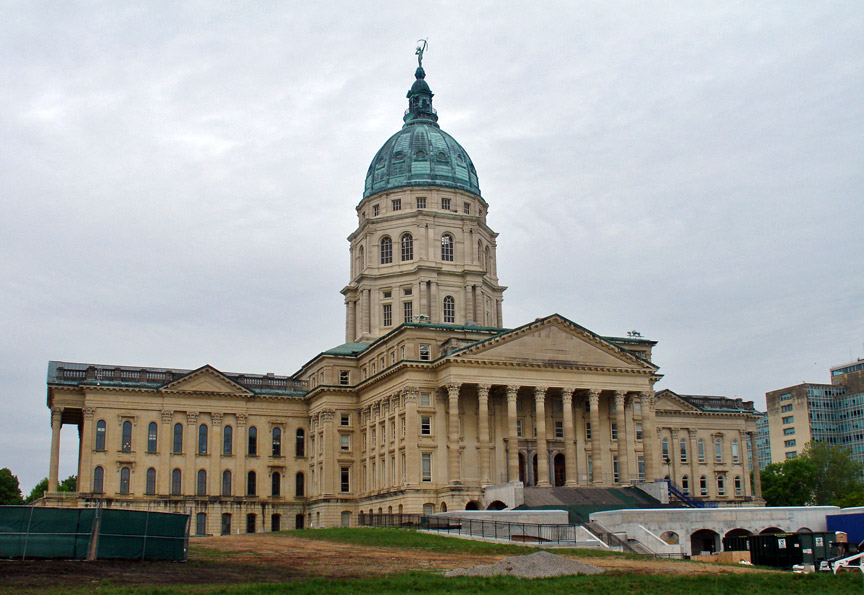 Topeka is the capital city of the U.S. state of Kansas and the county seat of Shawnee County, which is named after the Shawnee Indians. It is the fourth most populated city in the state with a population of 122,377 as of the 2000 census. The Topeka Metropolitan Statistical Area, which includes Shawnee, Jackson, Jefferson, Osage, and Wabaunsee counties, has an estimated population of 226,268 in the year 2003. 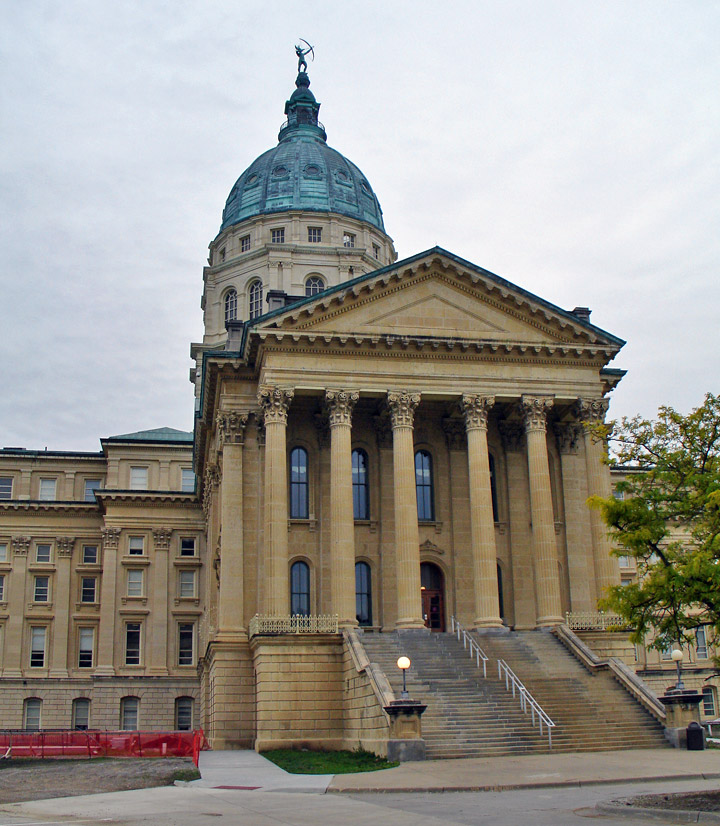 Three ships of the US Navy have been named USS Topeka in honor of the city. 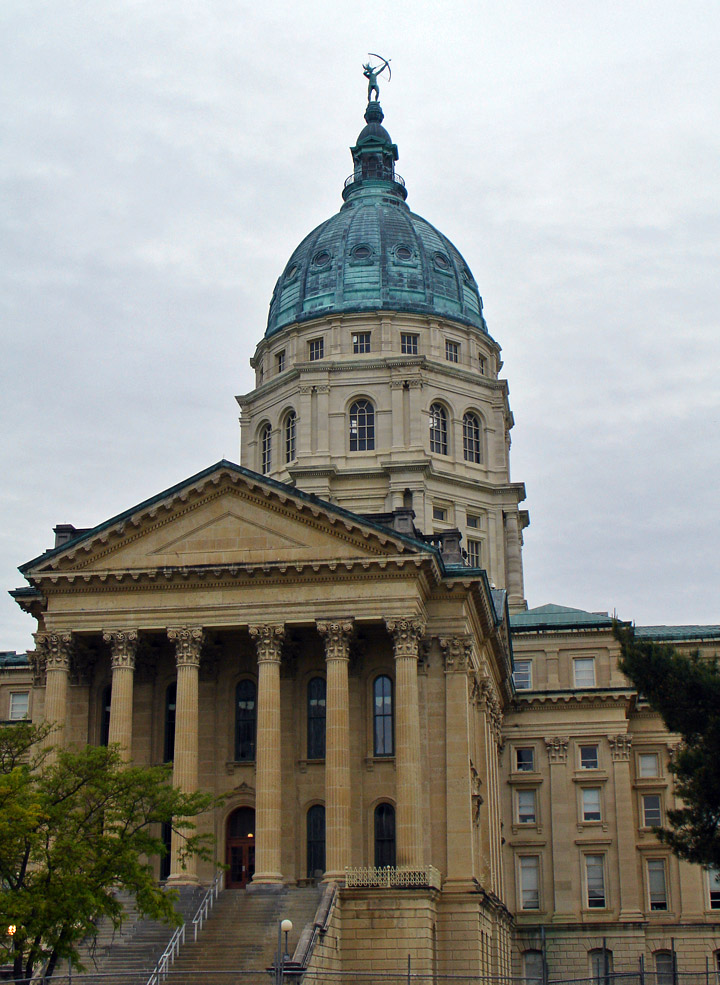 The name "Topeka" comes from a Kansas tribal name meaning "a good place to dig potatoes". Potatoes in this case referring to the prairie potato. A perennial herb (Psoralea esculenta) in the pea family, native to prairies and plains in central North America, and having a tuberous, starchy root that was an important food for many Native Americans. 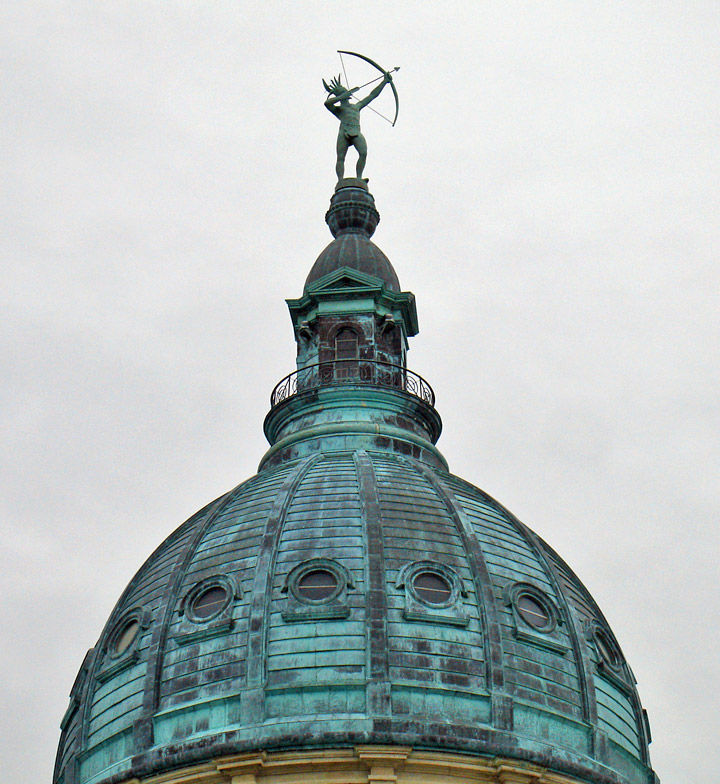 Topeka, laid out in 1854, was one of the Free-State towns founded by Eastern antislavery men immediately after the passage of the Kansas-Nebraska Bill. In 1857, Topeka was chartered as a city

In the 1840s, wagon trains made their way west from Independence, Missouri, on a 2,000-mile journey following what would come to be known as the Oregon Trail. About 60 miles west of Kansas City, Missouri, three half Kansas Indian sisters married to the French-Canadian Pappan brothers established a ferry service allowing travelers to cross the Kansas River at what is now Topeka. During the 40 and into the 1850s, travelers could reliably find a way across the river and plenty of whiskey but little else. 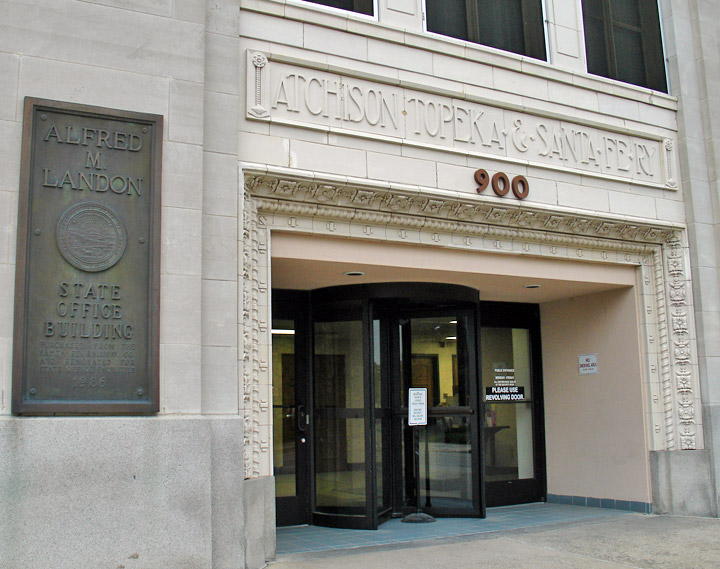 In the early 1850s, traffic along the Oregon Trail was supplemented by trade on a new military road stretching from Fort Leavenworth through "Topeka" to the newly-established Fort Riley. In 1854, after completion of the first cabin, nine men established the "Topeka Town Association." Included among them was an "idea man" named Cyrus K. Holliday who would become mayor of Topeka and founder of the Atchison, Topeka and Santa Fe Railroad. Soon, steamboats were regularly docking at the Topeka landing, depositing meat, lumber, and flour and returning eastward with potatoes, corn, and wheat. By the late 1860s, Topeka had become a commercial hub providing access to many of the Victorian era's comforts. 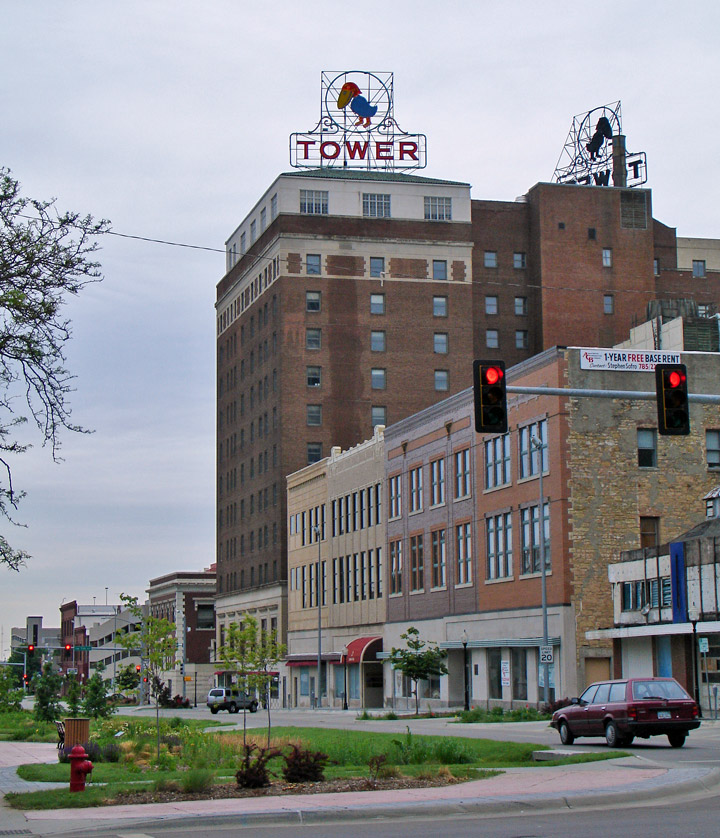 After a decade of Bleeding Kansas abolitionist and pro-slavery conflict, the Kansas territory was admitted to the Union in 1861 as the 34th state. Topeka was finally chosen as the capital, with Dr. Charles Robinson as the first governor. Cyrus K. Holliday donated a tract of land to the state for the construction of a state capitol. 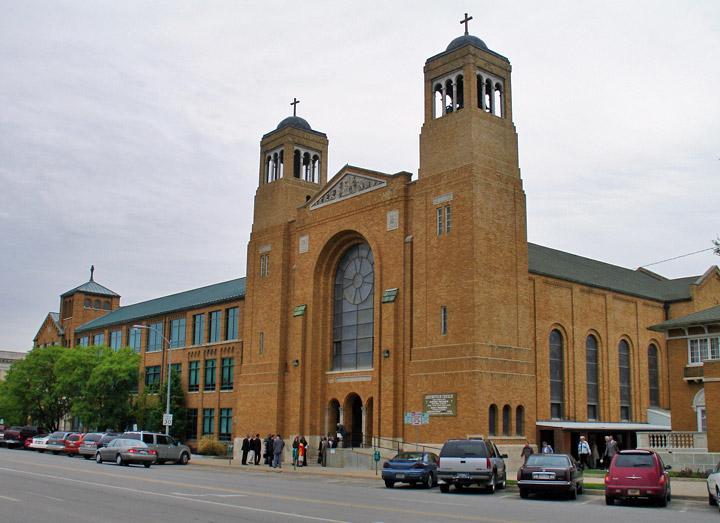 Although the drought of 1860 and the ensuing period of the Civil War slowed the growth of Topeka and the state, Topeka kept pace with the revival and period of growth that Kansas enjoyed from the close of the war in 1865 until 1870. In 1869, the railway started moving westward from Topeka. General offices and machine shops of the Atchison, Topeka, and Santa Fe Railroad system were established in Topeka in 1878. 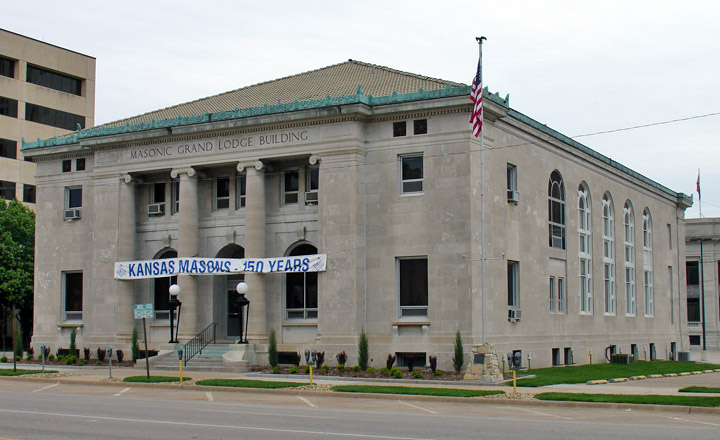 During the late 1880s, Topeka passed through a boom period that ended in disaster. There was vast speculation on town lots. The 1889 bubble burst and many investors were ruined. Topeka, however, doubled in population during the period and was able to weather the depressions of the 1890s.

Home to the first African-American kindergarten west of the Mississippi River, Topeka became the home of Linda Brown, the named plaintiff in Brown v. Board of Education which was the case responsible for eliminating the standard of "separate but equal", and requiring racial integration in American public schools. 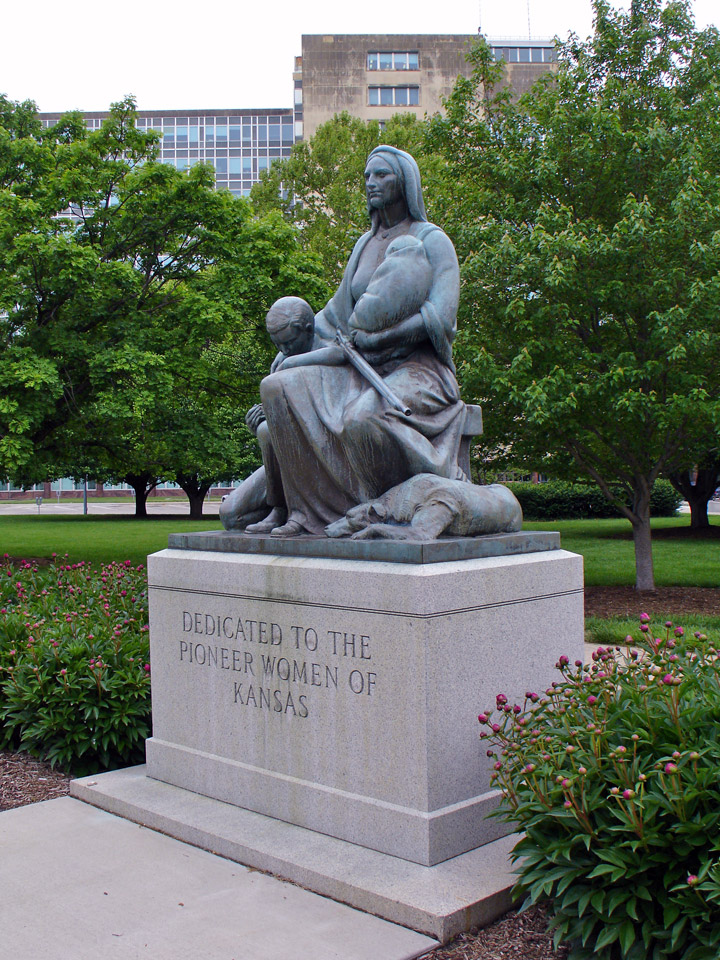 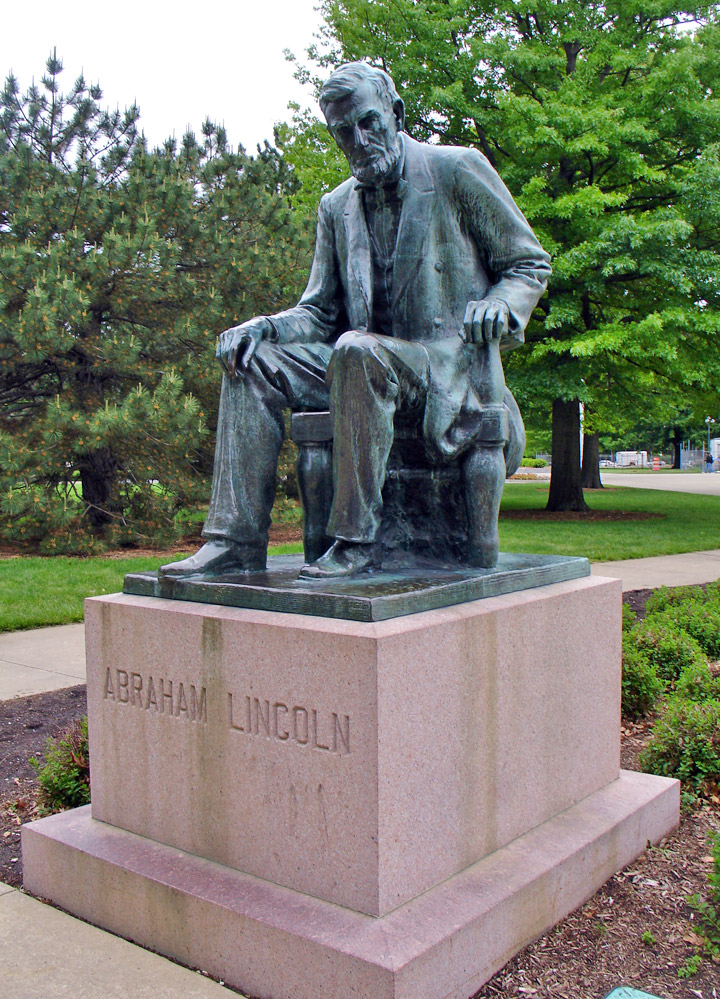 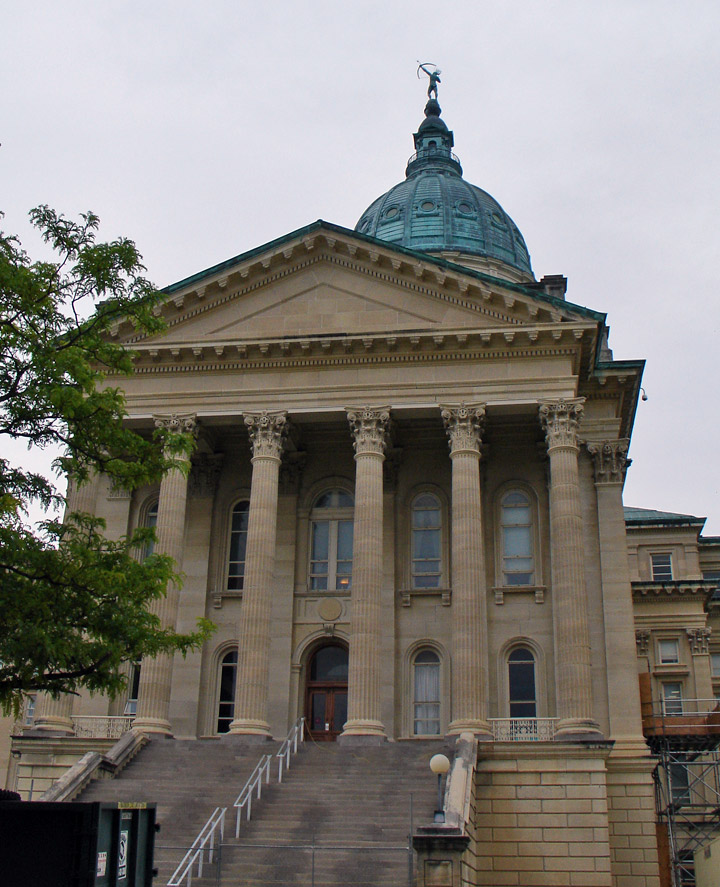 Topeka has struggled with the burden of racial discrimination even after Brown. New lawsuits attempted unsuccessfully to force suburban school districts that ring the city to participate in racial integration with the inner city district. In the late 1980s a group of citizens calling themselves the Task Force to Overcome Racism in Topeka formed to address the problem in a more organized way. 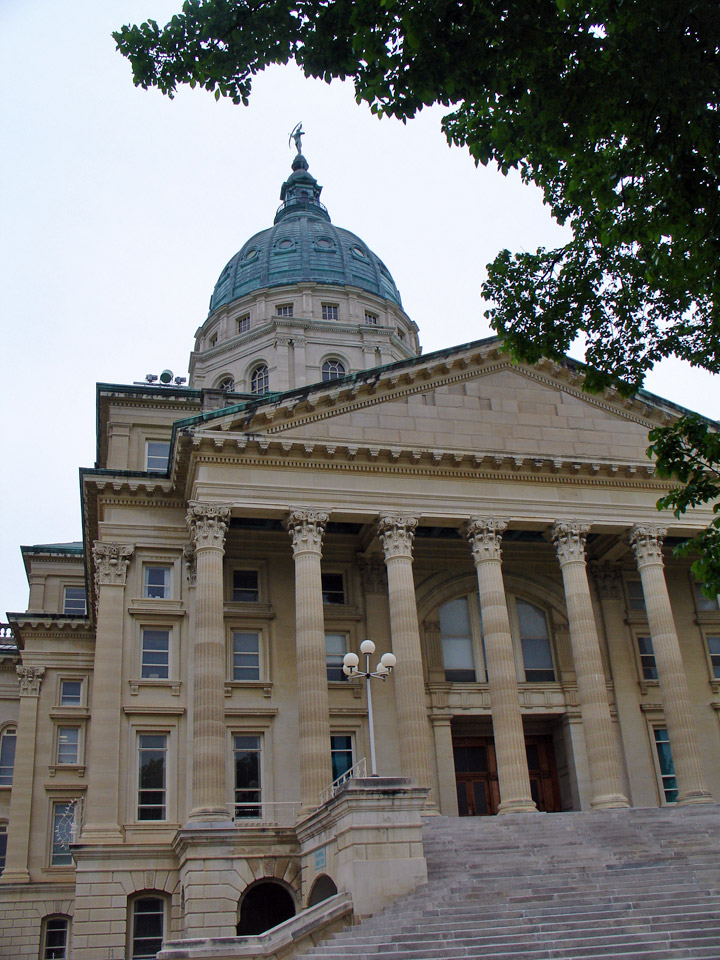