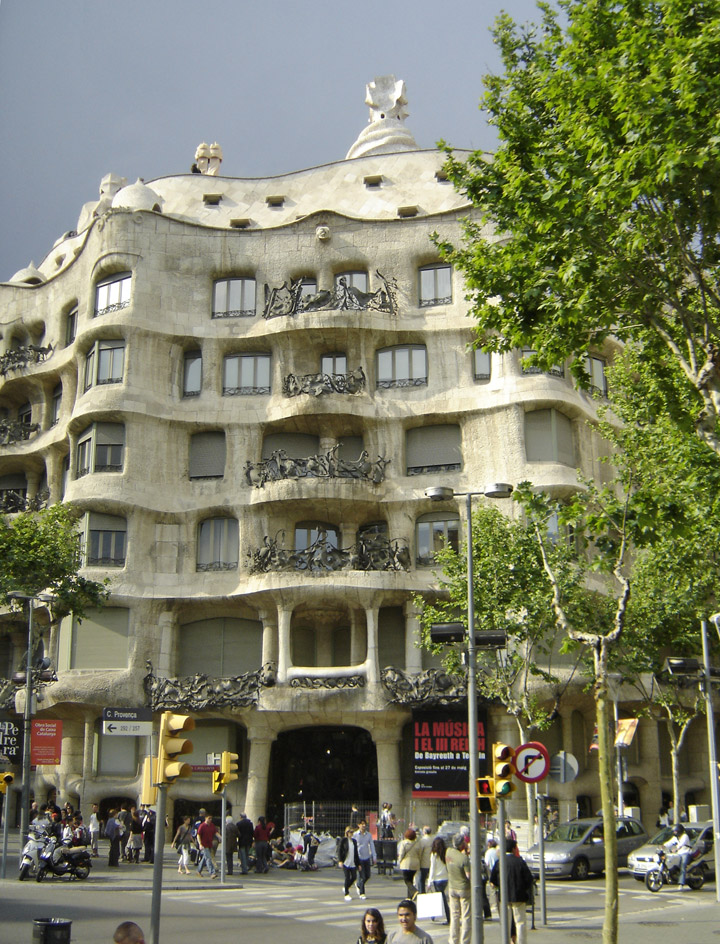 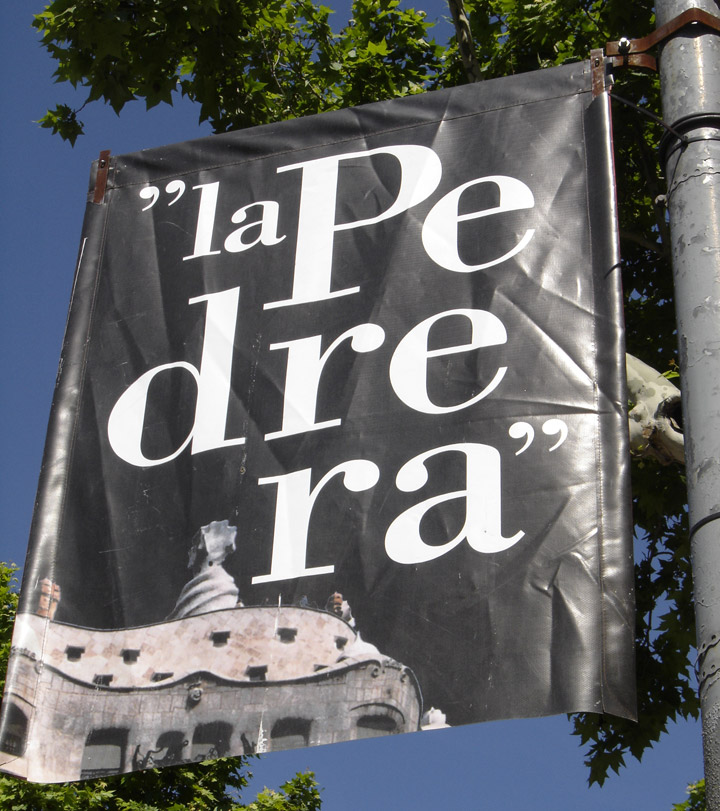 Casa Milà, better known as La Pedrera (Catalan for 'The Quarry'), is a building designed by the Catalan architect Antoni Gaudí and built in the years 1905–1907. It is located at 92, Passeig de Gràcia ('passeig' is Catalan for promenade or avenue) in the Eixample district of Barcelona, Catalonia, Spain. It was built for Roger Segimon de Milà. It is part of the UNESCO World Heritage Site "Works of Antoni Gaudí". 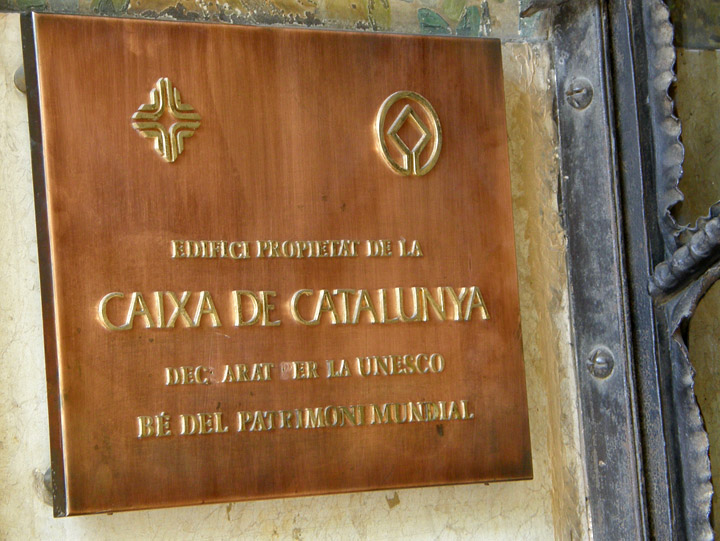 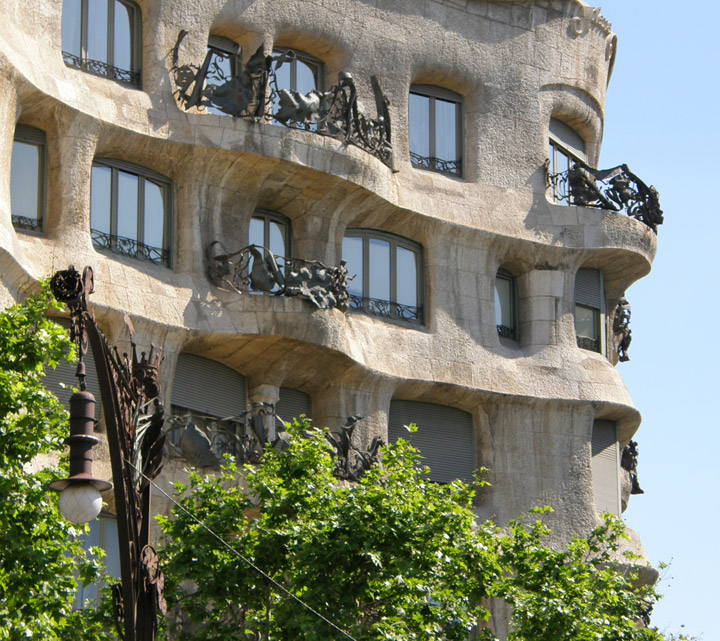 Most people consider it magnificent and overwhelming; some say it is like waves of lava or a sand-dune. This building seems to break our understanding of conventional architecture. The most astonishing part is the roof with an almost lunar appearance and dreamlike landscape. 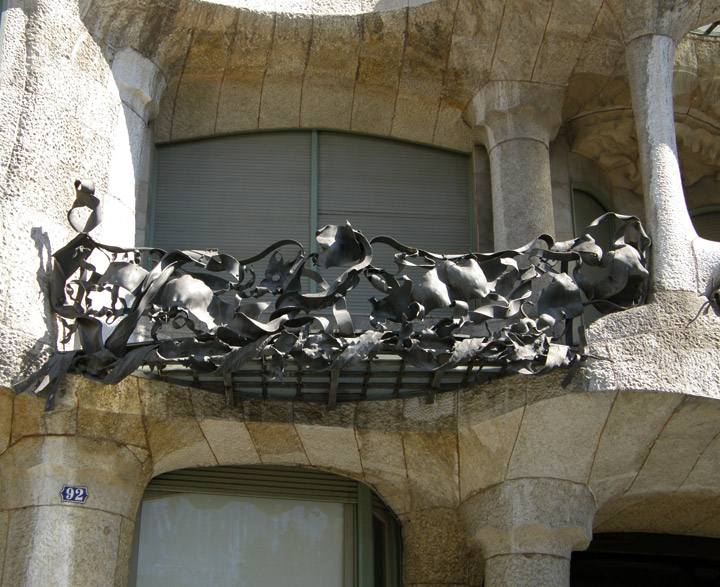 The building can be considered more of a sculpture than a regular building. Critics remark on its detachment from usefulness, but others consider it to be art. The Barcelonese of the time considered it ugly, hence the "quarry" nickname, but today it is a landmark of Barcelona. 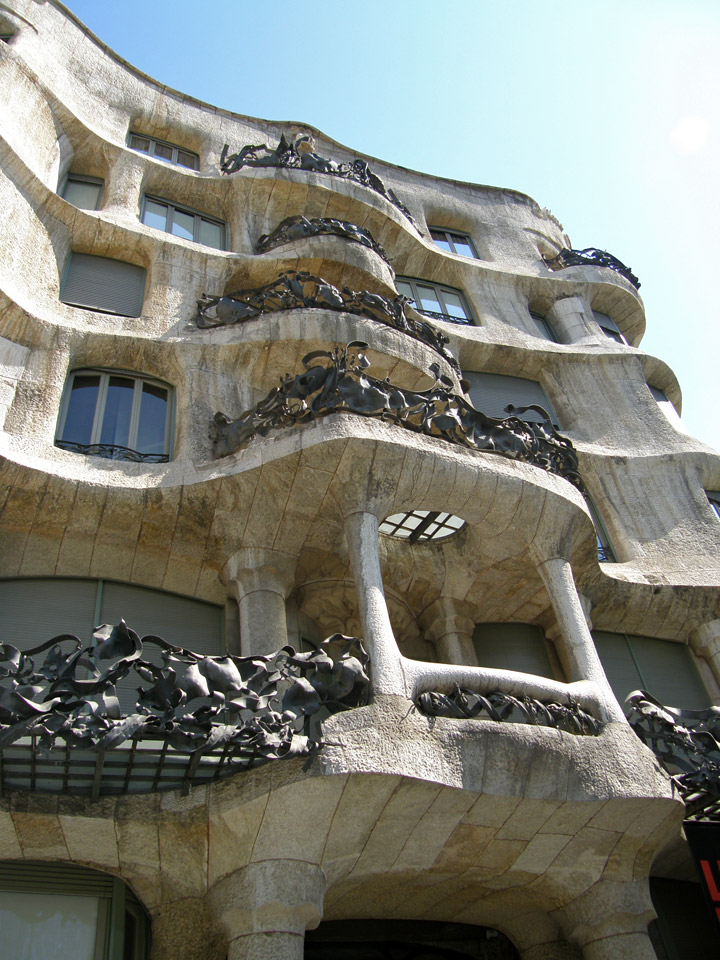 It could be compared with the steep cliff walls in which African tribes build their cave-like dwellings. The wavy facade, with its large pores, reminds one also of an undulating beach of fine sand, formed, for example, by a receding dune. The honeycombs made by industrious bees might also spring to the mind of the observer viewing the snake-like ups-and-downs that run through the whole building. 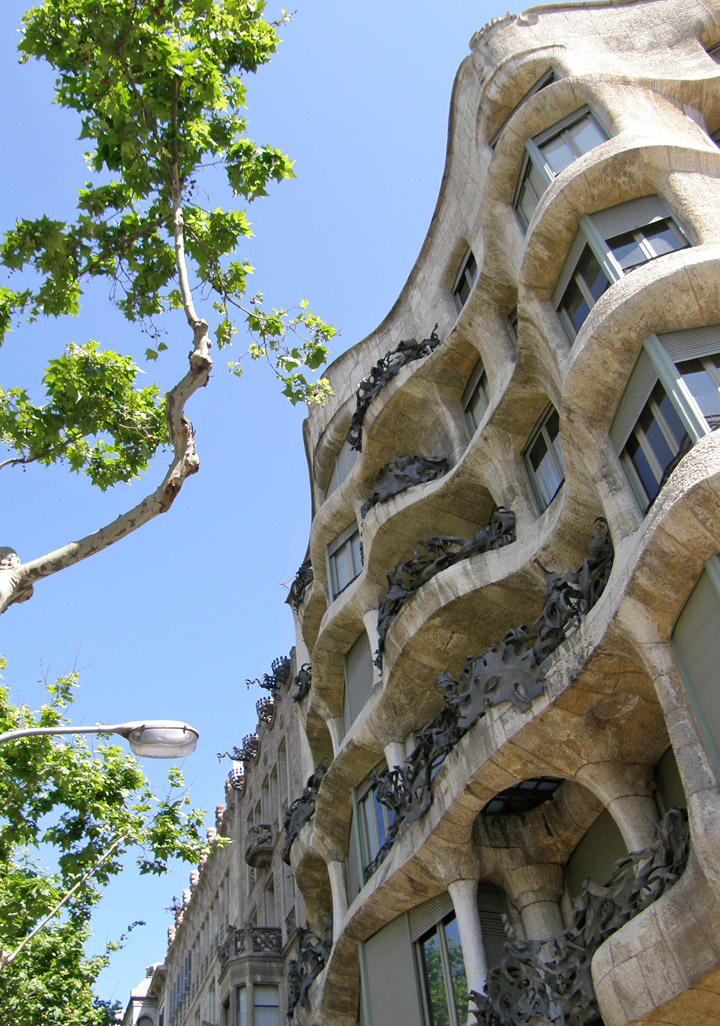 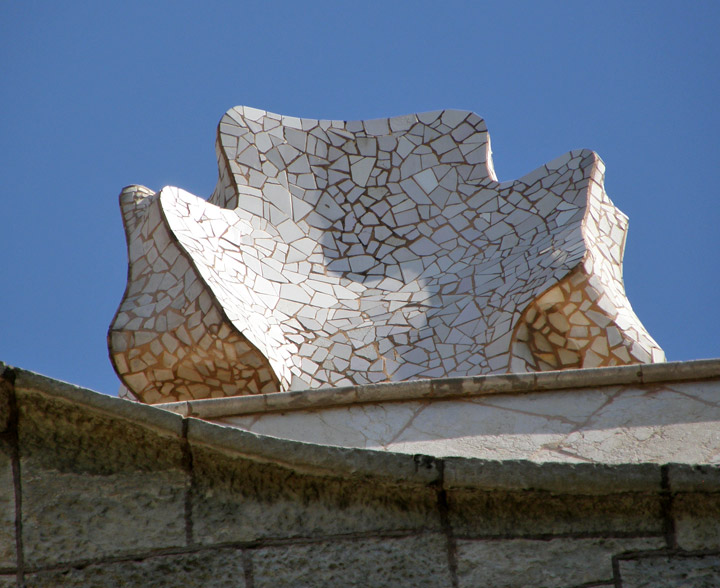 More Photos of the roof 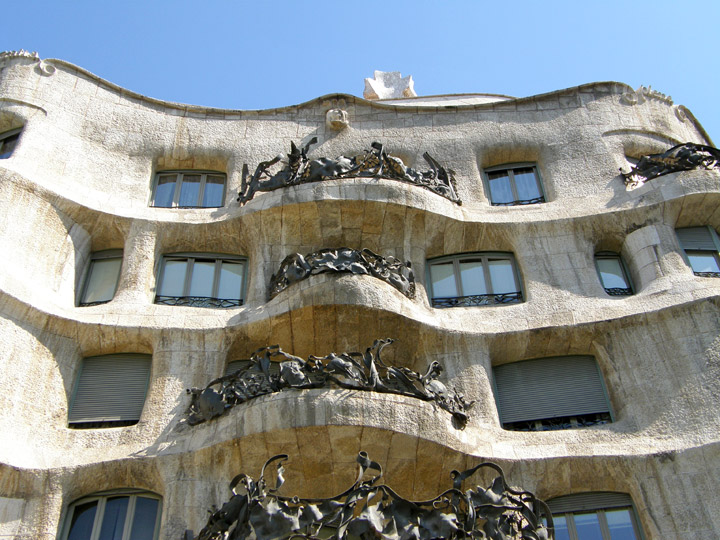 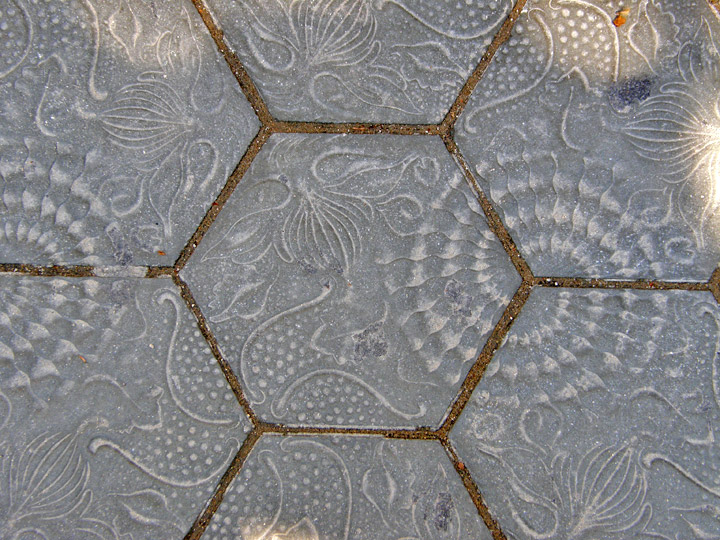 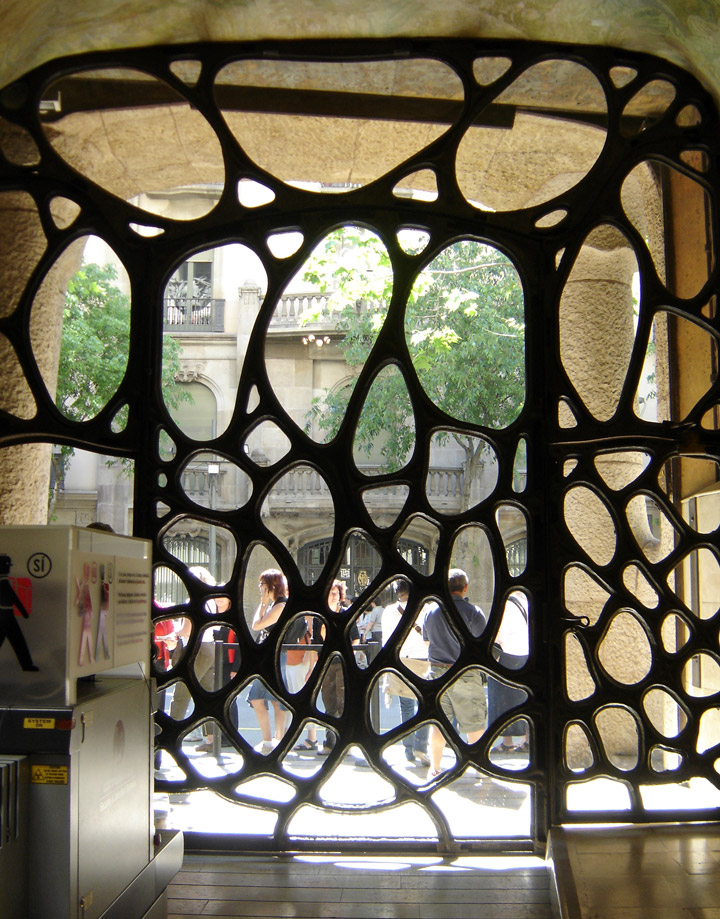 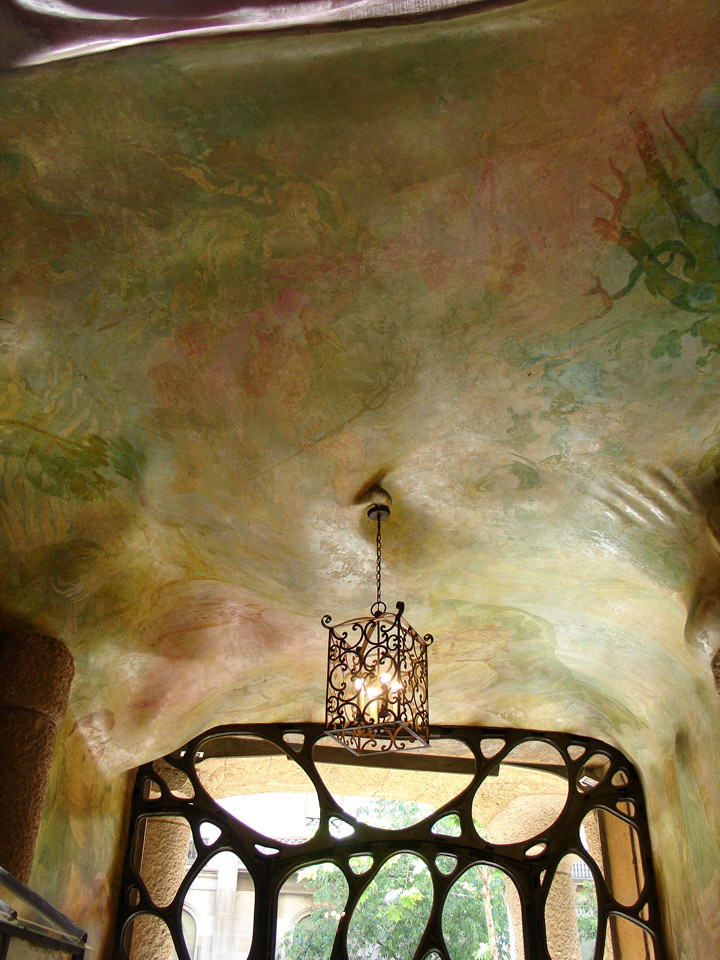 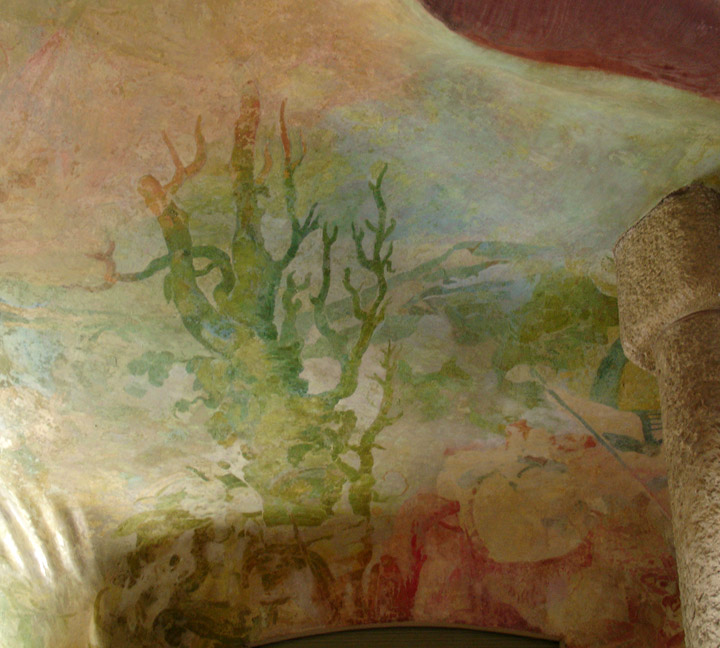 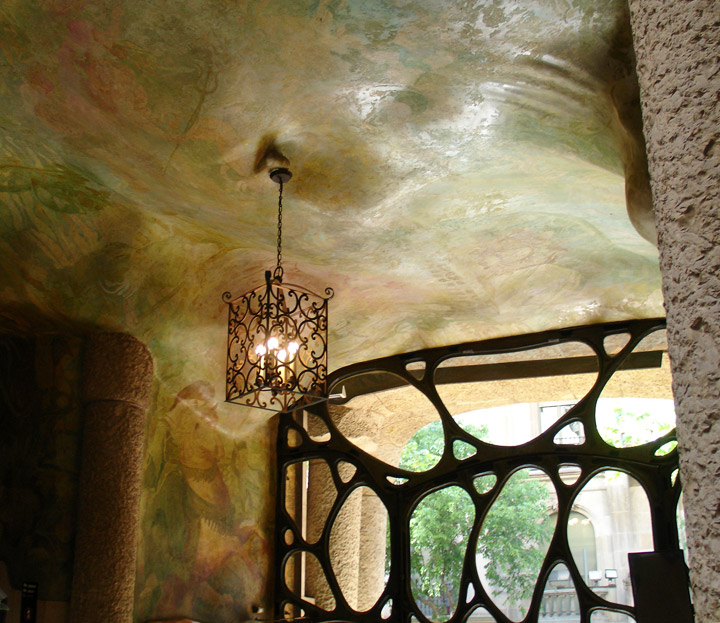 over the entrance way 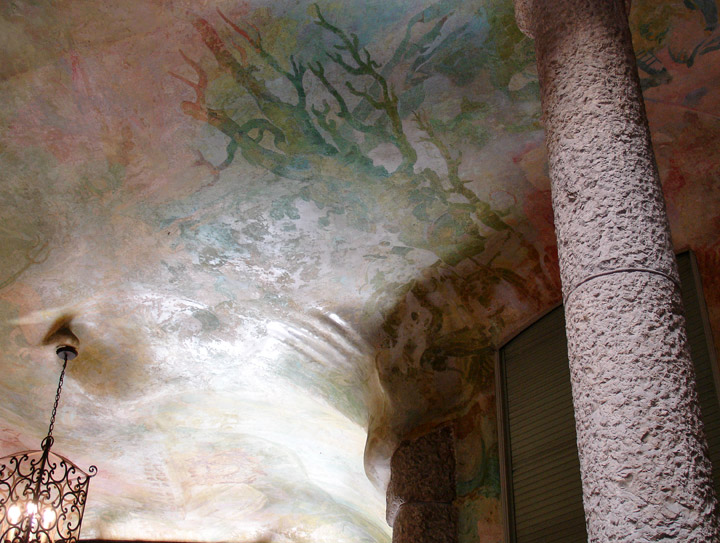 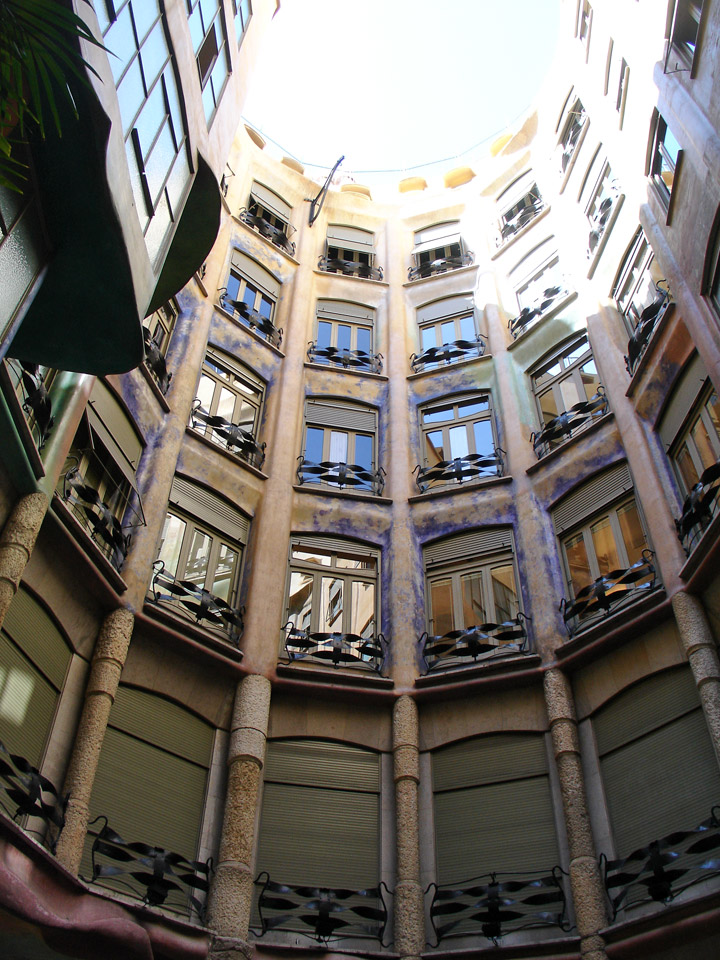 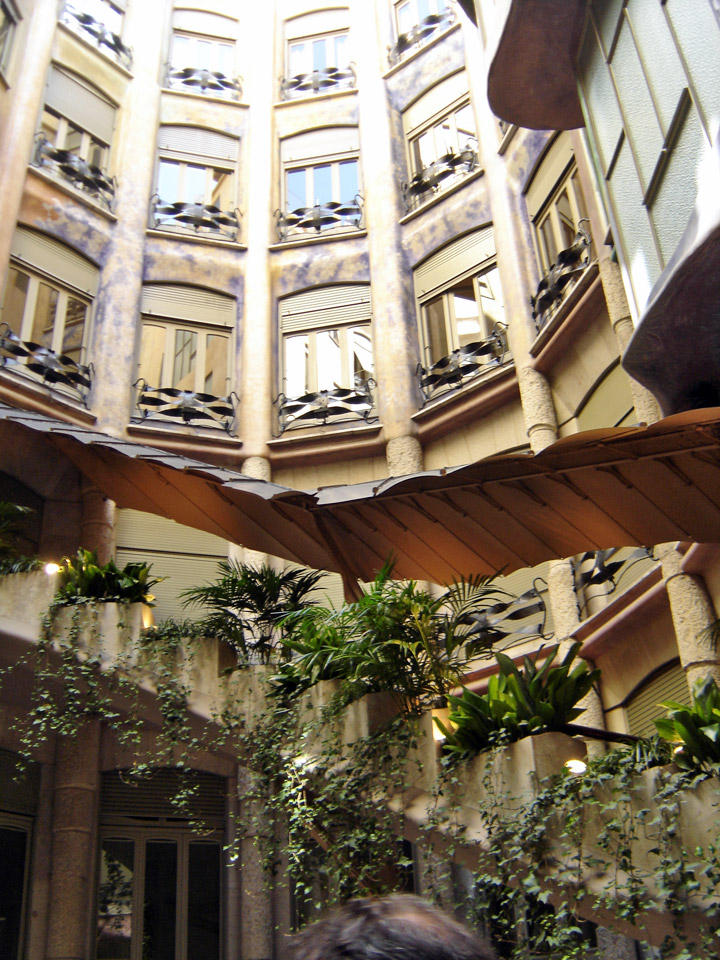 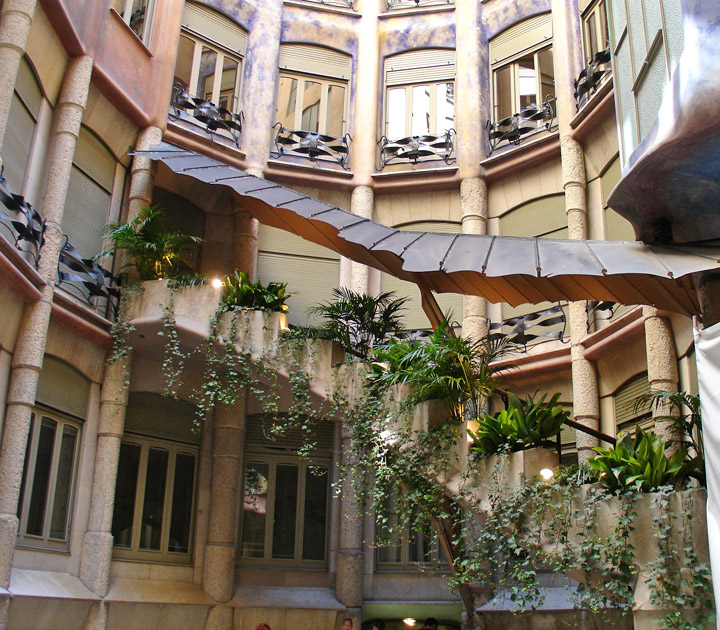 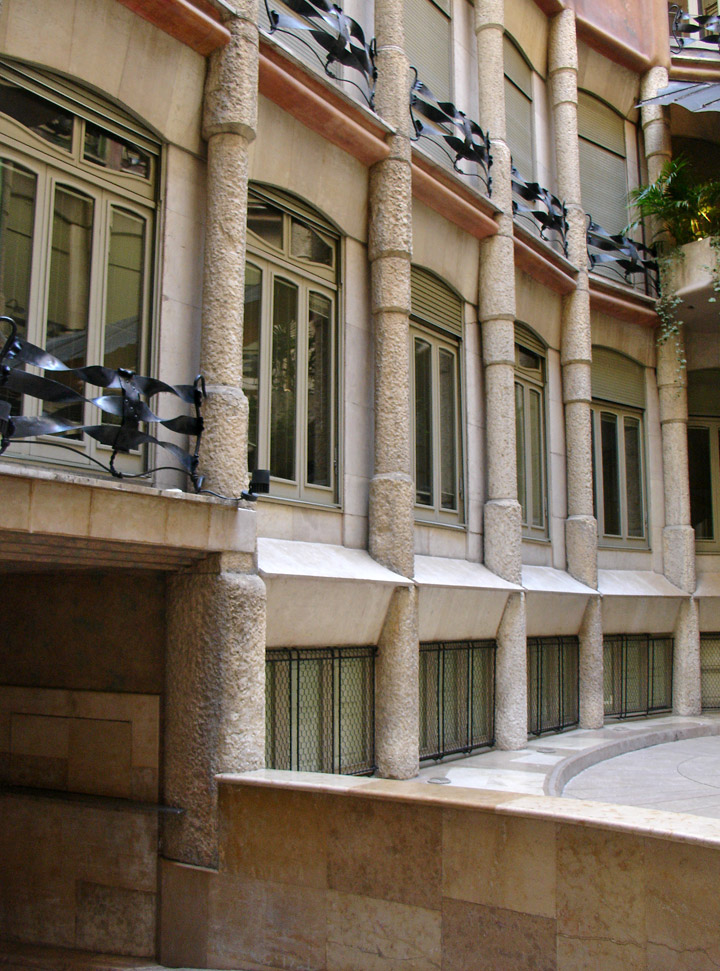 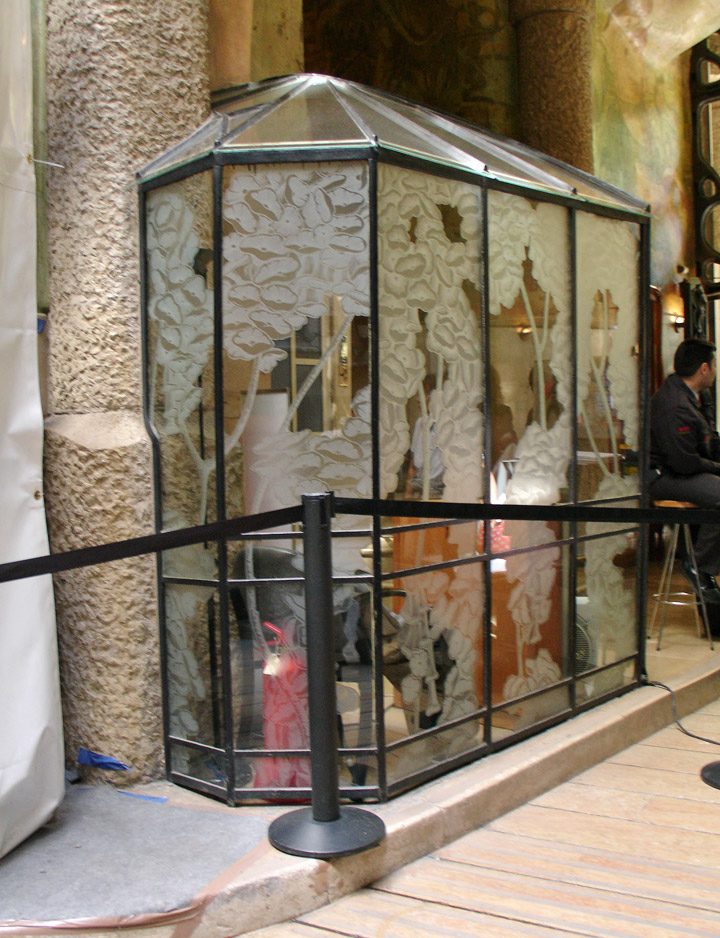 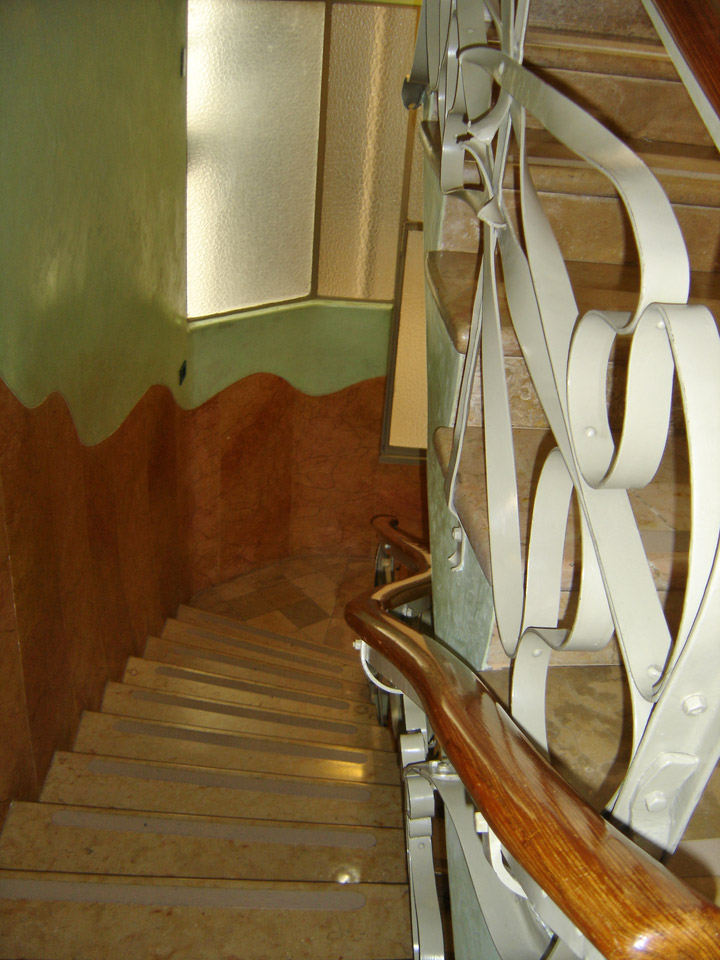 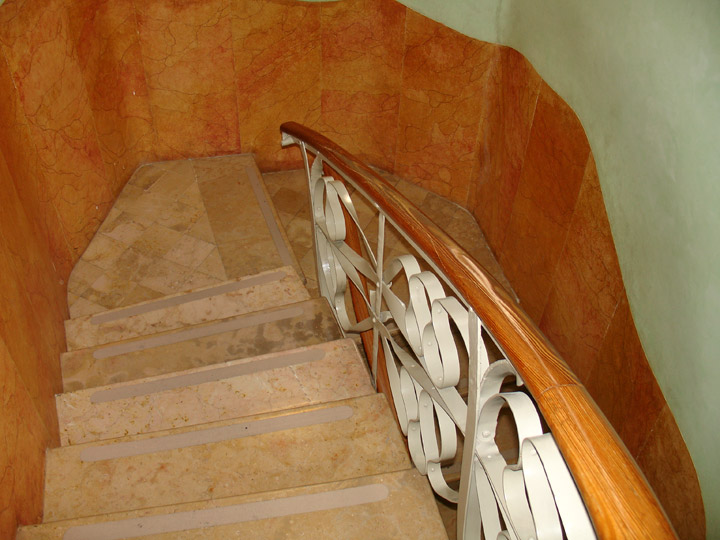 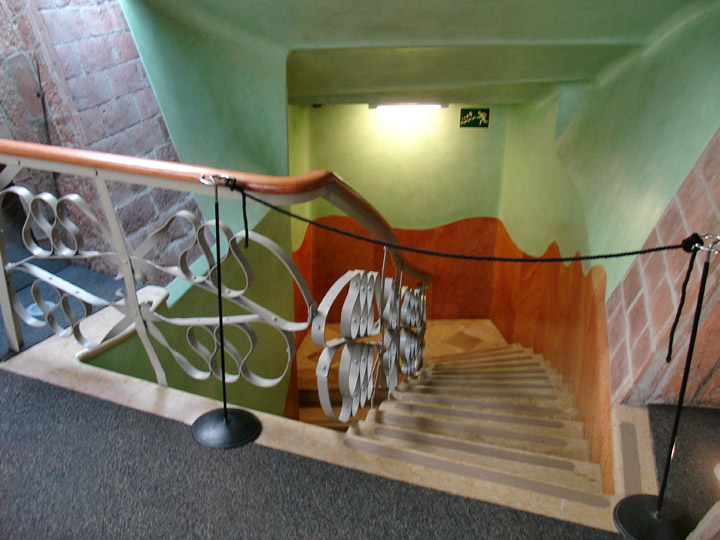 to the upper level 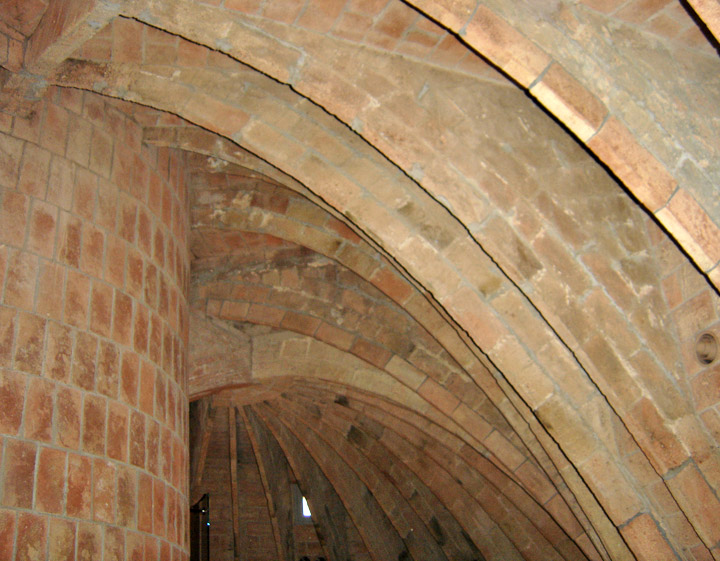 vaulting of the top floor 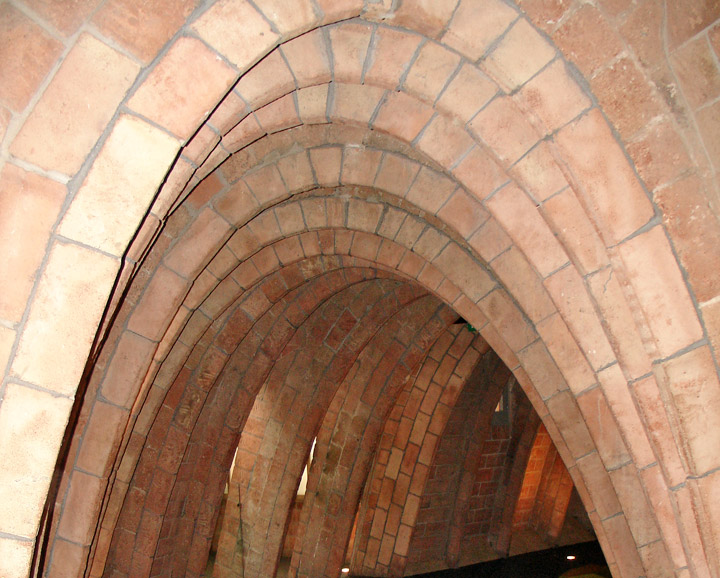 Photos of the Gaudi Museum 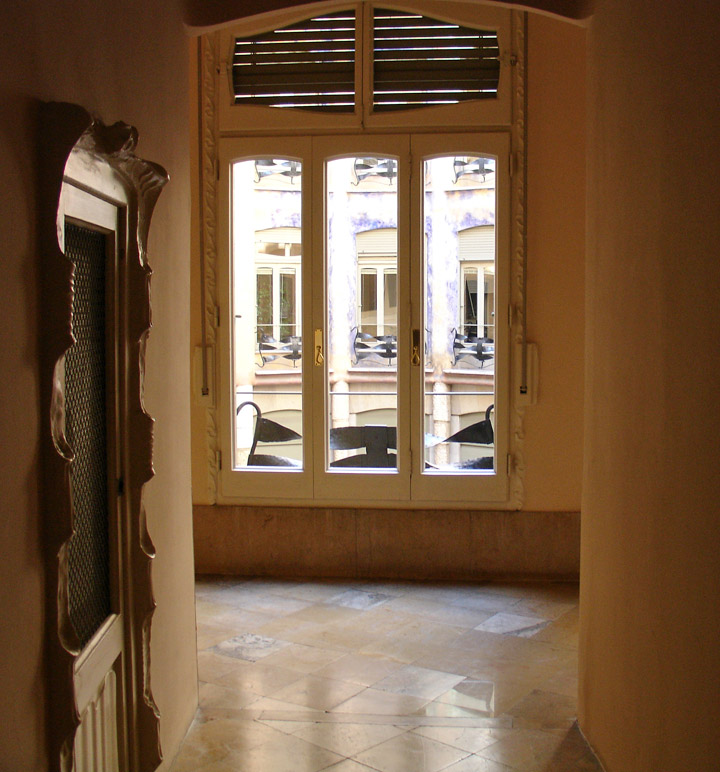 interior hall of the apartments

More Photos of the Apartments 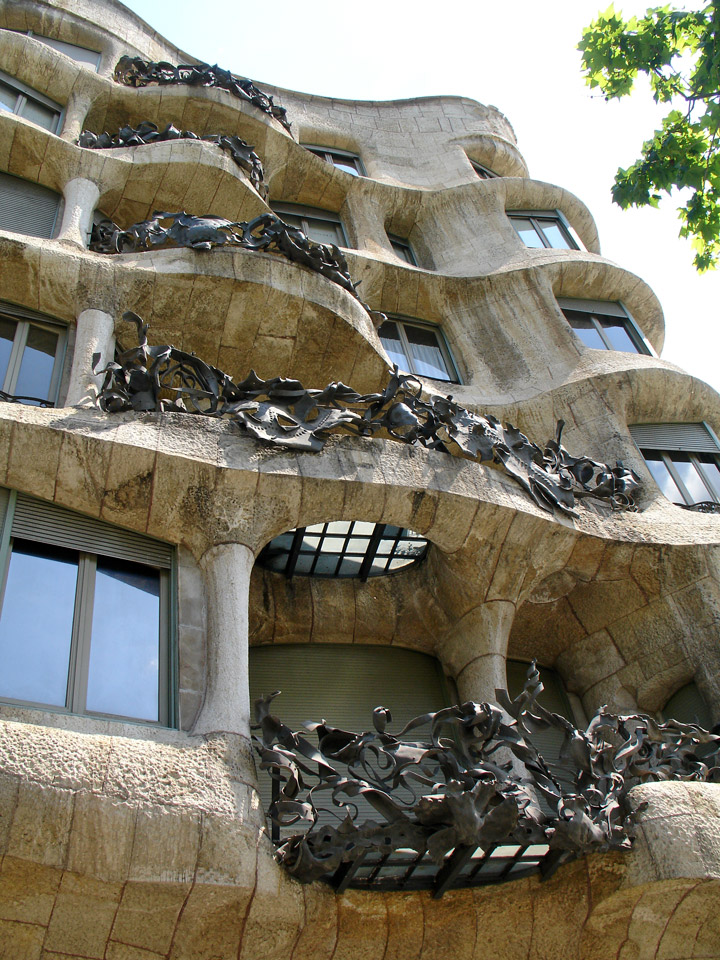