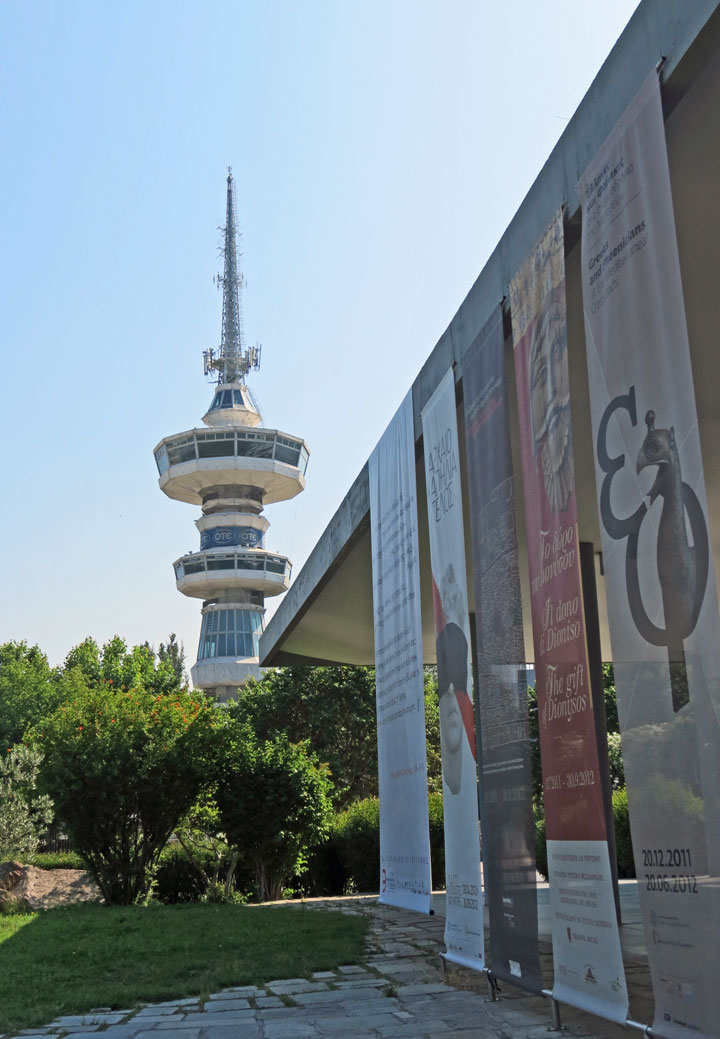 The Archaeological Museum of Thessaloniki is a museum in Thessaloniki, Greece. It holds and interprets artifacts from the Archaic, Classical, Hellenistic and Roman periods, mostly from the city of Thessaloniki but also from the region of Macedonia in general. 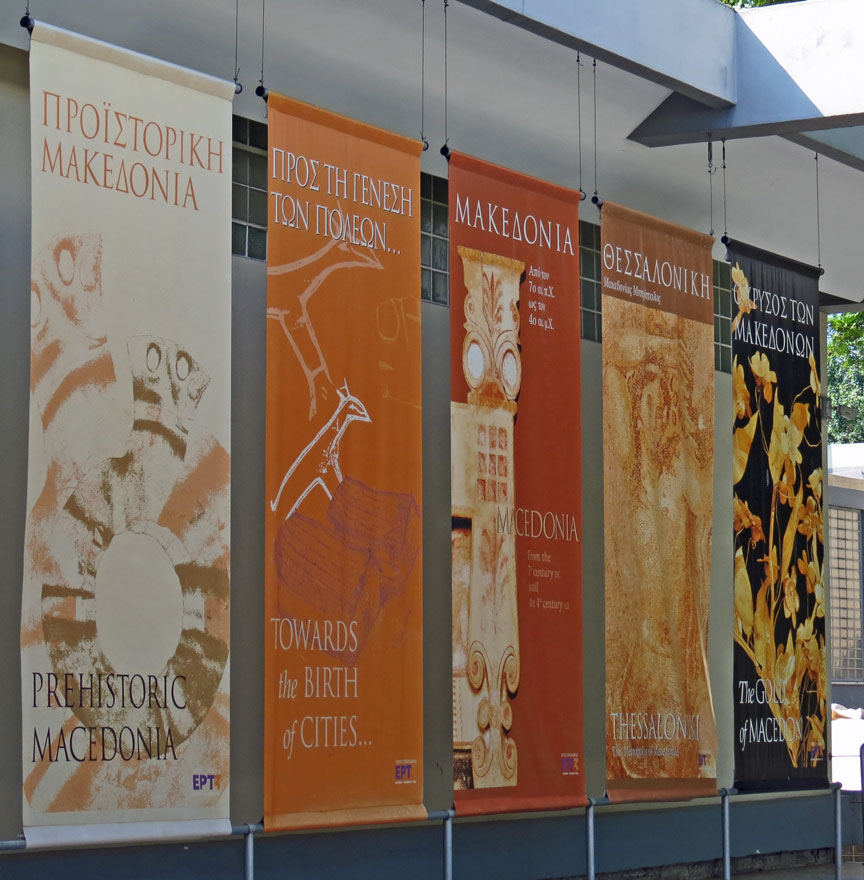 The museum is housed in a building designed by architect Patroklos Karantinos and is an example of the modern architectural trends of Greece. Built in 1962, the museum had a new wing added to it in 1980, in which the findings from Vergina were displayed, up until 1997. In 2001 and 2004, the museum was extensively restored and its permanent exhibits reorganized. 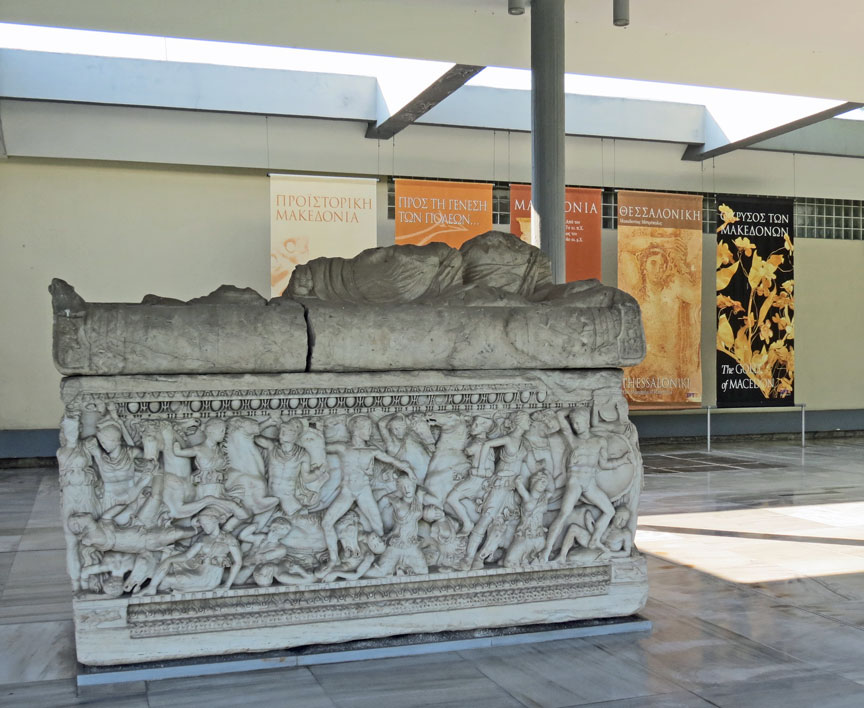 The central rooms hold exhibits from the archeological excavations conducted in Thessaloninki and the broader area of Macedonia. The new wing hosts two exhibitions: The Gold of Macedon, with artifacts from the cemeteries of Sindos, Agia Paraskevi, Nea Filadelfia, Makrygialos, Derveni, Lete, Serres, and Evropos; and The Thessaloniki Area in Prehistory, with material from prehistoric settlements, dating from the Neolithic to the Early and Late Bronze Age.

The Gold of Macedon 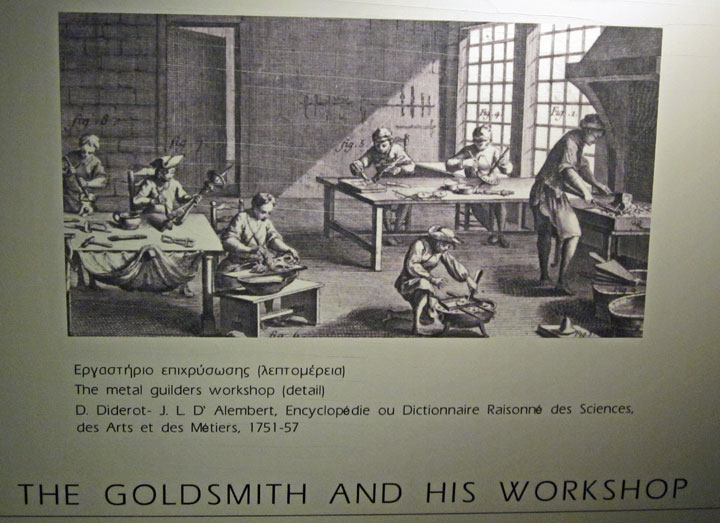 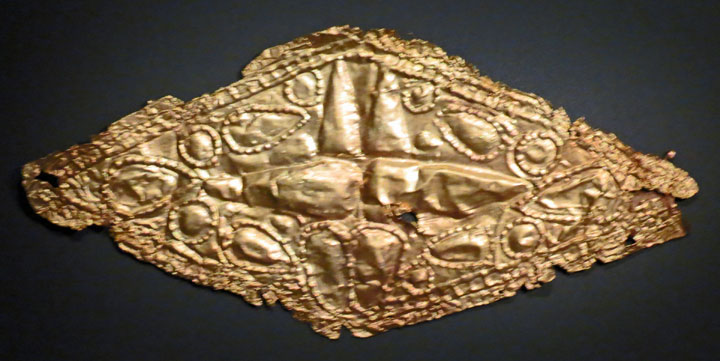 death mask over the mouth cavity 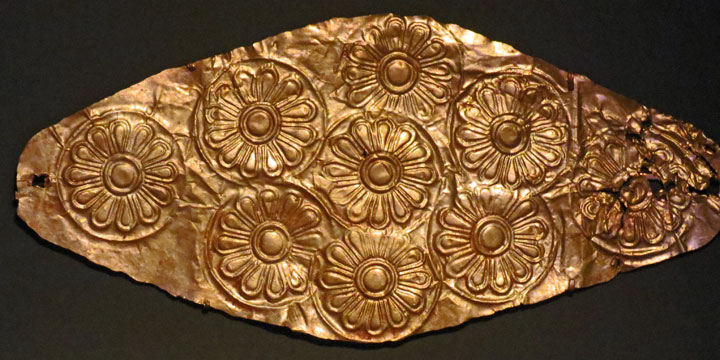 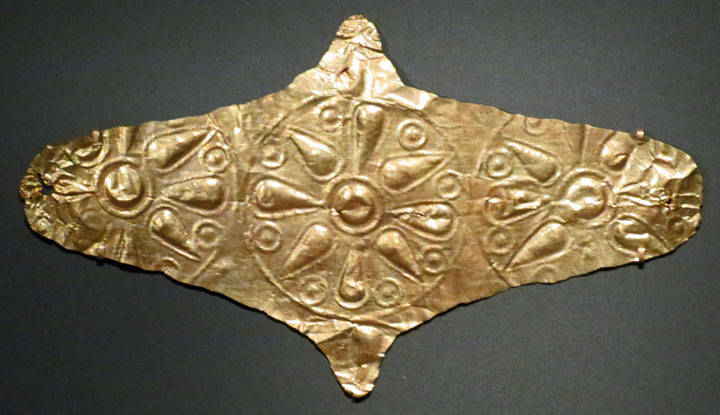 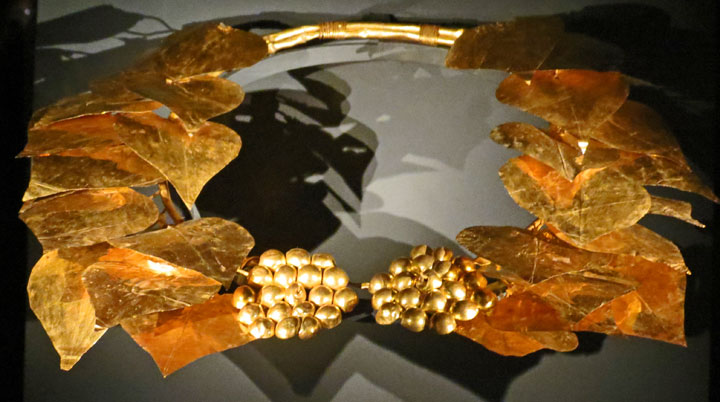 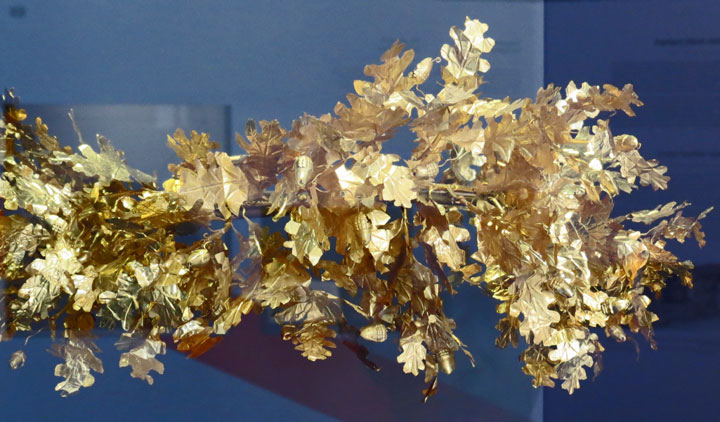 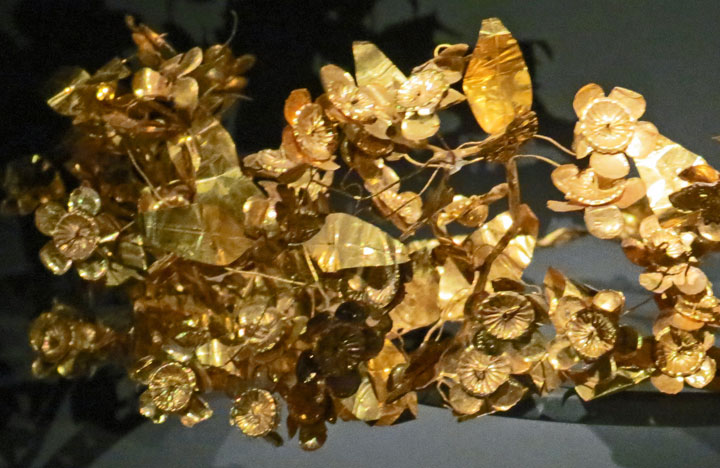 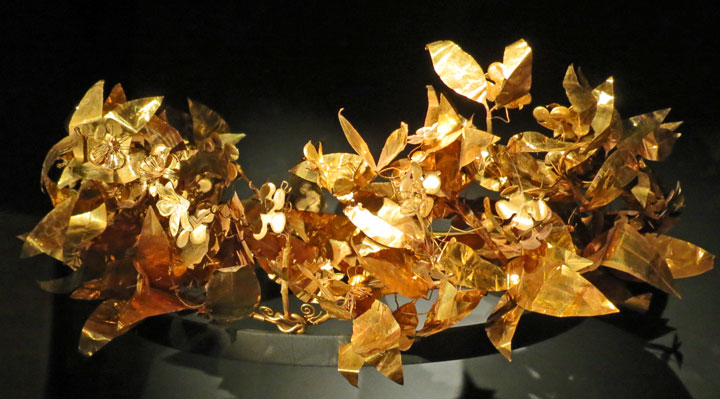 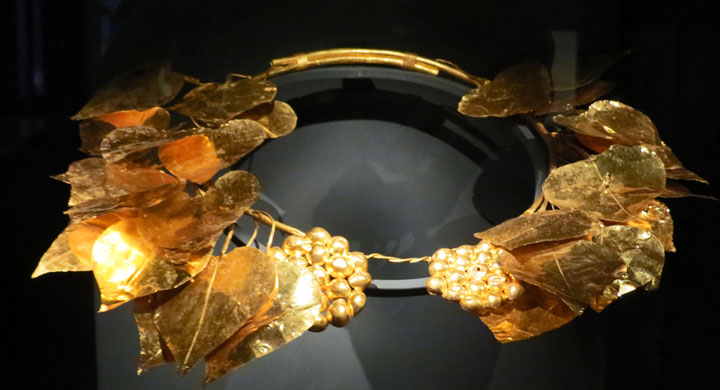 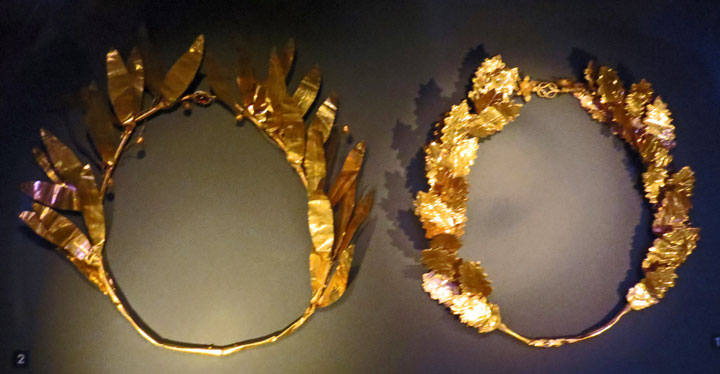 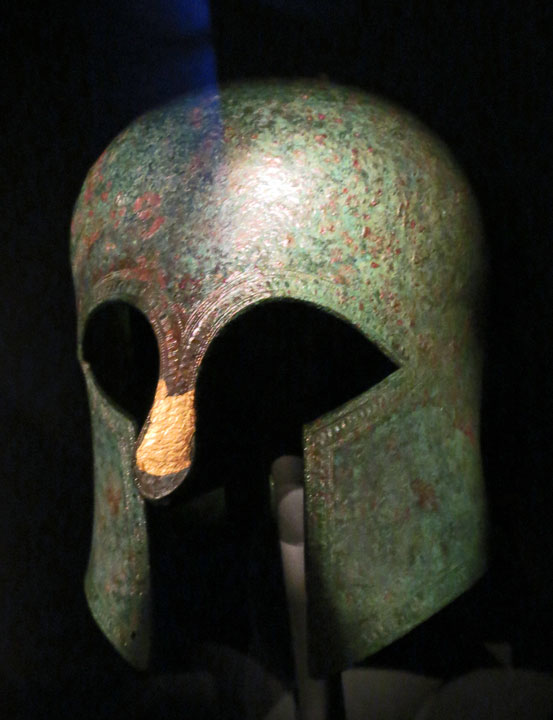 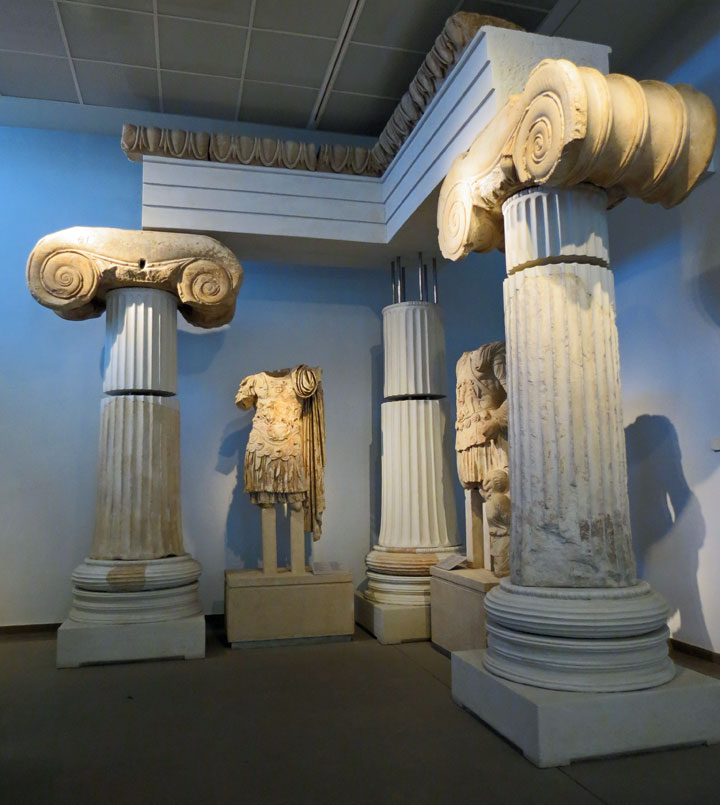 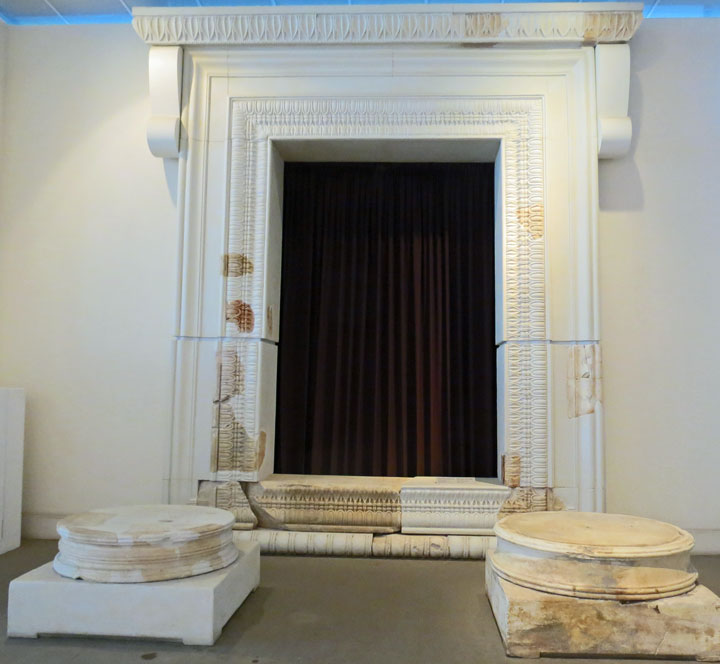 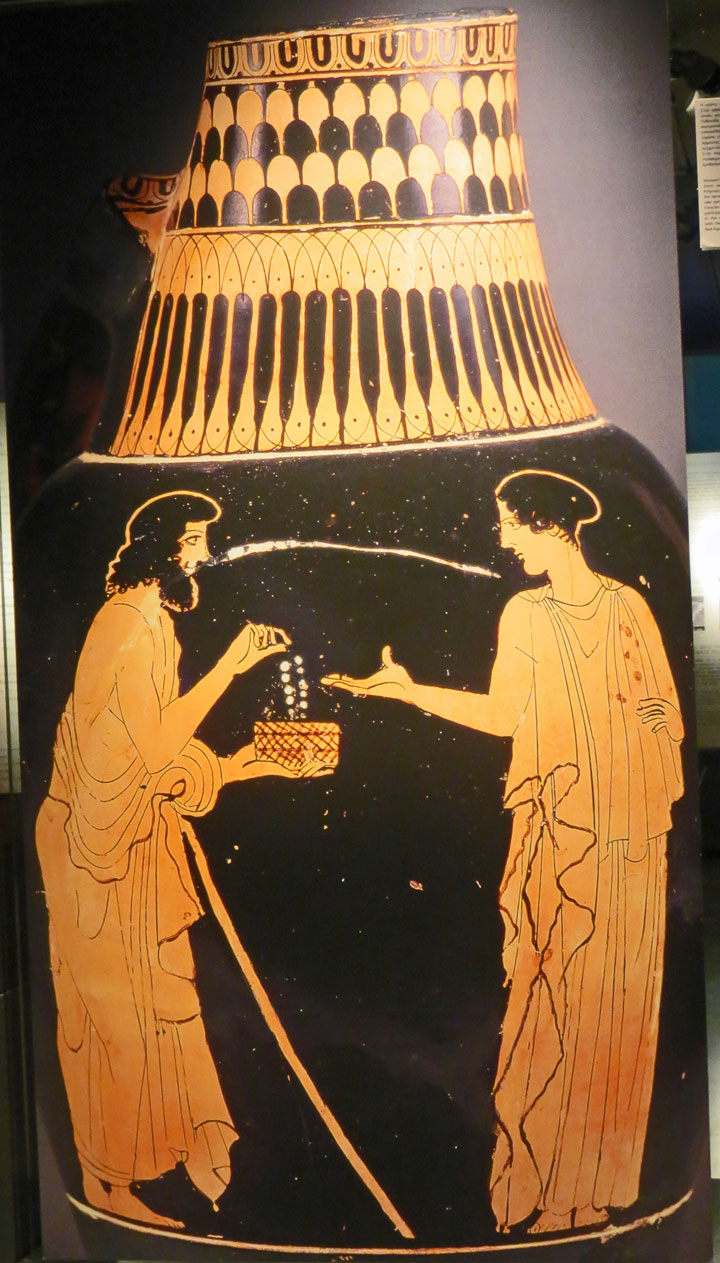 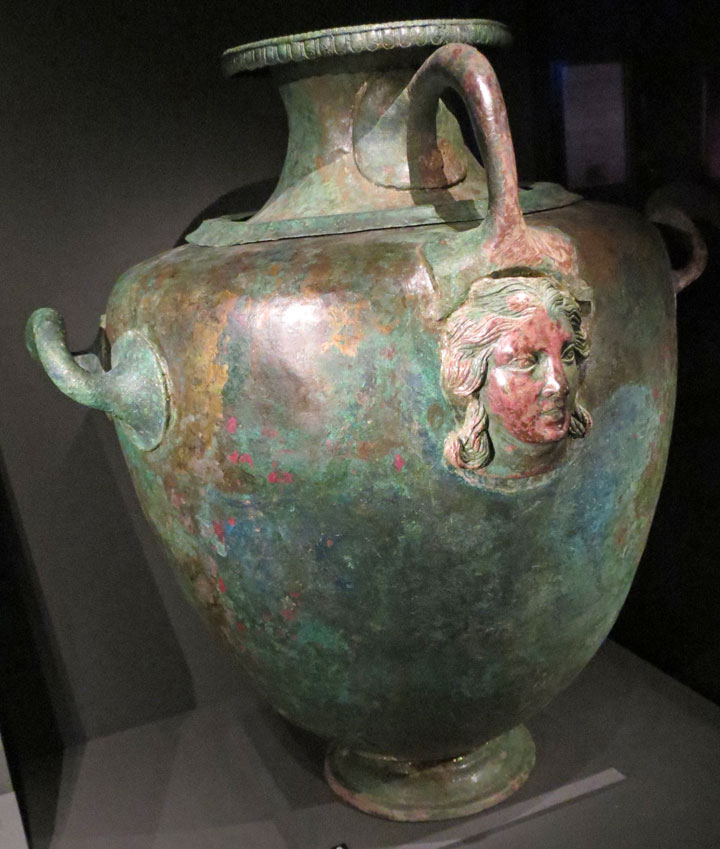 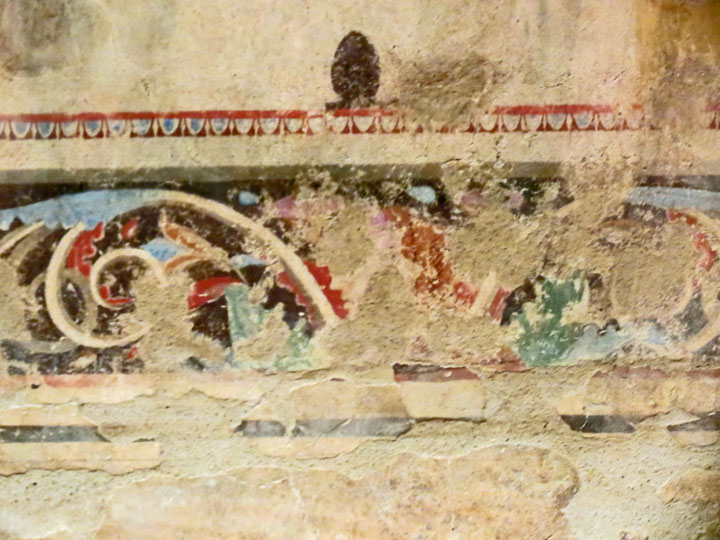 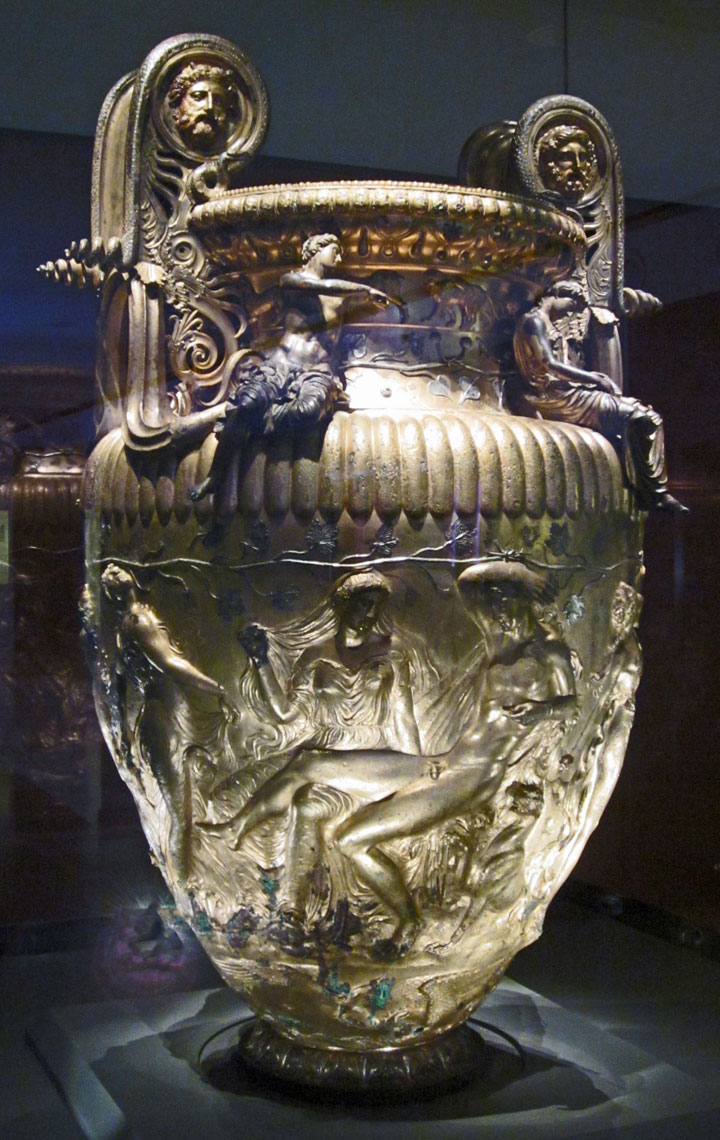 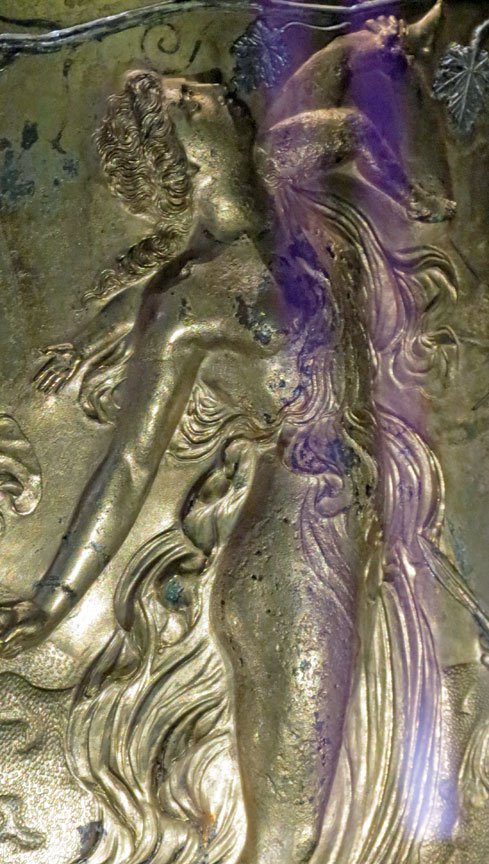 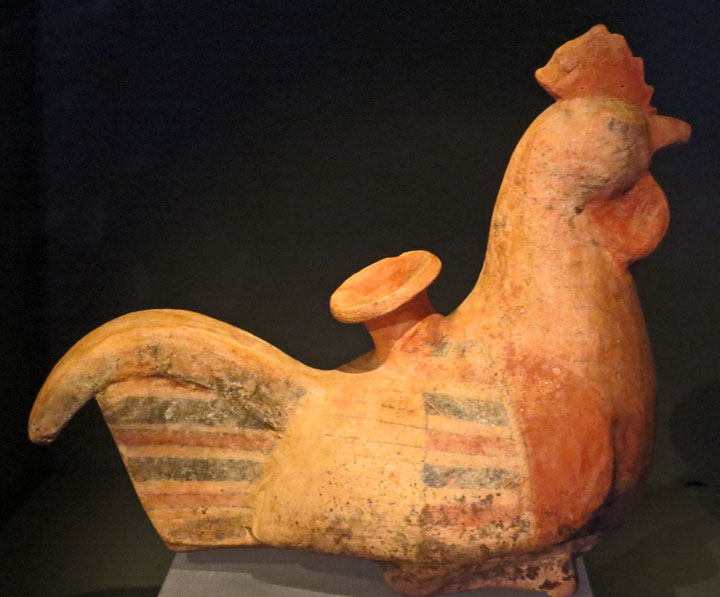 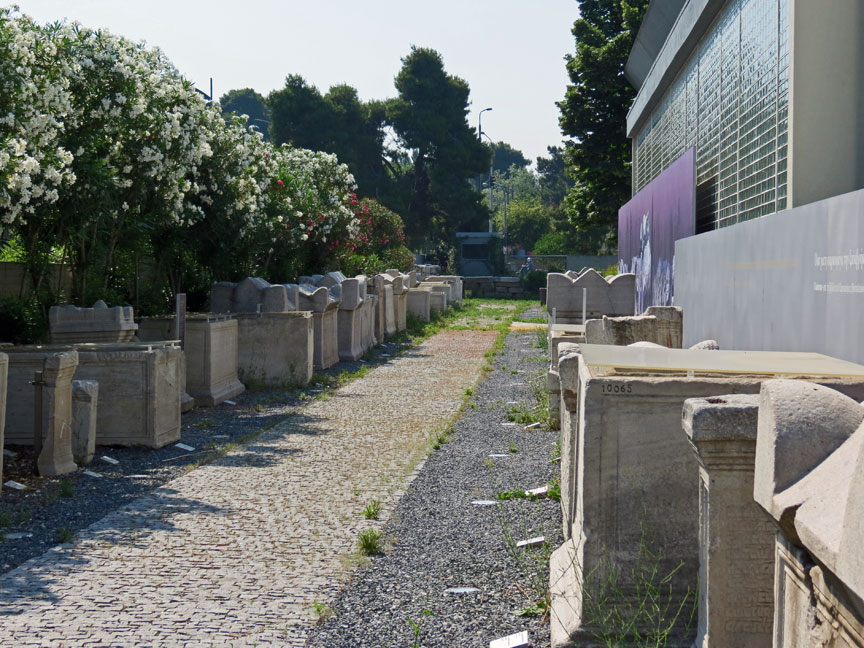 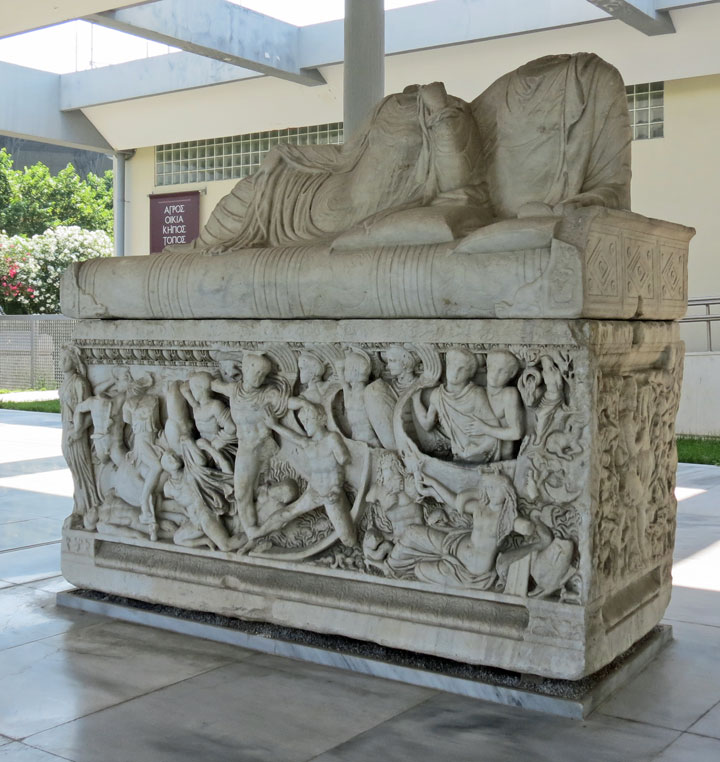 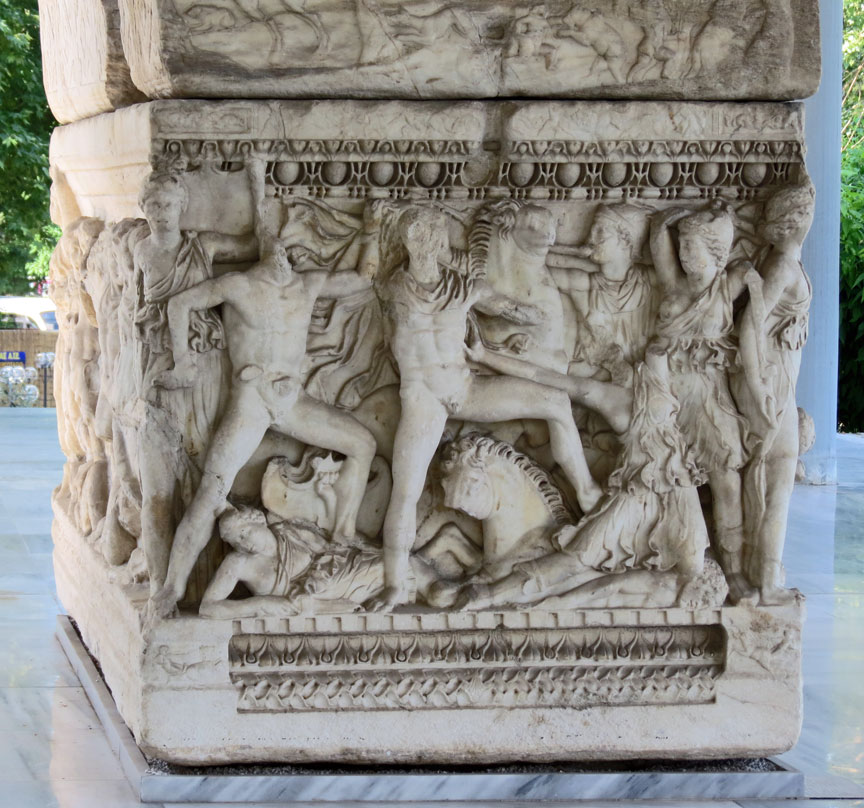 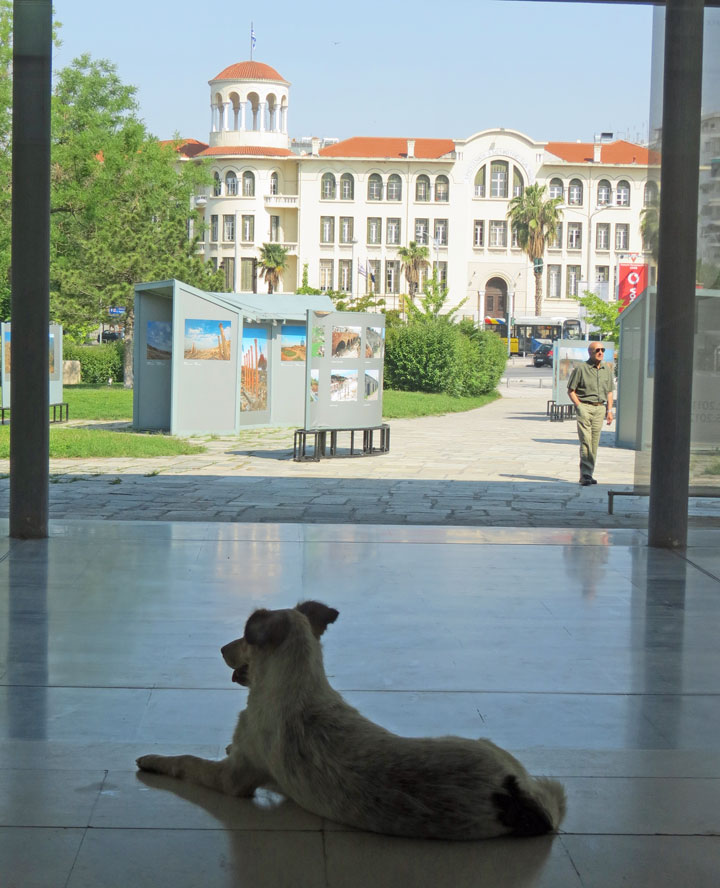 view out the front door past the guard dog 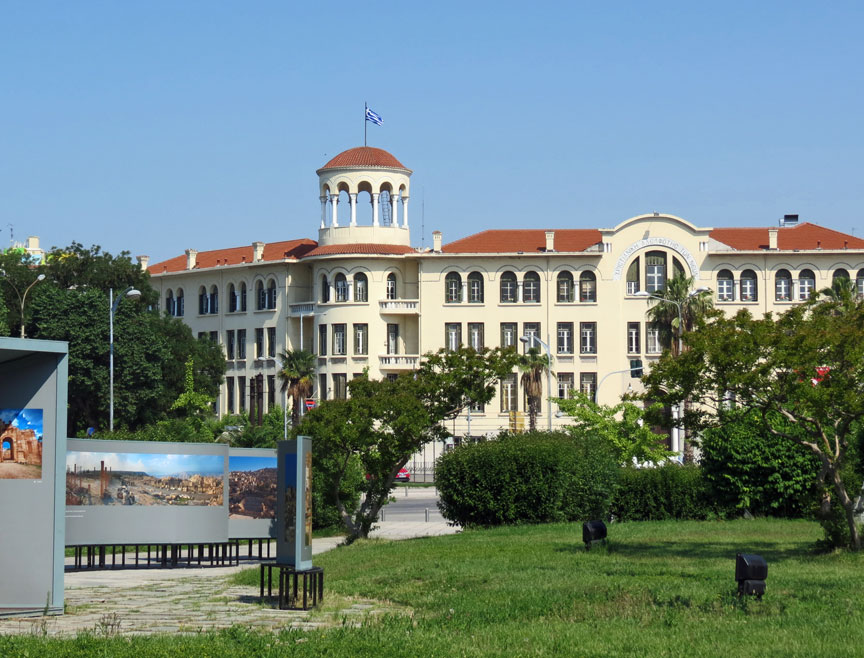