I felt really "on my own" the fall day when father put me on the train in Harrisburg to go to Yale. The taxi took me from the station in New Haven to the Gothic stone "Hall of Graduate Studies" which was to be my home for the first year at Yale. I had a two room suite with a stone fireplace, but shared it with Johannes Wilbert, a German Anthropology student. The first year in the Chemistry Department was heavy with course work, but I did very well. Math for chemists, was the toughest. Four lectures, then an exam, repeated each week for the first semester to cover all aspects of higher math we were to master. Hard, but well taught. Each month we had an exam on an unannounced chemistry subject. Since I was well prepared from my Juniata experience, I was able to pass 5 of these the first year. Since this was 5 out of the 8 I needed for the PhD, I was marked as an excellent student and had no problems the next two years until graduation with the PhD. 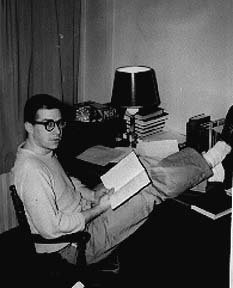 As student at Yale Graduate School

My professor asked me what I was intending to do during my first year's Christmas vacation. I told him I was planning to be married. His first impression was to give me a talking to, but quickly came to the conclusion that it was too late. Had a Christmas Eve wedding, with father as the minister, and then went to midnight services at the Episcopal cathedral in Harrisburg.

Elma got a job in New Haven, as an itinerant music teacher, and we moved into a third floor railroad flat, and lived on a weekly budget less than my first year's weekly expenses. Proving again, that two together can live as cheaply as one alone. 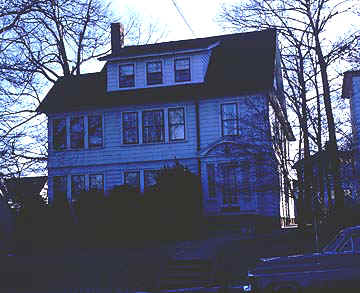 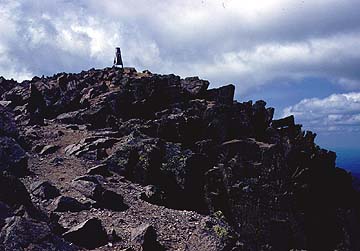 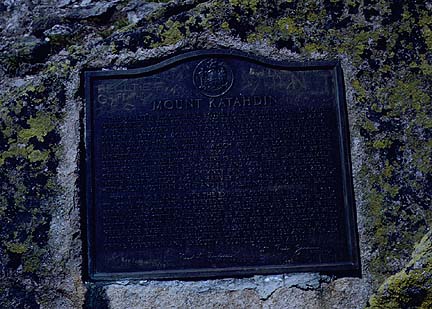 marking the start of the
Appalachian Trail 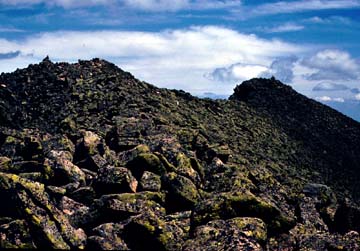 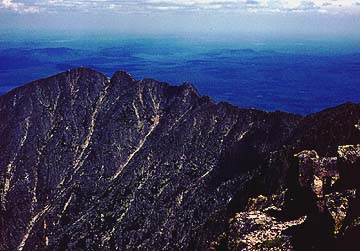 The next summer the lab was closed for plumbing replacement, so we took the opportunity to cross the U.S. in Elma's Ford. We camped must of the way and saw many of the sights I had seen earlier as a ten year old. Major event was a climb of Long's peak in the Rockies. The effects of the sun exposure had us crippled for almost a week. 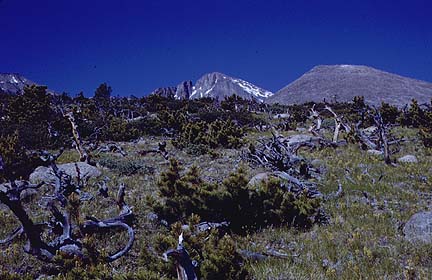 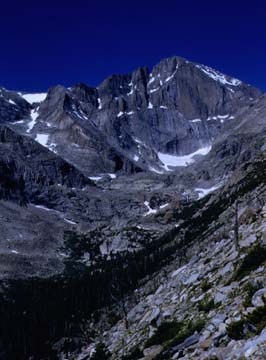 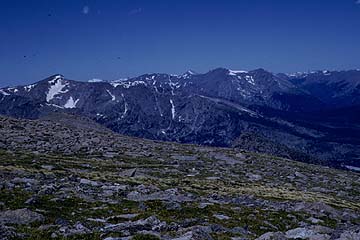 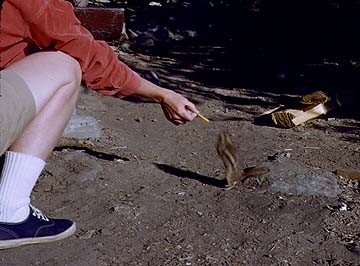 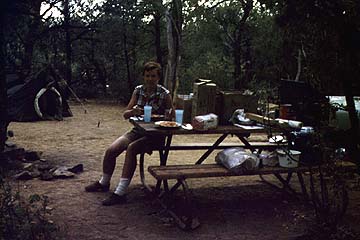 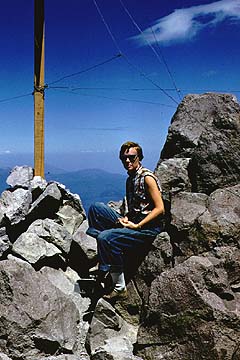 on the peak of Mt. Lassen, California

After graduation and an extra summer when I repeated my thesis work on another compound, we left on the Bremen for a 10 day sail from New York to Bremerhaven. Our Fulbright year started on the Rhine in cold wet September. On arriving in Göttingen we were housed with a German family, the Ruprecht's, for one month as part of an Experiment in International Living indoctrination program. We attended classes to learn better German and about Germany. 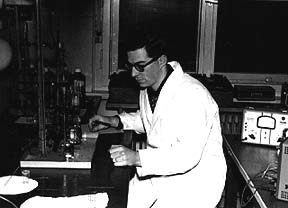 In lab at the Max Planck Institut

My work at the Max Planck Institute for physical chemistry, was with Prof. Bonhoeffer. He has just come home from Moscow disputing the theory of the electrochemical double layer with Prof. Frumkin, so my problem was picked to do some confirming lab work. I had a lot to learn about electrochemistry. The learning went fast, but the lab work slow. For my second year I applied for and was awarded a National Science Foundation Postdoctoral Fellowship. The stipend helped fund my extensive travels.

Before going home I had a chance to visit 24 different countries, including a car trip to Greece and Turkey. While in Greece we took deck passage to Egypt and went on tour with the German Student group. The tour was fantastic even though in the German language. We met a few friends in Egypt who later visited with us in the U.S. We came home through Spain and Portugal and on to the new location in Chapel Hill, N.C. 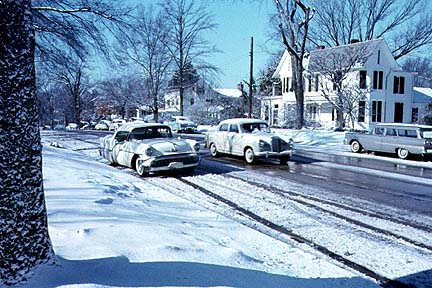 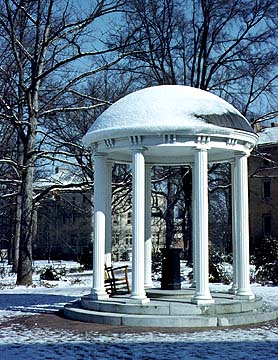 the University of North Carolina 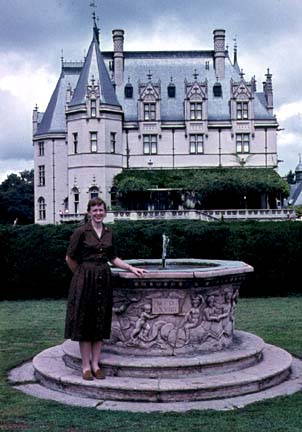 since this was not available 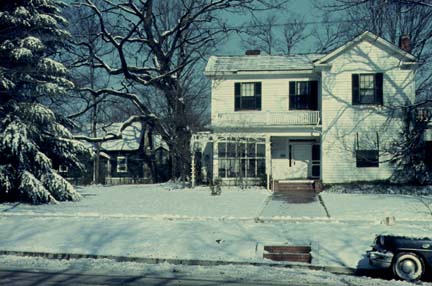 we moved into this apartment 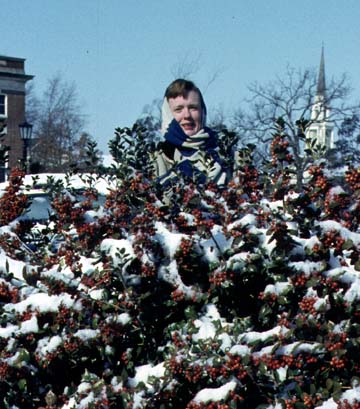 Elma in front of holly wearing a Yale scarf

While I was doing studies on the in ground disposal of radioactive waste water, Elma became a full time graduate student in musicology. Tom was conveniently born between the summer and the fall semesters. 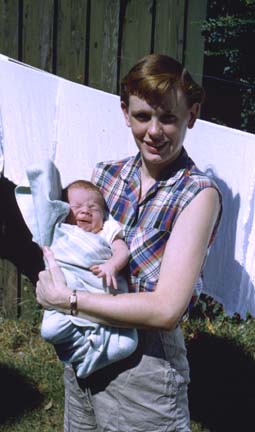 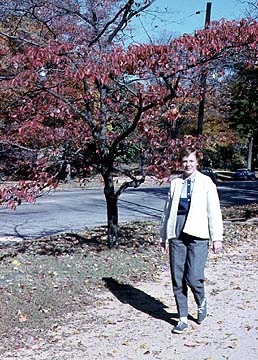 walking to class while Galen cares for Tom

One of my fellow chemists was a postdoc from England. I was telling this chap the virtues of seeing the country by hitchhiking and he challenged me to go along. So to present my first paper at the Clay Mineral Conference in Norman, OK, we hitchhiked across the country, toured Yellowstone, California and the big event, walked to the bottom of grand canyon and stayed overnight at Phantom Ranch. After the paper, I flew home. 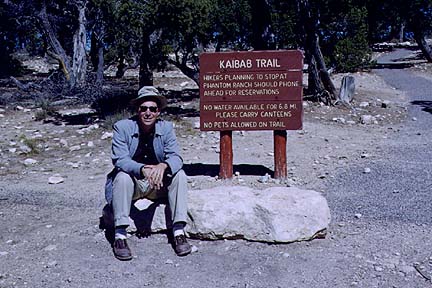 climbed from the Grand Canyon on the Kaibab trail 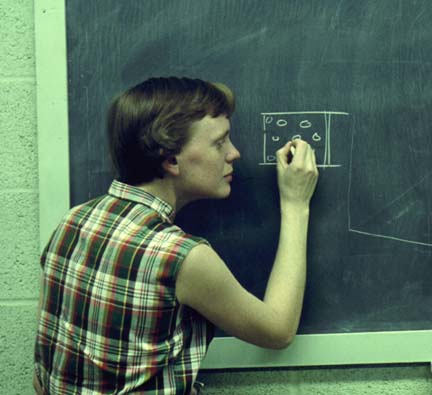 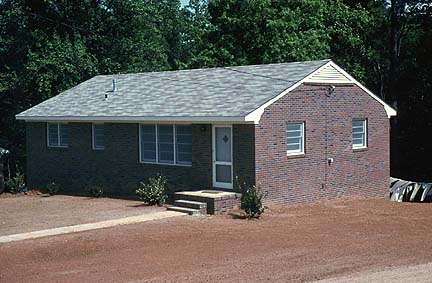 I was a Scoutmaster of the troop sponsored by the Episcopal church. As such I was one of the ones selected to take a group to the National Jamboree in 1960. Our bus tour included Philmont Scout Ranch and the jamboree campout in Colorado Springs.