Galen's life as a Scientist

My work at A.D. Little, Inc. in Cambridge, Mass. exposed me to many industrial executives and taught me how to conduct applied contract research. During that time we were able to take a vacation in Mexico and the Caribbean, and later I got to Poland and the Soviet Union as part of a business trip to Europe.

In 1964 on a balmy April day in Washington with the tree blossoms out I was interviewed for a laboratory administrator job in the Dept. of the Army at Ft. Belvoir.  It was a chance to work with a group instead of as an individual consultant and had a very substantial ( 2 million) annual budget. Since it was still cold and dreary in Boston, I made the decision and started looking for a house near Mt. Vernon.

I didn't realize how big a challenge it would be to learn to administer in Civil Service. It was, however, very good training for later, since one had to deal with and solve people problems, not avoid them by firings. I also enjoyed working with the commercial vendors to the government, to encourage them in scientific progress through the placing of research contracts. I became expert in electrochemical power sources. After three years, and the birth of Glenn, I got a chance to transfer to Ft. Monmouth, N.J., to head a group of about 100 people with an annual budget of 5-6 million. It was a busy, interesting and powerful position. The frustration was the inability to take commercial development of new technology the entire way to the market place.

In the fall of 1969, I became Director of Research of ESB Inc., the largest battery company in the world. I quickly transformed an old style commercial laboratory into a highly productive new product oriented development activity. One product which I got started later became the basis for a successful new company making several of my associates millionaires. The success of the laboratory and the aggressive management style in fact lead to opposition within the company leading to my being "fired" two weeks after my fortieth birthday, hence accelerating my mid life crisis.

My fortieth birthday party was in a camp ground in Canada on a family vacation. We flew to Seattle with camping gear, and toured Washington, British Columbia, Alberta and Montana. Three tents, one for boys, one for girls and one for parents, housed the family. Glenn was old enough to keep up and Tom still interested in the family. This was still the case two years later when the whole family flew to Budapest, Hungary and to Vienna for a spring break vacation.

During the nine months of unplanned unemployment, I took several short term jobs, including selling real estate. I kept the money coming in but without any sense of direction. My next job as Director of Research Administration for Pfizer Central Research in Groton, CT was a desk job associated with various functions of running a research facility and planning for required support services. The only part of the job that I found stimulating was the planning for and the project management of the construction of several new research facilities. I had to preside over the redo of the building energy control system in the midst of the energy crisis. 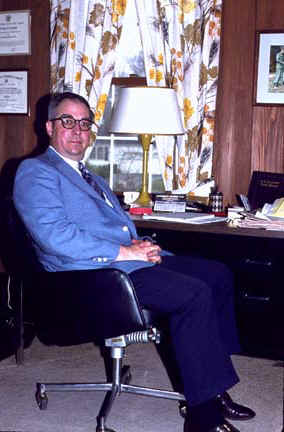 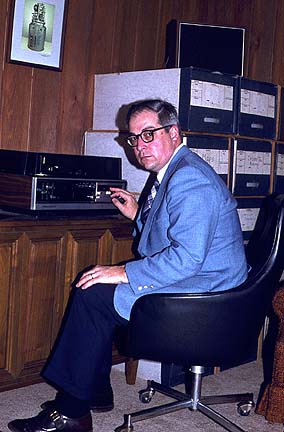 enjoying music of the theater 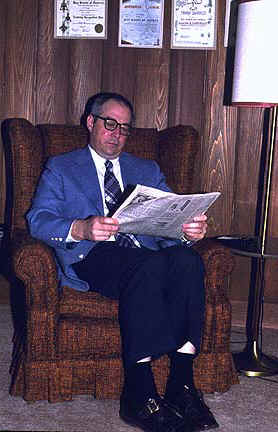