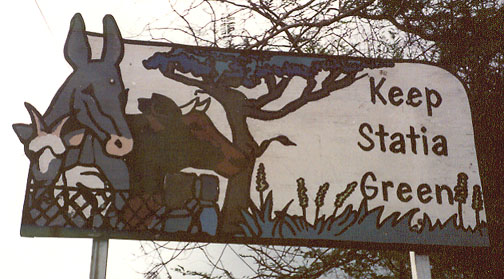 The Netherlands Windward Islands consist of the southern half of Saint Martin (Sint Maarten) and all of Saint Eustatius and Saba. These islands are situated at the northern end of the Lesser Antilles chain, to the southeast of Puerto Rico. The total population of the Netherlands Antilles (2000 estimate) is 209,888, and the islands' total area is 800 sq km (310 sq mi). The capital and largest city is Willemstad, population (1993 estimate) 130,000. 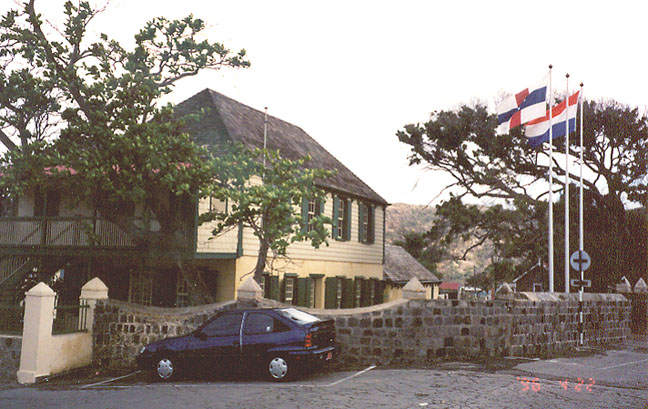 square in front of government house 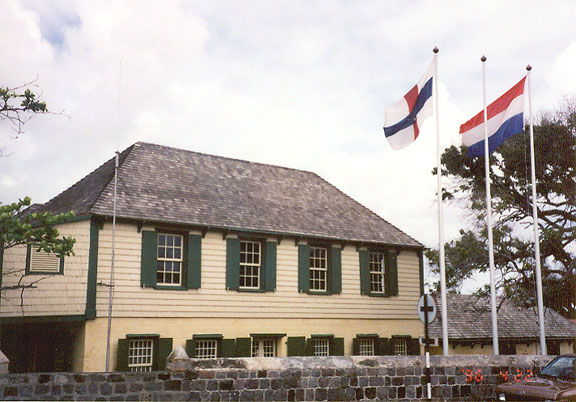 another view of government house 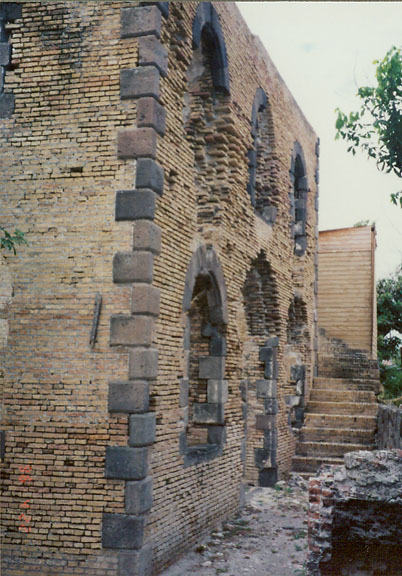 ruins of the old synagogue 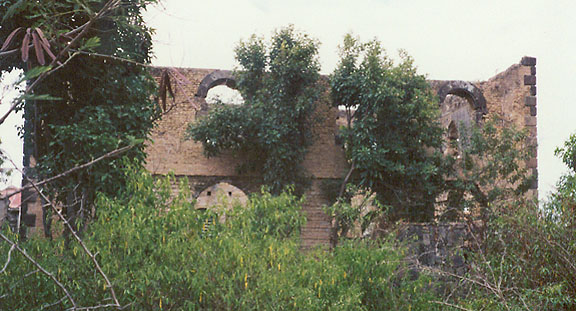 now hidden by the vegetation 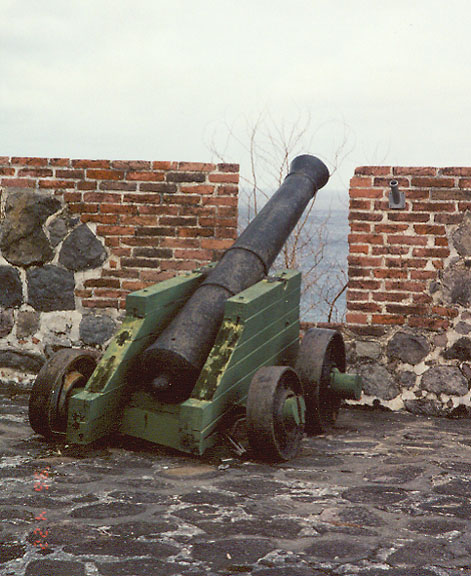 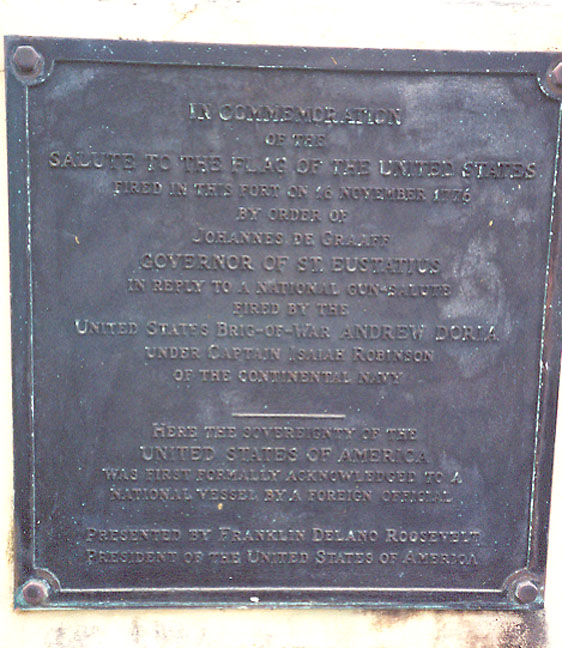 where the U.S. flag was first recognized
by a foreign nation 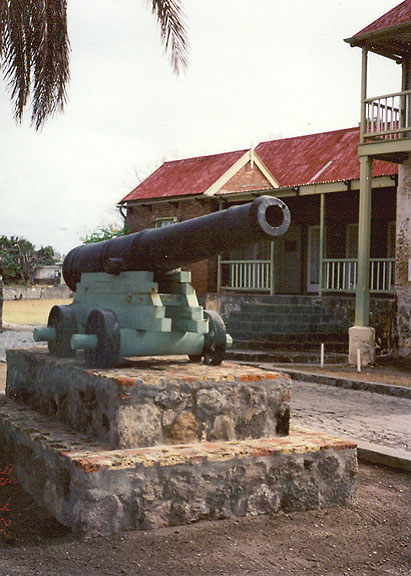 cannon in front of the Museum 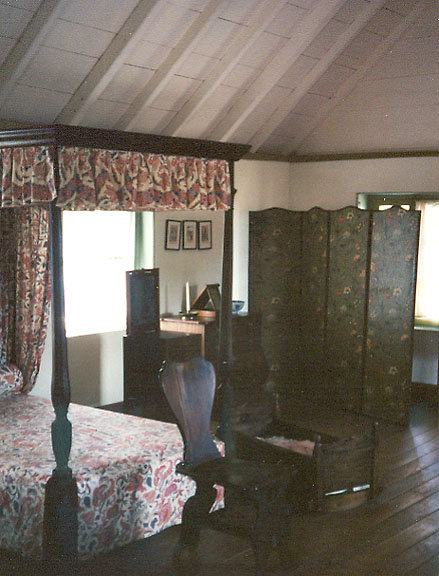 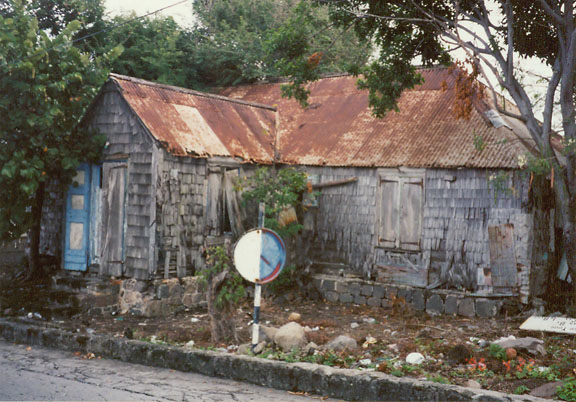 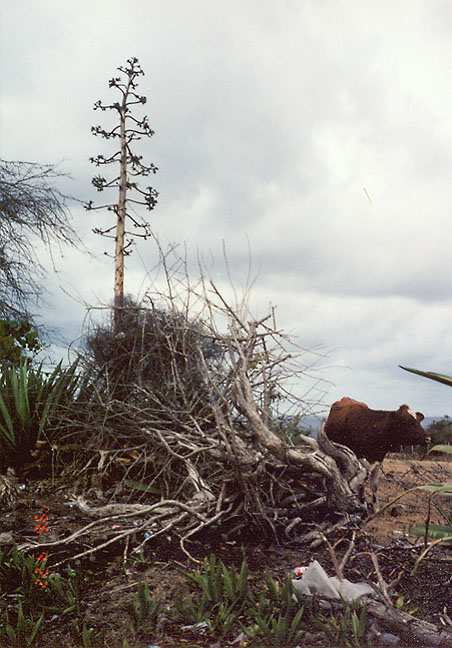