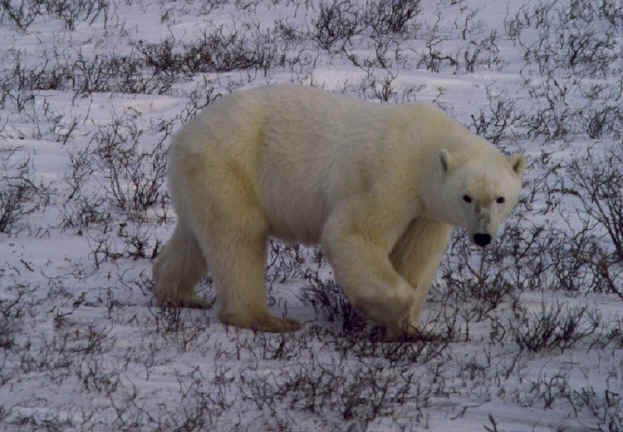 , common name for a white bear found on the sea ice of the Arctic throughout the North Polar basin. The only marine bear, it is longer than other bears and streamlined for aquatic life. It has the plantigrade feet (heel and sole touching the ground) typical of bears, with five sharp, curved claws on each foot for grasping the ice and holding its prey. Long hair between the pads protects the bear's feet from the cold and provides traction on the ice. Stiff hairs on the forelegs, and very broad front feet, help the bear swim. All polar bears are white, although their fur may yellow in the summer. 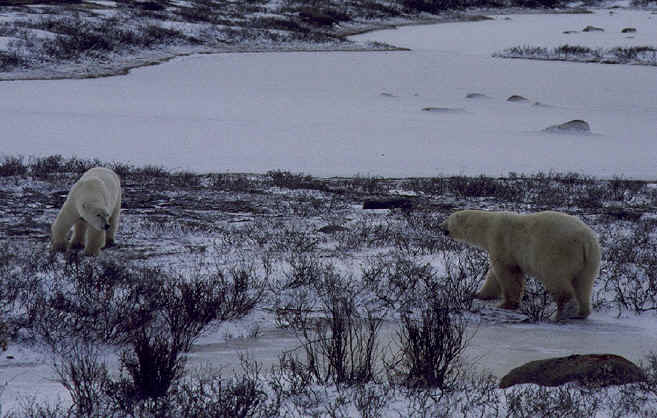 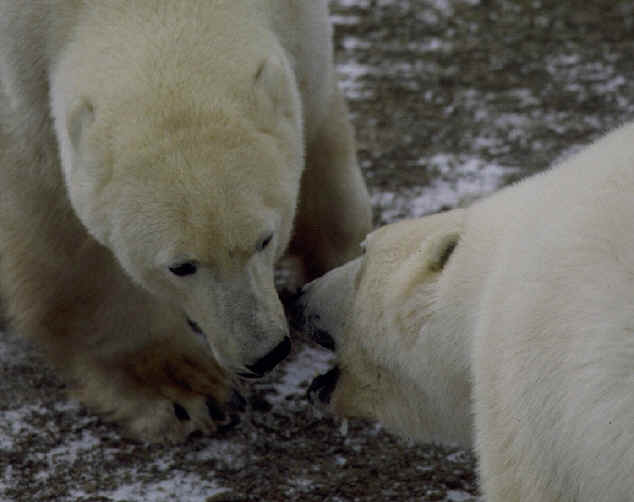 The largest wild bears ever weighed—more than 800 kg (more than 1800 lb)—have been polar bears. However, most male polar bears weigh an average of about 350 kg (about 880 lb), and most females weigh about 250 kg (550 lb). Polar bears have a strong navigational sense, an extremely good sense of smell, and they are unusually clever at solving problems in order to obtain food. They eat primarily ringed seals, and occasionally bearded seals, walruses, or white whales. They also feed on berries, sedges, mussels, and kelp. 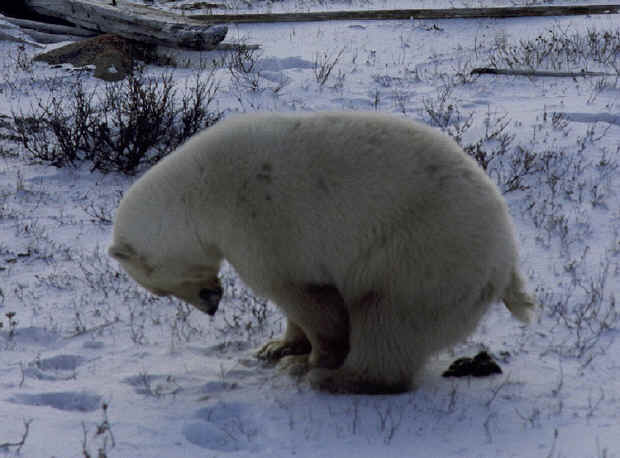 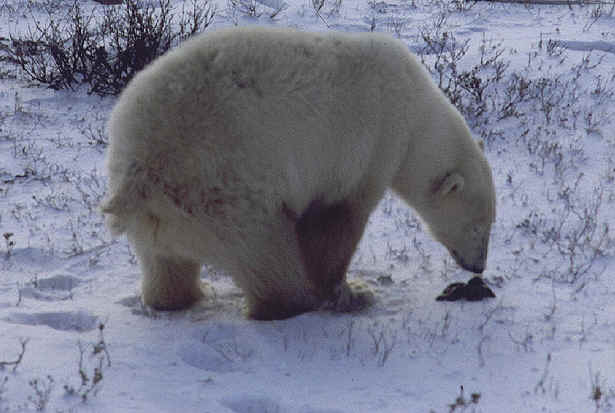 As with other true bears, polar-bear mothers and young form strong bonds. The young are very small when born: about 1 kg (about 2 lb). Their eyes remain closed for about 40 days and they must nurse every few hours. The mother holds them close to keep them warm. Except during the breeding season, male polar bears are solitary and roam over vast expanses of sea ice while hunting. During the breeding season (May to June), the males fight furiously over females. Both the male and female may mate with other individuals as well. 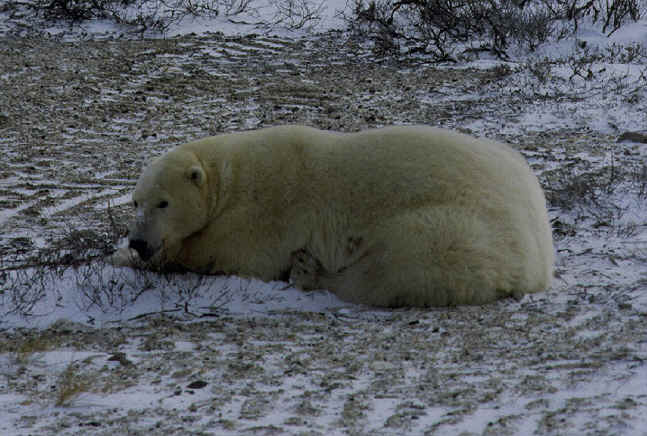 Polar bears have little interest in other Arctic species, and they often ignore people entirely. Polar bears are hunted extensively in Canada and Greenland, and less so in Russia and Alaska. They are protected in Svalbard, Norway. Polar-bear populations are relatively secure because few people share their habitat, but shipping and offshore drilling for oil threaten their status. 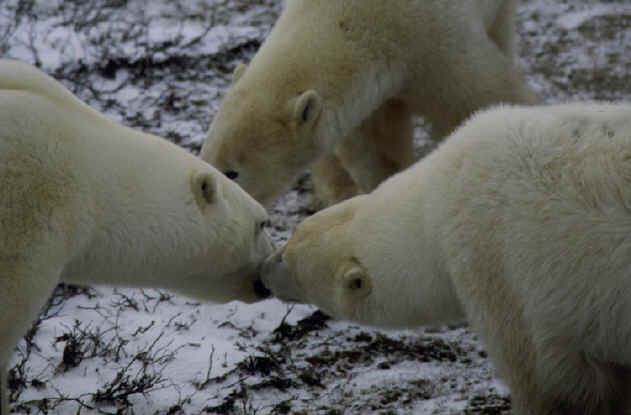 The polar bear belongs to the family Ursidae in the order Carnivora. It is classified as Ursus maritimus. 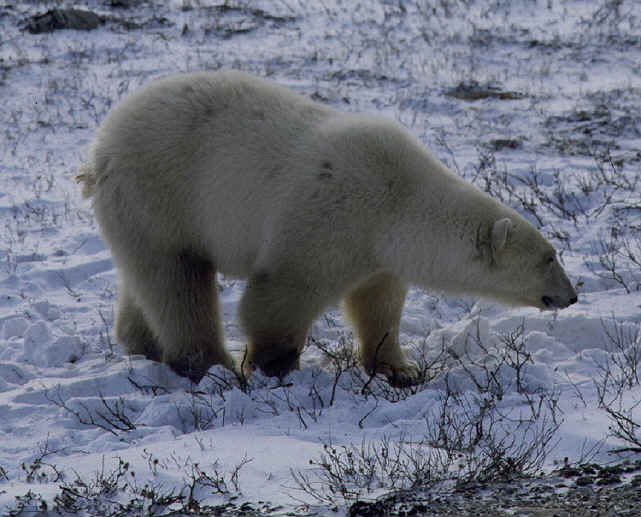