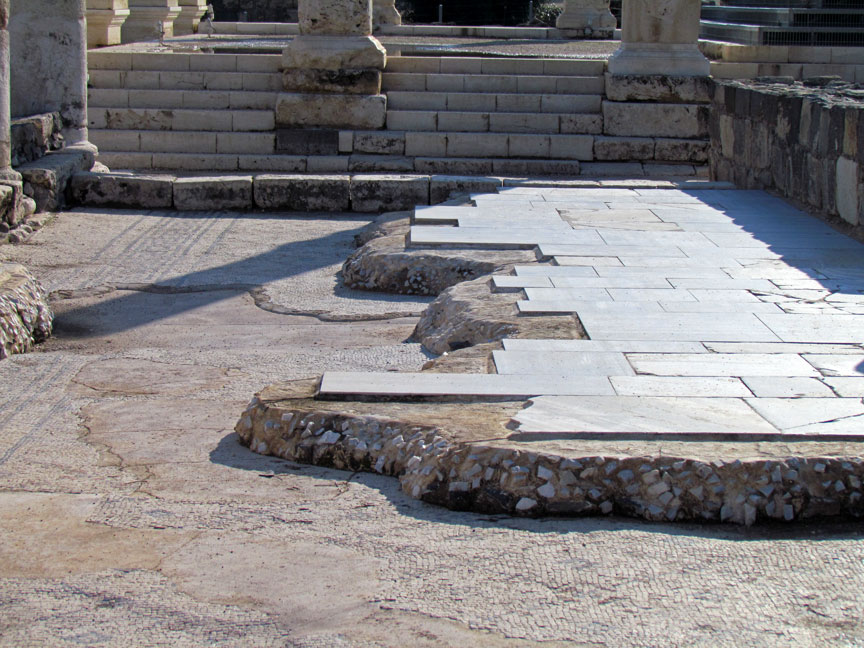 Copious archaeological remains were found dating to the Byzantine period (330 CE – 636 CE) and were excavated by the University of Pennsylvania Museum from 1921-23. A rotunda church was constructed on top of the Tell and the entire city was enclosed in a wall. Textual sources mention several other churches in the town. Beit She'an was primarily Christian, as attested to by the large number of churches, but evidence of Jewish habitation and a Samaritan synagogue indicate established communities of these minorities. The pagan temple in the city center was destroyed, but the nymphaeum and Roman baths were restored. Many of the buildings of Scythopolis were damaged in the Galilee earthquake of 363, and in 409 it became the capital of the northern district, Palaestina Secunda. Dedicatory inscriptions indicate a preference for donations to religious buildings, and many colourful mosaics, such as that featuring the zodiac in the Monastery of Lady Mary, or the one picturing a menorah and shalom in the House of Leontius' Jewish synagogue, were preserved. A Samaritan synagogue's mosaic was unique in abstaining from human or animal images, instead utilizing floral and geometrical motifs. Elaborate decorations were also found in the settlement's many luxurious villas, and in the 6th century especially, the city reached its maximum size of 40,000 and spread beyond its period city walls 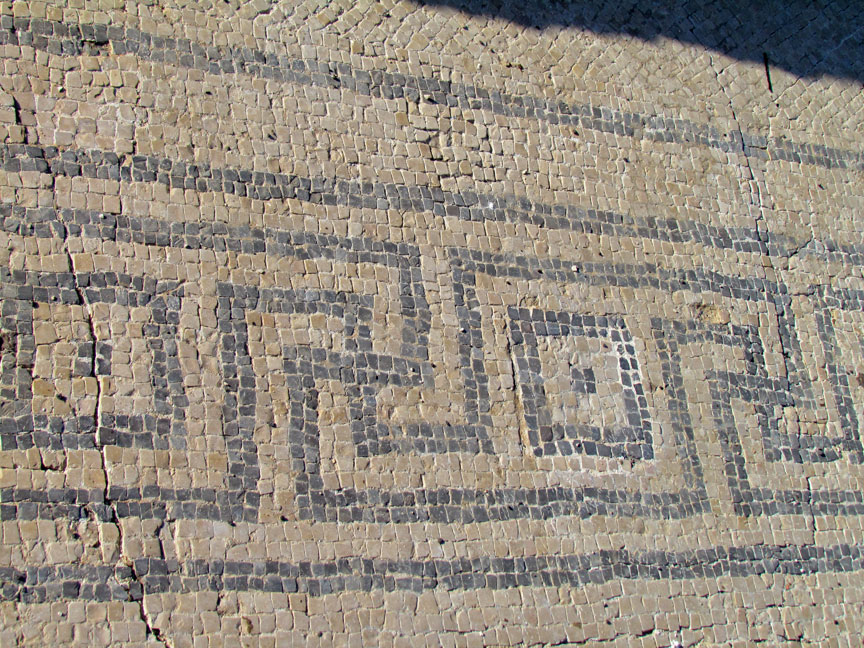 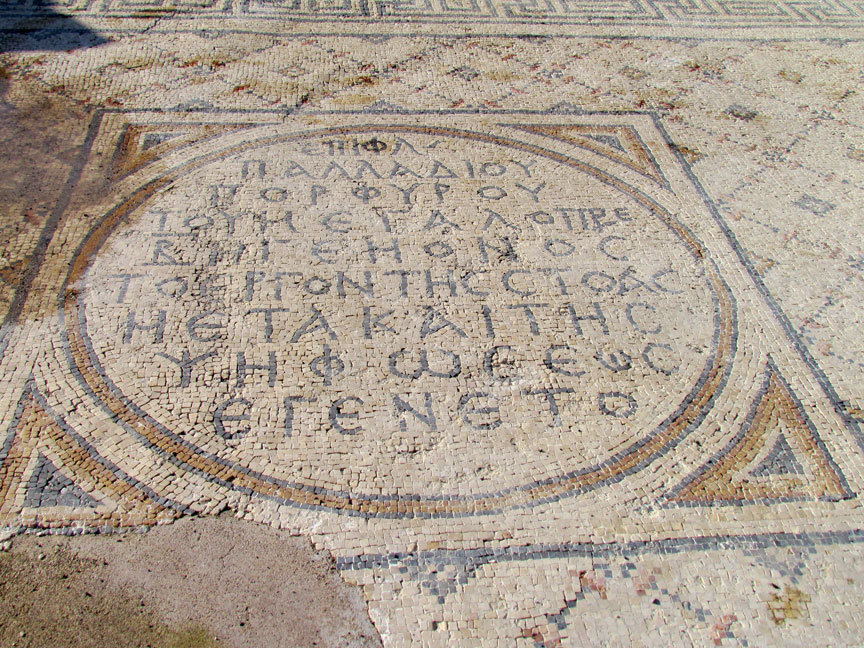 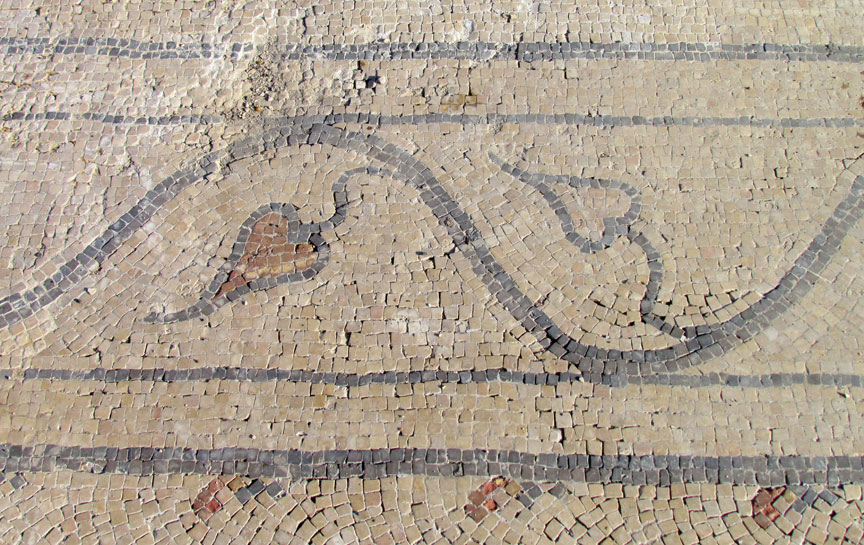 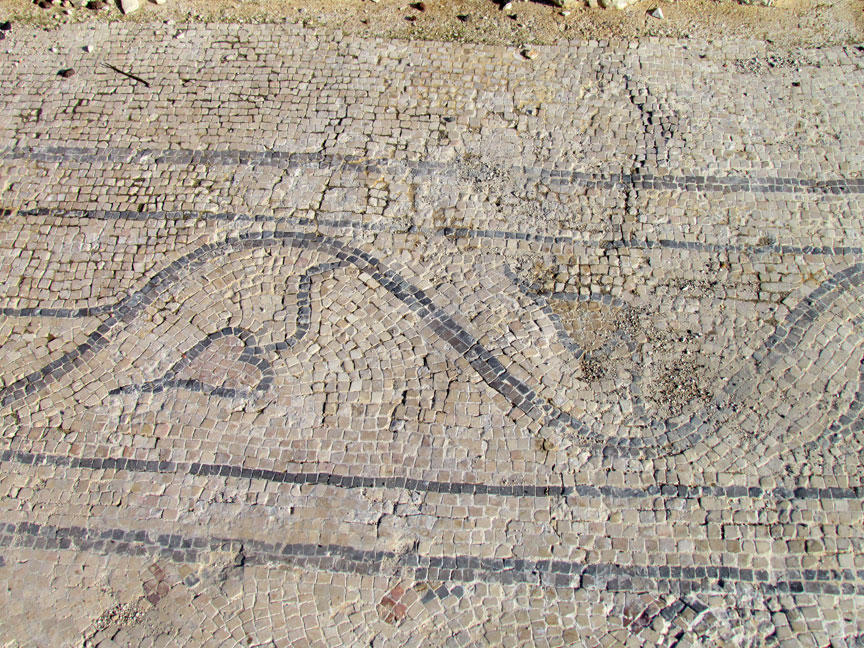 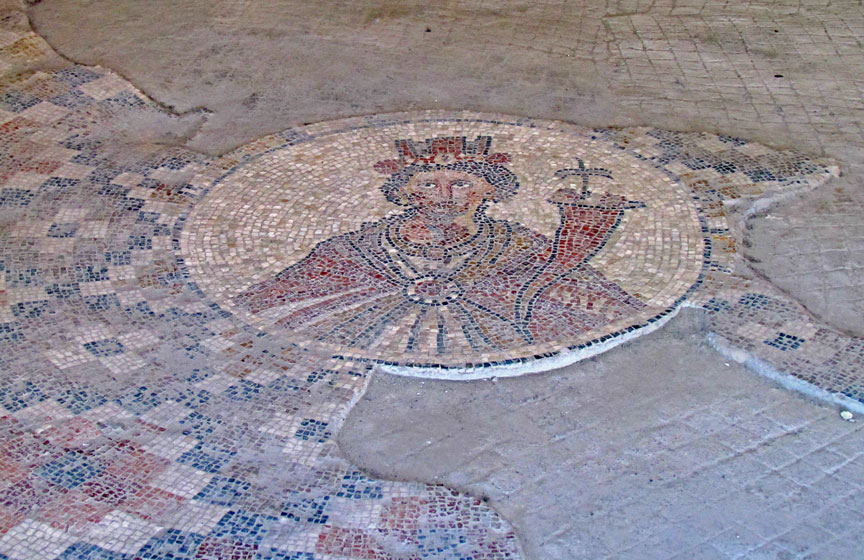 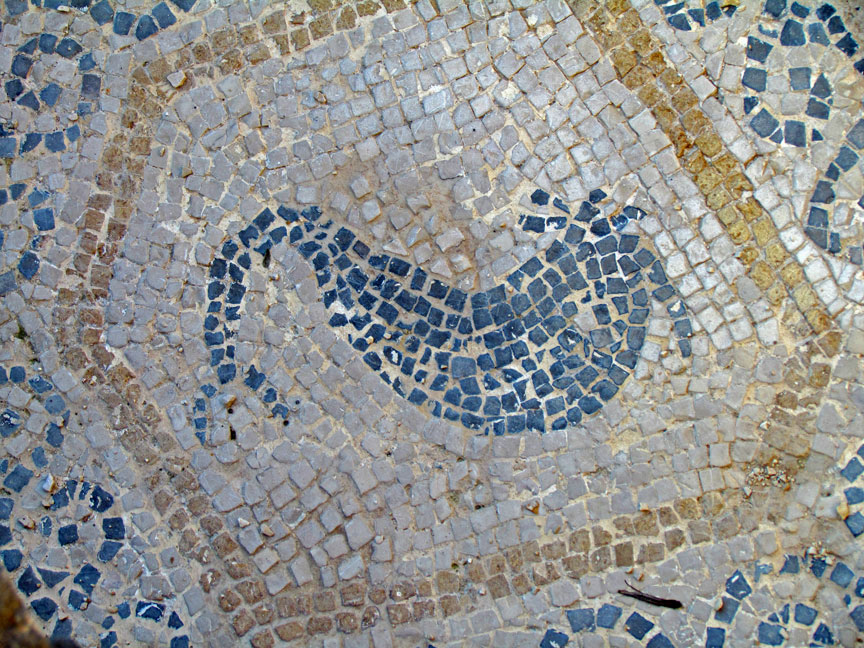