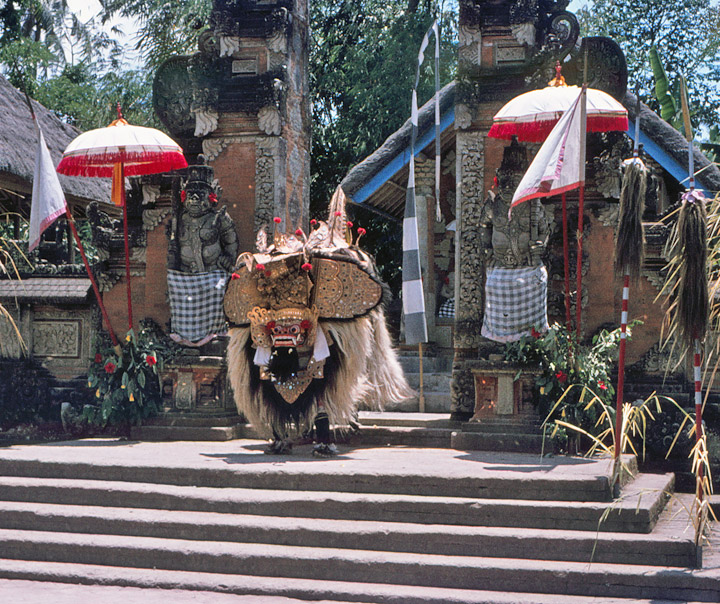 Balinese Hinduism is deeply interwoven with art and ritual, and is less closely preoccupied with scripture, law, and belief than Islam in Indonesia. Balinese Hinduism lacks the traditional Hindu emphasis on cycles of rebirth and reincarnation, but instead is concerned with a myriad of local and ancestral spirits. As with kebatinan, these deities are thought to be capable of harm. Balinese place great emphasis on dramatic and aesthetically satisfying acts of ritual propitiation of these spirits at temple sites scattered throughout villages and in the countryside. Each of these temples has a more or less fixed membership; every Balinese belongs to a temple by virtue of descent, residence, or some mystical revelation of affiliation. Some temples are associated with the family house compound (also called banjar in Bali), others are associated with rice fields, and still others with key geographic sites. Ritualized states of self-control (or lack thereof) are a notable feature of religious expression among the people, who for this reason have become famous for their graceful and decorous behavior. One key ceremony at a village temple, for instance, features a special performance of a dance-drama (a battle between the mythical characters Rangda the witch (representing evil) and Barong the lion or dragon (representing good)), in which performers fall into a trance and attempt to stab themselves with sharp knives. 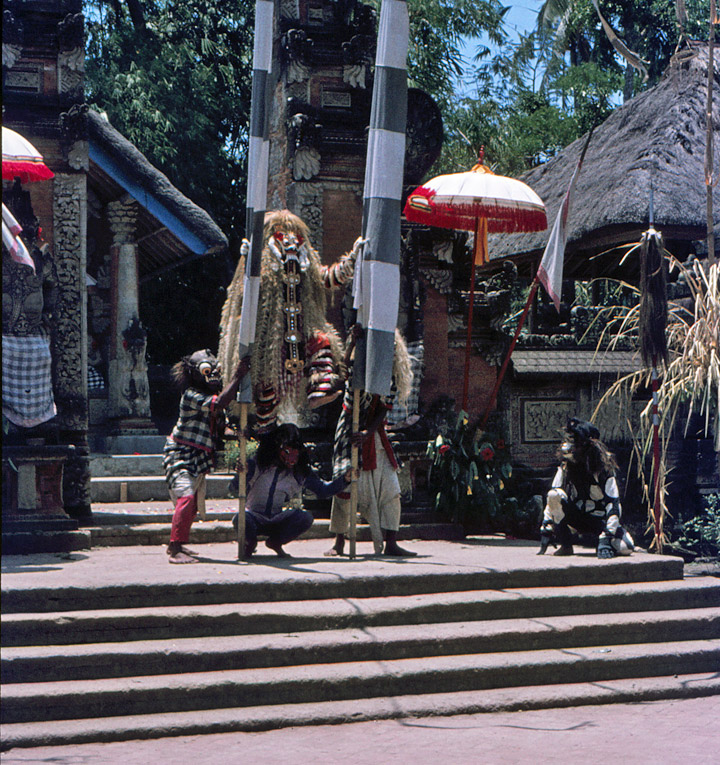 Rituals of the life cycle are also important occasions for religious expression and artistic display. Ceremonies at puberty, marriage, and, most notably, cremation at death provide opportunities for Balinese to communicate their ideas about community, status, and the afterlife. (The tourist industry has not only supported spectacular cremation ceremonies among Balinese of modest means, but also has created a greater demand for them.) 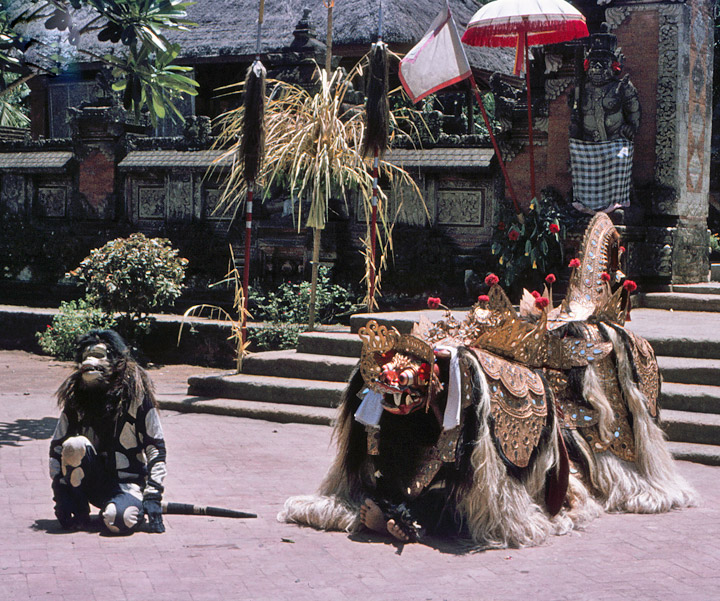 A priest is not affiliated with any temple but acts as a spiritual leader and adviser to individual families in various villages scattered over the island. These priests are consulted when ceremonies requiring holy water are conducted. On other occasions, folk healers or curers may be hired. 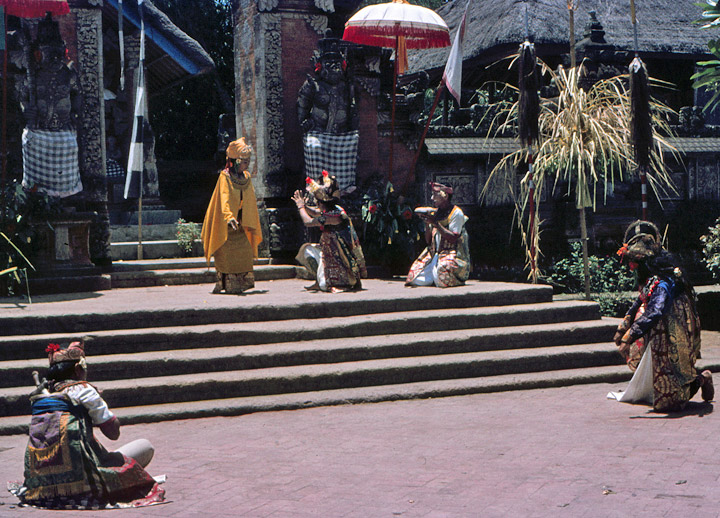 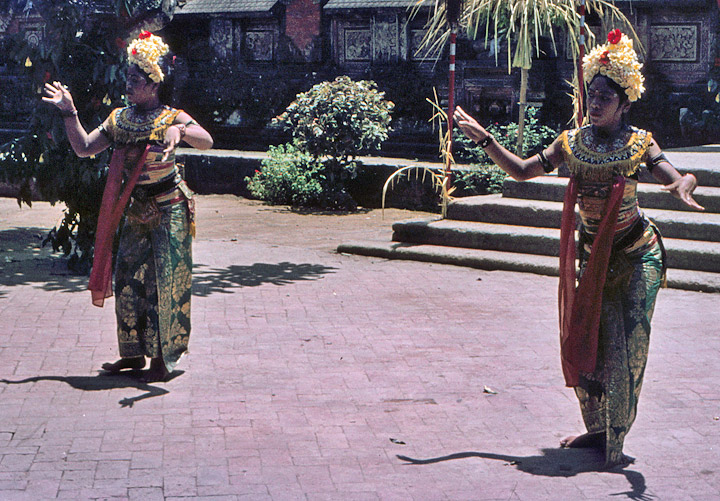 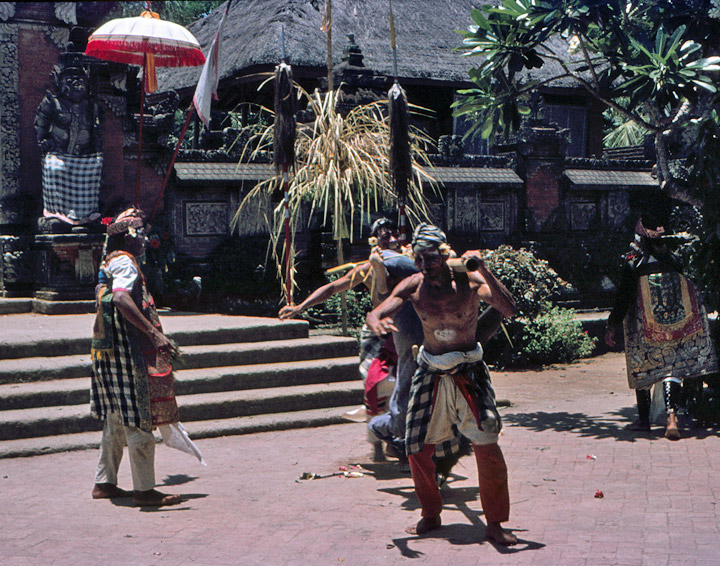 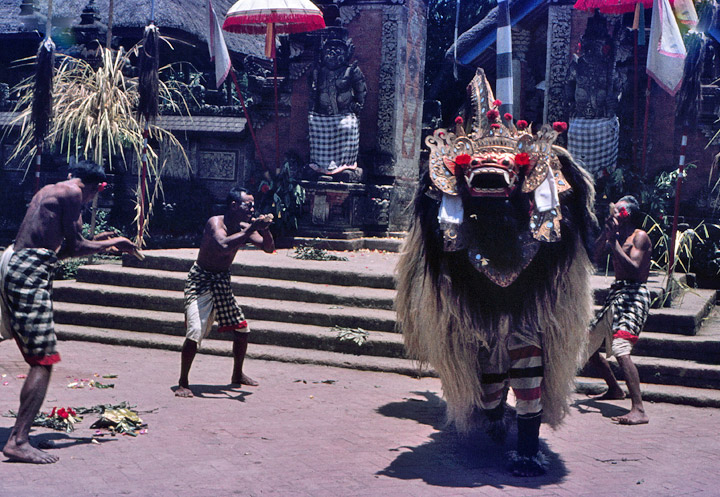 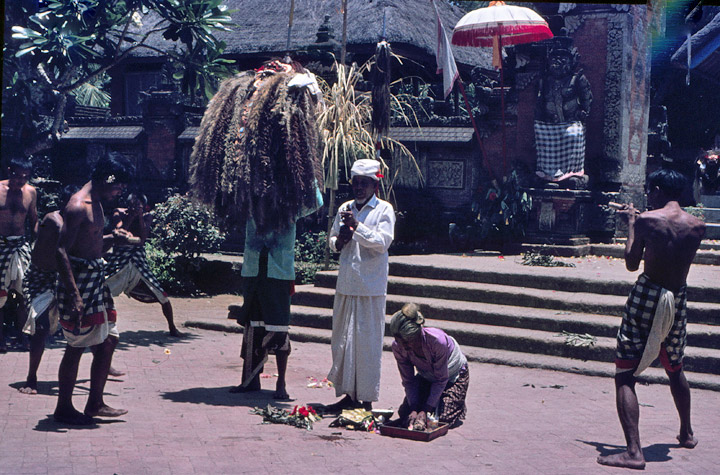 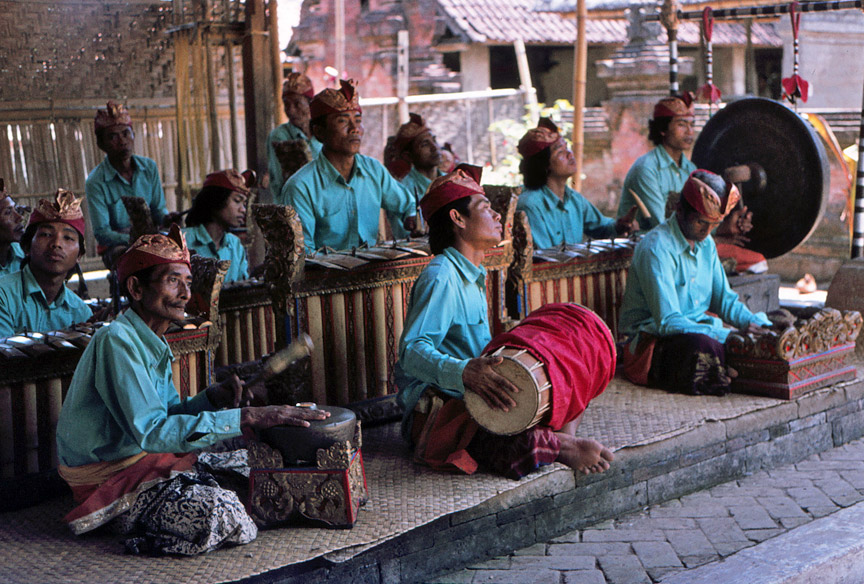