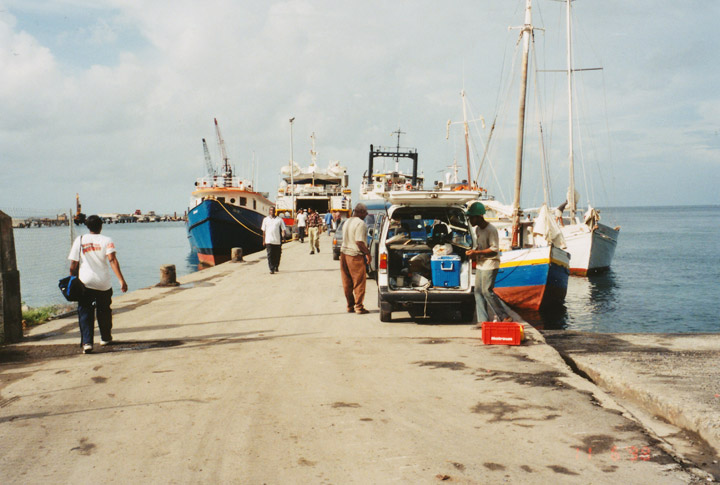 Bequia ( pronounced beck-way ) is the second largest island in the Grenadines. It is part of the nation of Saint Vincent and the Grenadines, and is approximately 15 km from the nation's capital, Kingstown. 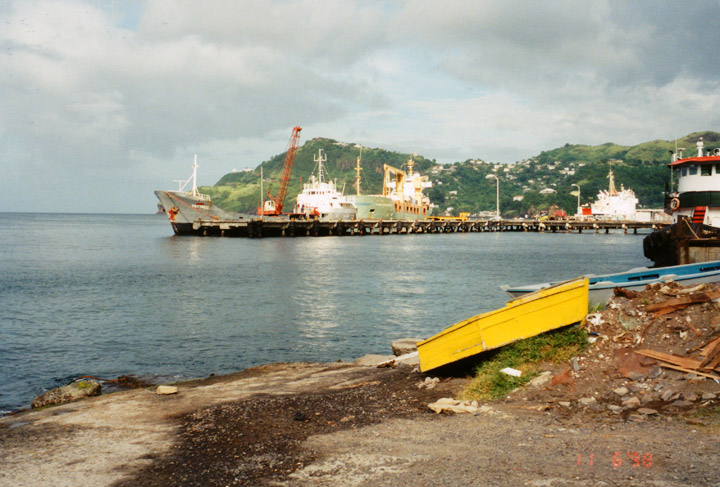 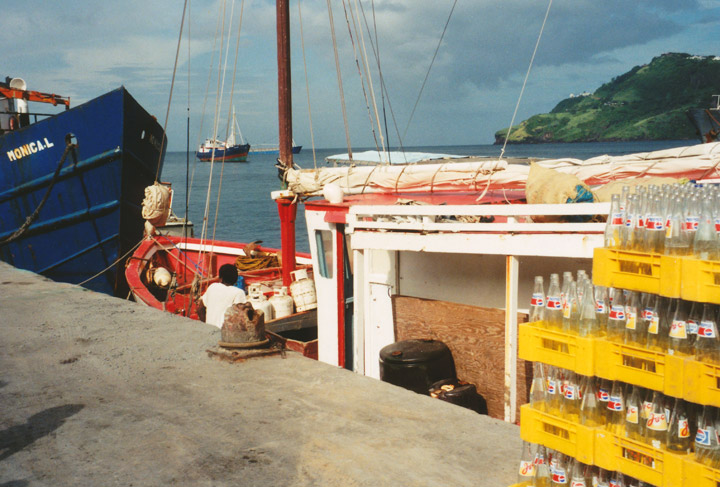 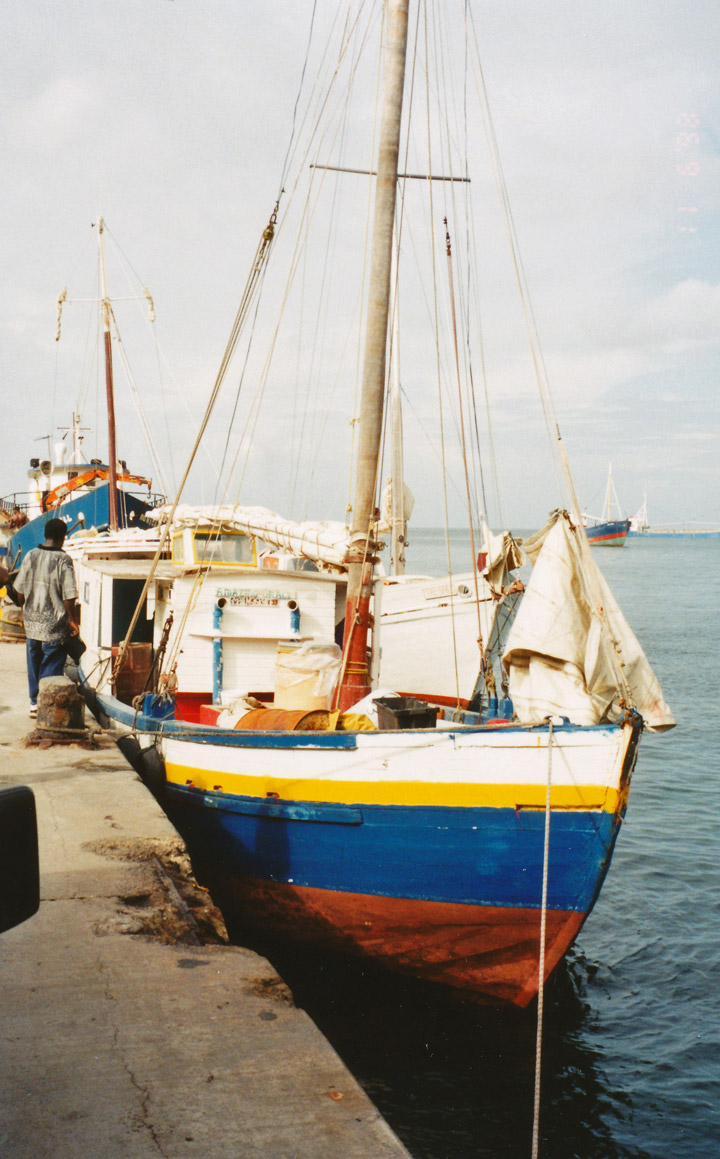 The total population is about 4.300, the native population being primarily a mixture of people of African, Scottish and Carib Indian descent. The island is very small, measuring some 7 square miles. The main population areas are Port Elizabeth and Paget Farm which host the Ferry Terminal and Airport respectively. 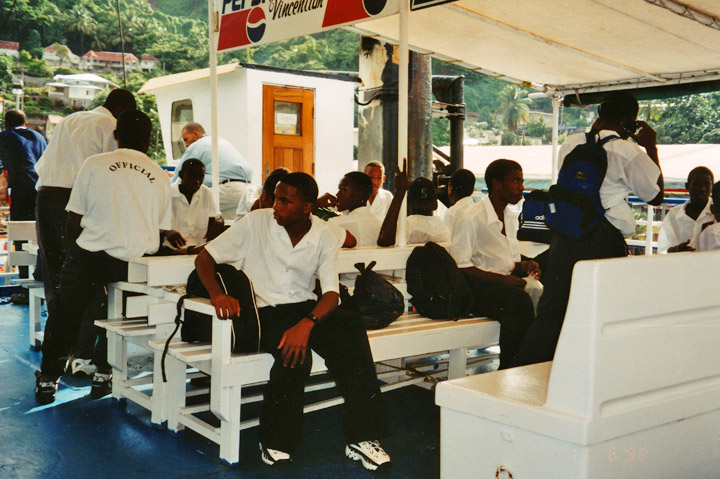 Other prominent areas of Bequia include Spring, site of a former coconut plantation and home to agricultural animals, Industry Bay and Lower Bay. 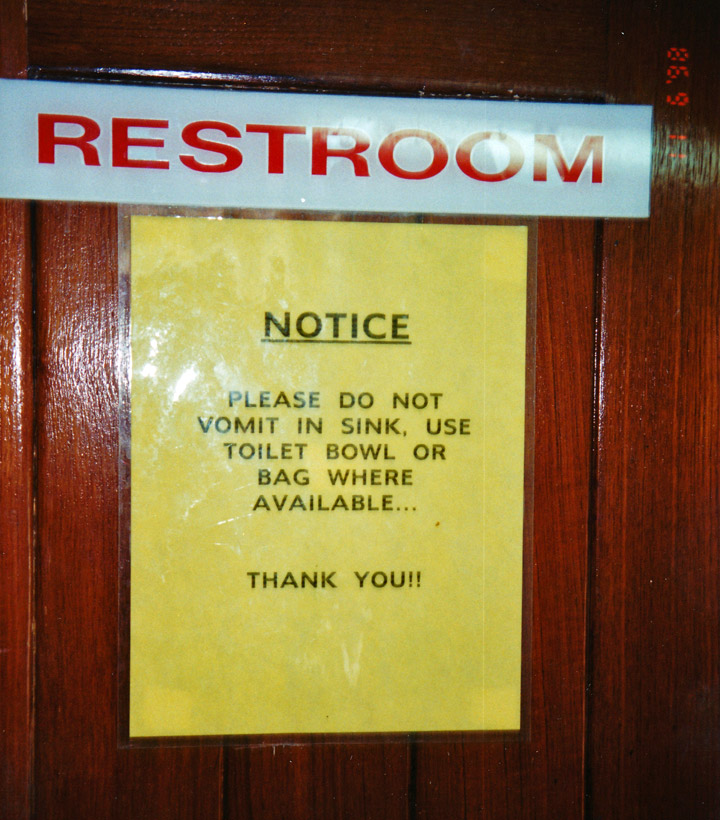 Bequia means "island of the clouds" in the ancient Arawak. The islands name was also 'Becouya' as part of the Granadilles. 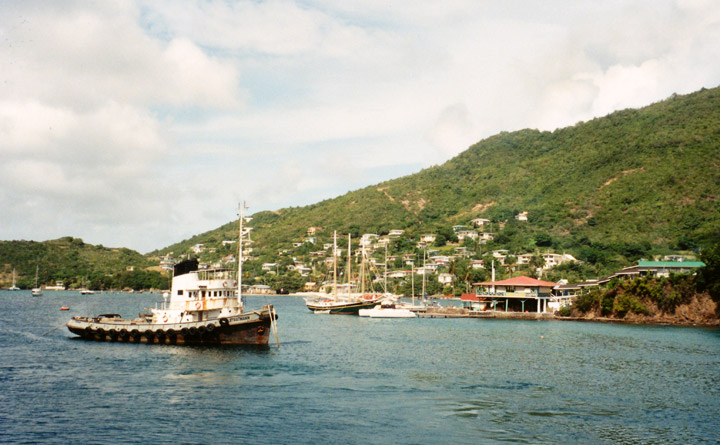 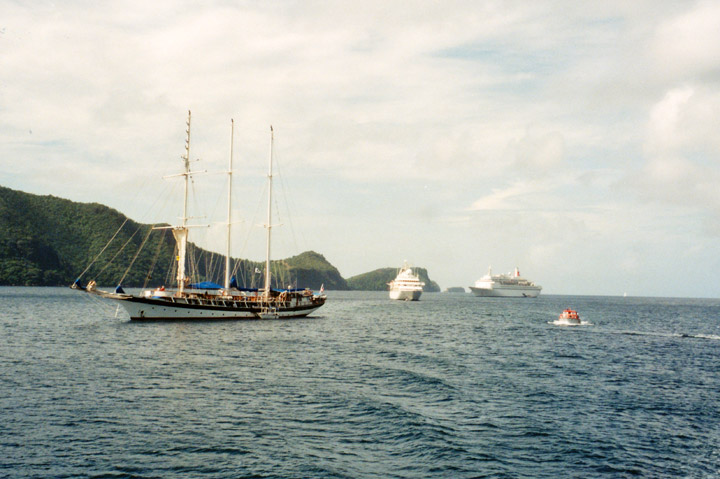 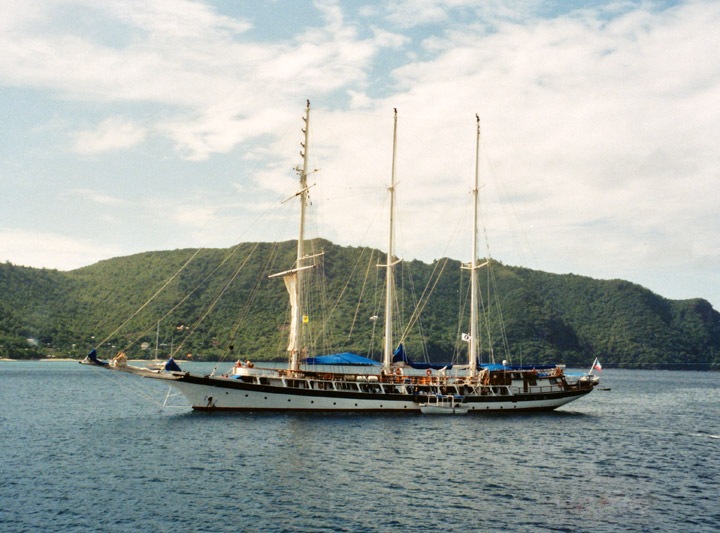 The islands' unofficial anthem is considered to be 'Only in Bequia', by island native Raphael "Socony" Holder. 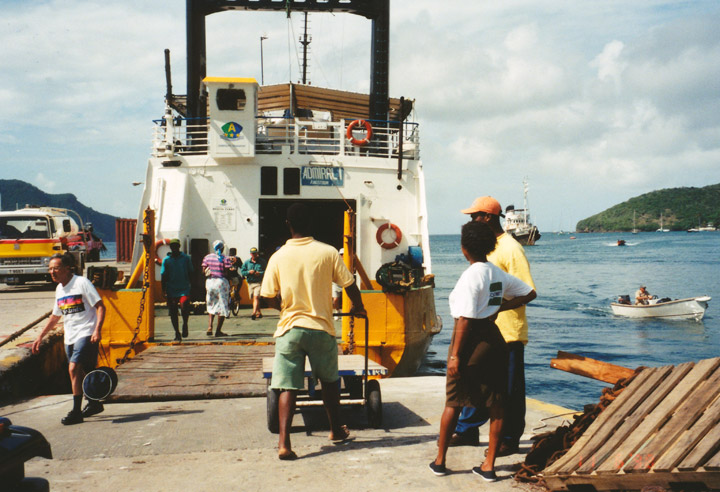 The island's hills are much lower than the peaks of St. Vincent, 10 miles to the north, so they do not receive as many rain showers. 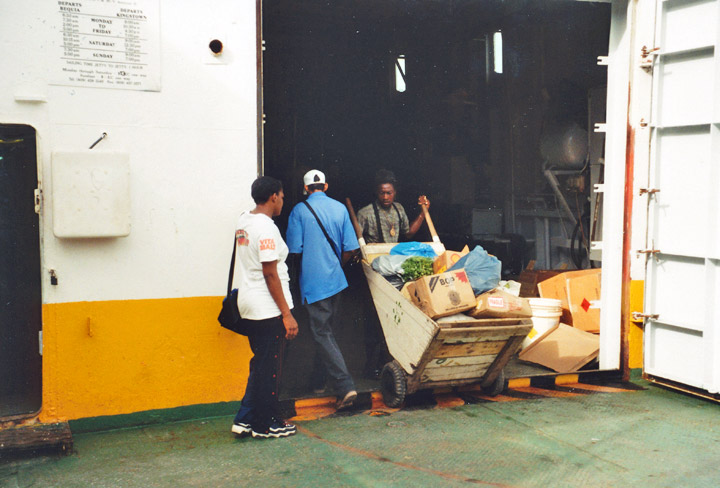 The main port Admiralty Bay, a large natural harbor, and the "town" Port Elizabeth are situated on the west coast. 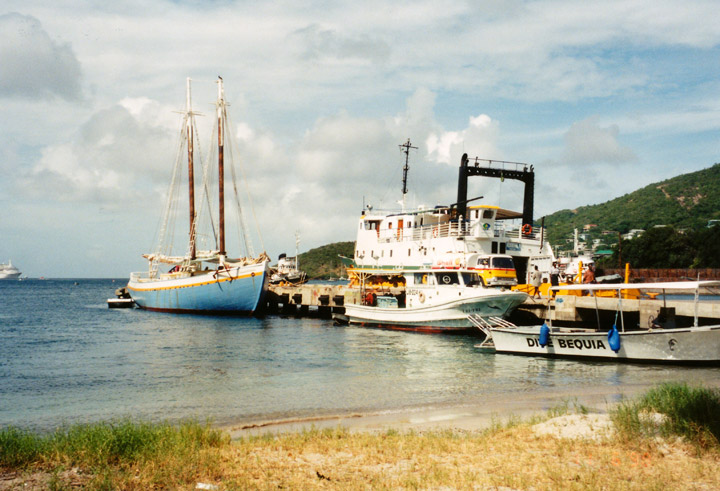 Bequia is popular among cruising yachts, expats and vacationers. One of the busiest times of the year being the annual Easter Regatta. 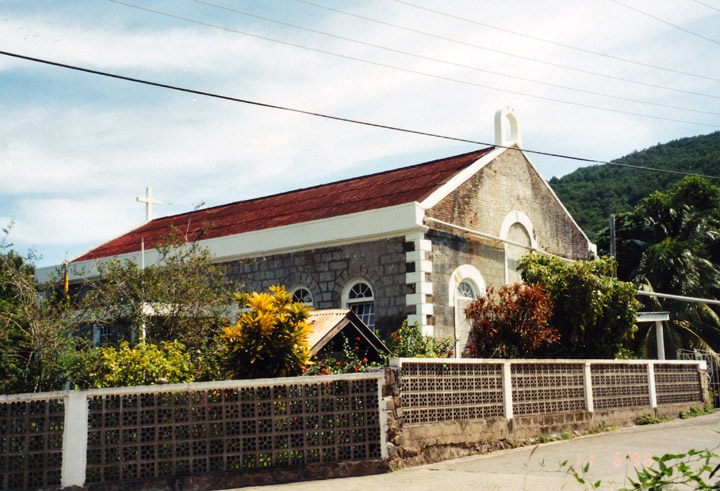 Two Scuba diving stores run dive trips to the fourteen or so dive sites around Bequia. There are several wrecks accessible to advanced divers. It is not unusual to see Hawksbill turtles, lobsters, moray eels and many kinds of fish when diving Bequia. 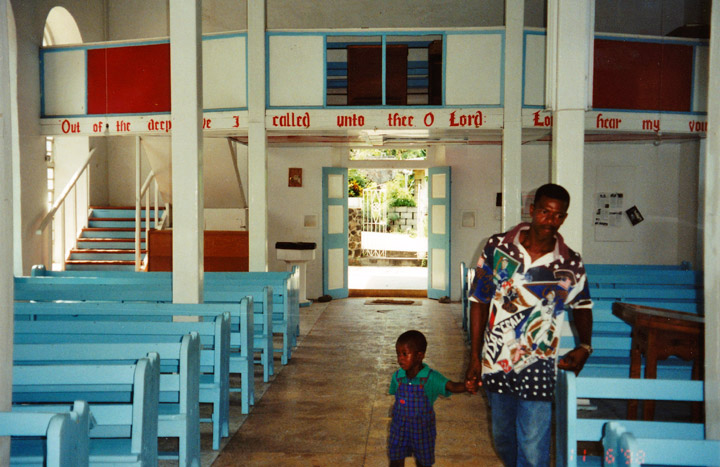 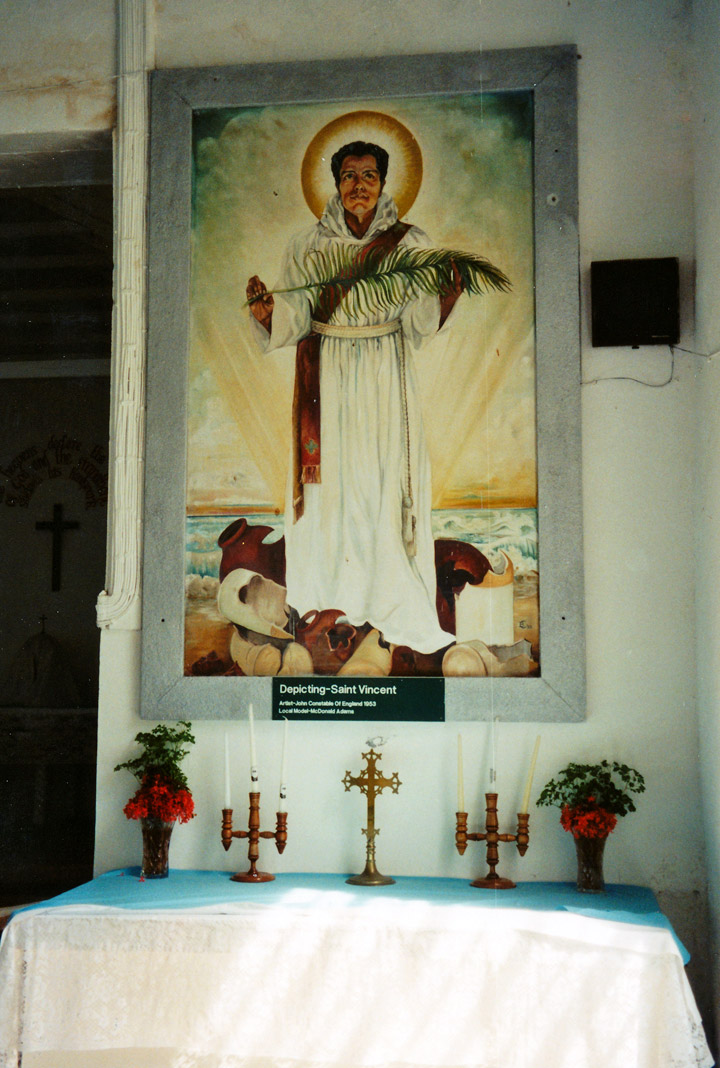 After the Treaty of Utrecht that settled peace between the Spanish and British empires, Great Britain obtained the lucrative monopoly over the Aciento slave trade. Runaway and shipwrecked slaves inhabited the island of St. Vincent in the 1600s and according to an early account of the French Antilles, to which Bequia was considered as being part of Grenada, Bequia was too inaccessible to colonize and Caribs or Arawaks used the island for fishing and some cultivation. A few Portuguese and Dutch slave ships on route to Statia island from West Africa reportedly shipwrecked on the Grenadines reefs. Bequia has been under French control in the 1700s and during the war with England allowed their allied Spanish and Dutch ships as to take in fresh supplies and the British were banned. The Treaty of Paris (1763) changed everything. St. Vincent, the Grenadine islands, including Grenada, were given to the British in exchange for Guadeloupe, Martinique and other islands. Petit Martinique's name derives from this era, and so does Petit St. Vincent. In 1779 the French seized the island, despite the Treaty of Paris, and the British regained control soon after. In the early 18th century a healthy sugar industry emerged. Molasses, rum, coffee and indigo were other export products. The island made world fame by its production of Arrowroot. At one point in time, St. Vincent and the Grenadines was the single largest producer of Arrowroot starch in the world. Presently Hairoun and Vincy strong rum are big export products to the European Union. 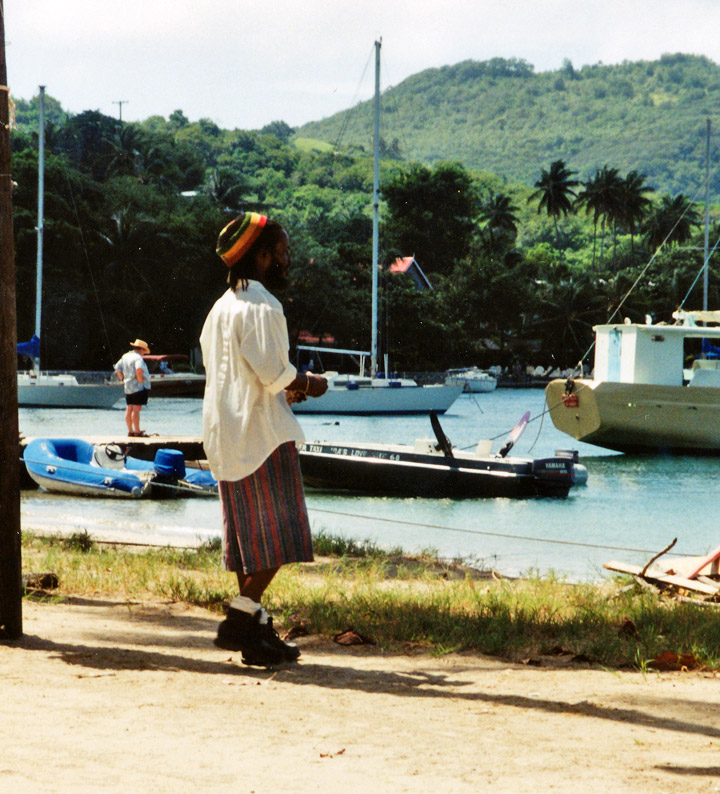 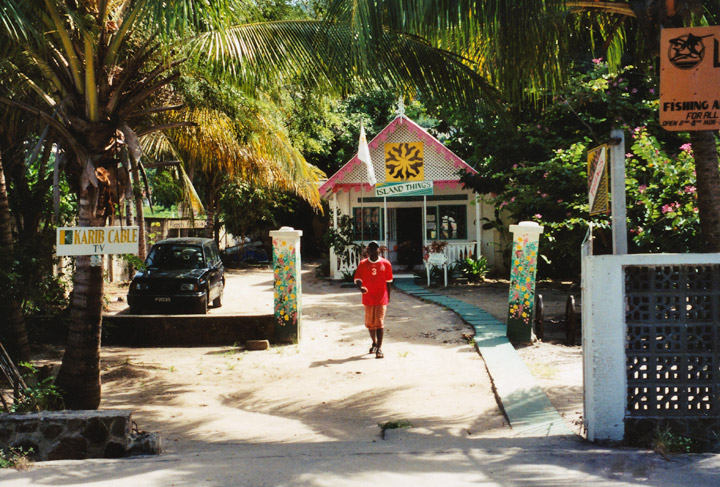 It is said by some historians that the famous Captain Edward Teach had his base here too. The opening shot of the movie Blackbeard, Pirate of the Caribbean, made by the BBC actually displays his first ship off the coast of Bequia in the St. Vincent passage. According to some elder locals on Bequia some years ago, Saint Vincent and the Grenadines was not only Capt. Edward Teach's base, which many decline, but also Sir Francis Drake's passed by from where he planned the famous attacks on the Spanish admiralty in Don Blas de Lezo's Cartagena. John Hawkins and Henry Morgan may also very well have anchored in Admiralty Bay as it was also at that time the safest natural harbour in the Eastern Caribbean as to hide for hurricanes. Also of interest is the fact that Bequia was used as a repair facility for ships. Besides Nelson's Dockyard on Antigua and the carlyle in Bridgetown, Barbados, there were no docks or shipyards in the area. Wooden shipbuilding and ship repair on Bequia was possible due to the presence of Cedar trees on the island and emphasizes the natural bond with the sea and international trade as a whole. 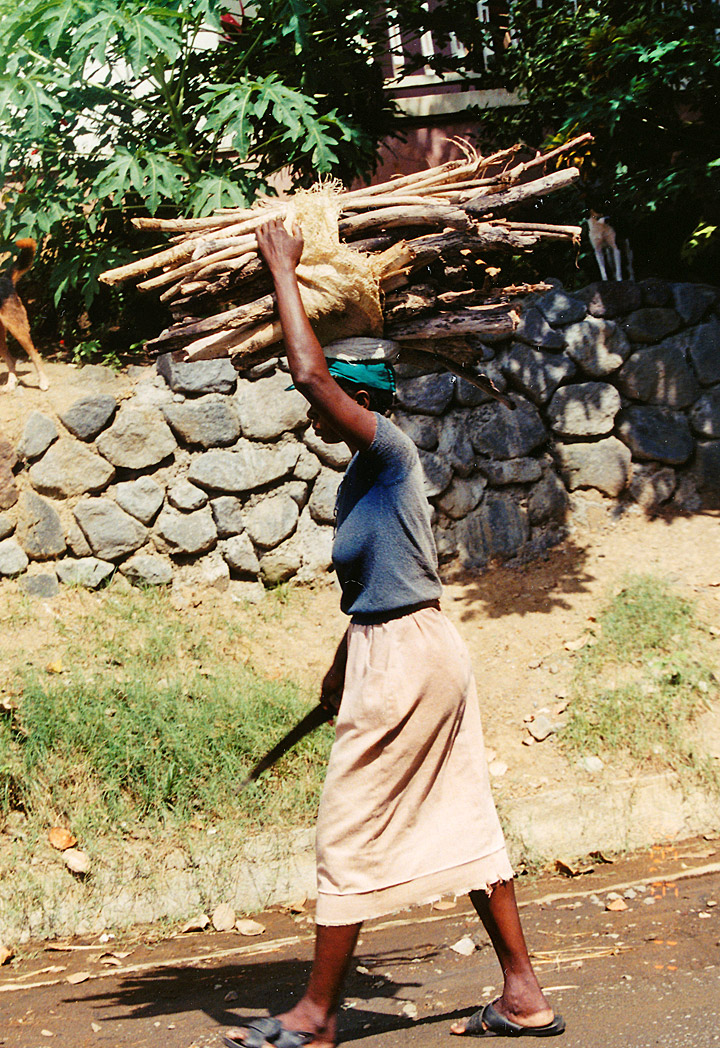 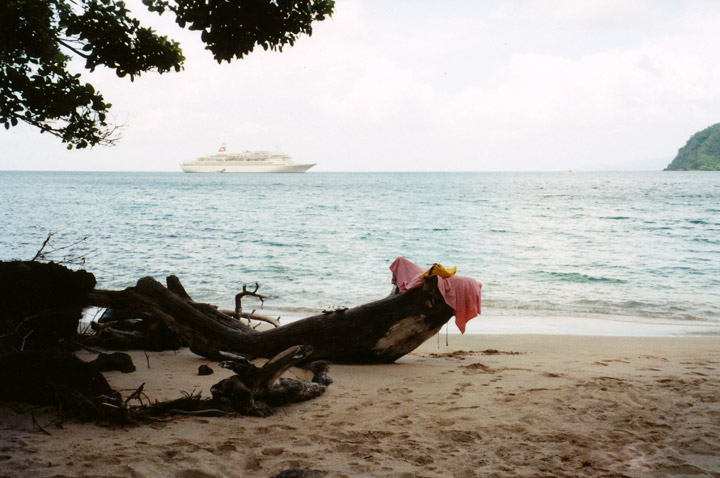 cruise ship off the beach 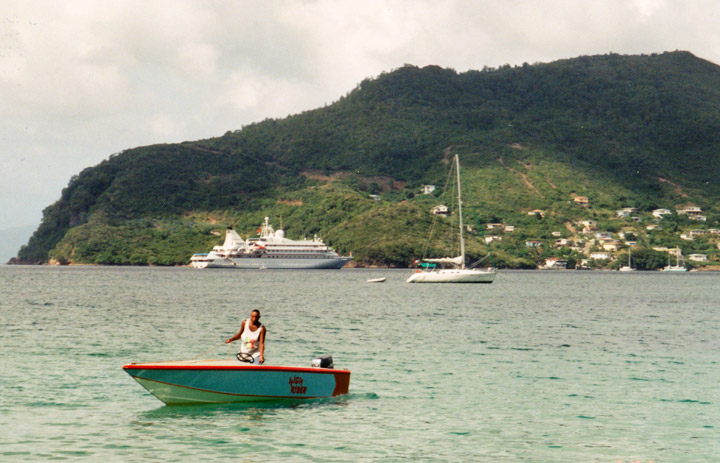 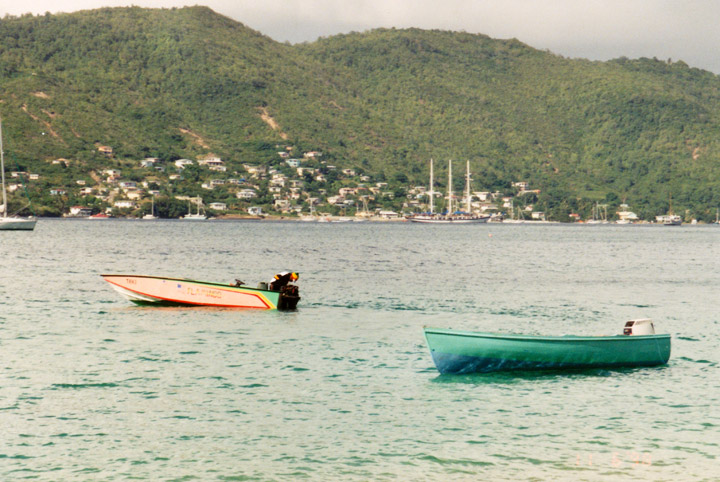 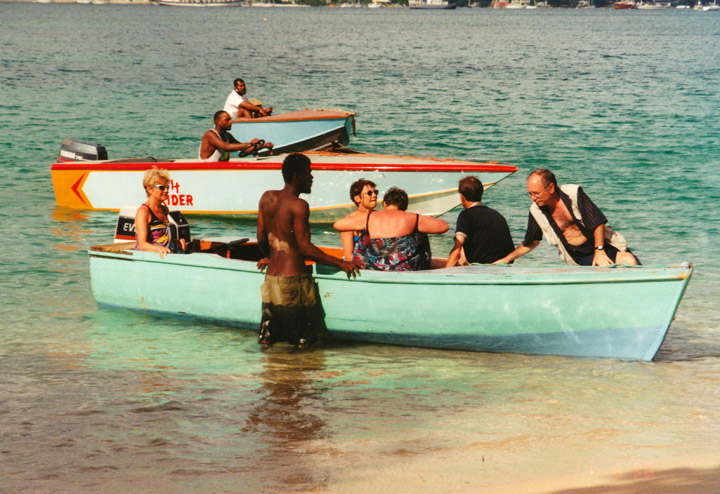 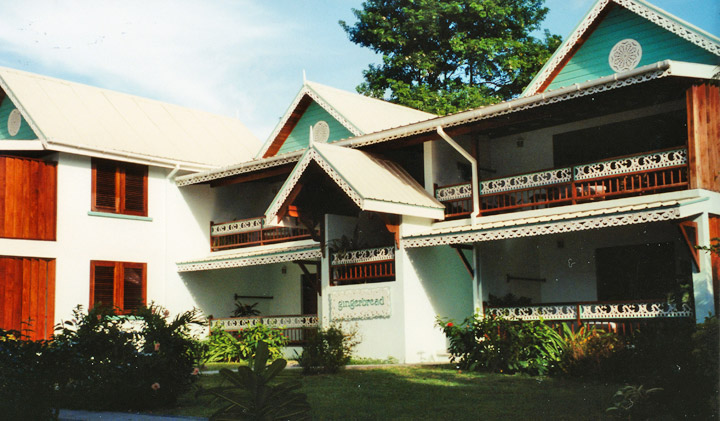 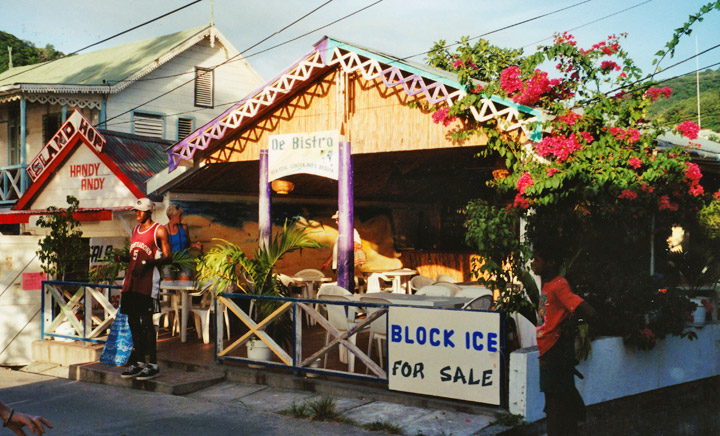 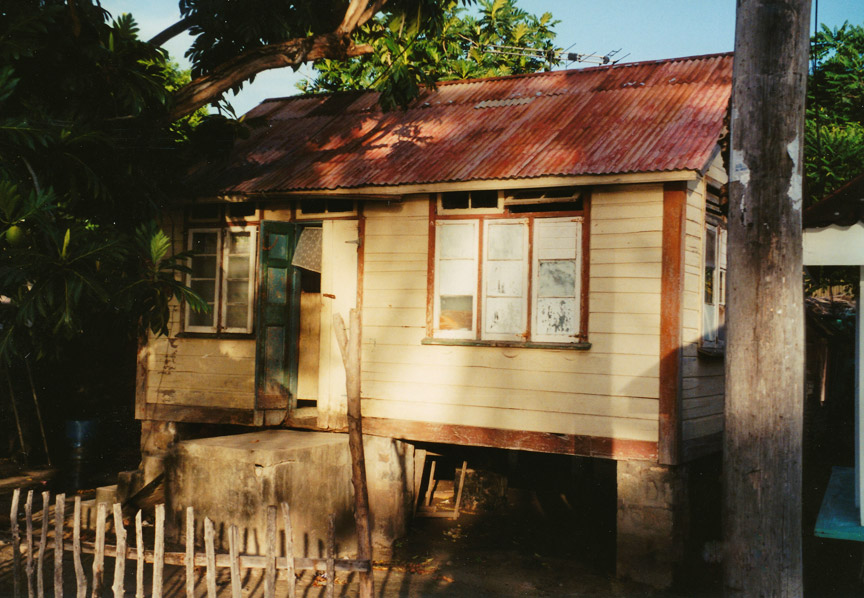 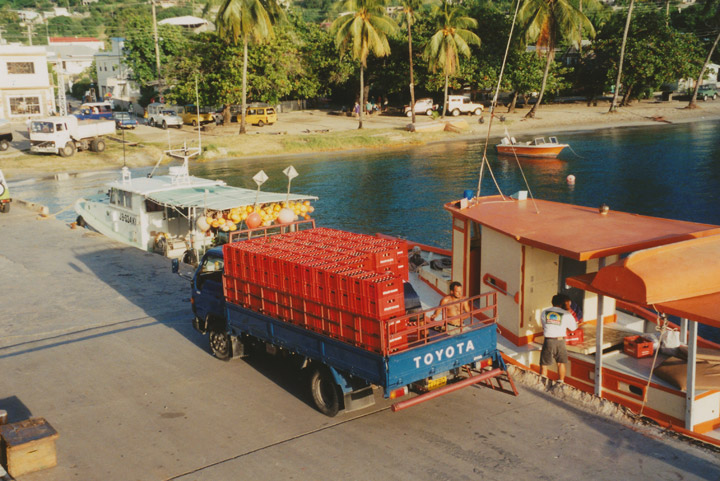 on the dock for return 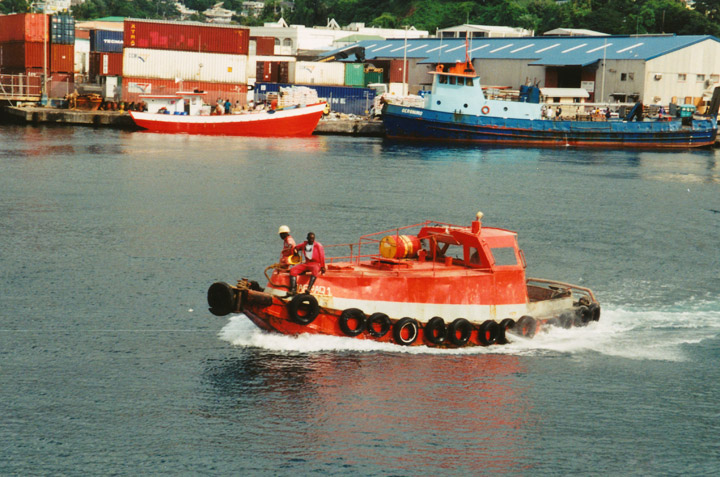 returning to the Kingstown harbor