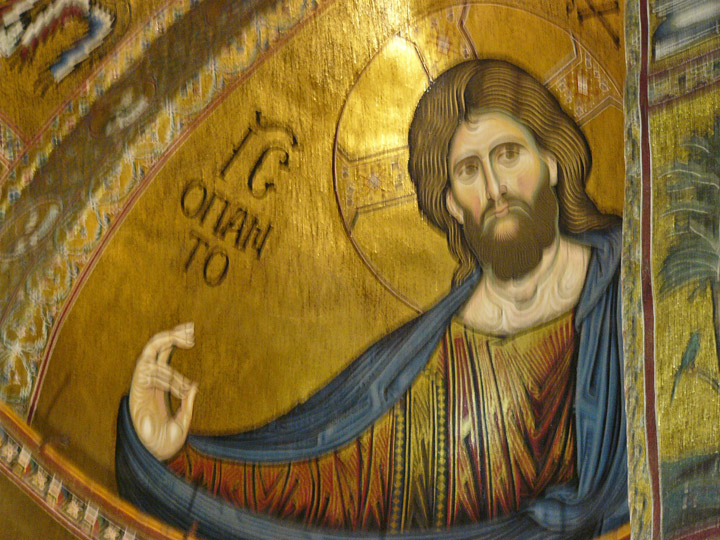 This mosaic from the royal church of Monreale, Sicily (late 12th century) was designed for the apse,

The second major phase of the mid-Byzantine period coincided with the rule of the Comneni dynasty (1081-1185) of emperors. Comnenian art inaugurated new artistic trends that continued into the succeeding centuries. A humanistic approach alien to earlier Byzantine art informs the icon Virgin of Vladimir (circa 1125, Tretyakov Gallery, Moscow). Instead of showing her customary aloofness, the Virgin Mary here presses her cheek against that of her child in an embrace. Comnenian humanism is again encountered in the new theme of the Threnos, the lamentation over the dead body of Christ, rendered with intense pathos in a fresco of 1164 in the church of Nezerine in Croatia. Like the Virgin of Vladimir, the fresco was the work of a Constantinople painter. 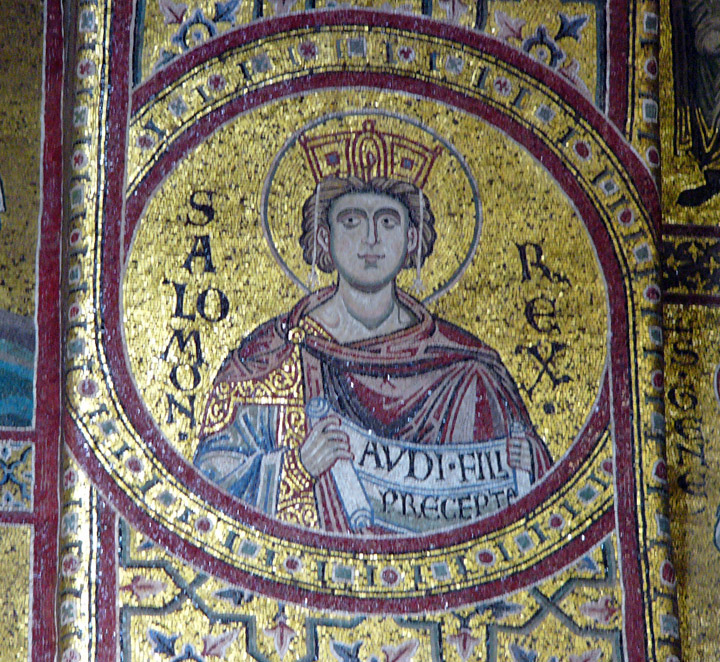 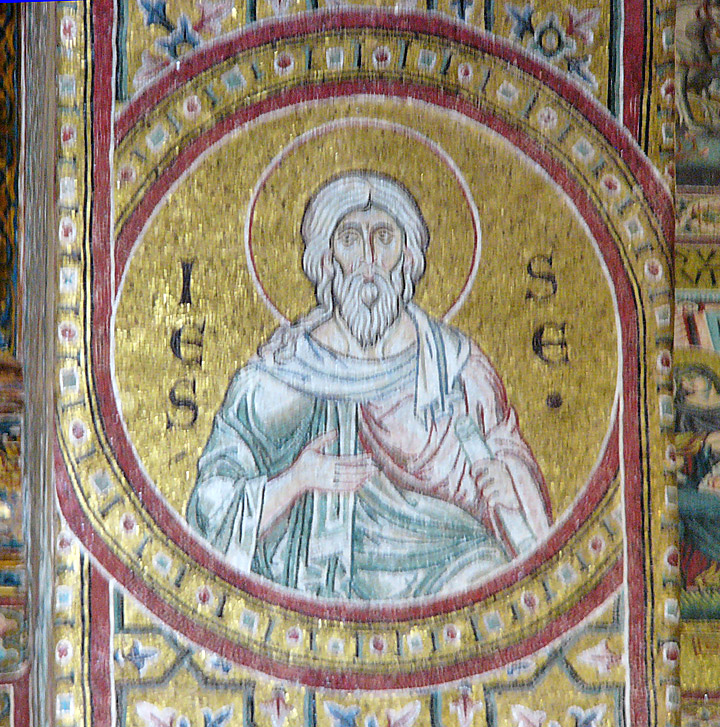 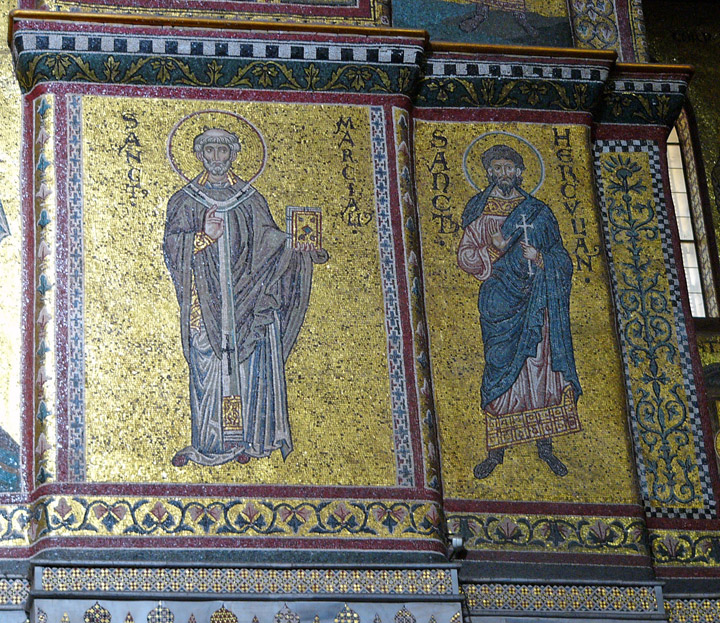 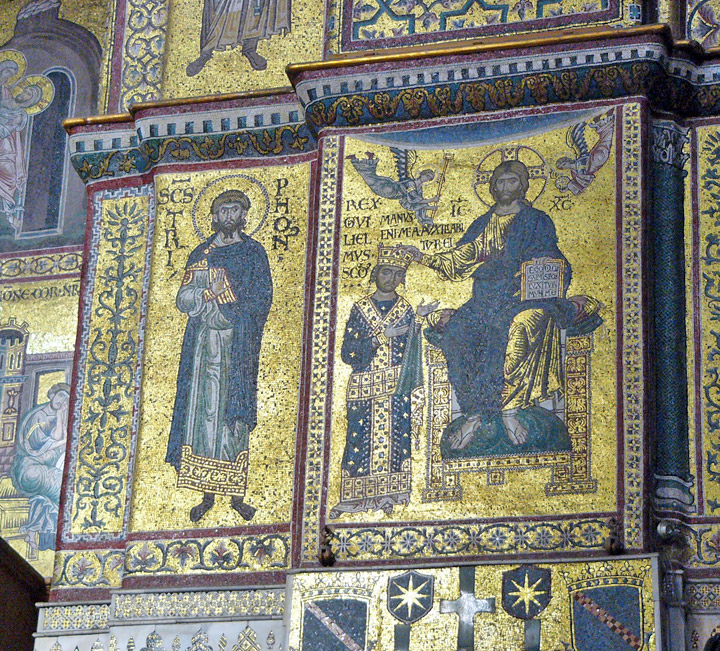 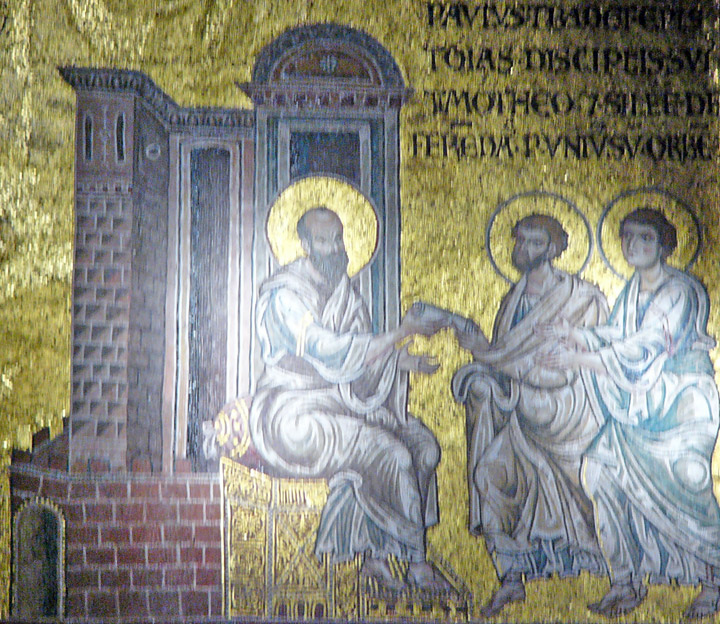 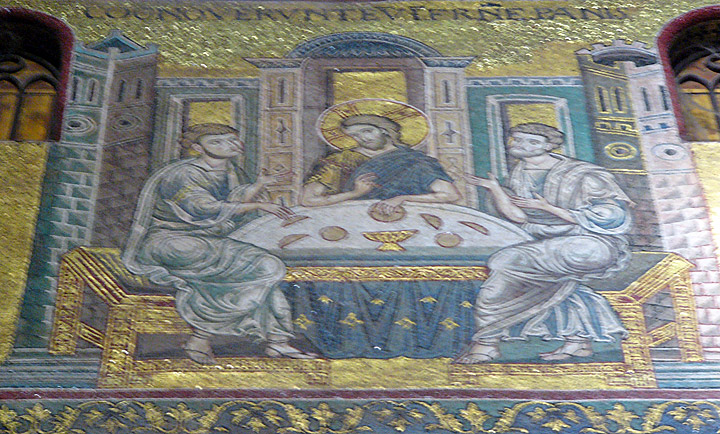 The most extensive series of Comnenian mosaics are those created by Byzantine artists in the large church at Monreale in Sicily, begun in 1174. The mosaic program, however, had to be readapted to the basilica form of the interior. Following a Western precedent, scenes from the Book of Genesis occupy the areas between and above the arches of the long nave arcade. The Sacrifice of Isaac, Rebecca at the Well, and Jacob Wrestling with the Angel, all masterpieces of a new dynamic narrative style, are skillfully adapted to the format of the undulating frieze that continues around and above the arches. Above, in the vast semi dome of the apse, looms a gigantic bust of the Pantocrator.r.

Photos of the Rebecca mosaics 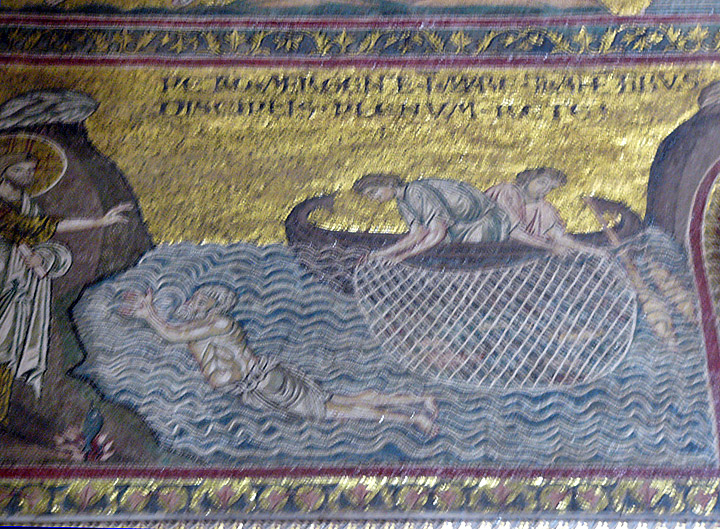 The Sicilian mosaics are but one example among many of the exportation of mid-Byzantine art to regions beyond the much-reduced confines of the empire. Some Byzantine influence can also be detected in the domed churches of western France. During the 11th and 12th centuries Byzantine art and architecture were the norm in the Venetian Republic. The five-domed Church of Saint Mark's (begun c. 1063) was modeled in part on Justinian's cruciform Church of the Apostles in Constantinople. In the Cathedral of Torcello the great panorama of the Last Judgment on the western wall and the lovely standing figure of the Virgin in the apsidal conch are genuine Byzantine creations. The Byzantine style was introduced into Russia in the Cathedral of Hagia Sophia at Kyiv, founded in 1037. The pervasive influence of Byzantine art on Western Europe continued into the 13th century. In the East, however, the mid-Byzantine period came to an abrupt, shocking end in 1204 with the sack of Constantinople by the Crusaders. 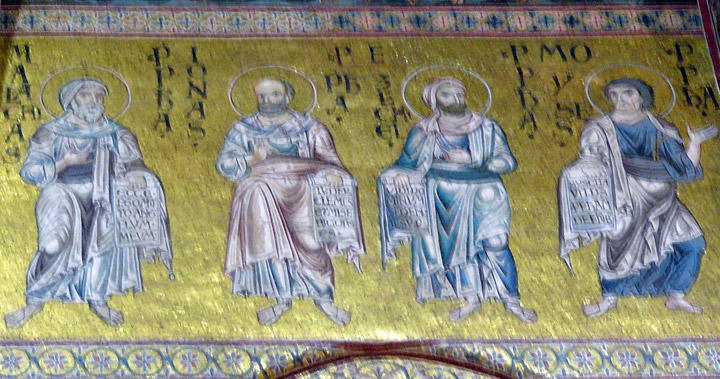 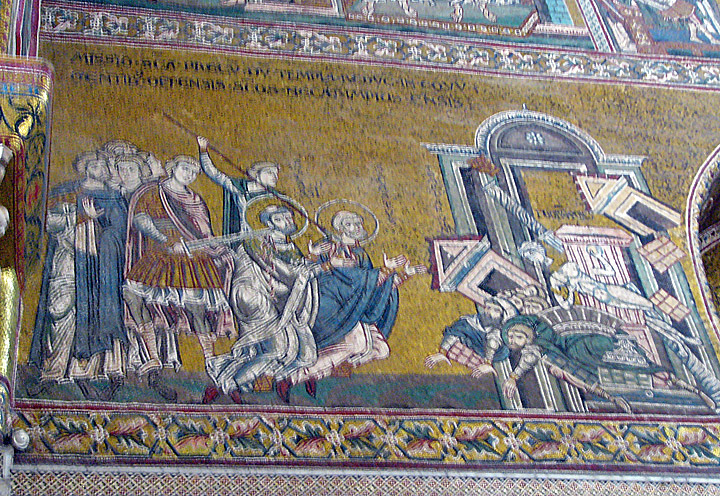 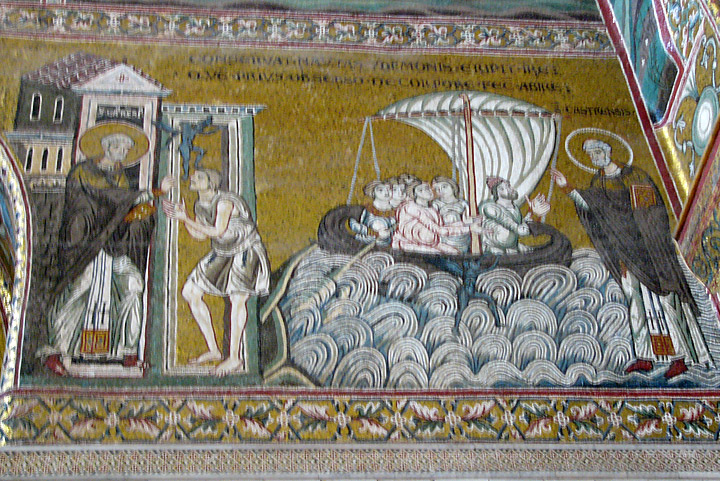 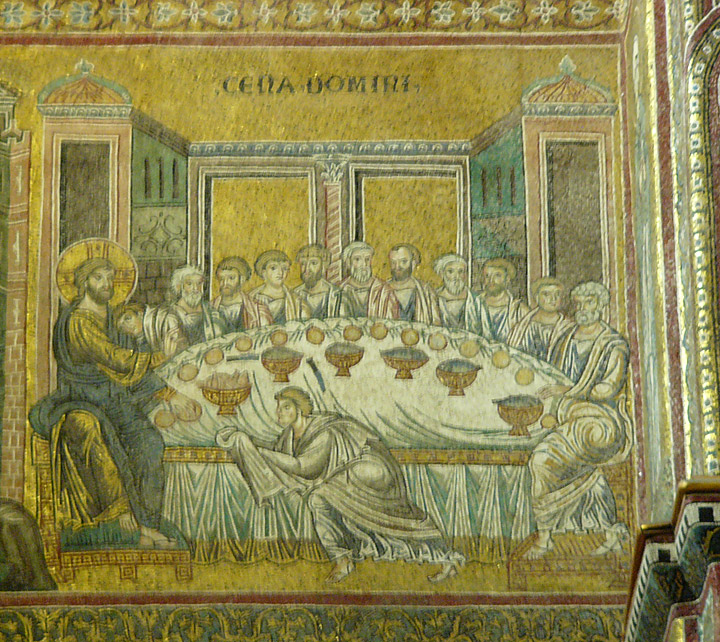 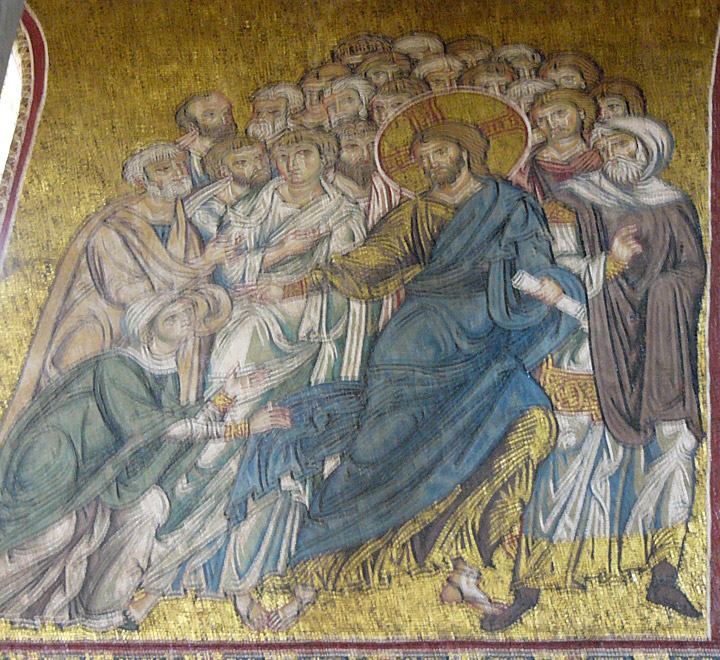 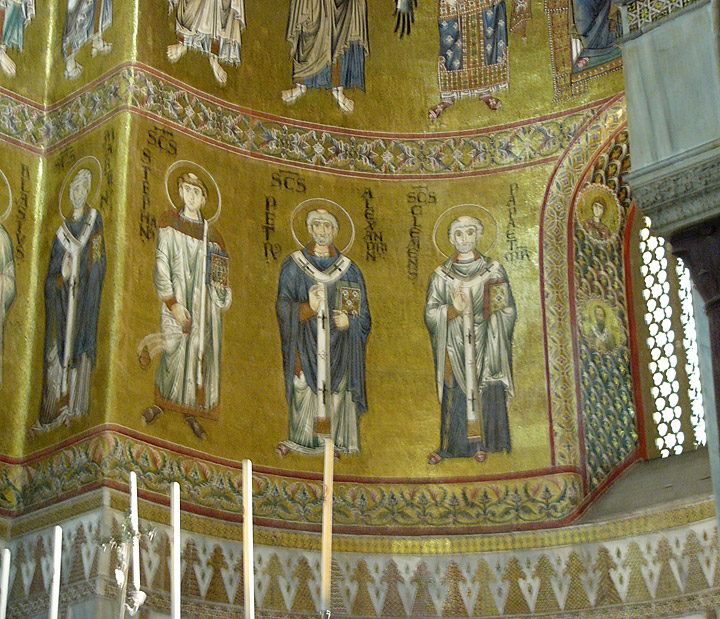