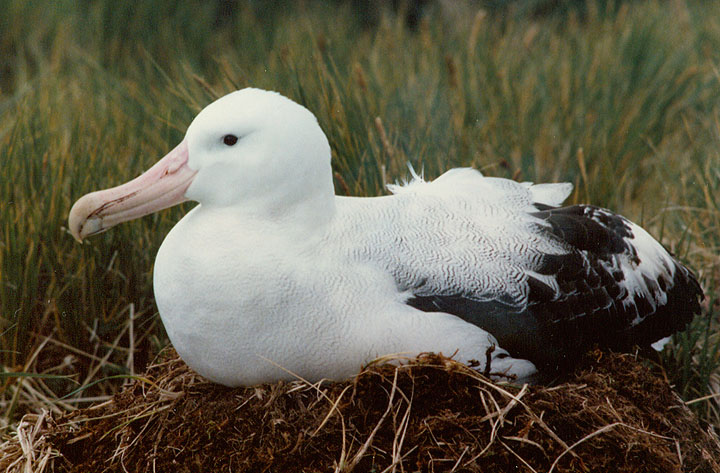 The wandering albatross (D. exulans) has a wingspread to more than 340 cm (11 feet), the largest spread among living birds. The adult is essentially like the royal albatross. It nests on islands near the Antarctic Circle and on some islands in the South Atlantic, and in the non breeding season it roams the southern oceans north to about 30° S. 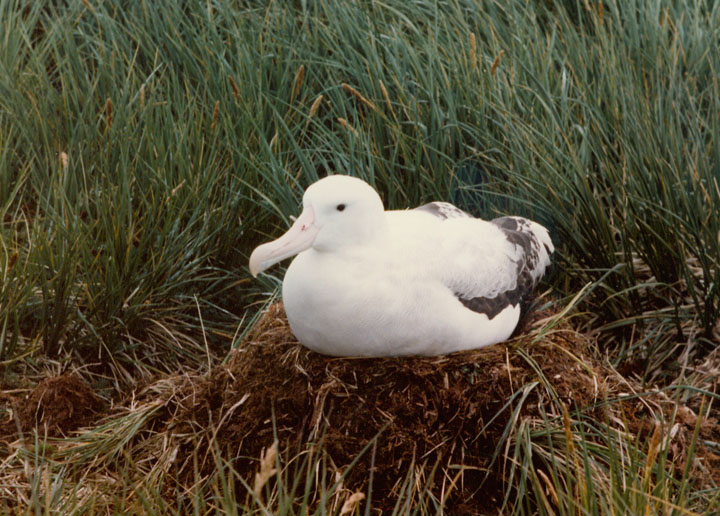 Albatross, any of more than a dozen species of large seabirds that collectively make up the family Diomedeidae (order Procellariiformes). Because of their tameness on land, many albatrosses are known by the common names mollymawk (from the Dutch for “foolish gull”) and gooney. Albatrosses are among the most spectacular gliders of all birds, able to stay aloft in windy weather for hours without ever flapping their extremely long, narrow wings. In calm air an albatross has trouble keeping its stout body airborne and prefers to rest onthe water surface. Like other oceanic birds, albatrosses drink seawater. Although they normally live on squid, they also are seen to accompany ships to feed on garbage. 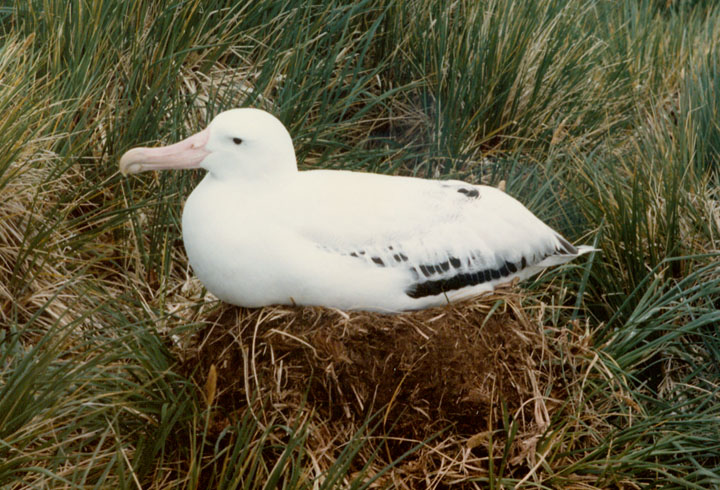 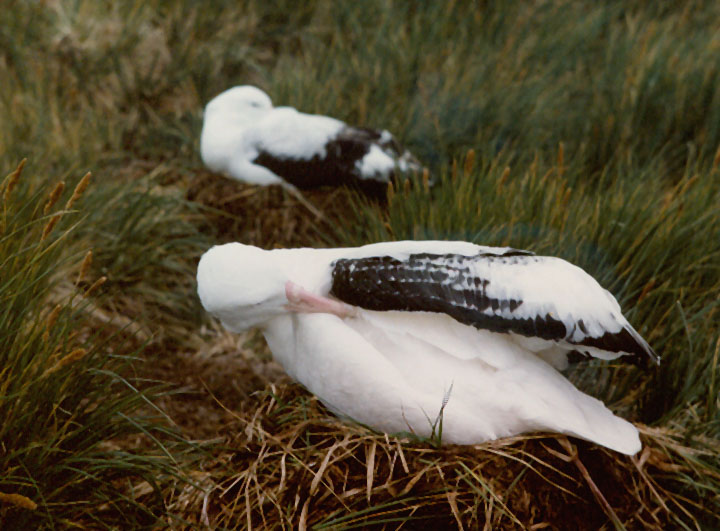 Albatrosses come ashore only to breed. This activity occurs in colonies that are usually established on remote oceanic islands, where groups and pairs exhibit mating behavior that includes wing-stretching and bill-fencing displays accompanied by loud groaning sounds. The single large, white egg, laid on the bare ground or in a heaped-up nest, is incubated by the parents in turn. The growth of the young albatross is very slow, especially in the larger species; it attains flight plumage in 3 to 10 months, then spends the next 5 to 10 years at sea, passing through several pre-adult plumages before coming to land to mate. Albatrosses live long and may be among the few birds to die of old age. 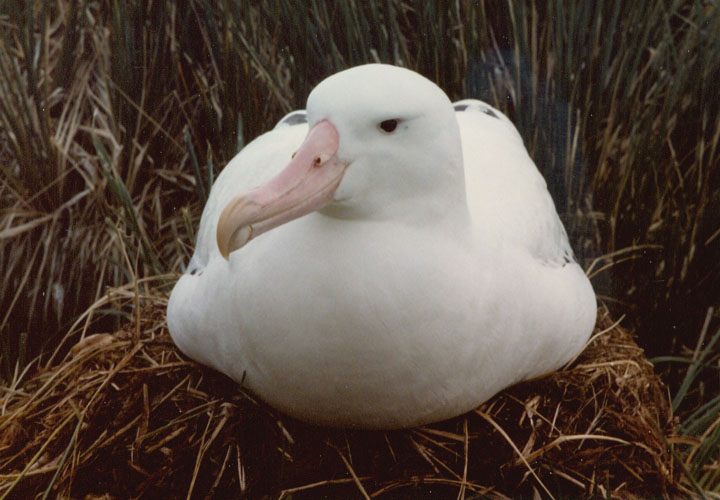 Seamen once held albatrosses in considerable awe; they held that killing an albatross would bring bad luck, a superstition reflected in Samuel Taylor Coleridge's poem “The Rime of the Ancient Mariner.” In spite of this superstition, the birds were often taken on baited hooks by sailors for meat. The foot web could be fashioned into a tobacco pouch, and the long hollow bones were used as pipe stems. At one time professional plume hunters even raided breeding grounds. The North Pacific species were slaughtered in large numbers for their feathers, which were used in the millinery trade and as swans down. 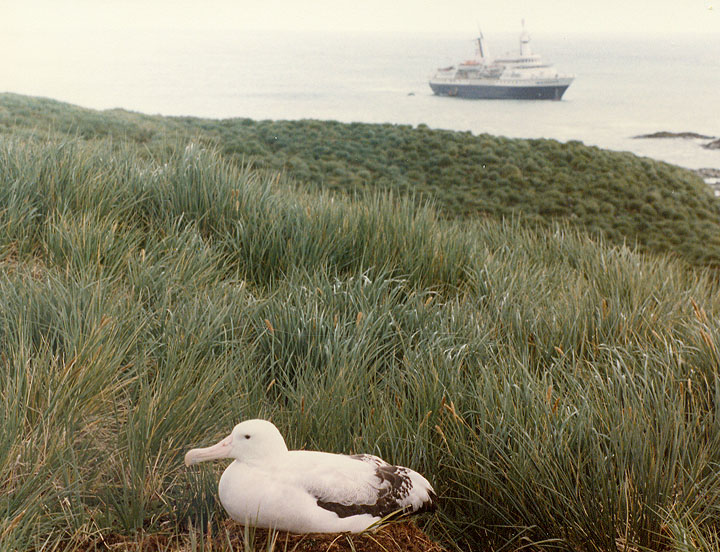 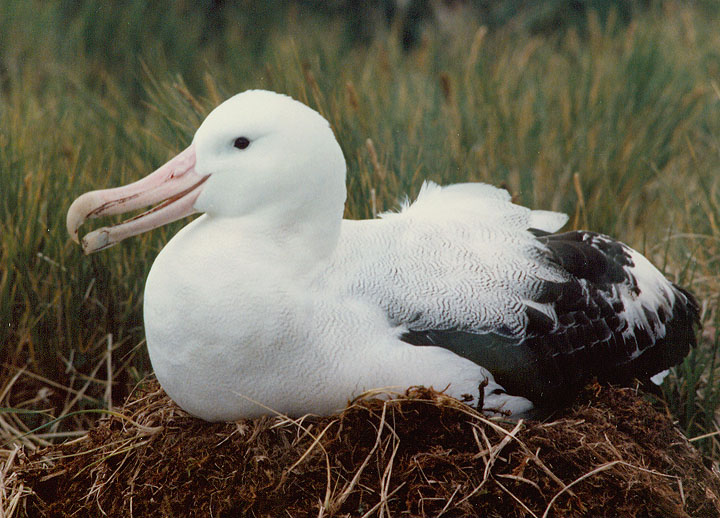 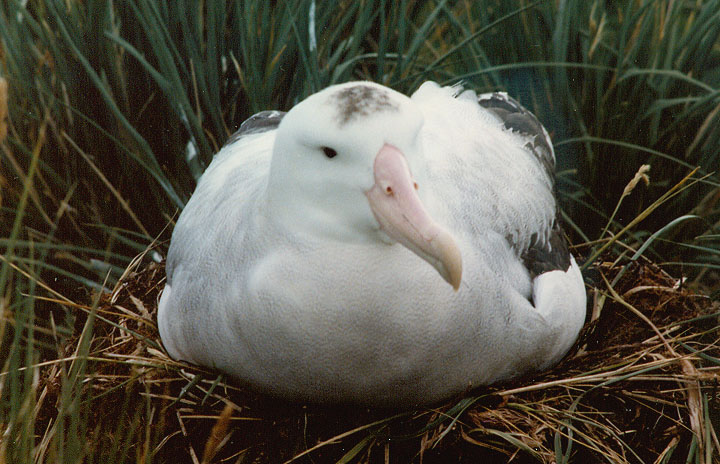 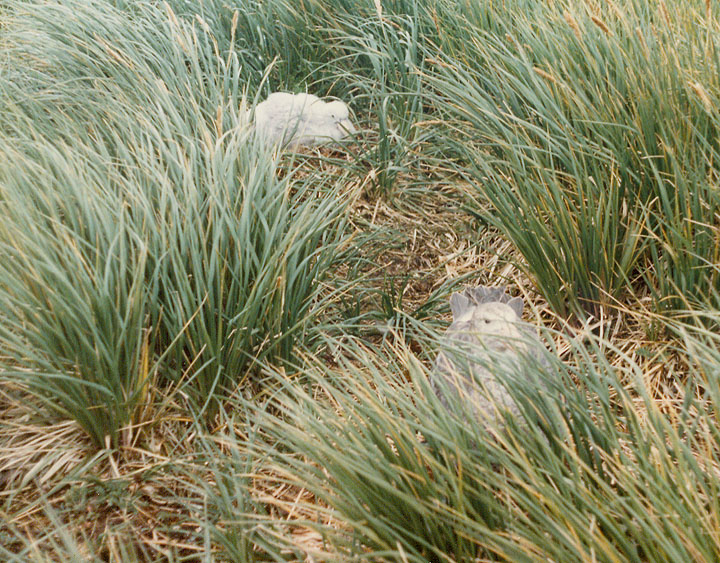 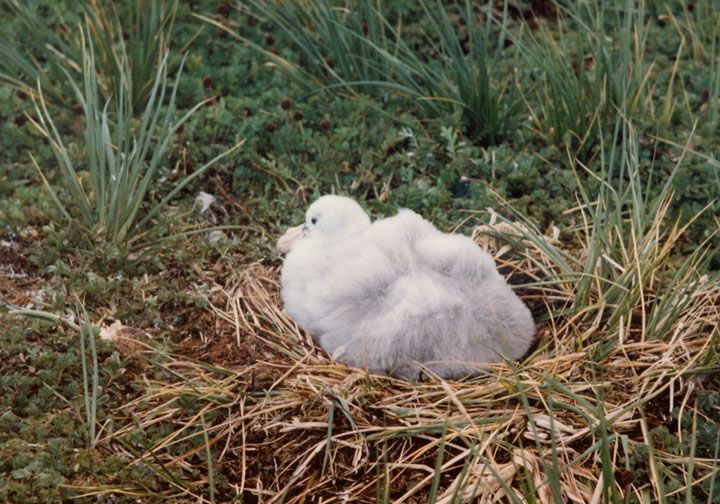 immature in the grass 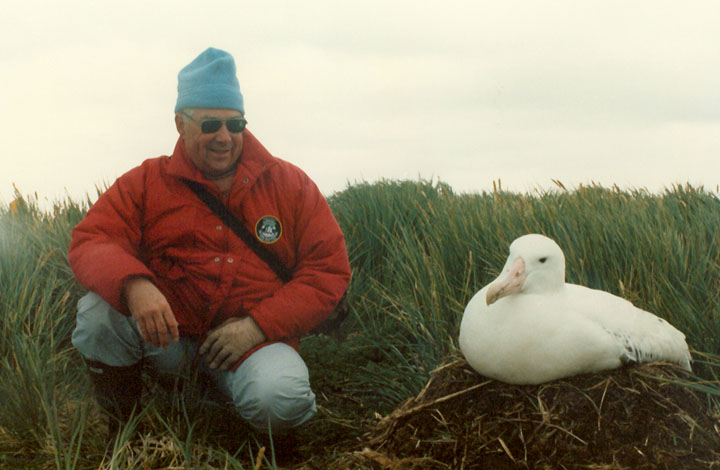 "The Traveler" with a nesting Albatross