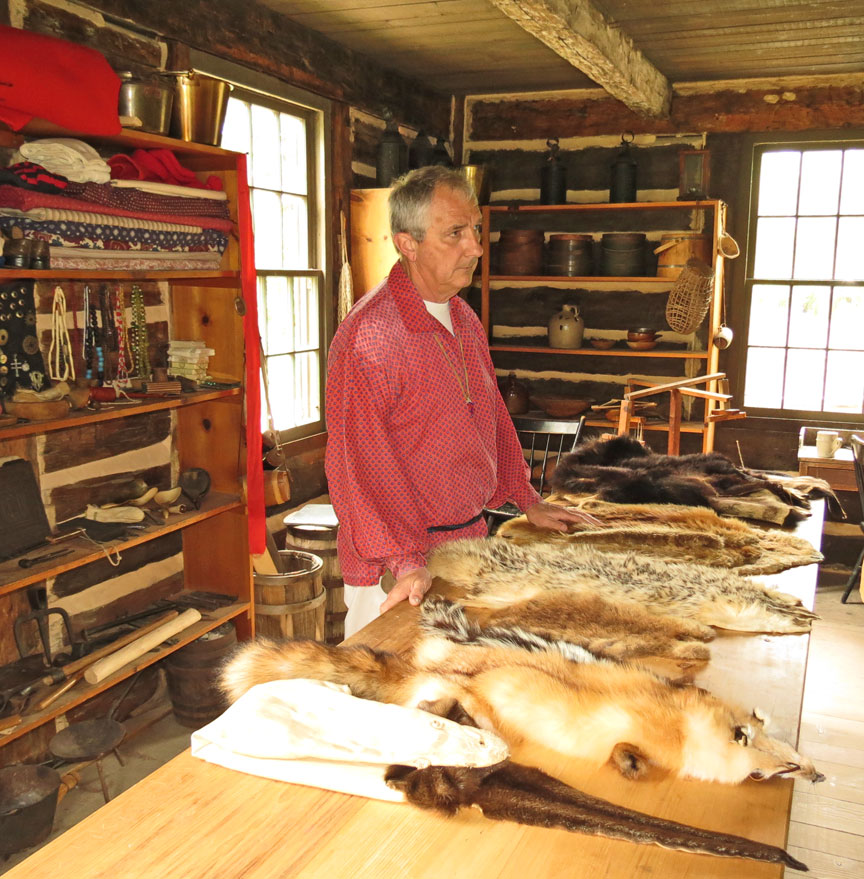 The North American fur trade was the industry and activities related to the acquisition, trade/ exchange, and sale of animal furs in the North American continent. Aboriginal peoples in Canada and Native Americans in the United States of different regions traded among themselves in the Pre-Columbian Era, but Europeans participated in the trade beginning from the time of their arrival in the New World and extended its reach to Europe. The French started trading in the 16th century, the English established trading posts on Hudson Bay in present-day Canada in the 17th century, and the Dutch had trade by the same time in New Netherland. The 19th-century North American fur trade, when the industry was at its peak of economic importance, involved the development of elaborate trade networks and companies. 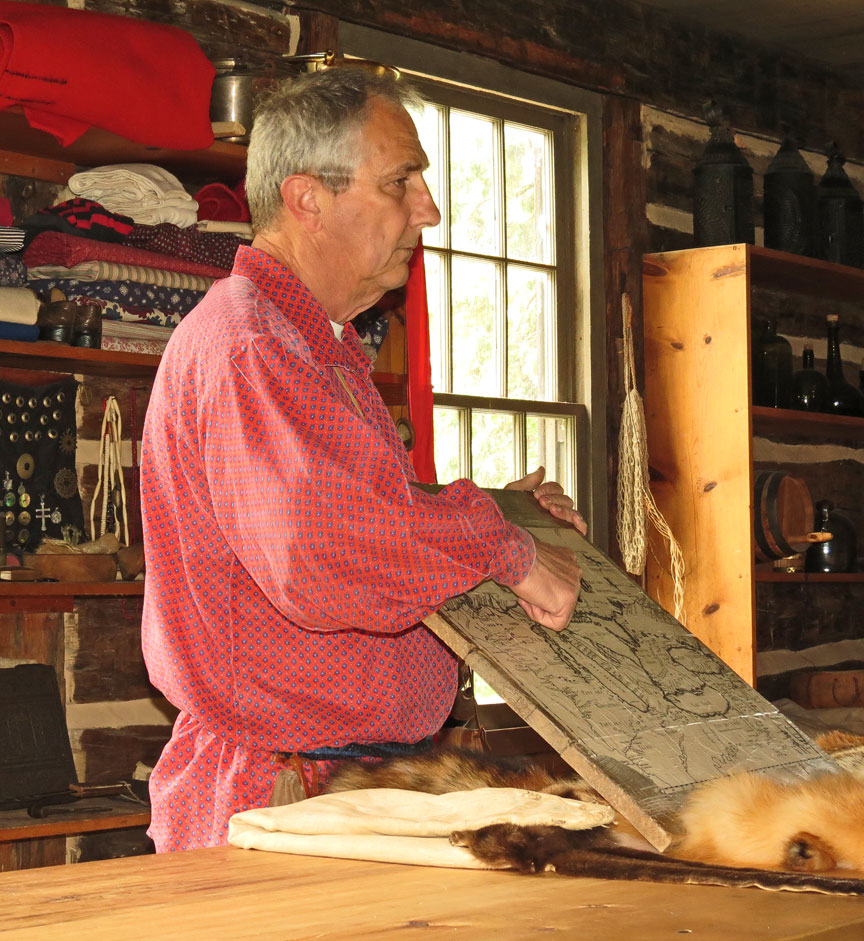 showing the route of the "Voyagers" taking furs East

The fur trade became one of the main economic ventures in North America attracting, at various times, competition among the French, British, Dutch, Spanish, and Russians. Indeed in the early history of the United States, capitalizing on this trade, and removing the British stranglehold over it, was seen as a major economic objective. Many Native American societies across the continent came to depend on the fur trade as their primary source of income. By the mid-1800s, however, changing fashions in Europe brought about a collapse in fur prices. The American Fur Company and some other companies failed. Many Native communities were plunged into long-term poverty and consequently lost much of the political influence they once had.
French explorer Jacques Cartier in his three voyages into the Gulf of St. Lawrence in the 1530s and 1540s conducted some of the earliest fur trading between European and First Nations peoples associated with sixteenth century and later explorations in North America. Cartier attempted limited fur trading with the First Nations in the Gulf of St. Lawrence and along the St. Lawrence River. He concentrated on trading for furs used as trimming and adornment. He overlooked the fur that would become the driving force of the fur trade in the north, the beaver pelt, which would become fashionable in Europe. 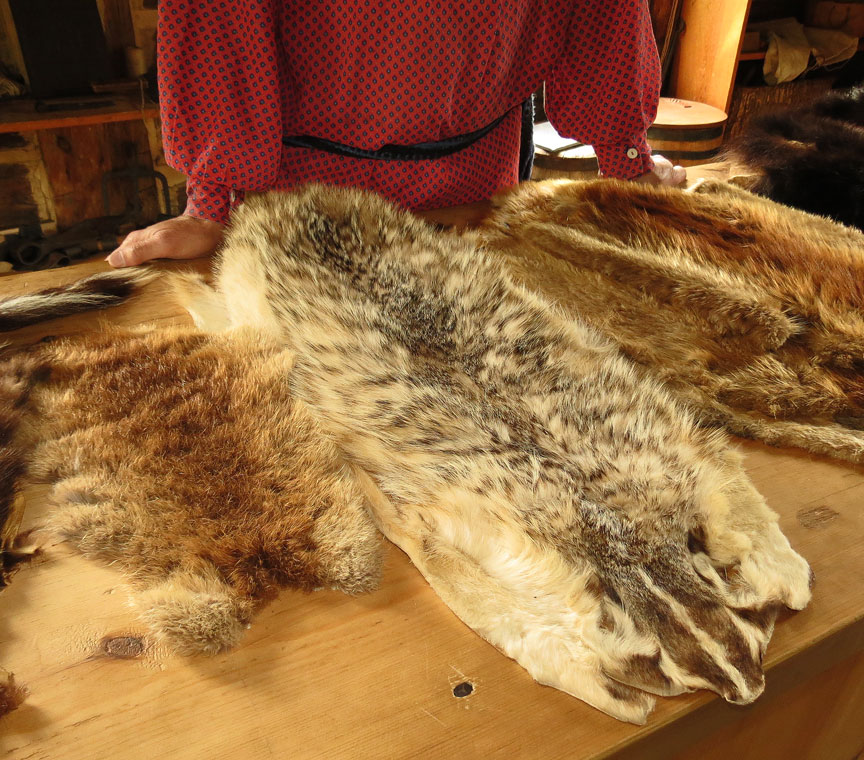 The earliest European trading for beaver pelts dated to the growing cod fishing industry that spread to the Grand Banks of the North Atlantic in the 16th century. The new preservation technique of drying fish allowed the mainly Basque fishermen to fish near the Newfoundland coast and transport fish back to Europe for sale. Drying fish enabled gathering greater yields, which justified the economic cost and time of long voyages across the Atlantic. The fisherman sought suitable harbors with ample lumber to dry large quantities of cod. This generated their earliest contact with local Aboriginal peoples, with whom the fisherman began simple trading. 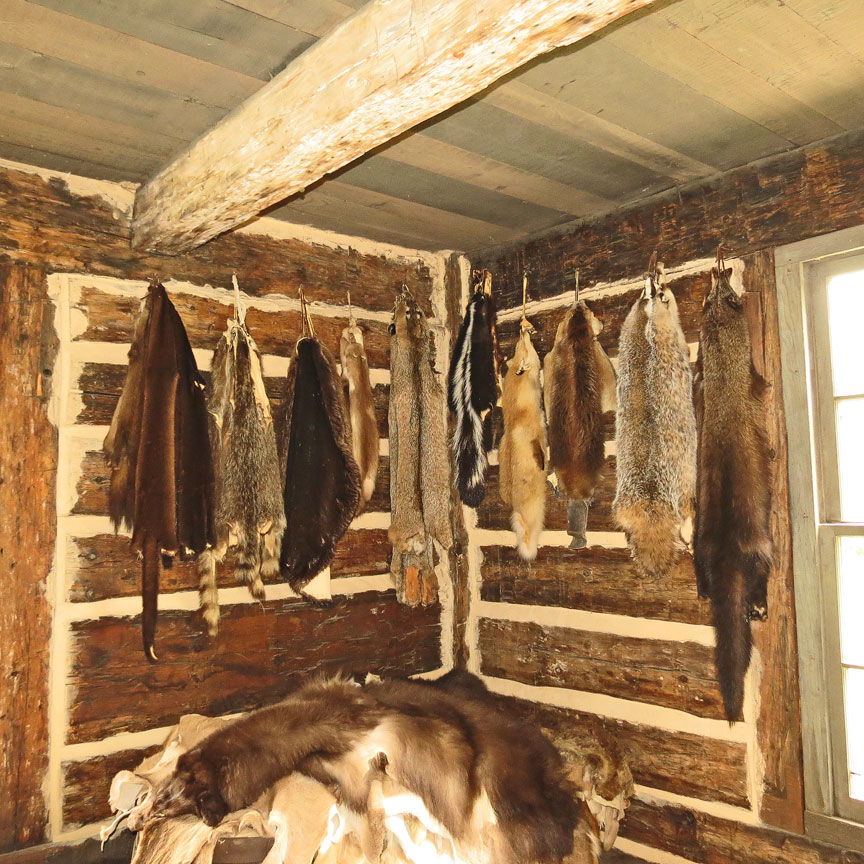 The fishermen traded metal items for beaver robes made of sewn-together, native-tanned, beaver pelts. They used the robes to keep warm on the long, cold return voyages across the Atlantic. These castor gras in French (or "beaver coat" in English) became prized by European hat makers in the second half of the 16th century, as they converted the pelts to fur felt. The discovery of the superior felting qualities of beaver fur, along with the rapidly increasing popularity of beaver felt hats in fashion, transformed the incidental trading of fishermen in the sixteenth century into a growing trade in the French and later English territories in the next century. 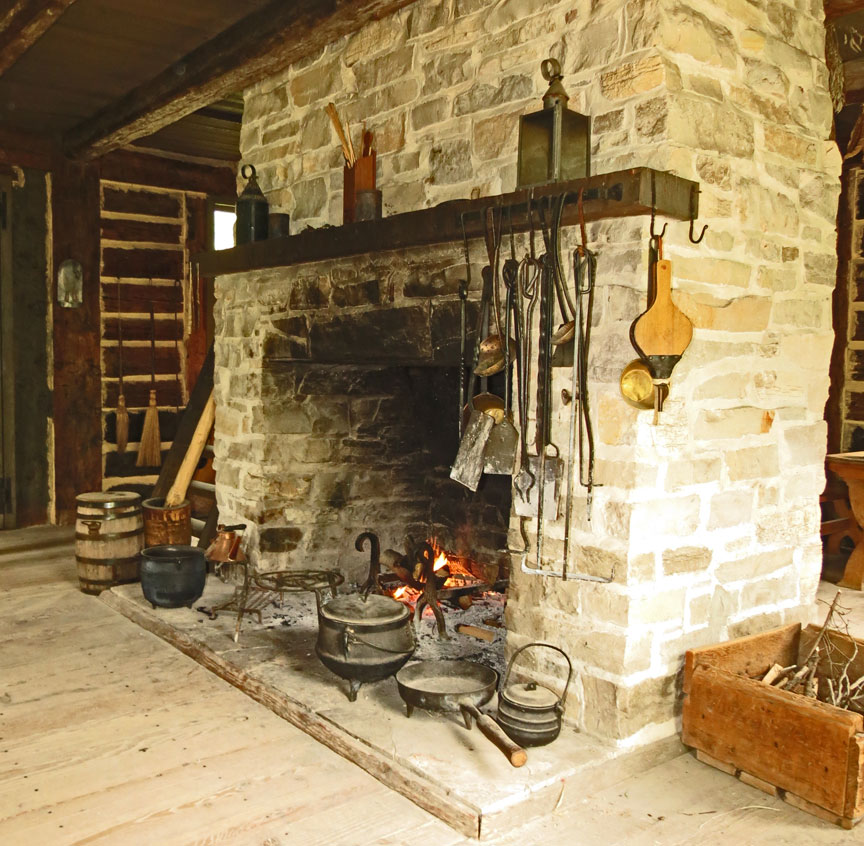 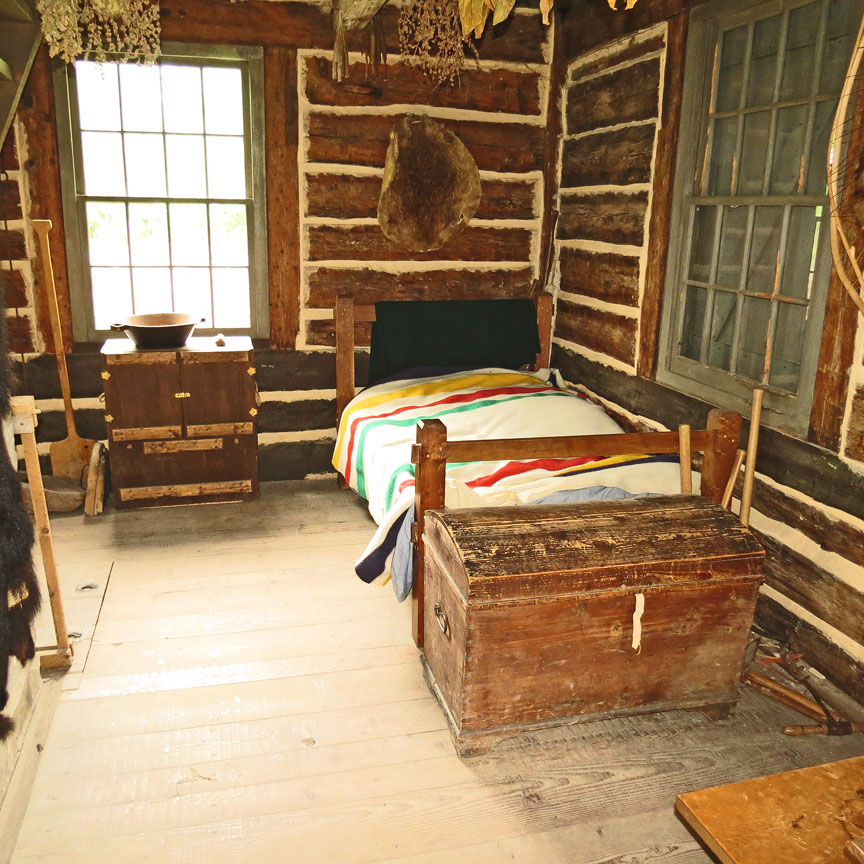 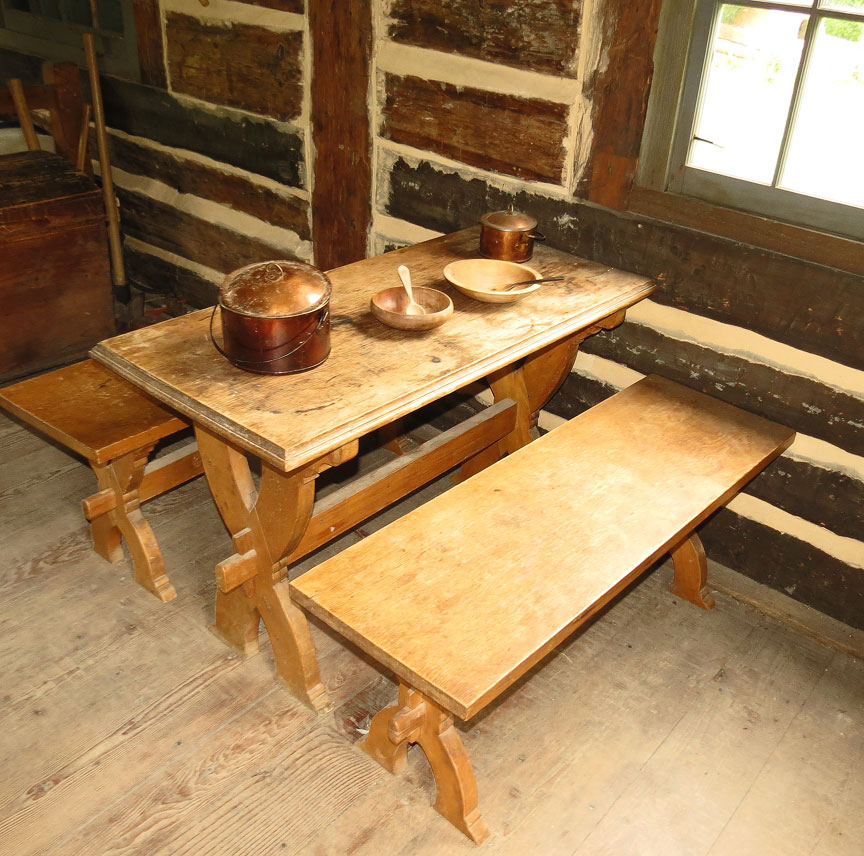 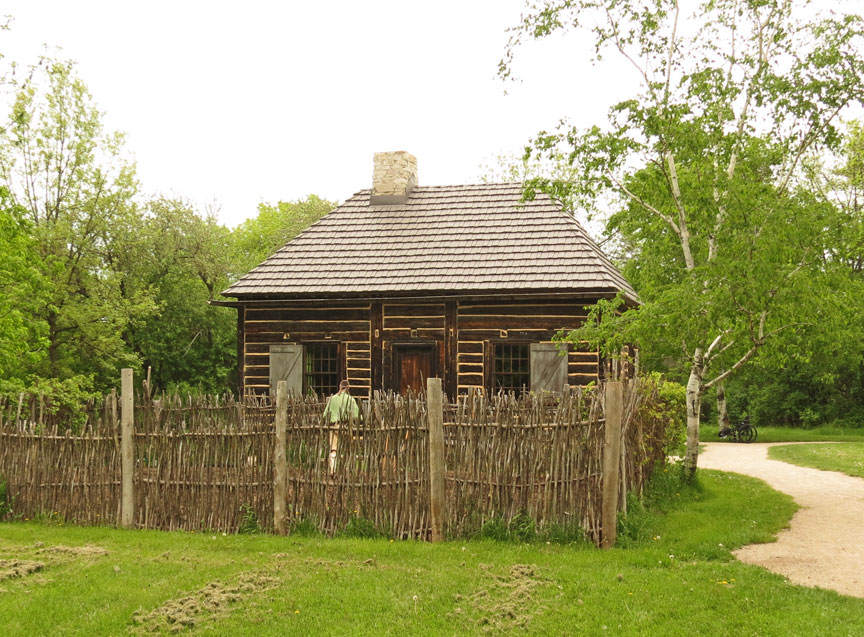 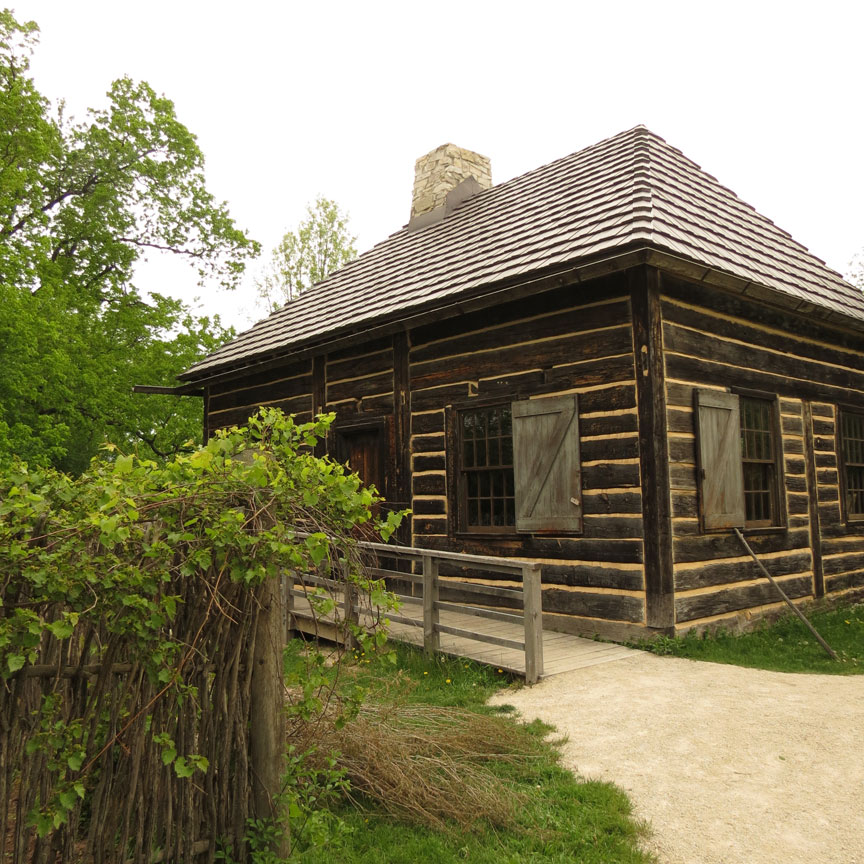 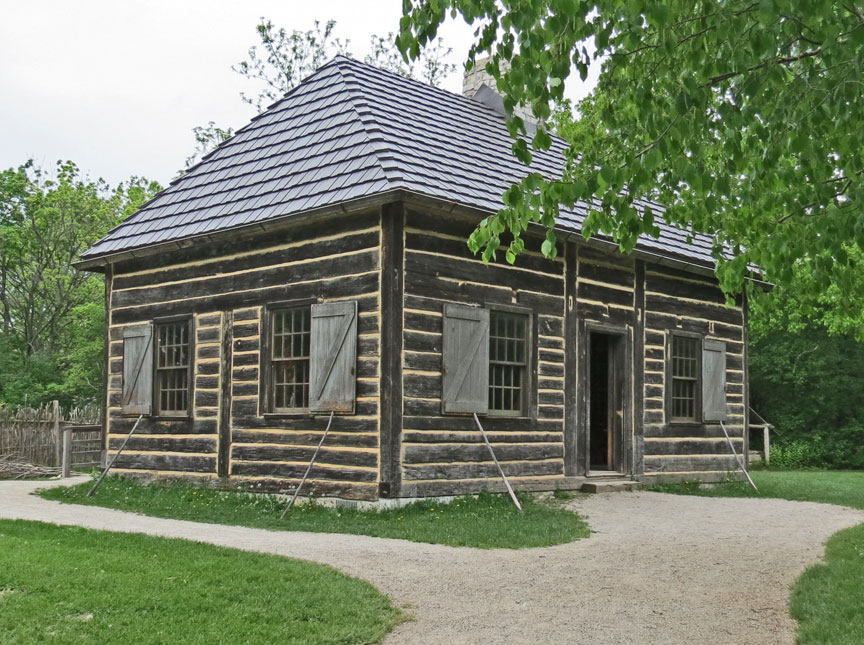 The building was constructed around 1800. The building was found inside of a house that was being torn down in order to construct the Tilleman Bridge. The building is constructed in the French style of piece-on-piece, meaning one log upon the other. Grooved upright logs are set in the ground at the corners, doors, and windows. The horizontal logs are cut to fit and placed on top of each other in the grooves. Cracks are chinked to give it a tight fit.