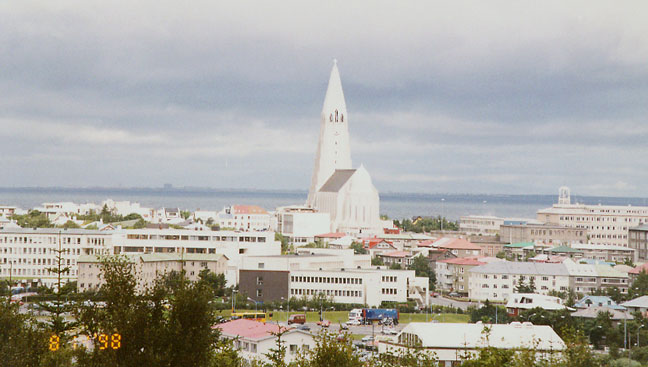 Reykjavík, city, capital of Iceland, on the Faxaflói (a bay of the Atlantic Ocean), in the southwestern part of the country. It is the largest city, a major fishing port, and the main commercial, manufacturing, and cultural center of Iceland.

the Reykjavik airport
(now just local flights within Iceland, to Greenland and the Faeroe Islands)

Manufactures include processed food, apparel, paint, metal products, ships, and printed materials. The city is served by an international airport at Keflavík. Reykjavík is a modern city, with most of its buildings heated by water piped in from nearby geothermal springs. 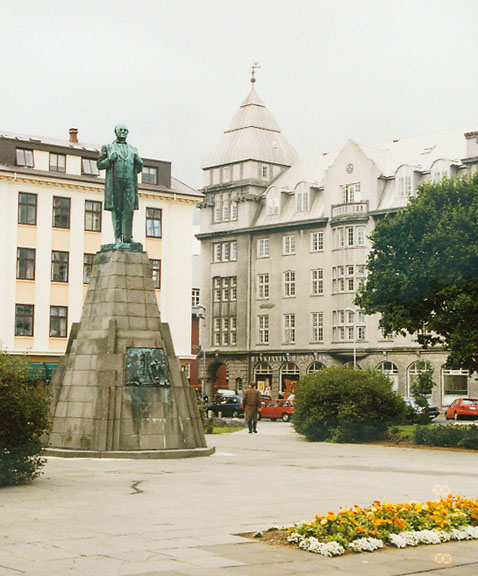 It is the site of the University of Iceland (1911); the Reykjavík Conservatory of Music (1930); the Althing (parliament); the Lutheran cathedral; the National Library; the National Archives; and the National Theater. 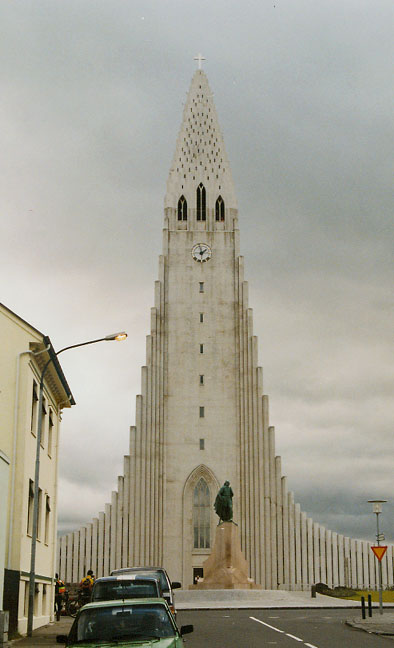 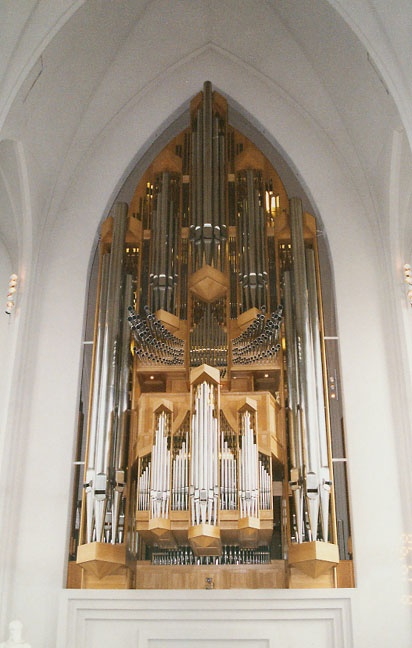 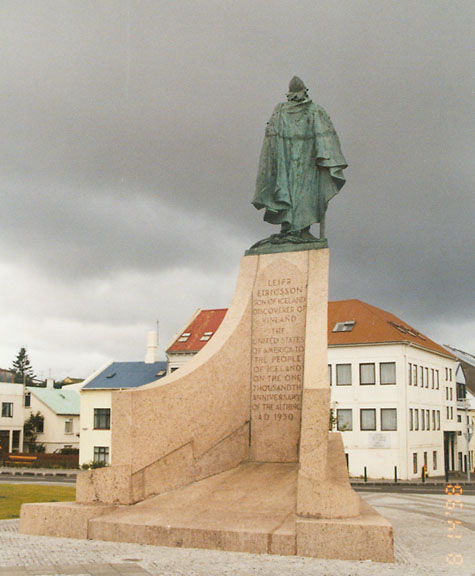 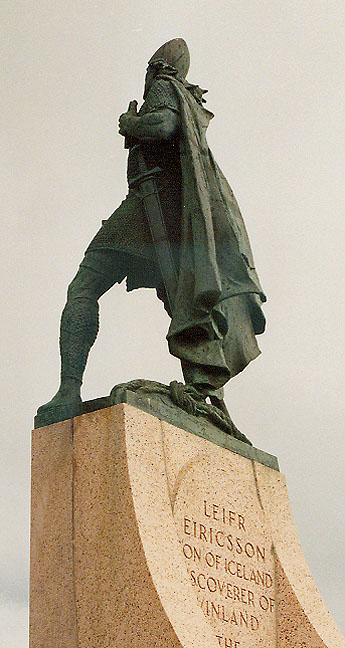 Points of interest include the Museum of Natural History, the National Museum, which contains a collection of Icelandic antiquities; the National Gallery; the modern Hallgrím's Church; and a statue of the Icelandic navigator Leif Eriksson, presented in 1930 to Iceland by the United States to commemorate the 1000th anniversary of the founding of the Althing. 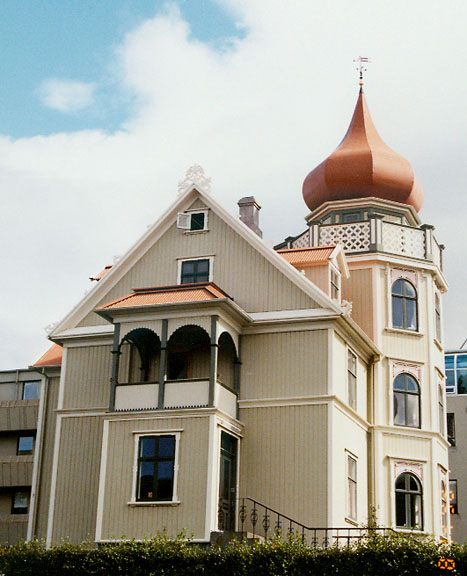 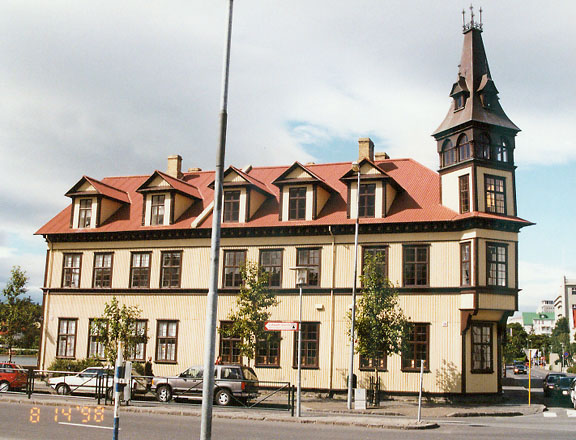 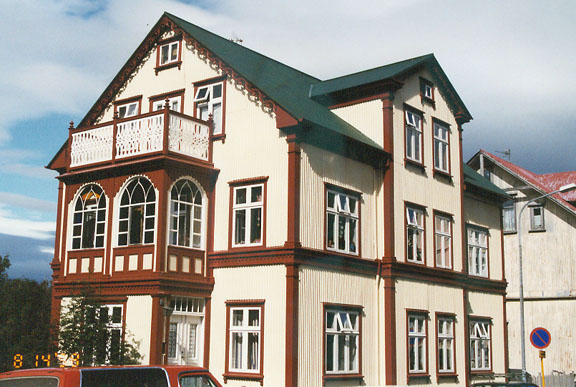 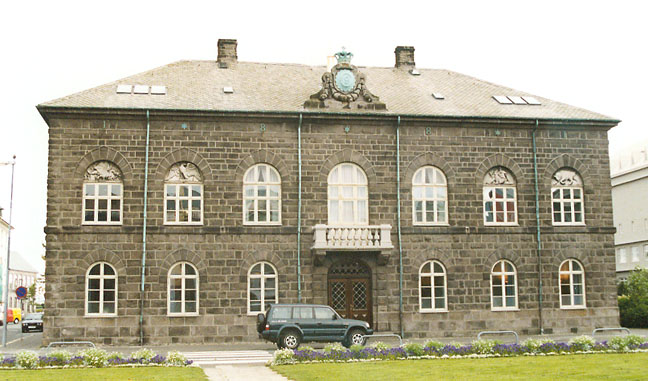 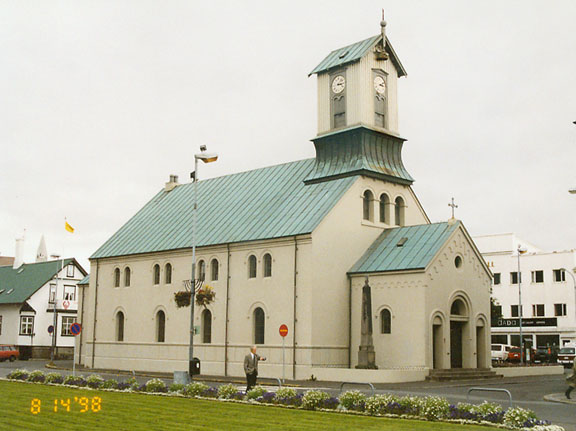 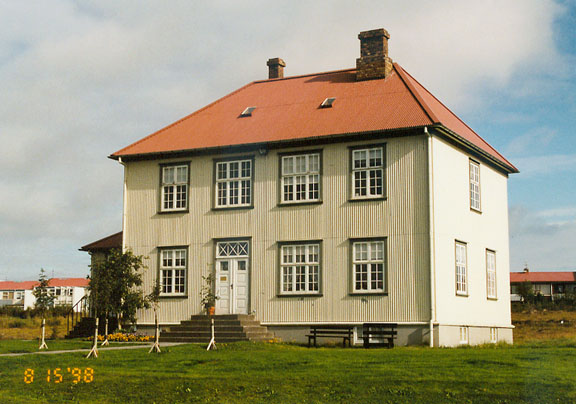 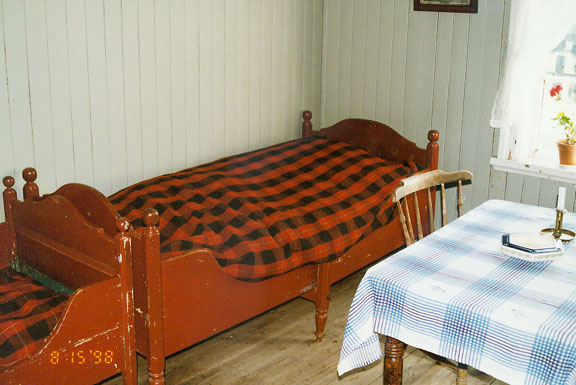 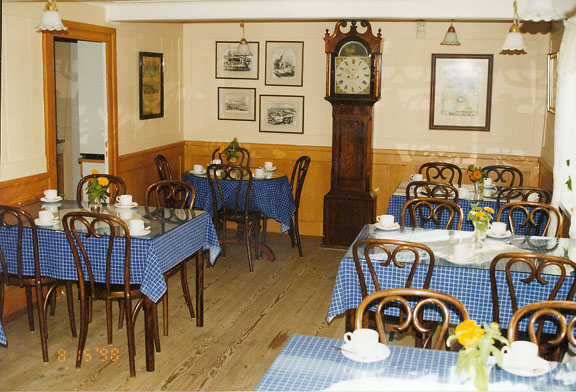 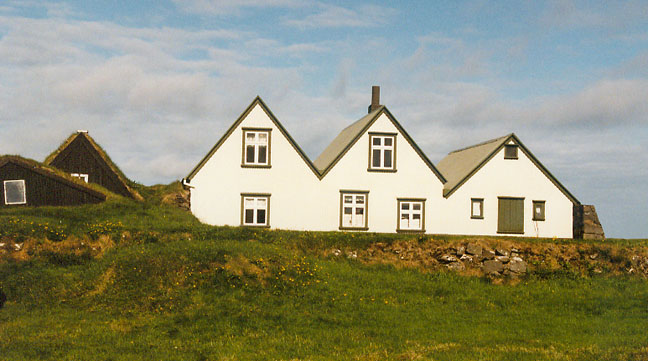 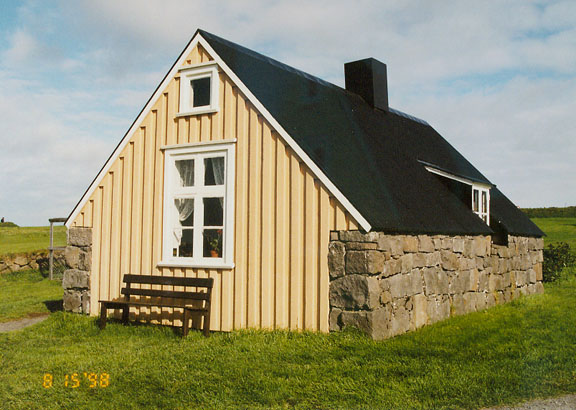 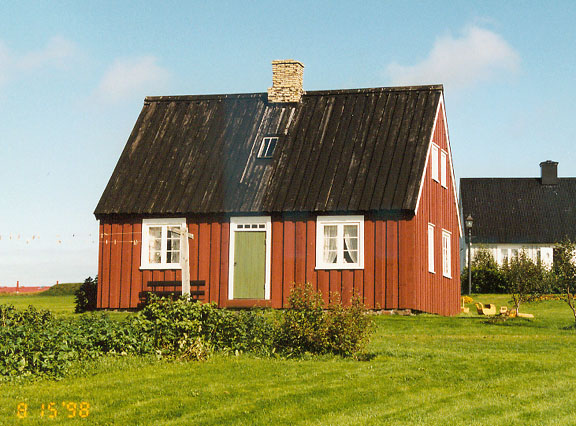 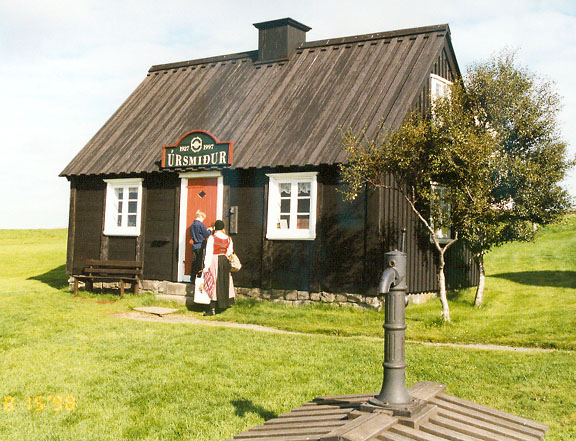 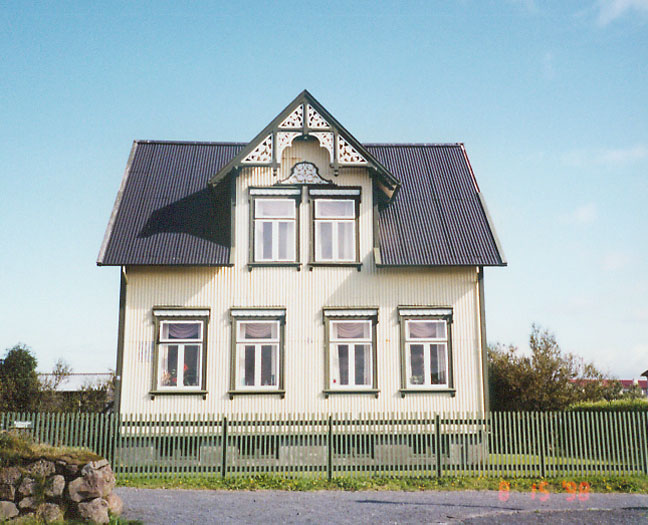 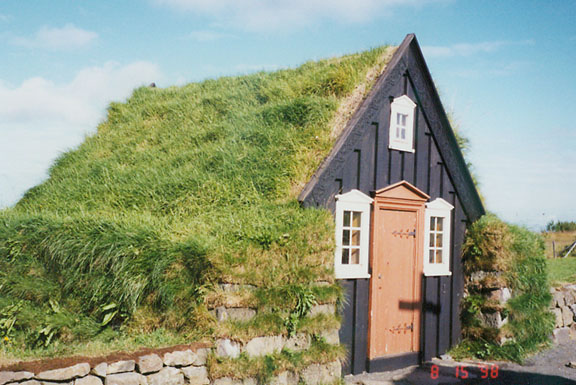 sod over a wood interior 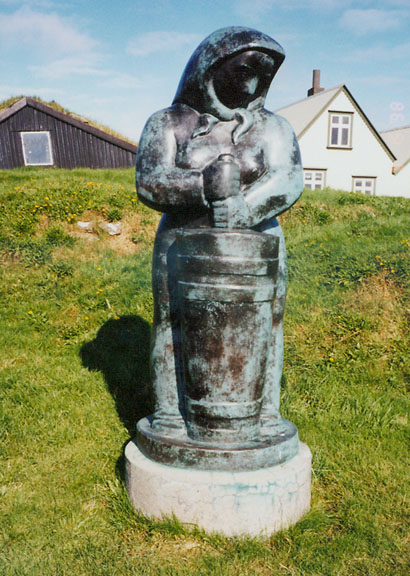 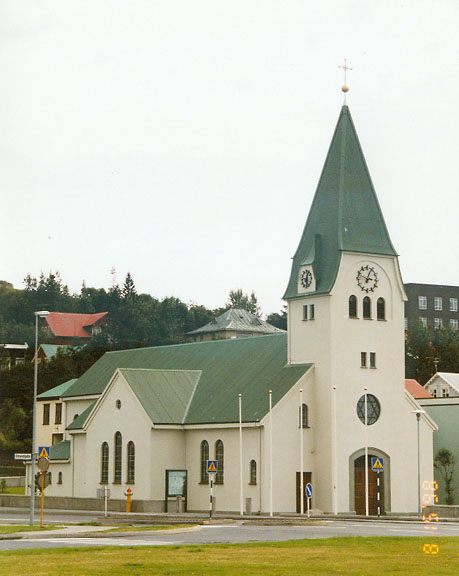 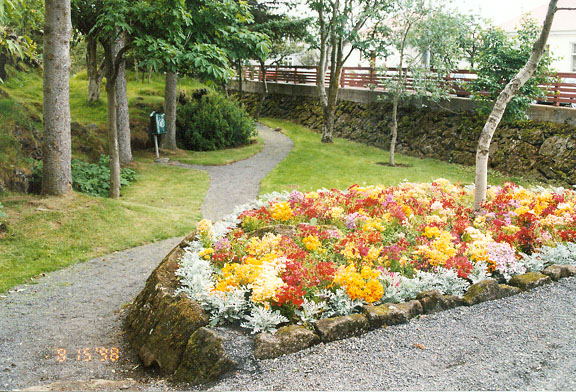 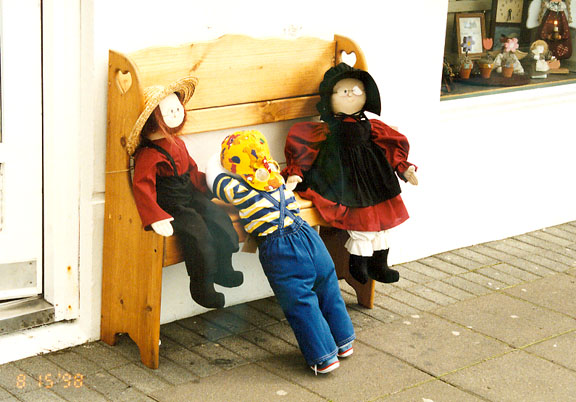