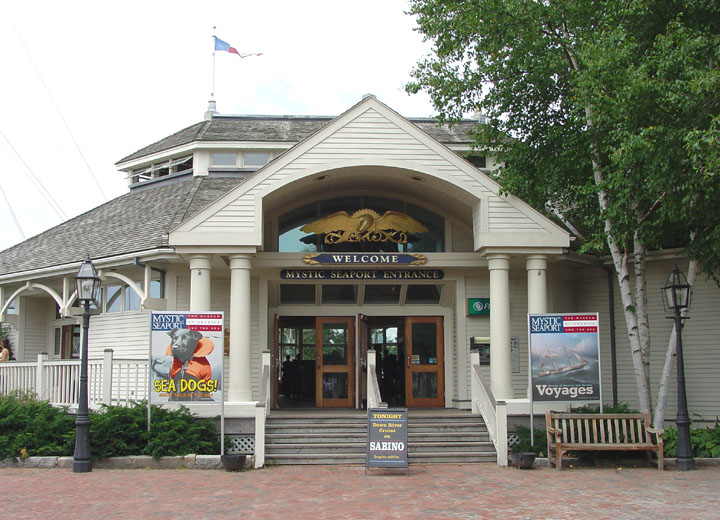 Mystic Seaport, a re-created village,
features a restored seaport street of the early 19th century
and the last of the old-time whaling ships 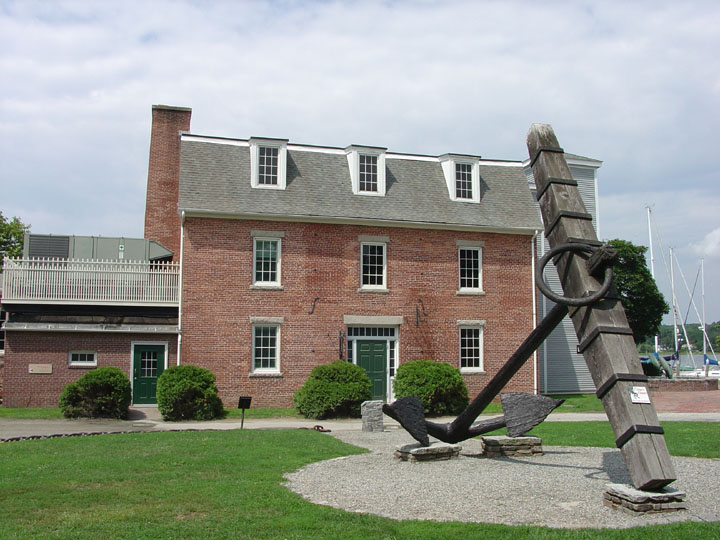 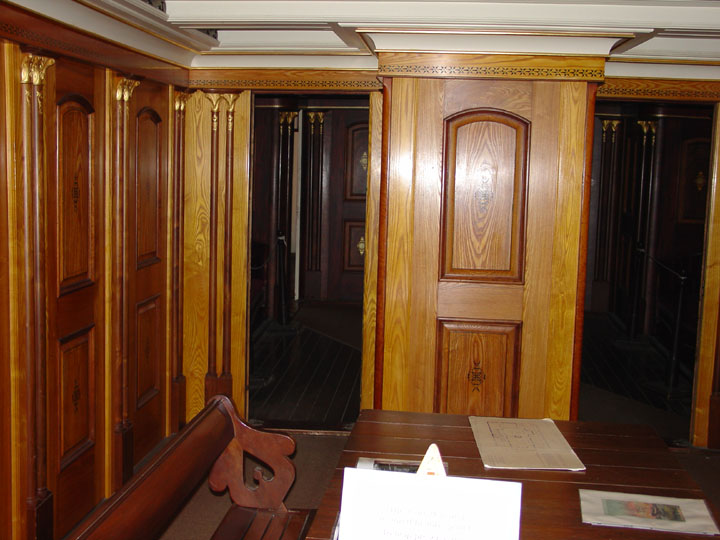 one of the exhibits, a Captain's cabin from a whaling ship 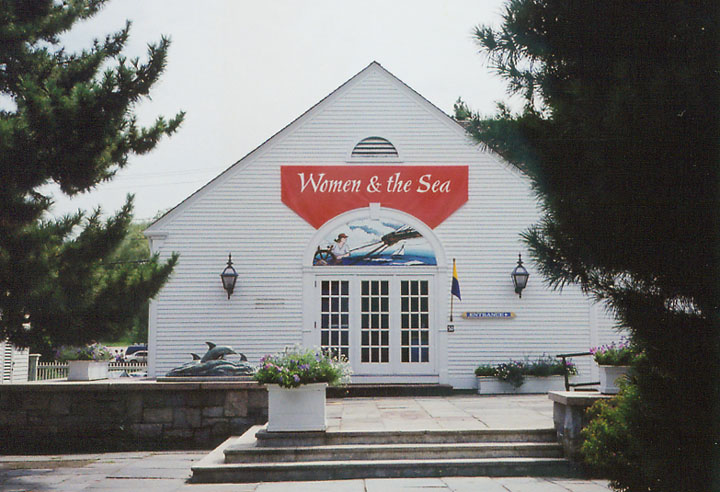 Women and the Sea exhibit 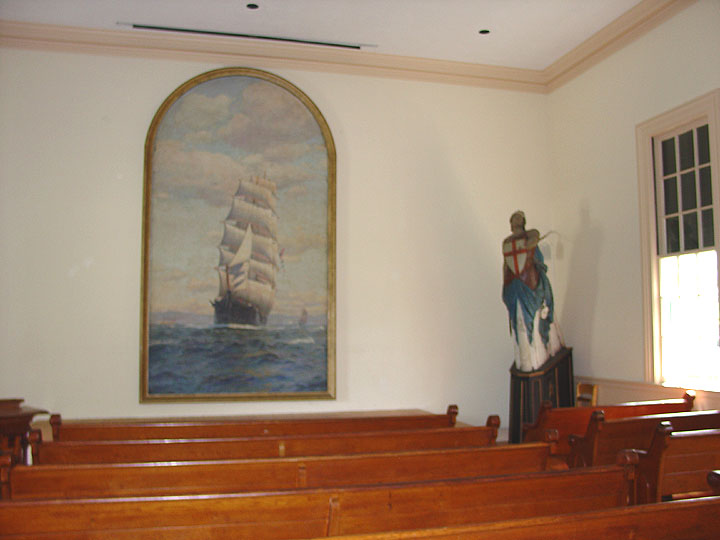 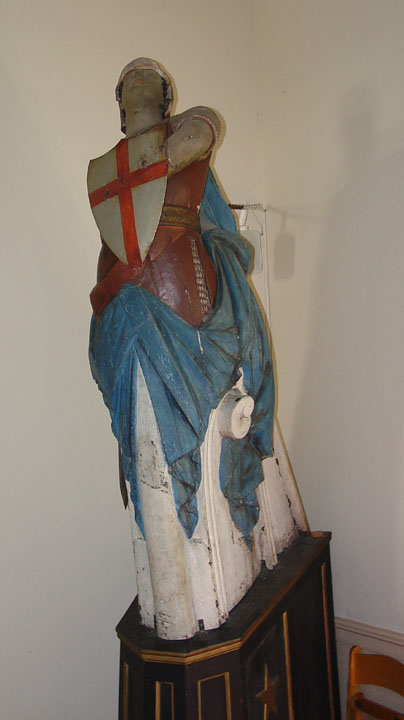 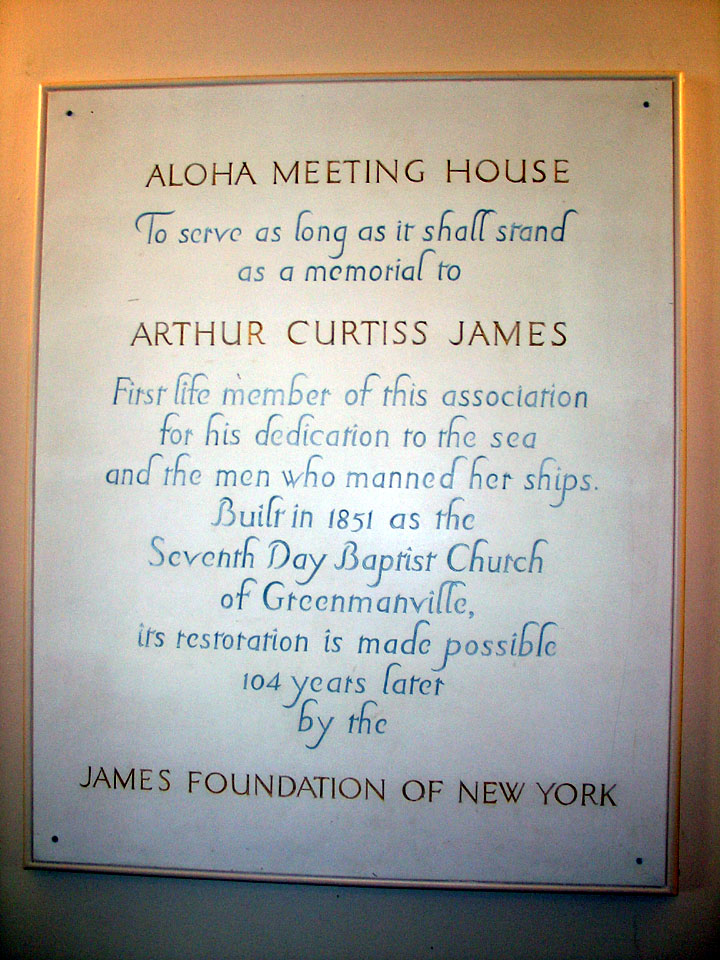 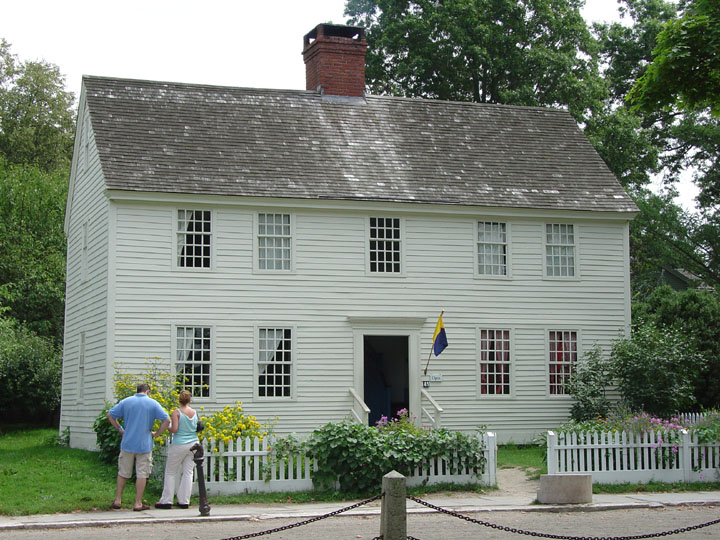 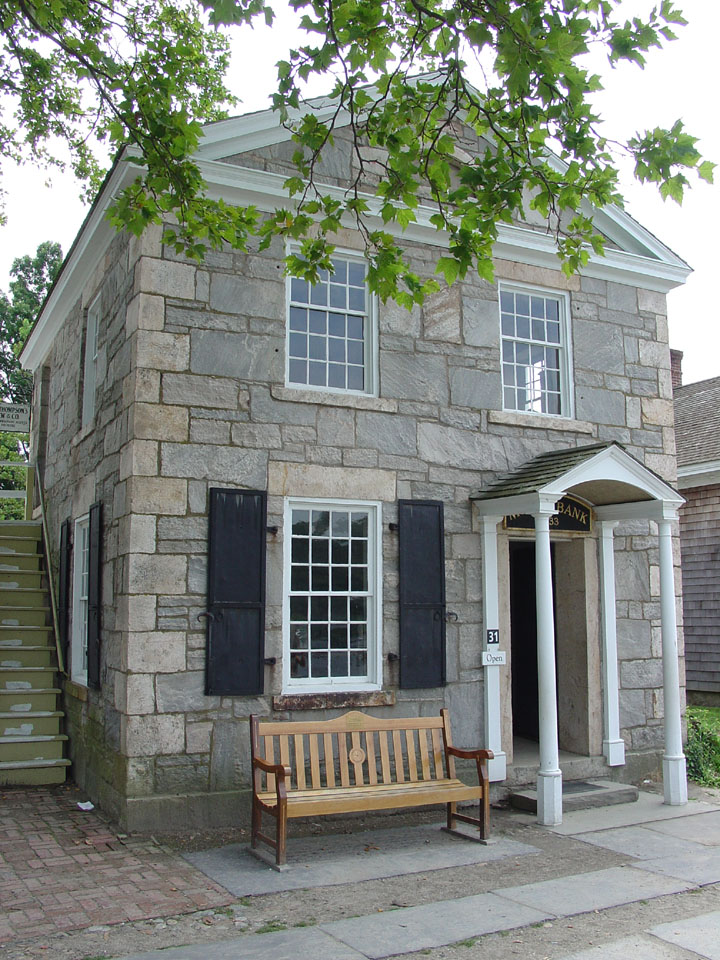 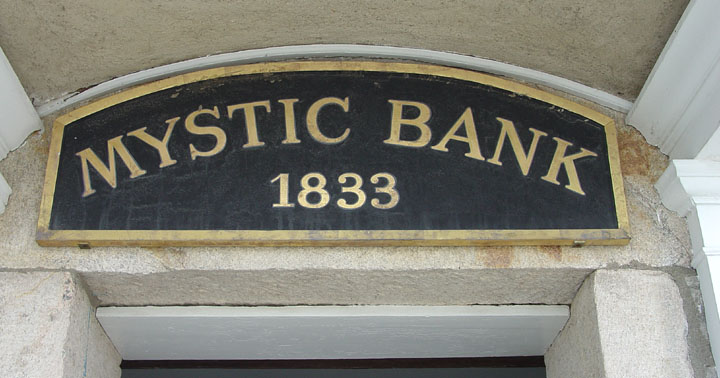 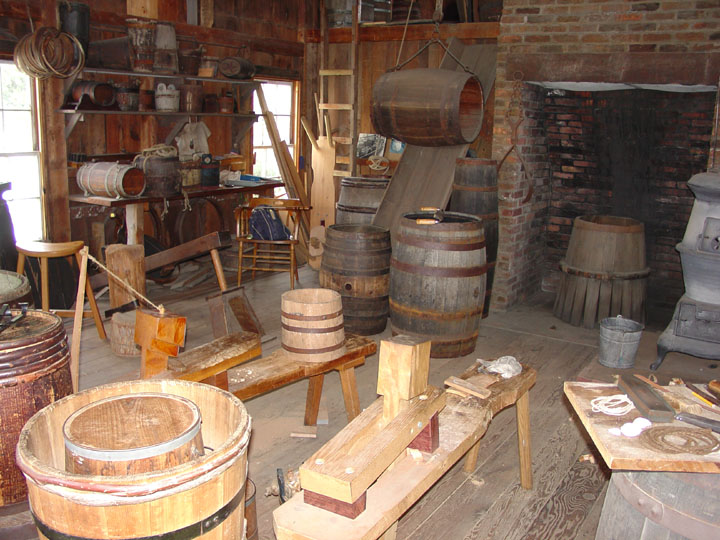 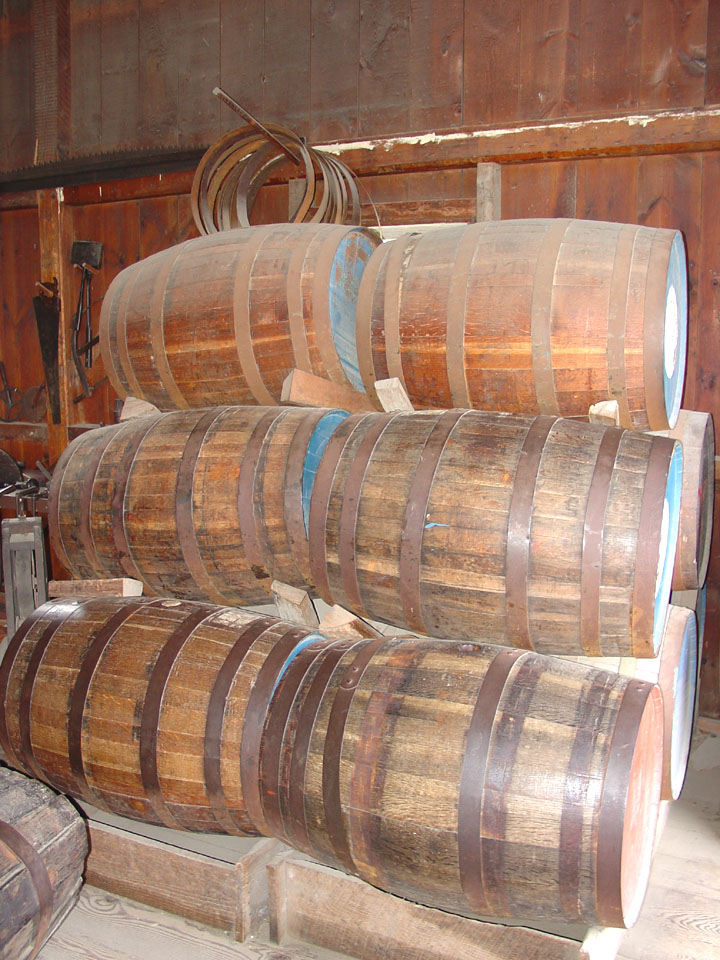 to make the barrels used to store the whale oil 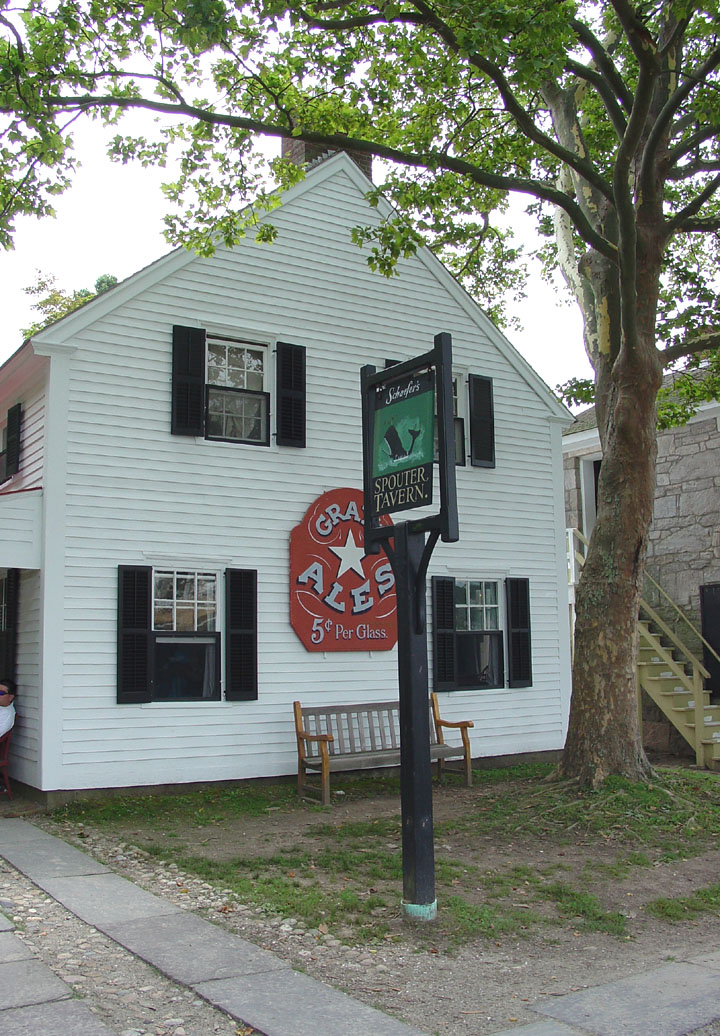 Photos of the Ropewalk 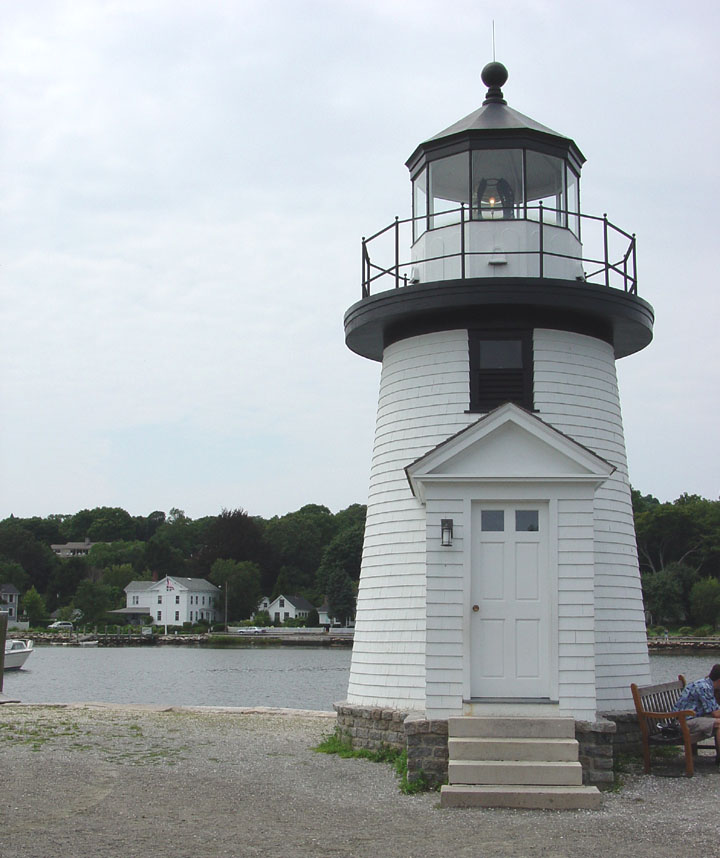 the lighthouse on Lighthouse Point 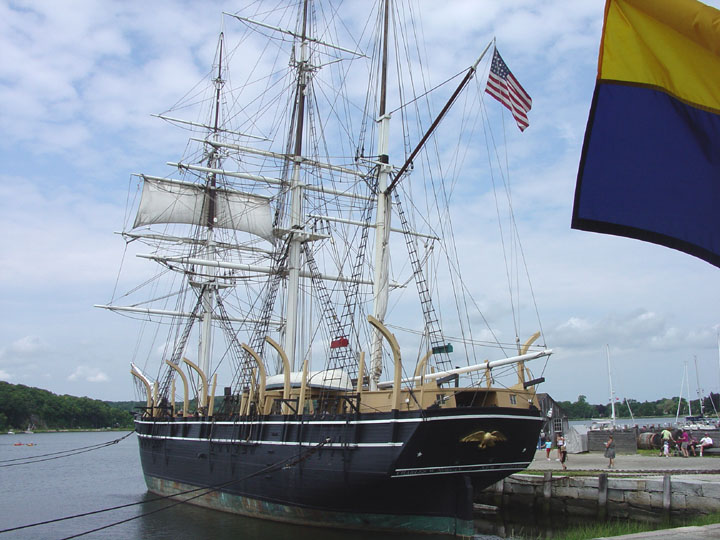 More Photos of the Morgan 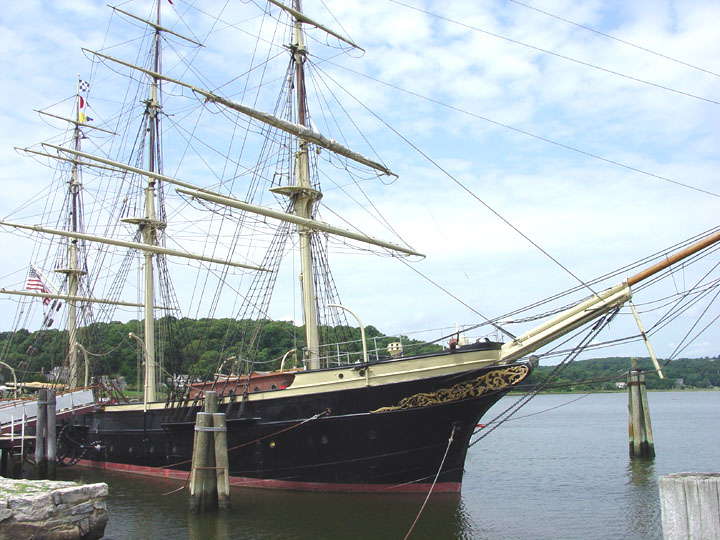 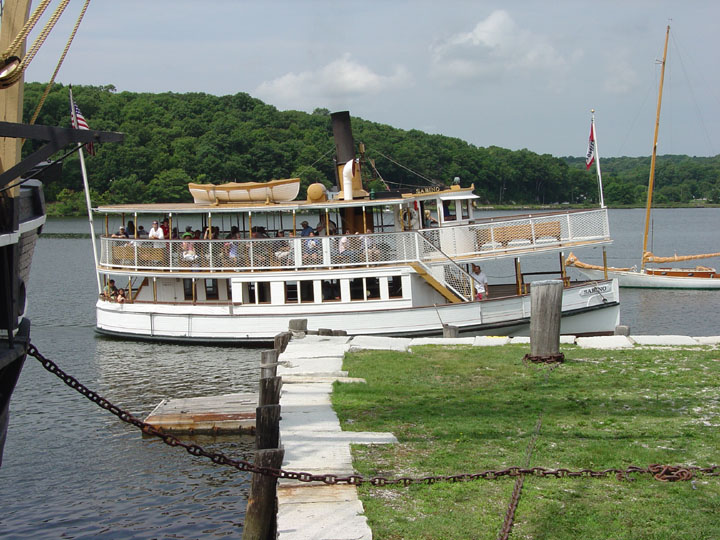 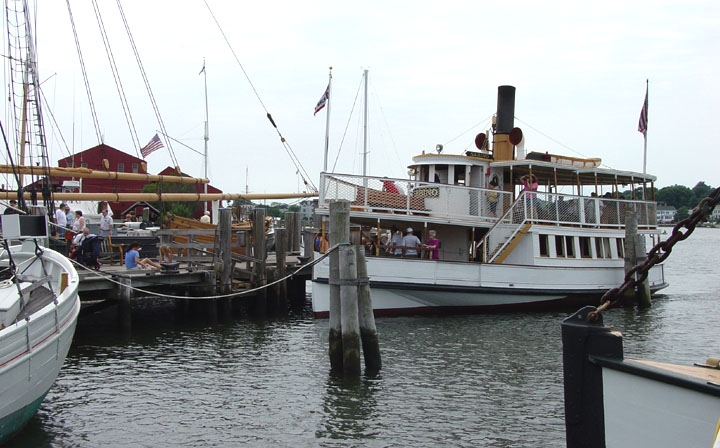 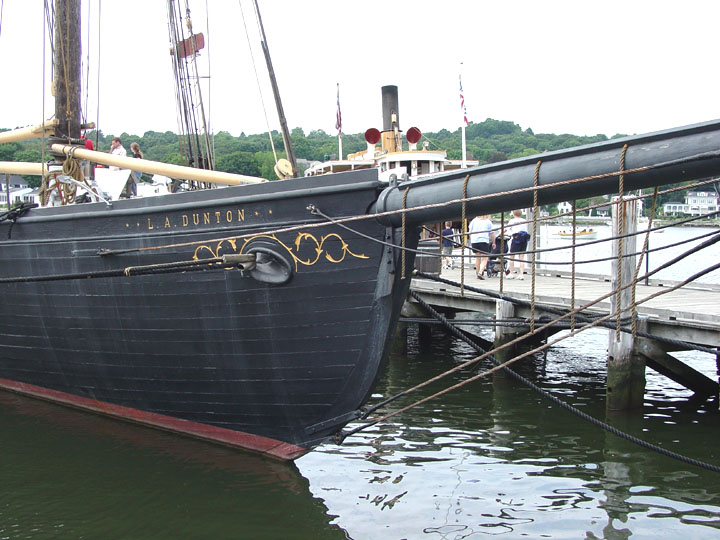 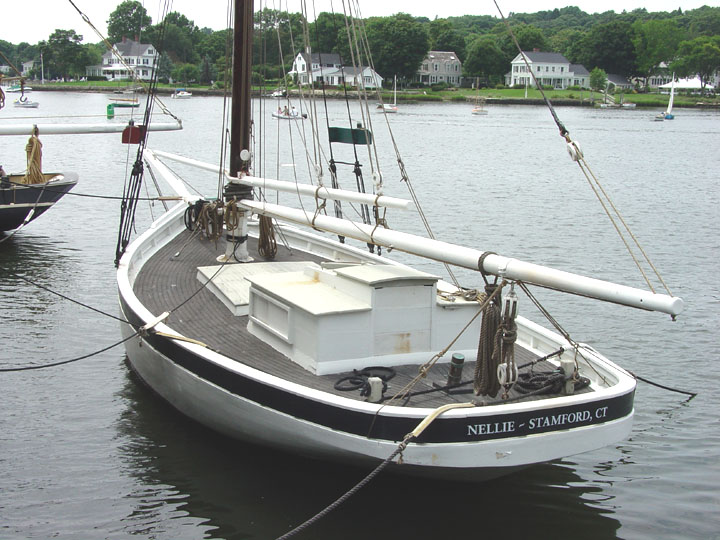 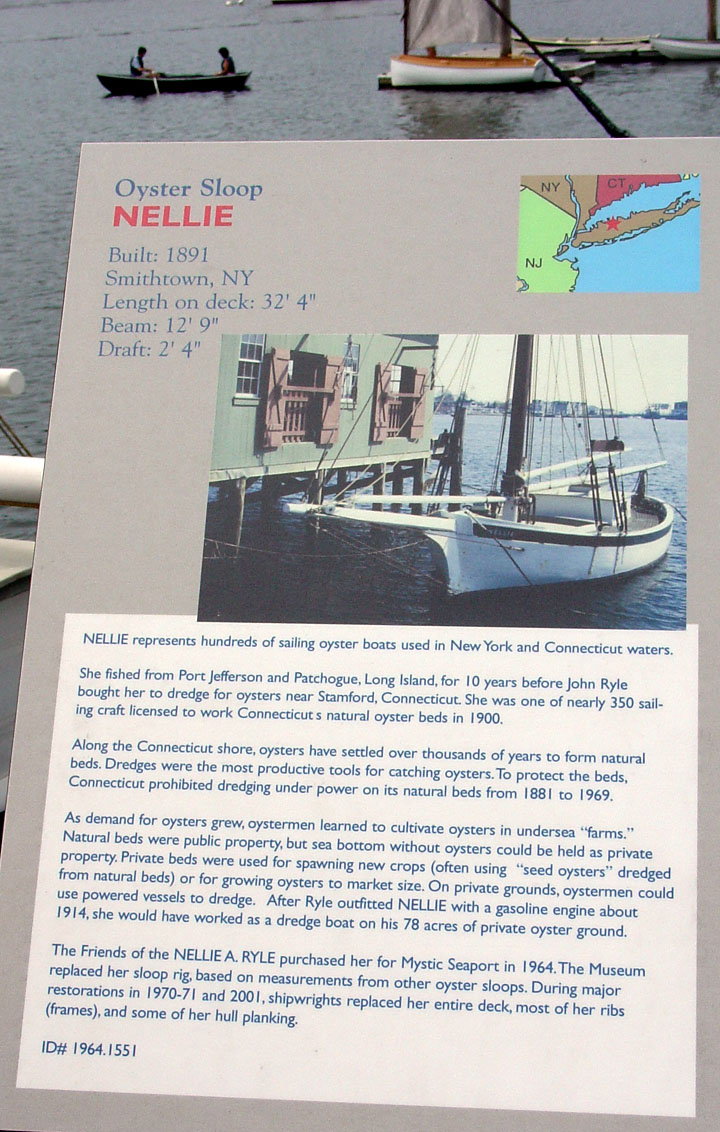 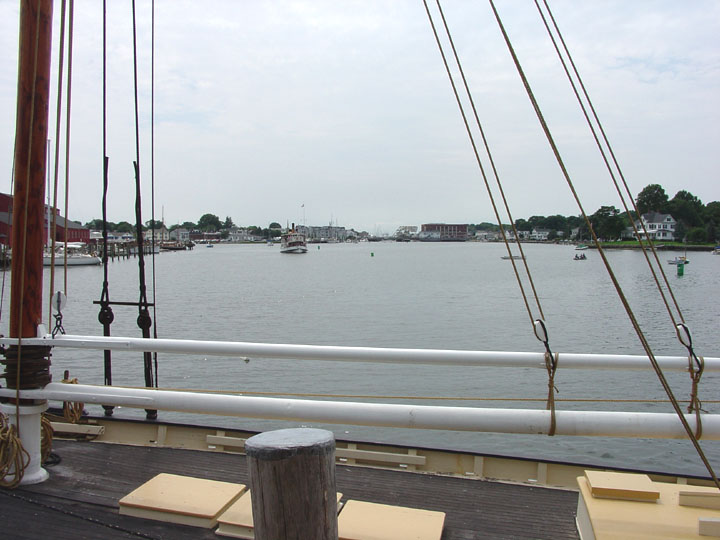 view of the Town of Mystic from the Seaport 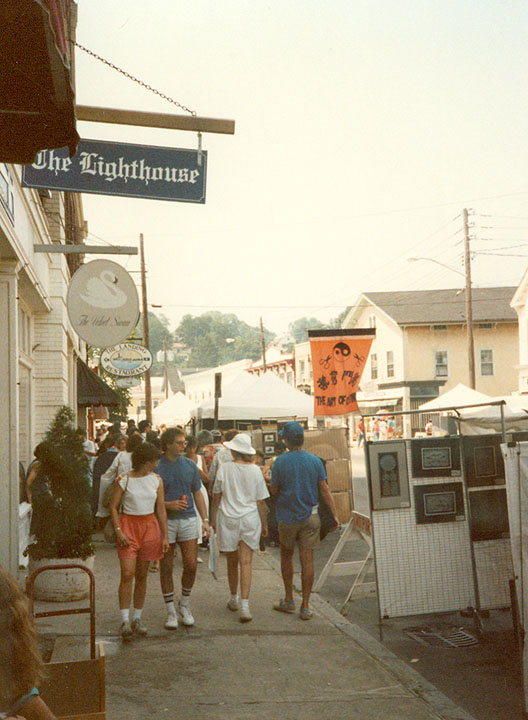 street during the annual Arts festival
held in August 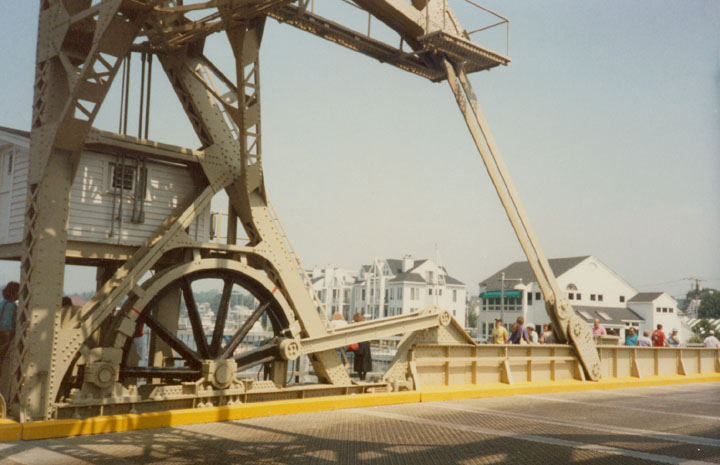 the bridge, a recognizable landmark of the town of Mystic

More Photos of the town of Mystic