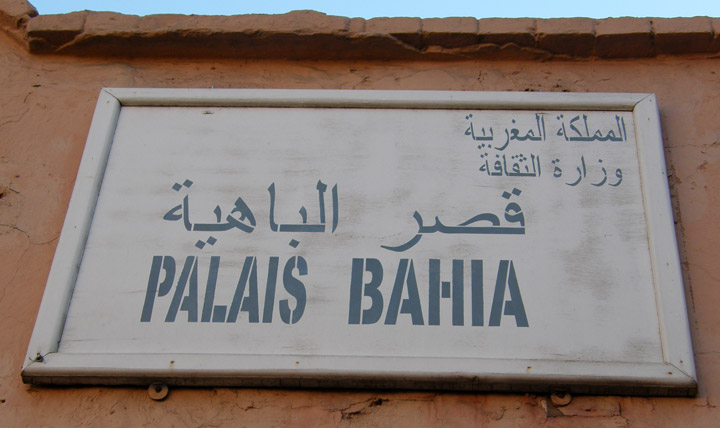 The Bahia Palace is a palace and a set of gardens located in Marrakech, Morocco. It was built in the late 19th century, intended to be the greatest palace of its time. The name means 'brilliance'. As in other buildings of the period in other countries, it was intended to capture the essence of the Islamic and Moroccan style. There is a 2 acre (8,000 m²) garden with rooms opening onto courtyards. 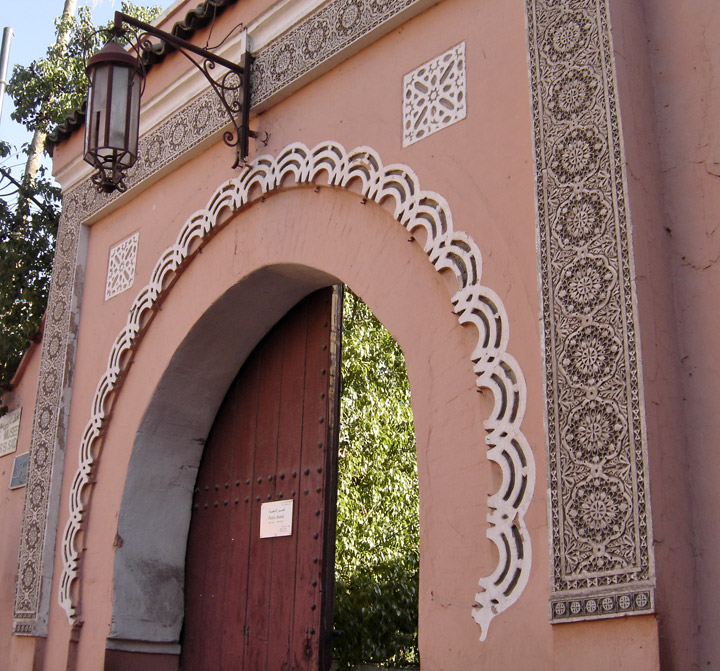 Set up at the end of XIXth century by Si Moussa, grand vizier of the sultan, for his personal use, this palace would bear the name of one of his wives. Here, the harem, which includes a vast court decorated with a central basin and surrounded by rooms intended for the concubines. As the black slave Abu Ahmed rose to power and wealth towards the end of the 19th century, he had the Bahia palace built by bringing in craftsmen from Fez. The structures tell a lot about the taste of the nouveau-riche of its time, and can appear vulgar to modern tastes. It was intended to become the greatest palace of its time, but it is really dominated by hasty planning as well as uninspired detail work. This doesn't make the palace less worth visiting, it is a monument of its time, and served even as the residence of the French resident general, Lyautey. 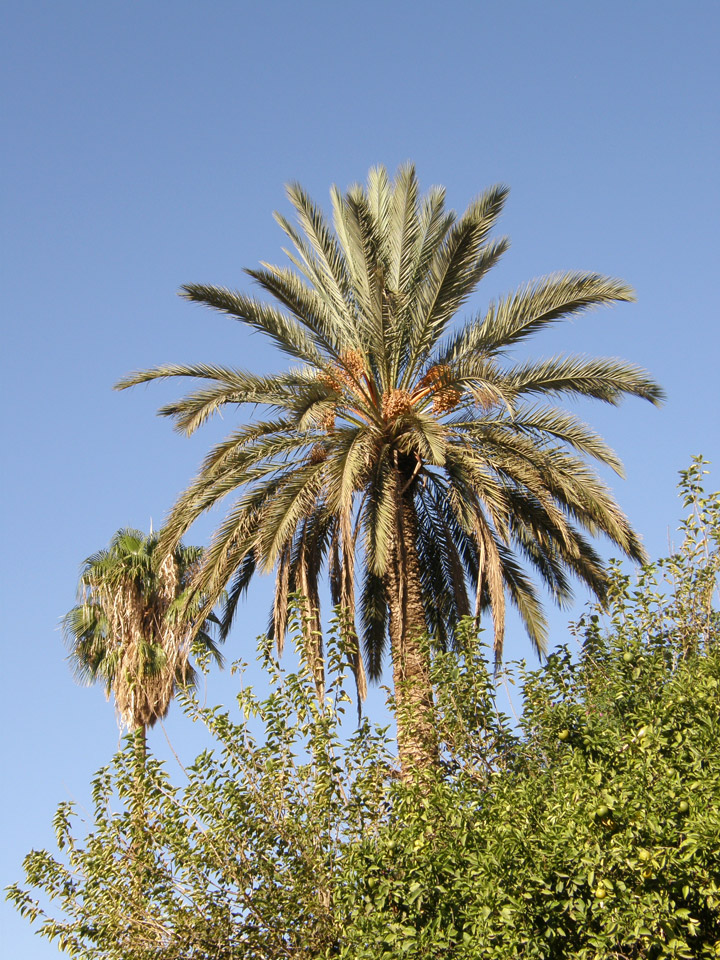 in the palace garden 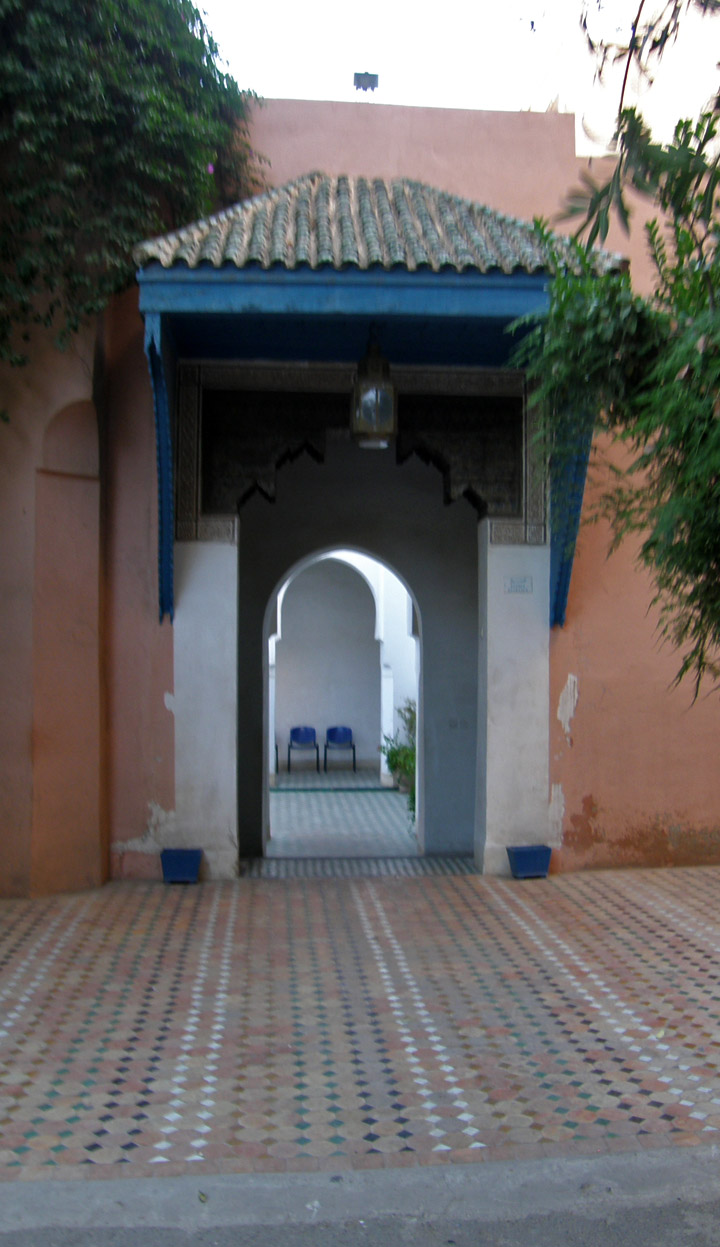 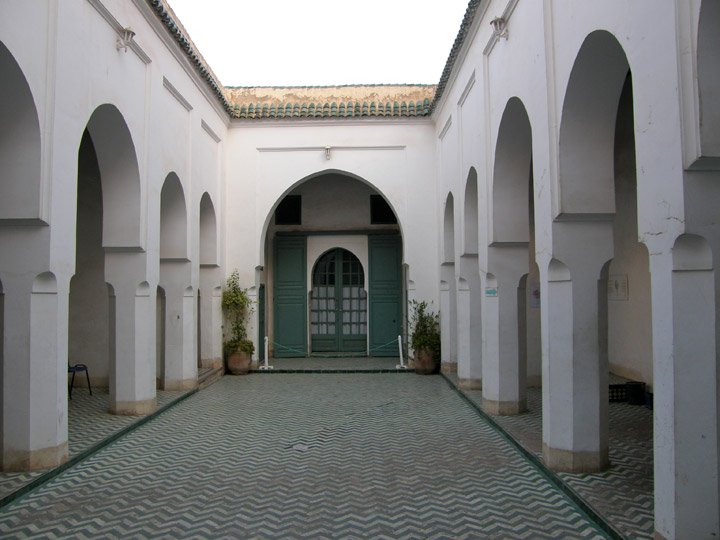 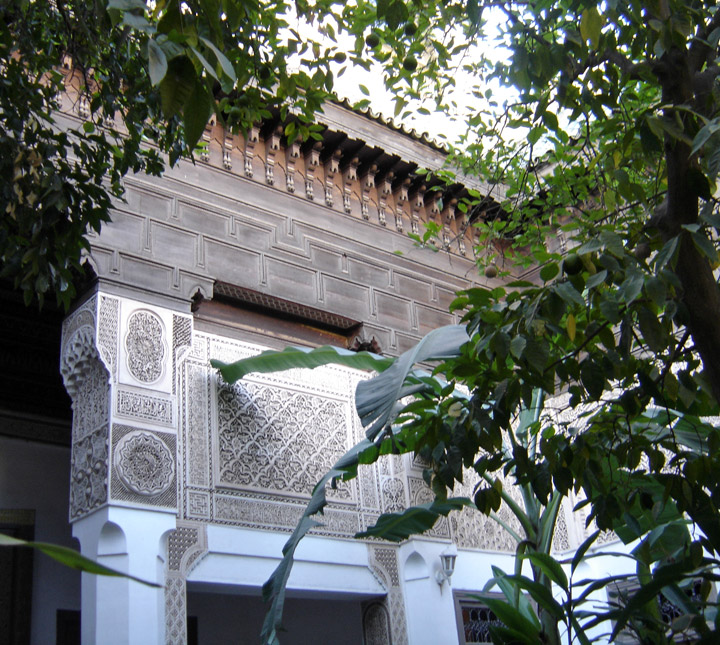 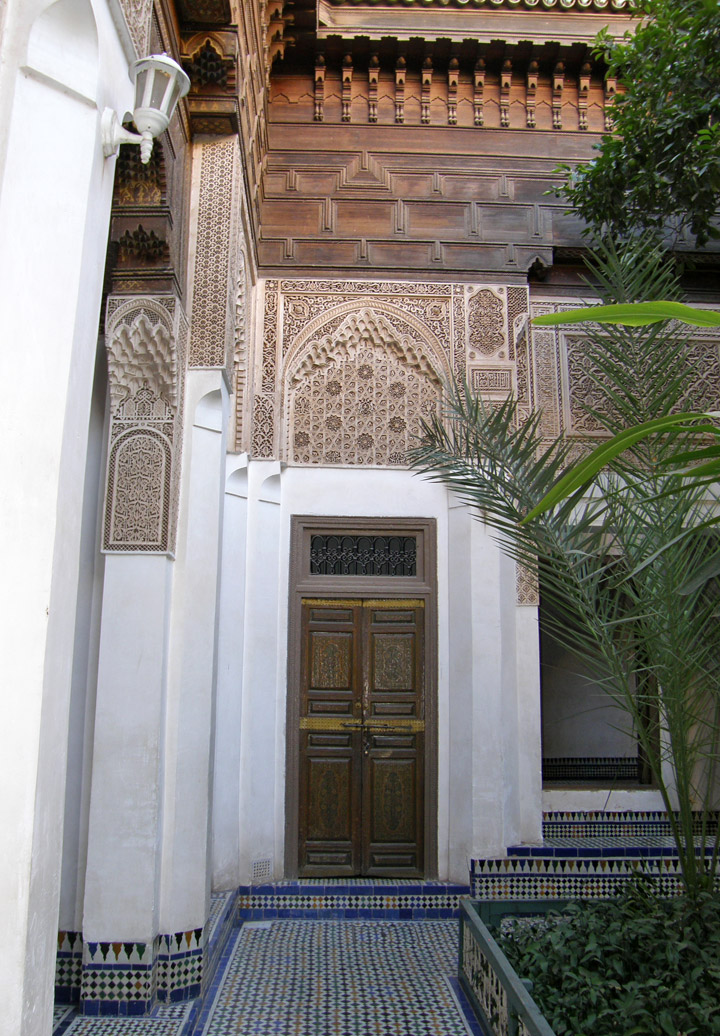 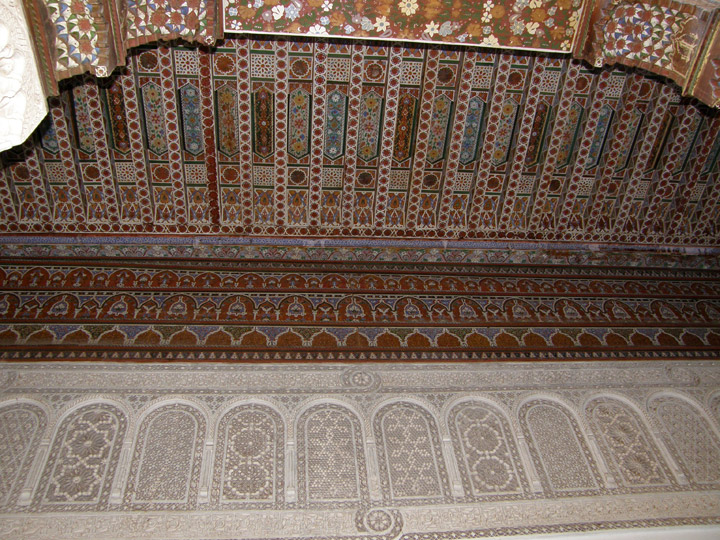 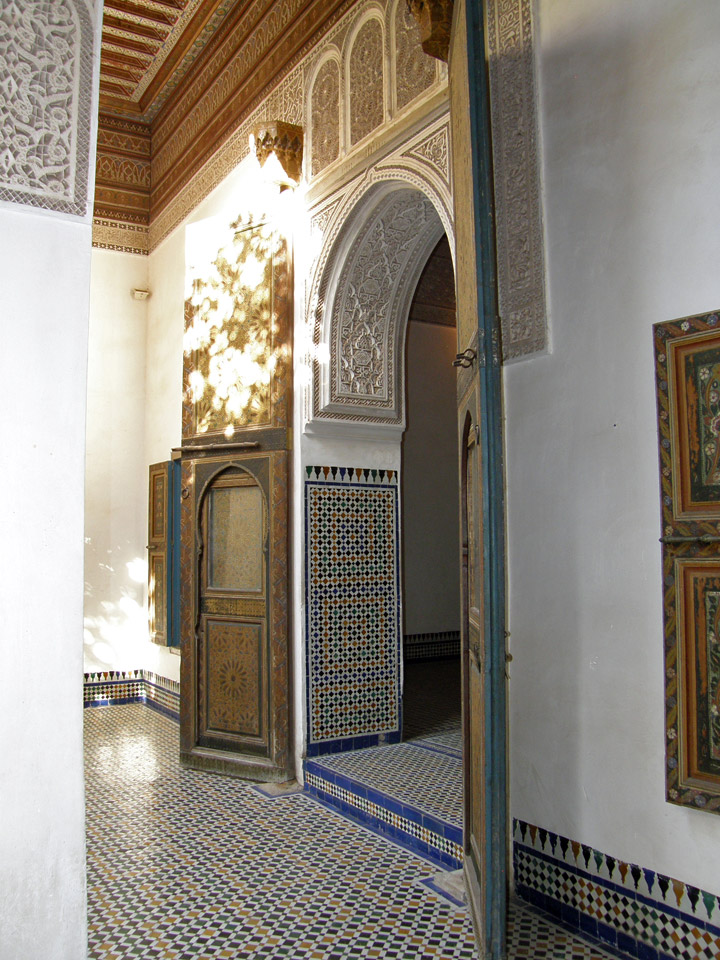 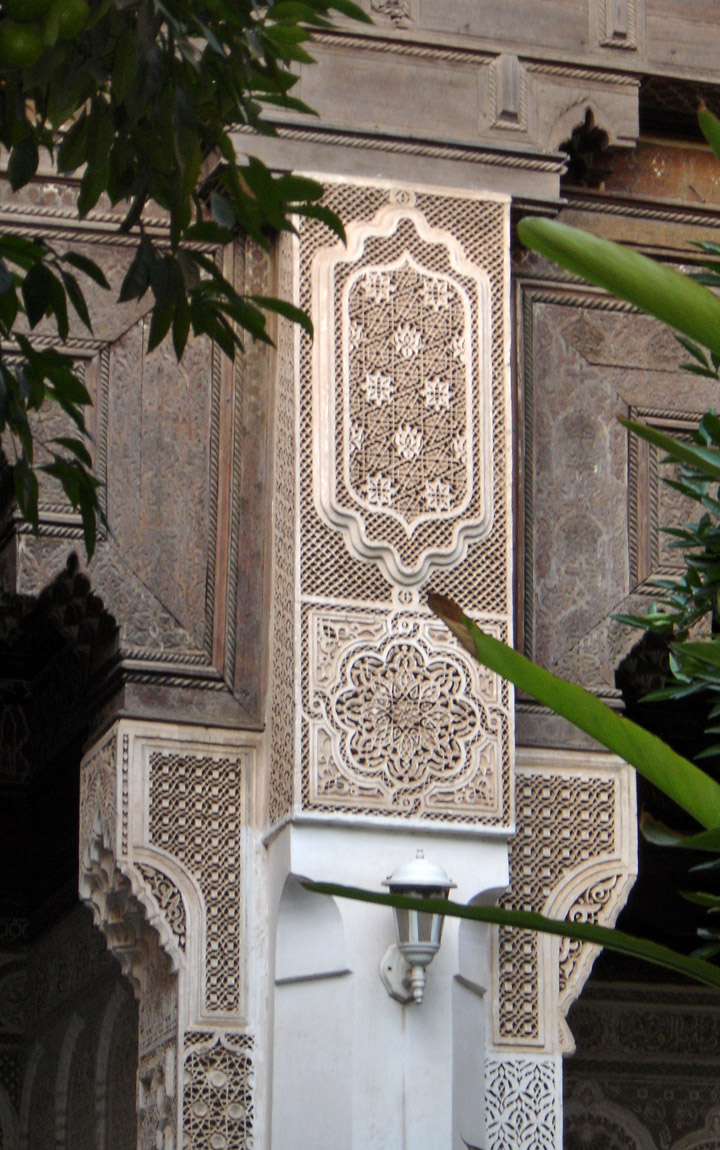 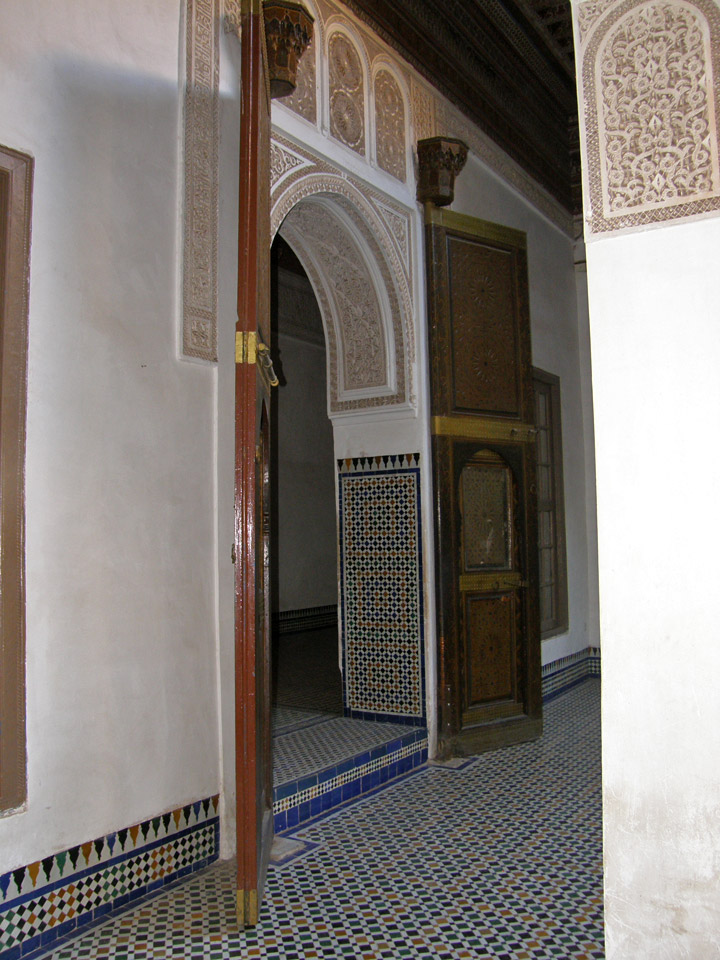 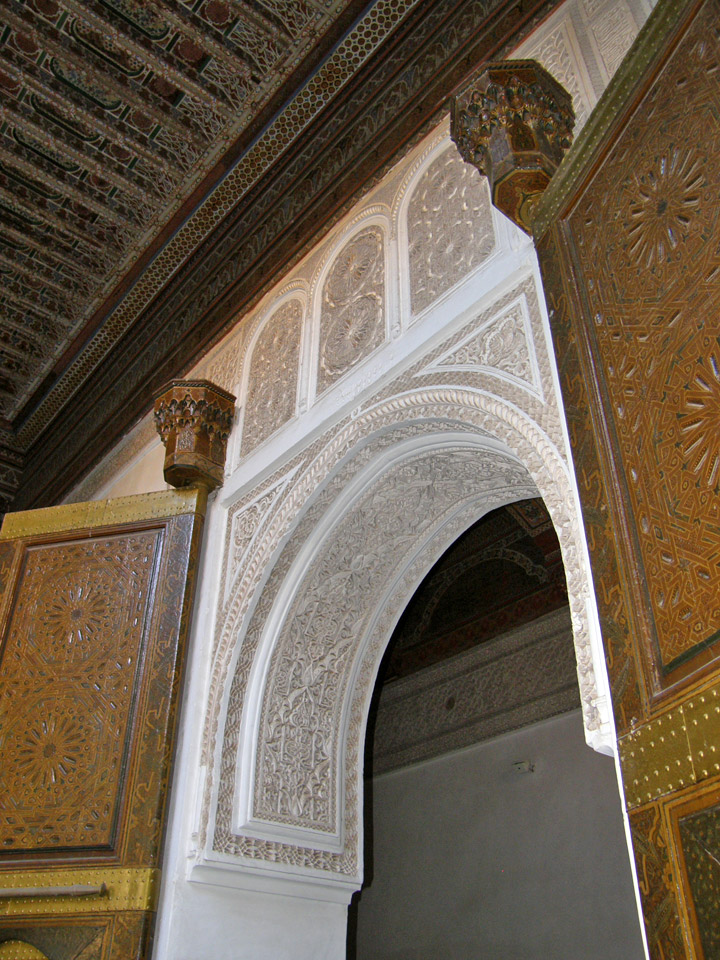 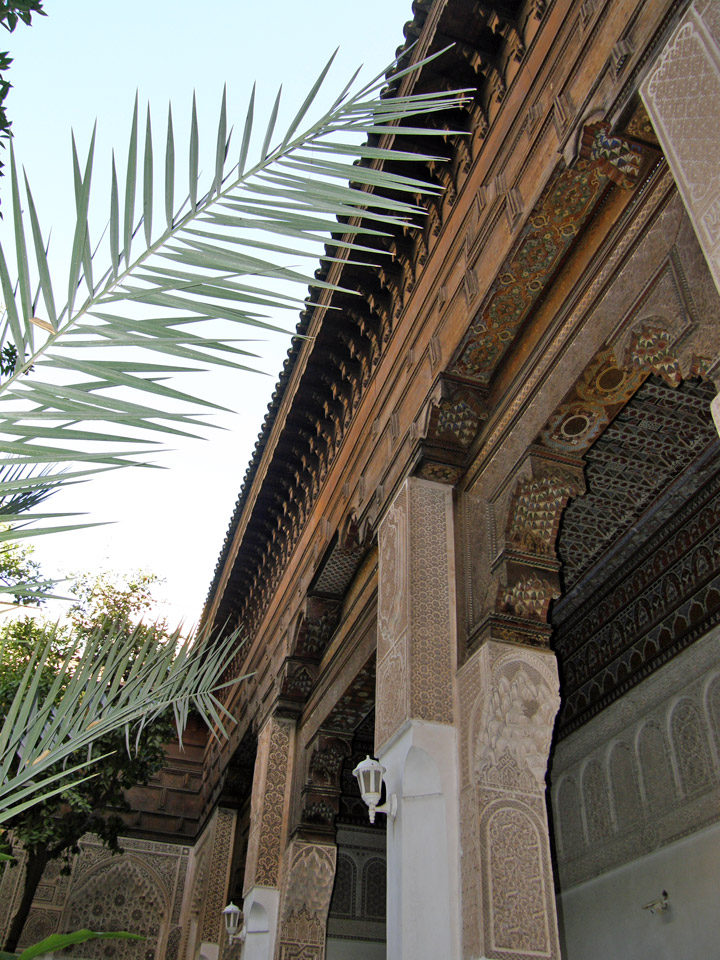 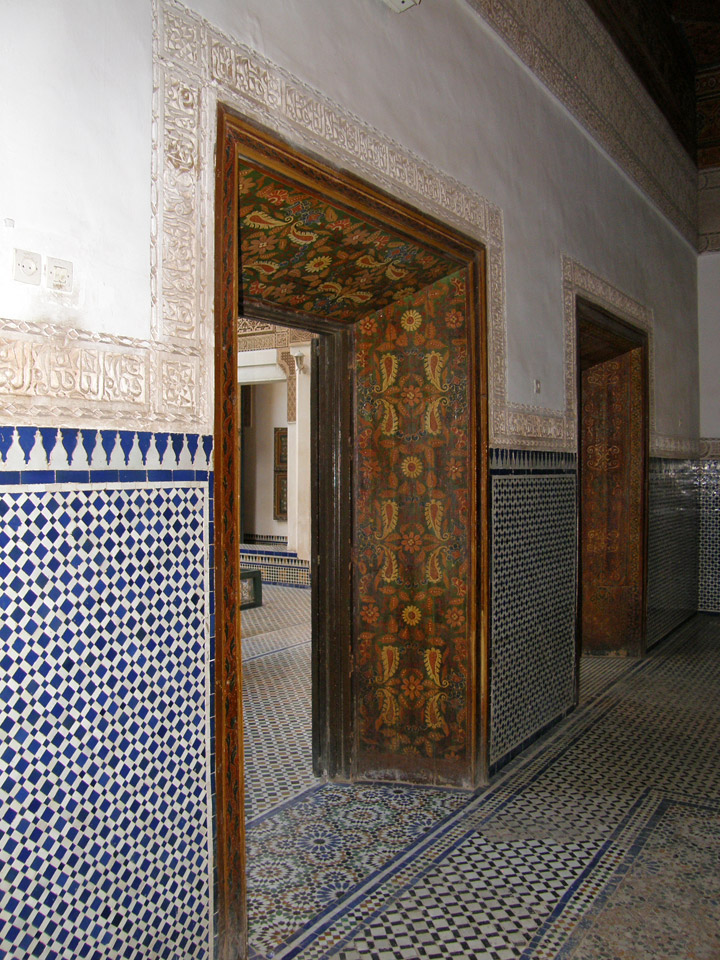 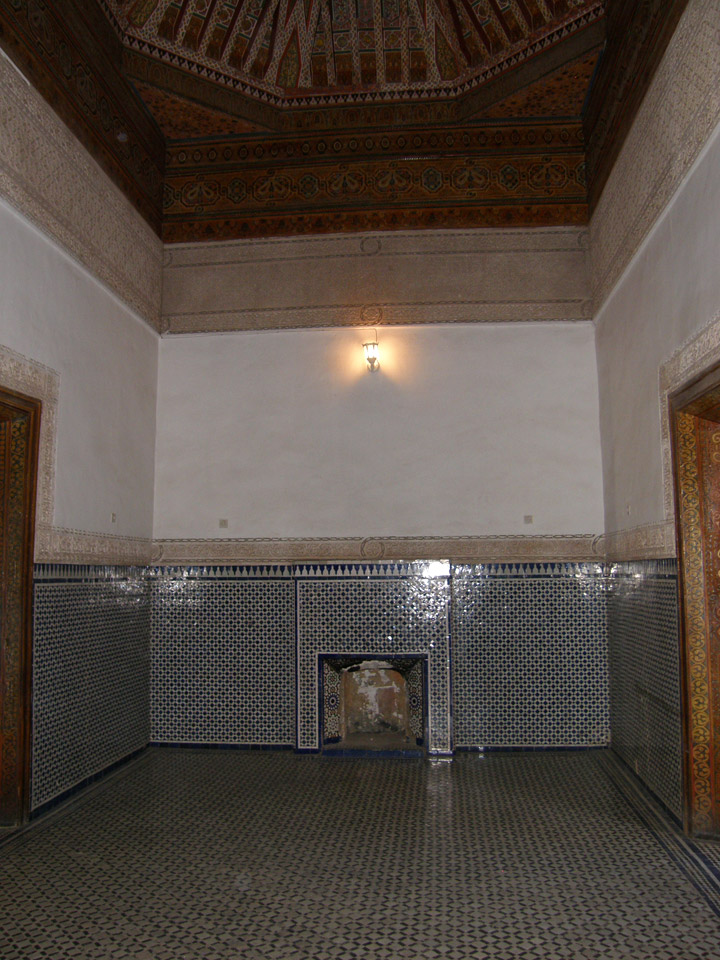 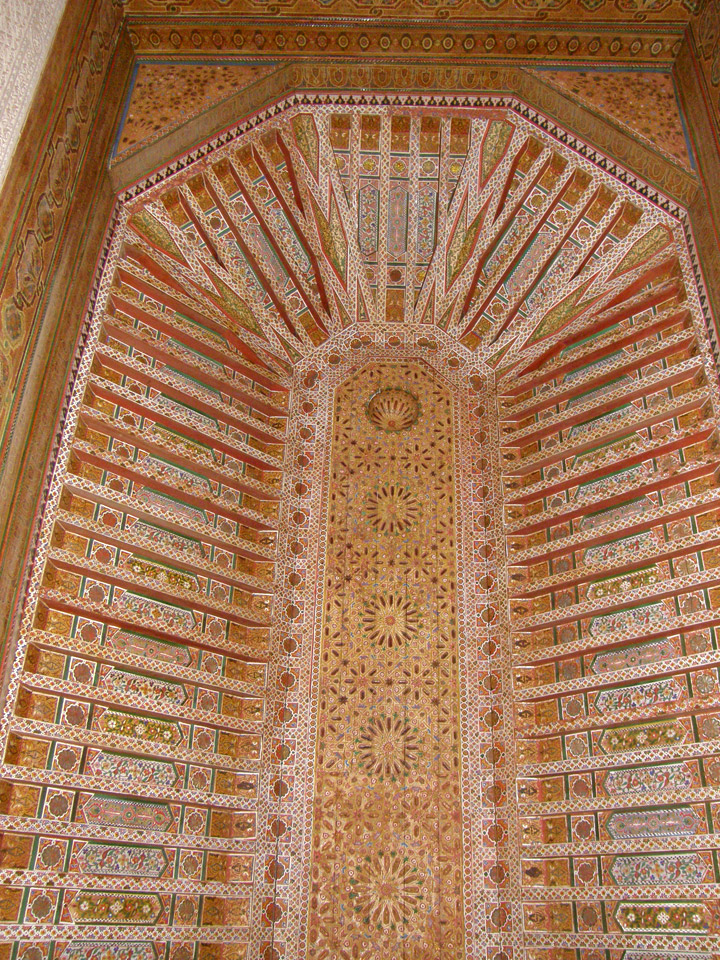 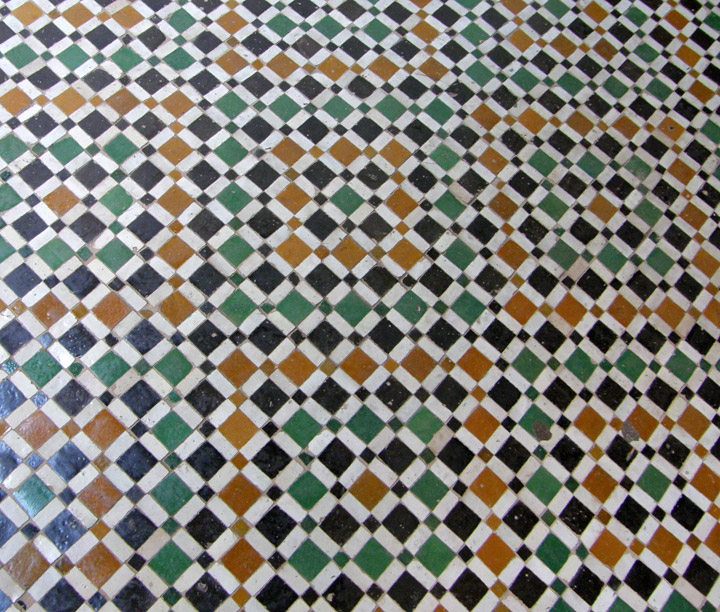 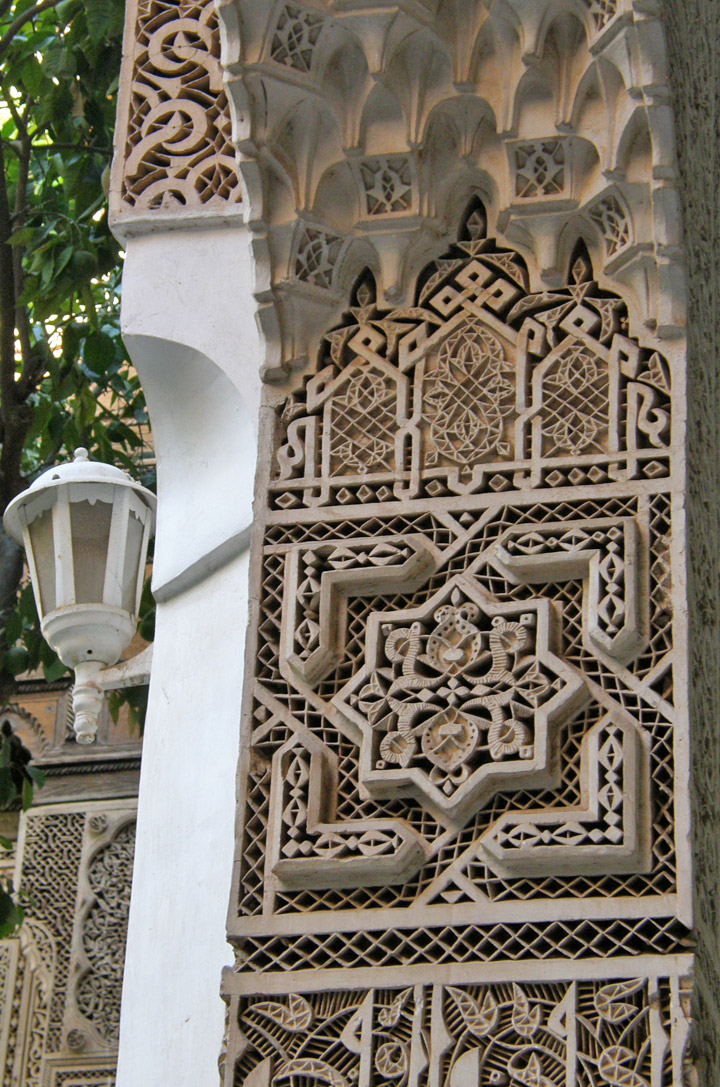 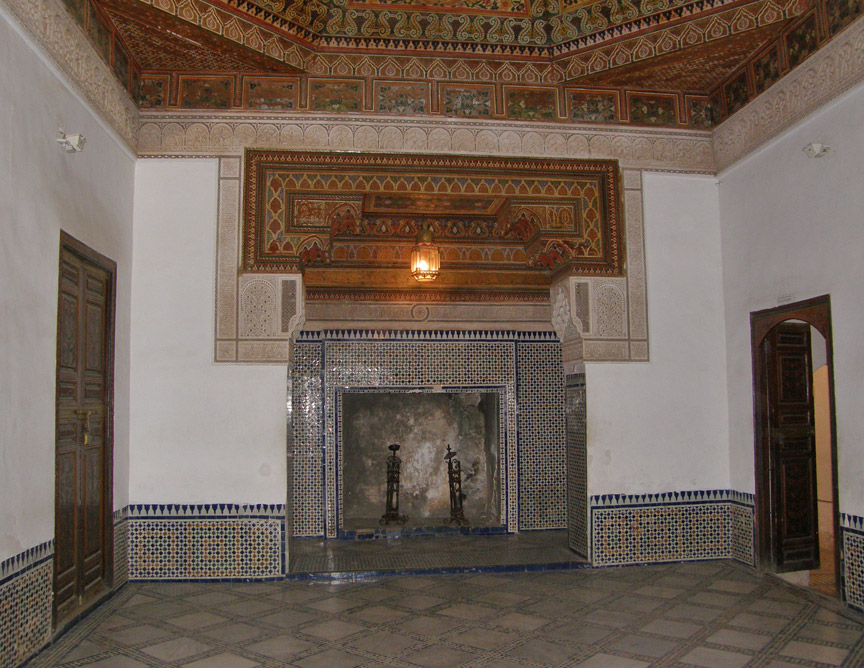 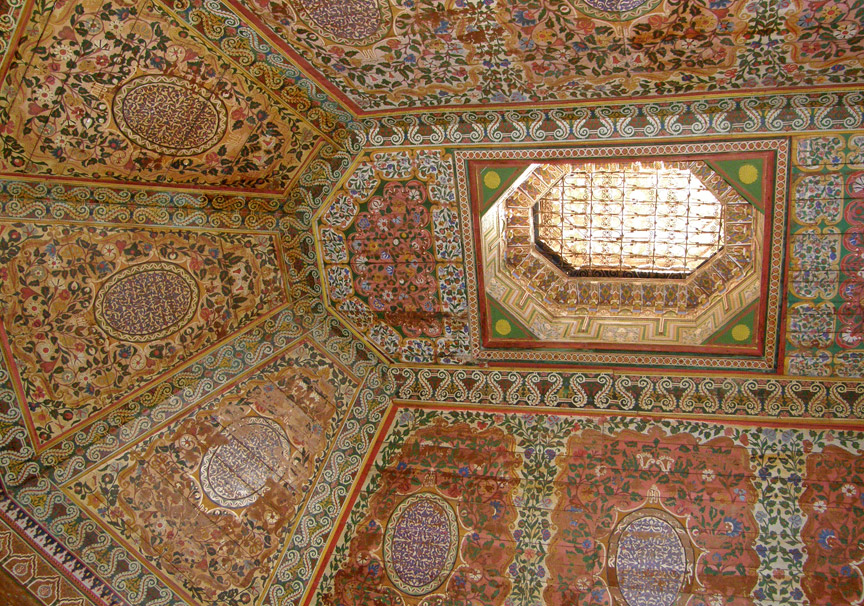 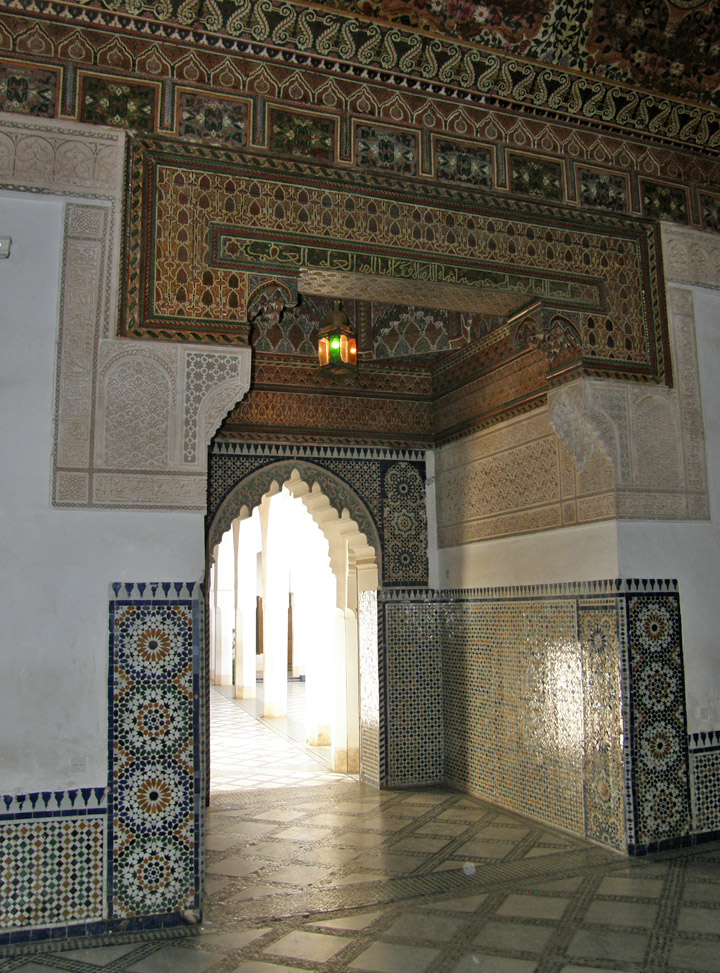 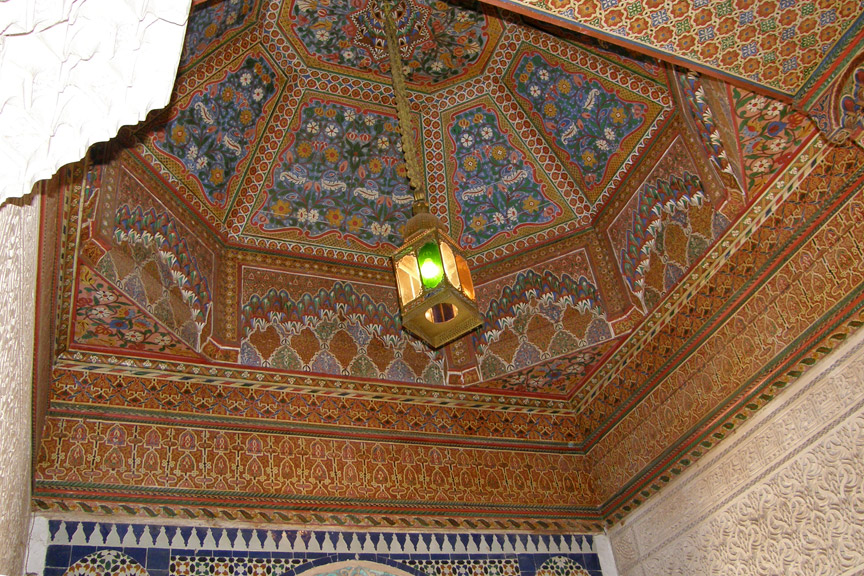 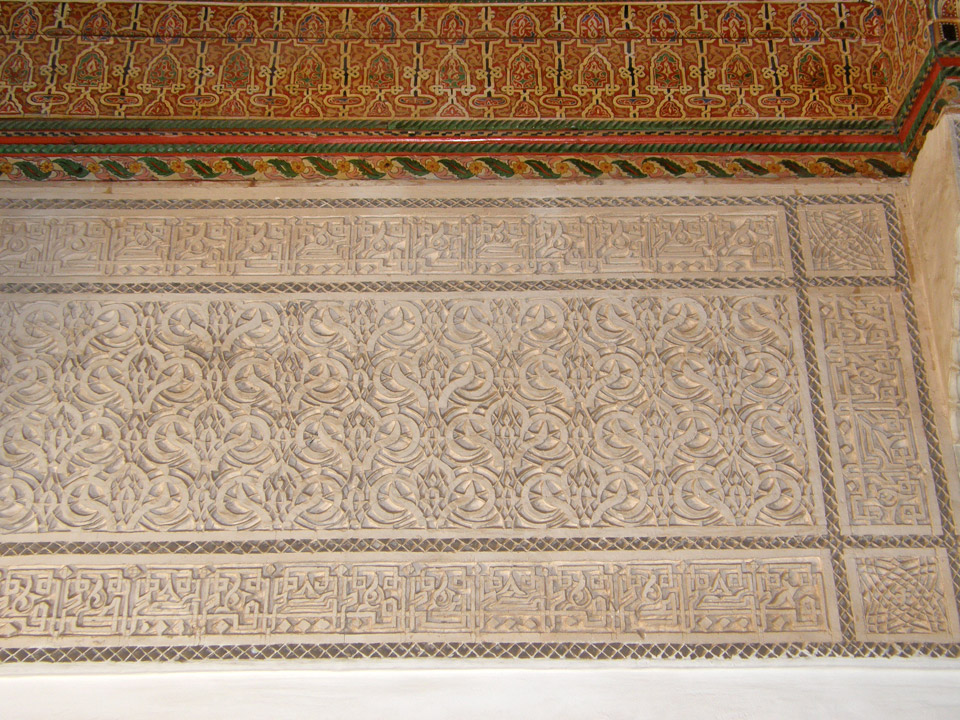 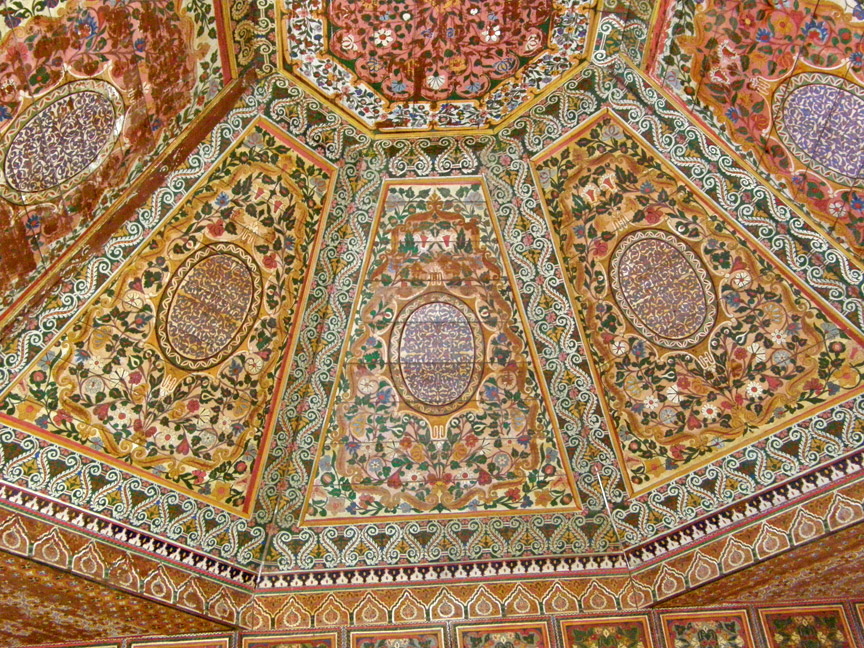 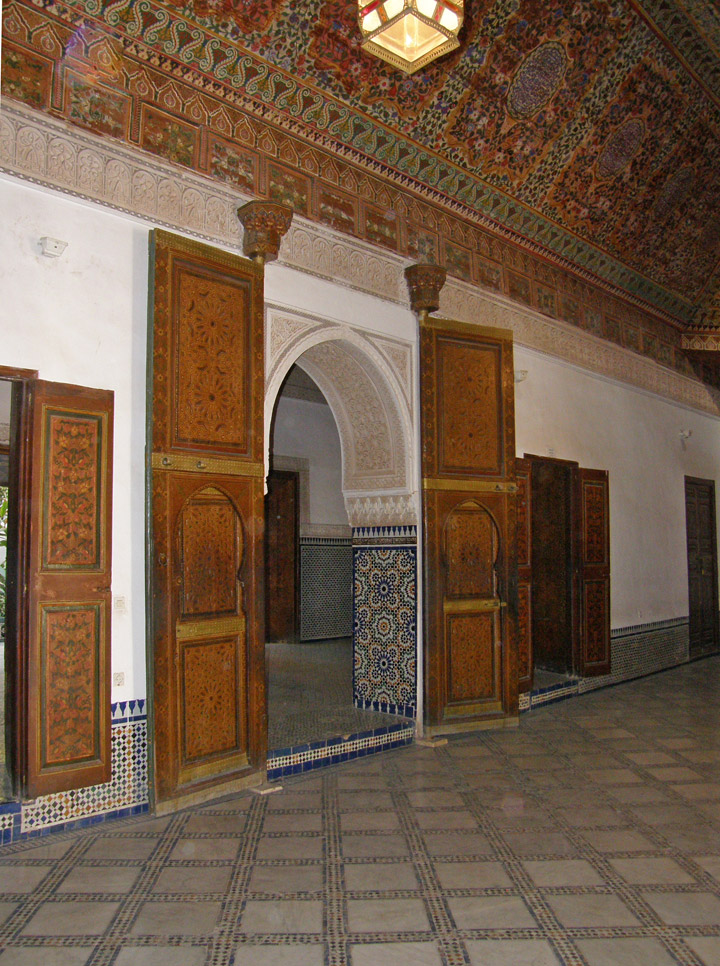