Observing a "Sing-sing" where one village pays off a debt to another, is one of the delights that can still be observed in PNG. They gather kena shells, pigs, food of all kinds and walk to the other village in mass. As they meet most of the wealth gathered to pay off the debt is consumed in the feast. Highly adorned body costuming using palm leaves and paint makes the observation a visual delight. 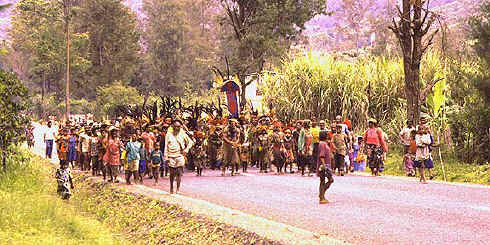 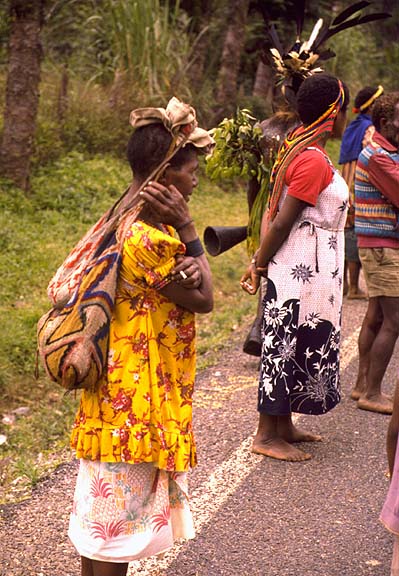 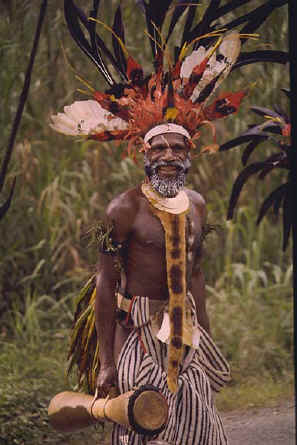 The South shore of the Indonesian end of the island of New Guinea is a marshy, swampy area with people still living as they have for years. Arriving by Zodiac, our party was met by about 20 war canoes rowed by males wearing paint, grass and feathers. They surrounded our Zodiac and "captured" us and took us to their village. There was dancing, a mock battle concerning the capture of a woman, and some wood carving for sale. The interesting thing was that this "show" was arranged by the barter of a few pounds of tobacco. 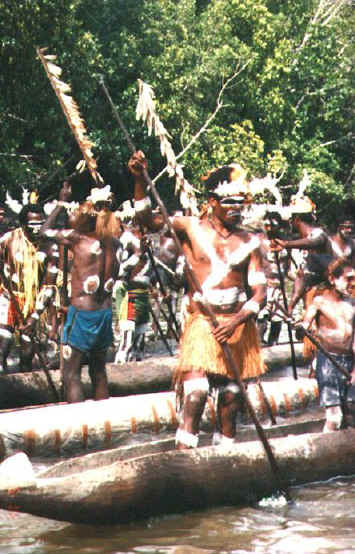 More photos of the Asmat

The Northern portion of Burma around Lake Inle was when I visited 10 years ago yet an unspoiled area. No paper bags or rubber bands. When you purchased boiled down sugar cane candy it was wrapped in leaves and tied with palm strips. The oarsmen on Lake Inle row standing to go to the many floating garden islands. A fantastic area to visit. 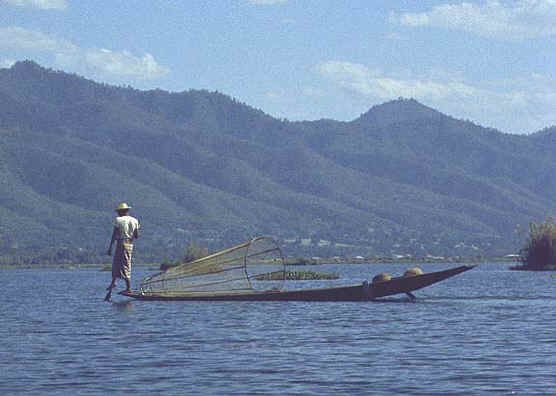 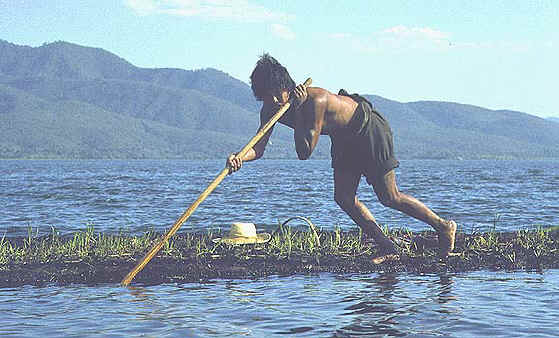 Because it was so inaccessible Timbuktu was considered the end of the world. It was a transfer station for the caravans from North Africa to boats on the Niger river reaching into Central Africa. Salt came South with the gold and other riches of Central Africa going north. My visit to Timbuktu was by native boat on the Niger river going North into the desert. Two days on the boat, with a camp stop on the bank, were required to reach the town. One of the adventures was a ride on camels to a Toureg encampment outside of town. 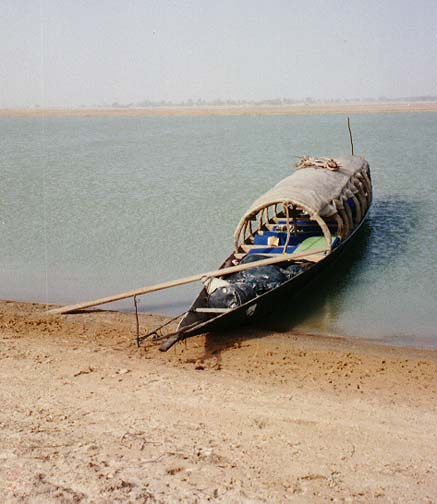 This remote mountain kingdom in the Himalayas is an alpine valley delight, the Switzerland of Asia. First roads were built only in 1958. Traditional costumes, building styles, and the way of life are strictly maintained by the conservative Buddhist government. I visited with a group interested in their distinctive weaving. In the Central valley, often beyond tourism, we stayed in the guest house of the district governor, while visiting local weavers and the annual religious festival. 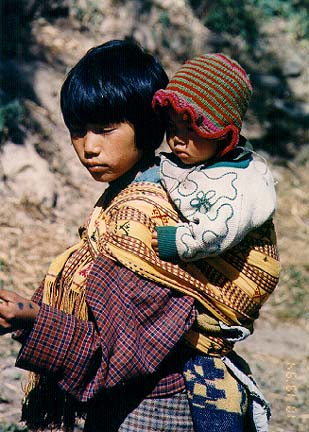 In the remote Southern part of Namibia lie a section of shifting sand dunes (the Sesriem canyon of the Namid desert).

Their colors change with the time of day and are a visual delight and a photographer's dream. 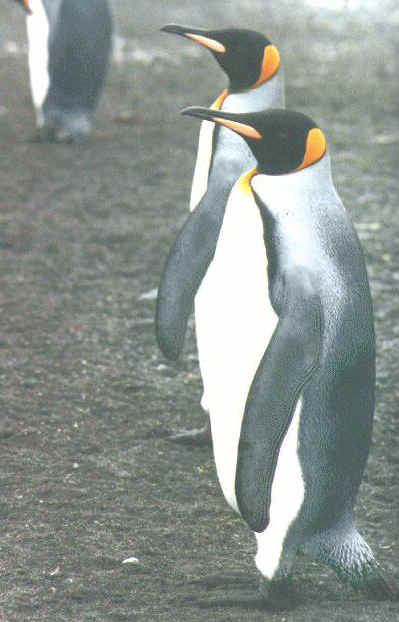 Every two weeks a supply ship, the ARANUI, visits the principal islands of the Marquesas group. These remote Polynesian islands, home to descendants of an ancient Polynesian culture whose spiritual home is on Raiatea, where communication with other areas is often hampered by rocky coasts and often high seas, are a delight to visit. 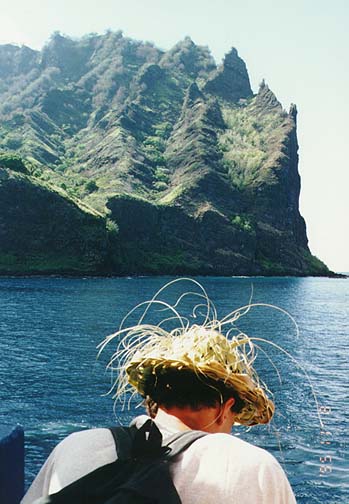 More Photos of the ARANUI voyage to the MARQUESAS

These islands provided some of the clues Darwin used in his evolution of the species theory. They are remote in the Pacific, and separated far enough so that the animal forms could evolve in their separate ways.

The islands, whose animals are largely unaccustomed to people, have a treasure of nature with many endemic species. 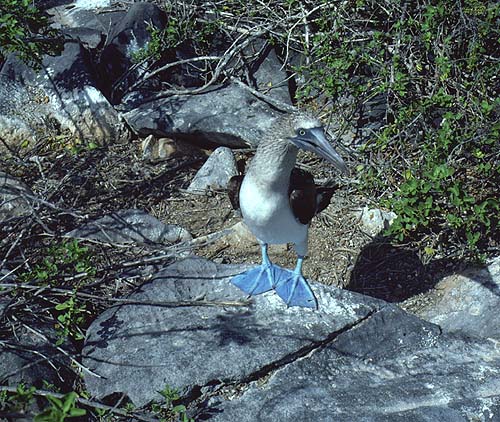 The blue footed booby is one of the more spectacular.

More photos of the Galapagos Islands

Return to The Traveler