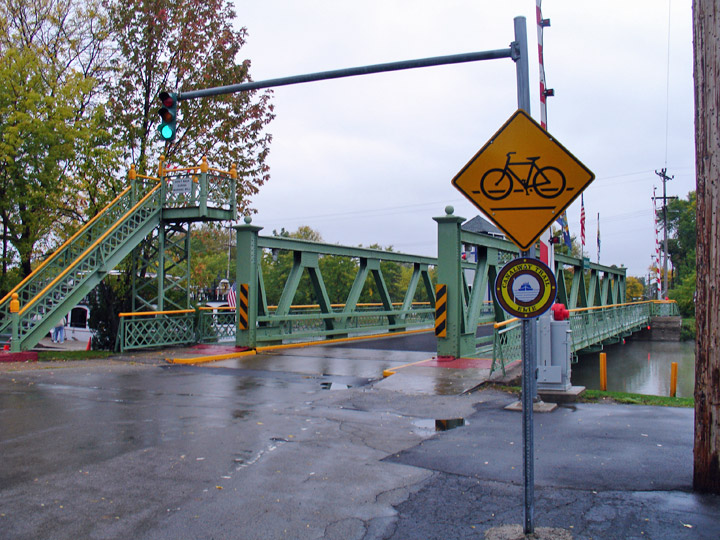 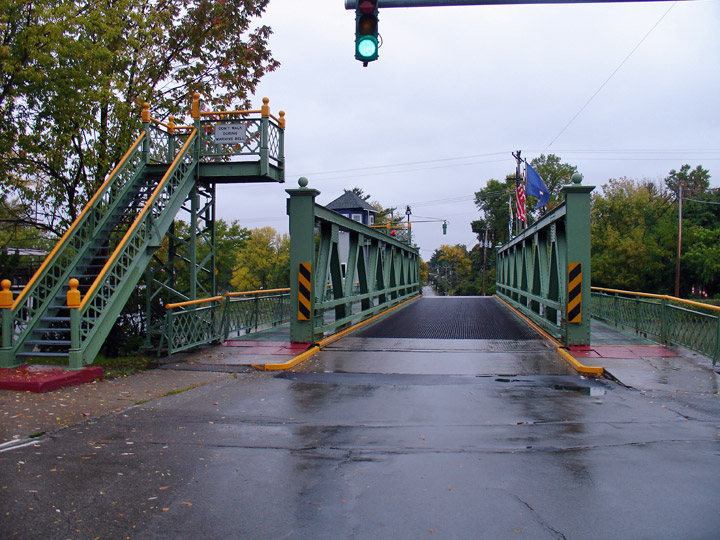 during the heavy barge traffic days, the lift bridge was mostly up
the stairway on the left allowed people to cross the bridge when it was in the up position 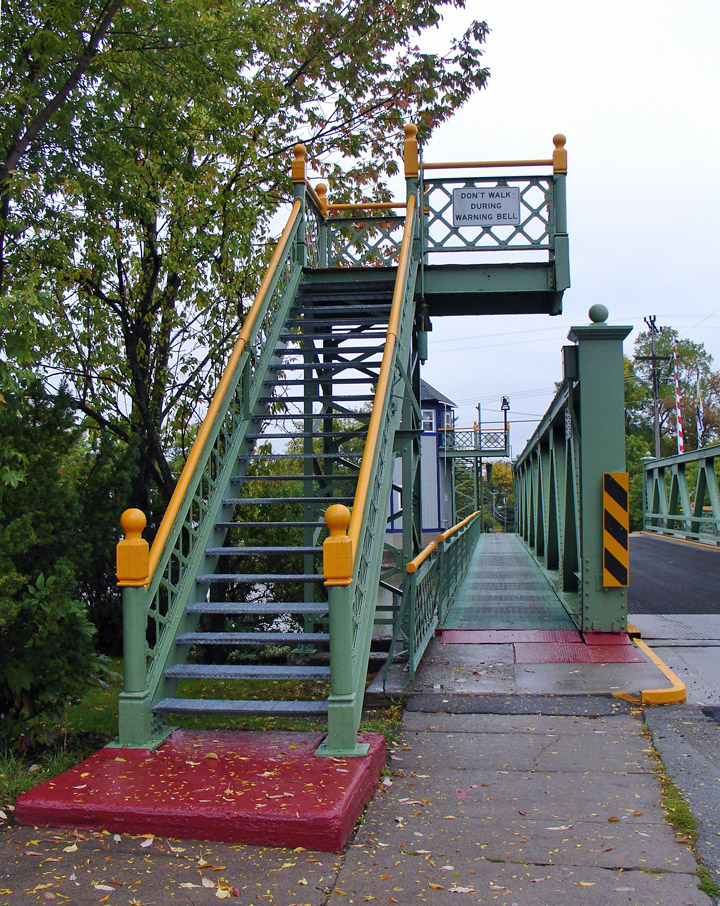 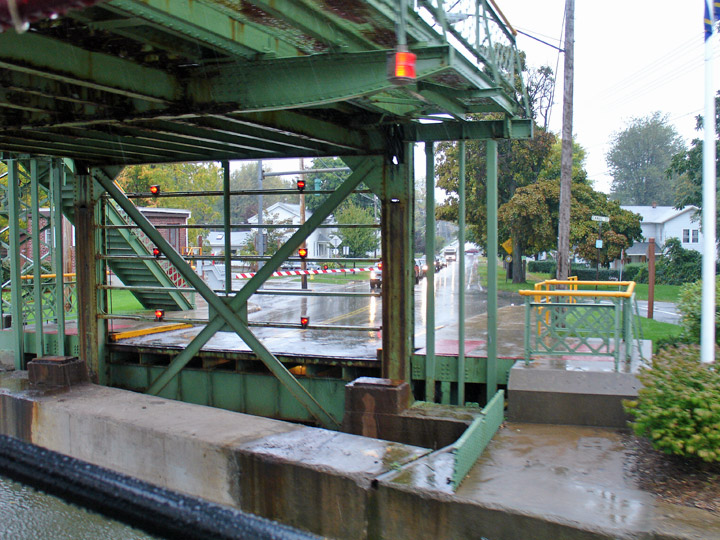 bridge in the up position blocking highway traffic 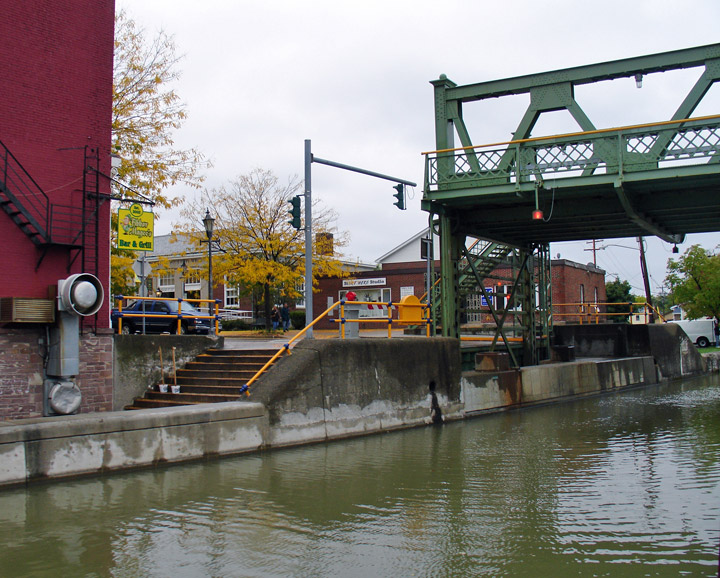 lift bridge on the main street of Brockport, New York

Other Photos from Brockport