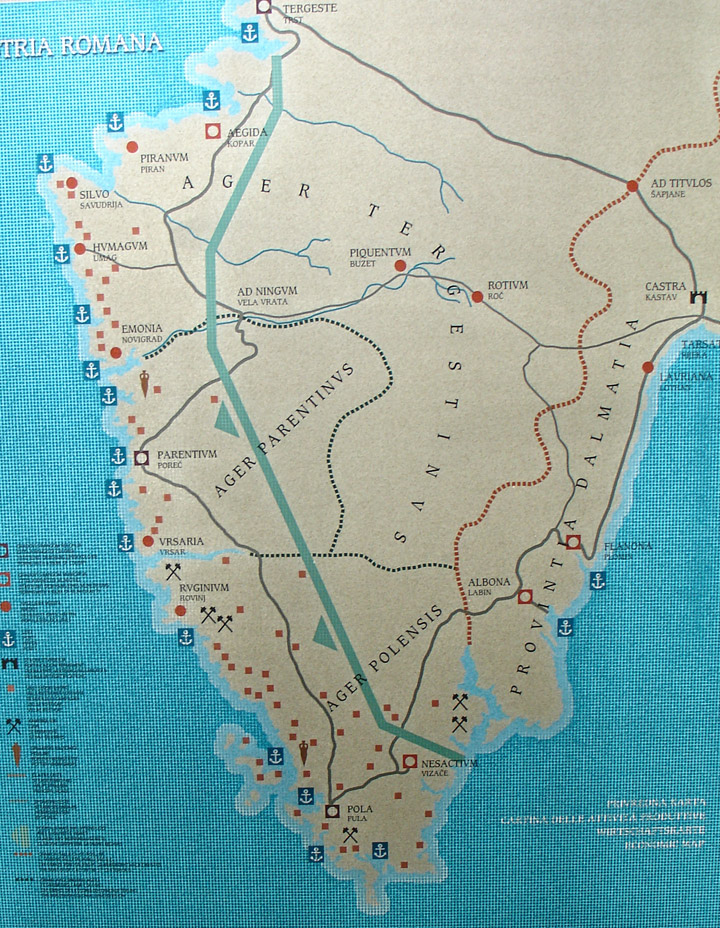 Istria triangular peninsula that is part of Croatia and Slovenia. It extends into the northeastern Adriatic Sea between the Gulf of Venice (west) and the Gulf of Kvarner (east). The peninsula has an area of 1,220 square miles (3,160 square km). The northern portion is part of Slovenia, while the central and southern parts belong to Croatia. A tiny strip of coast at its northwestern base is the site of Trieste and belongs to Italy.

Istria's highly indented shoreline, 267 miles (430 km) in length, exhibits numerous drowned valleys. The west coast has a score of small offshore island groups, the most notable being Brioni (Brijuni). The terrain basically consists of a limestone plateau, much of which lacks water owing to its karst topography. The northeast section consists of the mountains of the Dinaric Alps, with a maximum elevation of 4,596 feet (1,401 m) at Mount Učka. These modest heights slope gradually south and west in undulating terraces toward the Adriatic. Parts of the peninsula have thick forests, and places suffering from the ravages of timber cutting are being reforested. In the waterless karst areas a scrub vegetation prevails. A Mediterranean climate brings hot, dry summers and warm, wet winters.

The population of Istria, approximately two-thirds of which is Croatian, engages mostly in agriculture. Wheat, corn (maize), rye, oats, figs, fruit, and olives are grown in the fertile western and southeastern coastal areas, and cattle are bred. There has been an increase in viticulture, and fishing and shipbuilding are other activities. Salt is obtained from seawater at Piran and Portorož in Slovenia. Raša, in Croatia, is an important site for the mining of high-quality anthracite coal; and bauxite, building stone, and quartz are also extracted. Istria's most important town and harbor is Pula, which has a well-preserved Roman amphitheatre. Opatija and Brioni are best known as seaside resorts.

Istria derived its name from the ancient Illyrian tribe of the Histri and was subdued by Rome in 177 BC after two wars. Under the emperor Augustus most of the peninsula became part of Italy. Slavic peoples began settling there in the 7th century AD. It was successively under the control of diverse Mediterranean powers until 1797, when the peninsula came under the rule of Austria, which developed Trieste as a port. By this time the population consisted of Italians and Austrians in the coastal towns and Slavic farmers in the ruralinterior. After World War I, Italy forcibly seized the peninsula from Austria in 1919 and afterward tried to Italianize the population. But, following Italy's defeat in World War II, Yugoslavia occupied most of Istria in 1947. The peninsula's northwestern section, around Trieste, was finally divided between Italy and Yugoslavia in 1954 after decades of diplomatic wrangling and periodic political crises. Istria quietly became part of Croatia and Slovenia in 1991 when those states became independent nations. Italian minorities remain in both the Slovene and Croatian parts. 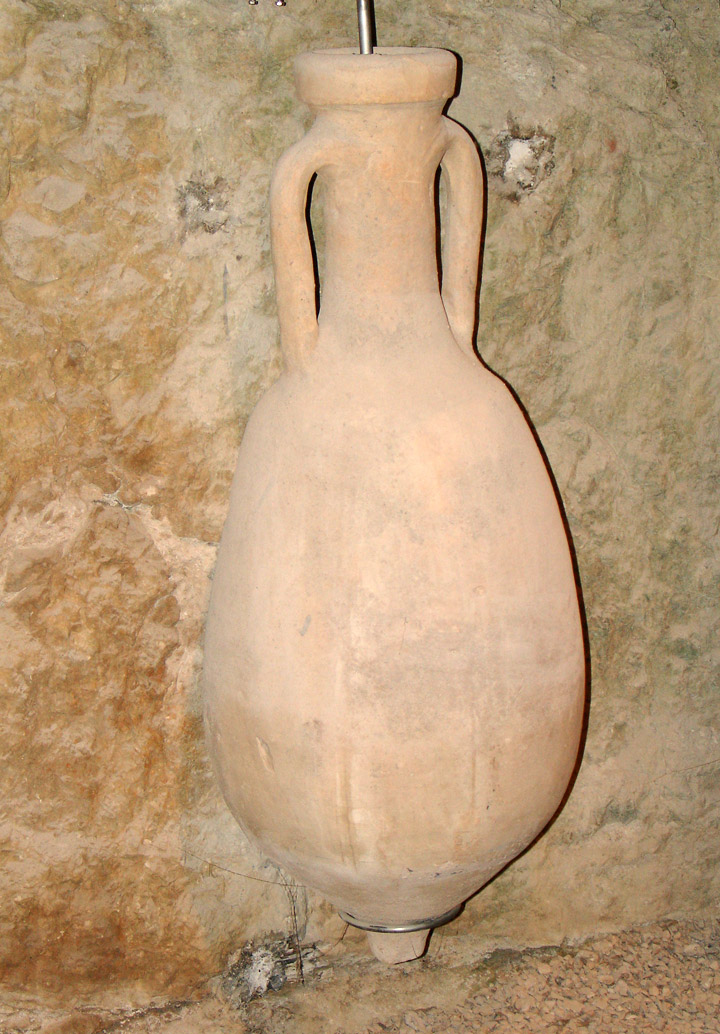 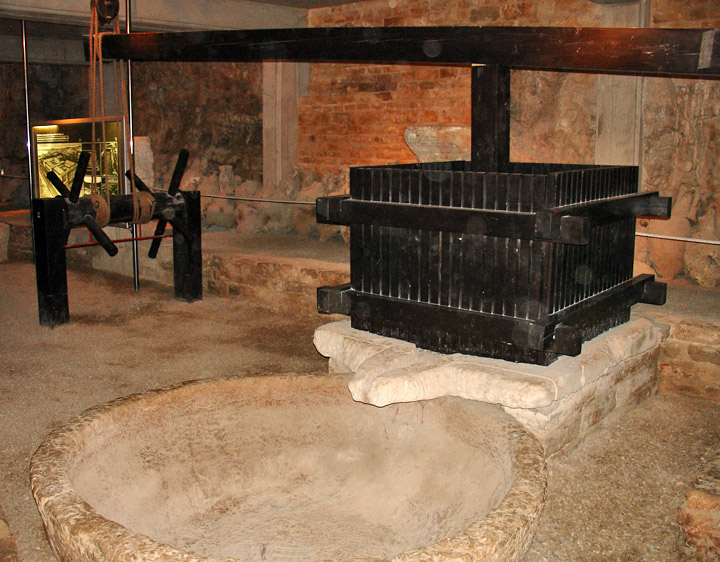 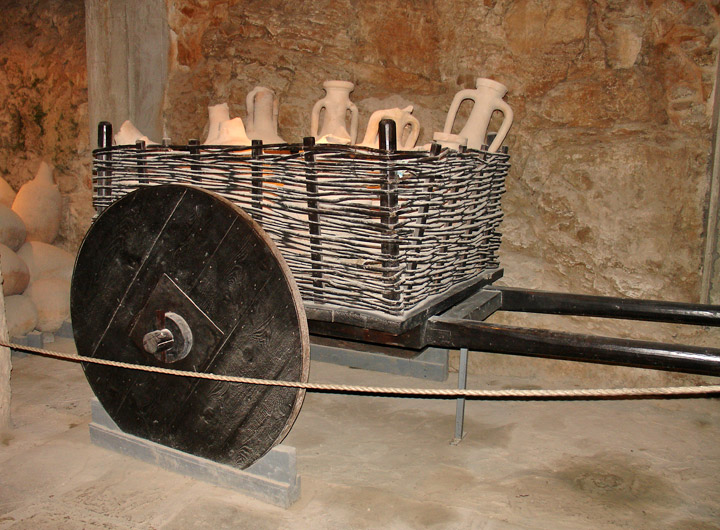 Amphora in a animal drawn wagon 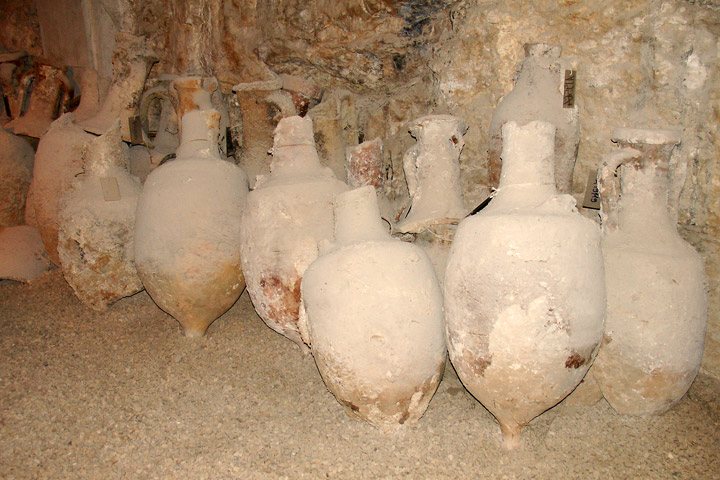 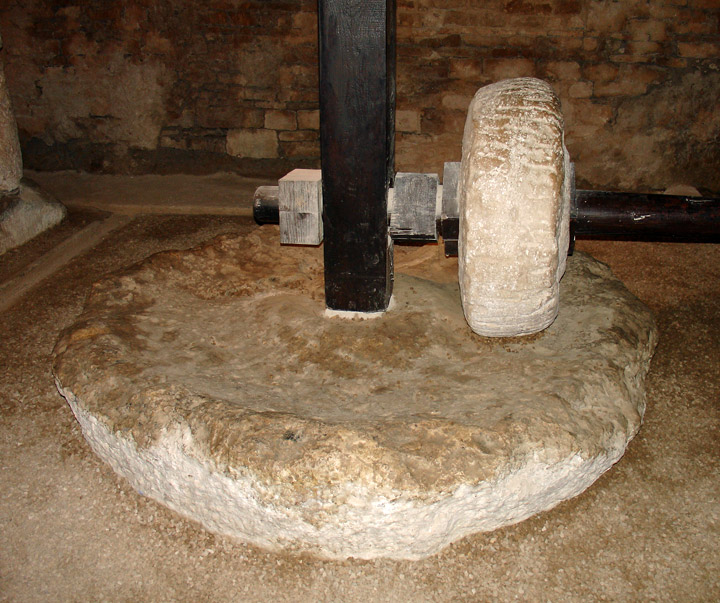 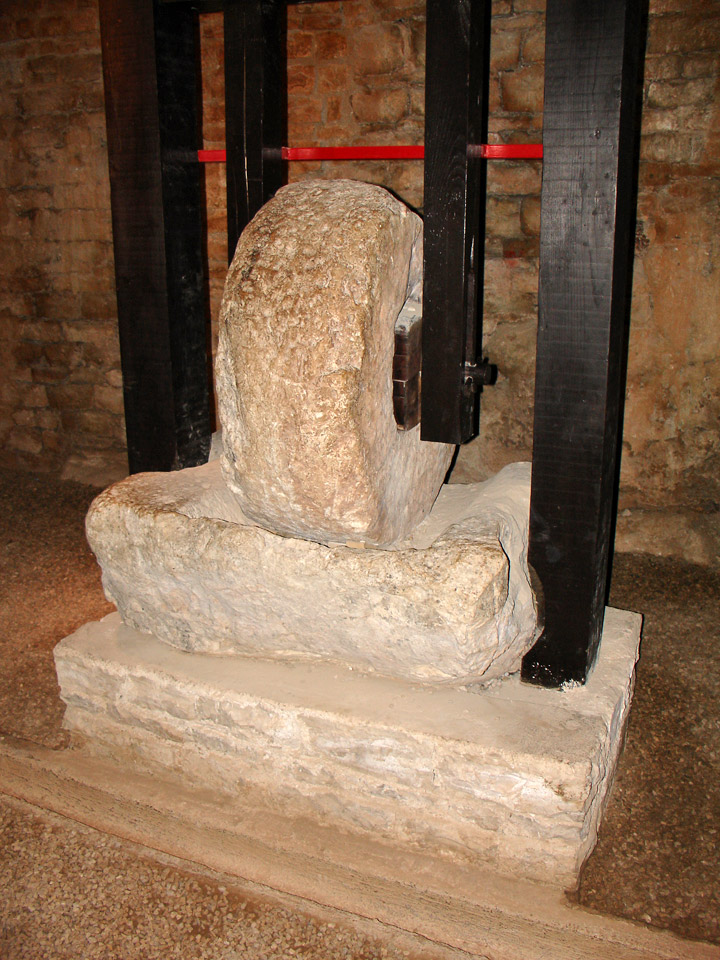 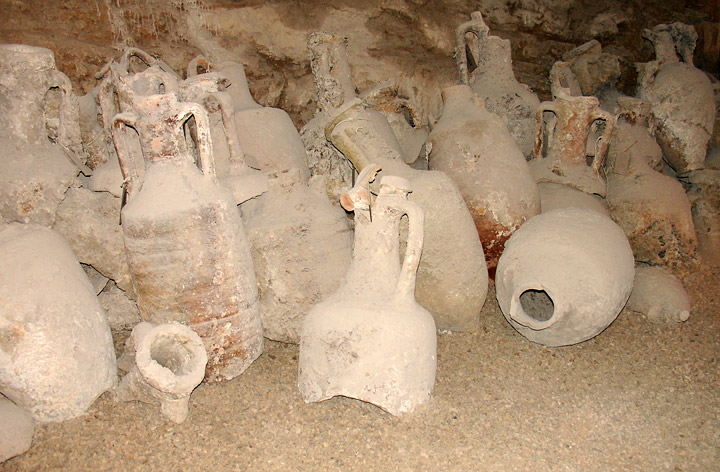 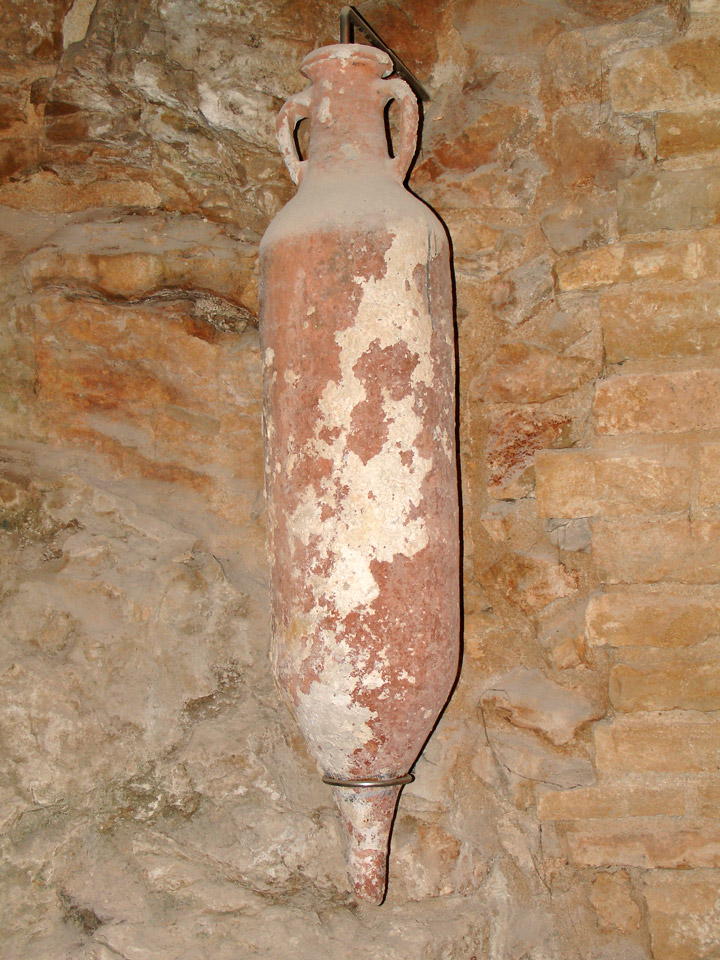 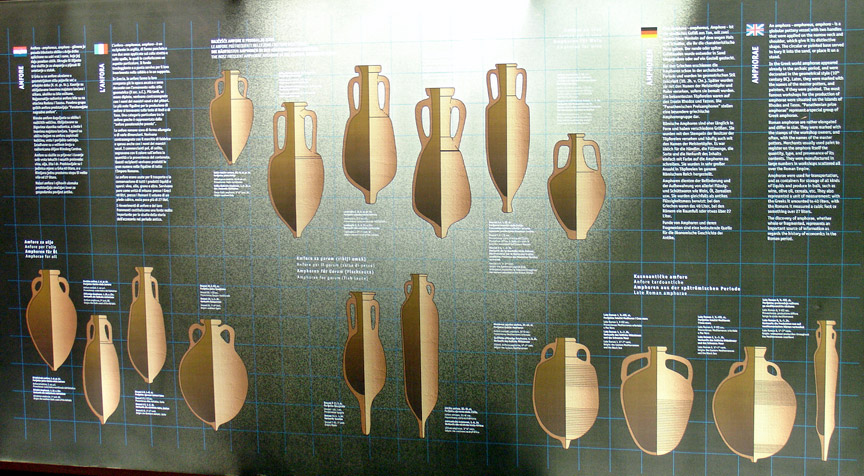 showing the many forms of Amphora found 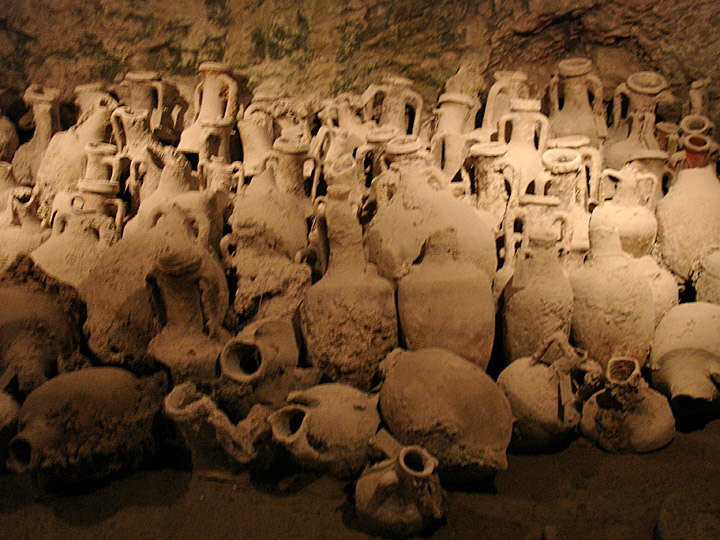 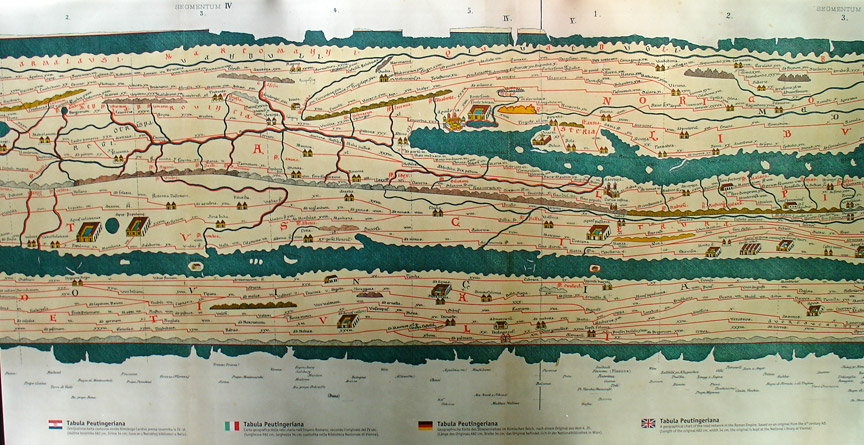 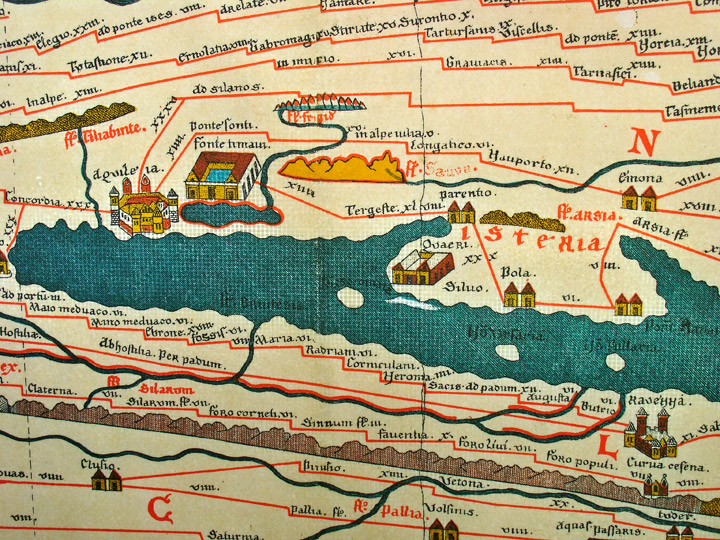 each segment showing one day's walk