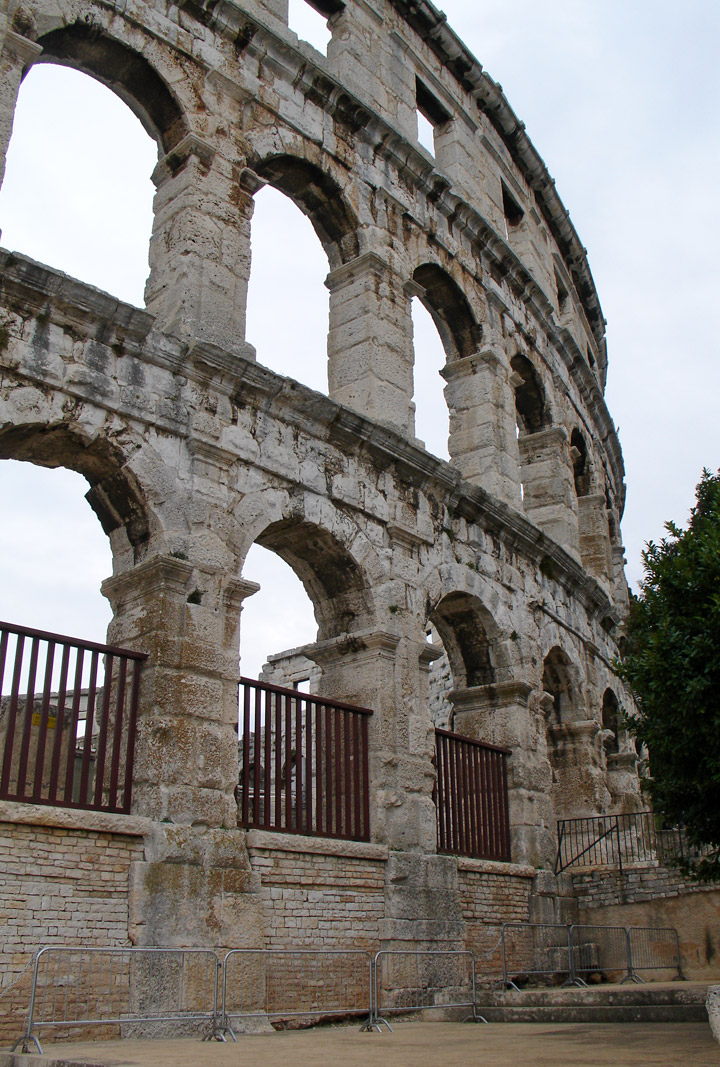 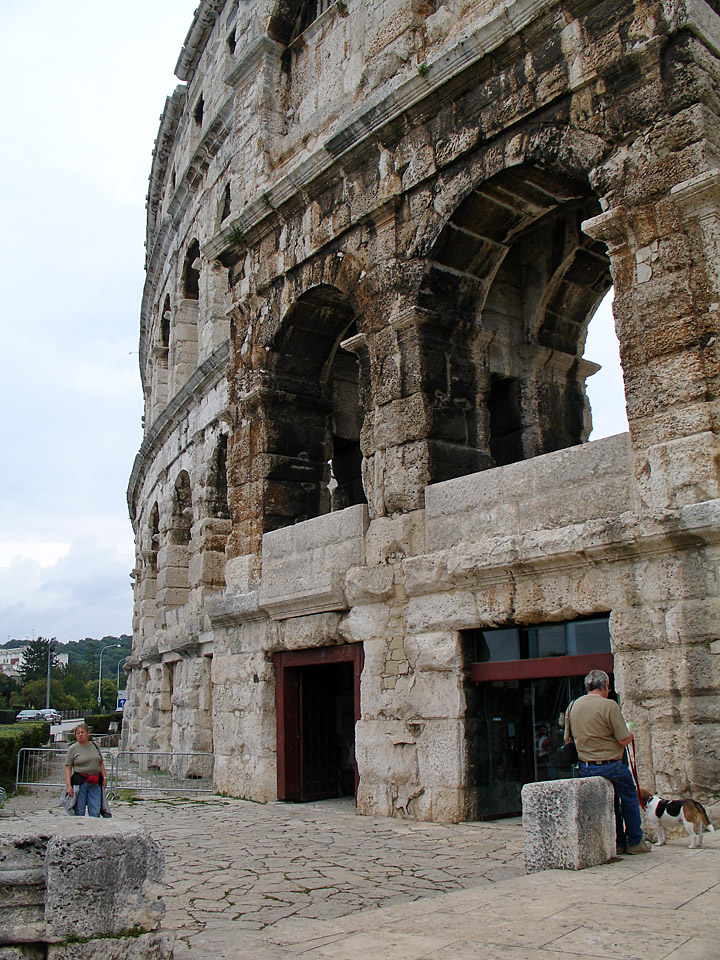 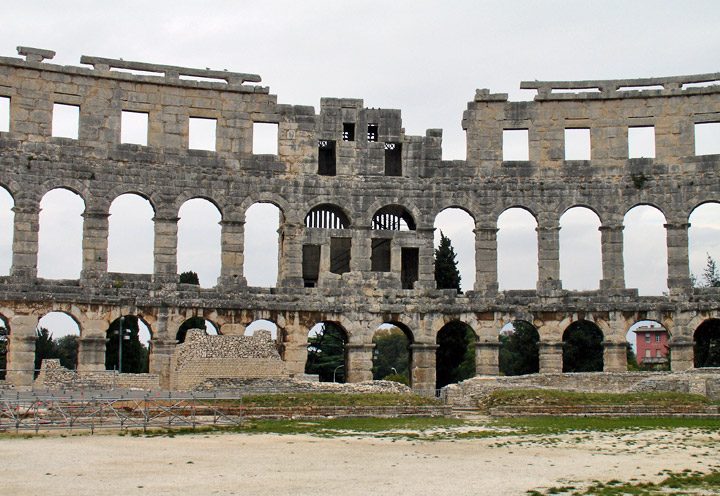 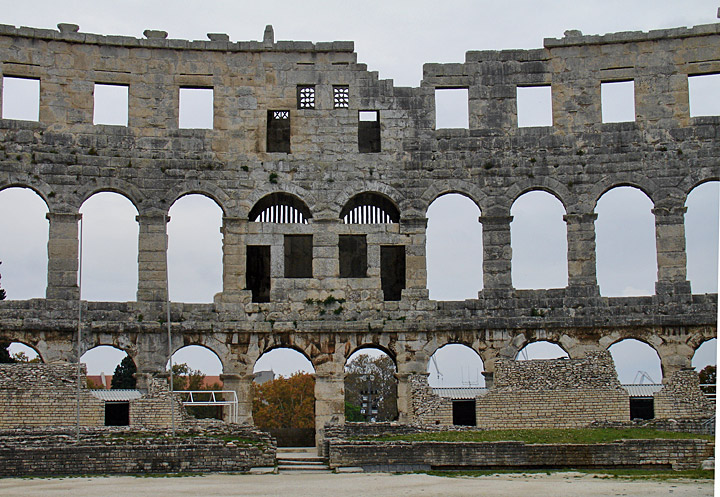 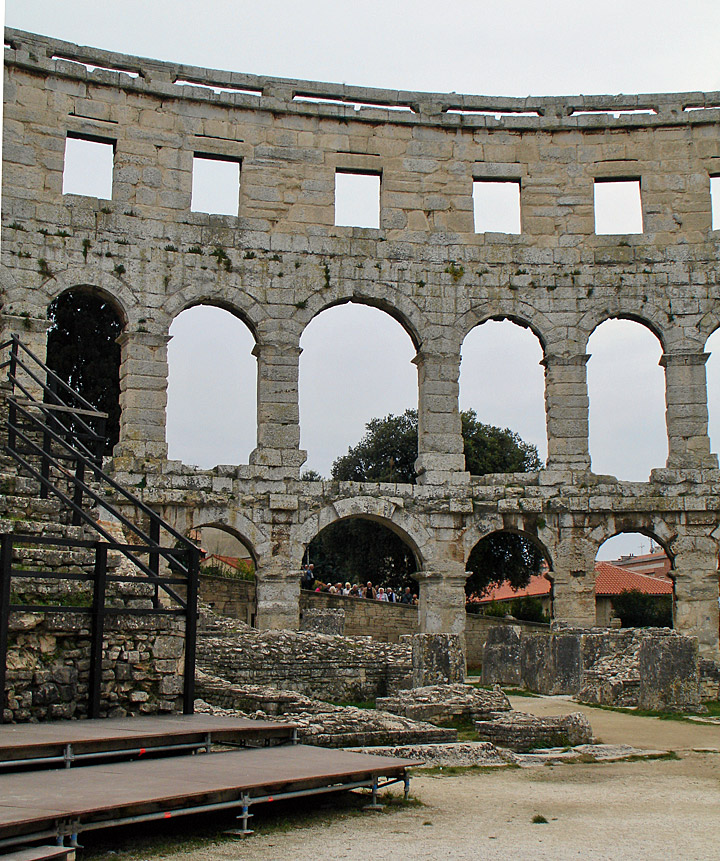 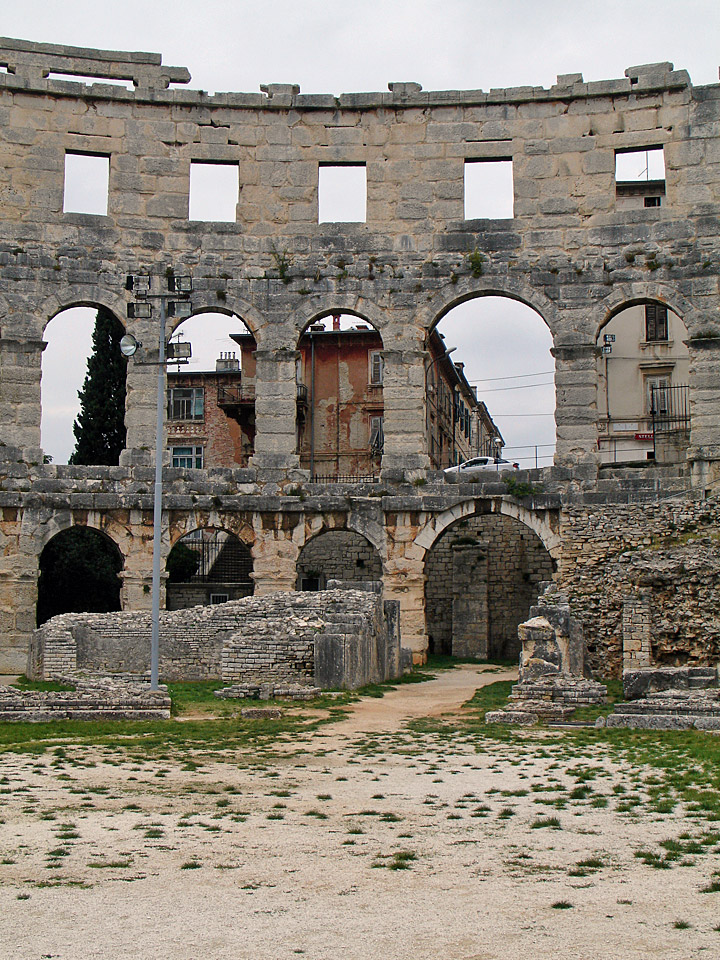 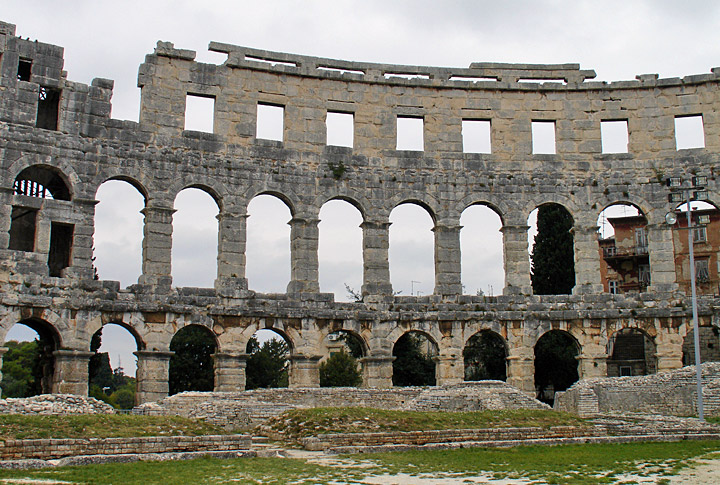 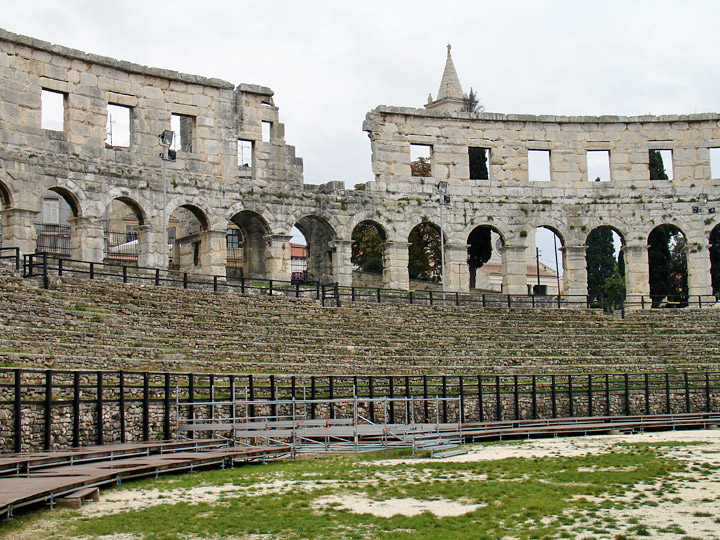 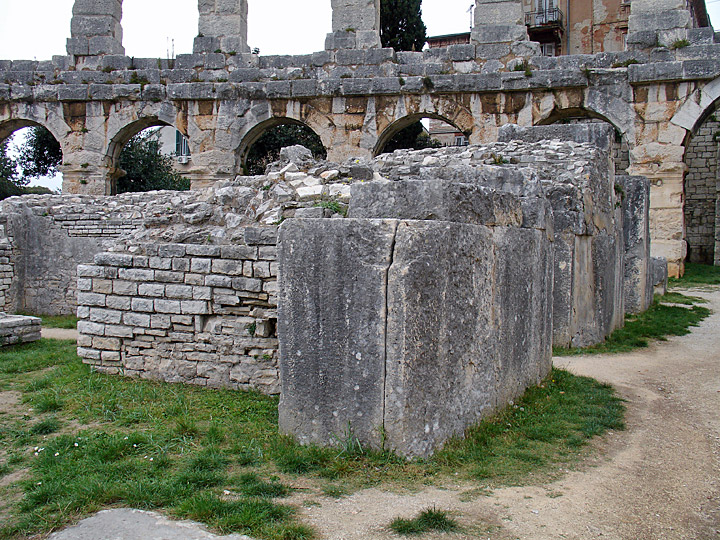 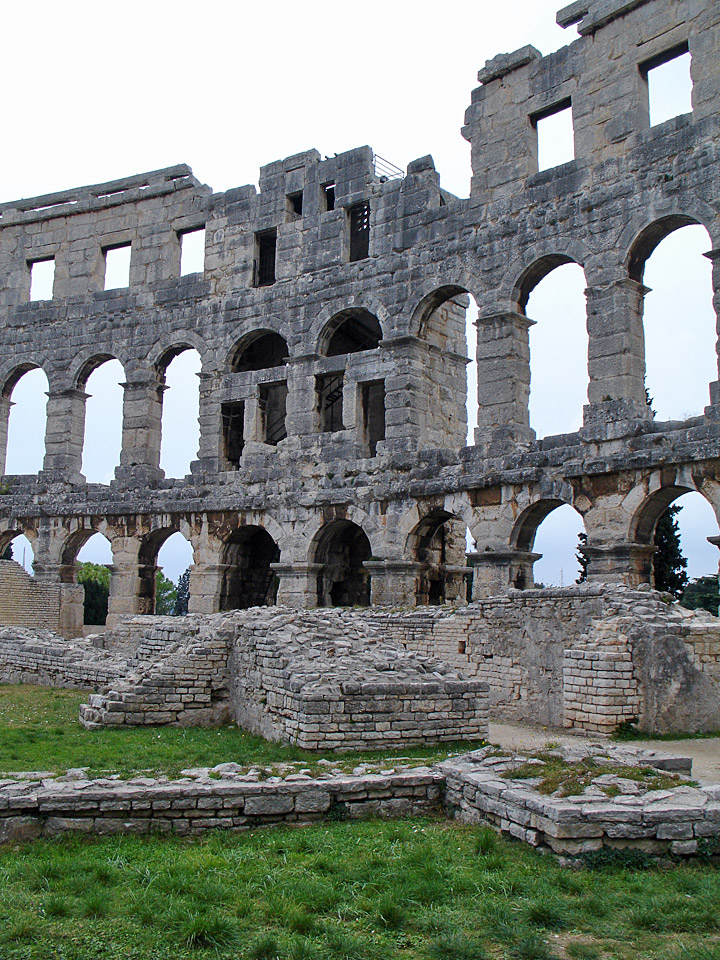 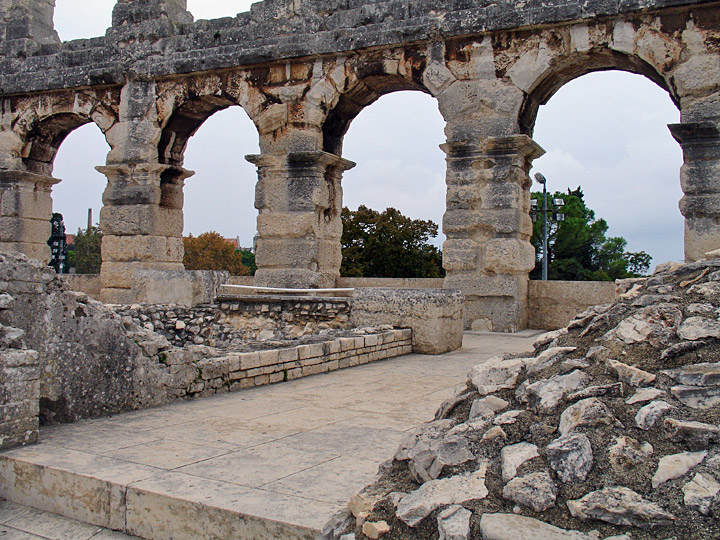 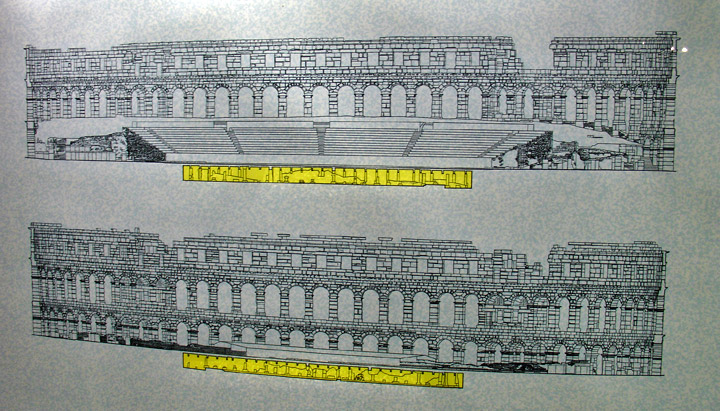 In most of the Roman amphitheatres, an elaborate labyrinth was constructed below the arena. The passages, including the media via for scenery, spaces for elevators and machinery that lifted the animals and stage sets, and rooms for the gladiators, were ingeniously arranged to connect, by means of many trapdoors, with the arena above. Around this arena, and separated from it by a high wall topped by a metal screen, rose the spectator seats. These were divided by passageways running around the amphitheatre into several sections (maeniana). In the lowest section, or podium, the emperor and his retinue had a special box; on the opposite side of the amphitheatre, but still in the podium, the vestal virgins, consuls, praetors, ambassadors, priests, and other distinguished guests were seated; the rest of the first gallery contained senators and those of the equestrian rank. The second gallery was reserved for patricians, the third for plebeians, and the fourth, uppermost gallery for women, who were seated in boxes. An awning (velum, or velarium) was manipulated by sailors to shelter the spectators from the sun. Each of these galleries was divided into wedge-shaped sections (cunei) by radial walks that led to the many exits (vomitoria). 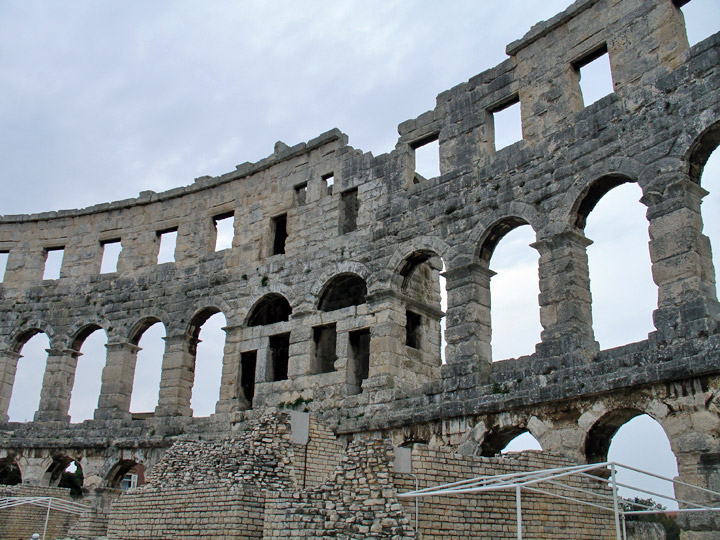 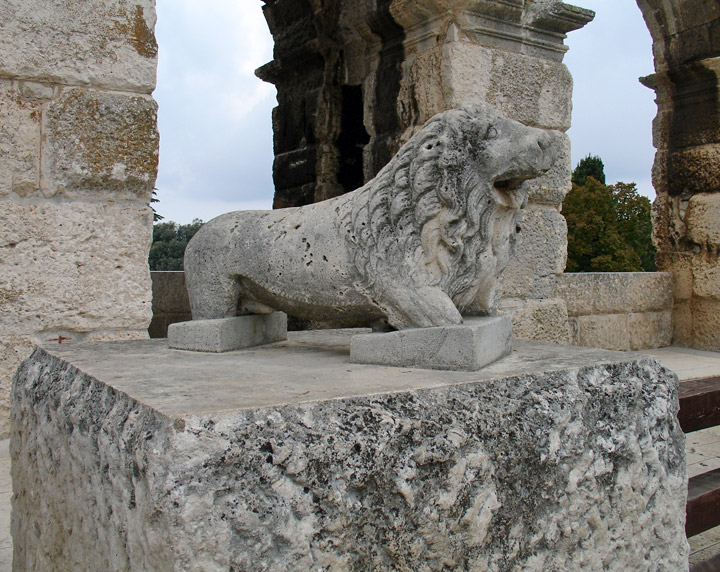 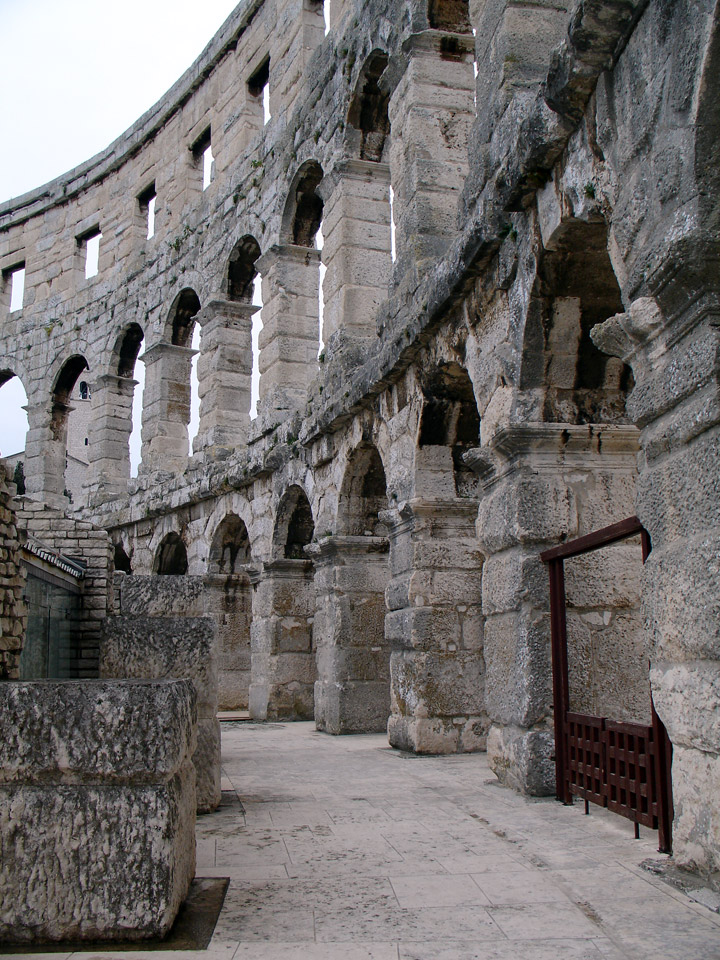 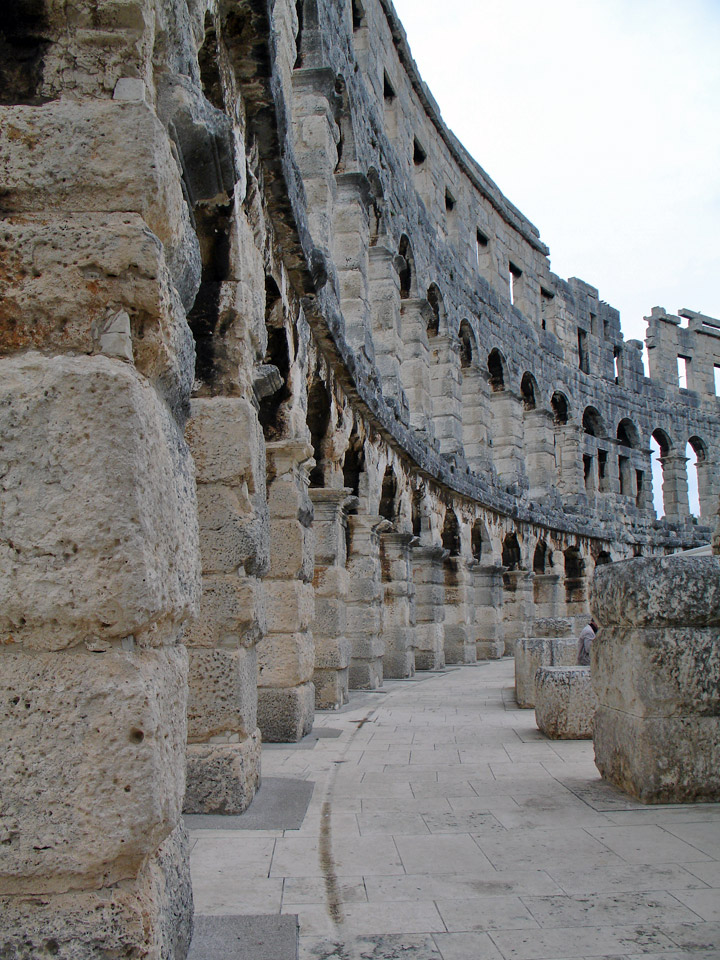 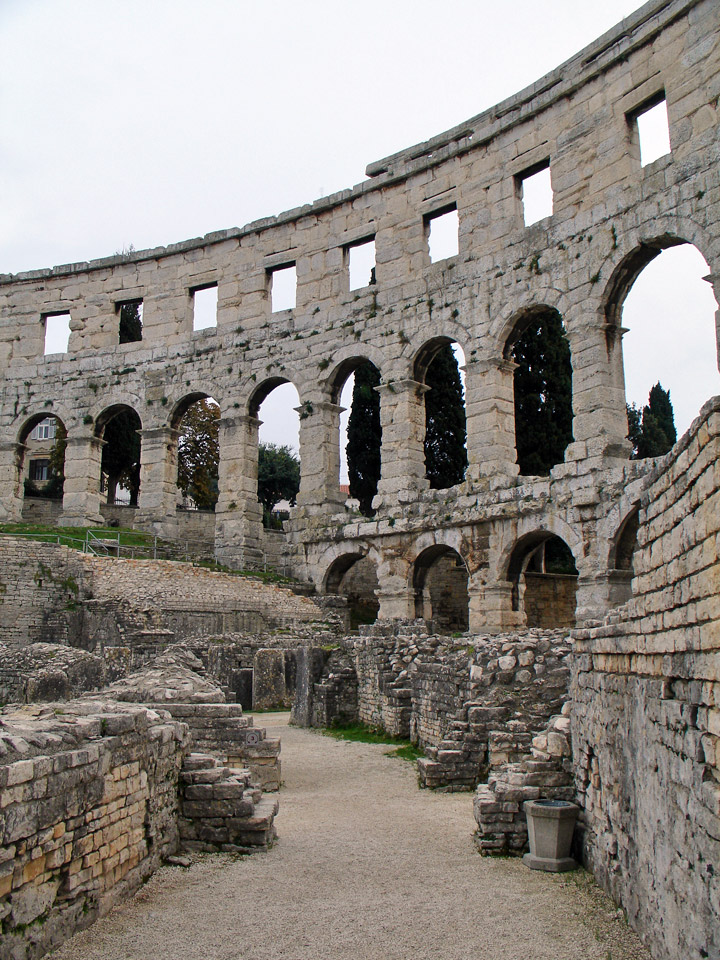 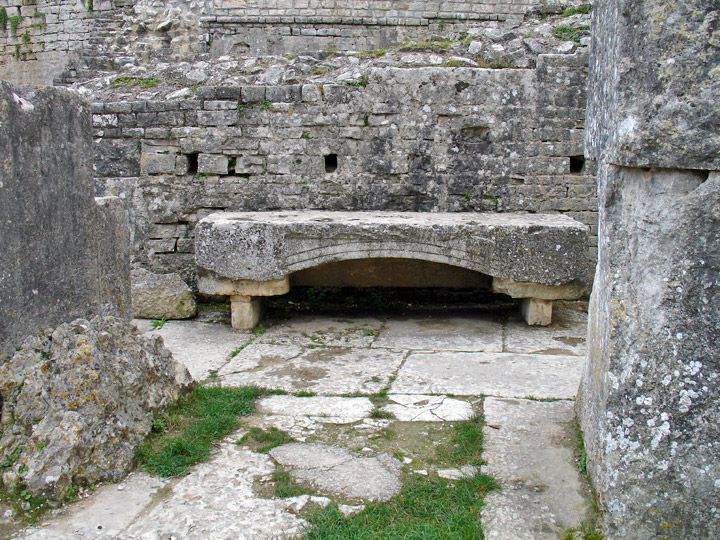 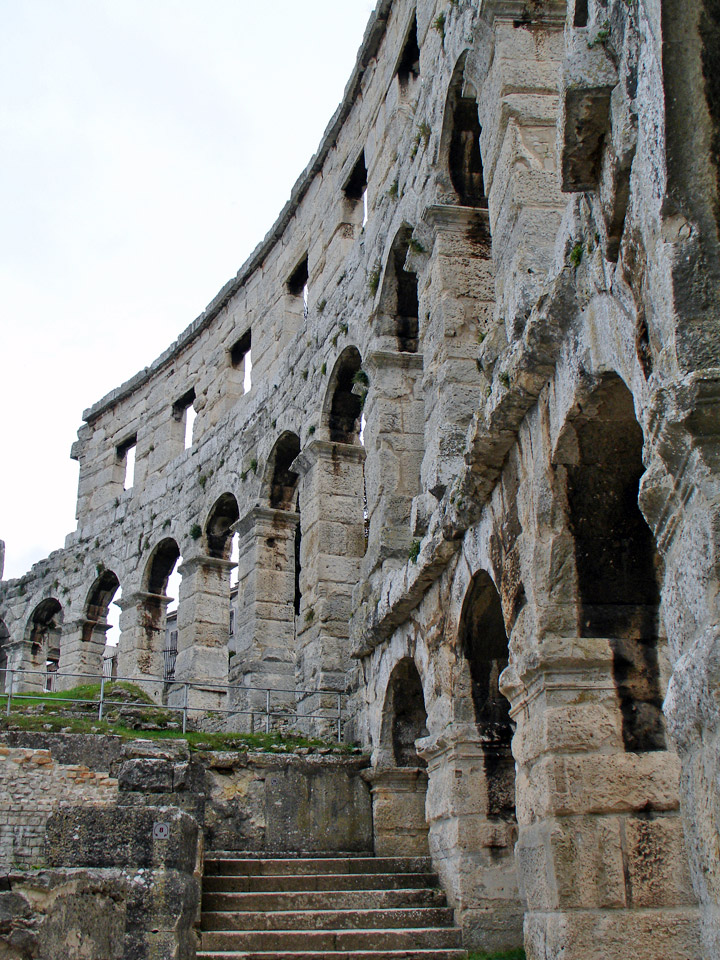 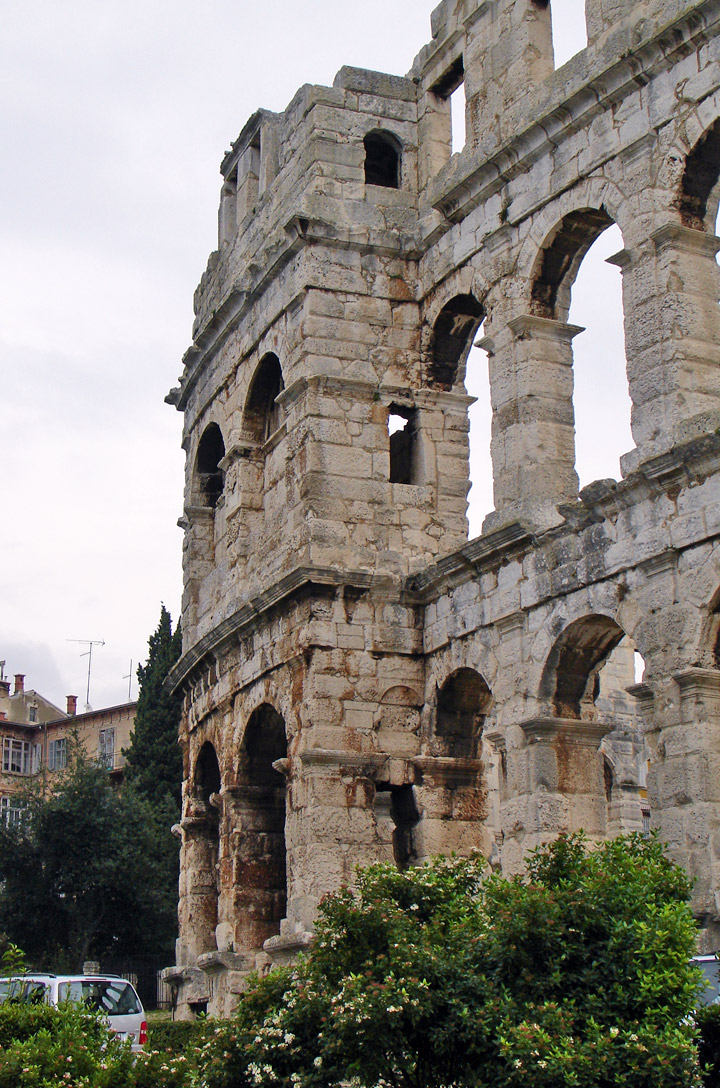 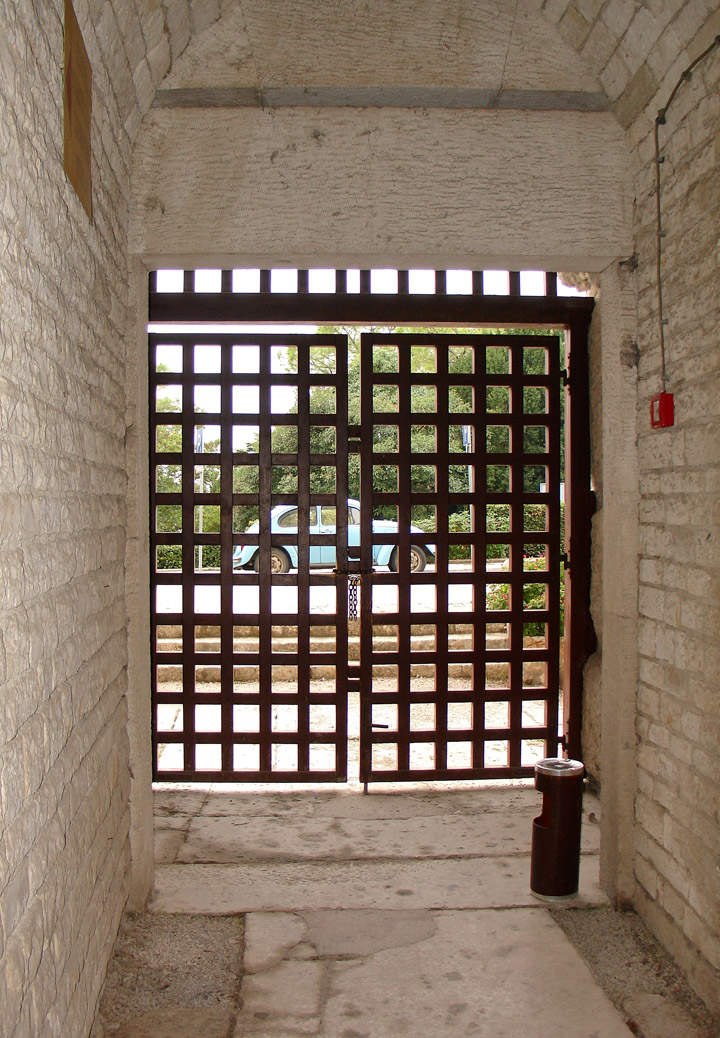 exit to the street