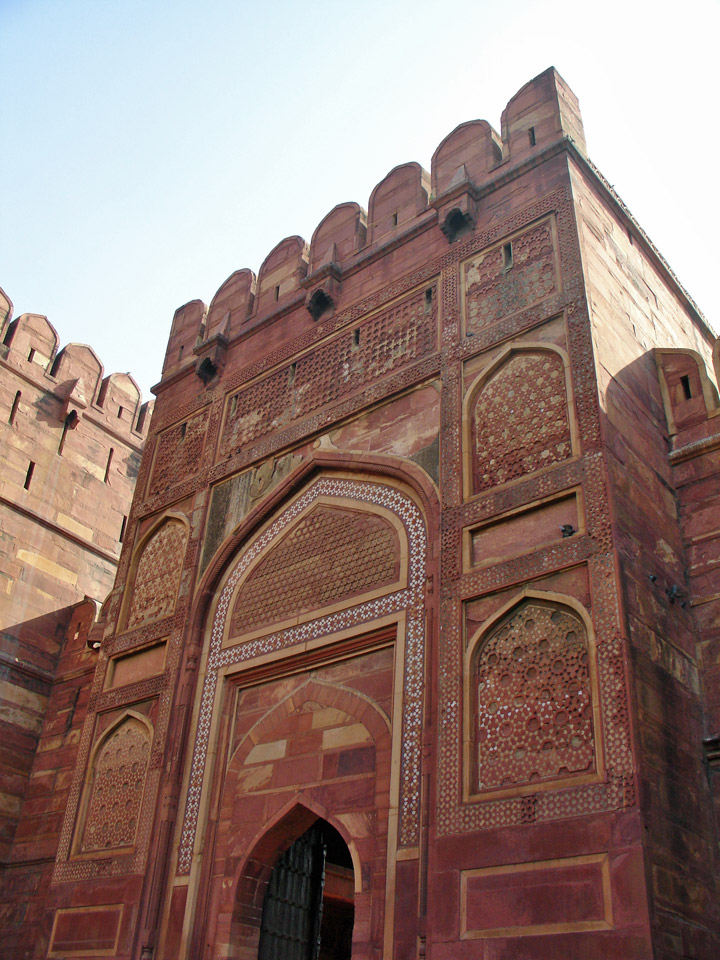 The advent of the Mughal dynasty marks a striking revival of Islāmic architecture in northern India: Persian, Indian, and the various provincial styles were successfully fused to produce works of unusual refinement and quality. The tomb of Humāyūn, begun in 1564, inaugurates the new style. Built entirely of red sandstone and marble, it shows considerable Persian influence. 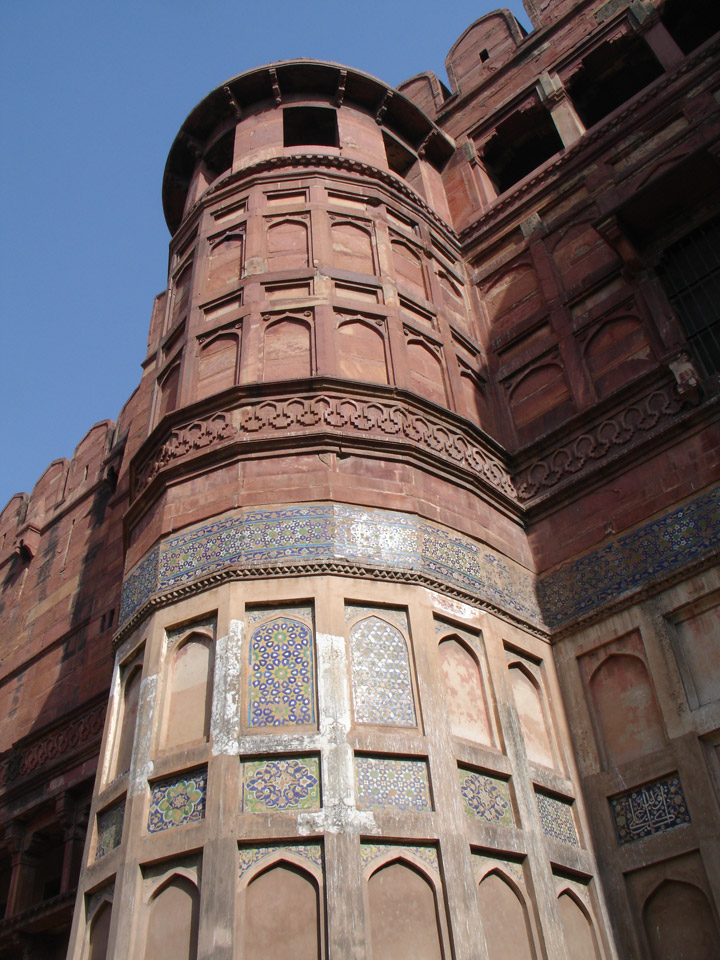 The great fort at Āgra (1565–74) and the city of Fatehpur Sīkri (1569–74) represent the building activities of the emperor Akbar. The former has the massive so-called Delhi gate (1566) and lengthy and immense walls carefully designed and faced with dressed stone throughout. 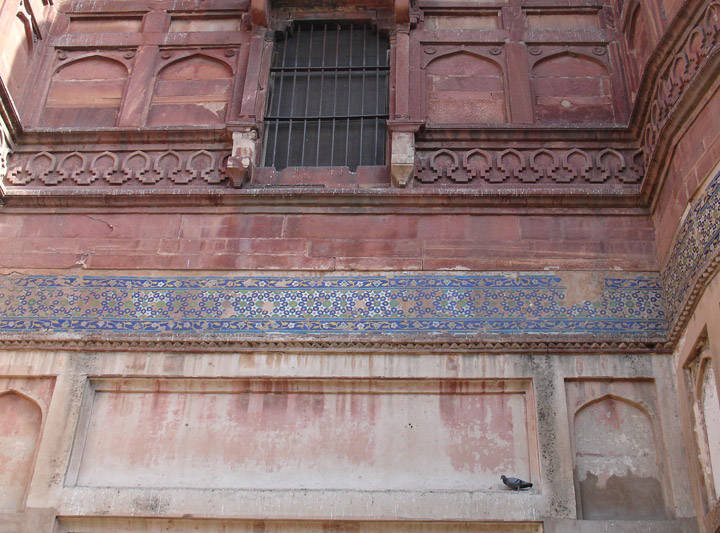 The most important achievements, however, are to be found at Fatehpur Sīkri; the Jāmi Masjid (1571), with the colossal gateway known as the Buland Darwāza, for example, is one of the finest mosques of the Mughal period. Other notable buildings include the palace of Jodhā Bāl, which has a strongly indigenous aspect; the exquisitely carved Turkish Sultānā's house; the Pānch-Mahal; the Dīvān-e Āmm; and the so-called hall of private audience. Most of the buildings are of post and lintel construction, arches being used very sparingly. 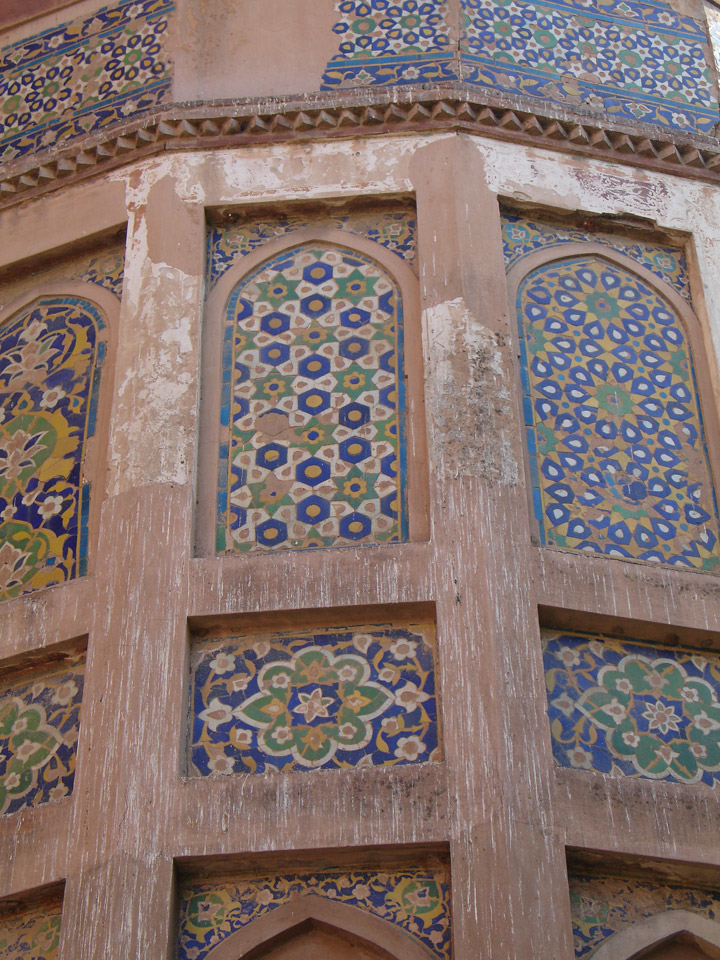 The tomb of the emperor, at Sikandarā, near Āgra, is of unique design, in the shape of a truncated square pyramid 340 feet (103 metres) on each side. It consists of five terraces, four of red sandstone and the uppermost of white marble. Begun about 1602, it was completed in 1613, during the reign of Akbar's son Jahāngīr. 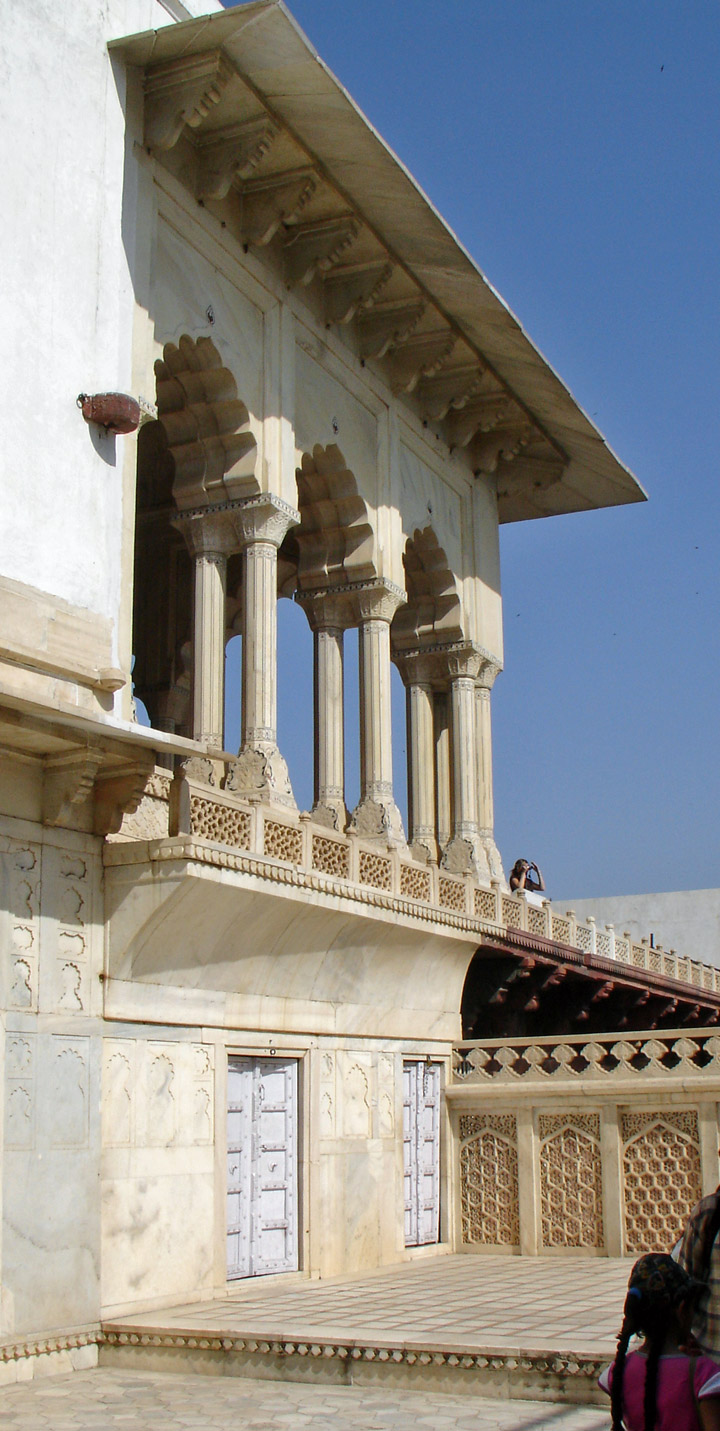 Architectural undertakings in this emperor's reign were not very ambitious, but there are fine buildings, chiefly at Lahore. The tomb of his father-in-law Itimā-ud-Dawla, at Āgra, is small but of exquisite workmanship, built entirely of delicately inlaid marble. The reign of Shāh Jahān (1628–58) is as remarkable for its architectural achievements as was that of Akbar. 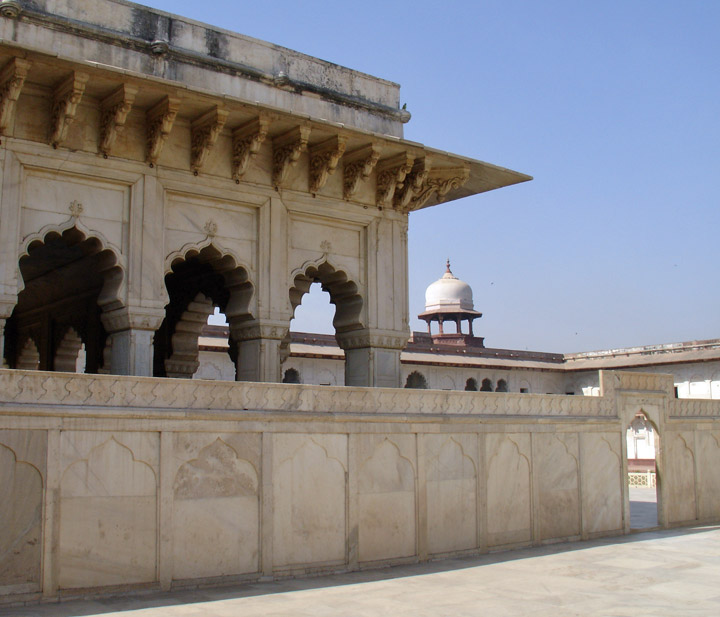 He built the great Red Fort at Delhi (1639–48), with its dazzling hall of public audience, the flat roof of which rests on rows of columns and pointed, or cusped, arches, and the Jāmi Masjid (1650–56), which is among the finest mosques in India. 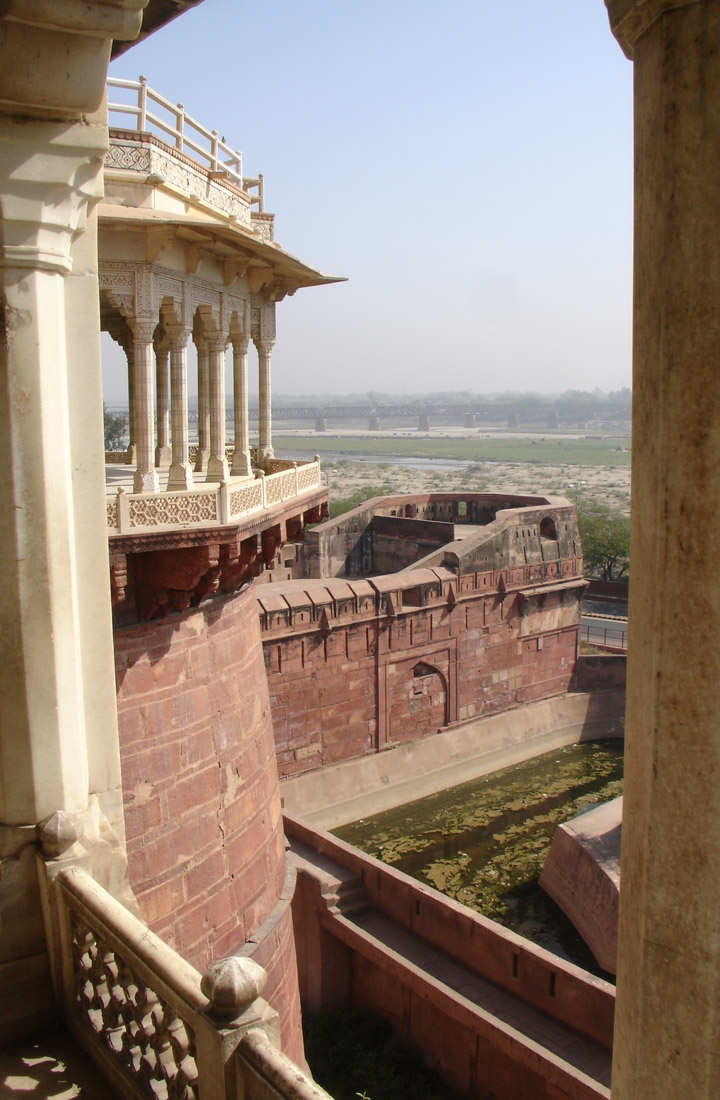 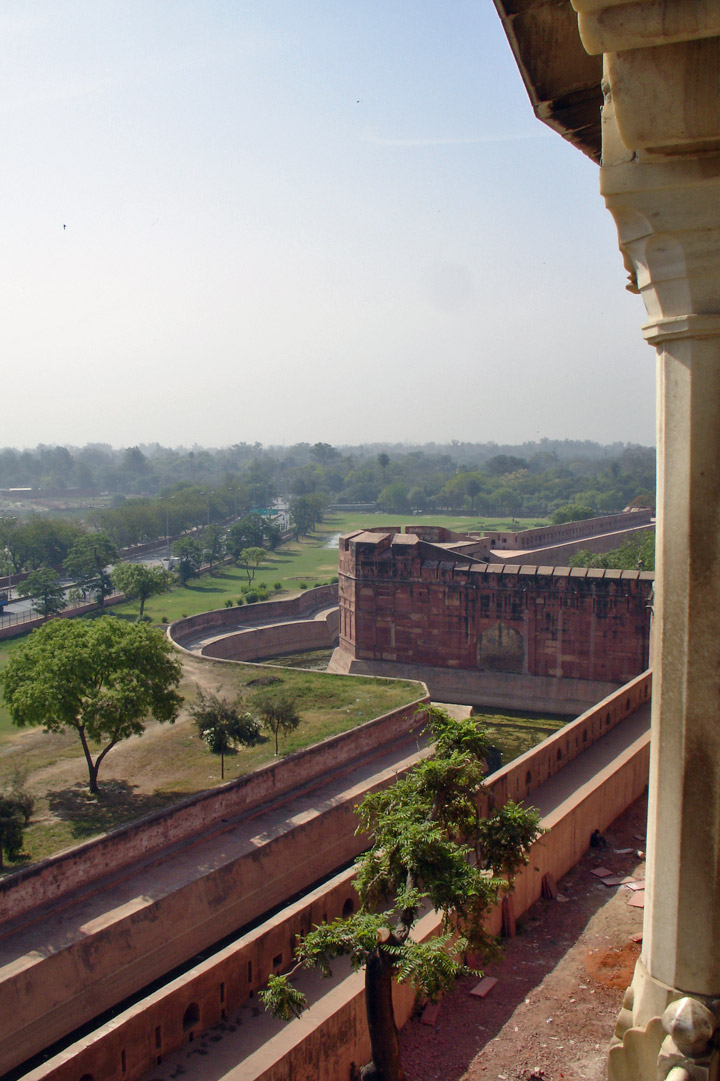 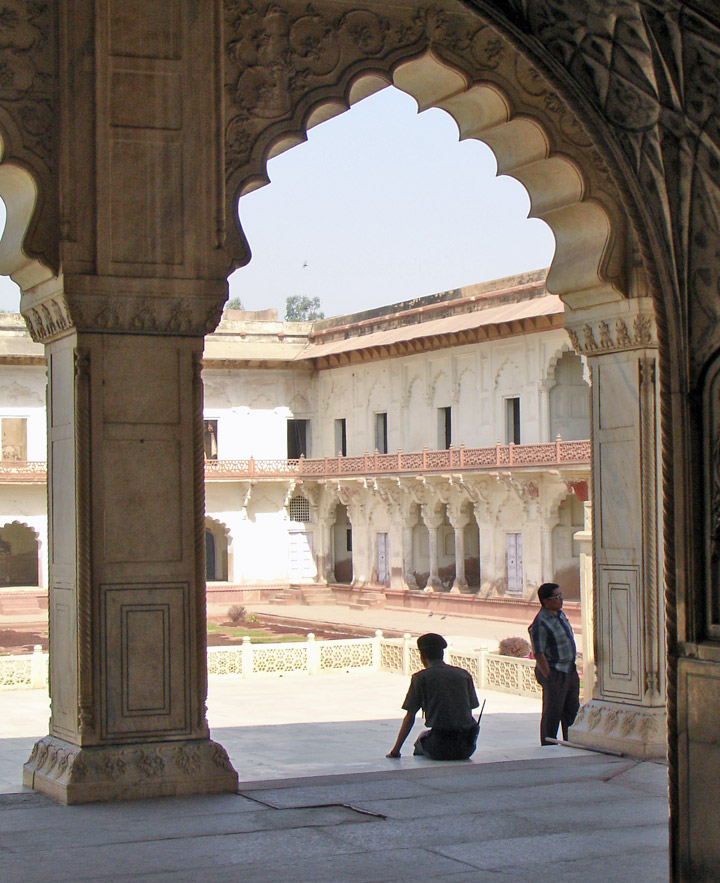 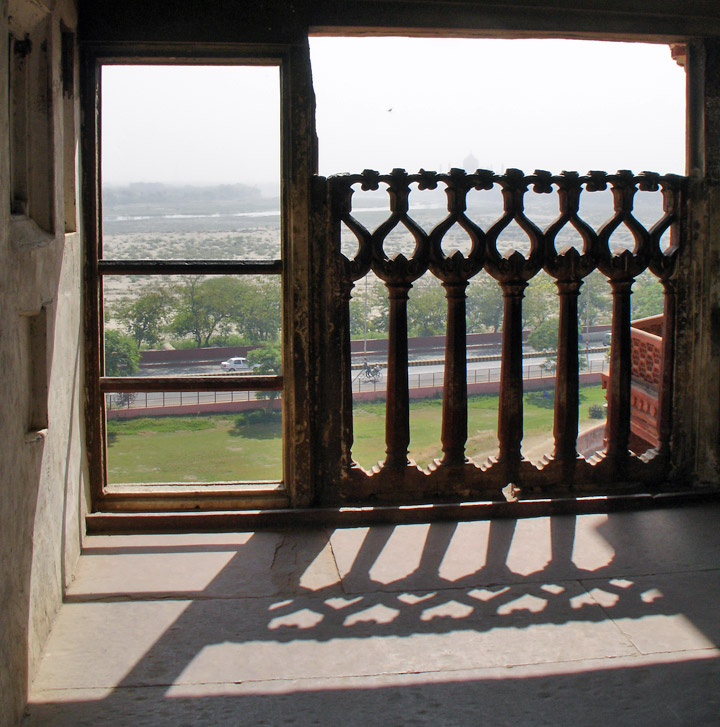 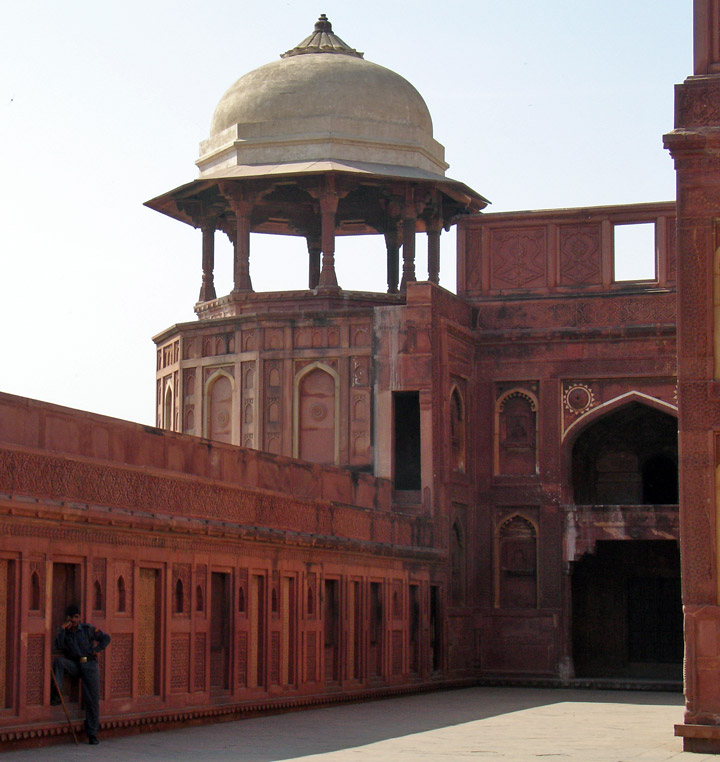 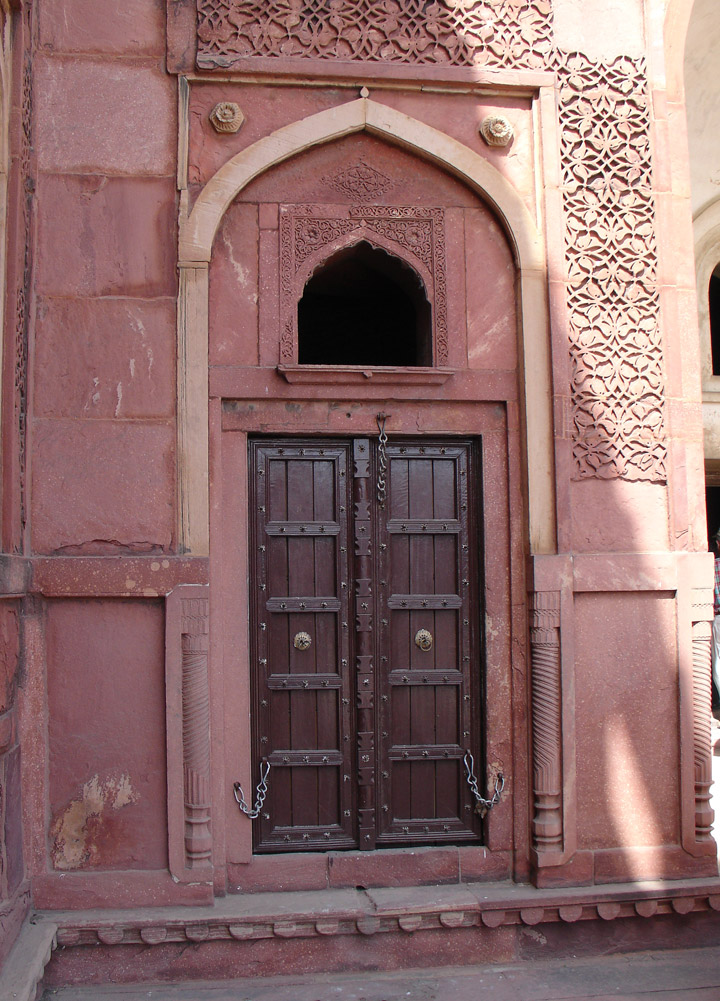 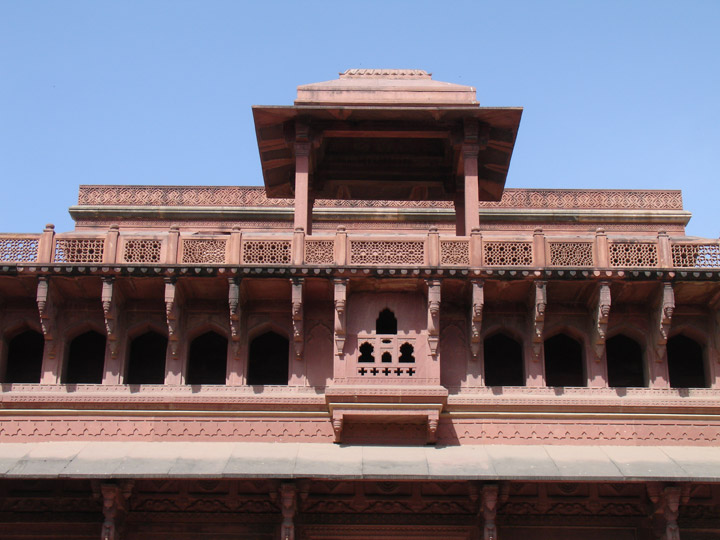 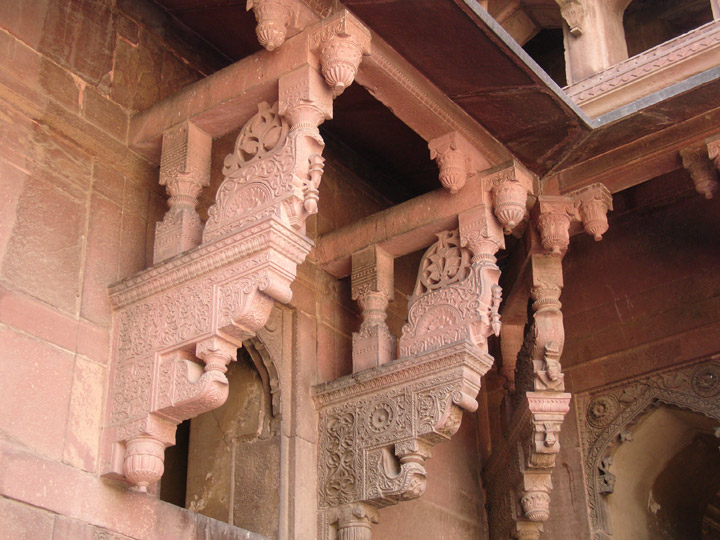 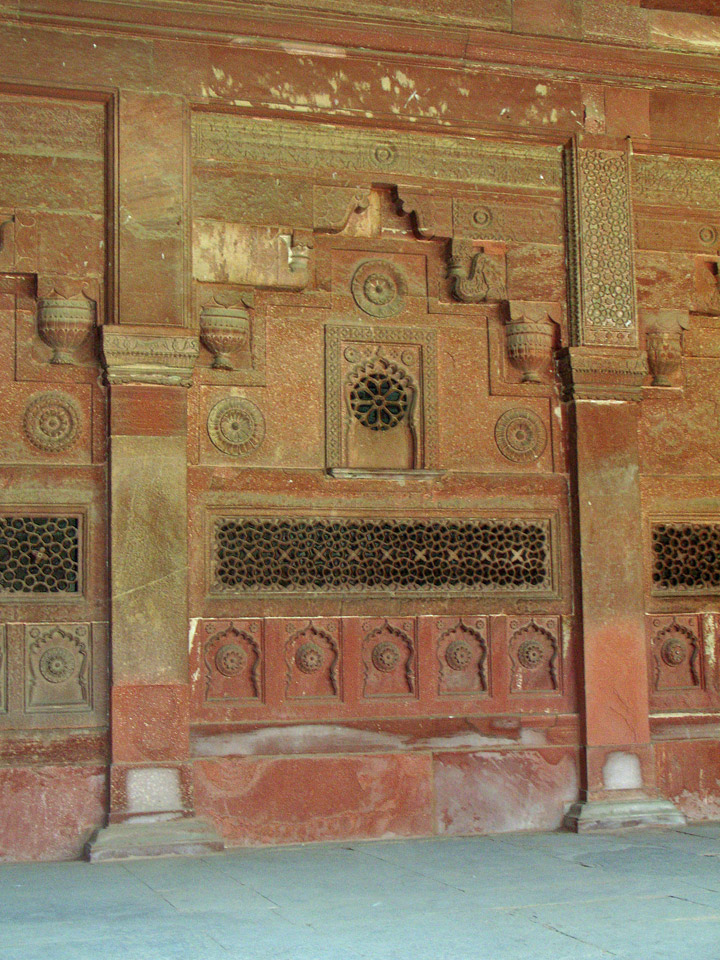 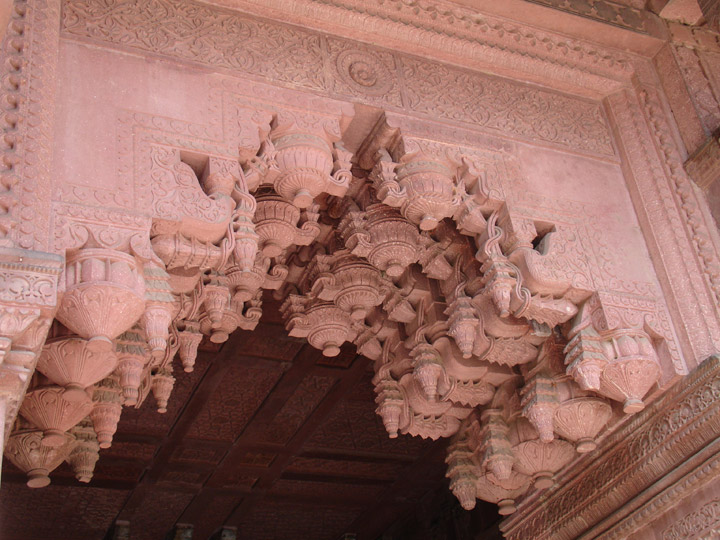 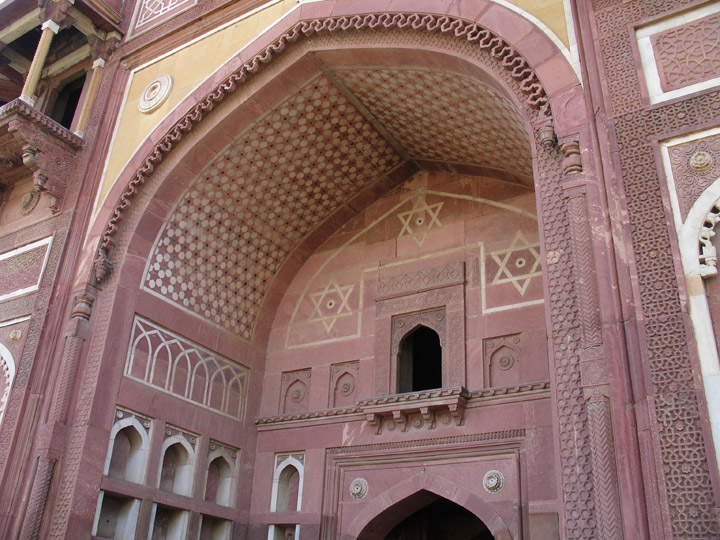 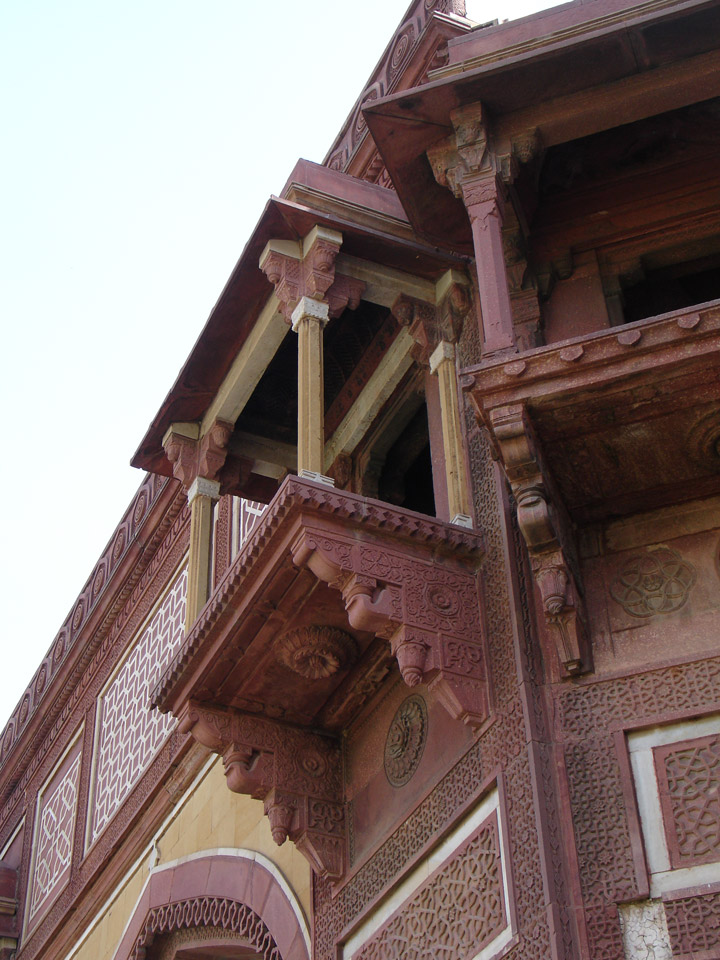 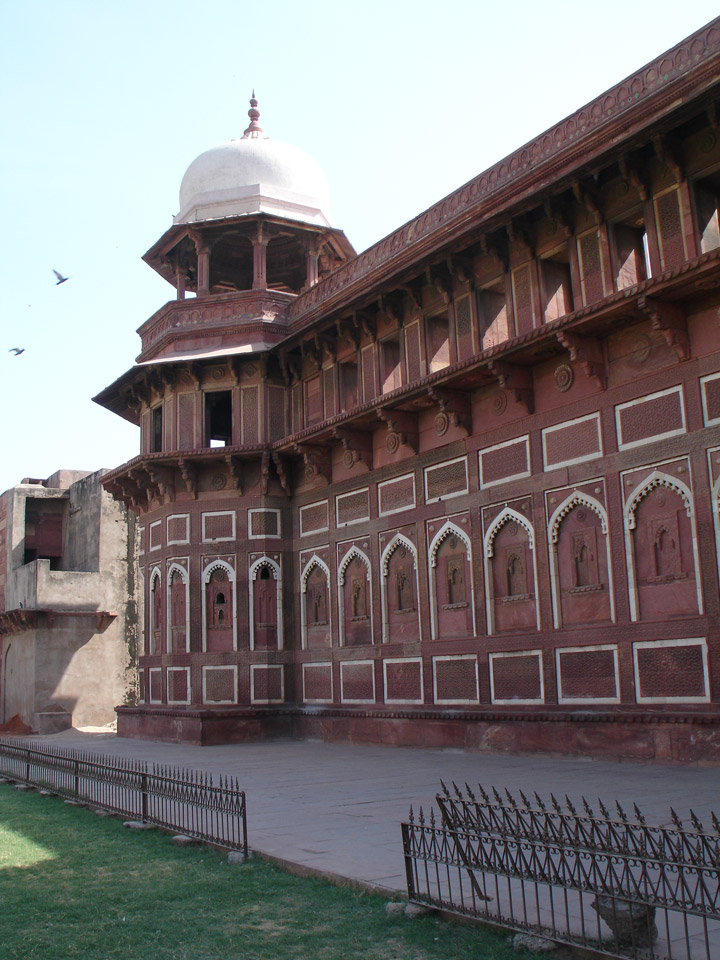