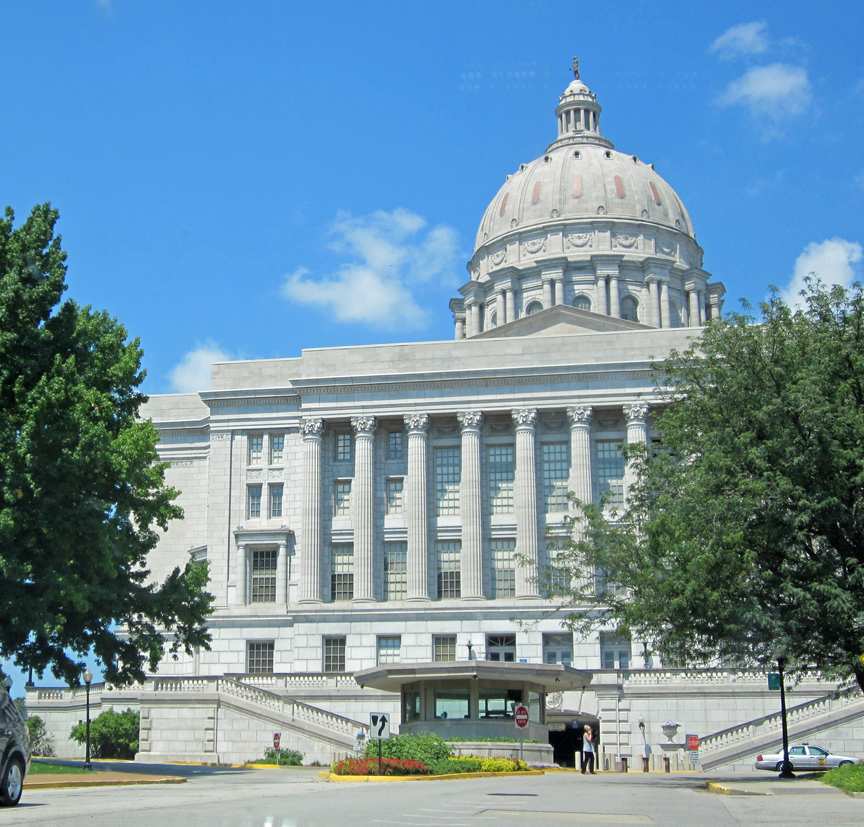 capital of the U.S. state of Missouri

Jefferson City is the capital of the U.S. state of Missouri and the county seat of Cole County. A small portion of the city extends into Callaway County. It is the principal city of the Jefferson City metropolitan area, which encompasses the entirety of both counties. As of the 2010 census, the population was 43,079 making it the 15th largest city in Missouri. Jefferson City was named after Thomas Jefferson, the third president of the United States. 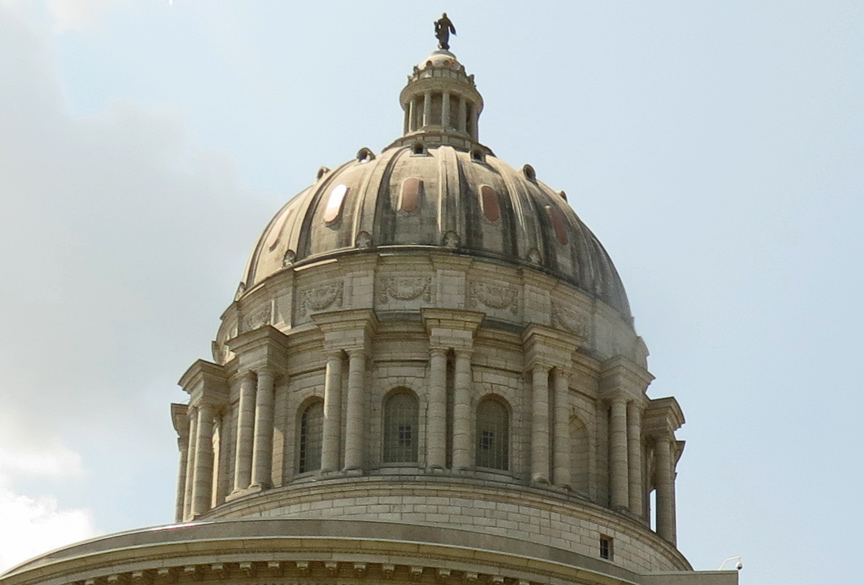 Jefferson City is on the northern edge of the Ozark Plateau on the southern side of the Missouri River near the geographic center of the state, in a region known as Mid-Missouri. It is at the western edge of the Missouri Rhineland, one of the major wine-producing regions of the Midwest. The city is dominated by the domed Capitol, rising from a bluff overlooking the Missouri River to the north. Lewis and Clark passed beneath that bluff on their historic expedition upriver before Europeans established any settlement there. 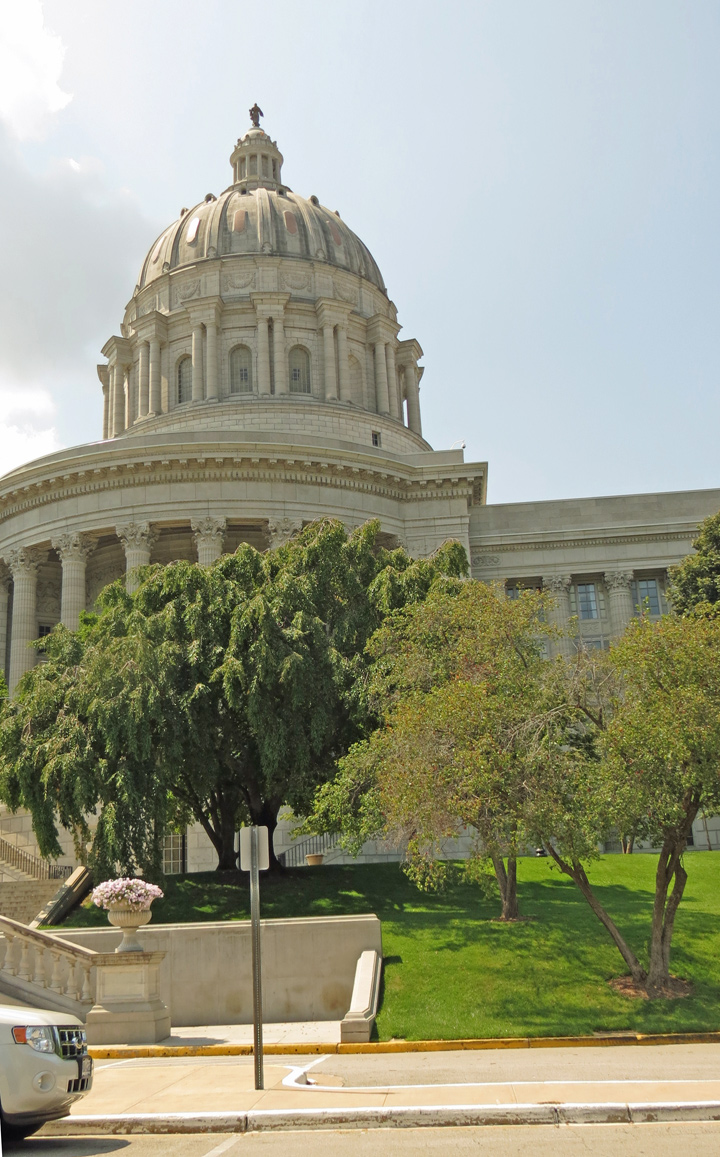 In pre-Columbian times, this region was home of an ancient people known only as the Mound Builders. By the time European settlers began arriving, the Mound Builders had vanished into history. The contemporary indigenous peoples were called the Osage Indians. When the Missouri Territory was organized in 1812, St. Louis was the seat of government. St. Charles next served as the capital. 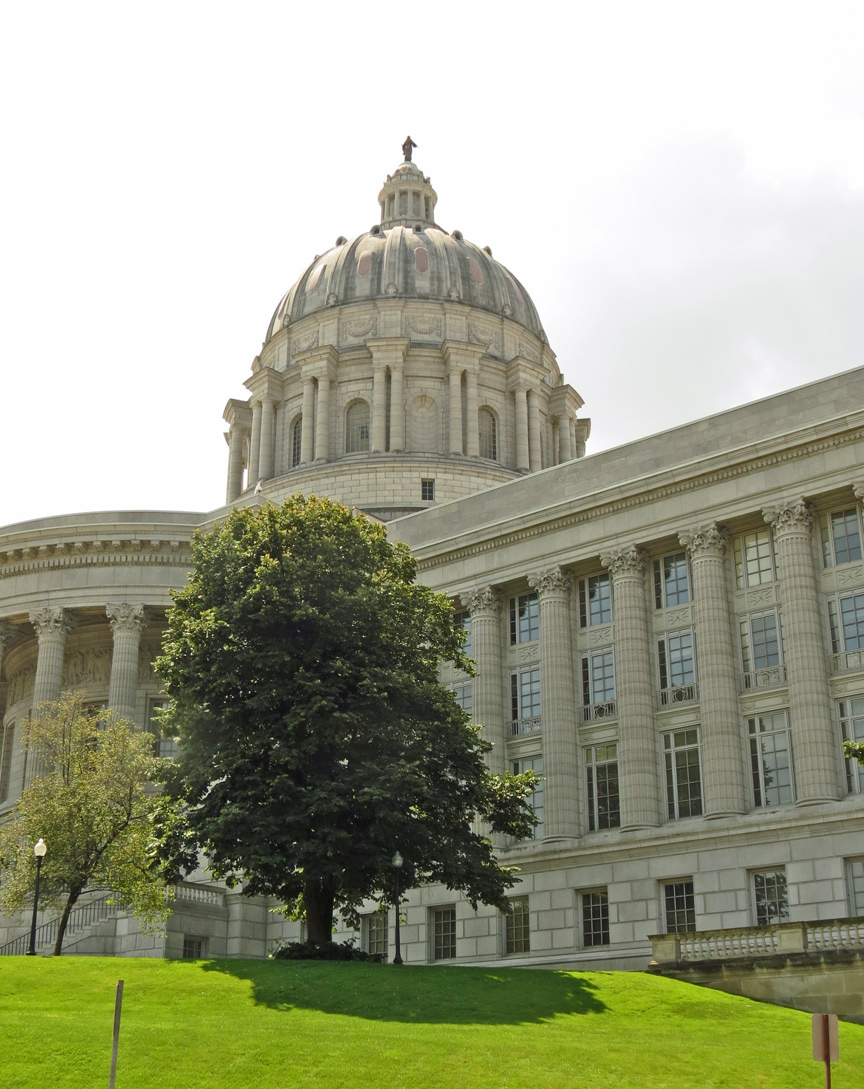 In the middle of the state, Jefferson City was chosen as the new capital in 1821 while Thomas Jefferson was actually still alive. The village was first called Lohman's Landing. When the legislature decided to relocate there, they proposed the name "Missouriopolis" but later settled on Jefferson City. For years, the village was little more than a trading post located in the wilderness about midway between St. Louis and Kansas City. In 1826, the Missouri legislature first met here and in 1839 the settlement was incorporated as a city. 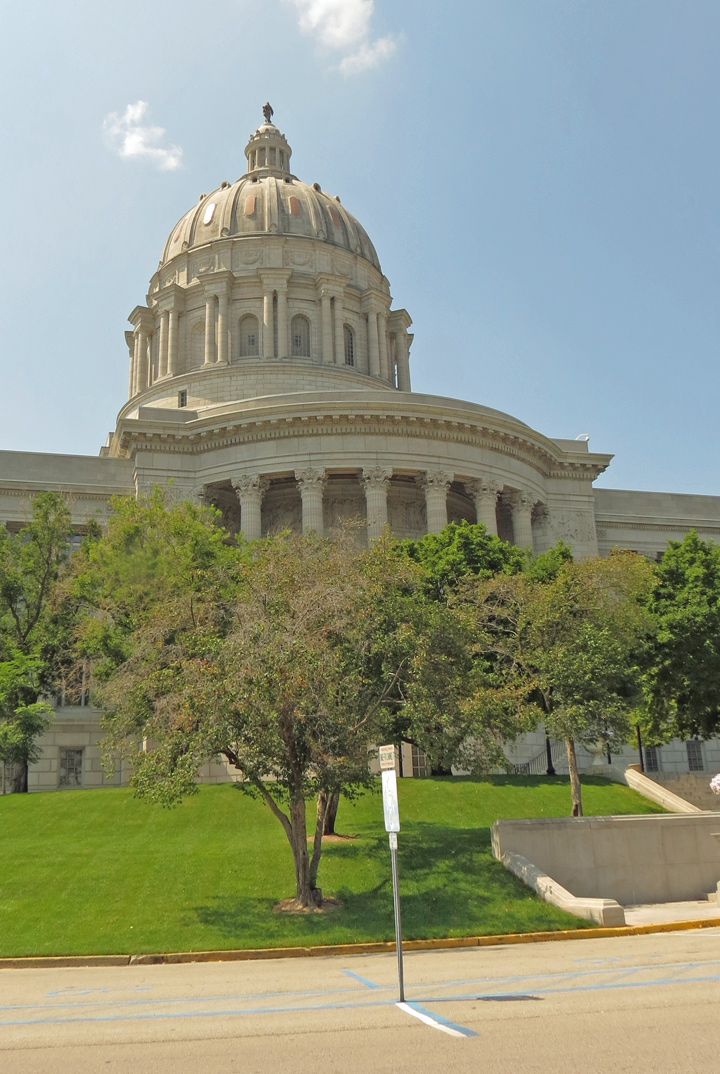 Jefferson City was selected as the site for a state prison and, in 1836, the Missouri State Penitentiary was opened. The prison was home to a number of infamous Americans, including: former heavyweight champion Sonny Liston, assassin James Earl Ray, and bank robber Charles "Pretty Boy" Floyd. During the American Civil War, Jefferson City was occupied by Union troops. Many of the people in the state supported the Union, although Missouri's Little Dixie section was strongly pro-Confederate along the Missouri river between Jefferson City and Kansas City.
Sketch of Jefferson City, Missouri from the 1860s 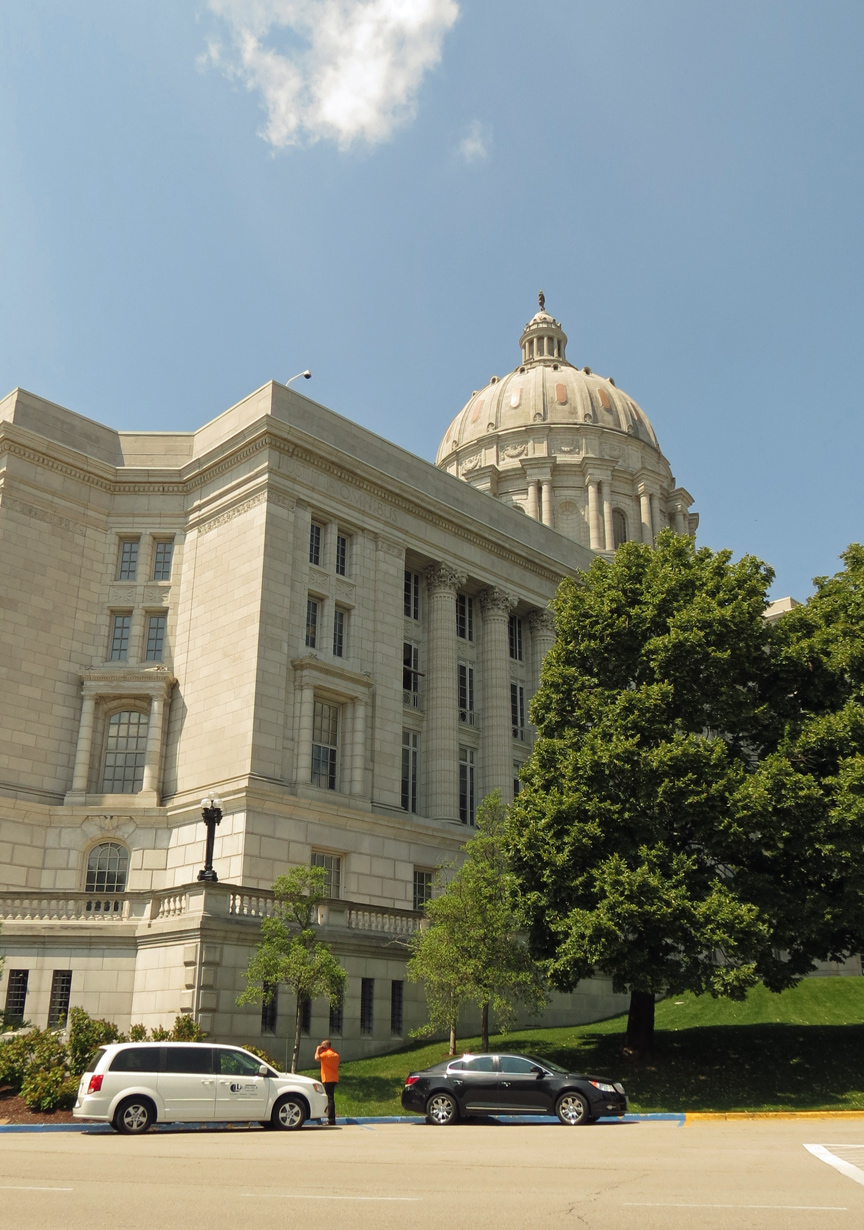 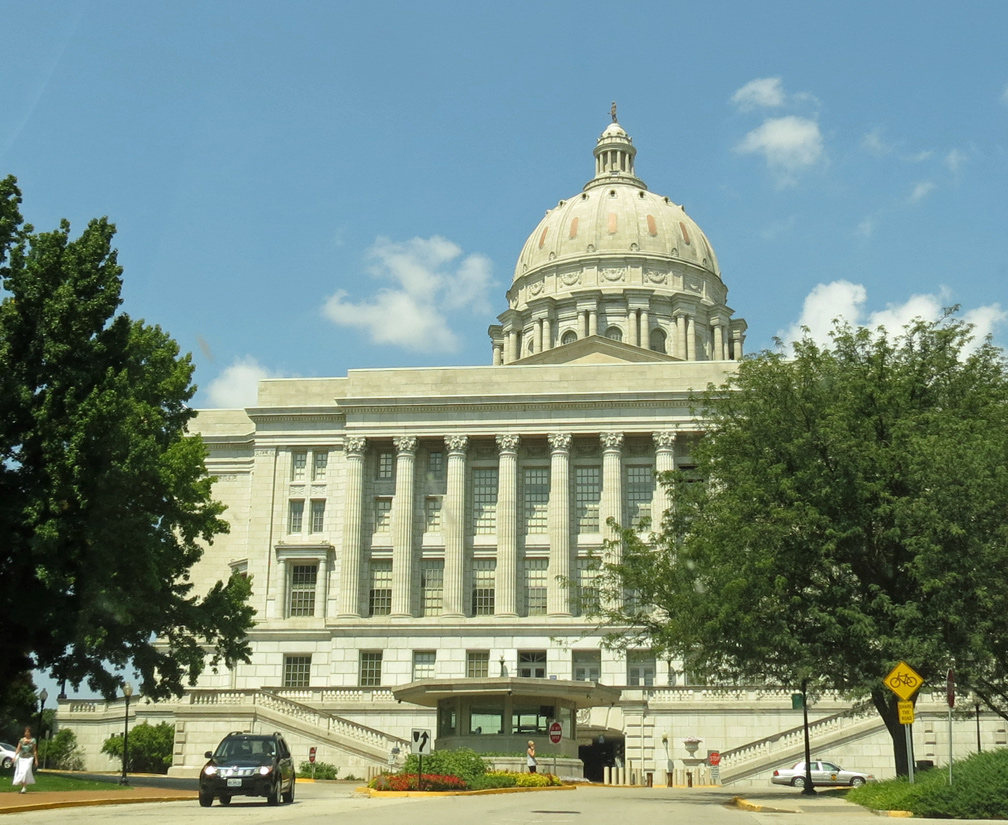 German immigrants created vineyards in small towns on either side of the Missouri River, especially on the north from Jefferson City east to Marthasville, outside St. Louis. Known as the Missouri Rhineland for its vineyards, first established by German immigrants in the mid-19th century, this area has become a part of the agricultural and tourist economy. 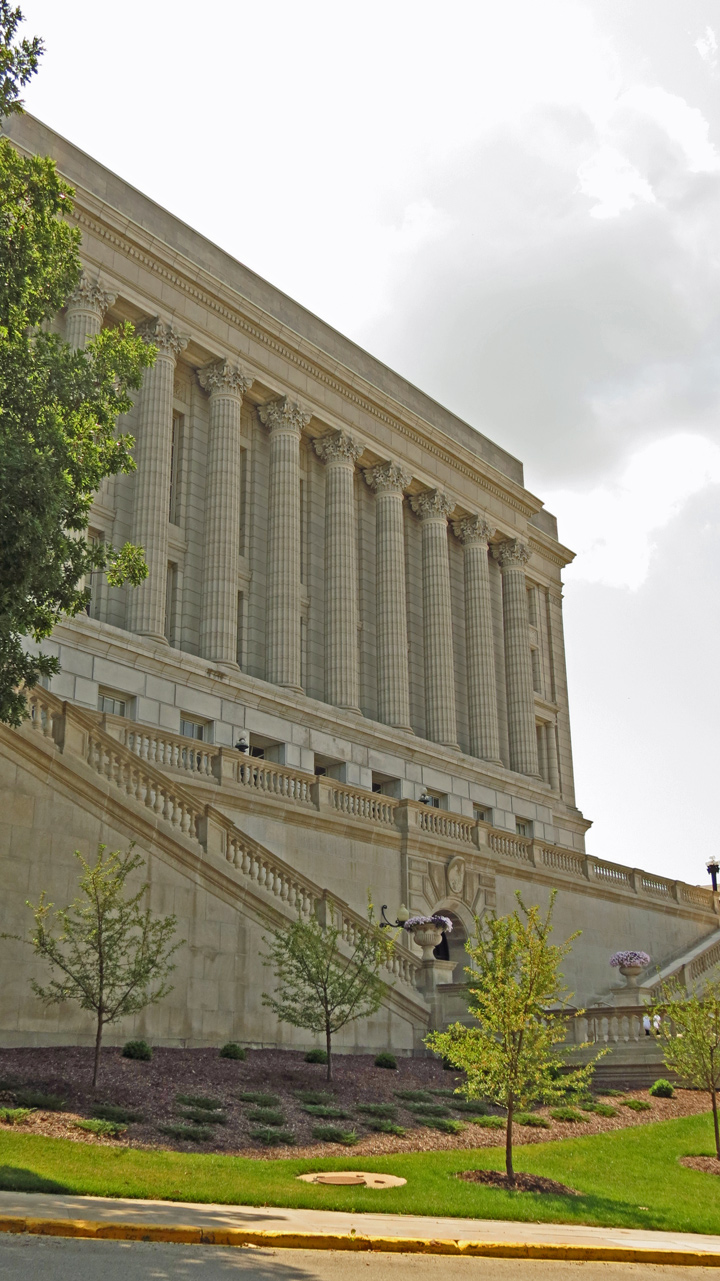 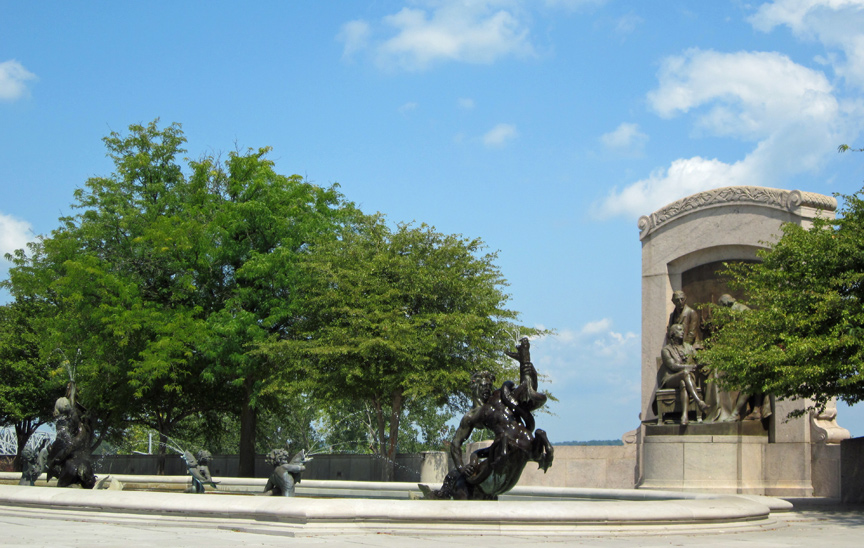 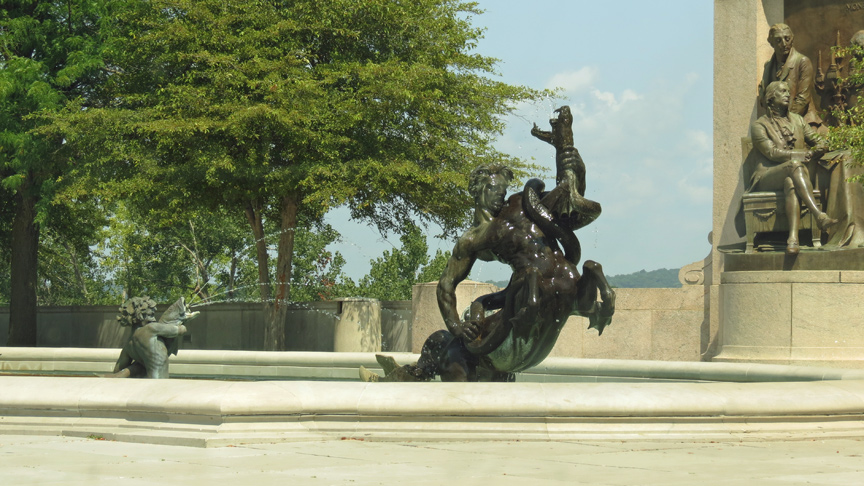 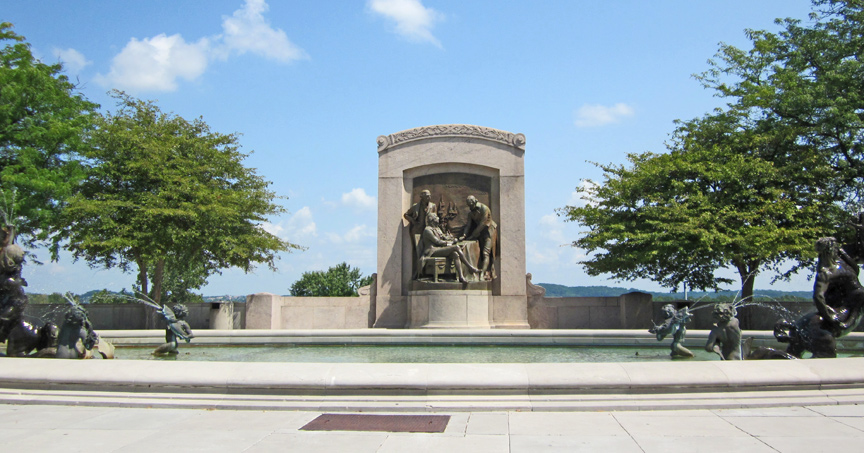 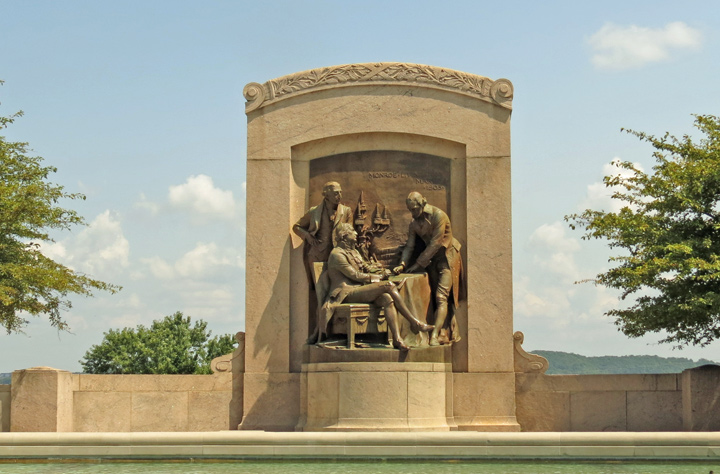 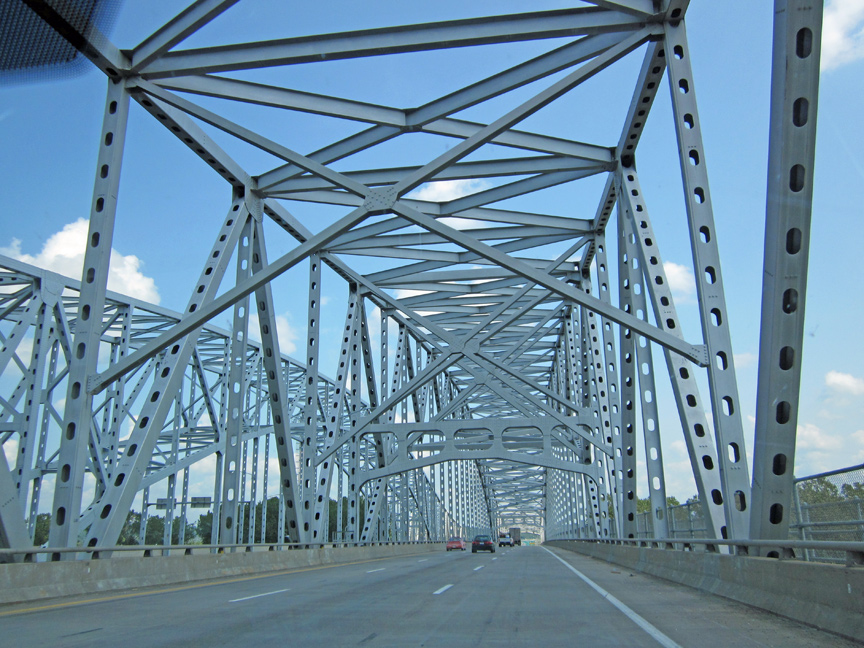 bridge across the Missouri River 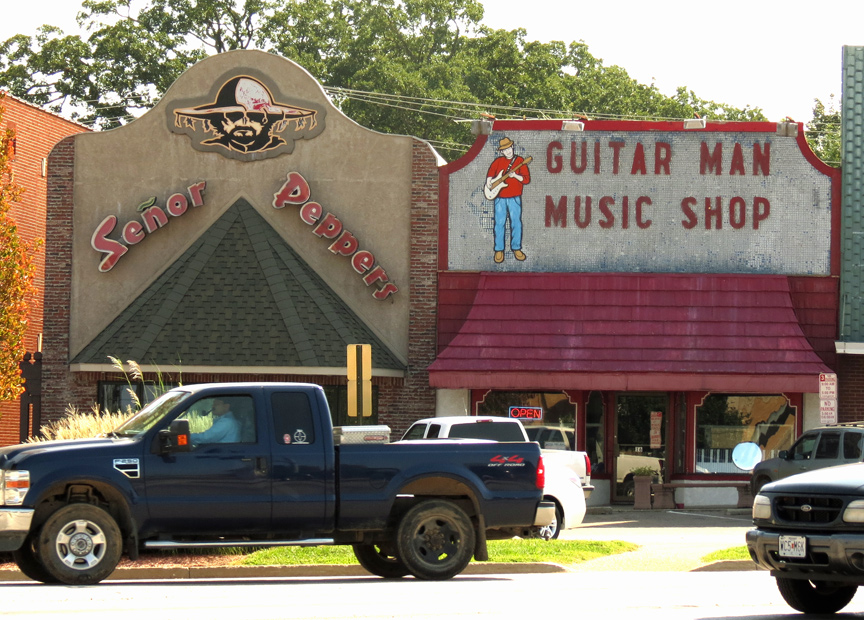