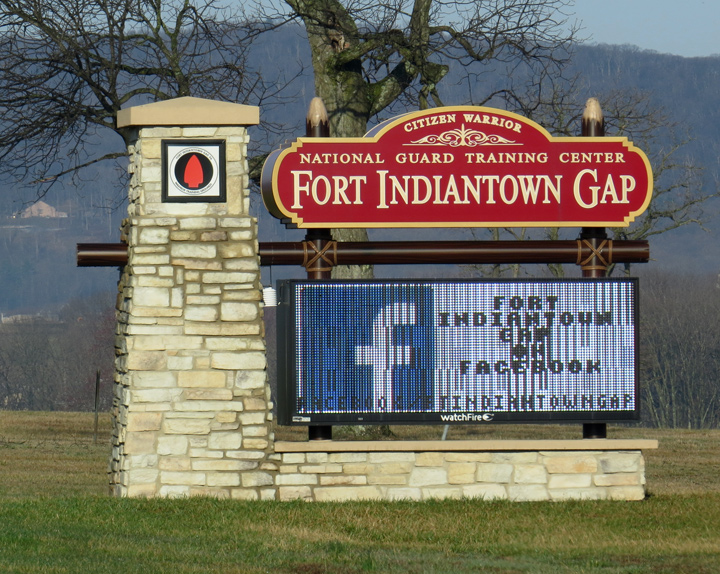 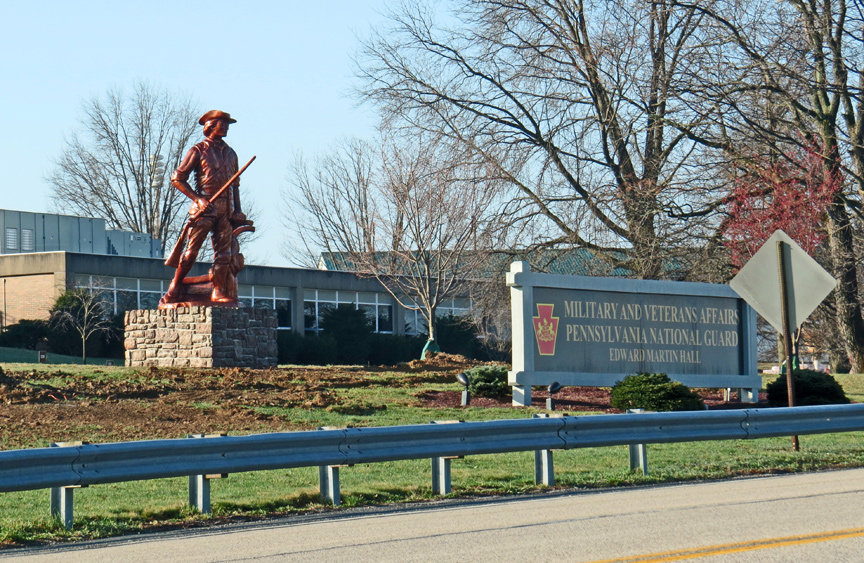 Fort Indiantown Gap, also referred to as "The Gap" or "FTIG", is a census-designated place and U.S. Army post primarily located in Lebanon County, Pennsylvania. A portion of the installation is located in eastern Dauphin County. It is located adjacent to Interstate 81, 23 miles (37 km) northeast of Harrisburg, just north of the northern terminus of Pennsylvania Route 934 at I-81's Exit 85. The installation is an active National Guard Training Center and serves as headquarters for the Pennsylvania Department of Military and Veterans Affairs and the Pennsylvania National Guard. The fort surrounds Memorial Lake State Park. It is served by the Annville, Pennsylvania post office. As of the 2010 census the population was 143 residents. 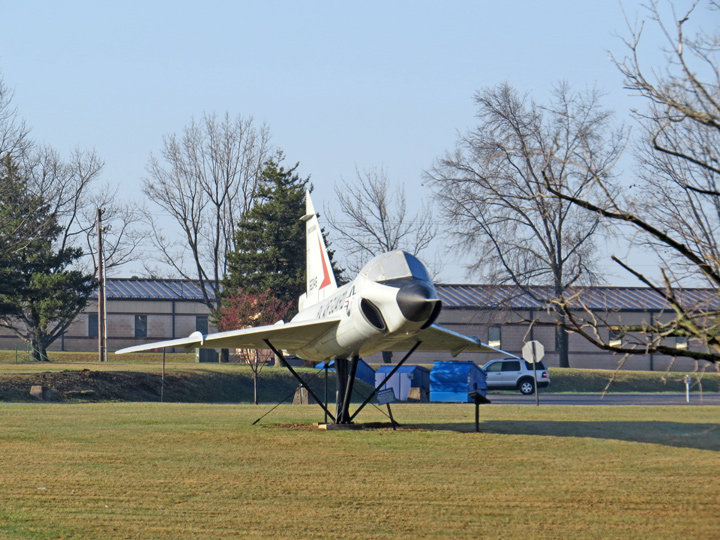 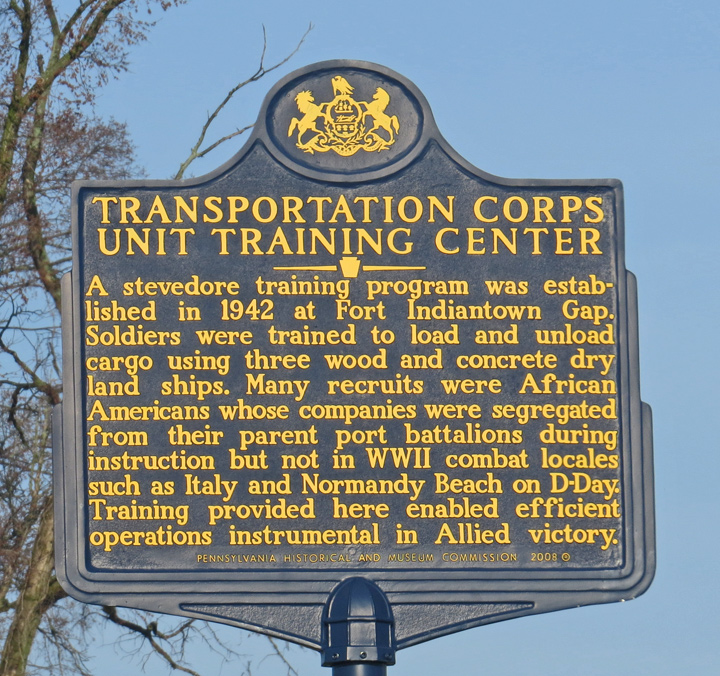 The history of Fort Indiantown Gap dates back to 1755, when resentment of the Susquehannock Indians toward white settlers forced the colonial government of Pennsylvania to establish a fortification in the area. The Susquehannock, who had been cultivating the land in that area of Pennsylvania for well over three thousand years, became willing allies against the colonists as the French and Indian War began. At the onset of the war, the Susquehannock attacked colonial frontier settlements using the passes that existed in Blue Mountain through Manada Gap, Indiantown Gap, and Swatara Gap. Because of these attacks, a chain of fortifications was established across the northern tier of Lebanon County, to include Fort Indiantown Gap. 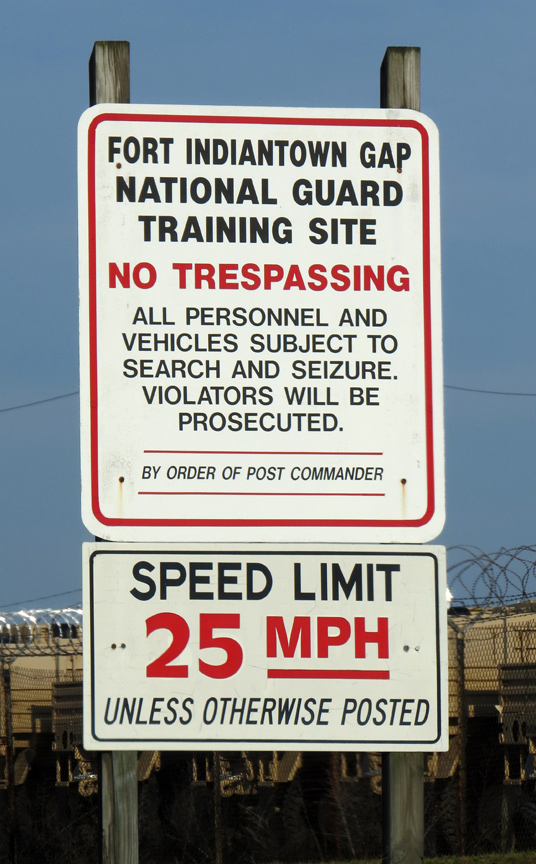 The modern post was originally developed by the Commonwealth of Pennsylvania, on the recommendation of General Edward Martin, as a National Guard training site in 1931. Over the years, the installation has served as home to the Pennsylvania National Guard as well as active units of the United States Army. In 1941, the post was officially named Indiantown Gap Military Reservation (IGMR). Martin retired from military service and went on to serve as Governor of Pennsylvania and then State Senator. After his death, the Legislature of Pennsylvania renamed the installation the Edward Martin Military Reservation, a designation that Martin himself had rejected throughout his life. The new name was never fully accepted by the military personnel who served there. In 1975, the Secretary of the Army renamed the post Fort Indiantown Gap, in order to more closely align it with other Active Duty stations throughout the United States. Pennsylvania also reinstated the Indiantown Gap designation, which it retains today. 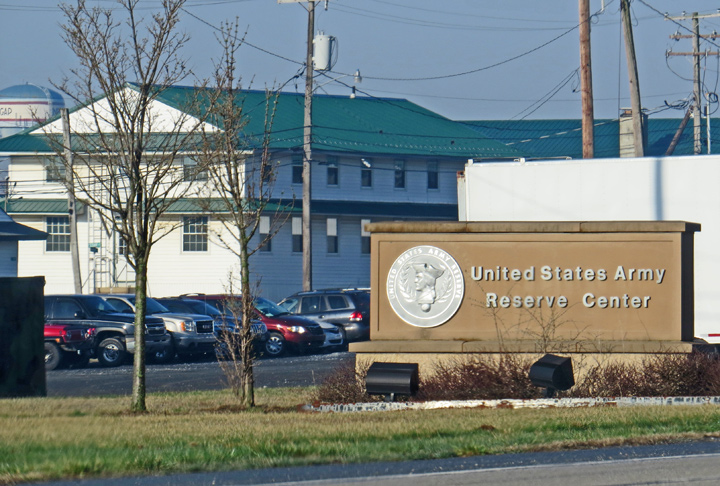 World War II reconfirmed the strategic importance of the Gap, which became one of the nation's most important Army training camps and served as a staging area for the New York Port of Embarkation. Construction on the installation began almost immediately. Thirteen thousand workmen were called in to construct over 1,400 buildings, including headquarters buildings, three fire stations, two guest houses, a bus station, nine chapels, two service clubs, four huge theaters, a large sports arena, and a 400-bed hospital. Seven U.S. Army divisions were given final training at the Gap prior to being shipped overseas. The Gap also served as a demobilization site for many units returning home from the European Theater of Operations after the war ended.

From 1951 to 1953, during the Korean War, the Gap’s strategic role again surfaced when it became the home of the 5th Infantry Division, whose mission was to train 32,000 troops as replacements for assignment to Korea. 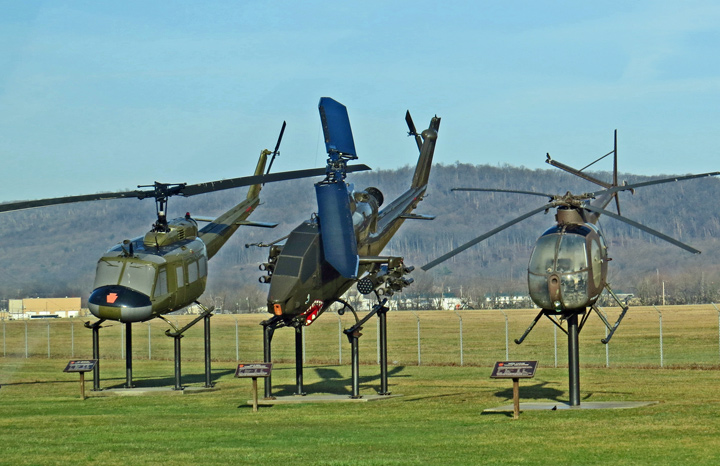 During the late 1960s and early 1970s, during the Vietnam War, Fort Indiantown Gap served as one of the largest Reserve Officers Training Corps summer camps for the U.S. Army. 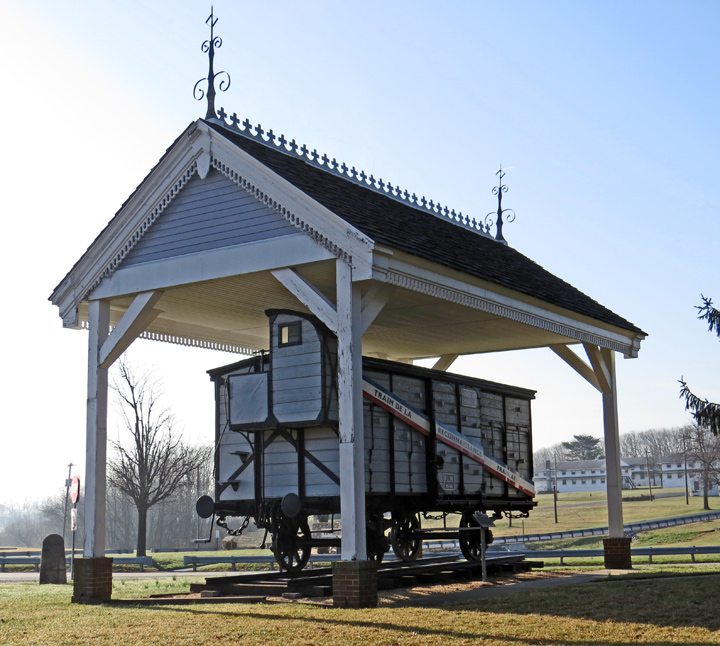 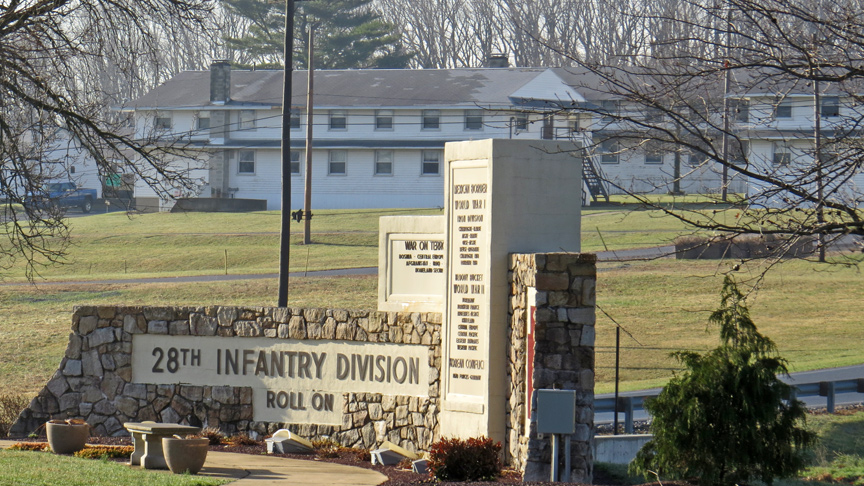 In 1975, the Gap served as a refugee camp for southeast Asian refugees. For eight months, more than 32,000 Vietnamese and Cambodian refugees were resettled through the installation. 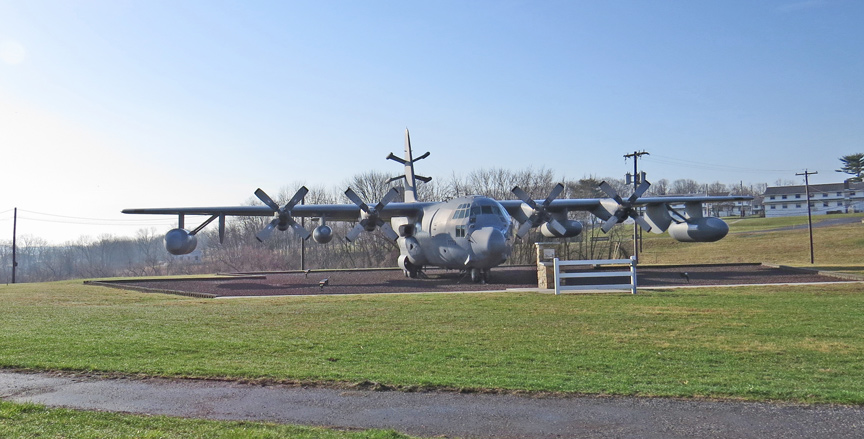 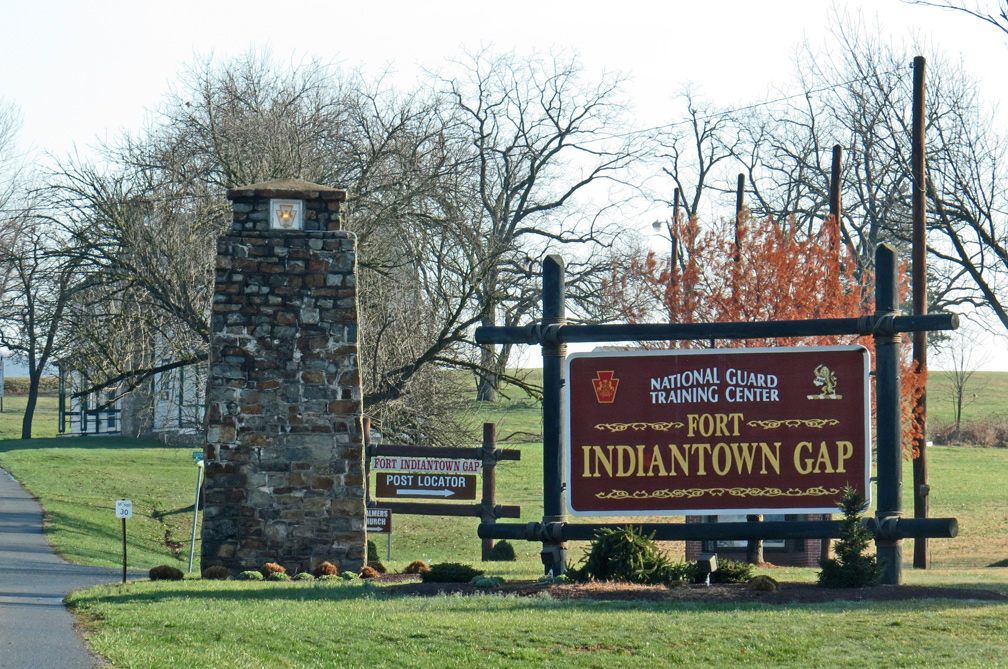 In 1976, a section of Fort Indiantown Gap was selected as the new national cemetery for the states of Delaware, Maryland, New Jersey, Virginia, and West Virginia. The Commonwealth of Pennsylvania donated the land for the site to the Veterans Administration. 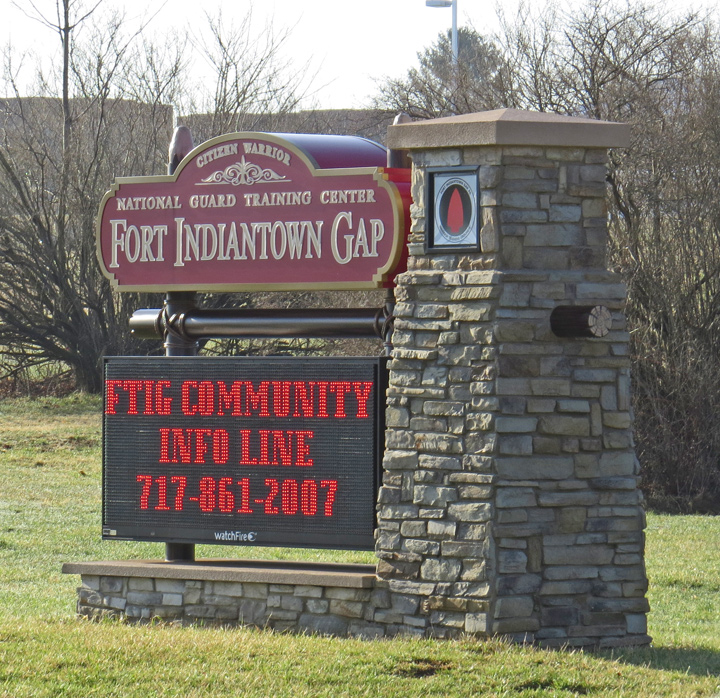