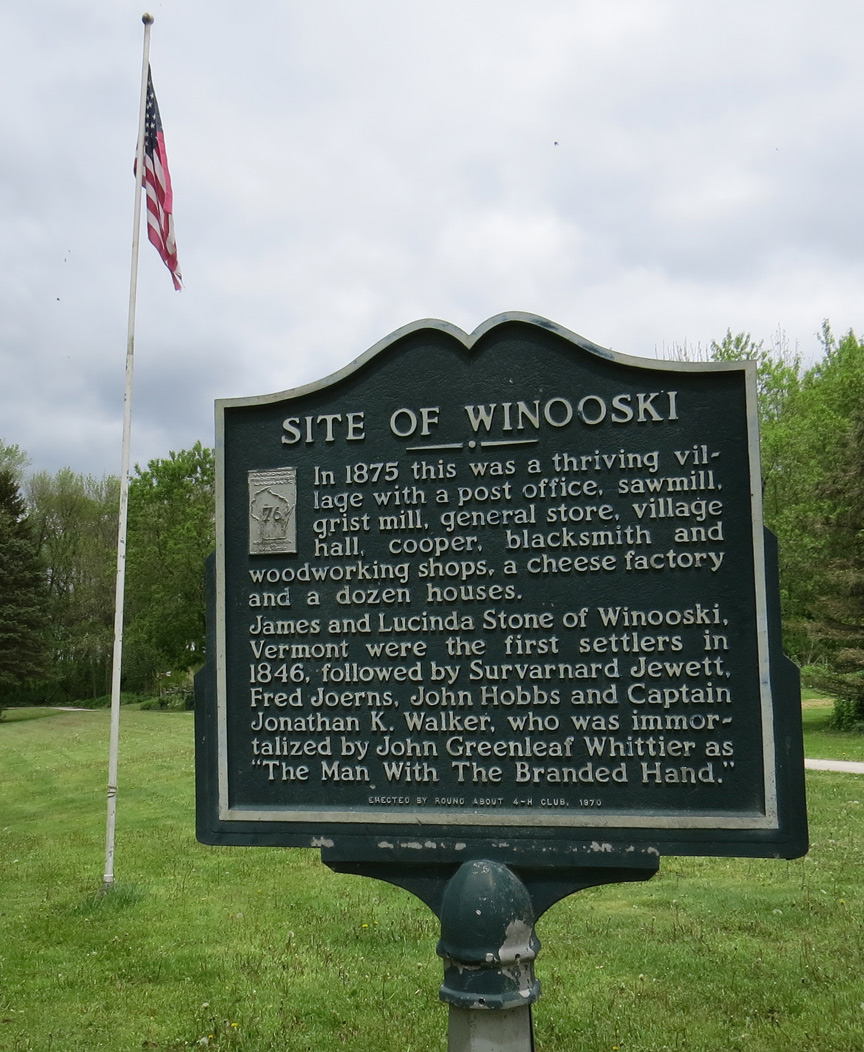 Winooski was a hamlet in the Town of Lyndon in Sheboygan County, Wisconsin, United States

It was named after Winooski, Vermont, home of James and Lucinda Stone, who were the town's first settlers in 1846.

followed by Survarnard Jewett, Fred Joerns, John Hobbs and Captain Jonathan K. Walker, who was immortalized by John Greenleaf Whittier as "The Man With The Branded Hand." 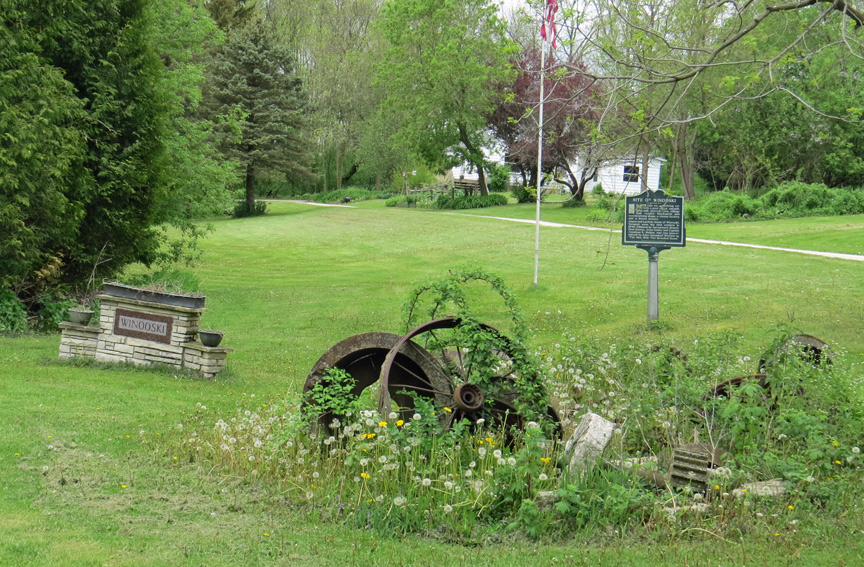 Winooski as of 1875 had its own post office and village hall.

Businesses included saw and grist mills, a cheese factory, and a general store, as well as a cooper, a blacksmith, and a woodworking shop.

There were perhaps a dozen houses in the settlement proper.[1]