skyline of the modern city

Panama City, capital and largest city of Panama, also the capital of Panama Province. It is located on Panama’s central coast, near the Pacific end of the Panama Canal. Situated at the country’s narrowest point, Panama City has been a center for the movement of people and goods between the Atlantic and Pacific oceans since its founding in the 16th century. It is also a center of domestic commerce and manufacturing. The city has a tropical maritime climate, with a dry season from January to April and a rainy season from May to December. The average daily high temperature is 30° C (87° F), and the average daily low is 23° C (73° F).

Panama City is by far the largest city in Panama, and its metropolitan area contains nearly 1 million people, about one-third of the nation’s inhabitants. From 1980 to 1990 the population of the city proper grew from 386,300 to 413,000. This modest increase, after decades of rapid growth, reflected political turmoil and the poor performance of the economy that accompanied it. After 1990 both the economy and the political system improved greatly, and by 1996 the city’s population had increased to 668,927. The population of Panama City is young on average and relatively healthy.

More Photos of the French section

Most of Panama City’s residents are either mestizo (of mixed Native American and European background) or mulatto (of mixed European and African heritage). Others are descended from European and black Caribbean immigrants who arrived in the 19th and 20th centuries. Panama has long served as a crossroads between oceans and continents, and thus has attracted immigrants from all over the world. This diverse population is concentrated in the capital, along with a few other cities. People from the West Indies, the Middle East, Asia, and North America are now represented in Panama City. Although most of the city’s residents are Roman Catholic, Jews and a range of other religious communities are also present.

More Photos of the Iglesia of San Jose 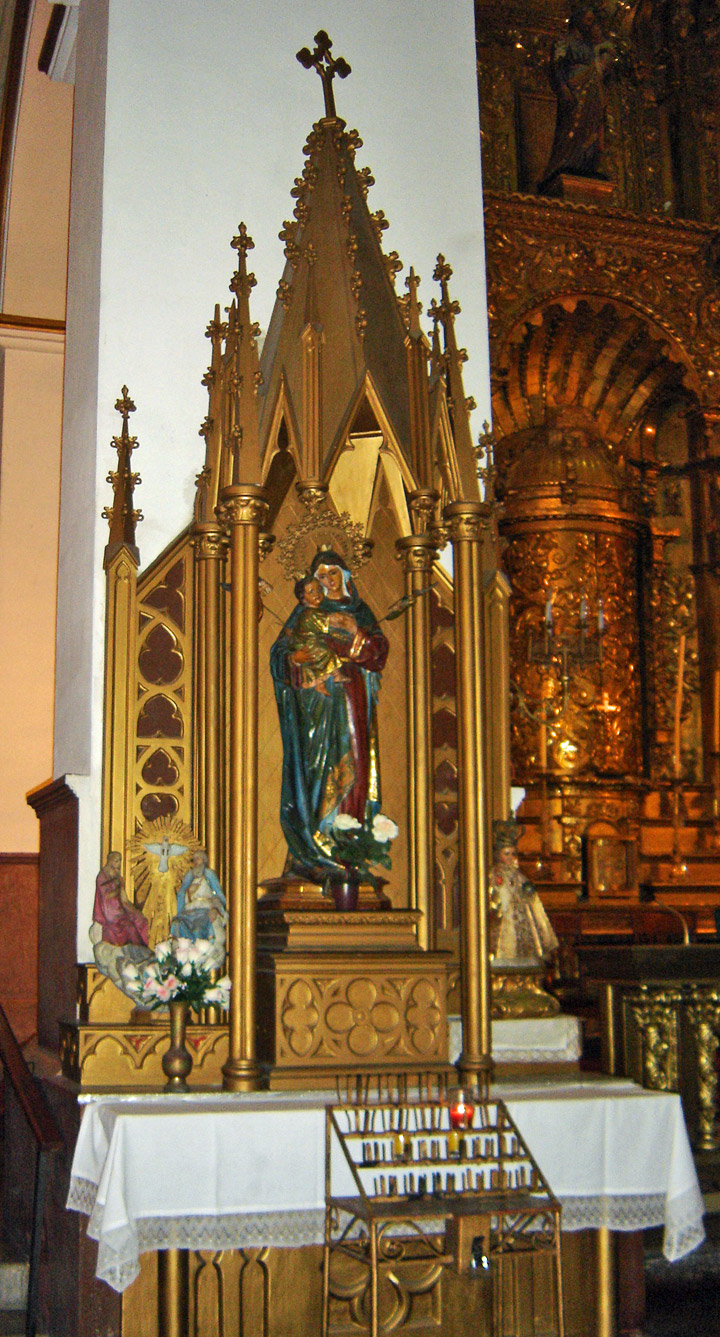 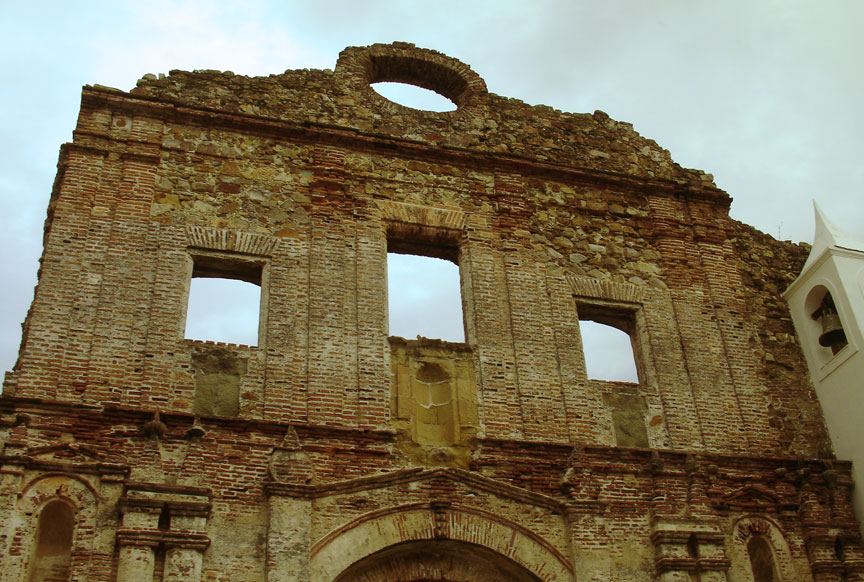 Panama City is bounded on the west by the port of Balboa and the Pacific entrance to the Panama Canal. The city stretches from southwest to northeast along the shore of the Bay of Panama, covering 106 sq km (41 sq mi). The metropolitan area occupies 678 sq km (262 sq mi).

With their colonial ruins, modern high-rise office buildings, luxury homes, and squatters’ slums, the city’s neighborhoods reflect a blend of cultures, eras, and economic levels. In the southwest, on a peninsula jutting south into the bay, is the Casco Viejo(Old City). Built by the Spaniards in the 1670s, this district originally was surrounded by walls to provide protection from pirates. Some remnants of the Spanish fortifications can still be seen, including Las Bovedas (the Vaults), a sea wall containing dungeons. The Casco Viejo features several notable buildings, including the colonial Catholic cathedral (begun in 1673), the Presidential Palace, where the nation’s president lives, and the National Theater.

Photos of the Presidential Palace

From this peninsula, the city expanded inland to the northeast. In the 19th century, low-income neighborhoods developed outside the walls of the Casco Viejo. Businesses and wealthy families began to relocate to a hilly area about one mile north of the Casco Viejo, called Bella Vista. The city’s expansion to the northeast has continued steadily during the 20th century. Poor people, often squatters or residents of government housing, have tended to form the leading edge of this expansion, settling on the outskirts of the city. Shantytowns are often built on hillsides or swampy areas, interspersed with wealthier neighborhoods.

Northeast of the peninsula lies Panama City’s business core and a number of upper-class residential areas. These include the districts of El Carmen, Obarrio, Cangrejo, Paitilla, Altos del Golf, and Cinquentenario, all located within a mile of the Pacific Ocean. A seaside promenade and a boulevard, called the Avenida, line the waterfront from the Casco Viejo to the affluent Paitilla area. Toward the eastern edge of the city proper is the neighborhood of San Francisco, where the huge ATLAPA Convention Center (which takes its name from Atlantic and Pacific) is located. In the suburbs farther north are the ruins of Panama Vieja (Old Panama), where the city was first established in 1519, only to be destroyed by pirates 150 years later. In the uplands beyond the city limits, the suburb of San Miguelito has grown to be the nation’s second-largest city.

ruins of Cathedral in La Vieja

Panama City has also expanded westward into part of the former Panama Canal Zone, an area around the Panama Canal that was administered by the United States from 1903 until 1979, when most of it was transferred to the Panamanian government. This area, which is served by the Tumbamuerto highway, now includes upper-middle-class neighborhoods and the large Metropolitan Natural Park. About 25 km (about 15 mi) northwest of the city, along the canal, is Soberanía National Park, which features hiking trails and a wide variety of tropical animals and plants.

Other Photos from the Canal Zone

"Noriega"
(Once a military dictator, now just a tile name on a run down mansion)