The Silk Road (German: Seidenstraße) (or Silk Routes) is an extensive interconnected network of trade routes across the Asian continent connecting East, South, and Western Asia with the Mediterranean world, as well as North and Northeast Africa and Europe. The term "Seidenstraße" (literally "Silk Road") was coined retrospectively by the German geographer Ferdinand von Richthofen in 1877 and has since found its way into general usage. It was the major reason for the connection of trade routes into an extensive trans-continental network. 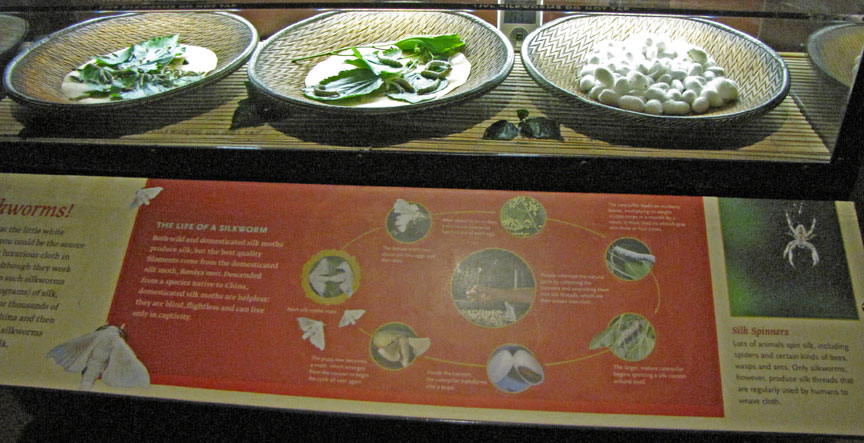 silk from the silk worm

The Silk Routes (collectively known as the 'Silk Road') were important paths for cultural, commercial and technological exchange between traders, merchants, pilgrims, missionaries, soldiers, nomads and urban dwellers from Ancient China, Ancient India, Ancient Tibet, Persia and Mediterranean countries for almost 3,000 years. It gets its name from the lucrative Chinese silk trade, which began during the Han Dynasty (206 BCE–220 CE). 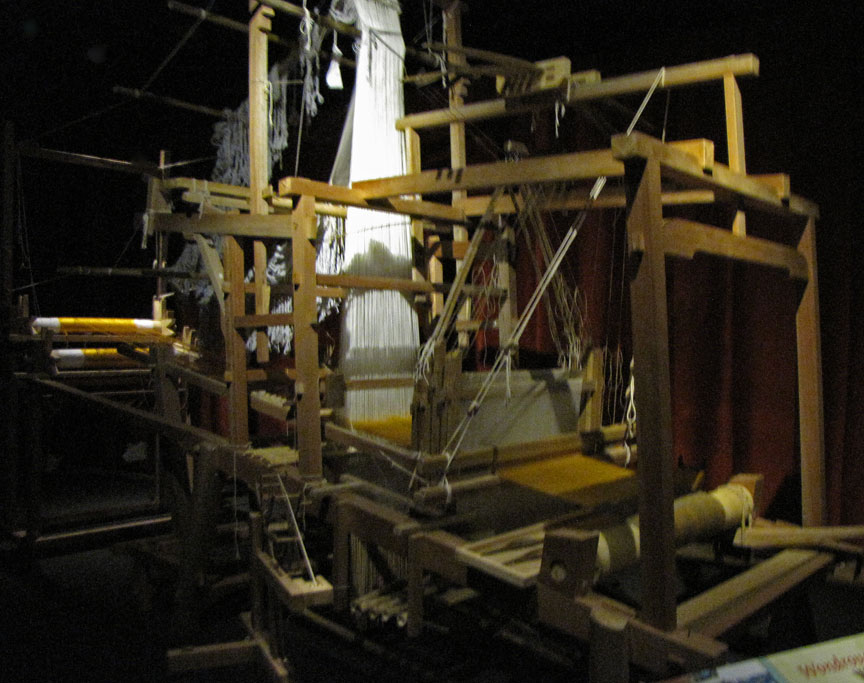 Extending 4,000 miles, the routes enabled people to transport goods, especially luxuries such as slaves, silk, satin and other fine fabrics, musk, other perfumes, spices, medicines, jewels, glassware and even rhubarb, as well as serving as a conduit for the spread of knowledge, ideas, cultures and diseases between different parts of the world (Ancient China, Ancient India, Asia Minor and the Mediterranean). Trade on the Silk Road was a significant factor in the development of the great civilizations of China, India, Egypt, Persia, Arabia and Rome, and in several respects helped lay the foundations for the modern world. 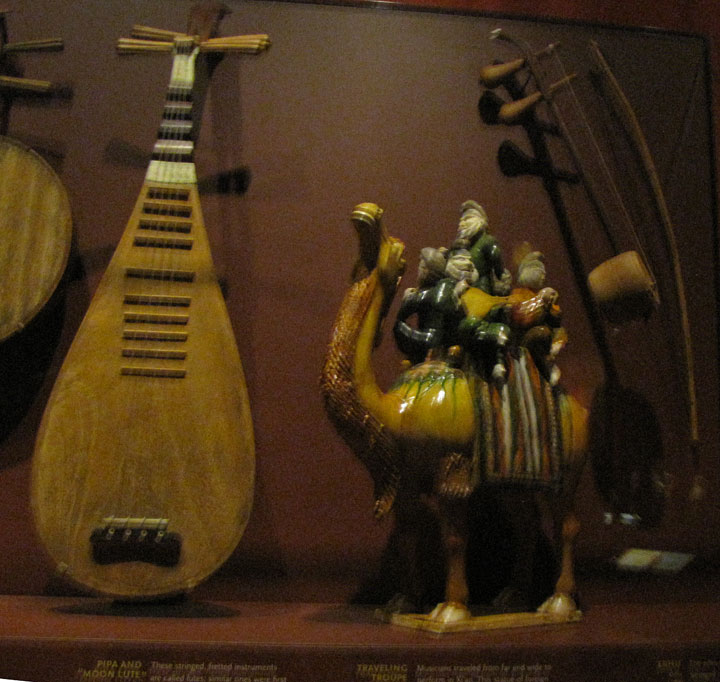 Although the term the Silk Road implies a continuous journey, very few who traveled the route traversed it from end to end. For the most part, goods were transported by a series of agents on varying routes and were traded in the bustling mercantile markets of the oasis towns.

The central Asian sections of the trade routes were expanded around 114 BCE by the Han dynasty, largely through the missions and explorations of Zhang Qian, but earlier trade routes across the continents already existed. In the late Middle Ages, transcontinental trade over the land routes of the Silk Road declined as sea trade increased. Though silk was certainly the major trade item from China, many other products were traded, and various technologies, religions and philosophies as well as the bubonic plague (the so-called 'Black Death') also traveled along the Silk Routes. India played a vital role in the trade, being virtually by the center of the route as well as having unique products such as spices, precious stones, and hand-crafted goods. 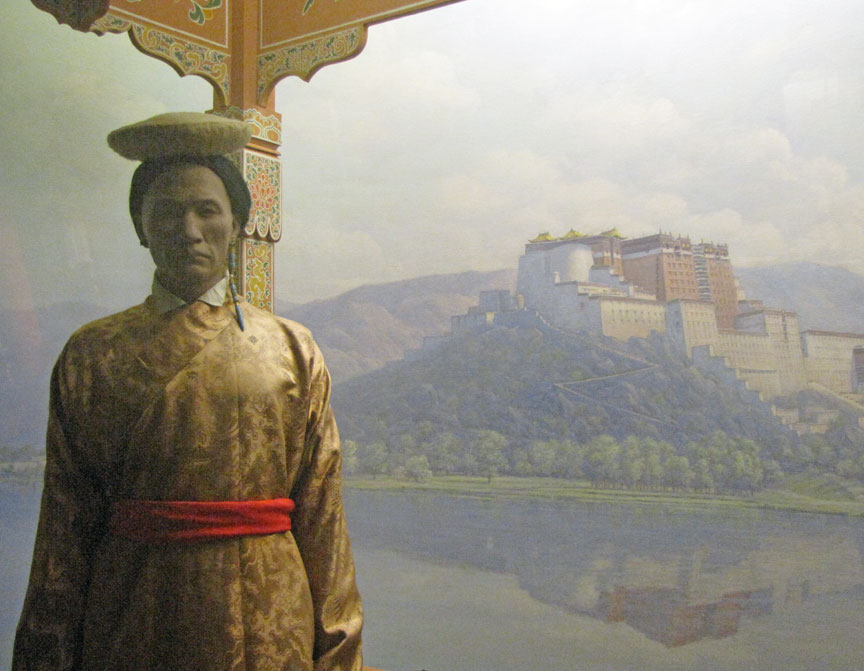 As it extends westwards from the ancient commercial centers of China, the overland, intercontinental Silk Road divides into the northern and southern routes bypassing the Taklamakan Desert and Lop Nur. 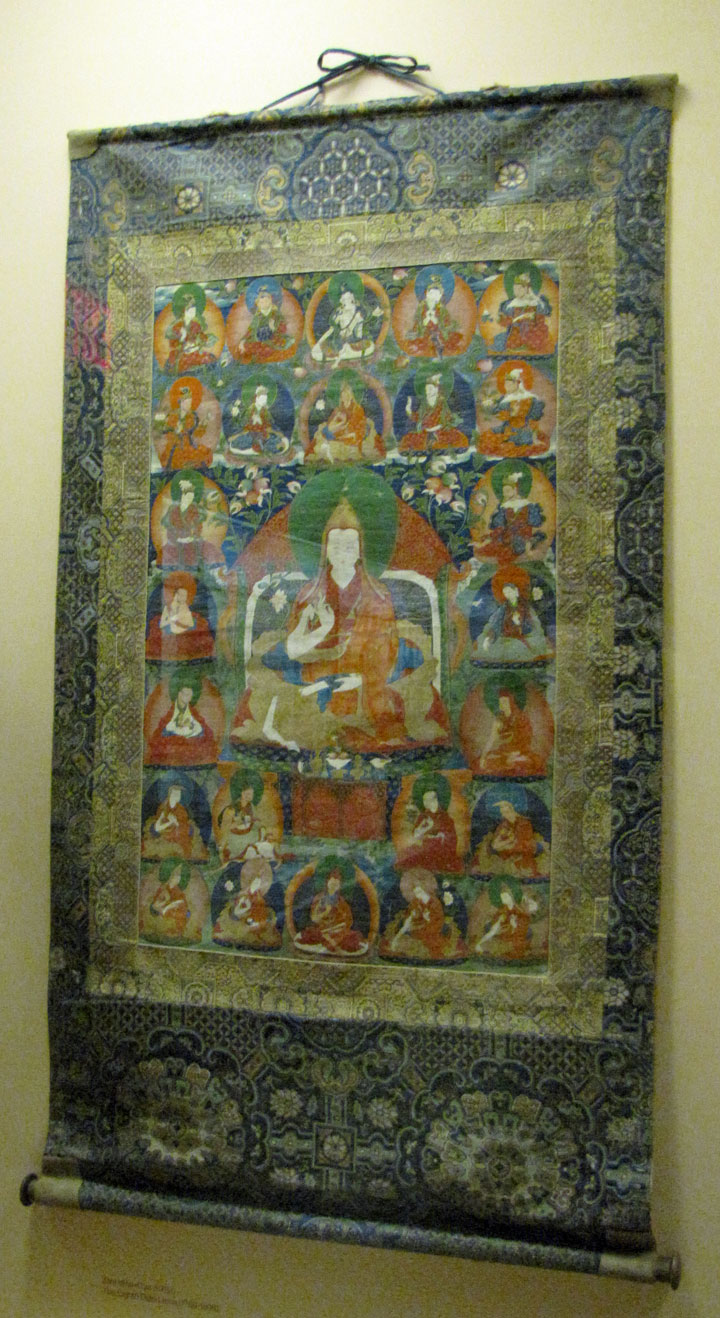 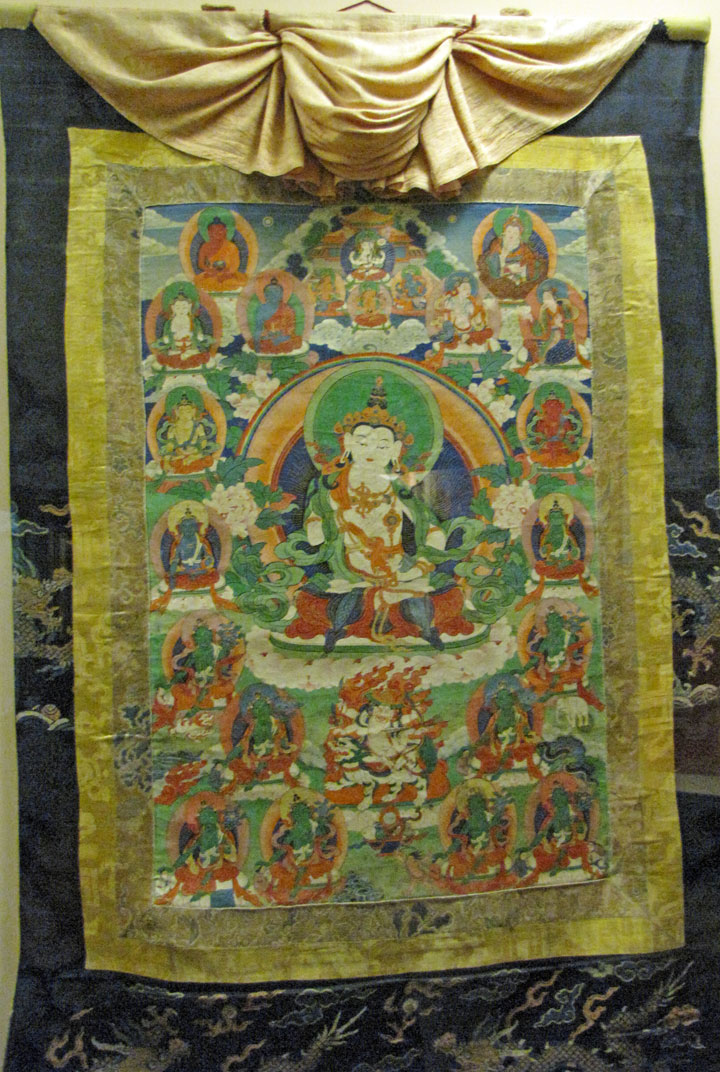 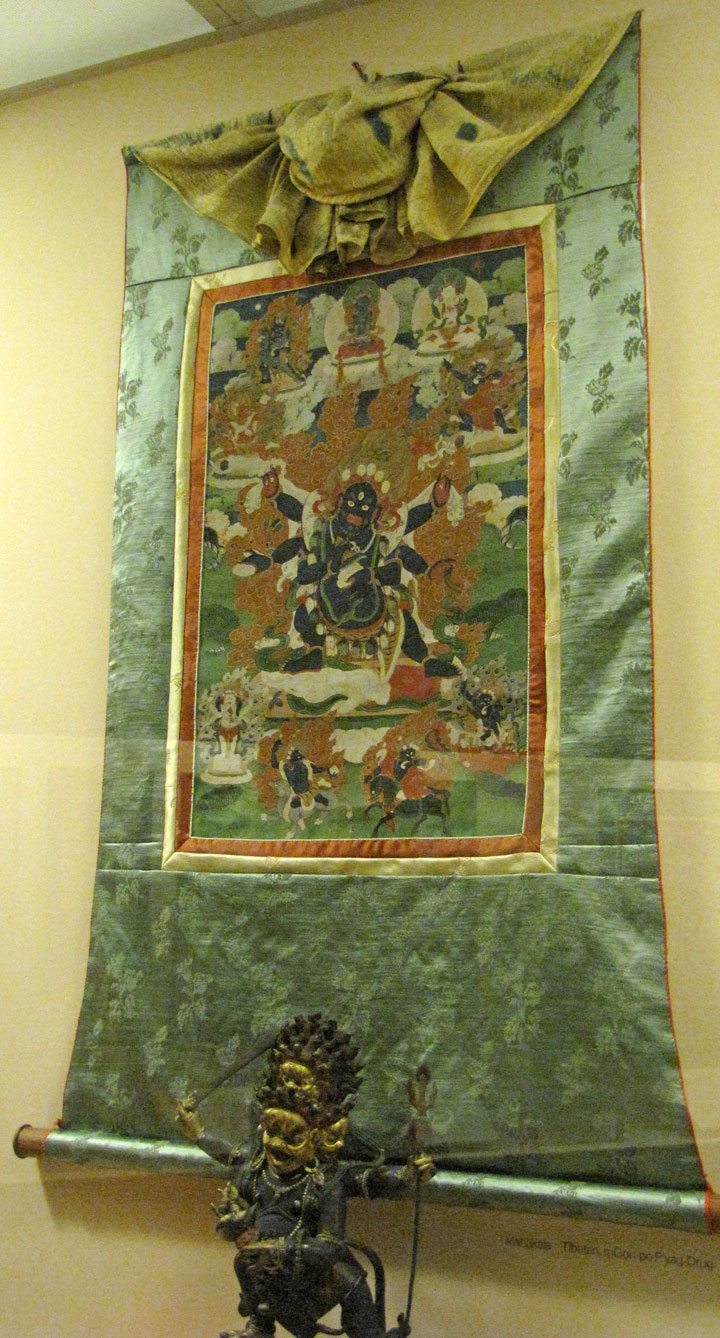 The route travels northwest through the Chinese province of Gansu from Shaanxi Province, and splits into three further routes, two of them following the mountain ranges to the north and south of the Taklimakan Desert to rejoin at Kashgar; and the other going north of the Tian Shan mountains through Turpan, Talgar and Almaty (in what is now southeast Kazakhstan). The routes split west of Kashgar with one branch heading down the Alai Valley towards Termez and Balkh, while the other traveled through Kokand in the Fergana Valley 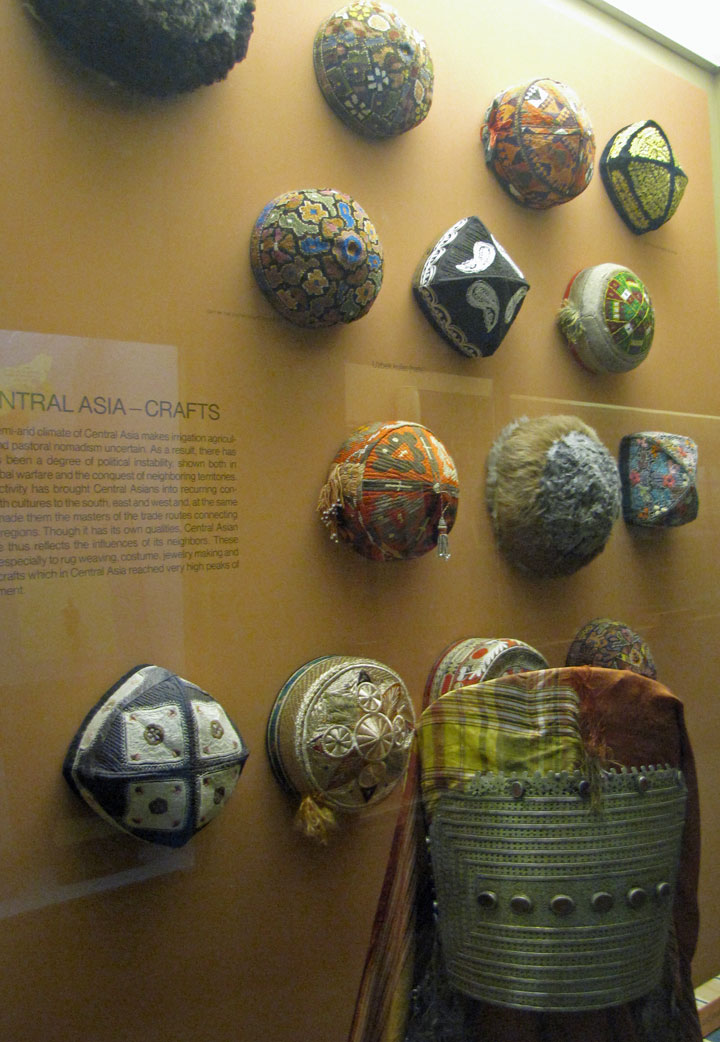 One of the branch routes turned northwest to the north of the Aral and Caspian seas then and on to the Black Sea. Yet another route started at Xi'an, passed through the Western corridor beyond the Yellow Rivers, Xinjiang, Fergana (in present-day eastern Uzbekistan), Persia and Iraq before joining the western boundary of the Roman Empire. A route for caravans, the northern Silk Road brought to China many goods such as "dates, saffron powder and pistachio nuts from Persia; frankincense, aloes and myrrh from Somalia; sandalwood from India; glass bottles from Egypt, and other expensive and desirable goods from other parts of the world." In exchange, the caravans sent back bolts of silk brocade, lacquer ware and porcelain. 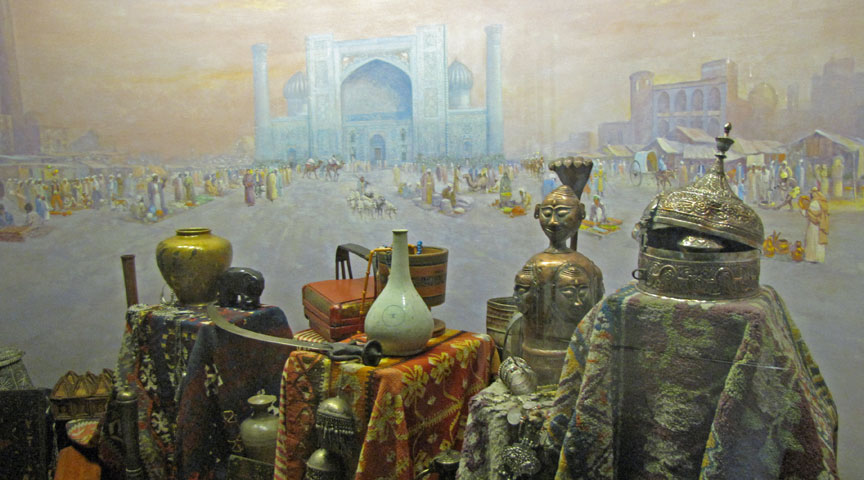 The southern route is mainly a single route running from China, through Karakoram. Here it is nowadays the international paved road connecting Pakistan and China as the Karakoram Highway. It then continues to Turkestan–Khorasan region, Mesopotamia, and into Anatolia, with southward spurs enabling the journey to be completed by sea from various points. It starts out southwards in China. Crossing the high mountains, then it passes through northern Pakistan, over the Hindu Kush mountains, and into Afghanistan, rejoining the northern route briefly near Merv. From there it follows a nearly straight line west through mountainous northern Iran and the northern tip of the Syrian Desert to the Levant, where Mediterranean trading ships plied regular routes to Italy, and land routes went either north through Anatolia or south to North Africa. Another branch road traveled from Herat through Susa to Charax Spasinu at the head of the Persian Gulf and across to Petra and on to Alexandria and other eastern Mediterranean ports from where ships carried the cargoes to Rome. 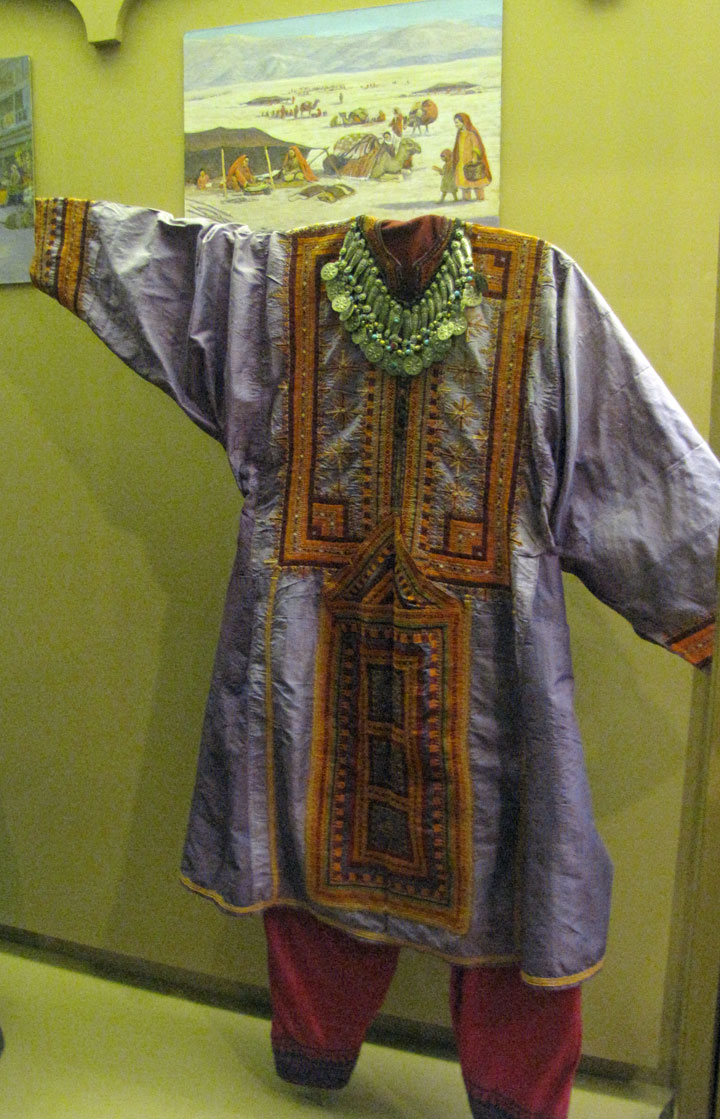 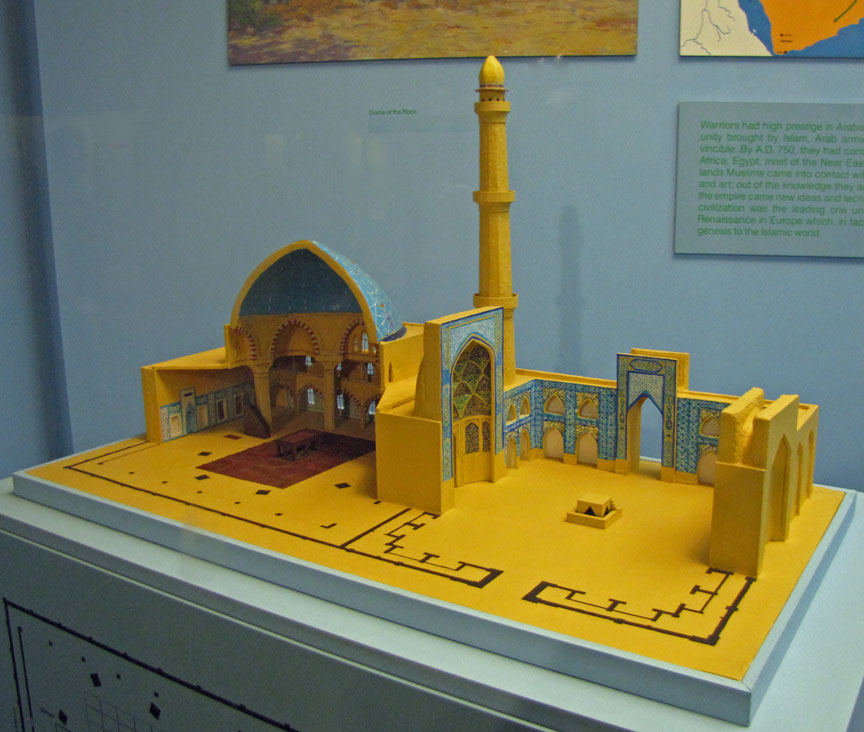 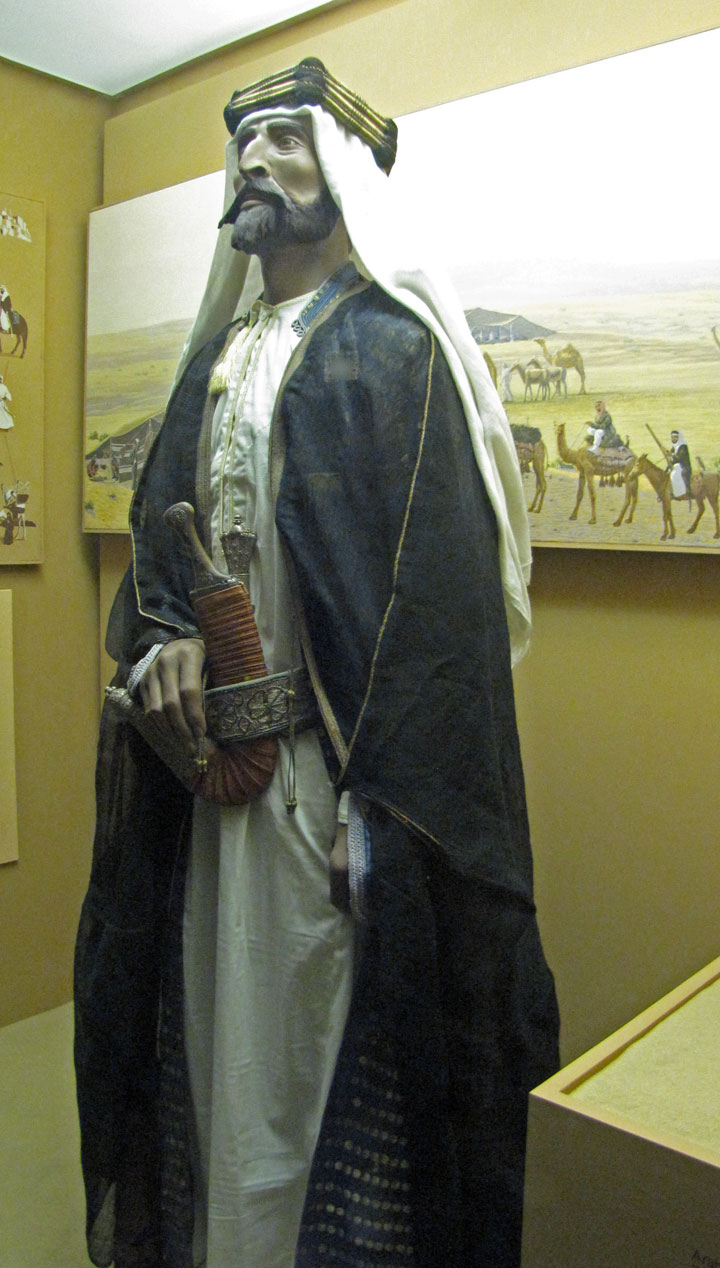