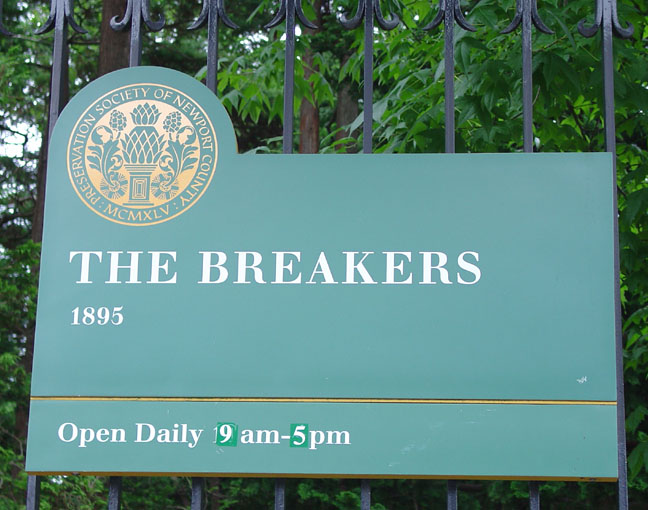 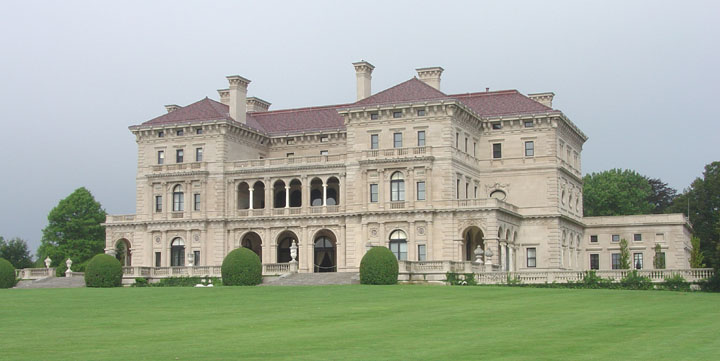 The Breakers is the grandest of Newport's summer "cottages" and a symbol of the Vanderbilt family's social and financial preeminence in turn of the century America. Commodore Cornelius Vanderbilt (1794-1877) established the family fortune in steamships and later in the New York Central Railroad, which was a pivotal development in the industrial growth of the nation during the late 19th century. 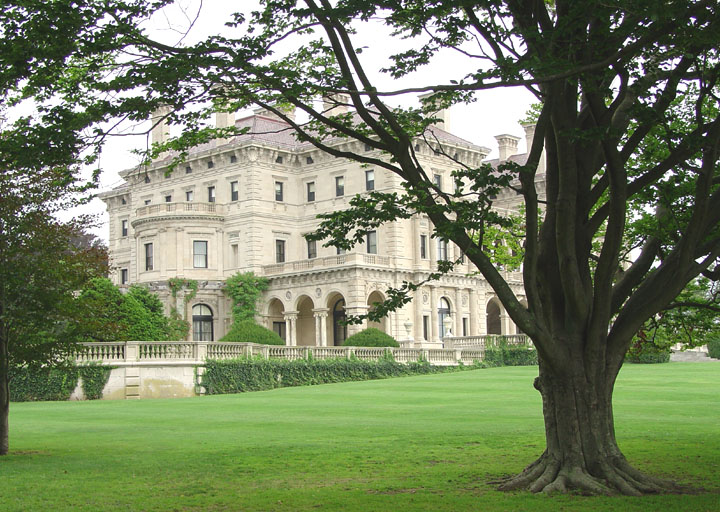 The Commodore's grandson, Cornelius Vanderbilt II, became Chairman and President of the New York Central Railroad system in 1885, and purchased a wooden house called The Breakers in Newport during that same year. 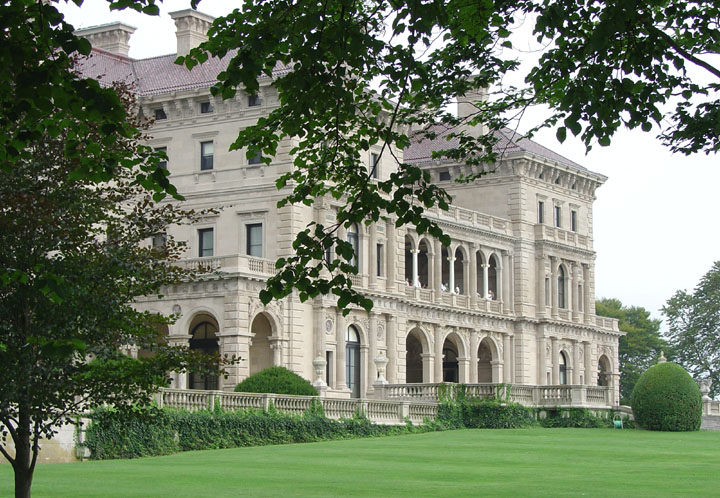 In 1893, he commissioned architect Richard Morris Hunt to design a villa to replace the earlier wood-framed house which was destroyed by fire the previous year. Hunt directed an international team of craftsmen and artisans to create a 70 room Italian Renaissance- style palazzo inspired by the 16th century palaces of Genoa and Turin. Allard and Sons of Paris assisted Hunt with furnishings and fixtures, Austro-American sculptor Karl Bitter designed relief sculpture, and Boston architect Ogden Codman decorated the family quarters. 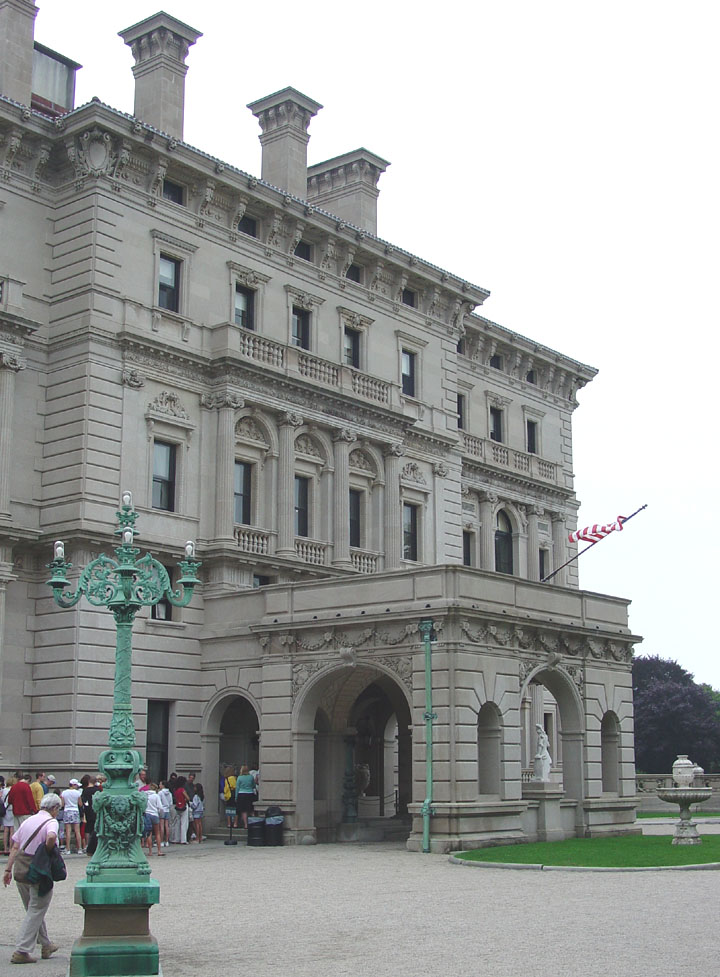 tourists waiting to visit the Mansion 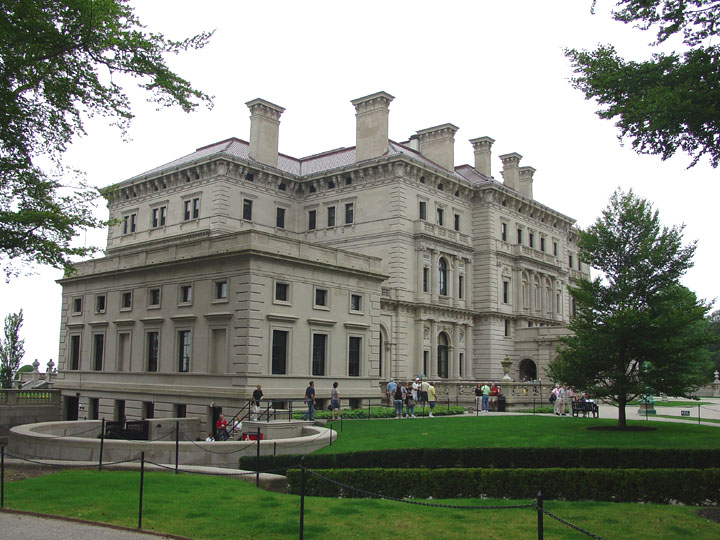 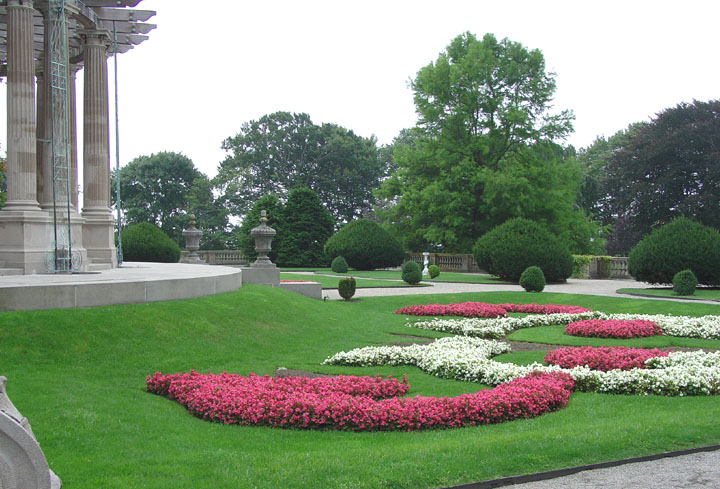 The Vanderbilts had seven children. Their youngest daughter, Gladys, who married Count Laszlo Szechenyi of Hungary, inherited the house on her mother's death in 1934. 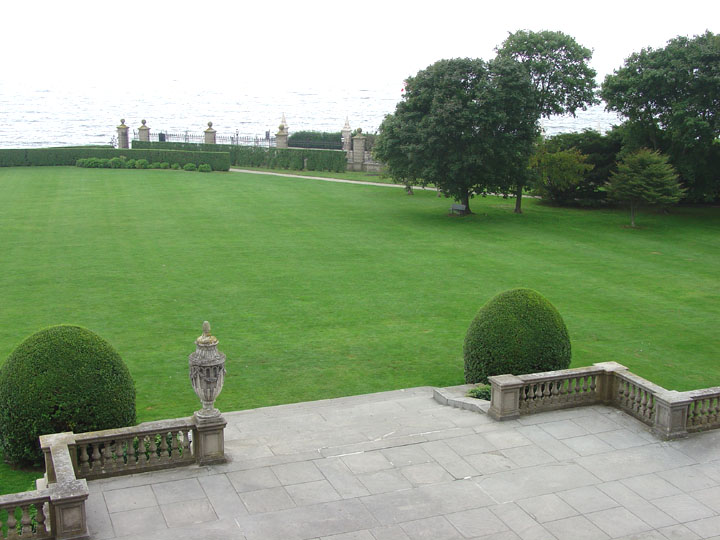 looking to the water from the porch of the Breakers 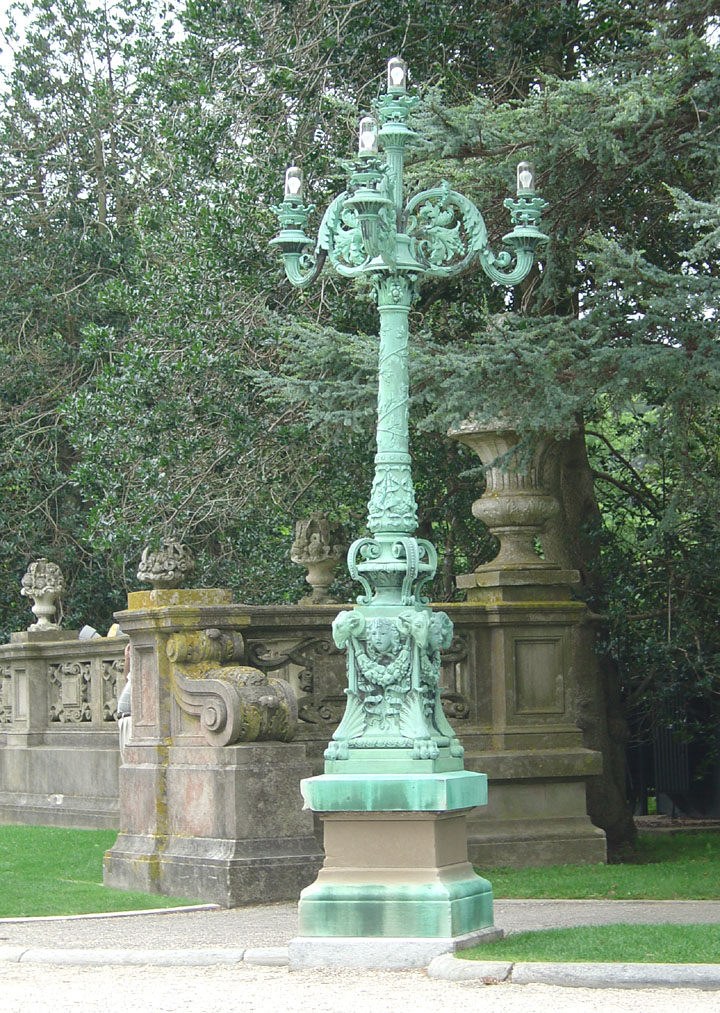 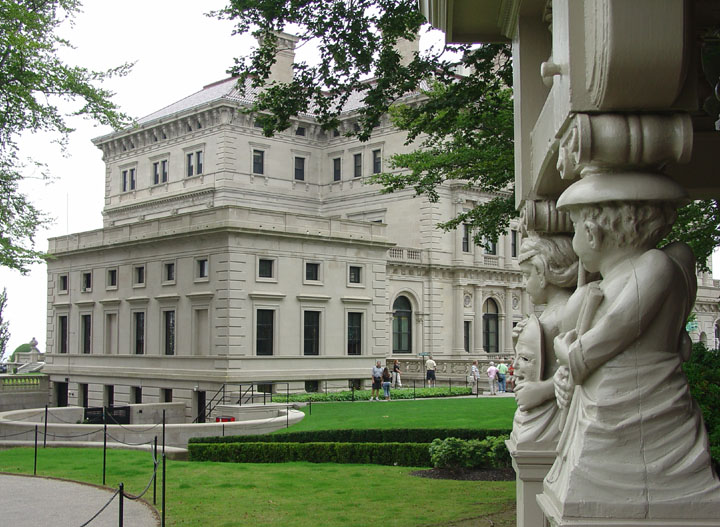 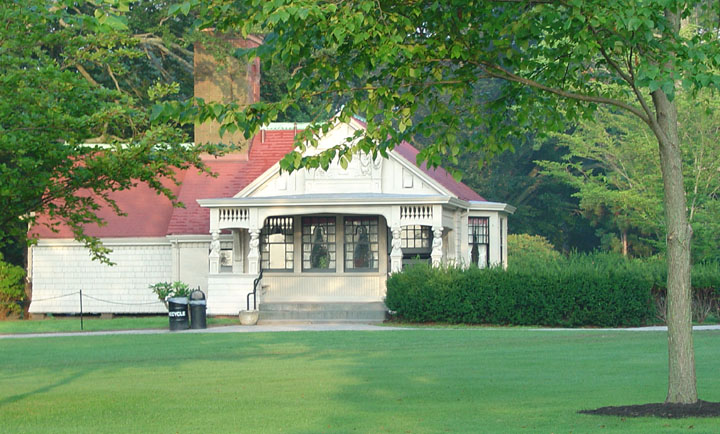 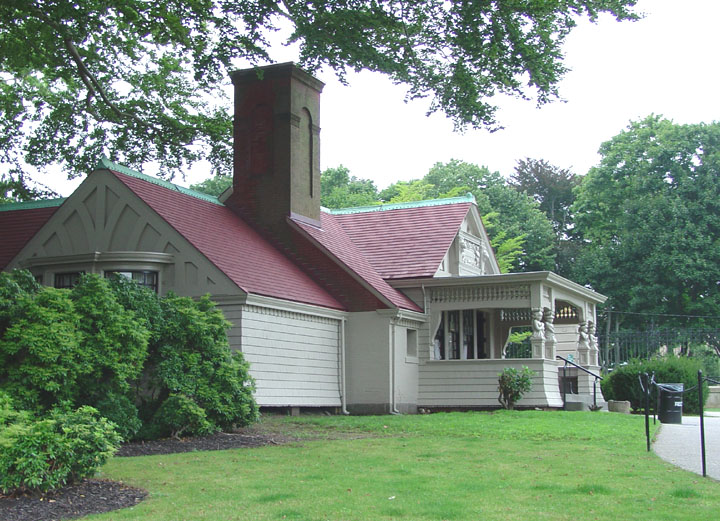 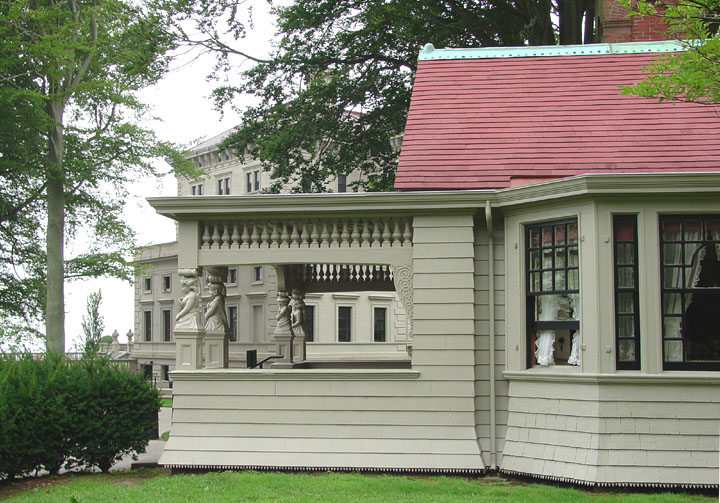 children's cottage with the Breakers in the background 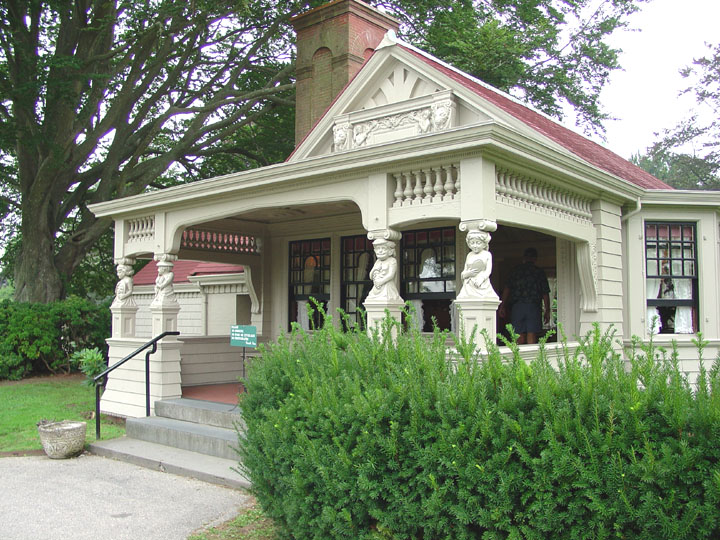 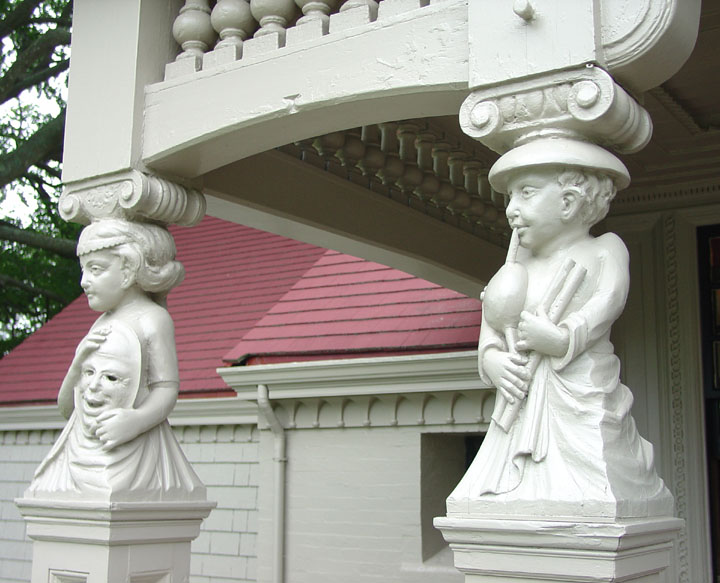