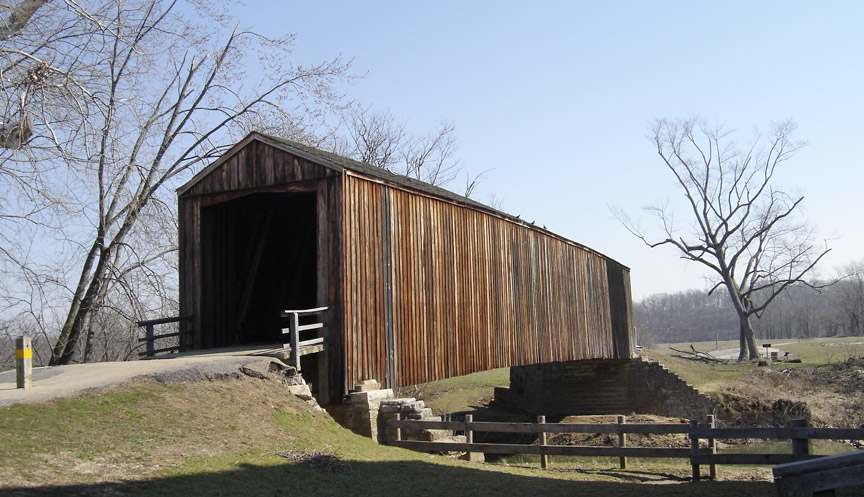 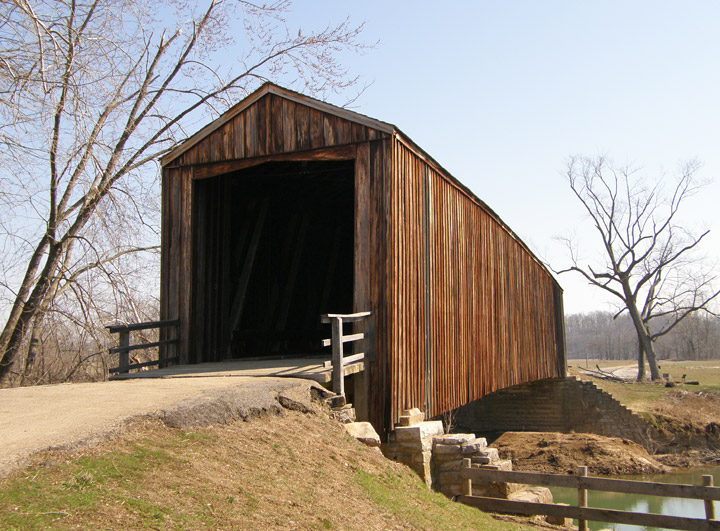 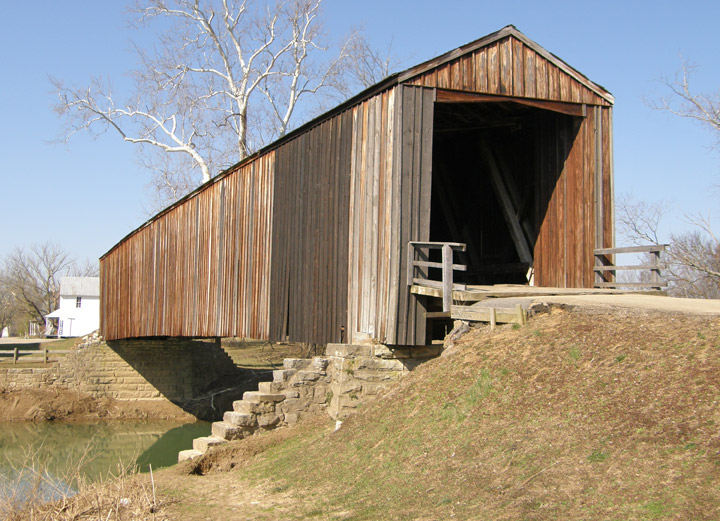 Missouri's surviving covered bridges serve as a reminder of simpler times, when journeys down life's road, or any road, were taken at a slower pace. An estimated 30 covered bridges spanned Missouri's rivers and creeks from the 1820s to the end of the century. Burfordville Covered Bridge is one of four of these bridges that survive today. 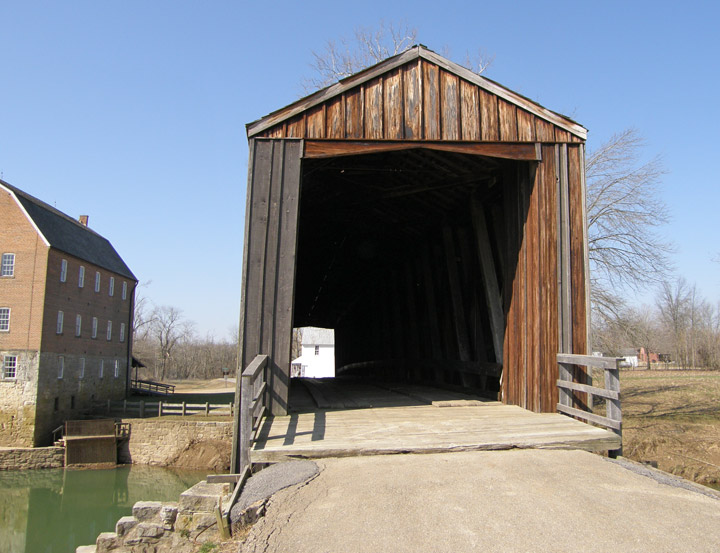 Burfordville Covered Bridge is the oldest remaining covered bridge in Missouri. Joseph Lansmon began its construction in 1858, but it is unclear if the bridge was completed before or after the Civil War. The bridge was not mentioned in St. Louis newspaper accounts of the 1861 burning of Bollinger Mill, located next to the bridge. After the Civil War, the bridge became a vital link, especially to farmers driving wagonloads of grain destined for the mill. 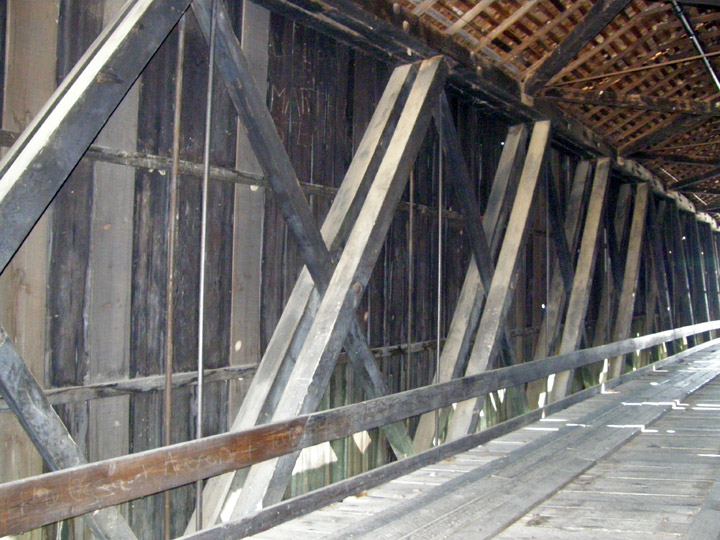 The bridge exhibits Howe-truss construction, named for William Howe, who patented the design in 1840. The essential feature of the design was its use of vertical iron rods to draw the diagonal wooden members tight against the top and bottom of the truss. The Howe-truss span was built mainly of yellow poplar. Burfordville Covered Bridge, which spans the Whitewater River, is 140 feet long and has a clearance 14 feet high and 12 feet wide. 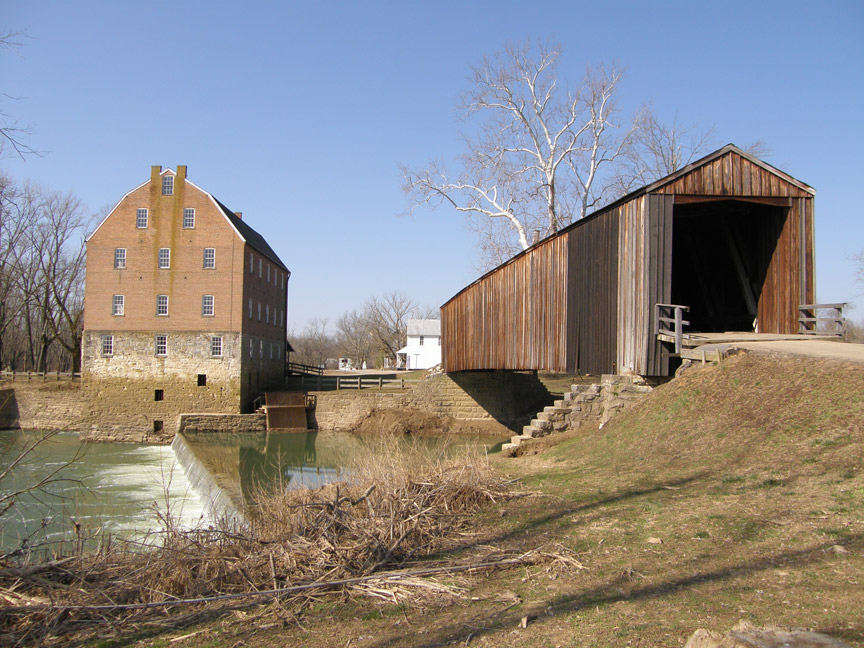 The road going through the bridge was part of the toll-road system between Burfordville, Jackson and Cape Girardeau. At that time, toll roads and bridges were commonly operated as private businesses. Tolls were charged until 1906 when local farmers, tired of waiting for the courts to abolish the tolls, broke down the gates and used the roads without paying. 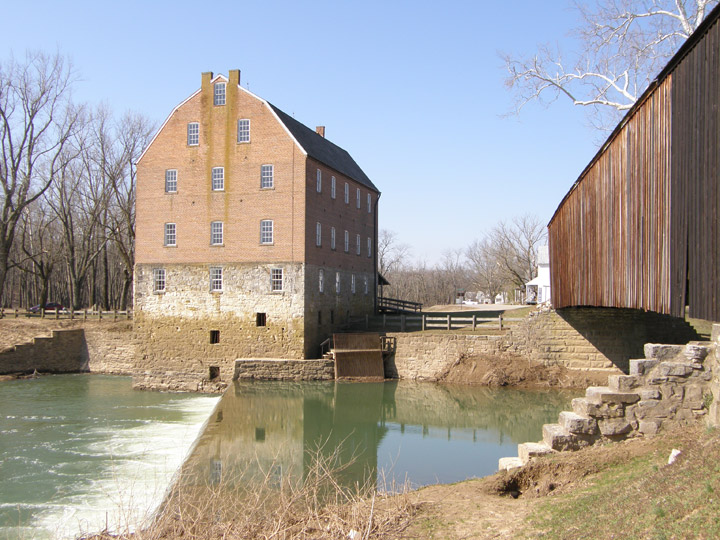 Although there were many advantages to the shelter provided by the roof and sides, the main purpose behind covering the bridges was to protect the intricate structural network of iron and timber trusses from the weather. The coverings also added strength, which reduced sagging and listing. Riders in uncovered buggies and carriages often used the bridges as shelters from wind, snow and rain.

Turn-of-the-century photos of Burfordville Covered Bridge show it in disrepair with missing siding and a partially collapsed roof. In 1908, a contractor was paid $390 by the county to repair the bridge. The highway commission again restored the bridge in 1950, adding a corrugated metal roof. 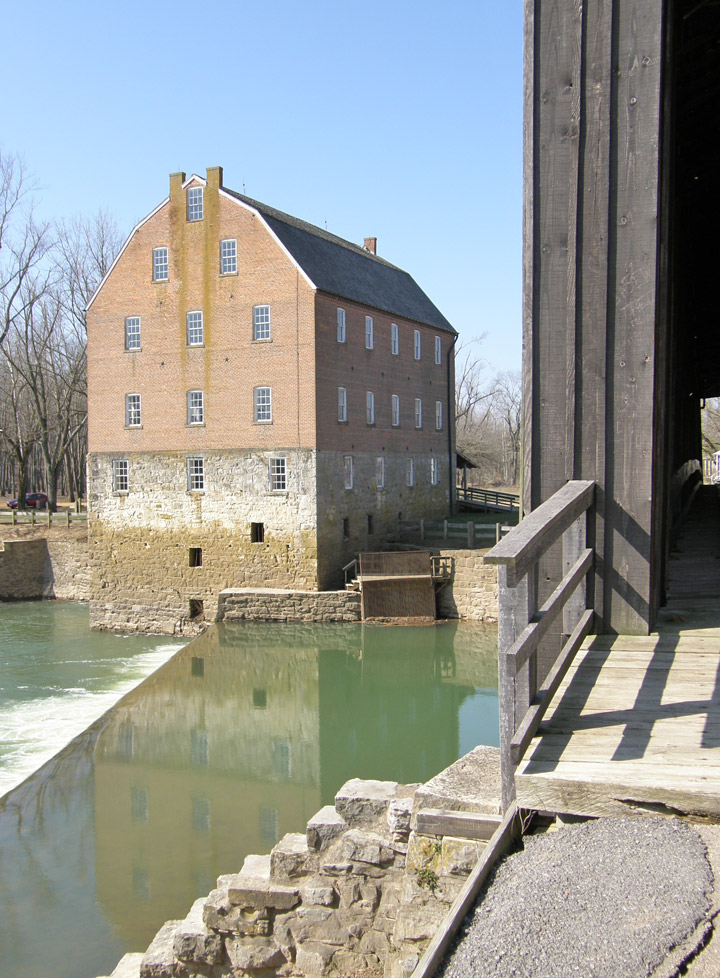 In 1967, the Missouri Legislature passed a bill authorizing the Missouri State Park Board to take possession of, repair and preserve the five remaining covered bridges in the state, one of which was destroyed in a flood shortly after. That same year, the Cape Girardeau County Historical Society donated Burfordville Covered Bridge and the adjacent Bollinger Mill to the state. In 1971, the park board restored the covered bridge, replacing the metal roof with wood shingles. A record flood in 1986 caused the Whitewater River to rise to a level of 17 inches on the road deck through the bridge. The pressure of the current against the siding caused the bridge to move slightly, resulting in the bridge being closed to vehicular and pedestrian traffic. 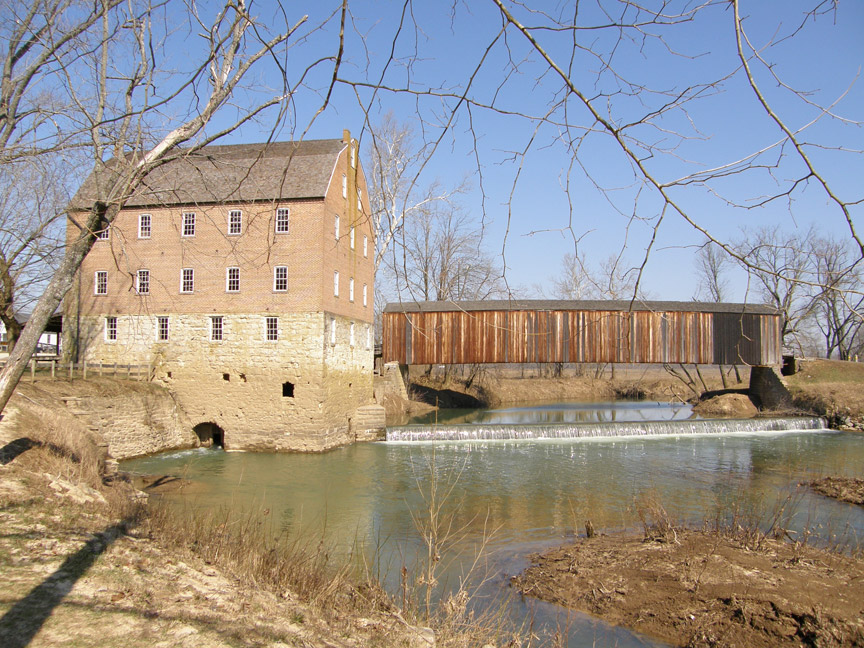 The most recent repairs to the bridge were completed in the summer of 1998 when the trusses were repaired. Lower truss timbers, support timbers and vertical iron rods, which provide the necessary tension needed for the trusses to function, were replaced. Although some damaged siding was replaced, every attempt was made to avoid altering the appearance of the bridge. 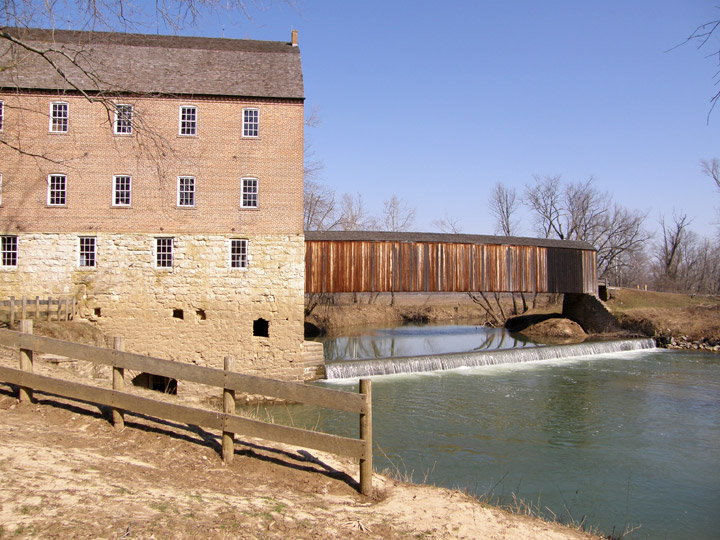 Burfordville Covered Bridge, open to pedestrian traffic only, is part of Bollinger Mill State Historic Site. The side-by-side historic structures provide an excellent setting for artists and photographers. Both are in the National Register of Historic Places. Guided tours of Bollinger Mill are given daily and include a demonstration of corn milling if water levels allow. 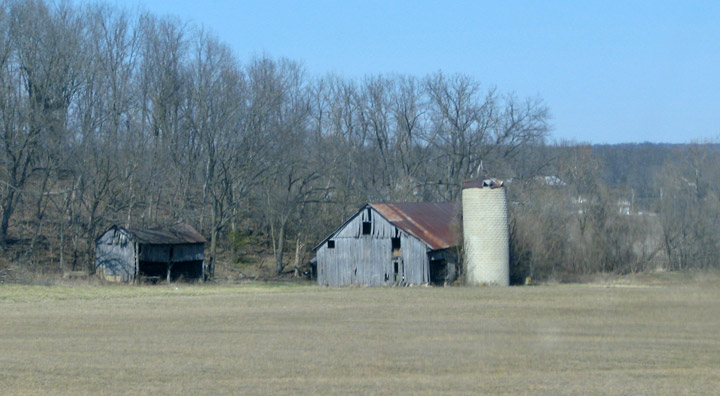