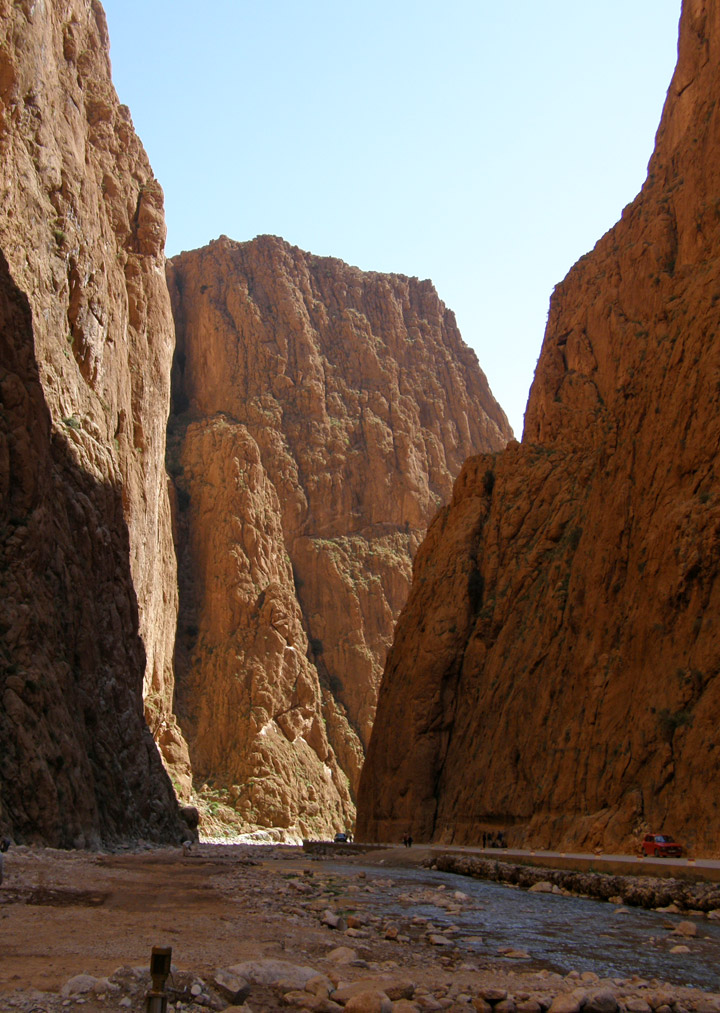 Todra Gorge (French: Gorges du Todra, Arabic: تدرة جورج) is situated on the remote east side of the High Atlas Mountains in Morocco. Both the Todra and neighbouring Dades Rivers have carved out cliff-sided canyons (Arabic: wadi) on their final 40km through the mountains. The final 600m of the Todra gorge are the most spectacular as the canyon narrows to a flat stony track as little as 10m wide in places with sheer and smooth rock walls up to 160m high on each side. The tiny glacier stream is something of a misfit and the river which once filled the gorge can only be imagined. It is easy to hike in the gorge - there is a well-maintained dirt road to walk along. The scenery is spectacular. Local people live in the area and can be seen with their small donkeys, or herding camels. 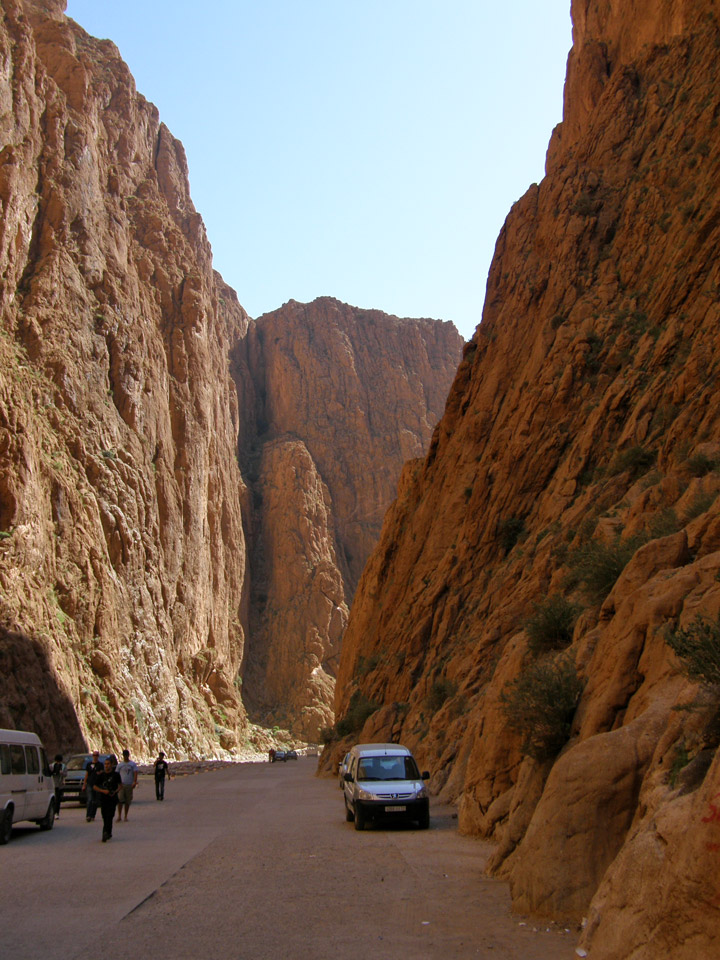 It is no longer as remote as it once was, there is a reasonably well-maintained asphalt road that leads up the valley from Tinerhir to the Gorge. A concrete road continues on, past the hotels at the mouth of the Gorge and up to the villages of Aït Hani, Tamtatouchte, and Imilchil. 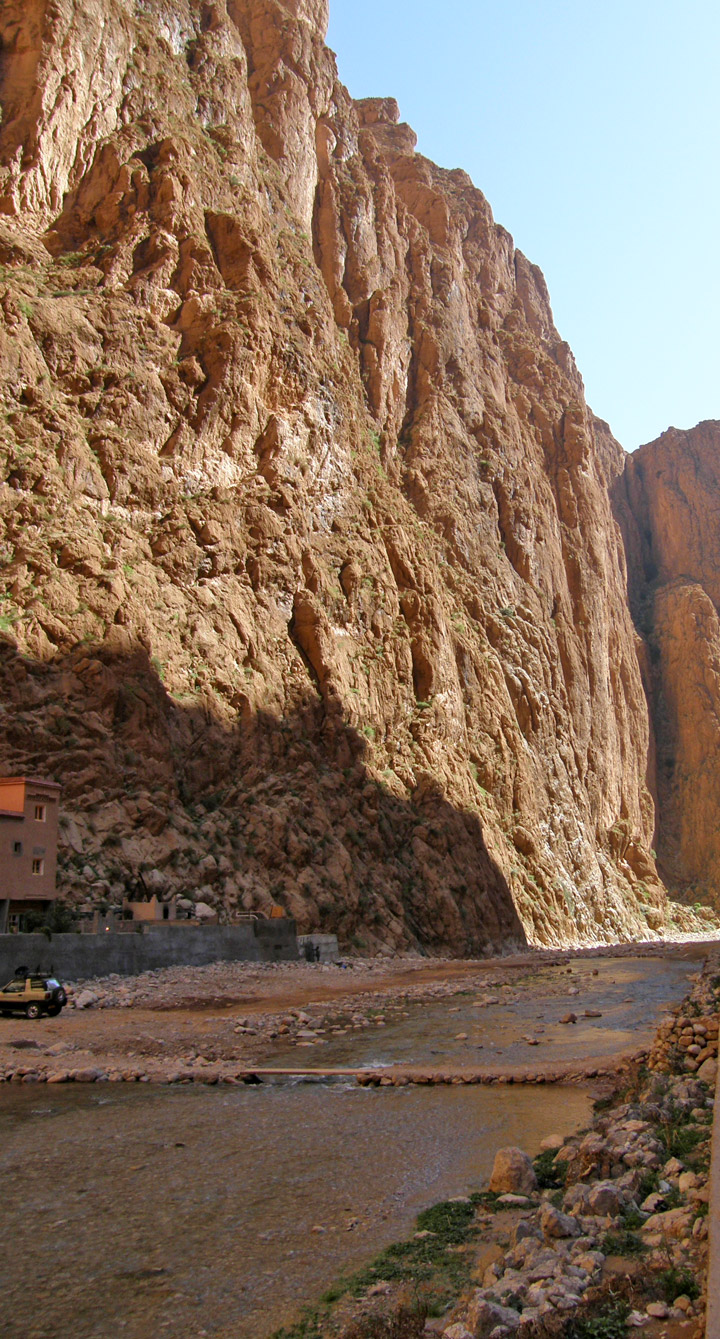 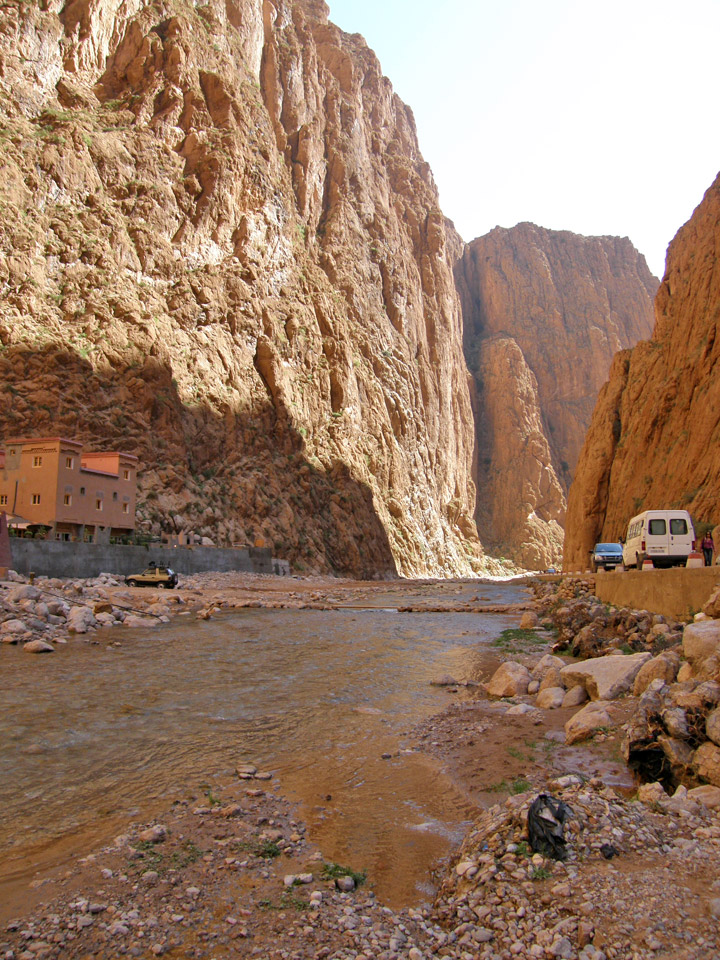 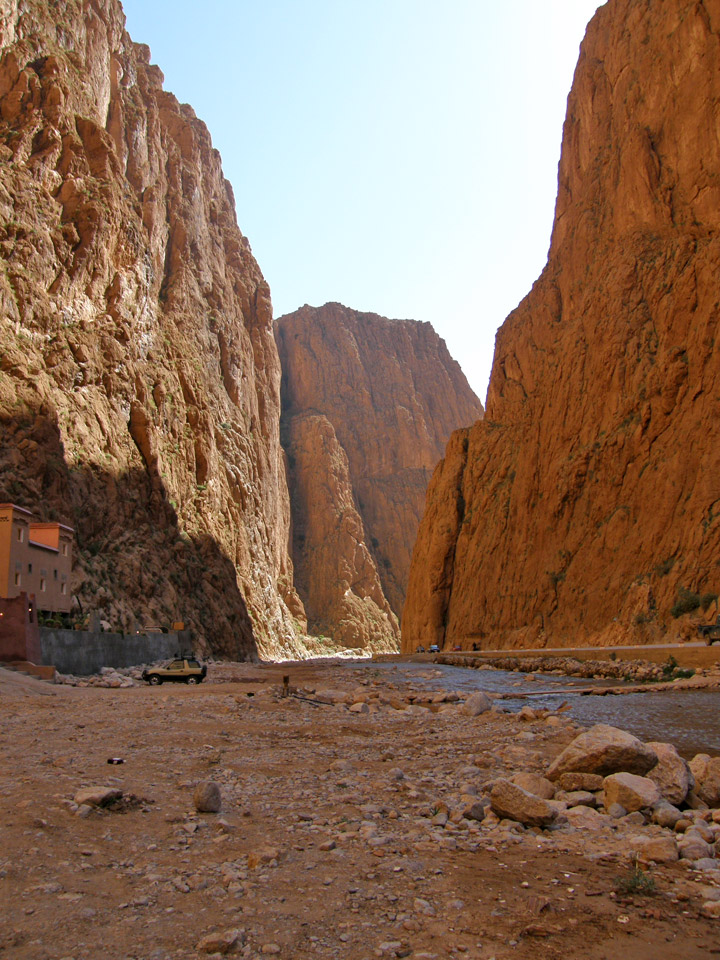 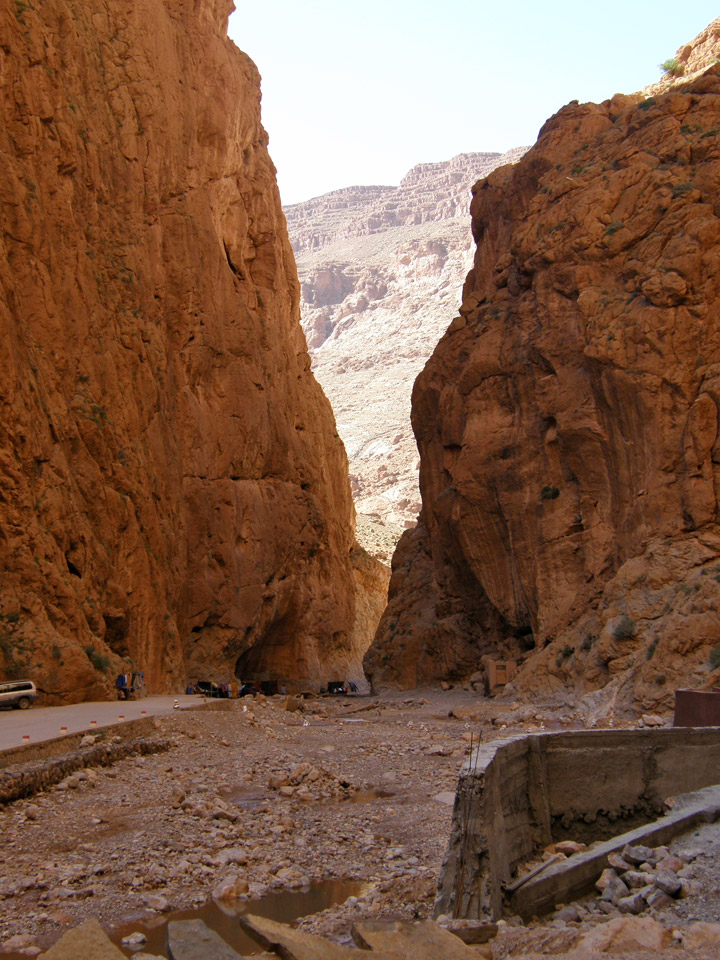 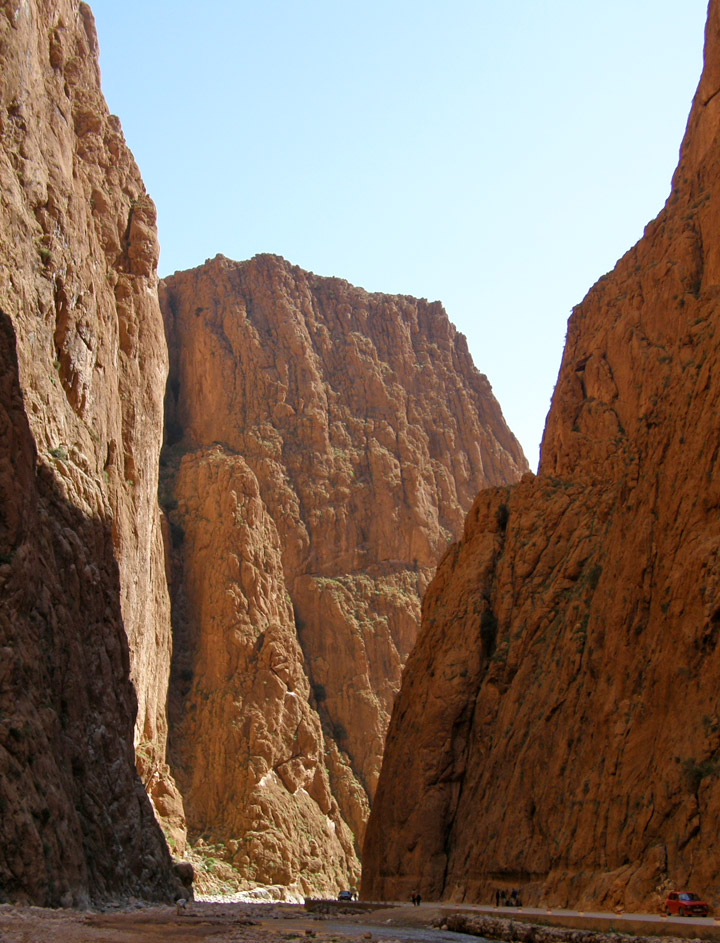 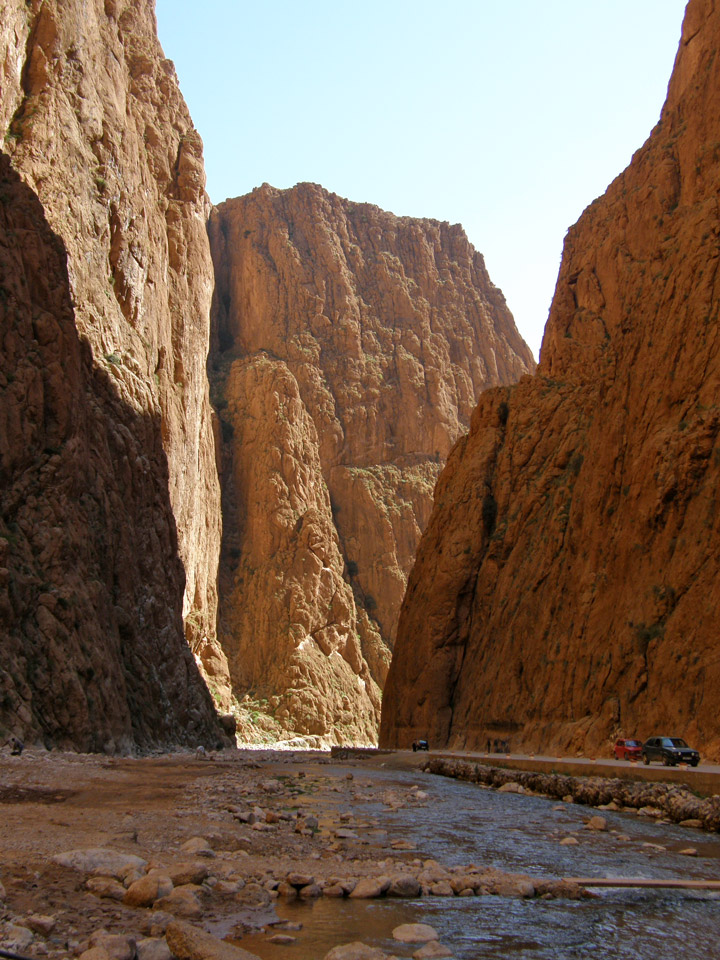 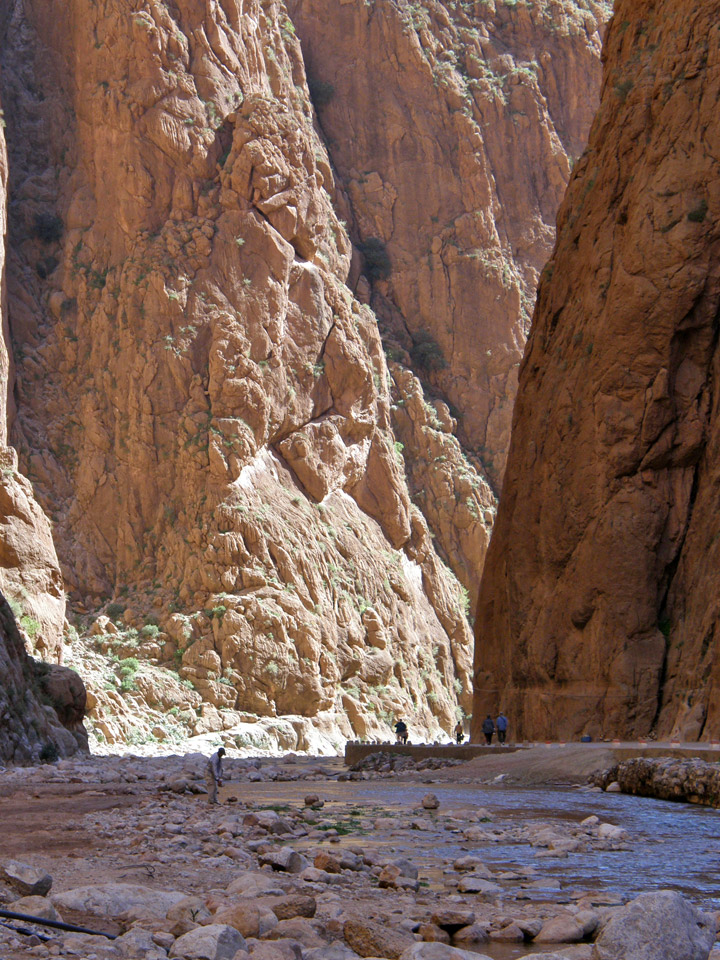 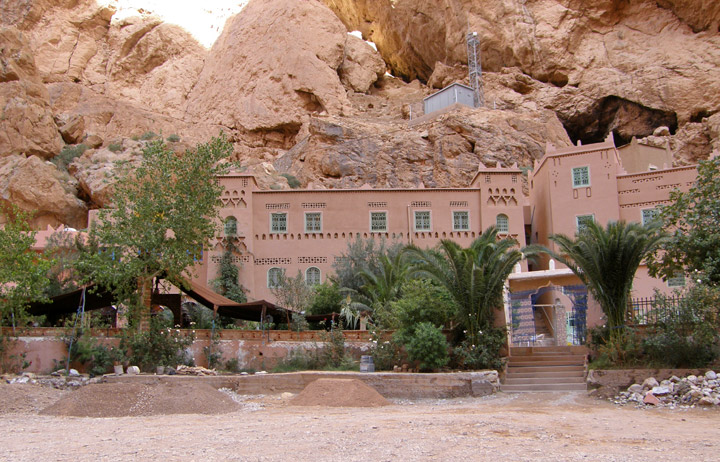 restaurant and hotel in the Gorge 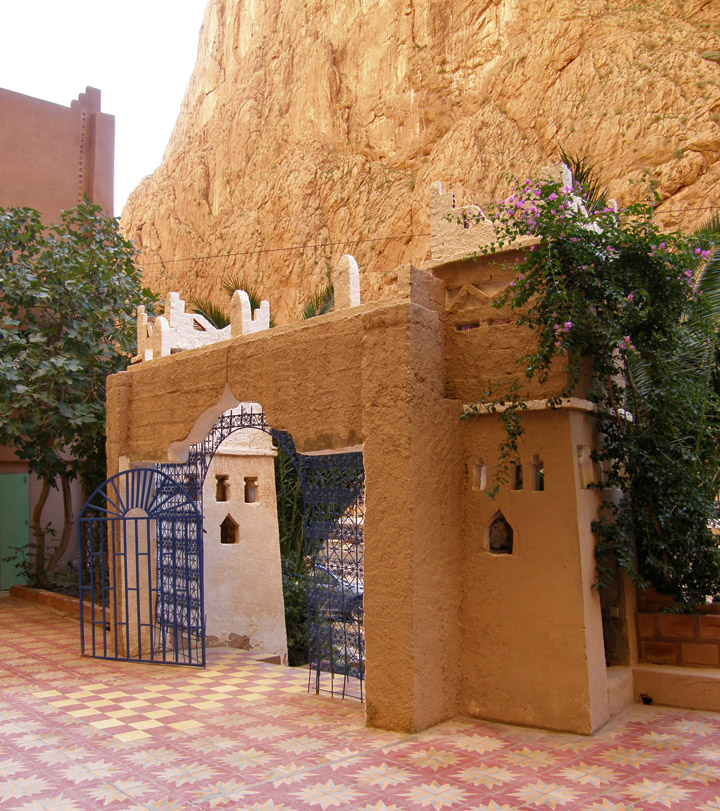 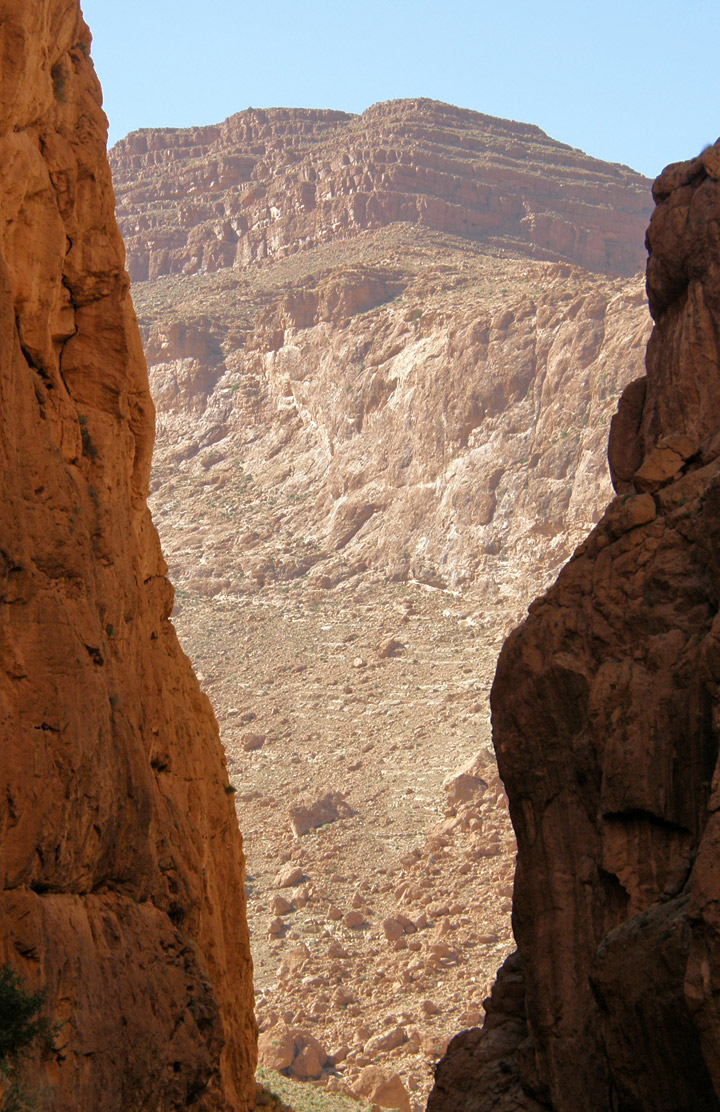 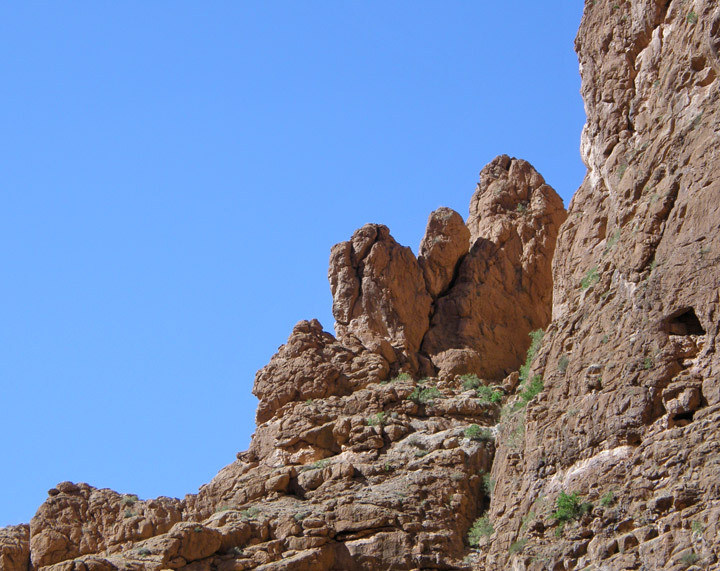 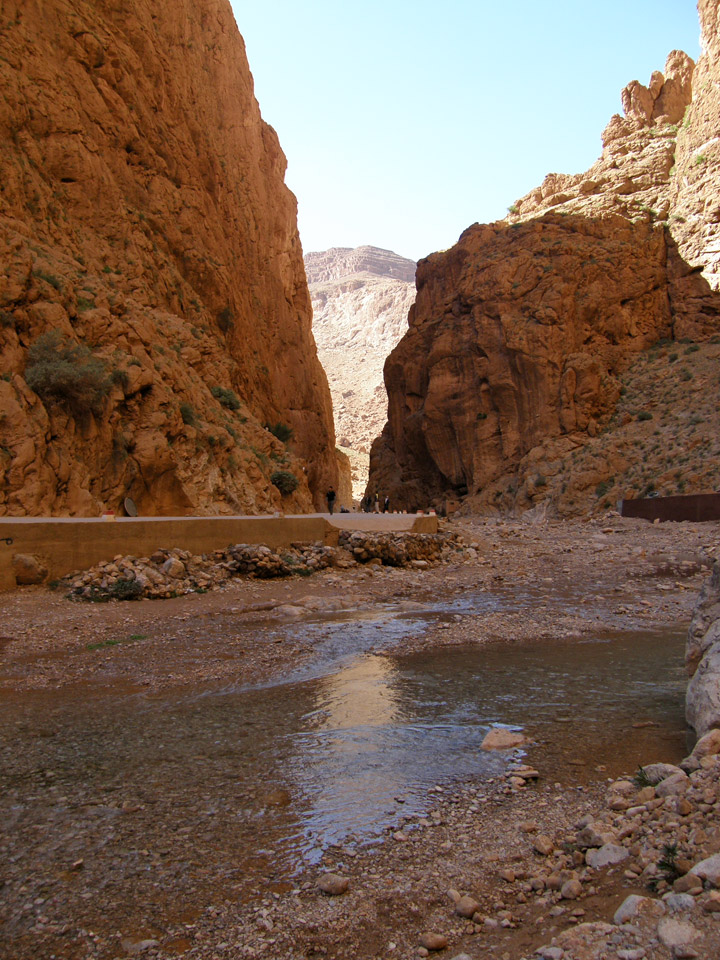 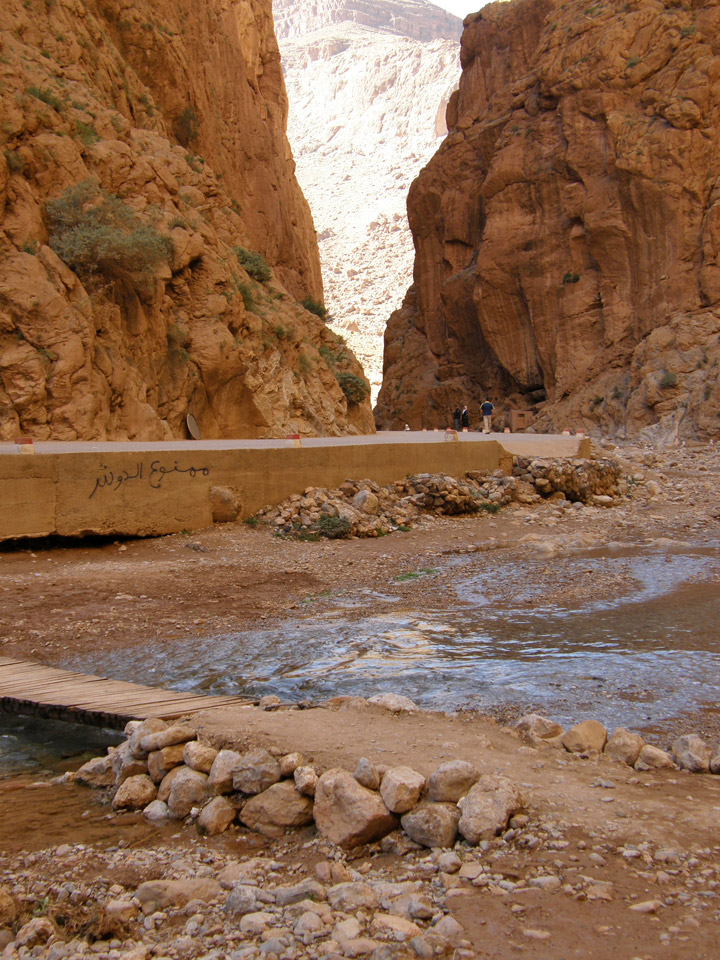