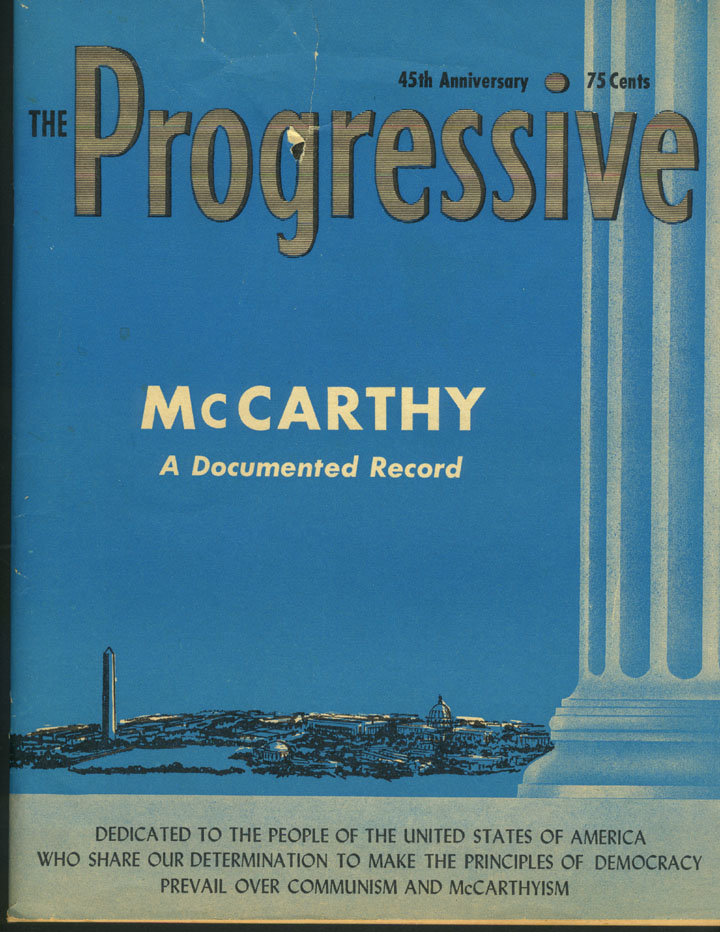 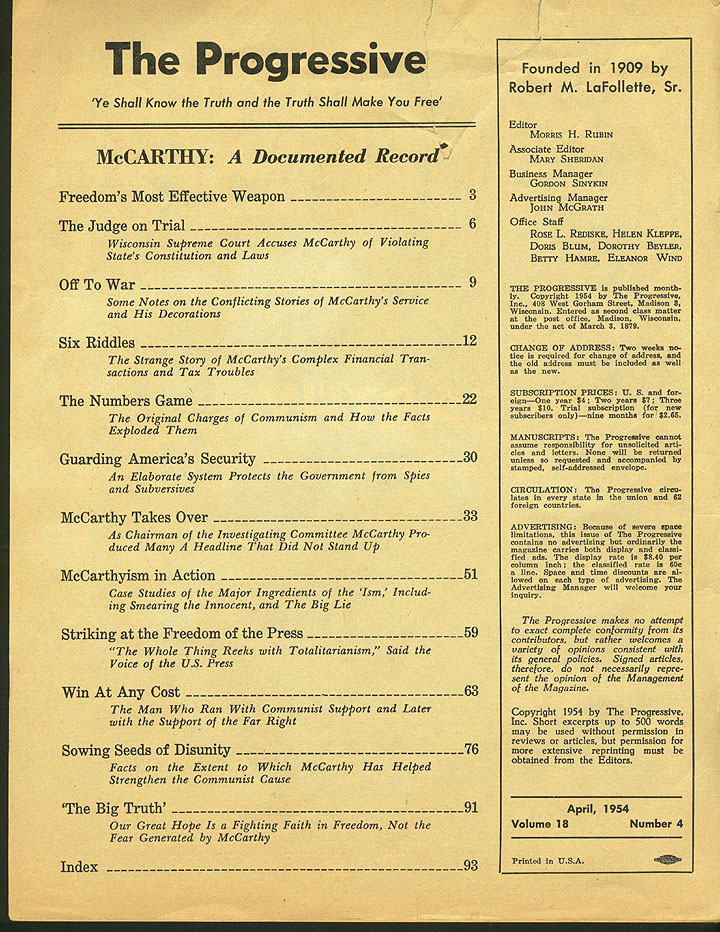 The McCarthy story as told in

during the McCarthy Era

The Original Charges of Communism and How the Facts Exploded Them

An Elaborate System Protects the Government from Spies and Subversives

Case Studies of the Major Ingredients of the ‘Ism,’ Including Smearing the Innocent, and The Big Lie

"The Whole Thing Reeks with Totalitarianism," Said the Voice of the U.S. Press

Our Great Hope Is a Fighting Faith in Freedom, Not the Fear Generated by McCarthy 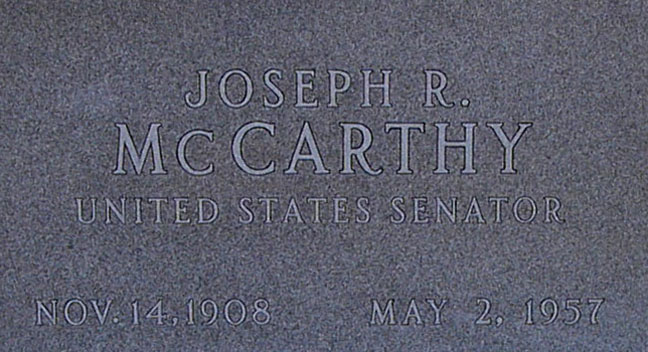