The Judge On Trial

IN ANY great controversy the character and credibility of the principal antagonists play a decisive part. The first portion of this study is devoted to an examination of McCarthy’s beginnings in public life. It is a story in which documented evidence shows that even in his first years in politics he was accused of unethical conduct, ran afoul of the highest legal and judicial agencies of his state, and was condemned by the Wisconsin Board of Bar Commissioners for a characteristic which was to become even more dominant in his career in the years to follow:

"Knowingly and willfully placing the gratification of his personal ambition above the interests of the public and the rights of litigants."

Following his graduation from the law school of Marquette University, Milwaukee, McCarthy began his legal career in Waupaca, Wis., in 1935. Less than a year later he left Waupaca to become associated in Shawano, Wis., with Mike Eberlein, a prominent Republican lawyer, although McCarthy had already identified himself as a Democrat.

This was the year the Democrats were riding high with the New Deal.

McCarthy decided to cling to his Democratic Party affiliations for a while. In August, 1936, he was elected president of the Young Democratic Clubs of Wisconsin’s Seventh District, which includes eleven counties. Shortly afterward he announced his candidacy for district attorney of Shawano County on the Democratic ticket. McCarthy was defeated, and thereafter never ran as a Democrat.

In 1939 McCarthy, aged 29, announced his candidacy for judge of the Tenth Judicial Circuit, which includes Shawano, Outagamie, and Langlade Counties. The announcement of his candidacy came as a staggering blow to his senior partner and benefactor, Mike Eberlein, who had had his heart set on running for the circuit judgeship in that district. Greatly saddened by the experience, Eberlein decided against running but announced that the young McCarthy and he were no longer associated in the practice of law. 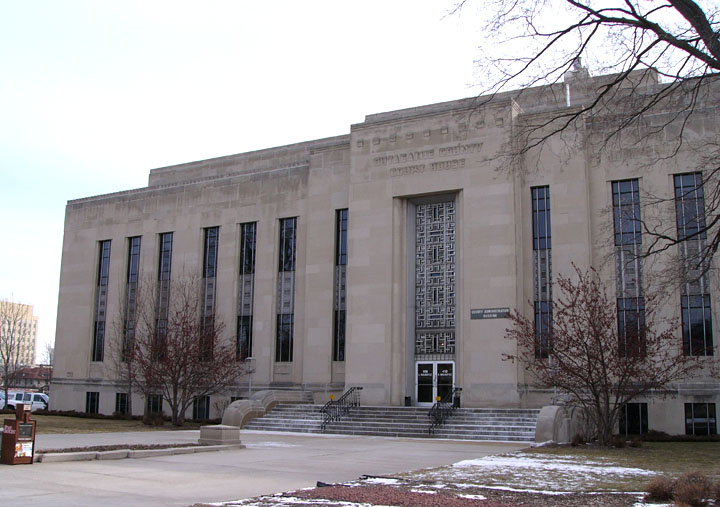 McCarthy won the election. He received 15,165 votes. The incumbent, Judge Edgar V. Werner, received 11,219 votes, and the third candidate got 9,949. Here is a description of McCarthy’s first successful race, published in

"He made few speeches, but he met every farmer in the district. His specialty was sick cows. He would get the cow’s symptoms, drive on to the next farm and ask the farmer what he would do for a cow with those symptoms. He kept a dictaphone in his car, and as he drove away he would dictate a letter to the first farmer, giving the second farmer’s advice as Joe’s own. Both farmers would be flattered by this attention."

Justice Rosenberry said that McCarthy had committed an "abuse of judicial power," had been "highly improper" in ordering the destruction of a portion of the record, and had, in general, created a "regrettable state of affairs."

This sharp denunciation of Judge McCarthy resulted from a case in which the State Department of Agriculture had asked the court Nov. 4, 1940, to force the Quaker Dairy of Appleton to obey the state marketing law. Although the law was not to expire until Dec. 31, 1941, Judge McCarthy dismissed the case in June, 1941, after a number of postponements.

The State appealed to the Supreme Court, where it was quickly discovered that an important statement made by McCarthy in dismissing the action was missing. Judge McCarthy explained he had ordered the statements destroyed by the court reporter.

"We are cited no authority and we find none which justifies a court in suspending the operation of a statute on the ground that it will work a hardship if it is enforced," the Court said.

"It must be concluded that the grounds upon which the trial court [McCarthy] acted did not constitute a sufficient or proper legal reason therefore and that this action constituted an abuse of judicial power."

Moreover, the Court found, "a judicial officer is required to administer the law without respect to persons so long as it is enforced. Any other course would constitute an infringement upon the powers and functions of the legislature, interfere with the operation of agencies . . . and result in advantage to persons who disobey the law."

The Court sharply criticized McCarthy for having ordered the destruction of notes he had dictated during the case—notes on which he had based his "improper" ruling.

"Ordering destruction of these notes was highly improper," the Court said. ". . . We can only say that if it were necessary to a decision, the destruction of evidence under these circumstances could only be open to the inference that the evidence destroyed contained statements of fact contrary to the position taken by the person [McCarthy] destroying the evidence." 238 Wis, 258

lic denunciation of McCarthy during his career as a judge, as the report below of the case State of Wisconsin v. Joseph R. McCarthy makes clear.

Meanwhile, when McCarthy returned from his wartime service (See Pages 9-11) he early decided to build a political machine around the Young Republicans of the state. At about this time, McCarthy, the judicial records of Wisconsin show, began to grant "quickie" divorces to couples not resident in his judicial district. The records show that in several cases one of the principals, or the attorney, or both were active in supporting McCarthy’s political ambitions, sometimes with cash.

McCarthy’s granting of "quickie" divorces to political friends and supporters created a considerable stir in the state. Said the independent Milwaukee Journal, largest daily in Wisconsin:

"Is Wisconsin justice to be used to accommodate political supporters of a presiding judge? Are Wisconsin courts the place in which to settle political debts?"

The editorial concluded that "Judge McCarthy, whose burning ambition for political advancement is accompanied by an astonishing disregard for things ethical and traditional, is doing serious injury to the judiciary of this state."

But the most severe attack on McCarthy's legal and judicial ethics came as a result of his decision to run for the U.S. Senate in 1946 while still sitting as a circuit judge.

The basic law of Wisconsin, the State Constitution, which McCarthy swore to support, is clear in its attempt to keep judges out of partisan politics. Section 10, Article VII, of the Wisconsin Constitution reads:

McCarthy’s term as Circuit Judge did not end until December, 1951. He ran for Senator in 1946—five years before his judicial term was to expire.

While the campaign was in progress, the Wisconsin Supreme Court was asked to bar McCarthy from the ballot because of the Wisconsin constitutional ban on judges running for political office during their term on the bench.

The Wisconsin Supreme Court concluded, however, that it had no jurisdiction in this case because it was a federal office that McCarthy was seeking in running for U.S. Senator. The Supreme Court made it clear, however, that if McCarthy were runing for governor or another state office, his votes would have been thrown out and his candidacy disqualified.

The unprecedented petition by the official state agency in this case which became known as State of Wisconsin v. Joseph R. McCarthy, had this to say:

"It is difficult to conceive of any conduct upon the part of a presiding judge which would bring judges into greater disrepute and contempt than the conduct of the defendant [McCarthy] challenged in this proceeding.

"The defendant [McCarthy], by his conduct, chose to defy the rules of ethical conduct prescribed by the Constitution, the laws of the State of Wisconsin, and the members of the profession in order to attain a selfish personal advantage.

"The gratification of his ambition was in defiance of the declared policy and laws of Wisconsin. .

Continuing, the State Board of Bar Commissioners said:

"The breach of official trust and obligation is as great when applied to a candidate for the office of United States Senator as it would be if applied to one for governor of the state.

"In either situation, to have a judge passing upon the rights of litigants appearing before him and using his judicial position and power to influence votes for his candidacy and others of his political party, constituted a violation of the State Constitution and state laws and was in direct conflict with the duties and obligations of the trust which he assumed by his Oath of Office." (Italics ours.)

After studying the petition of the State Board of Bar Commissioners and McCarthy’s reply, the Wisconsin Supreme Court, although deciding against disciplinary action, made this judgment of McCarthy’s conduct:

"Under the facts of this case we can reach no other conclusion than that the defendant [McCarthy], by accepting and holding the office of United States Senator during the term for which he was elected Circuit Judge, did so in violation of the terms of the Constitution and laws of the State of Wisconsin, and in so doing violated his oath as a Circuit Judge and as an attorney of law."

McCarthy angrily demanded the resignation of the entire Board of Bar Commissioners because it dared to petition the Supreme Court for disciplinary action, but no one took this seriously. The branding of McCarthy as a lawbreaker and mocker of the Constitution he had sworn to uphold was the last official mark on McCarthy’s career in Wisconsin as he moved on to the U.S. Senate. Before we turn to a study of McCarthy’s career in the Senate we pause to examine briefly the story of his wartime service in the Marines.

Return to Magazine Table of Contents