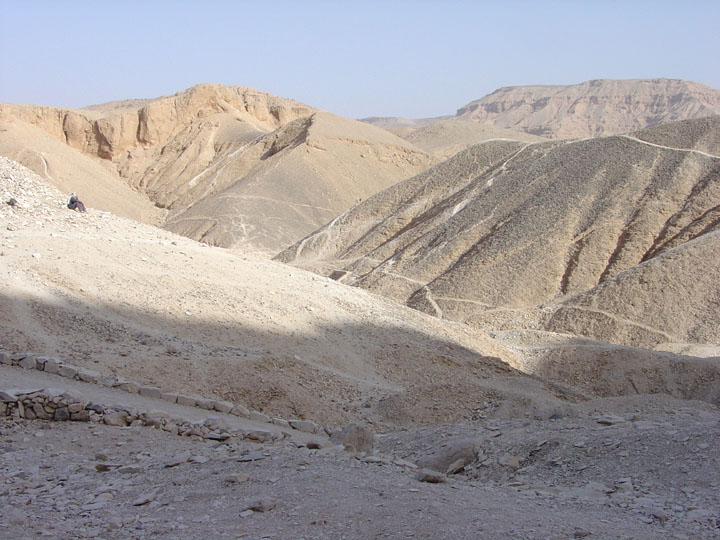 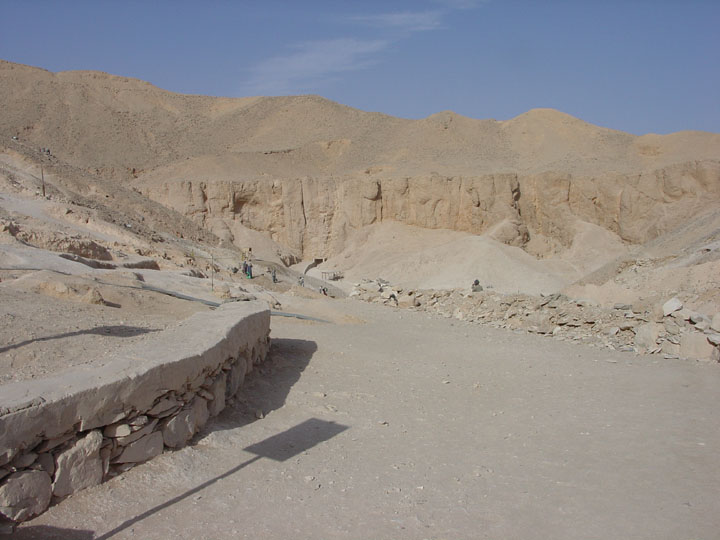 high in the Eastern valley 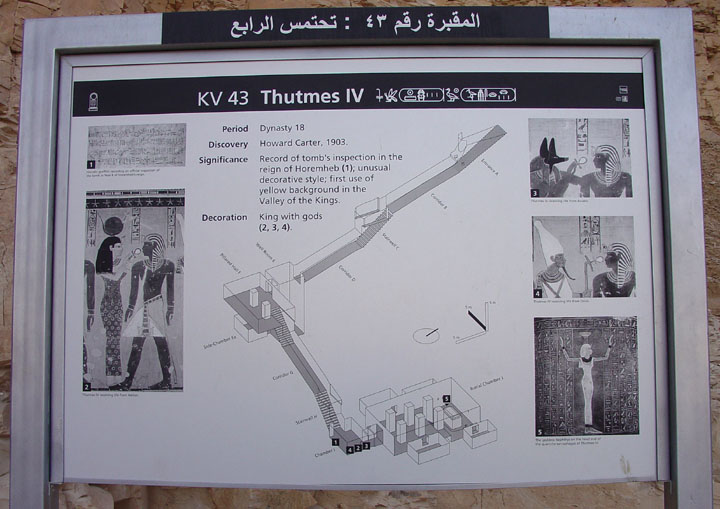 One of the largest and deepest tombs constructed during the 18th dynasty. Discovered in 1903 by Howard Carter (who less than 20 years later would find the tomb of Tuthmosis IV’s great-grandson Tutankhamun), it is above the Tomb of Monthuhirkhopshef and accessed by a separate path (though the guardians will probably show you a short cut up the hill). Two long flights of steps lead down and around to the burial chamber where there’s an enormous sarcophagus covered in hieroglyphs. Most of the walls in this tomb were never finished. There are two well-preserved painted sections where various gods, such as Osiris and Hathor (in beautifully decorated dresses), are shown presenting the pharaoh with the key of life. 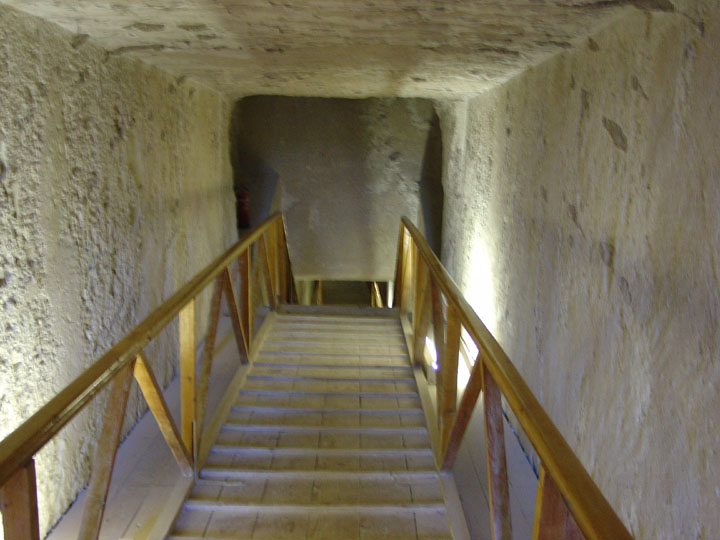 down the deep passage 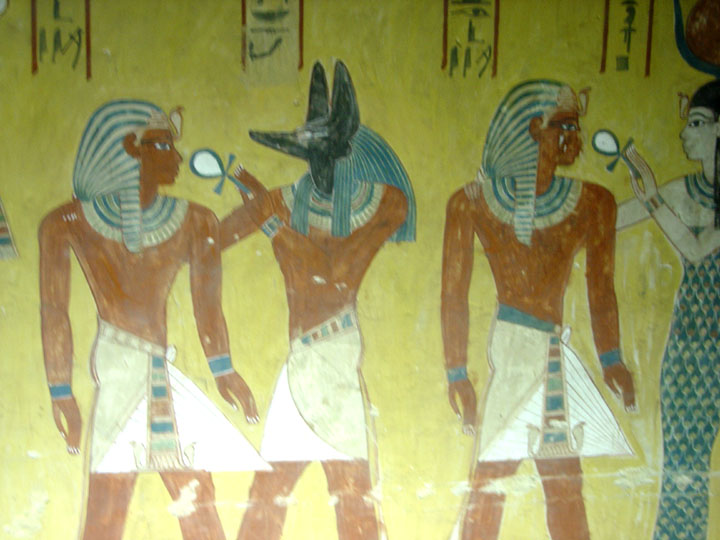 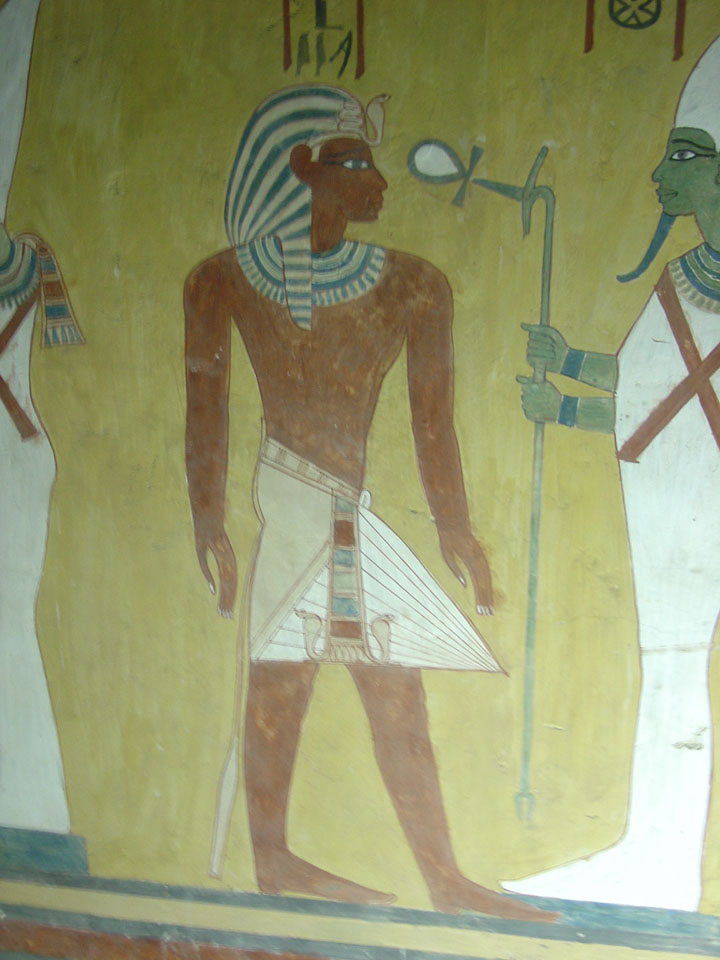 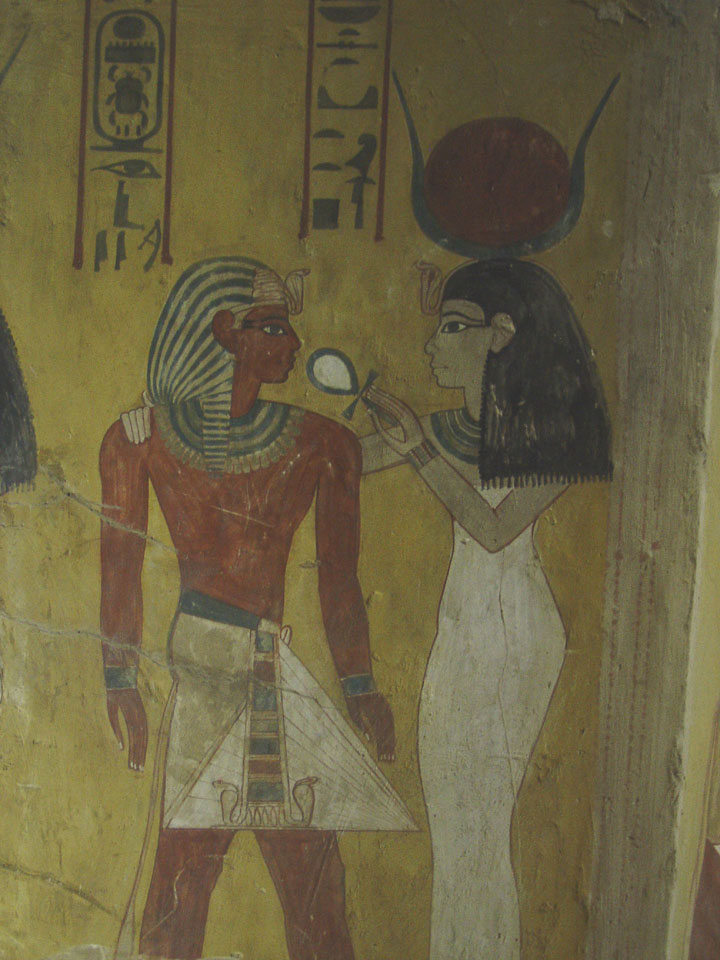 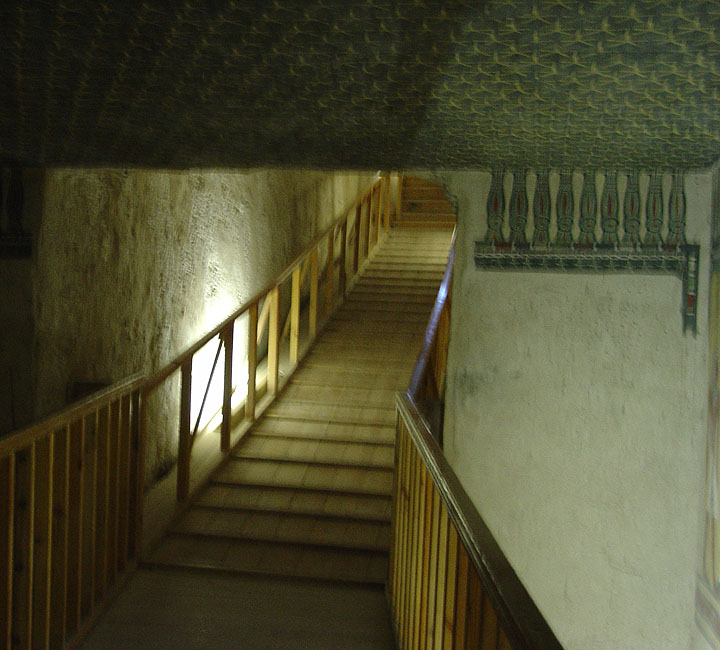 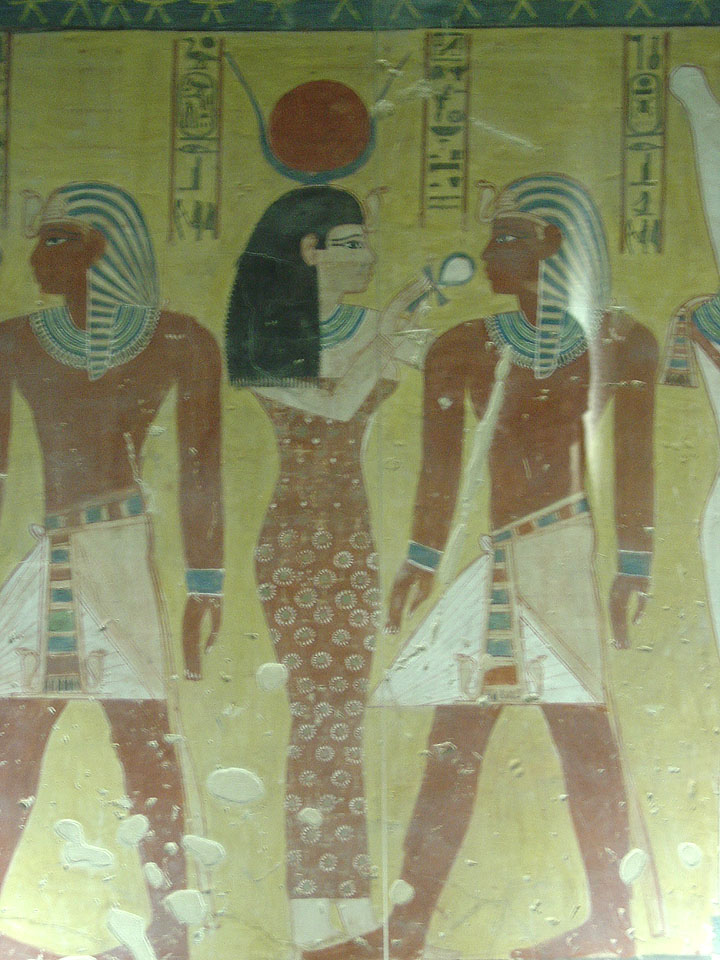 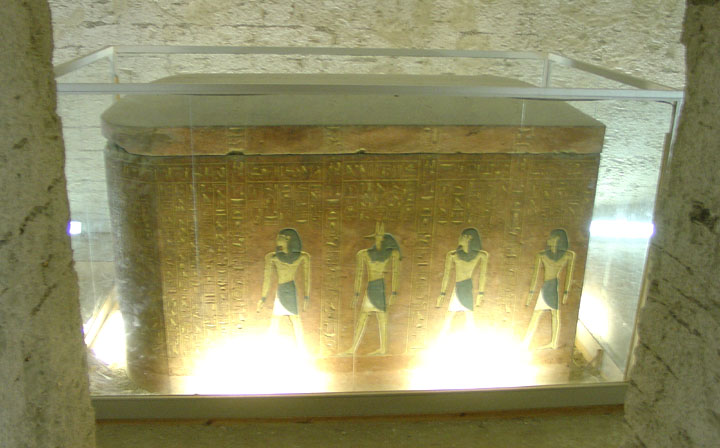 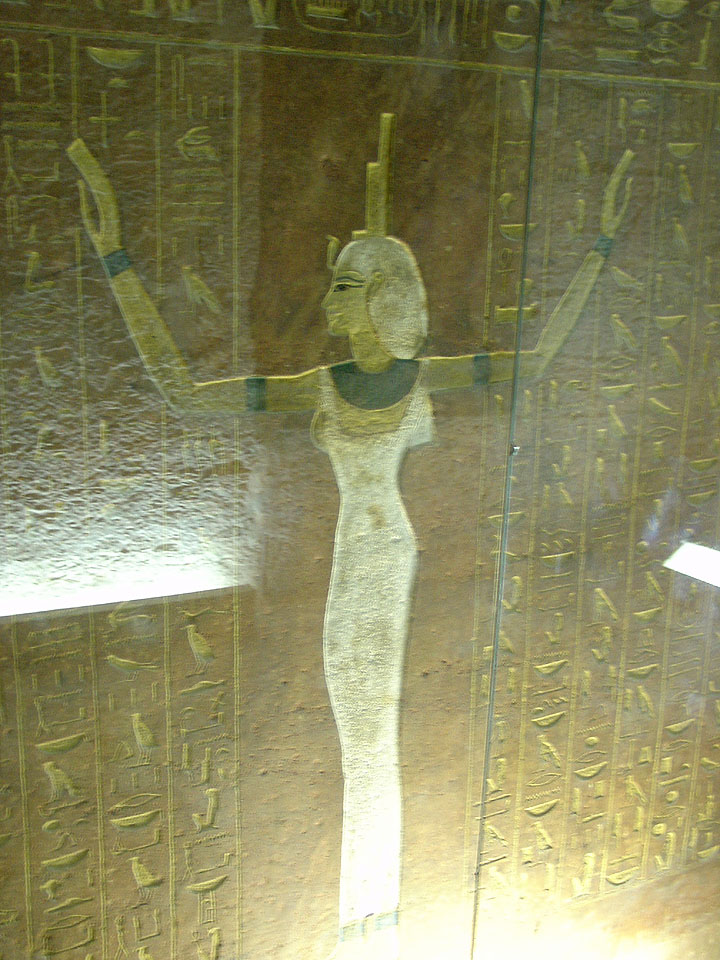 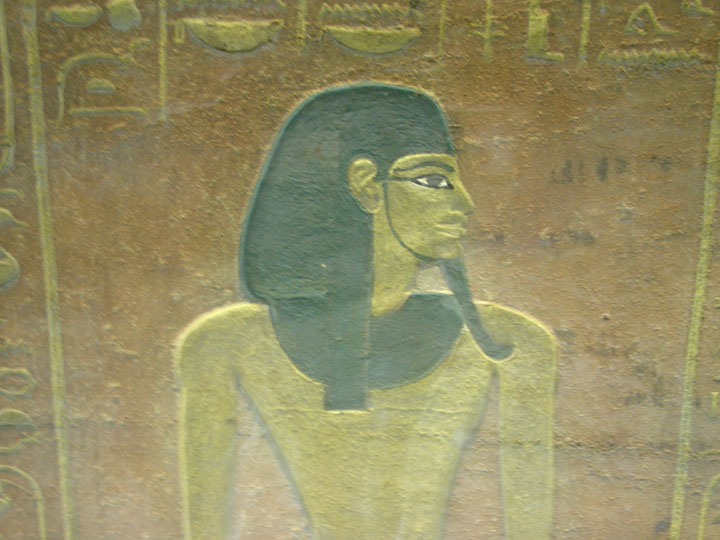 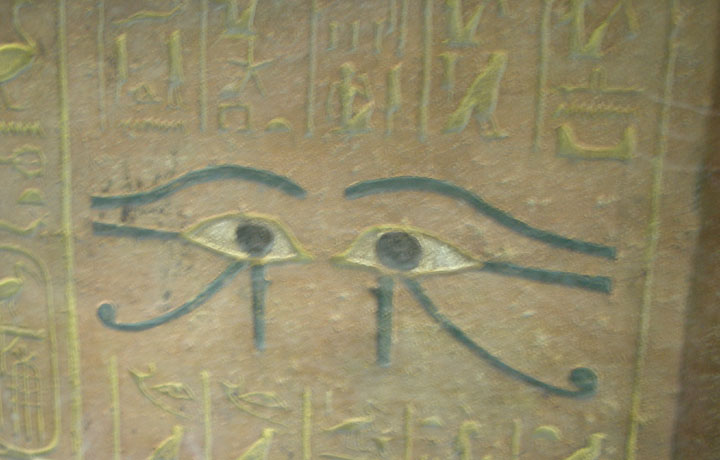 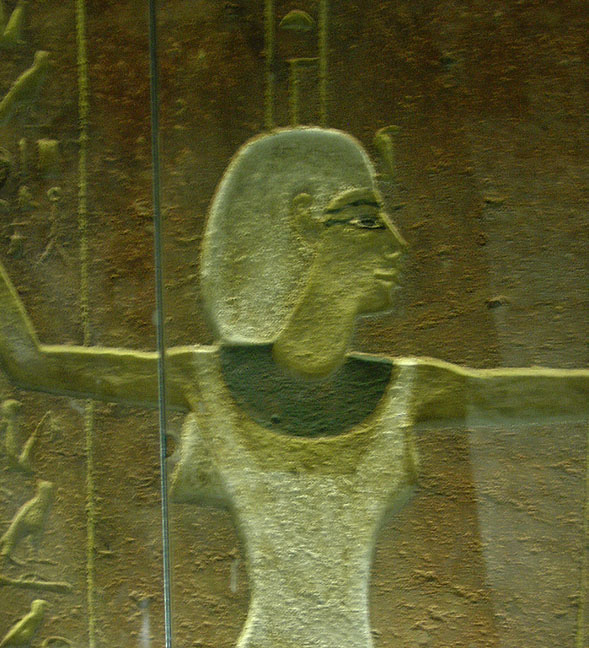 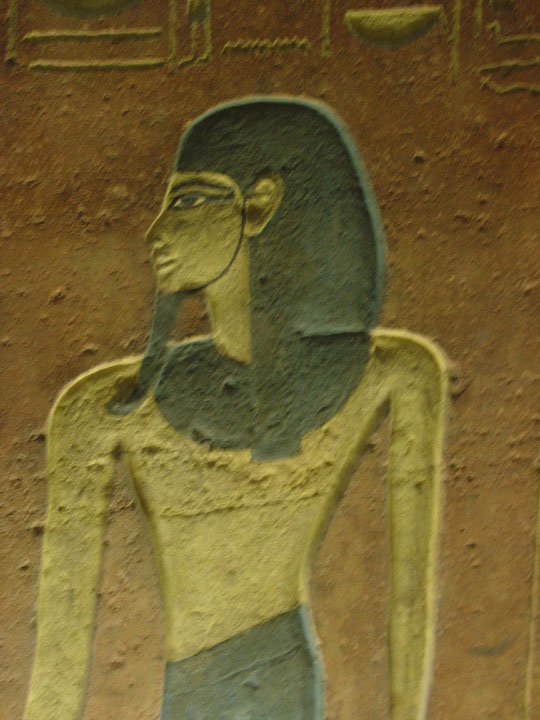 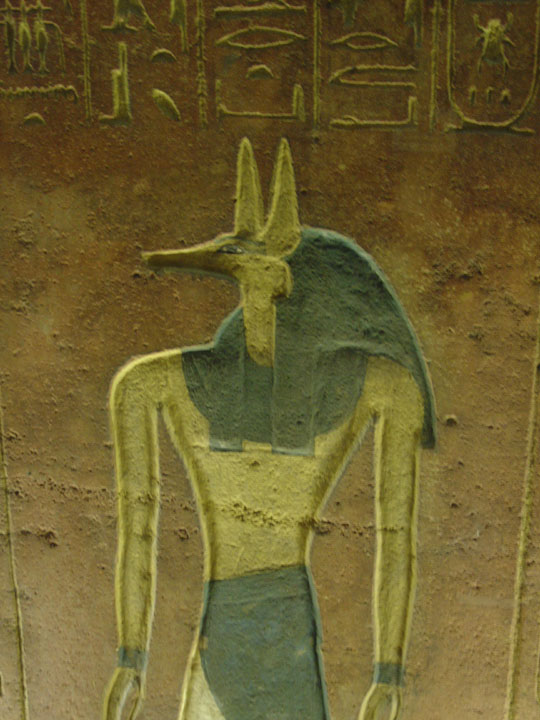 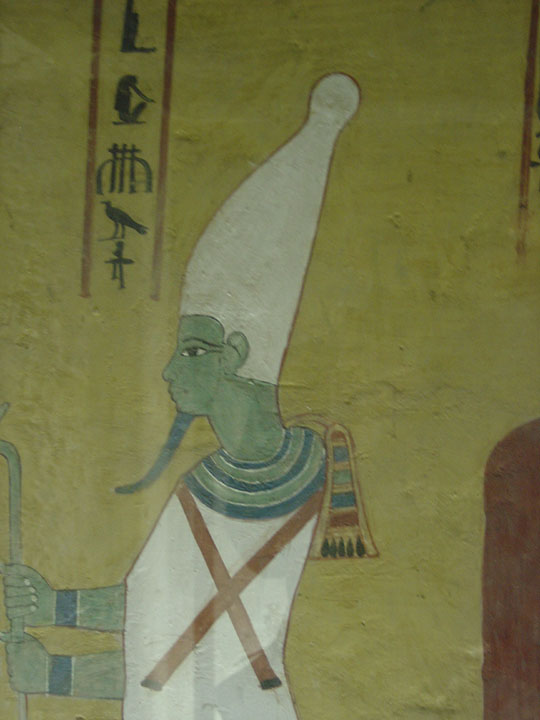 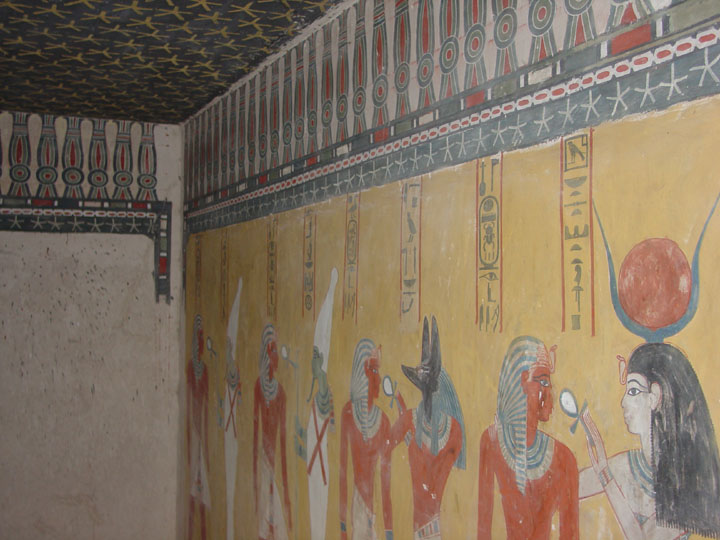 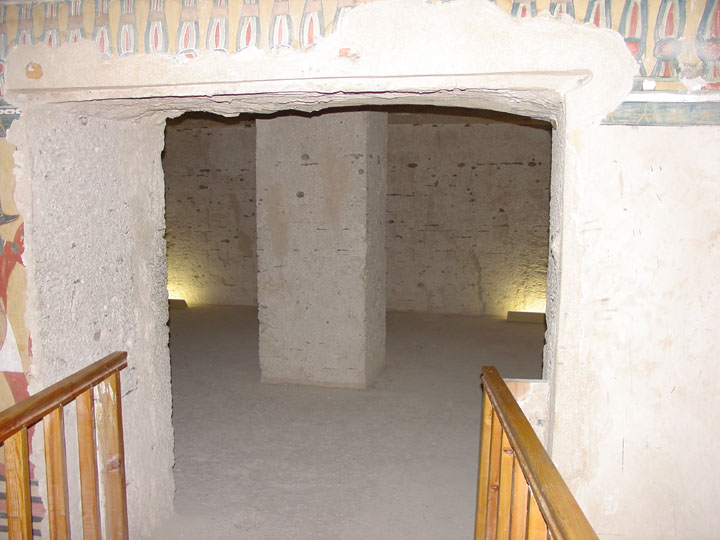 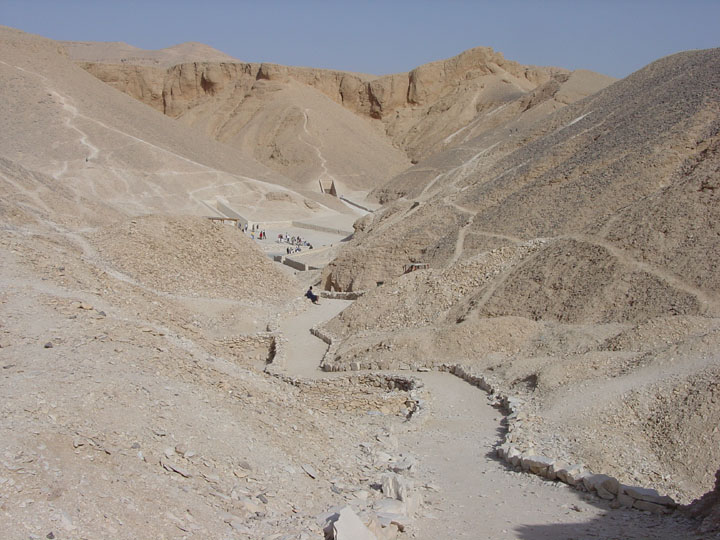 looking down the valley