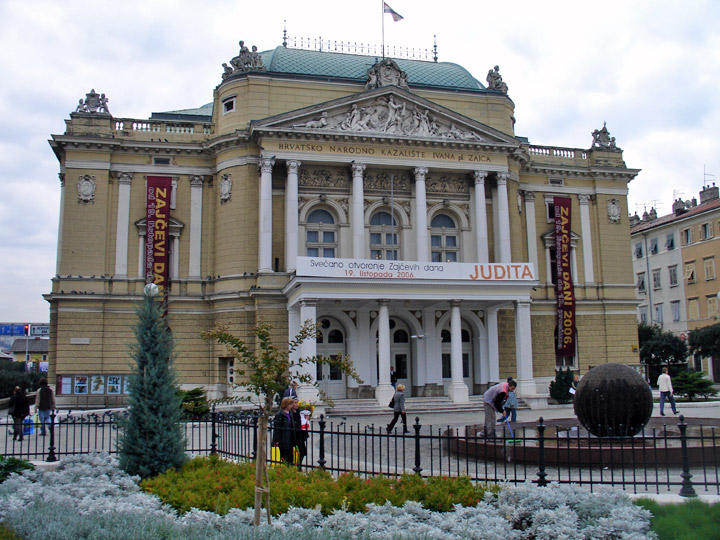 The building housing the Croatian National Theatre is as much a national treasure as the world-class dramatic, opera, music and ballet productions that take place on its stage. Construction began on the theatre building in 1894. Croatian painter Vlaho Bukovac painted the ceremonial curtain while Viennese artist Alexander Goltz decorated the ceiling of the auditorium. The building was officially opened by Austro-Hungarian emperor Franz-Joseph I at the end of 1895. The theatre is constantly busy with full performing arts programmes. 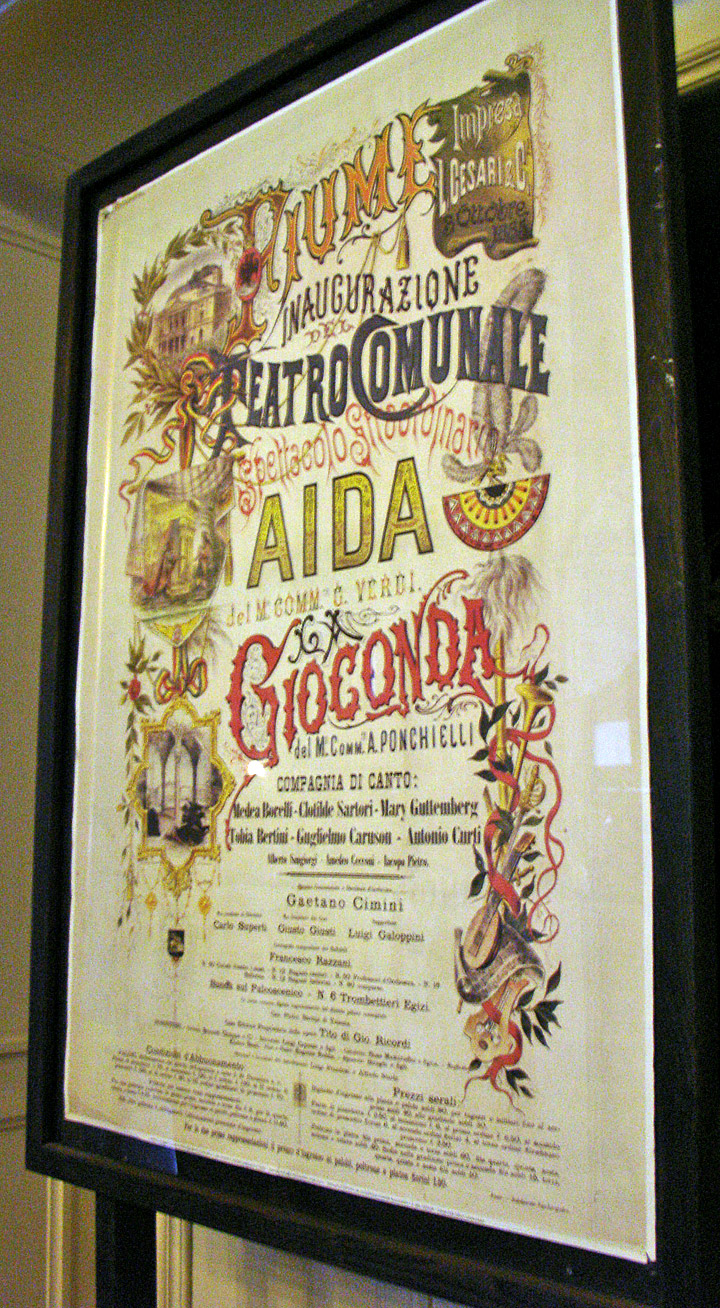 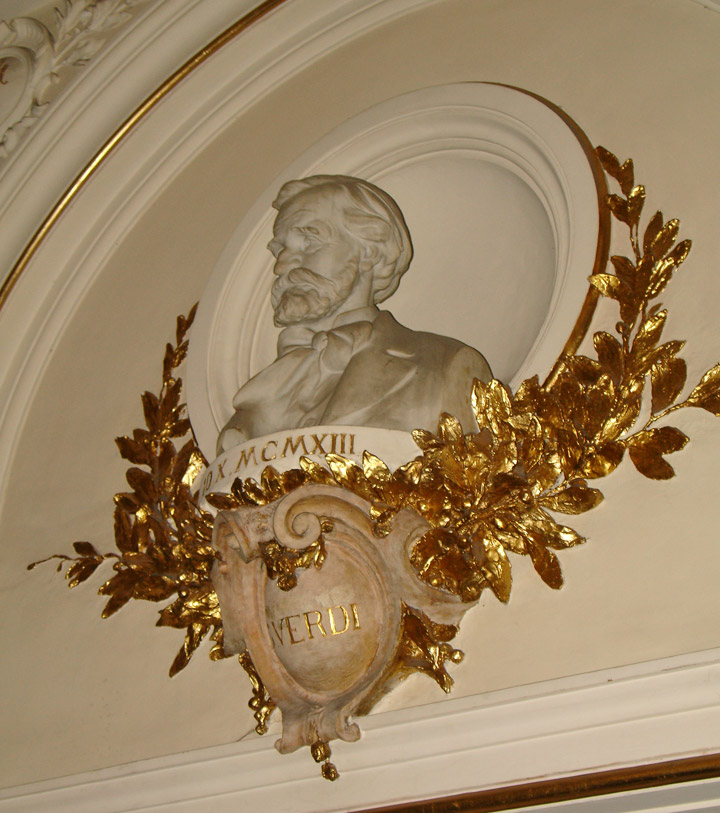 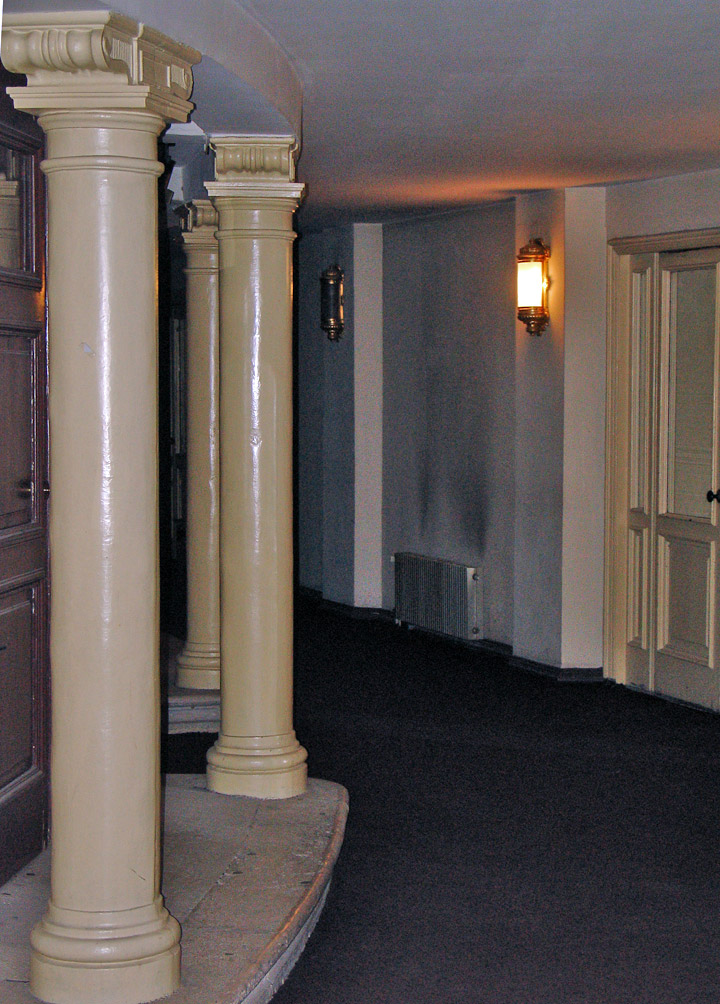 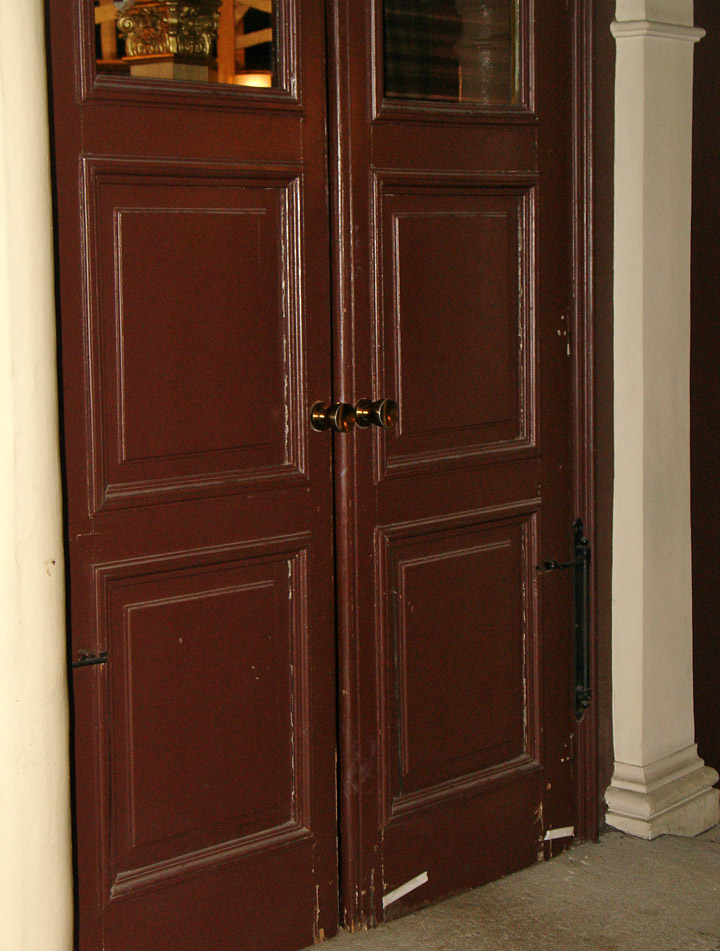 door to a theatre box 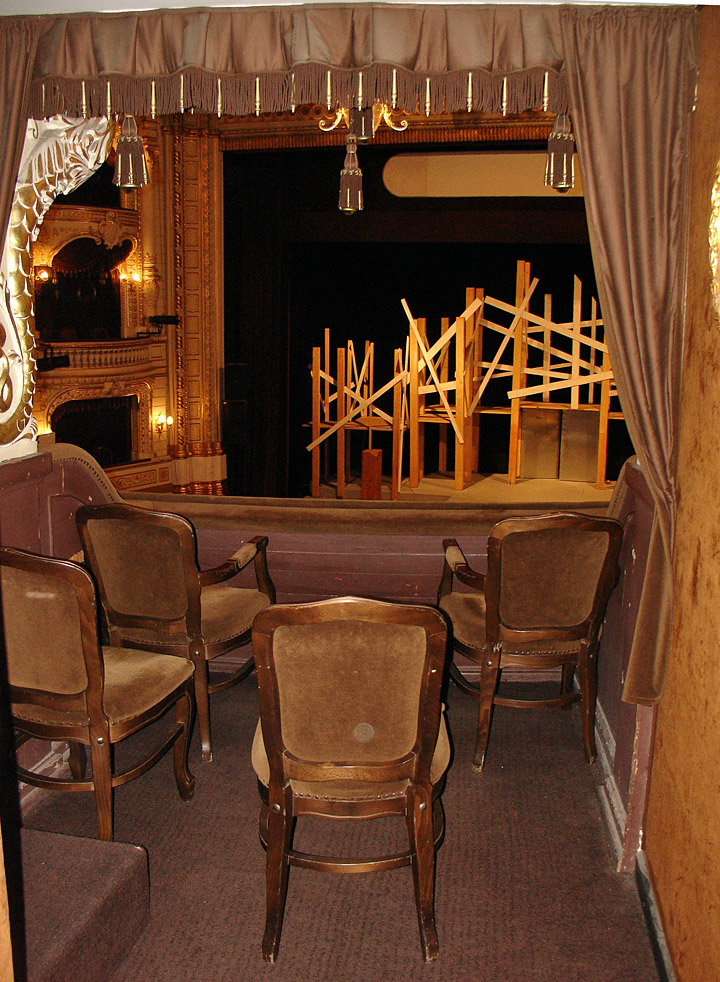 stage as seen from the box 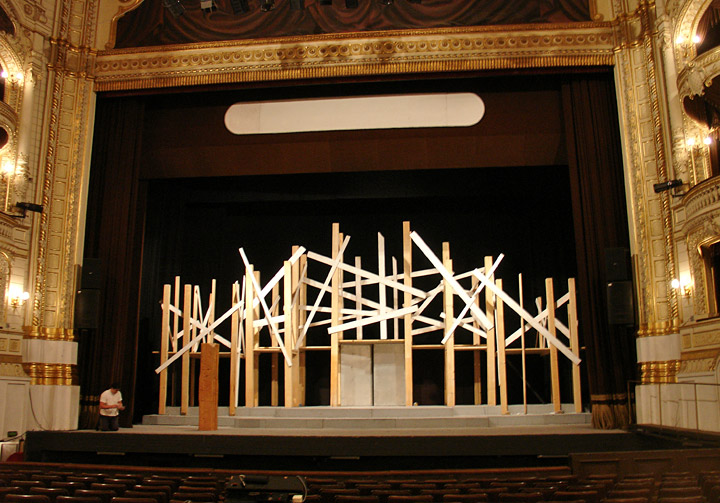 stage set for a new production 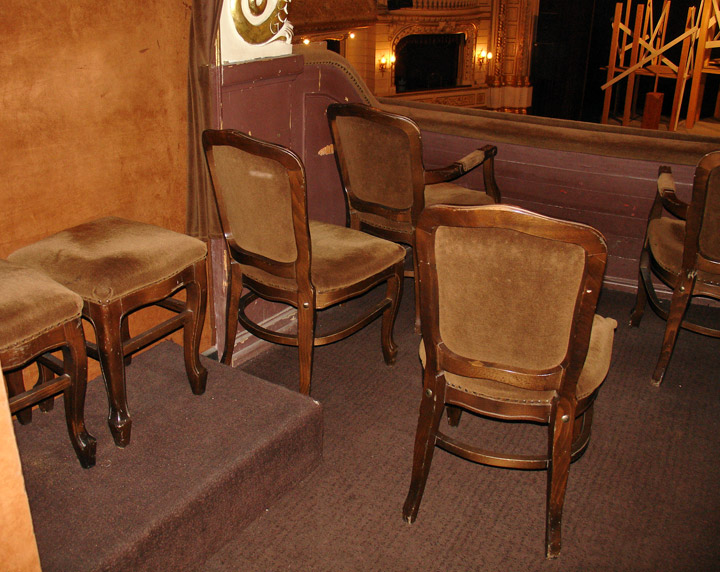 stools in the back of the box are for the servants 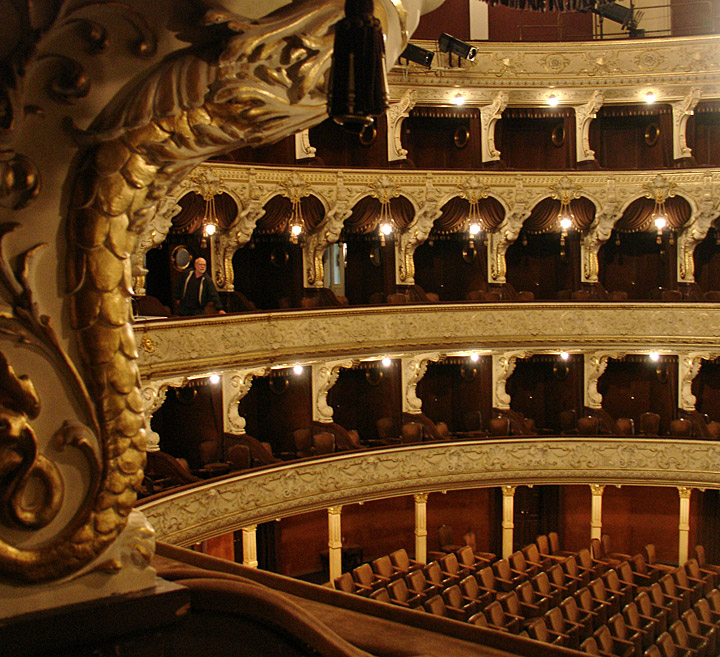 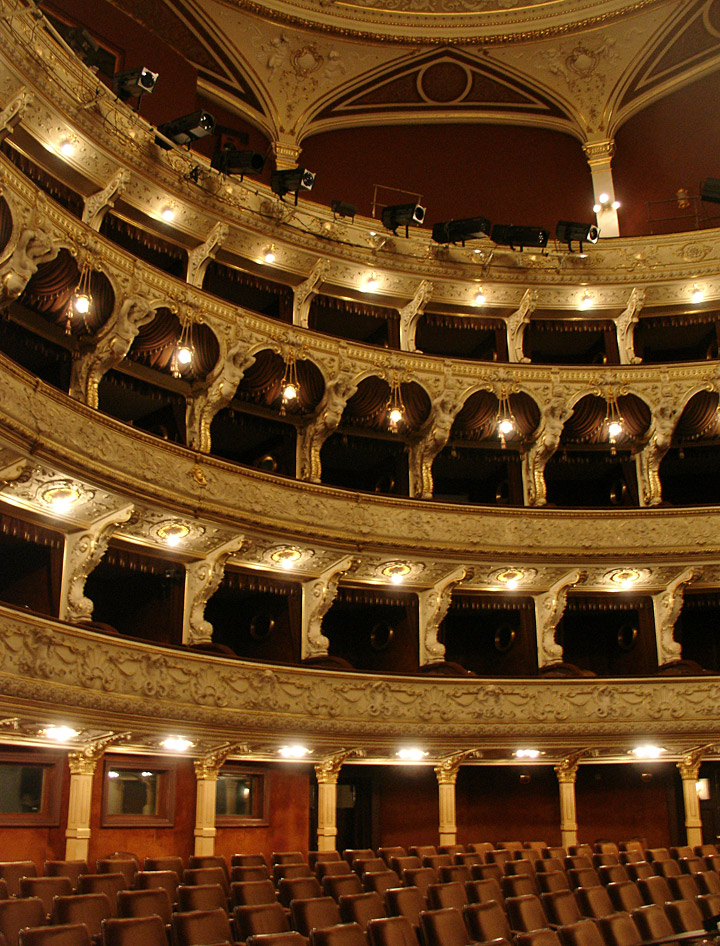 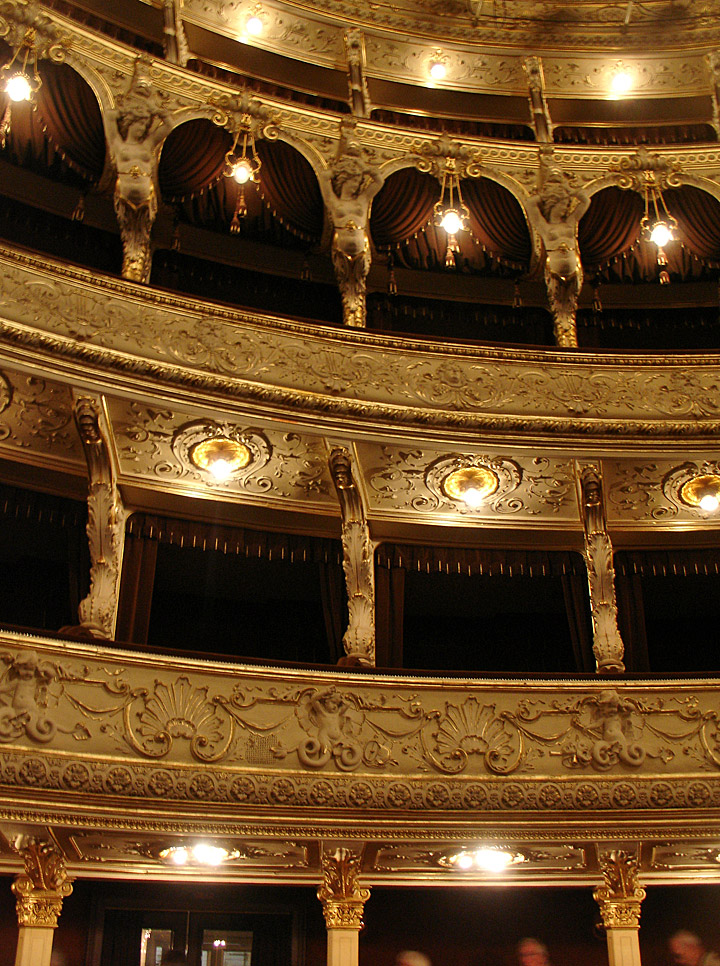 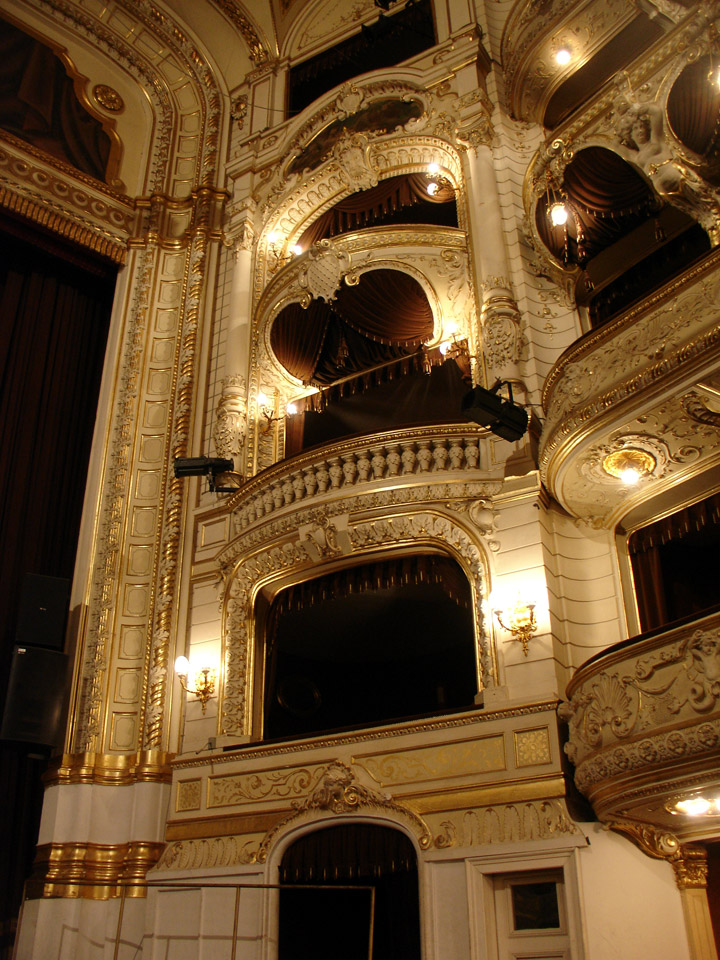 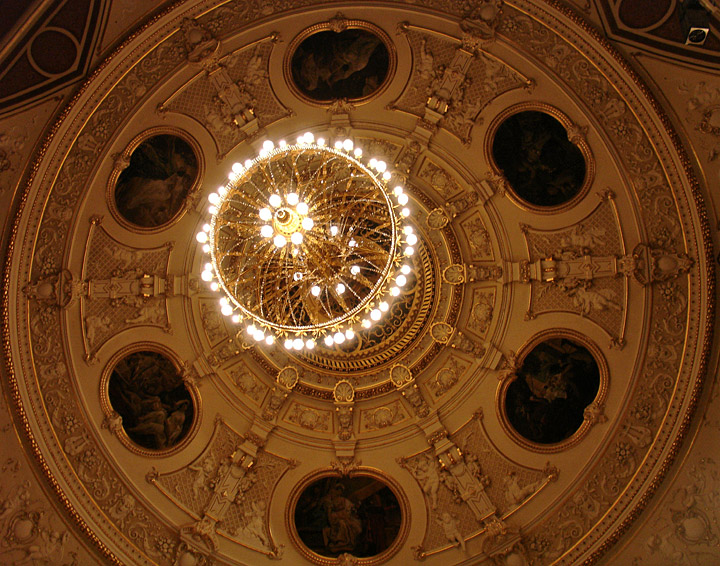 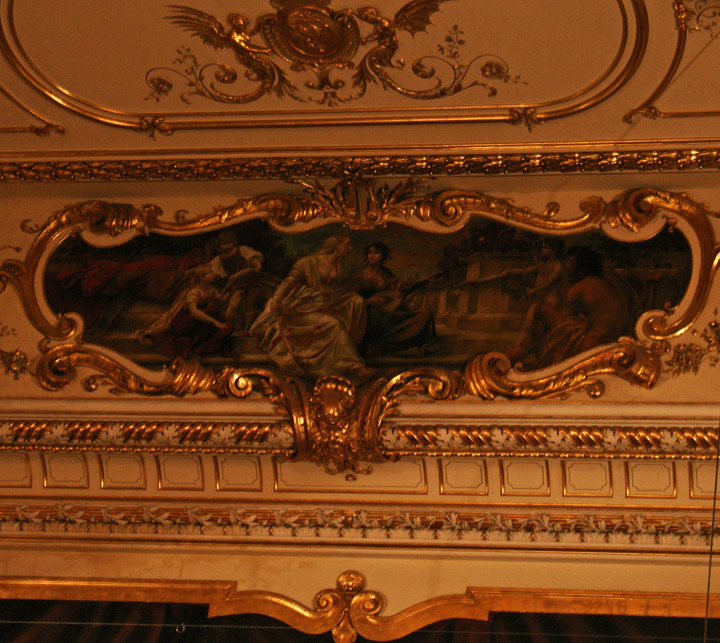 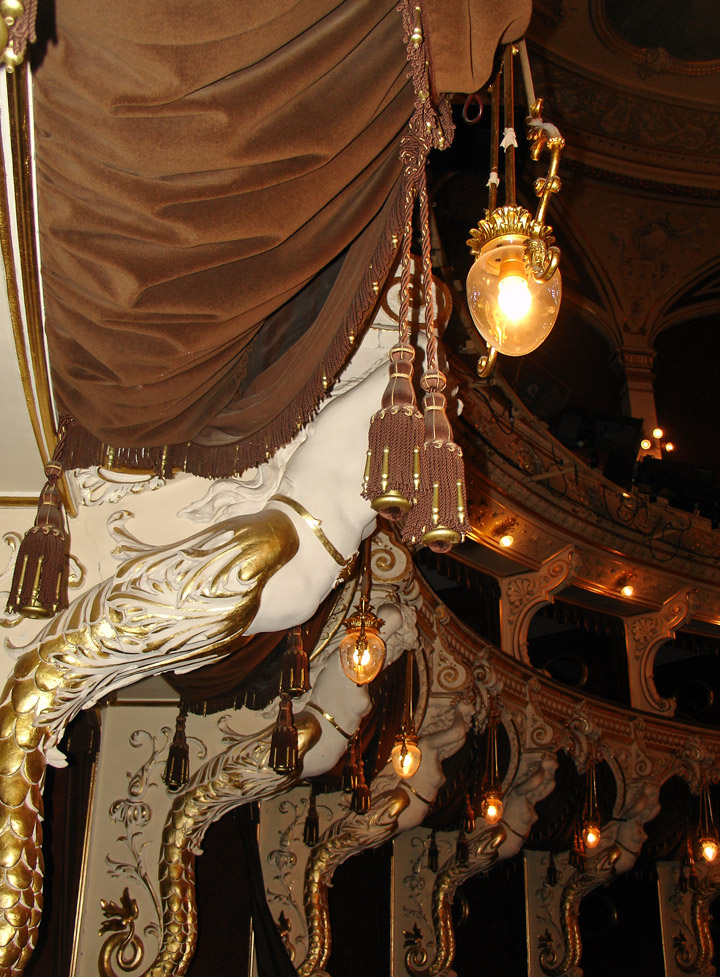 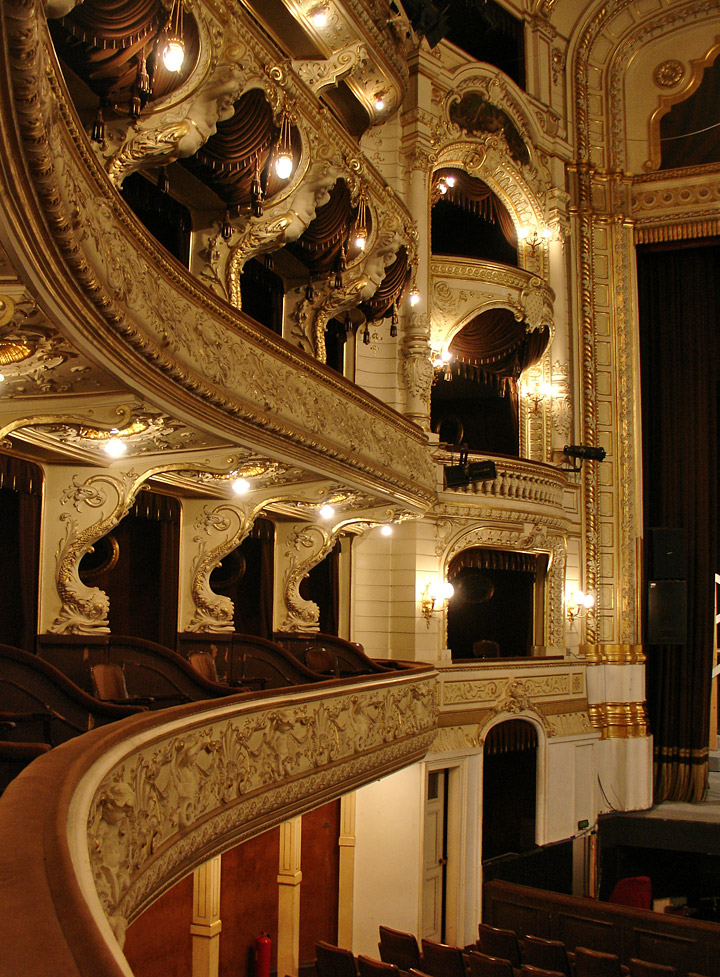 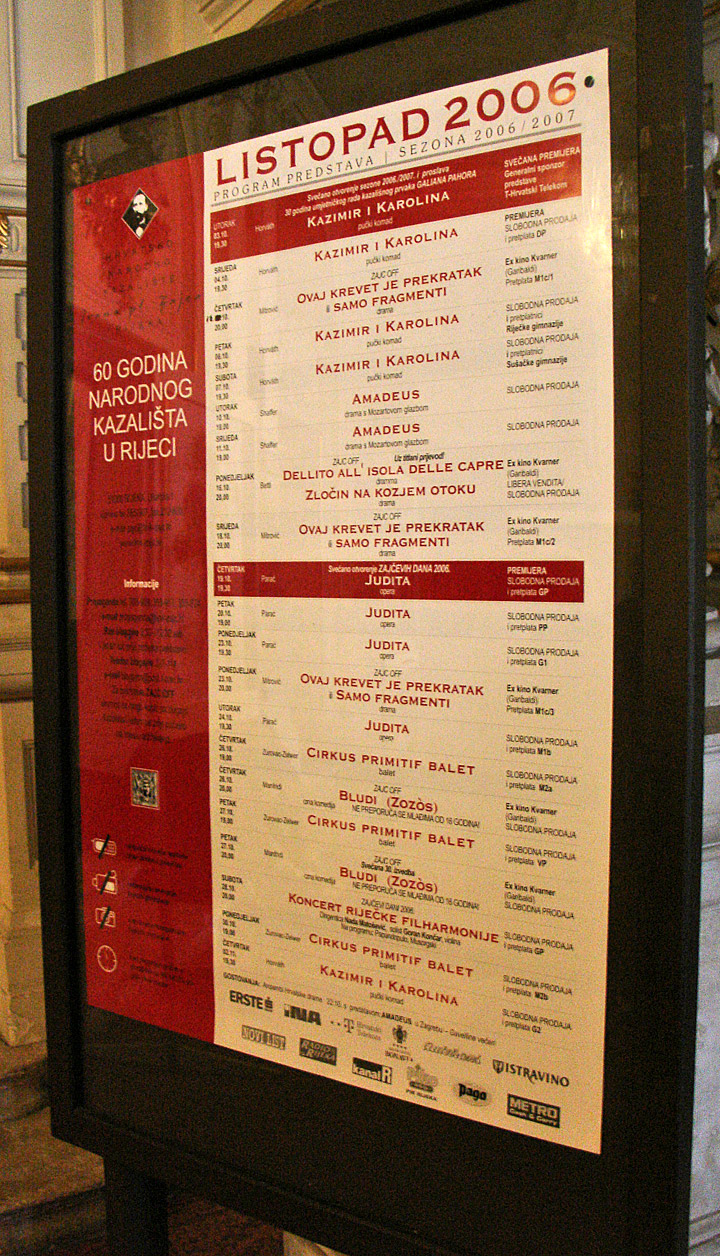