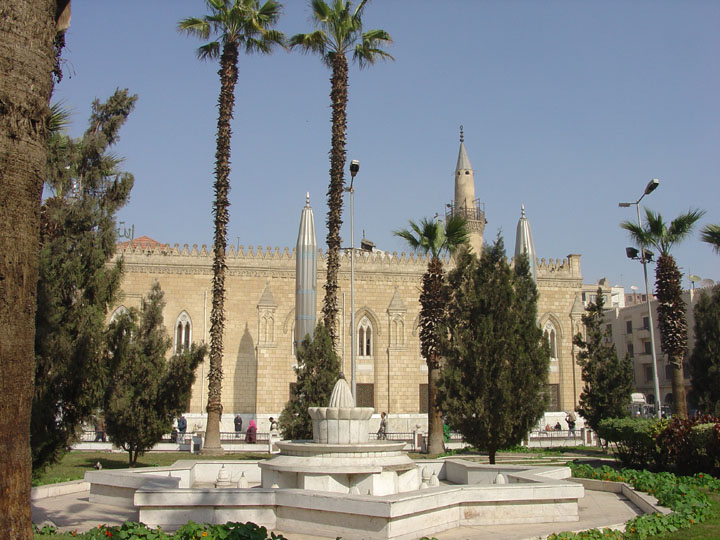 Khan el-Khalili, once known as the Turkish bazaar during the Ottoman period, is now usually just called the ‘Khan’, and the names of it and the Muski market are often used interchangeably to mean either. Named for the great Caravansary, the market was built in 1382 by the Emir Djaharks el-Khalili in the heart of the Fatimid City. 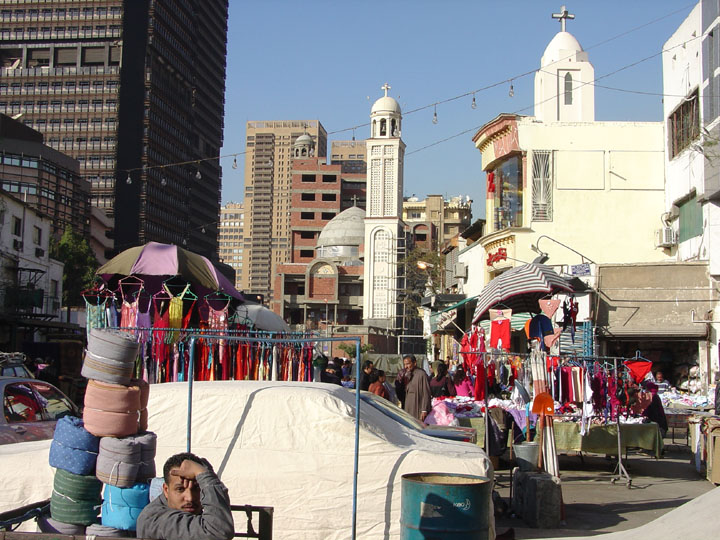 entrance to the Khan area

Together with the al-Muski market to the west, they comprise one of Cairo’s most important shopping areas. But more than that, they represent the market tradition which established Cairo as a major center of trade, and at the Khan, one will still find foreign merchants. 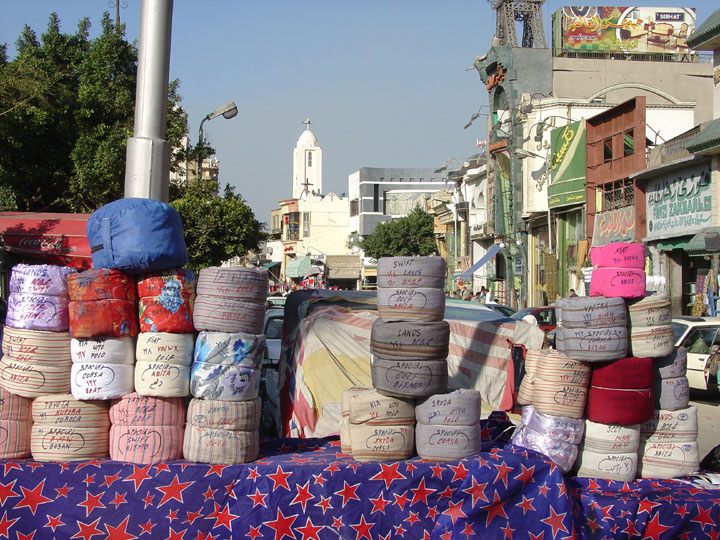 Perhaps, this market was involved in the spice monopoly controlled by the Mamluks, which encouraged the Europeans to search for new routes to the East During its early period, the market was also a center for subversive groups, often subject to raids before the Sultan Ghawri rebuilt much of the area in the early 16th century. Regardless, it was trade which caused Cairo’s early wealth, even from the time of the Babylon fort which was often a settlement of traders. 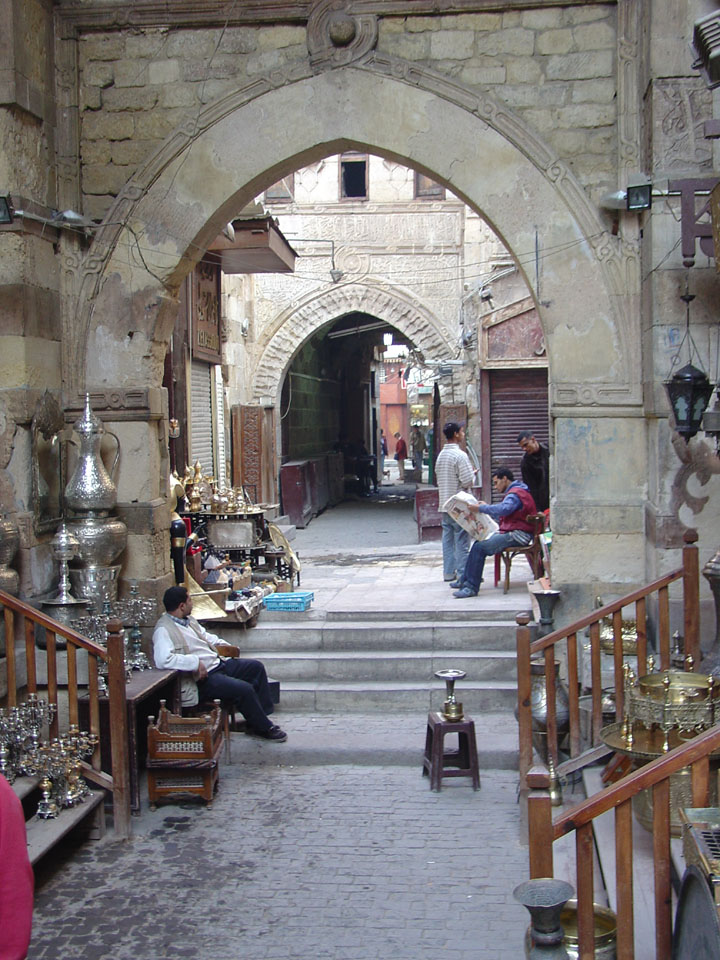 This market is situated at one corner of a triangle of markets that go south to Bab Zuwayla and west to Azbakiyyah. The Khan is bordered on the south by al-Azhar Street and on the west by the Muski Market. One of the old original gates guards the entrance to the original courtyard which lies midway down Sikkit al-Badistan et). 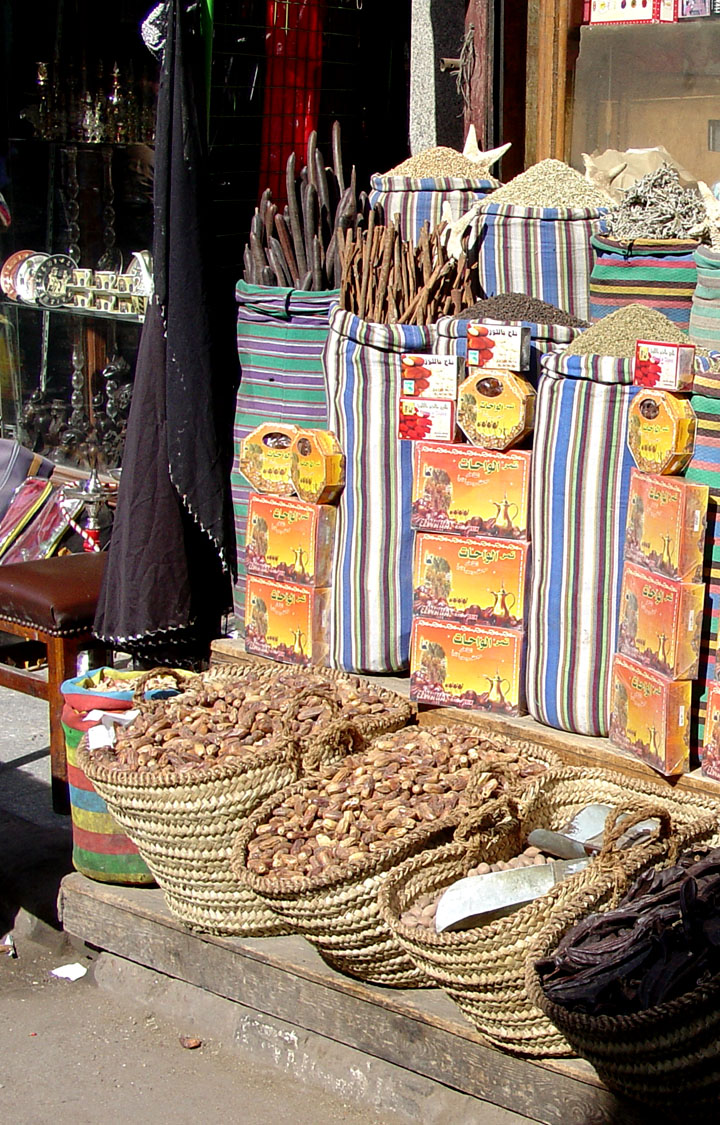 On a narrow street leading off al-Badistan, one will find the El-Fishawi Cafe, or Cafe of Mirrors, which was once a meeting place for local artists, and is still frequented by the Nobel Award winning Naguib Mahfouz, one of Egypt’s most well known authors. 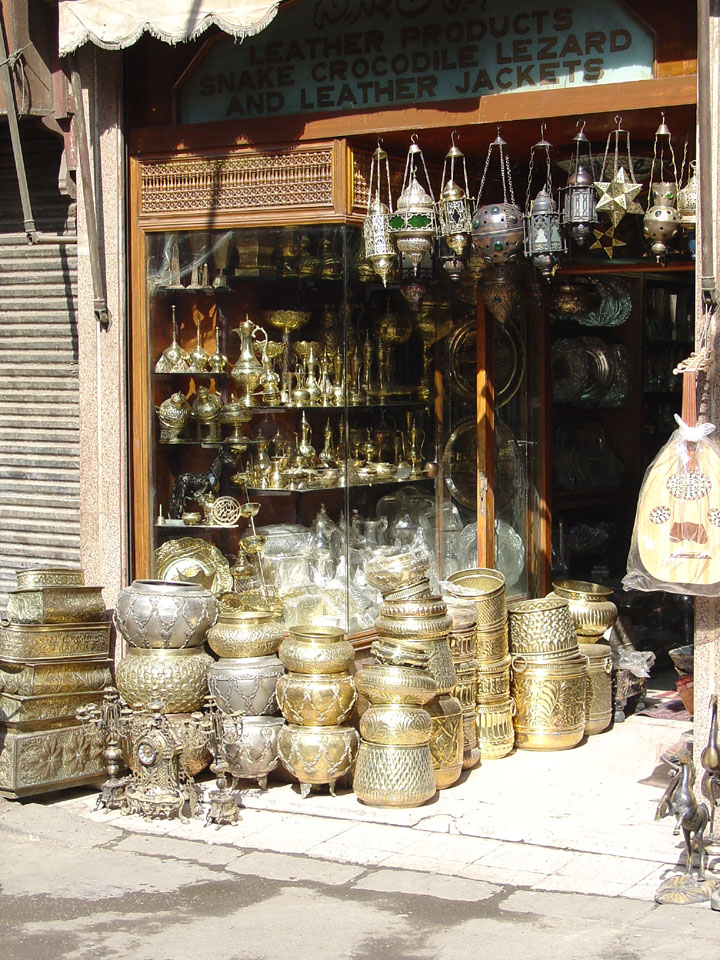 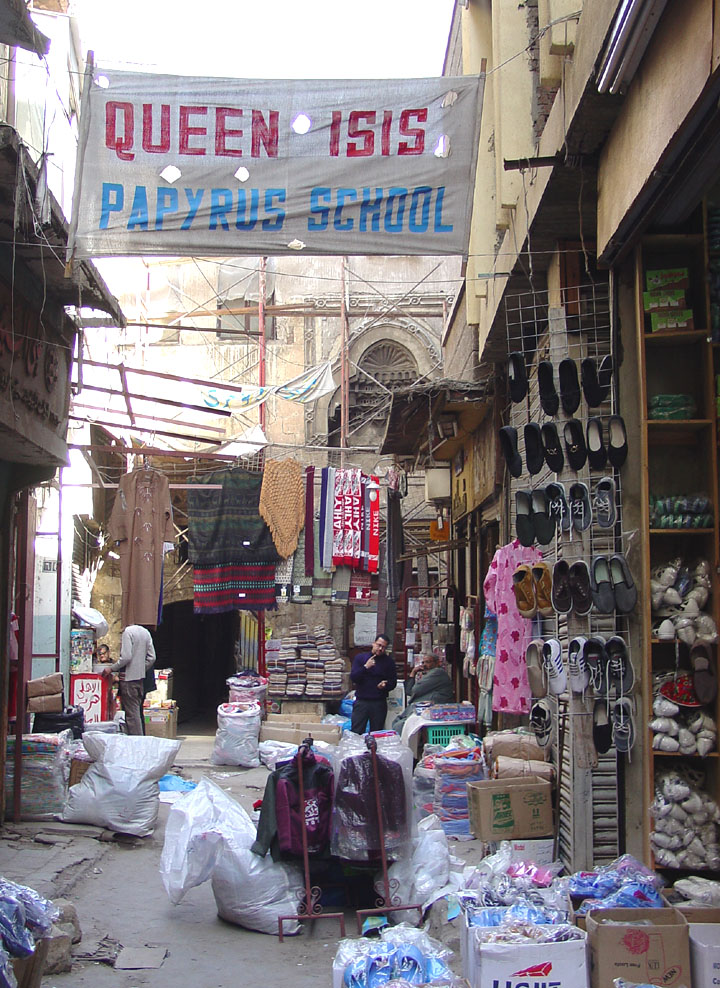 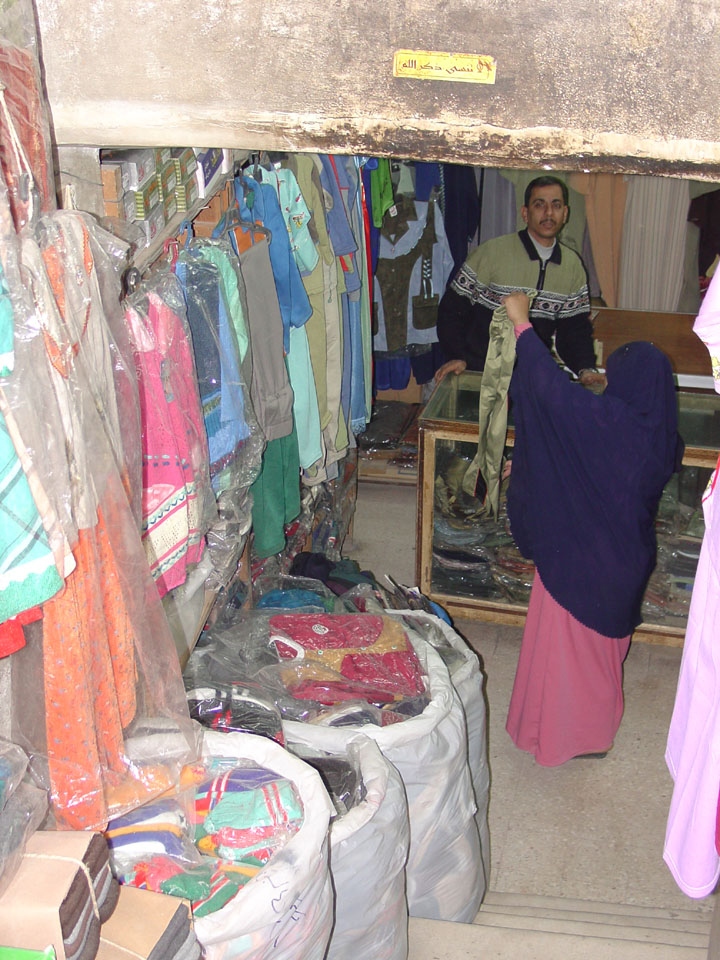 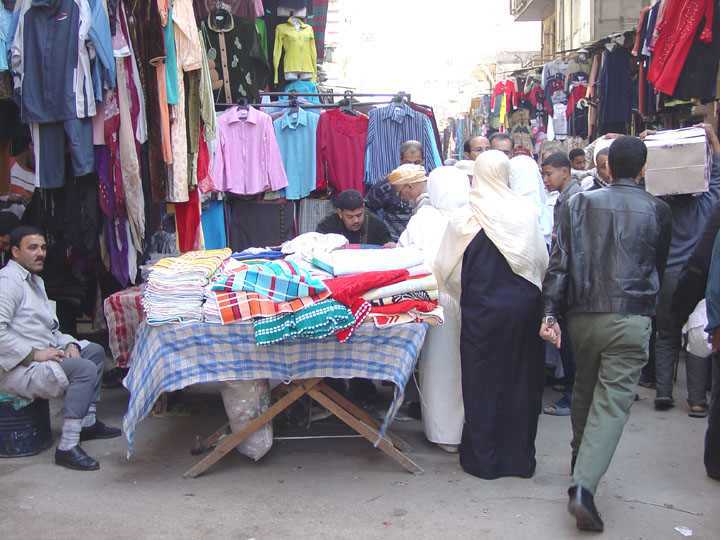 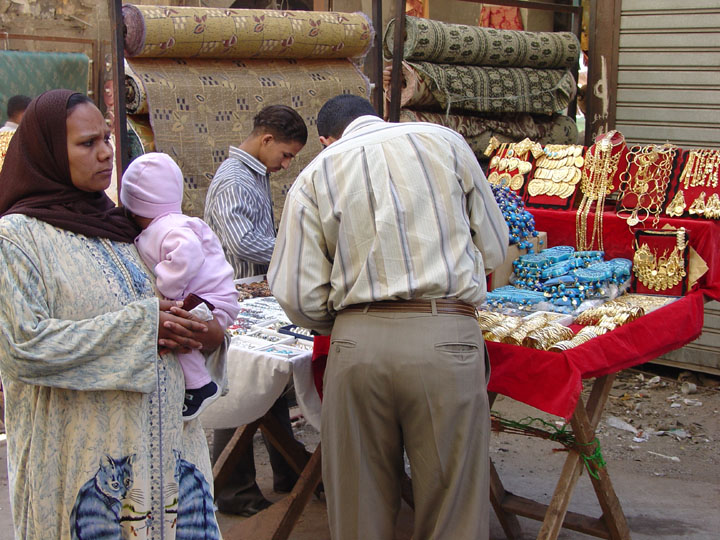 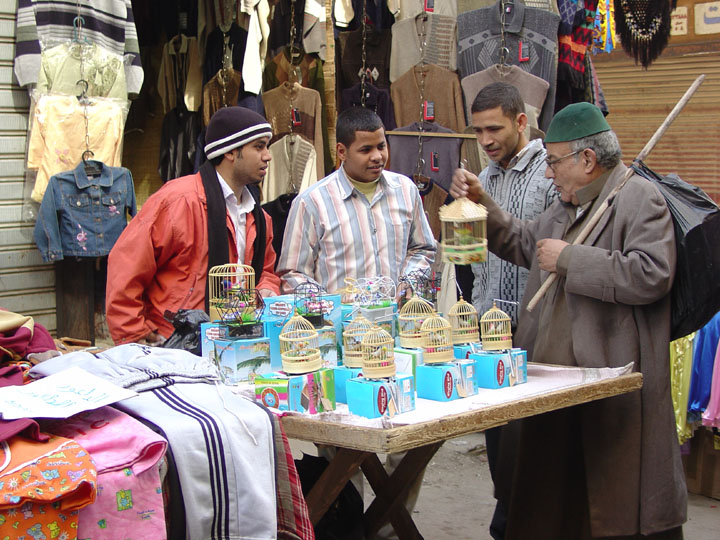 put a bird in a cage 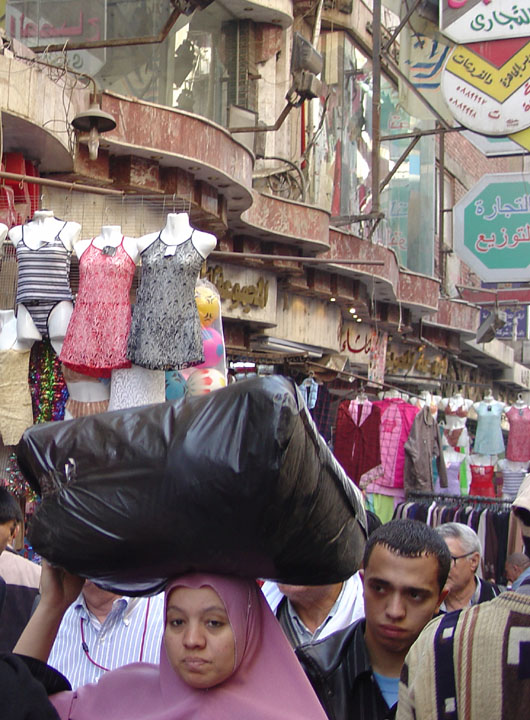 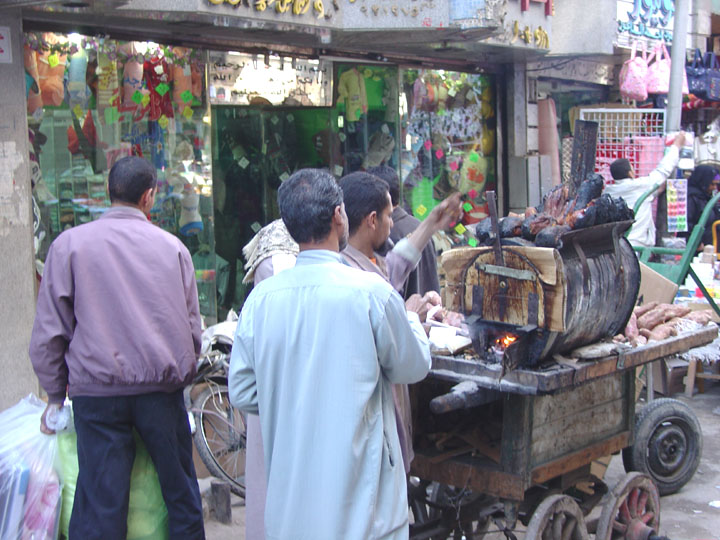 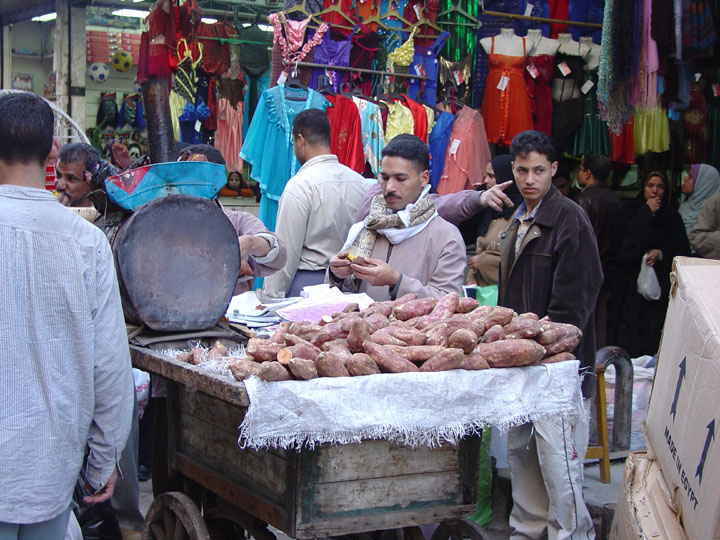 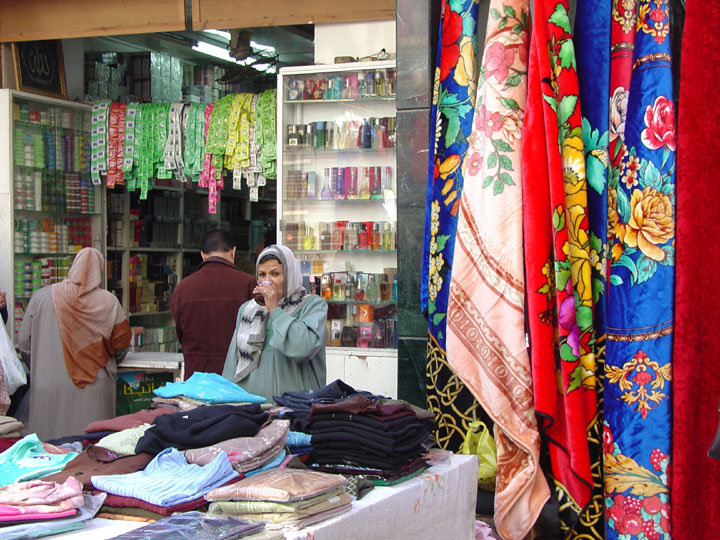 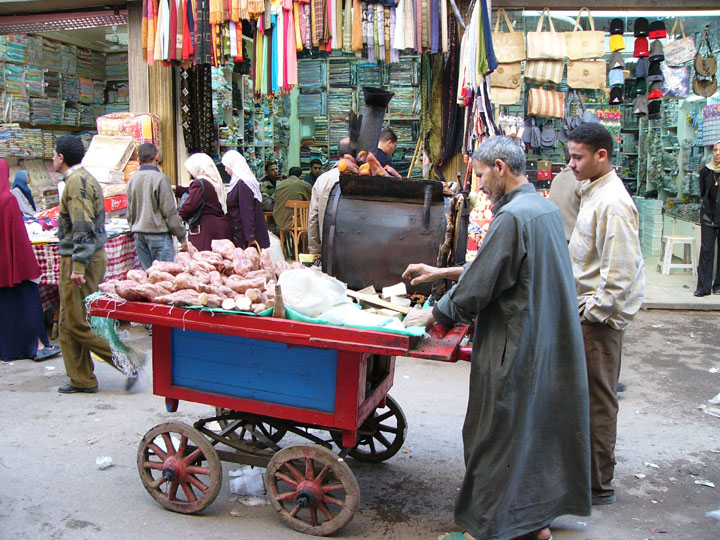 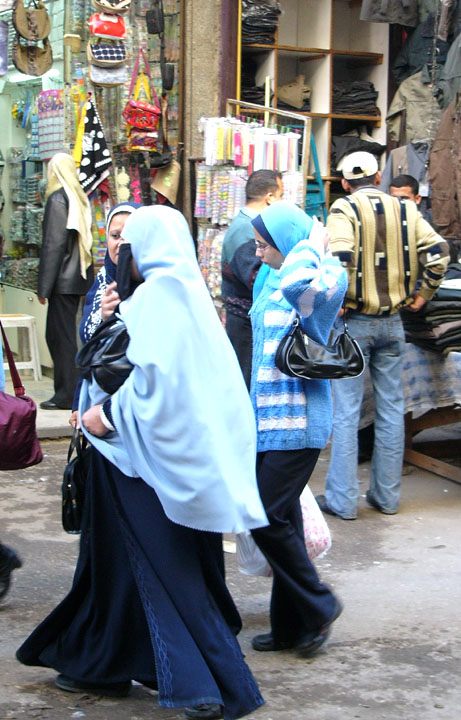 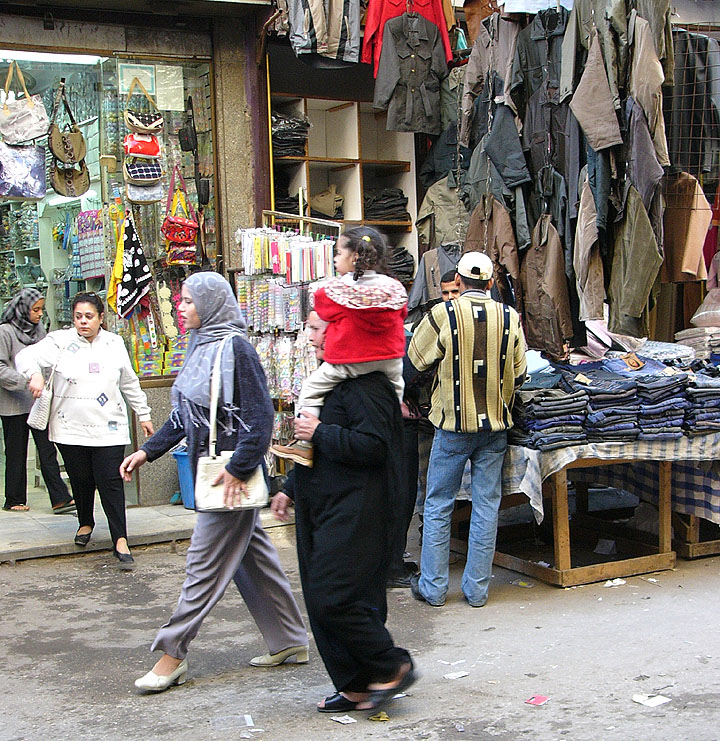 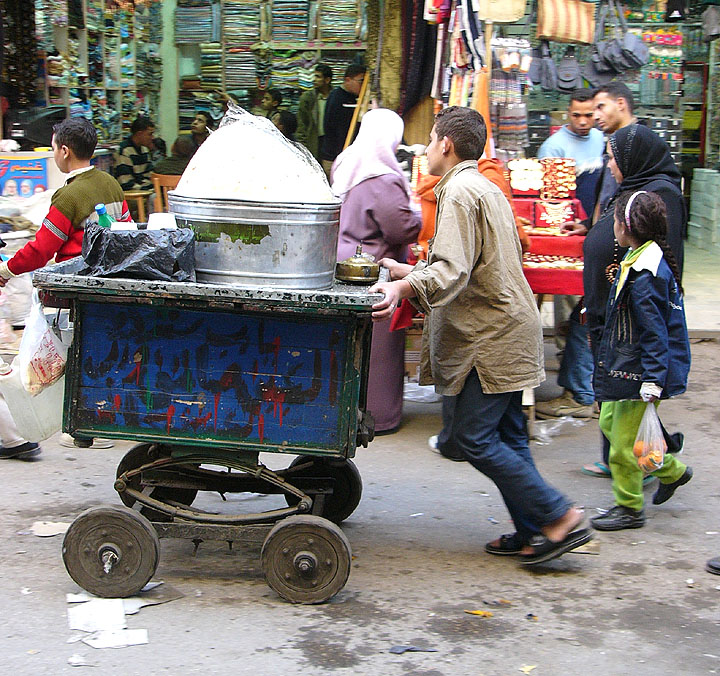 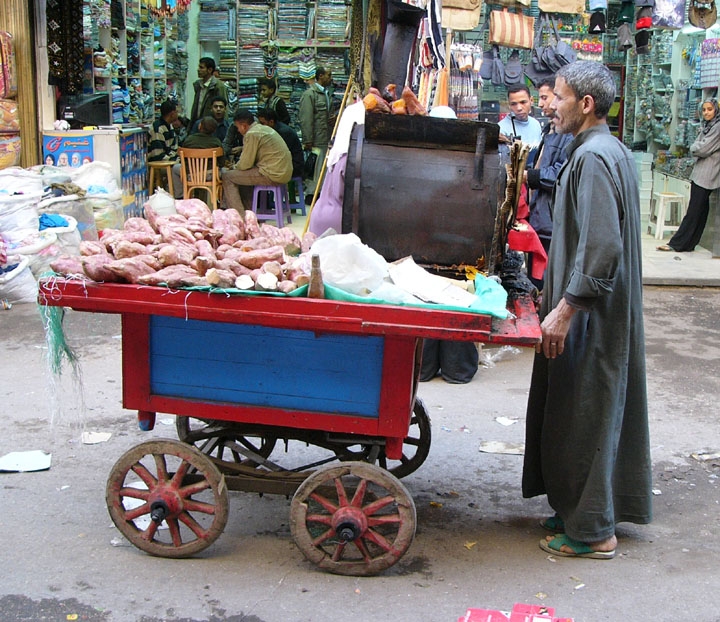 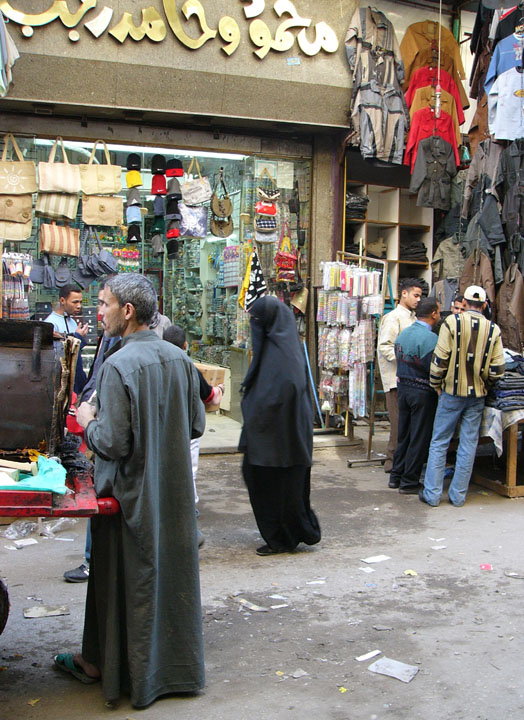 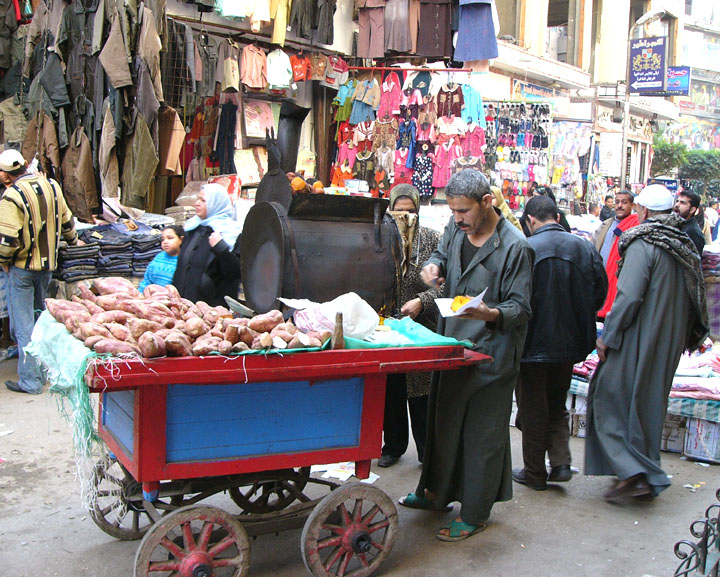 have another sweet potato 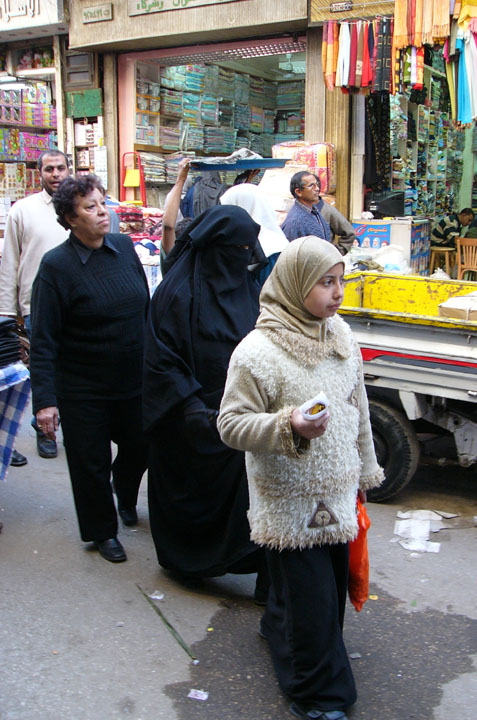 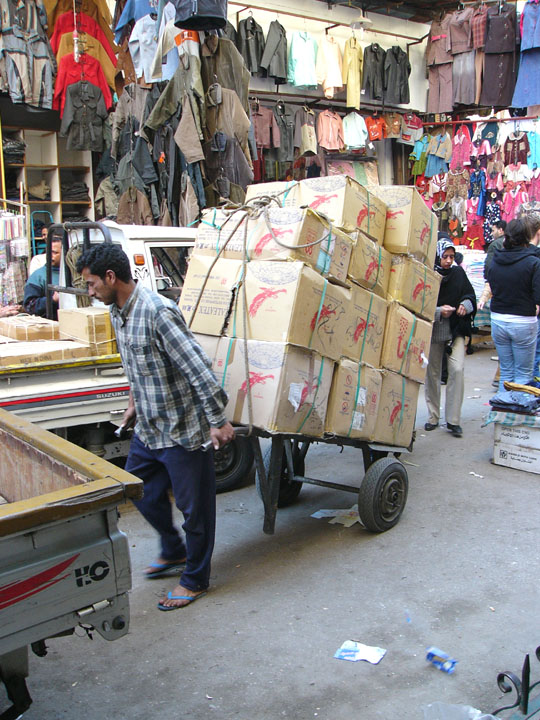 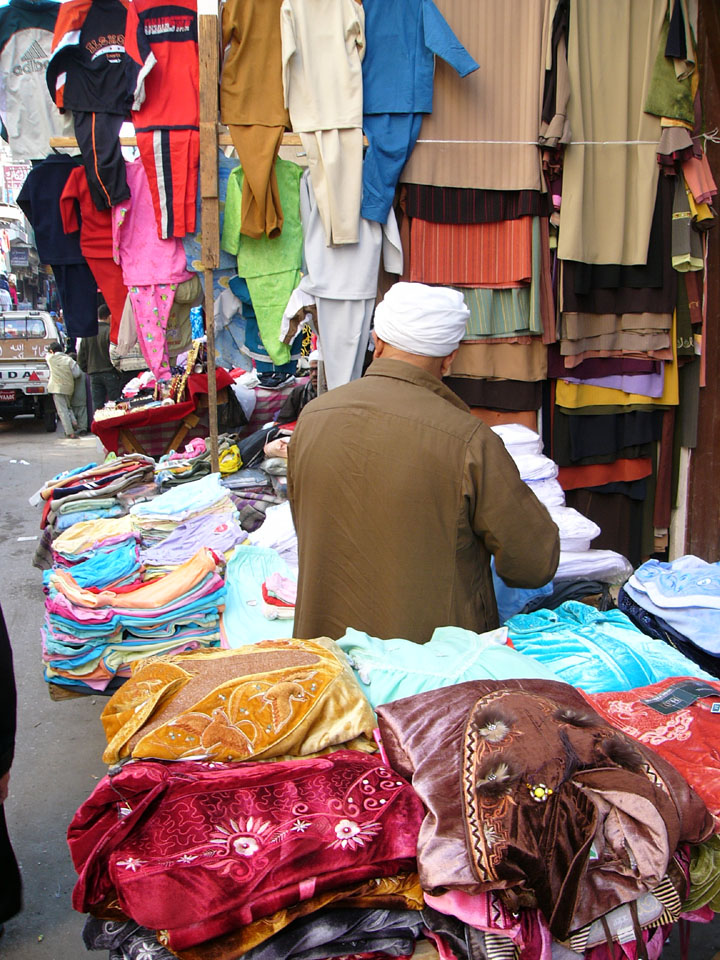 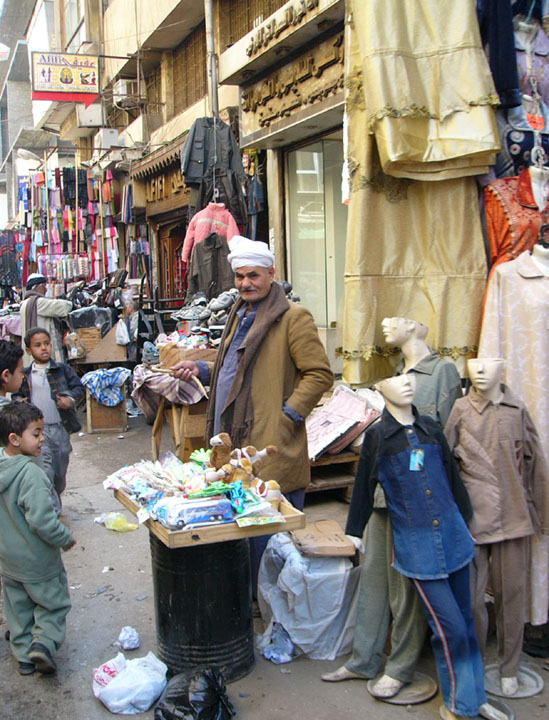 male manikins with half heads 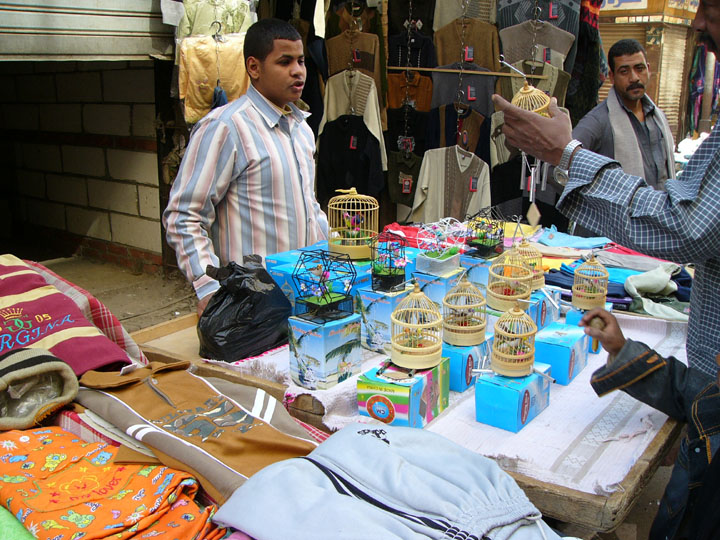 this one has no bird 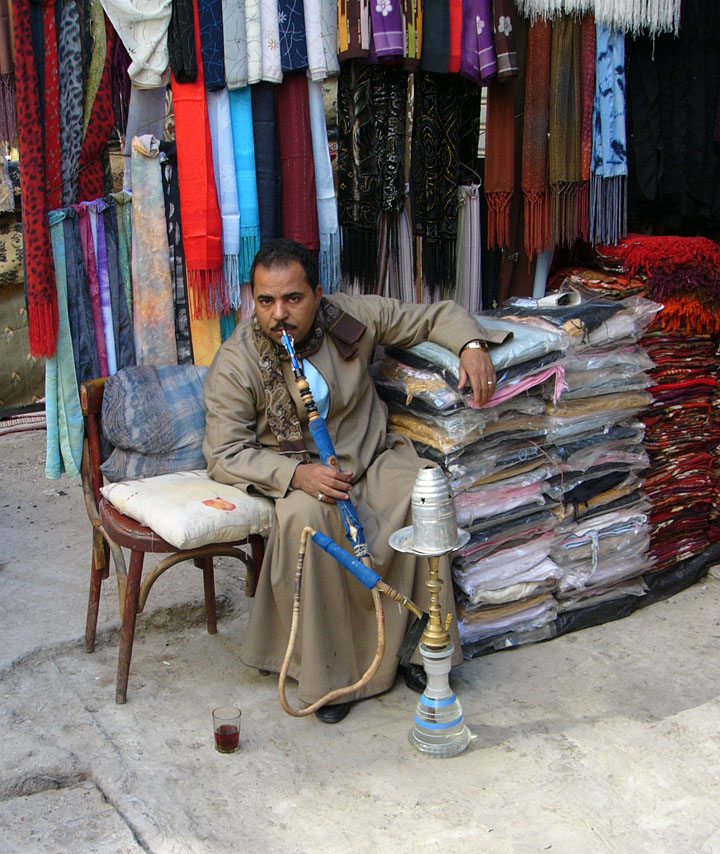 time for a smoke 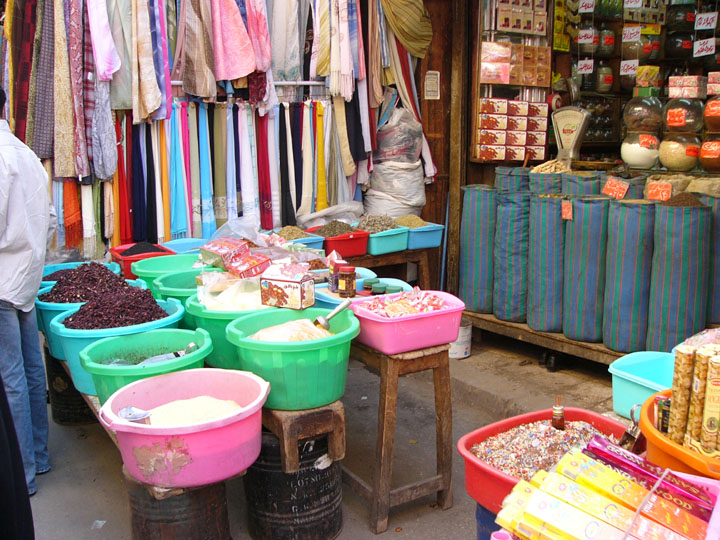 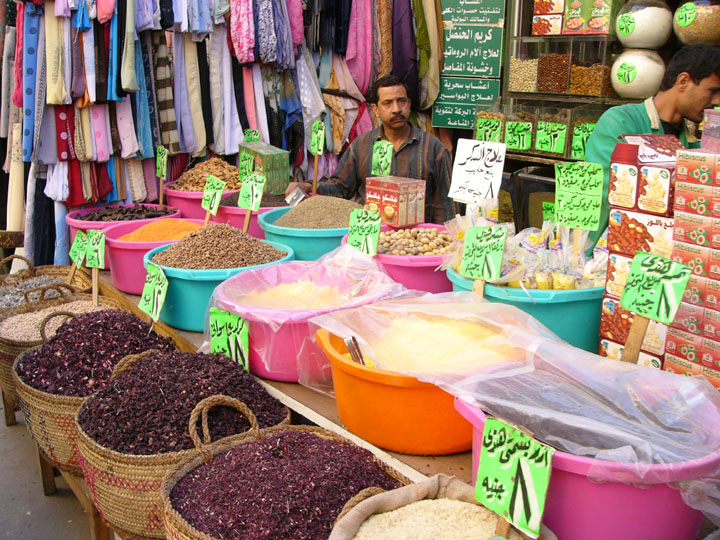