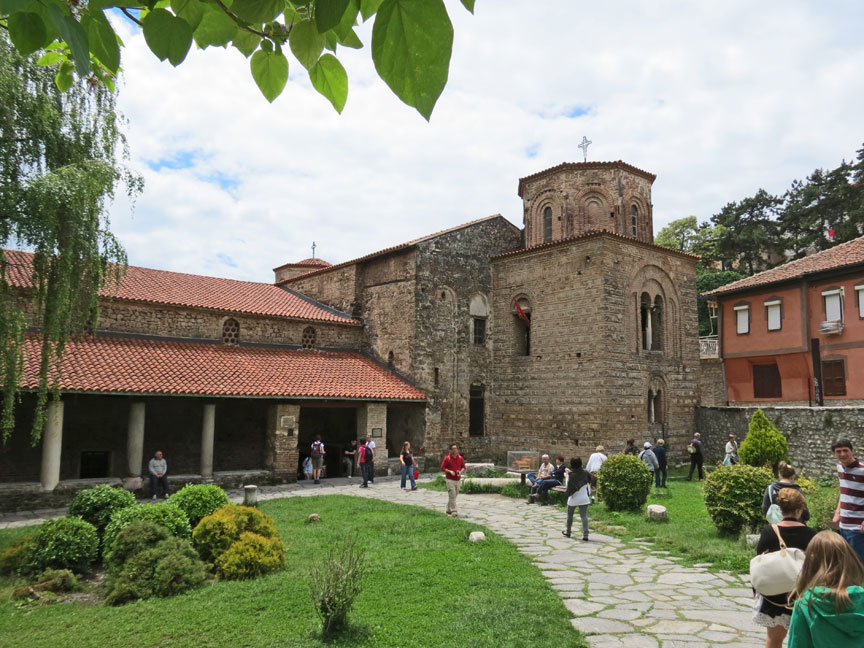 The Church of St. Sophia (Macedonian: Црква Света Софија, Crkva Sveta Sofija) is located in the city of Ohrid, Republic of Macedonia. The church is one of the most important monuments of Macedonia, housing architecture and art from the Middle Ages. It was built during the First Bulgarian Empire, after the official conversion to Christianity. Some sources date the building of the church during the rule of Knyaz Boris I (852 – 889), others during the rule of Tzar Samuel of Bulgaria (997 – 1014). 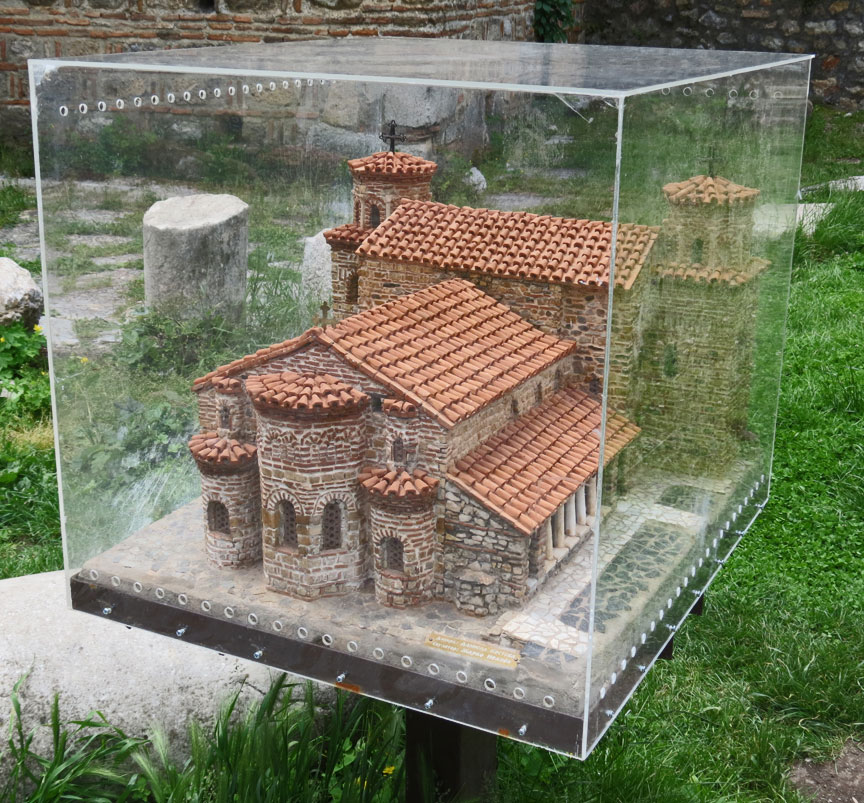 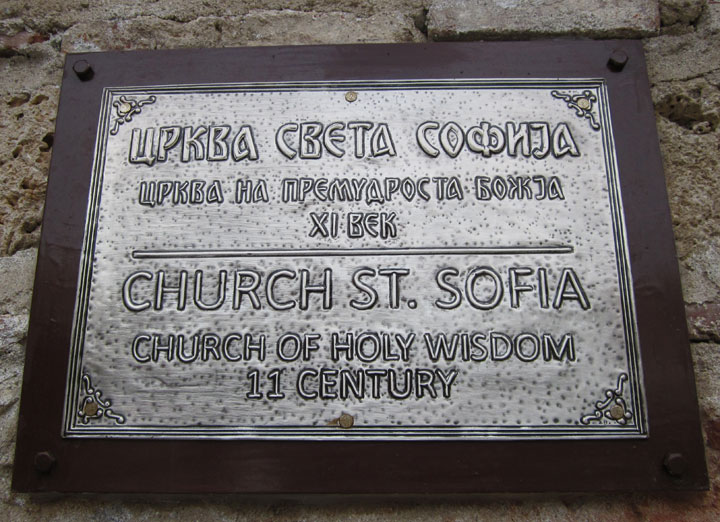 Originally the synod church of the Archbishopric of Ohrid, it was later converted into a mosque during the rule of the Ottoman Empire. The interior of the church has been preserved with frescoes from the 11th, 12th and 13th century, which represent some of the most significant achievements in Byzantine painting of the time. The main part of the church was built in the 11th century, while external additions were built by Archbishop Grigorie in the 14th century. 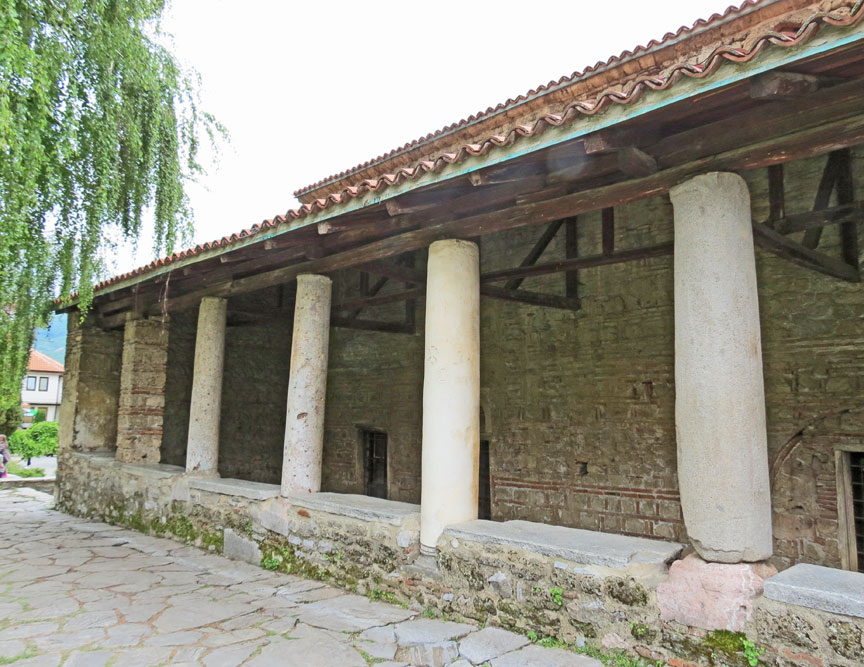 In November 2009, Macedonian Orthodox Church introduced a new Coat of Arms with church of St. Sophia as a charge on the shield. 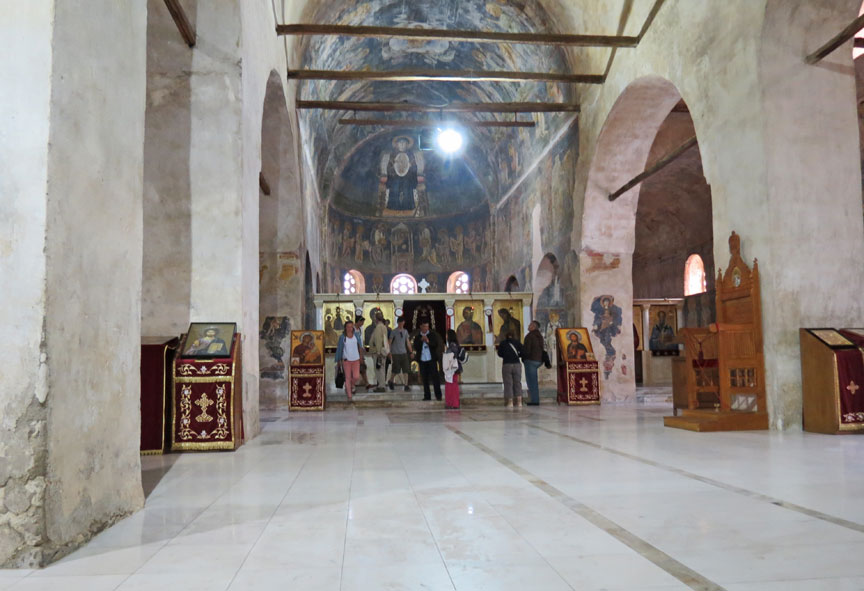 A detail from the church is depicted on the reverse of the Macedonian 1000 denars banknote, issued in 1996 and 2003 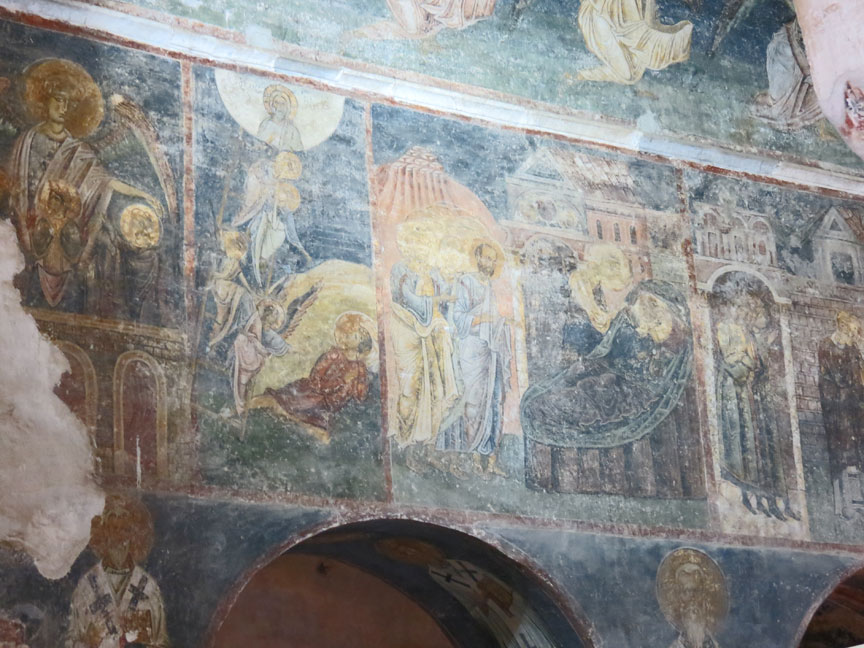 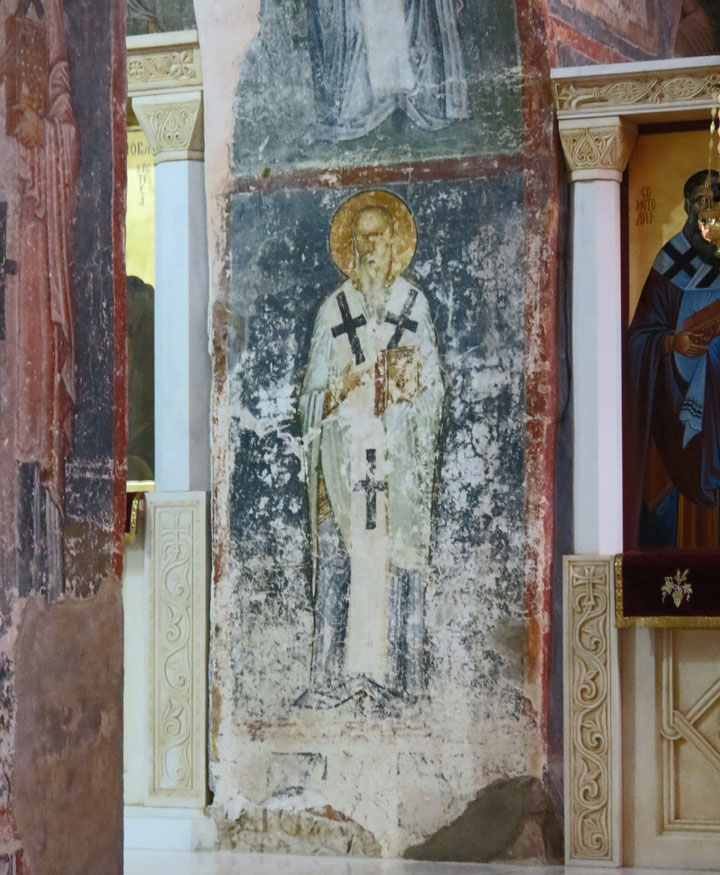 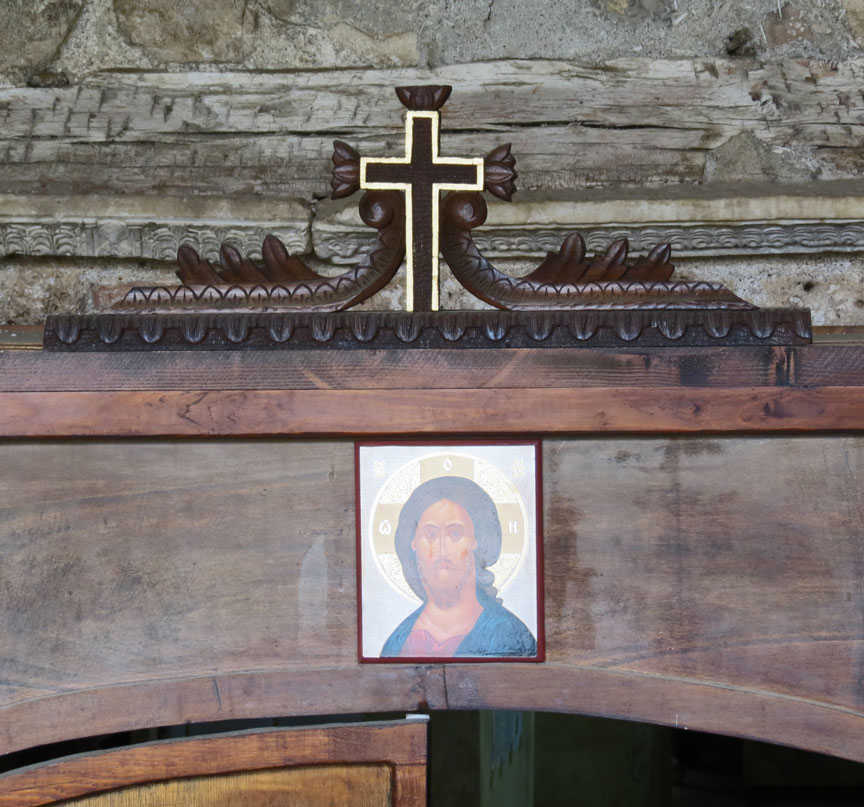 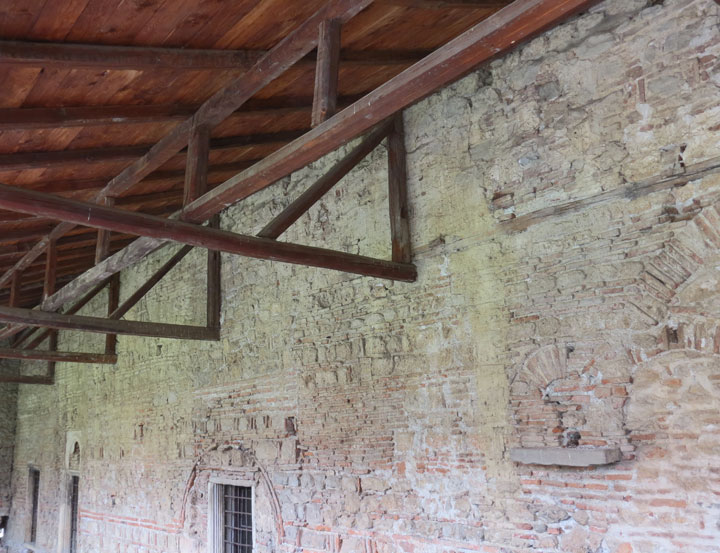 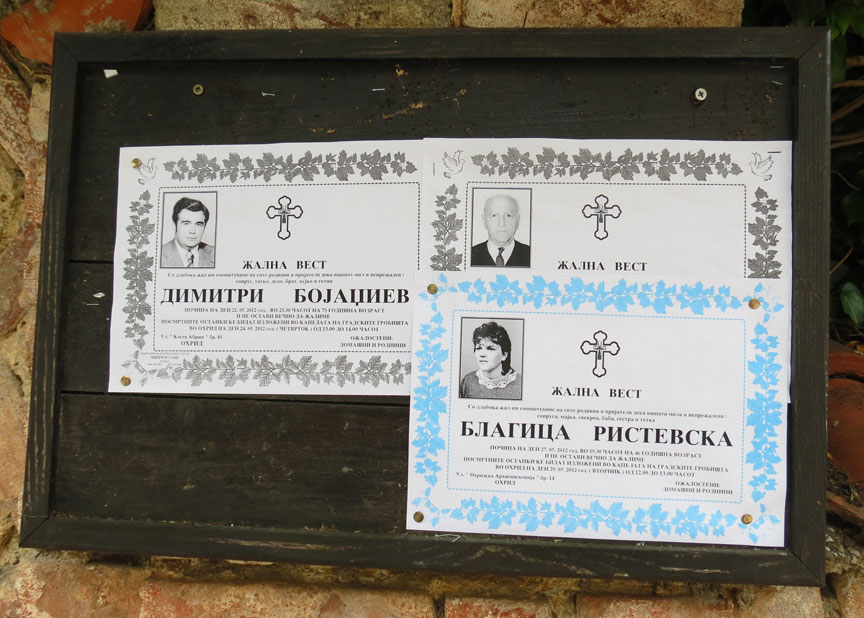 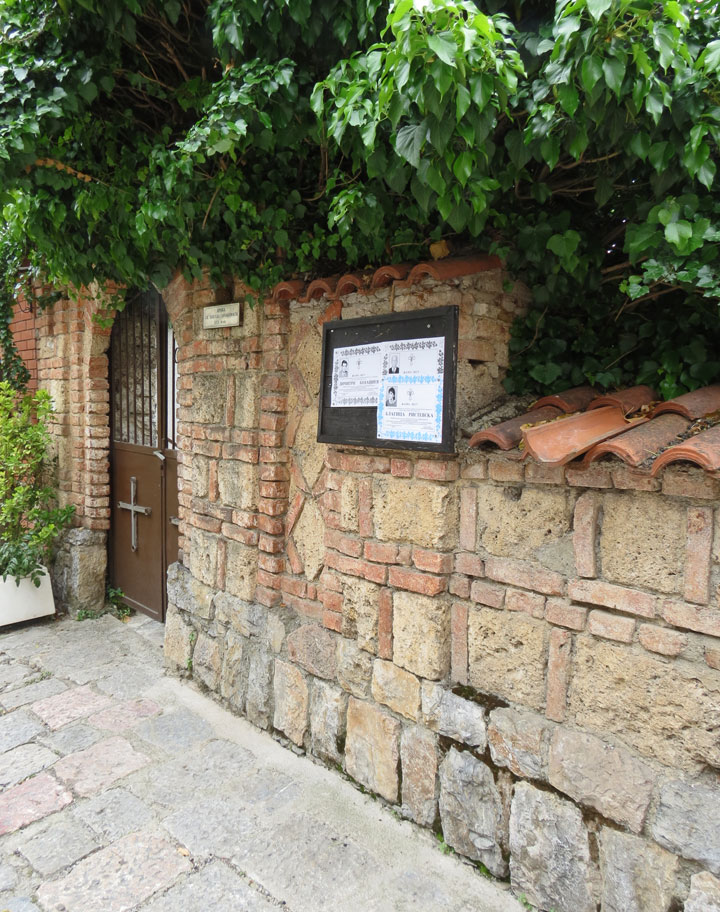 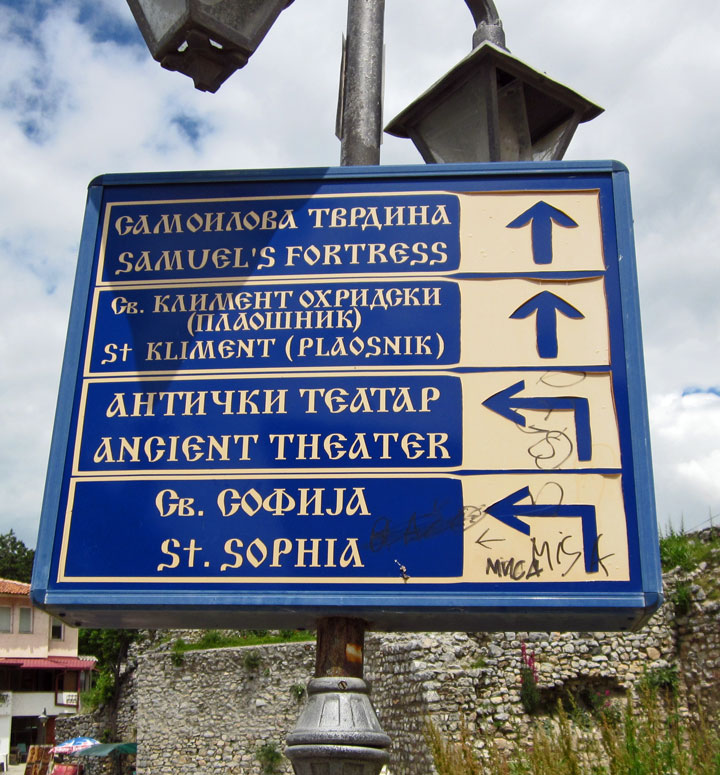 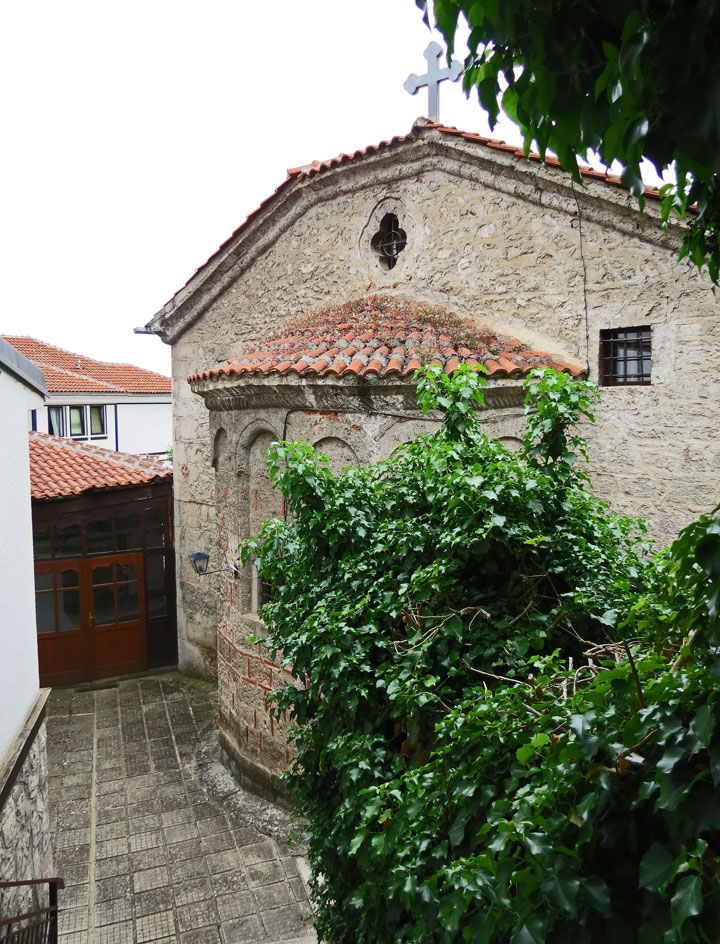 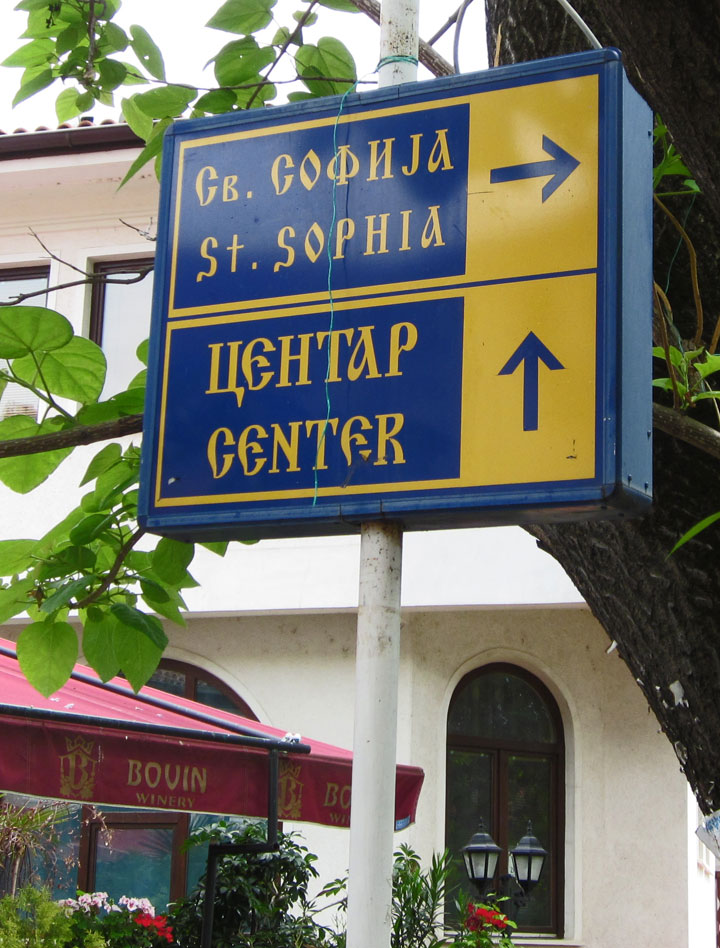 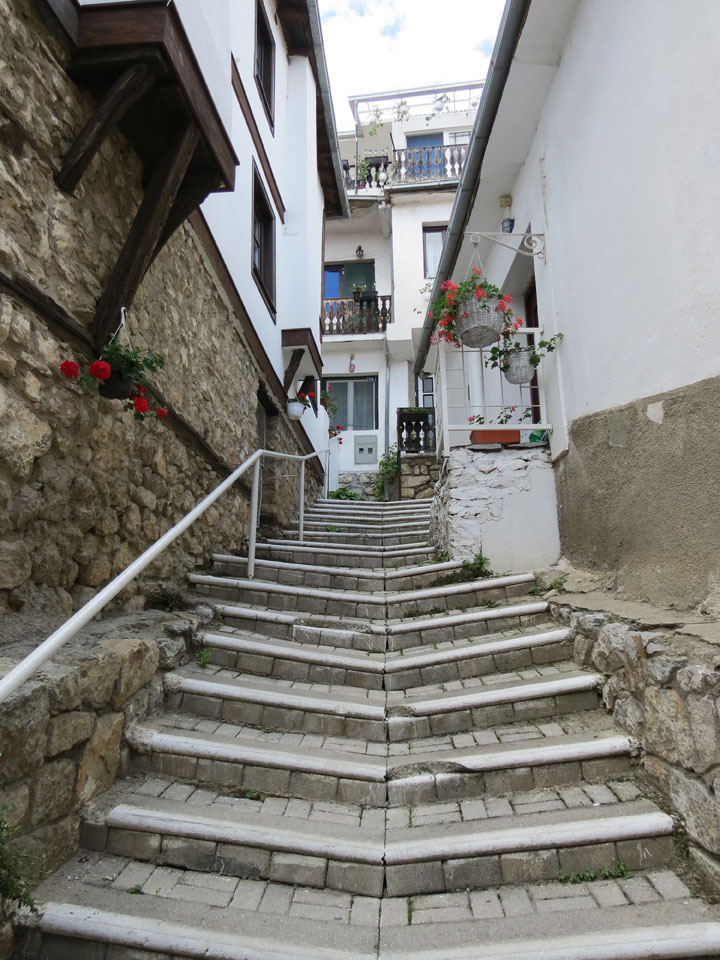 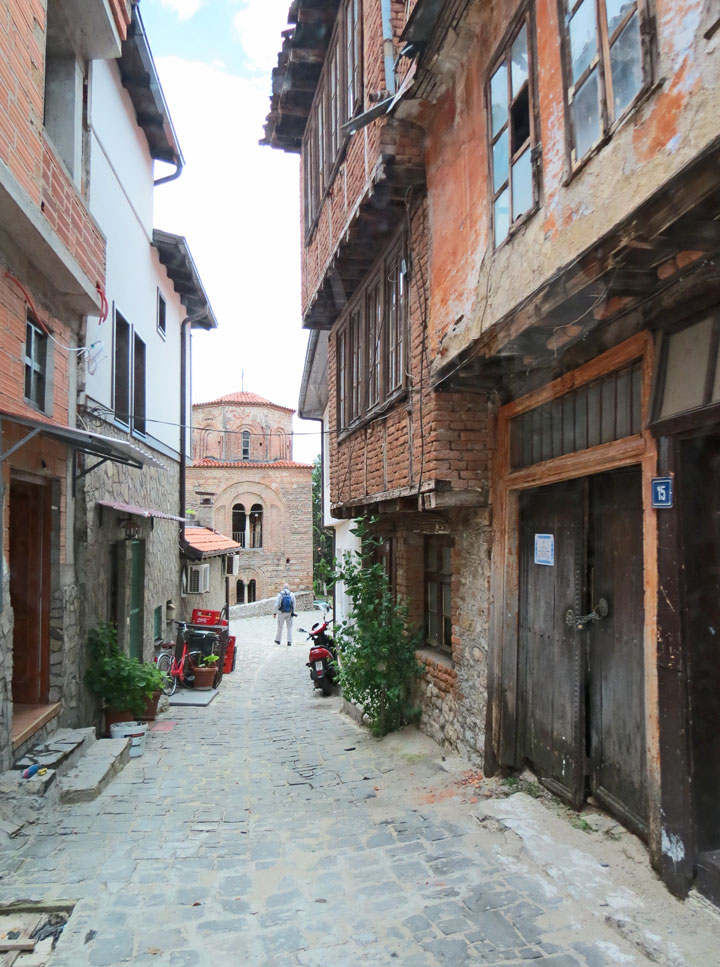 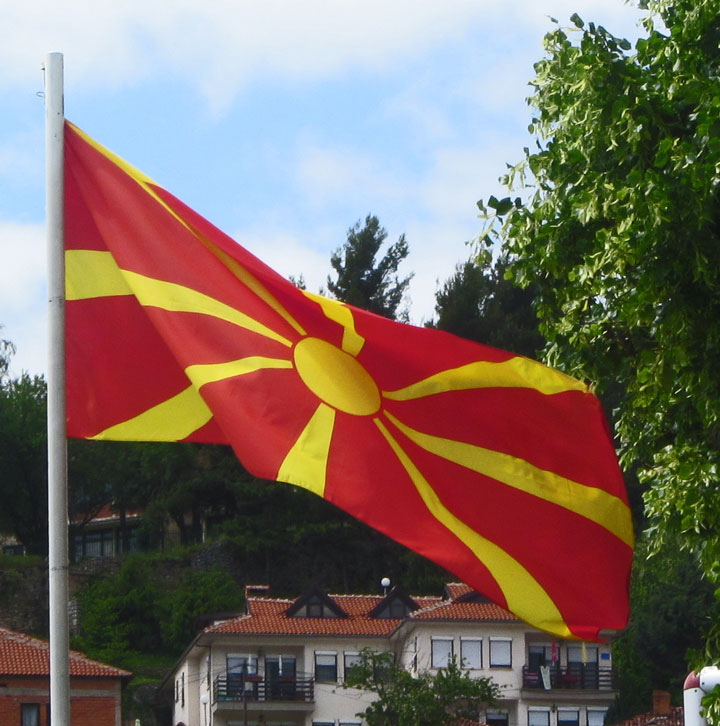